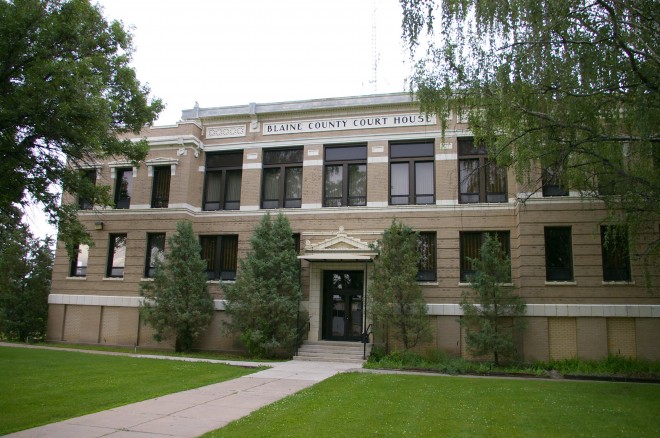 Blaine County is named for James G Blaine, who was the United States Secretary of State and a presidential candidate. 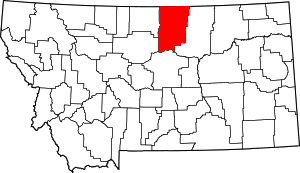 Description:  The building faces west and is a two story brown colored brick and concrete structure. The building is located on spacious landscaped grounds in the center of Chinook. The west front has a central entrance framed with stone and a small canopy. The first story is a raised basement. A cornice runs between the first and second stories and above the second story. There is a projecting north and south wing. The roof line is flat. In the interior, the County District Court courtroom is located at the center of the third story and has a skylight. On the west side of the new addition is the County Justice Court courtroom on the third story. The building houses the County District Court of the 17th Judicial District and Justice Court.  An addition was added on the south side in 1980. The architect was E F Link and Associates of Billings and the contractor was Morgen and Oswood of Great Falls.

History:  The county was created in 1912 and Chinook was selected as the county seat. The first and present courthouse was constructed in 1913 to 1914. 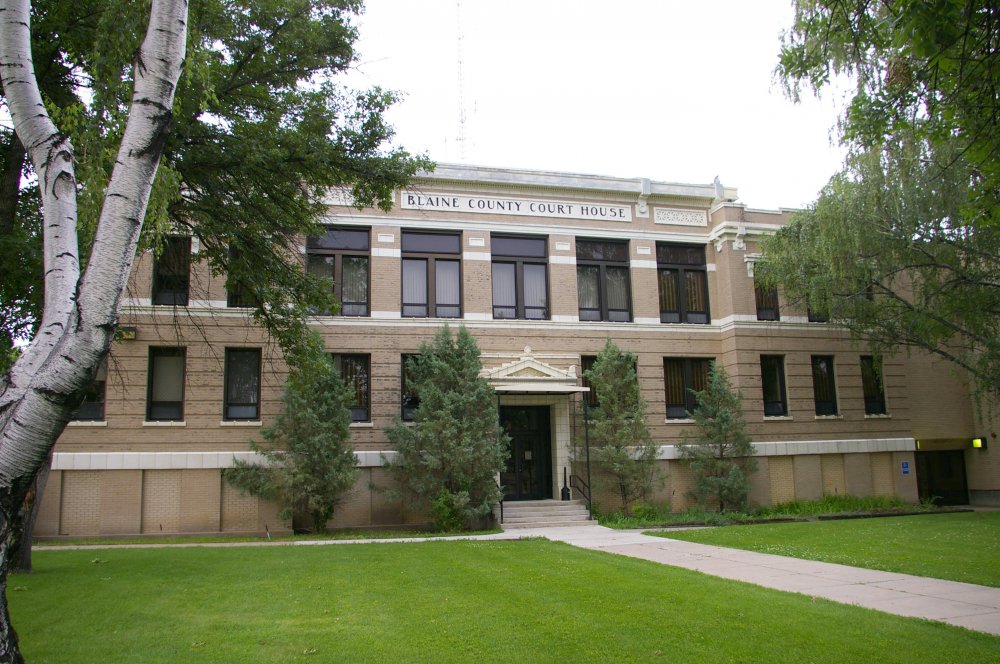 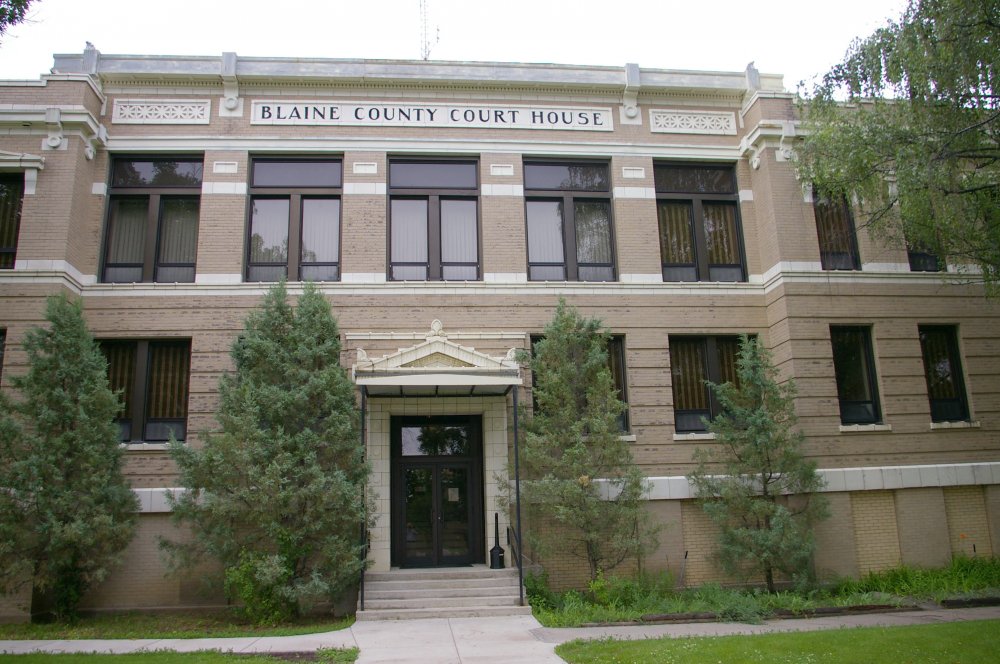 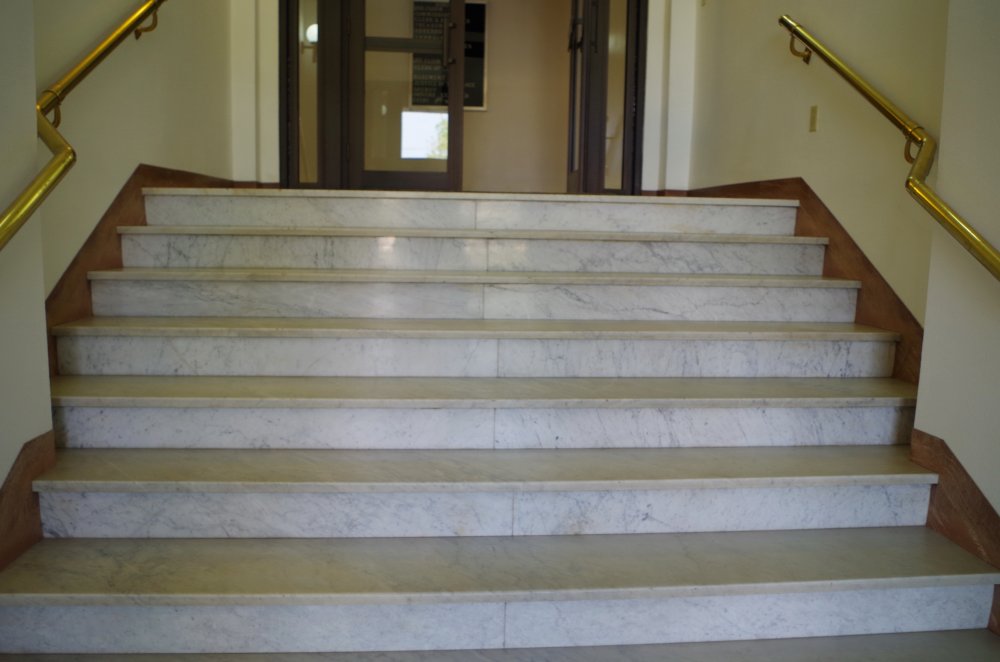 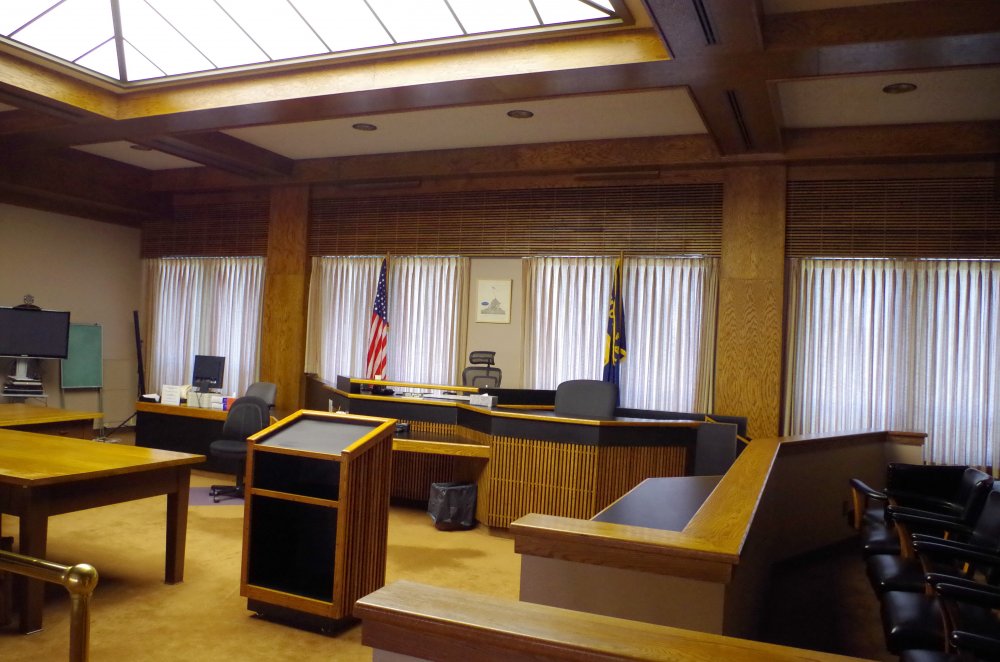