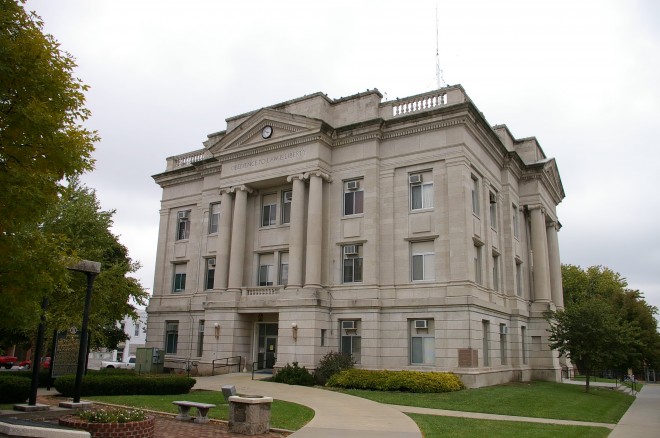 Ray County is named for John Ray, who was a Missouri state legislator.

Description: The building faces west and is a three story Bedford stone and concrete structure. The building is located on the landscaped grounds of the Courthouse Square in the center of Richmond. The building is 75 feet by 100 feet. The west front and all sides have four columns rising from the second story to the top of the third story with a pediment above which has a clock in the center. The first story is horizontal stone with a recessed entrances having small balconies on the second story. Around the roof line is a stone balustrade. In the interior, the first story lobby has the original black and white colored tile flooring. The building houses the County Circuit Court.

History:  The county was created in 1820 and Blufton was selected as the county seat. In 1827, the county seat was moved to Richmond. The first courthouse was a hewn log structure chinked with mulberry blacks built in 1829. The second courthouse was a temple-type structure copied after the courthouse in Lafayette County and built in 1857 to 1858 at a cost of $25,000. Plans were drafted by George A Kice and George W Dunn was superintendent of construction. The building was razed in the 1960’s. The third and present courthouse was constructed in 1914 to 1915. 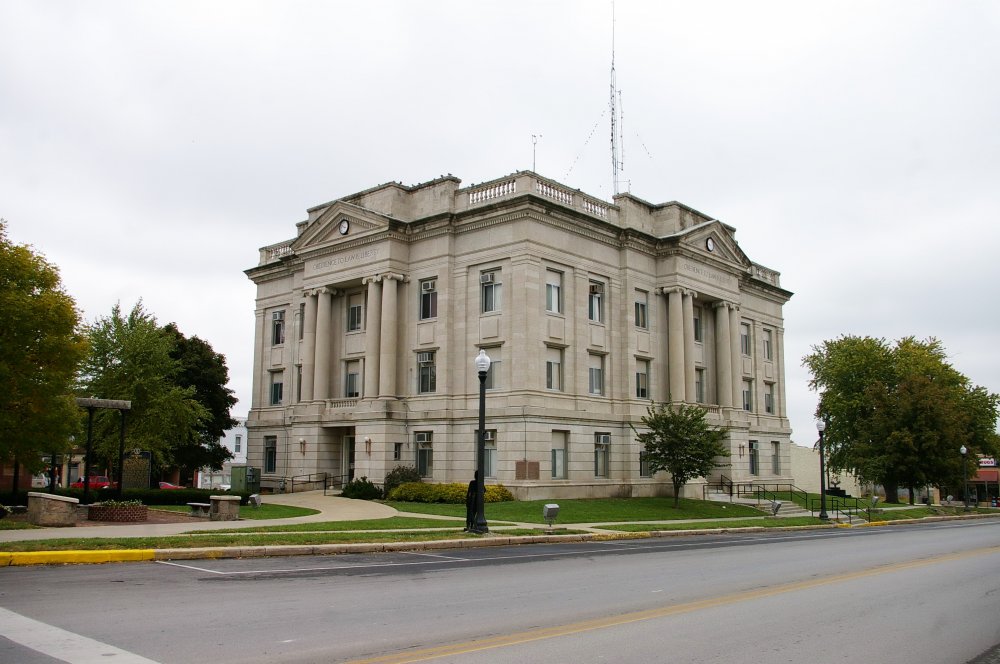 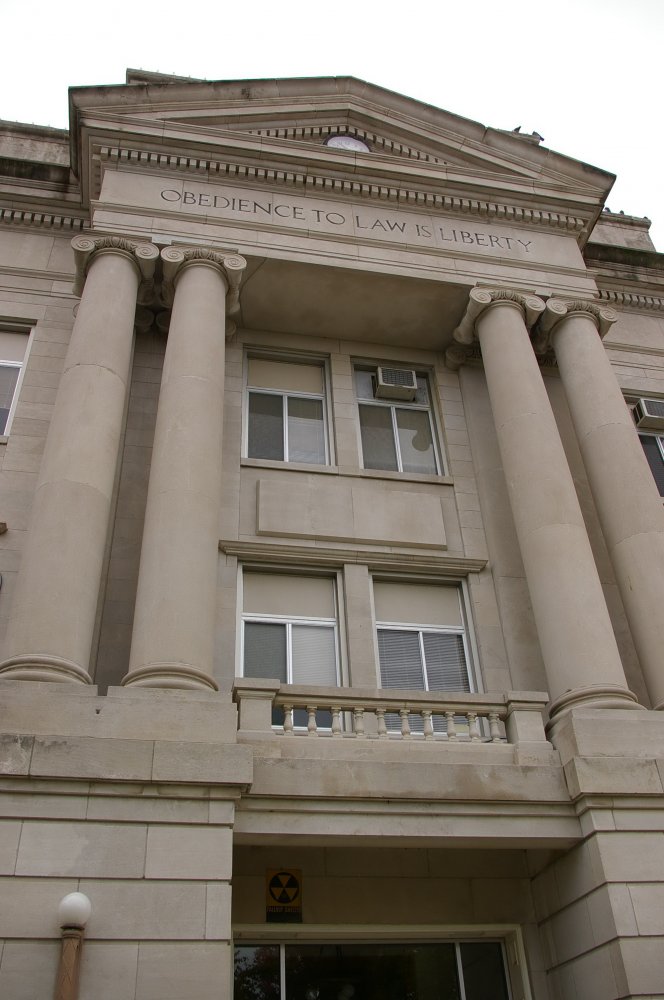 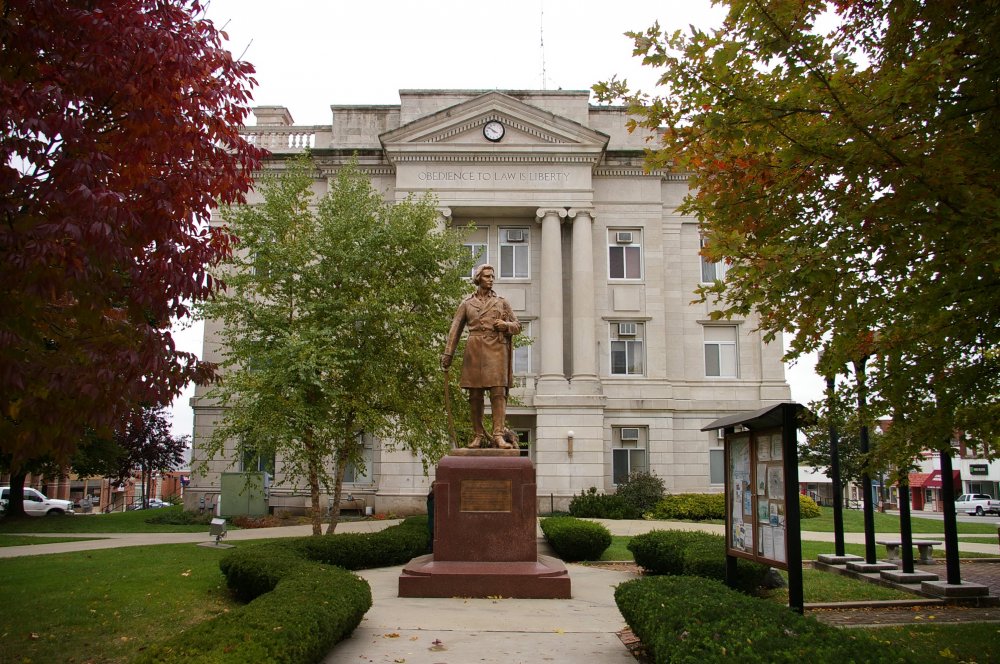 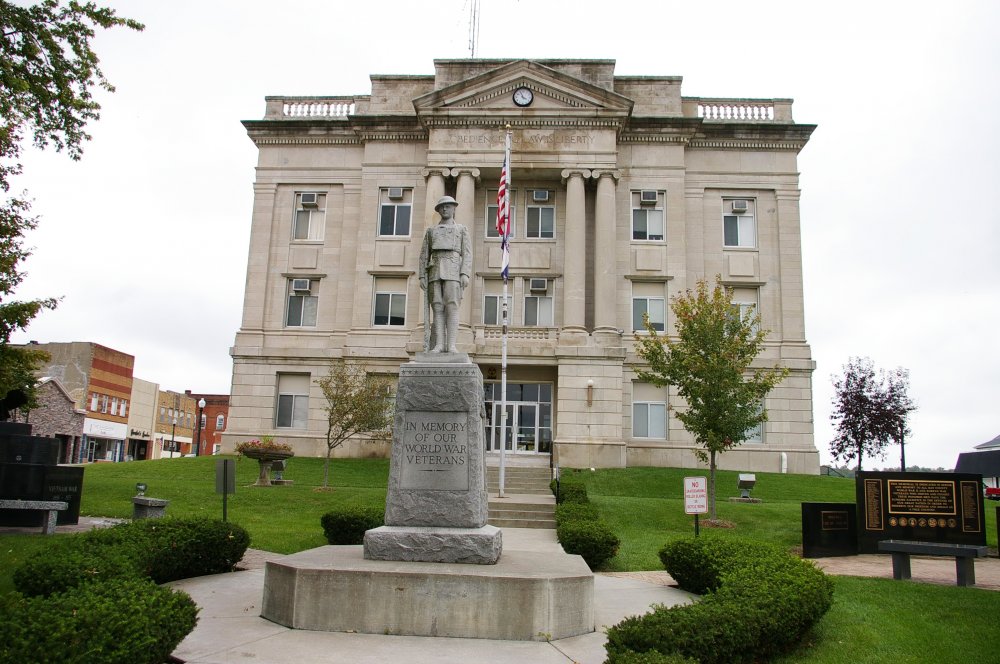 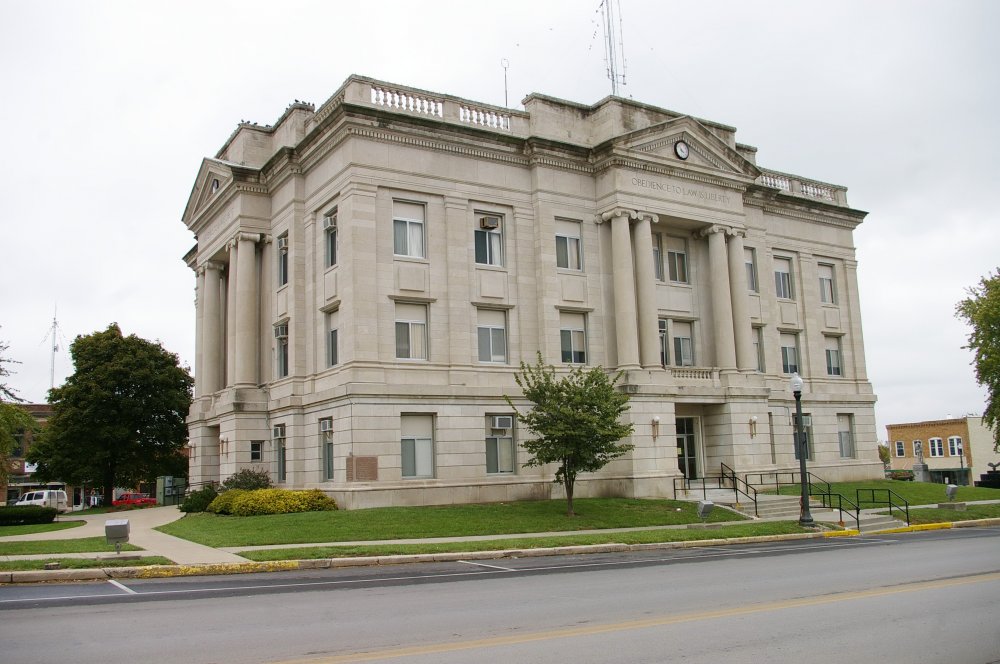 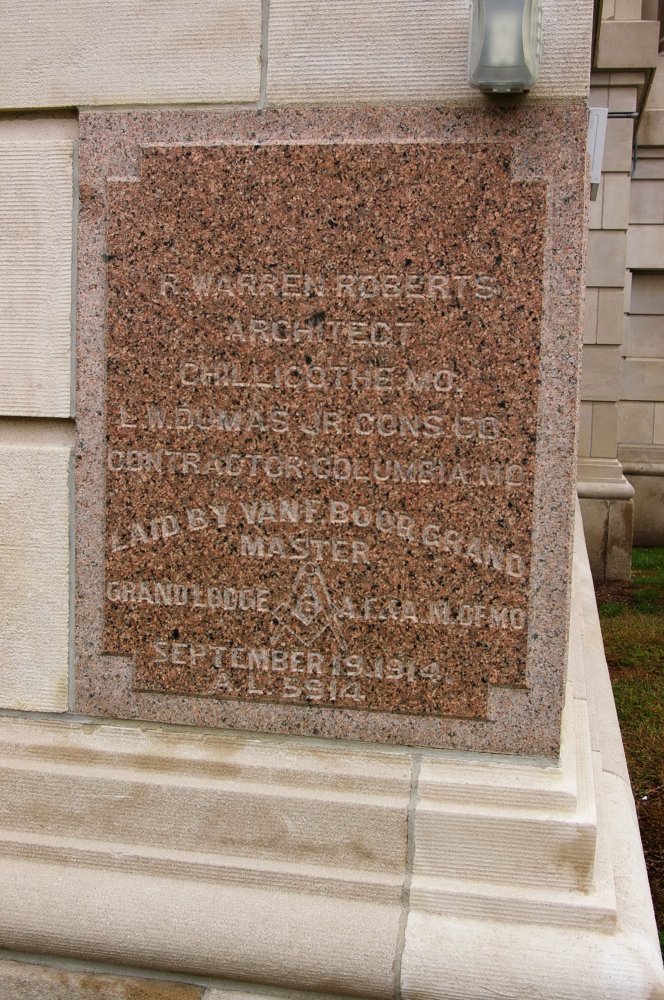 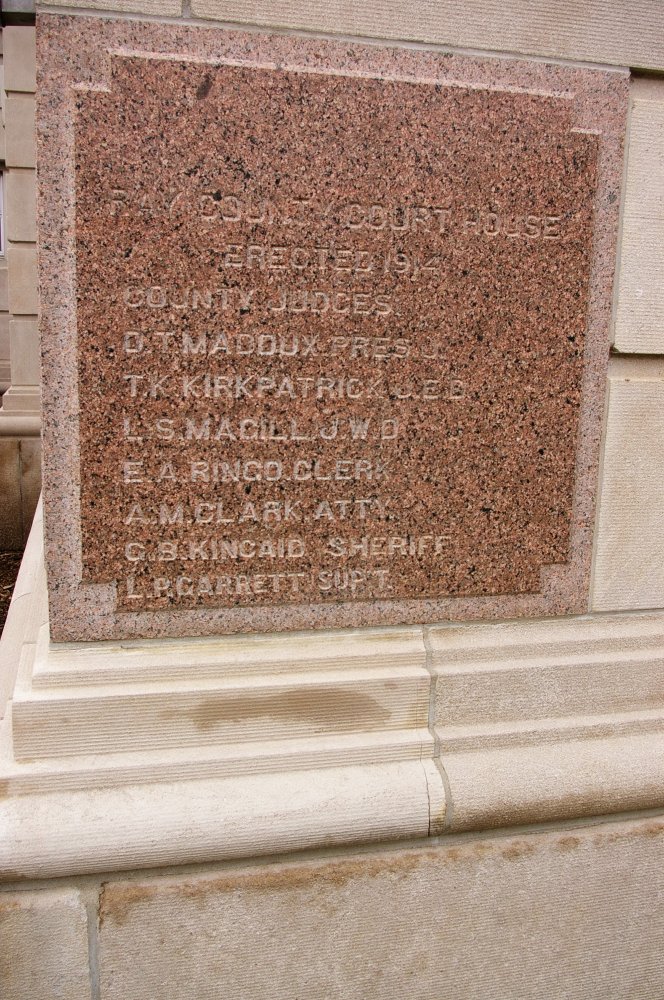