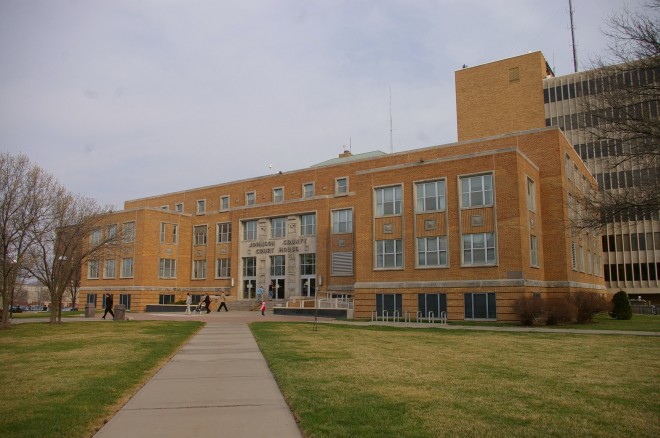 Johnson County is named for Thomas Johnson, who established a mission to the Shawnee Indians in 1829 and who was a clergyman.

Description:  The building faces south and is a three story red-orange colored brick, stone and concrete structure. The building is located on landscaped grounds in the center of Olathe. The south front has stone work around the entrances. The east and west wings extend from the main building and rise two stories. Behind the south entrance section, the building rises to three stories. A second addition was added in 1954 and again in 1968. An eight story tower was added on the north side of the building in 1972 and the addition was completed in 1976.

Note:  The first and previous courthouse was designed by George  P Washburn and constructed by J S Beverfordon in 1891 to 1892 at a cost of $36,414. The building was demolished but the cornerstone stands in front of the second and present courthouse. 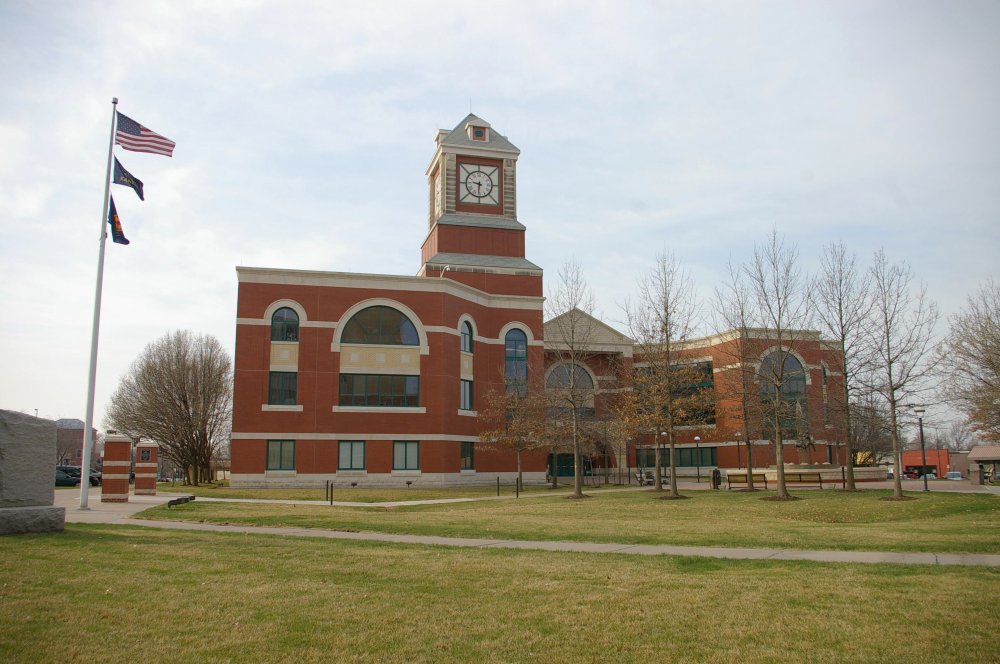 Description:  The building faces north and is a three story red colored brick, stone and concrete structure. The building is located on landscaped grounds to the south of the courthouse, in the center of Olathe. The north front has a recessed entrance section with a large wing extending north on the east side and a smaller wing on the west side. To the east of the entrance section rises a high square brick clock tower. 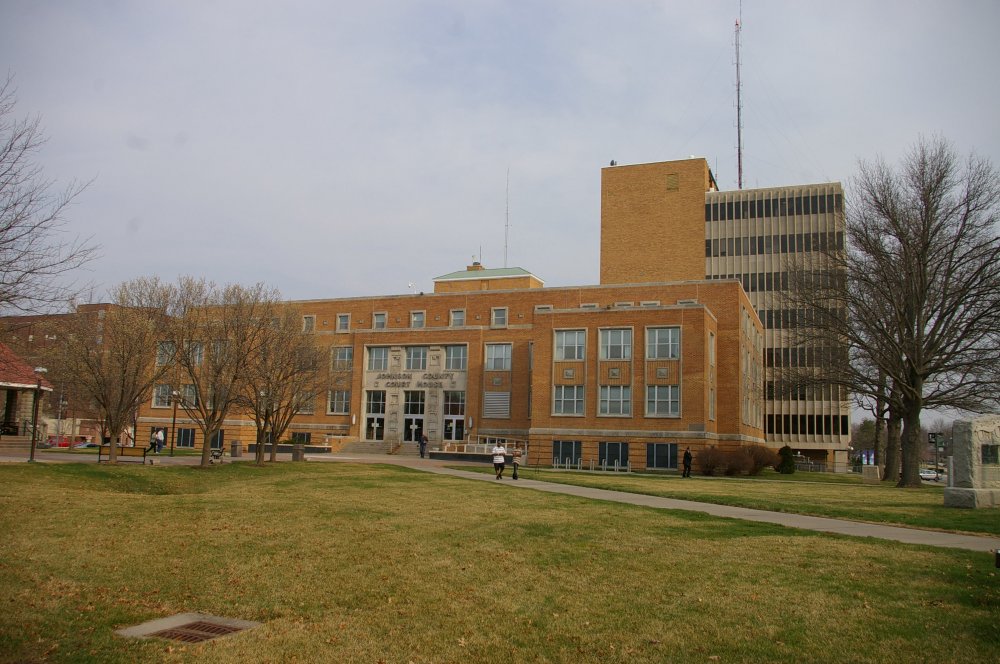 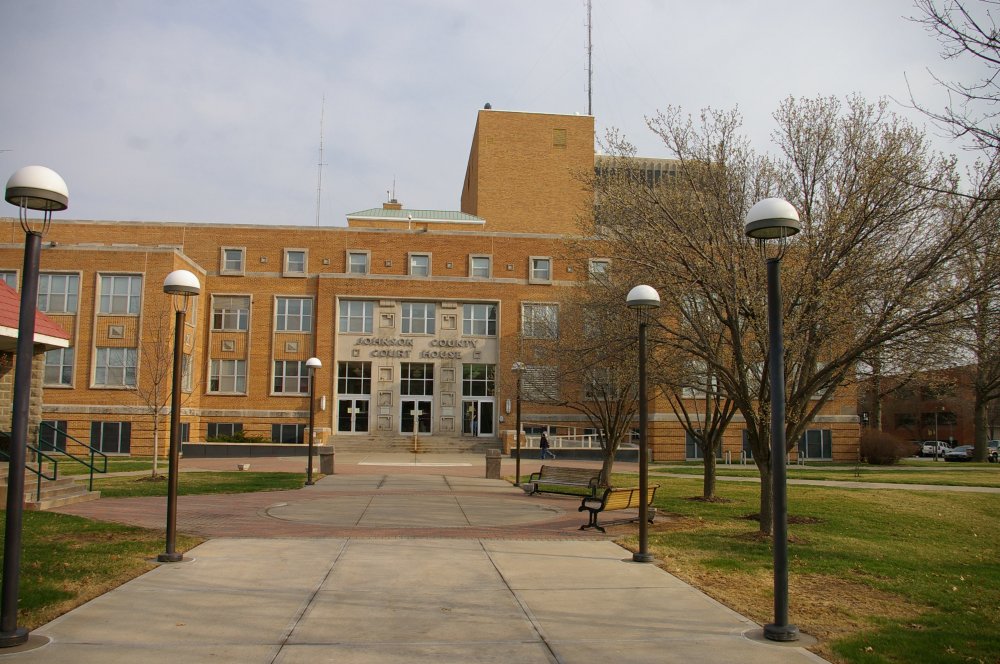 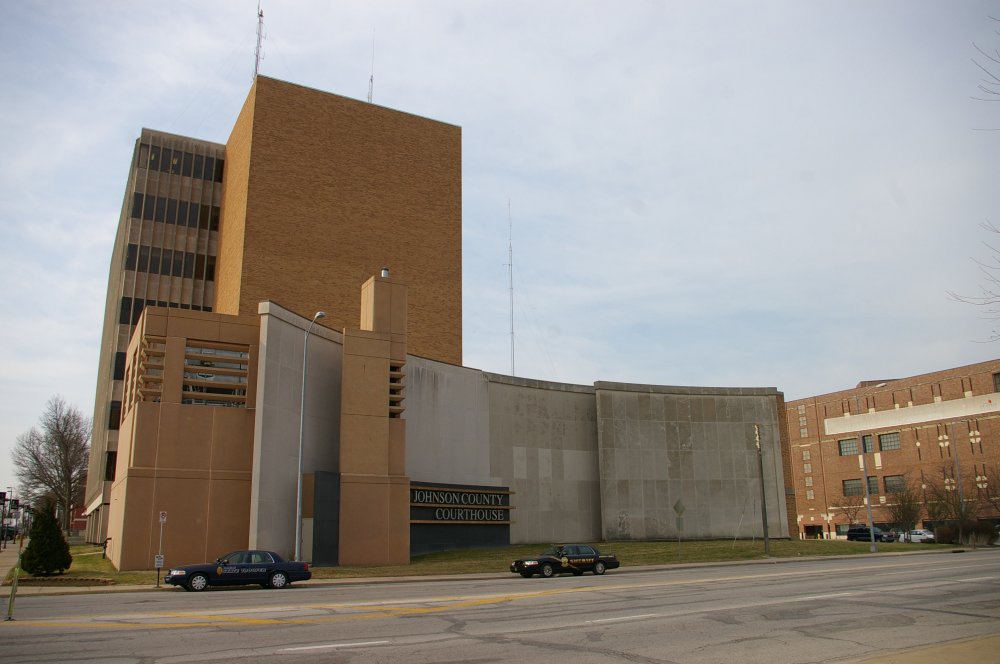 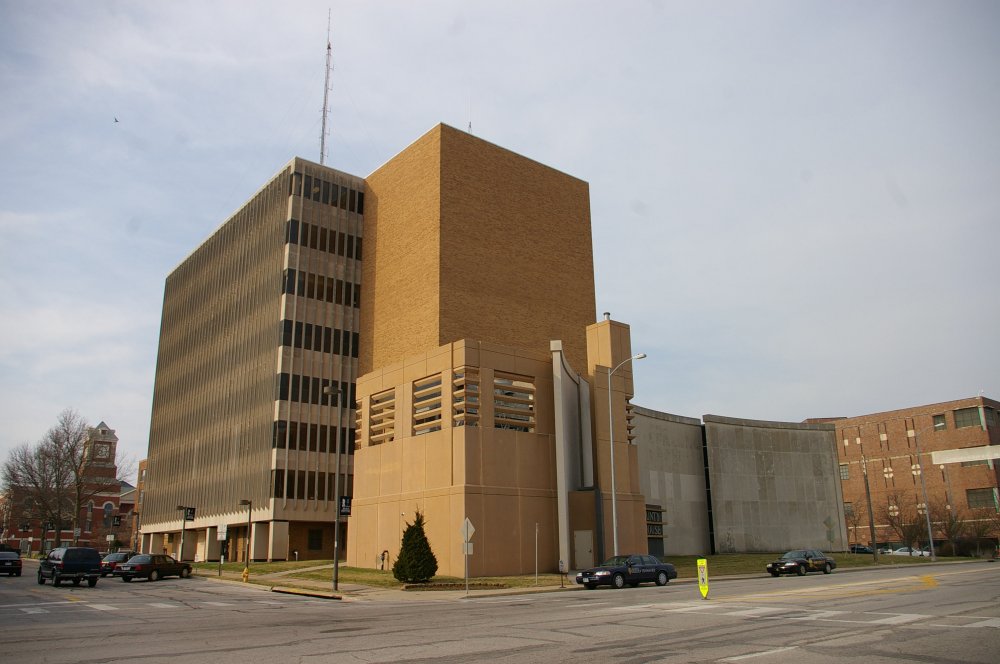 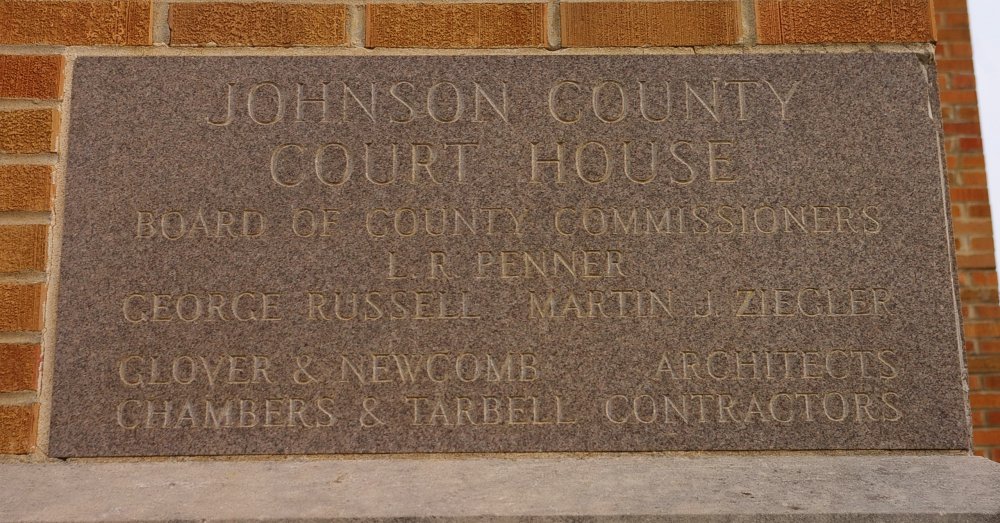 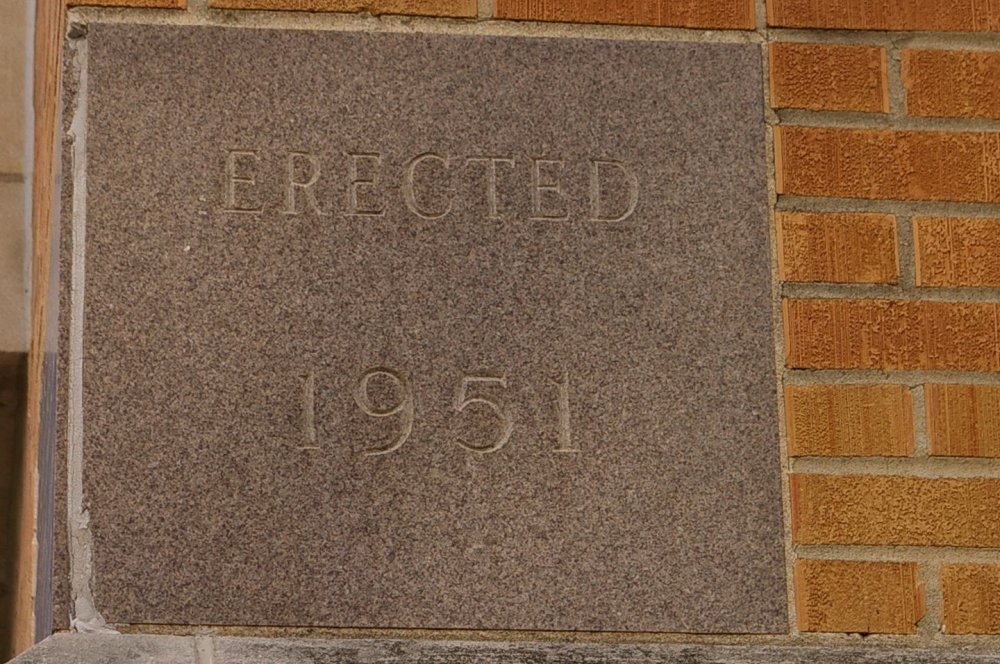 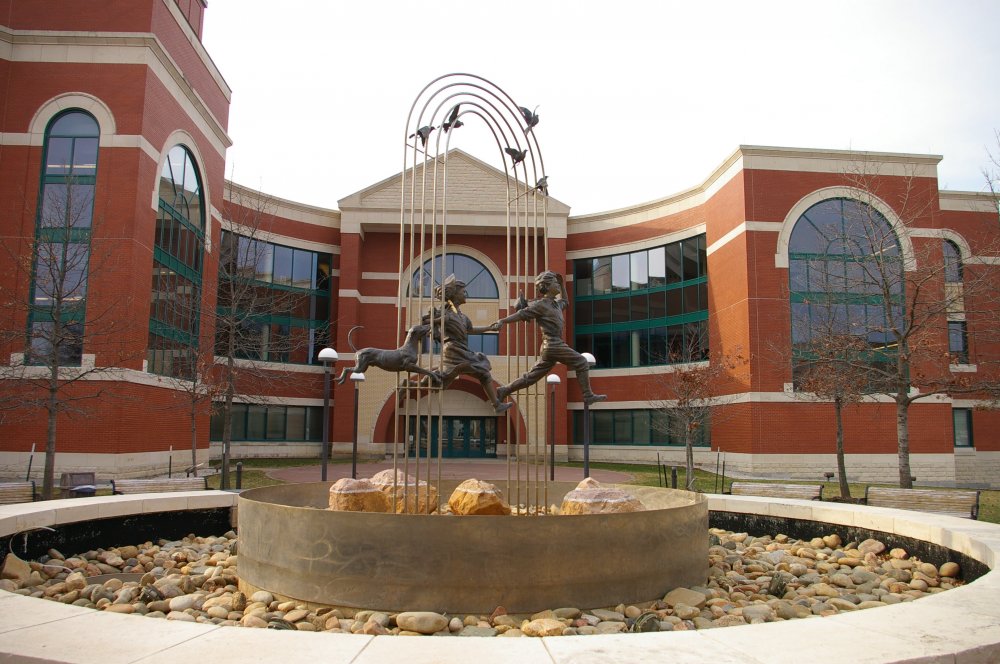 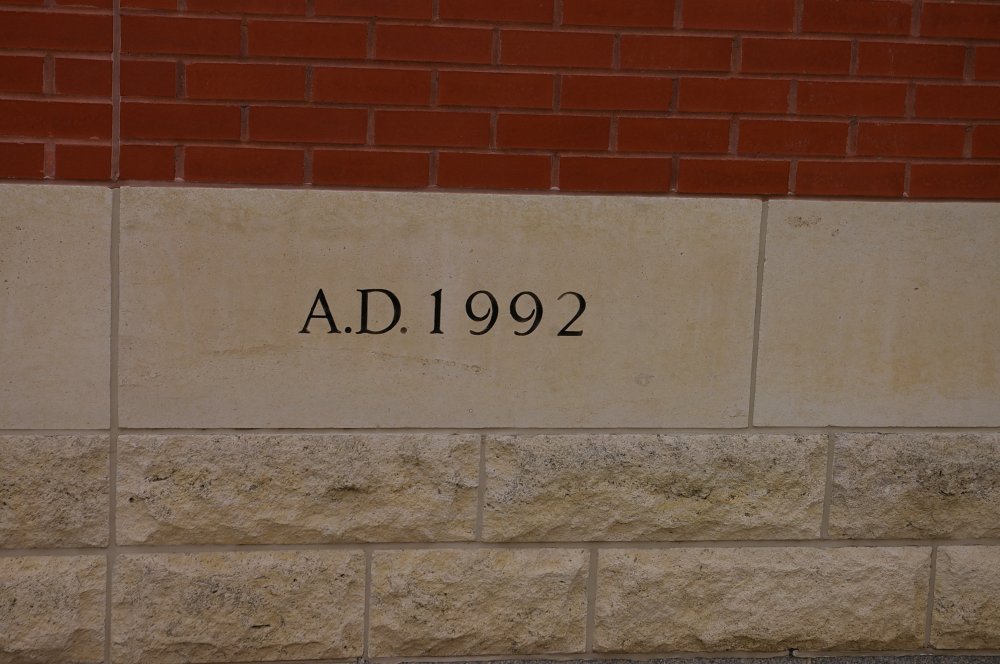 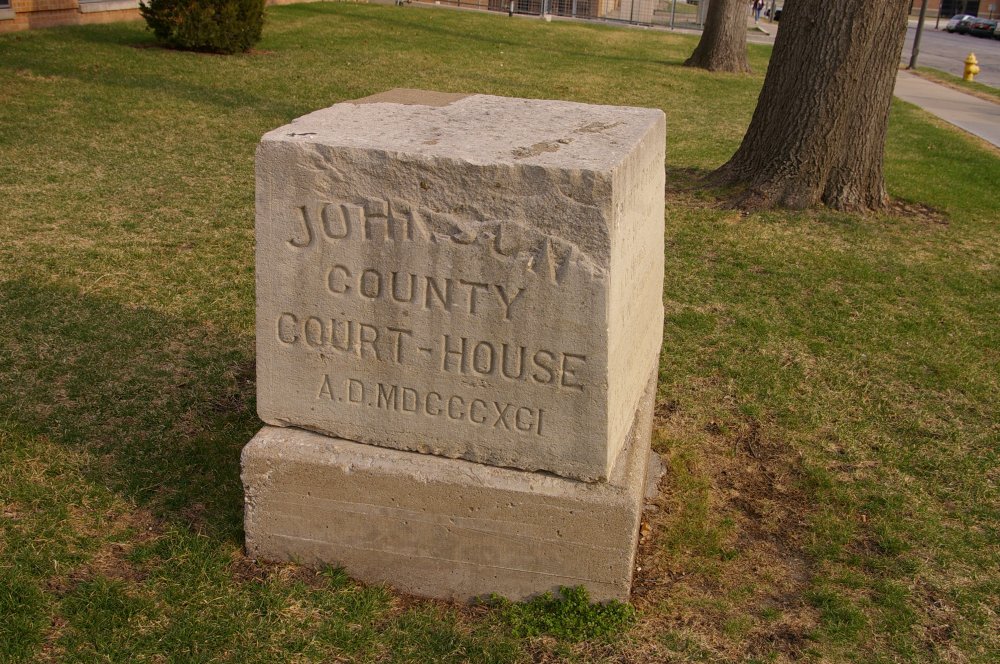 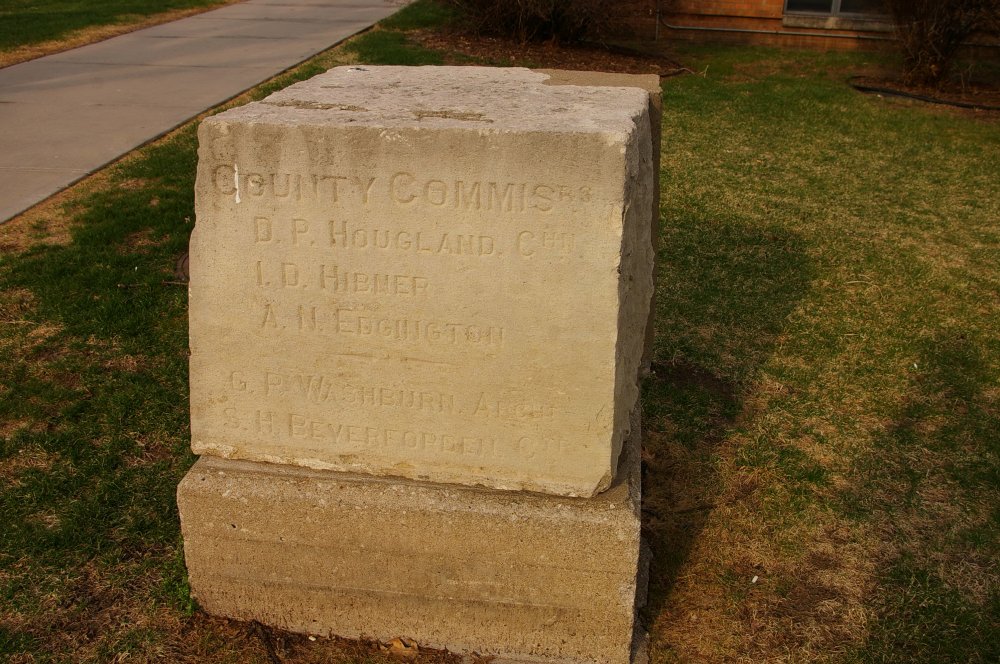