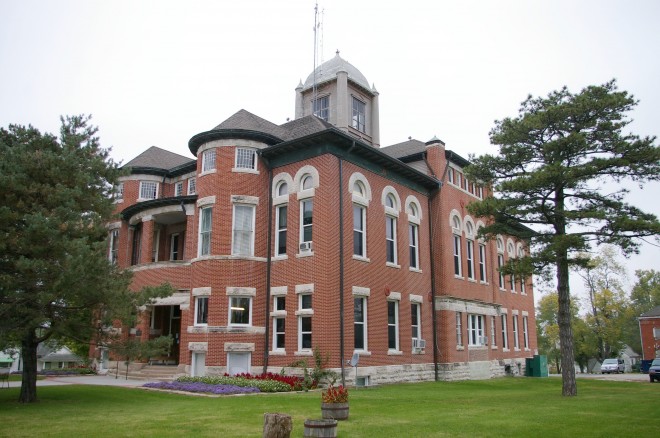 Description: The building faces south and is a three story red colored pressed brick structure. The building is 74 by 69 feet. The south front has two rounded towers with the main entrance in the center with a large rounded portico with balcony on the second story. On the east and west sides, the centre section projects slightly and rises above the roof line. On the center of the roof is a square cupola with glass windows. There is stone trim above the windows and doorways. J W Harper, presiding judge, acted as superintendent of construction. 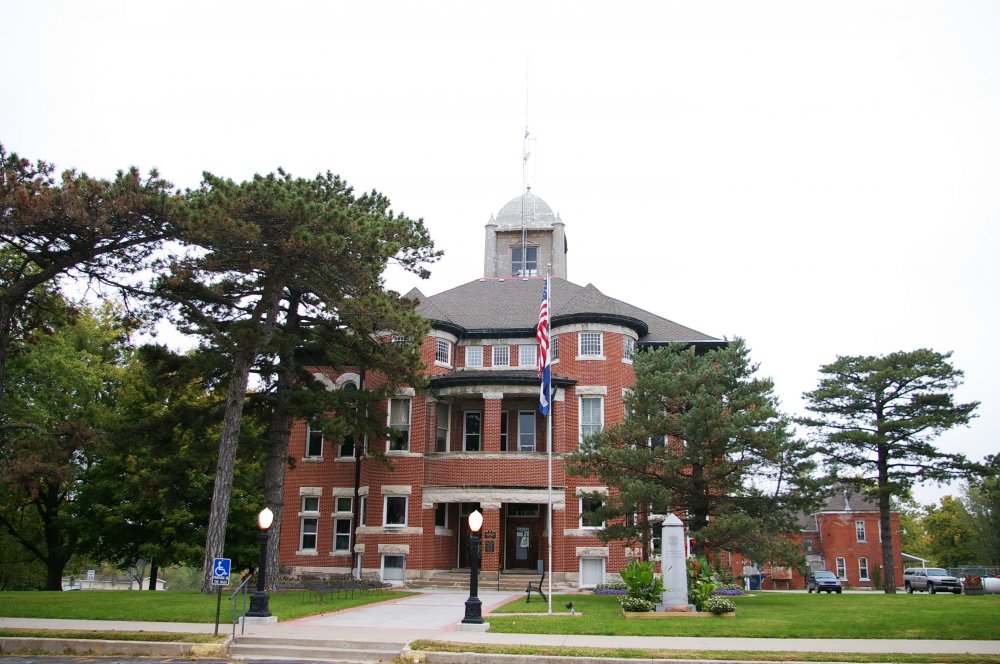 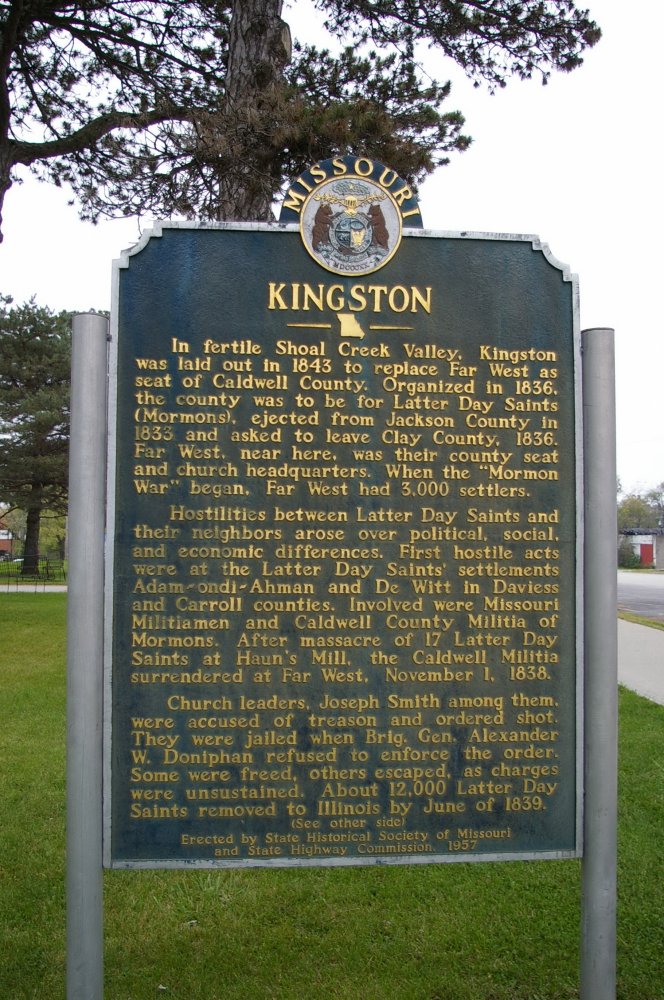