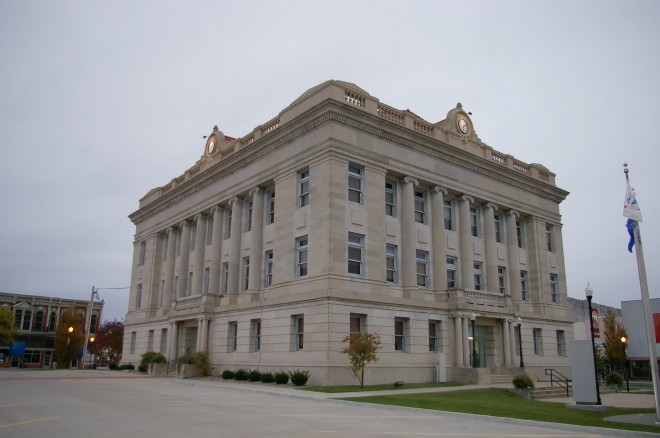 Livingston County is named for Edward Livingston, who was a prominent American jurist and statesman who was influential in the drafting of the Louisiana Civil Code of 1825.

Description: The building faces west and is a three story gray coloured Bedford stone, steel and concrete structure. The building is located on landscaped grounds of the Public Square in the center of Chillicothe. The building is 80 feet by 100 feet. Along each side are five columns rising from the second story to the top of the third story. Each entrance has four columns supporting a small balcony on the second story. The first story has horizontal stone work. There is a balustrade around the roof line with clocks on each side. In the interior, the walls of the corridors and lobbies are wainscoted with marble and the floors of the vestibule, corridors and lobbies of the first, second and third stories are covered by ceramic title. The wood trim is red oak. The main stairway is made of ornamental iron and marble. The courtroom is 71 feet wide by 53 feet deep with the seats being circular. The building houses the County Circuit Court.

Note:  The exterior of the courthouse building was faced throughout with oolitic limestone from the quarries of the Consolidated Stone Company of Bedford, Indiana. The interior walls and the outside walls back of the stone are made of hard burned vitrified building brick, manufactured by the Moberly Paving Brick Company, of Moberly. 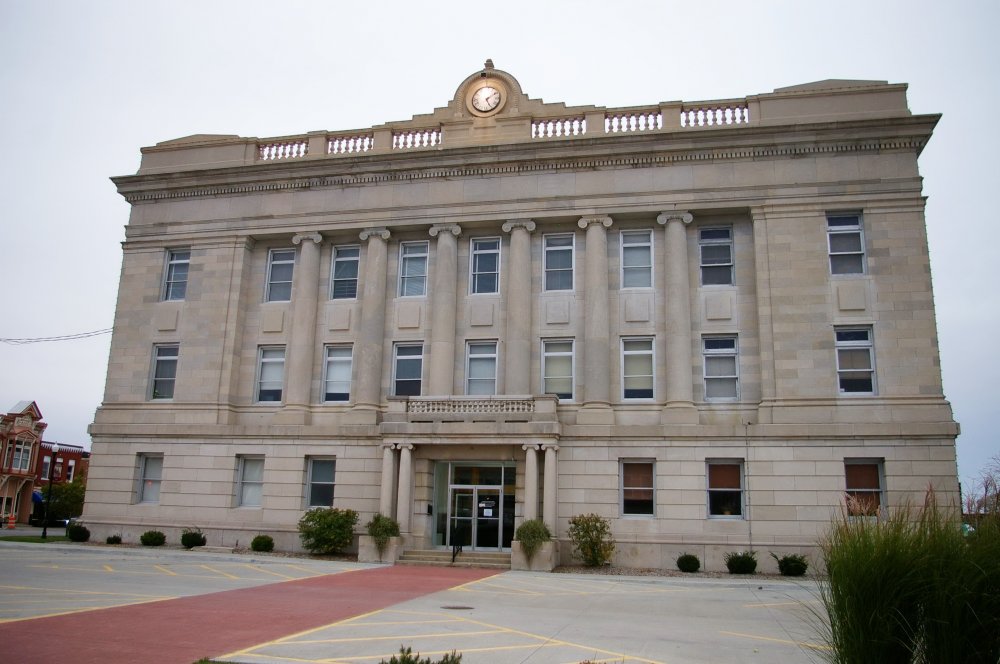 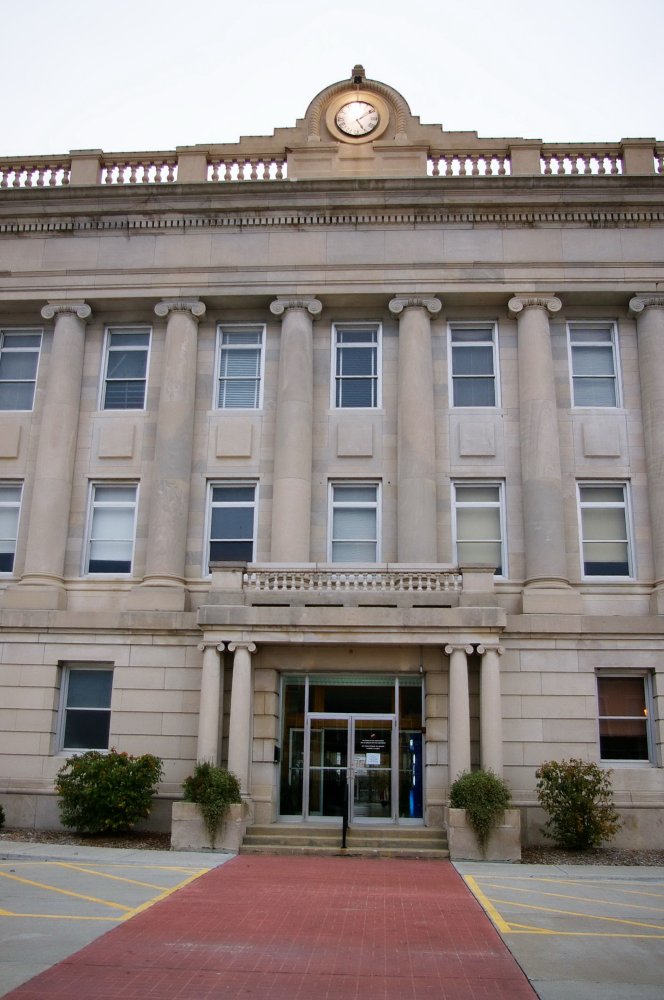 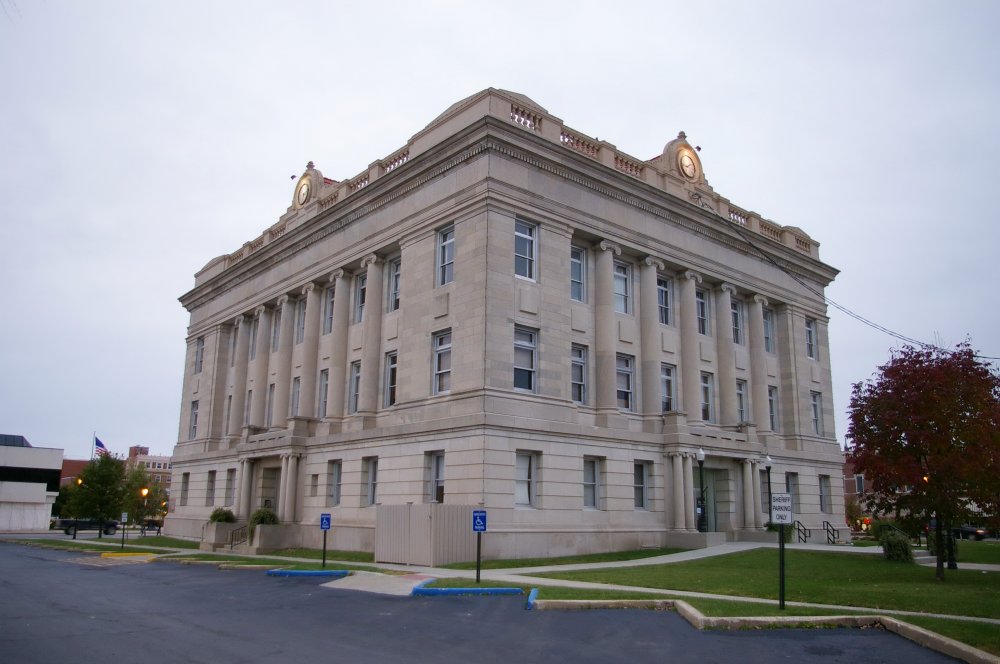 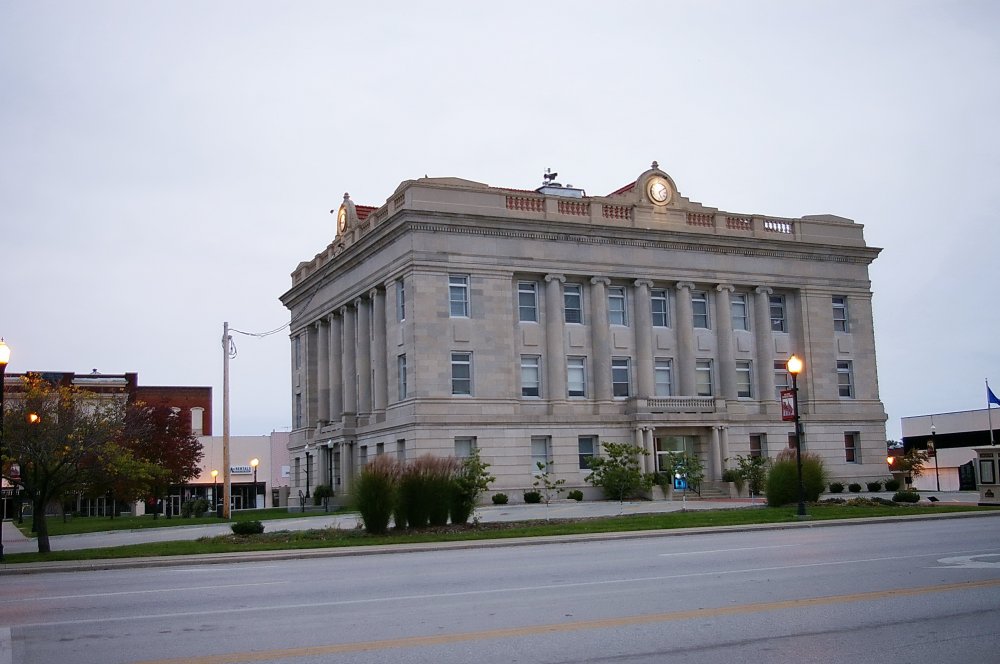 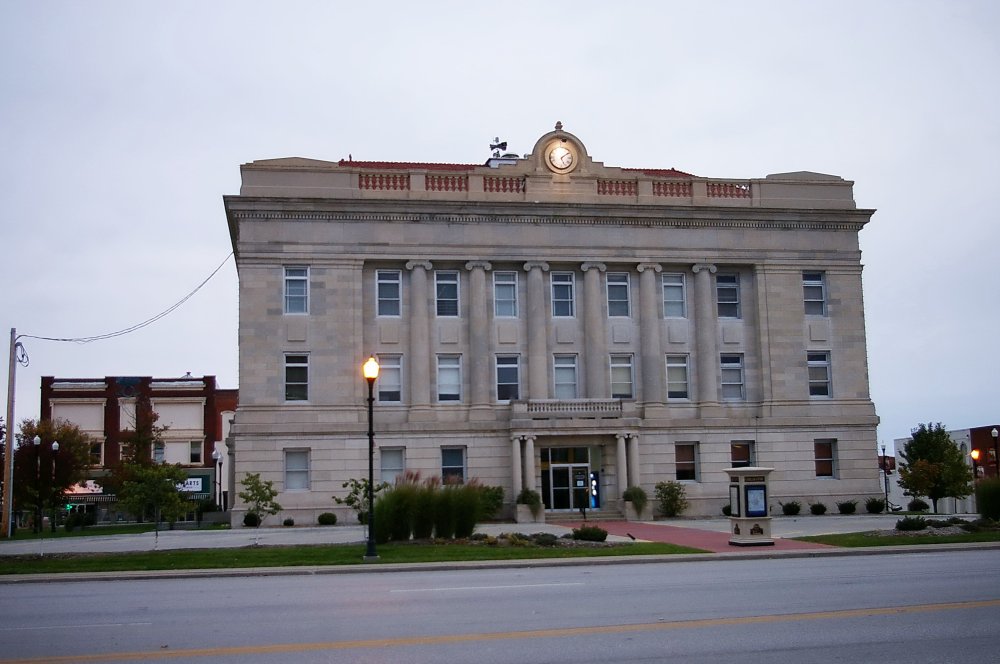 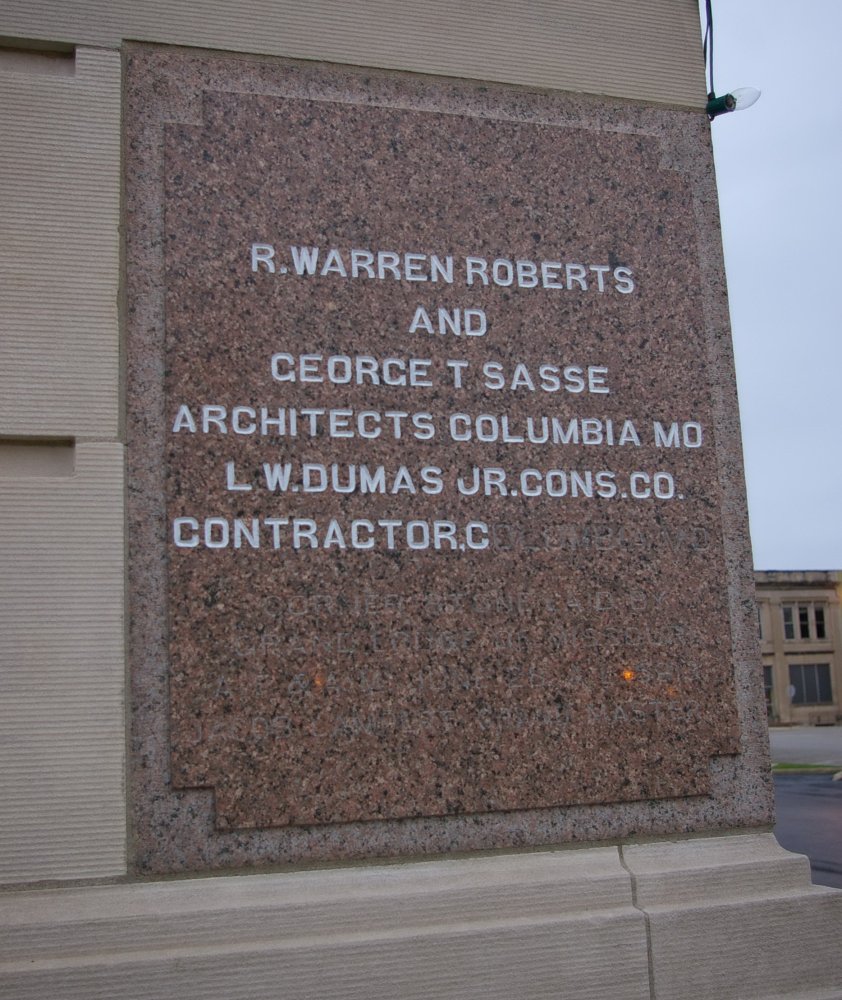 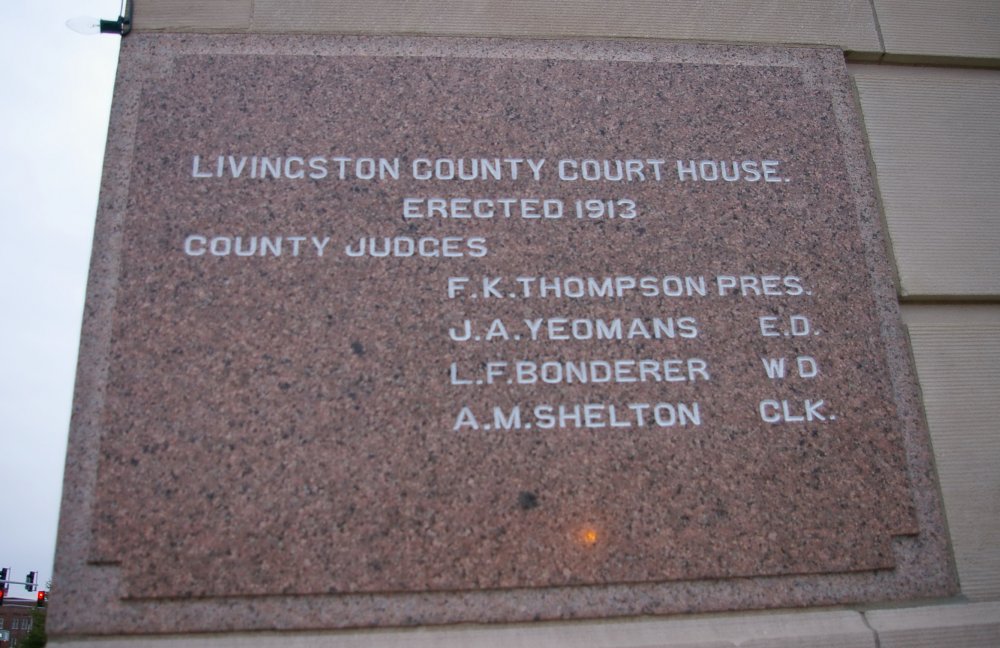