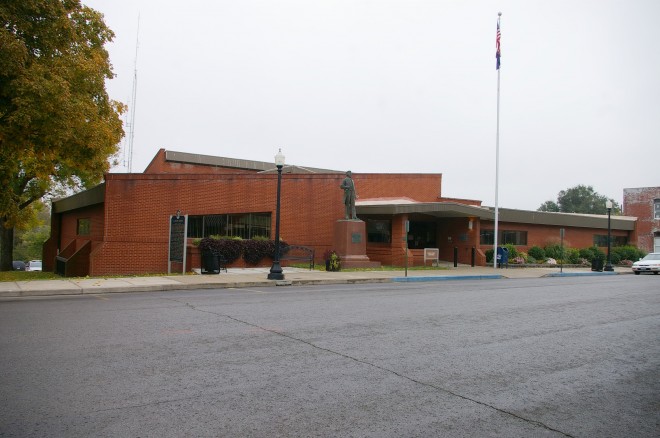 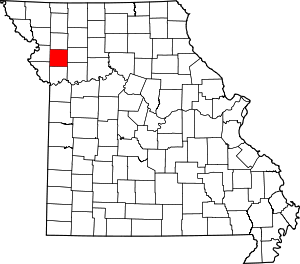 Description: The building faces west and is a two story red colored brick, glass and cement structure. The main entrance is on the north side of the second story. There is a small portico supported by brick walls at the entrance. The first story runs down the side of the hill. Raised widows run along the high part of the roof line in the center of the building. 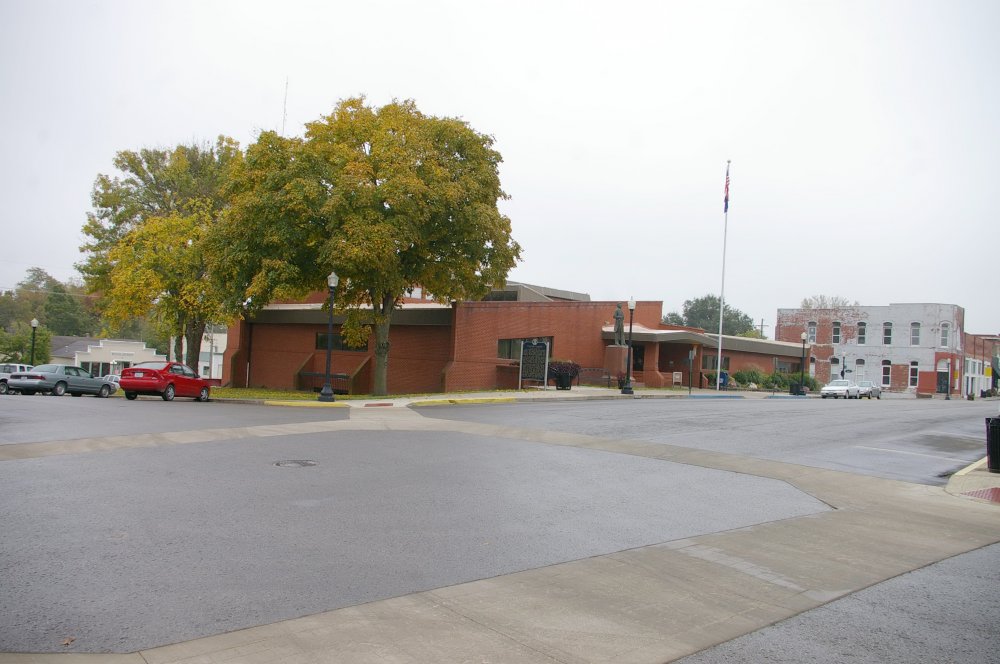 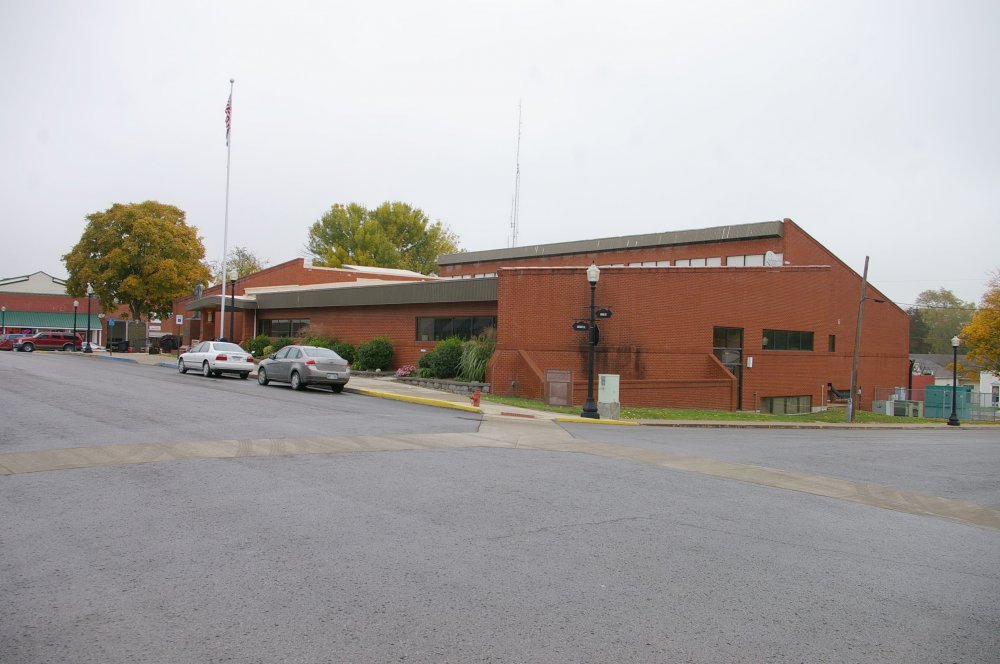 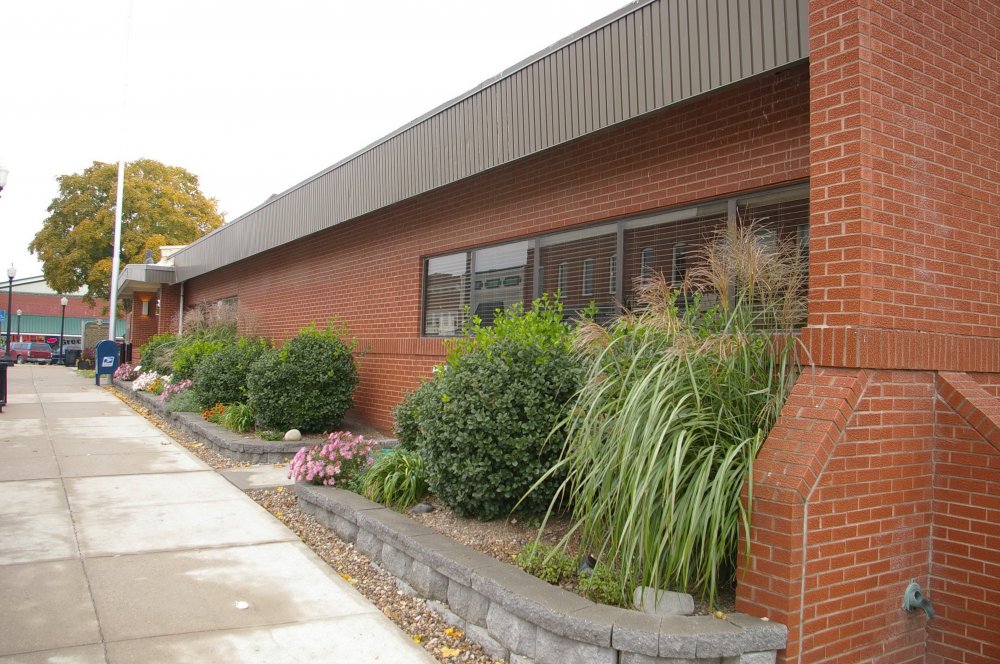 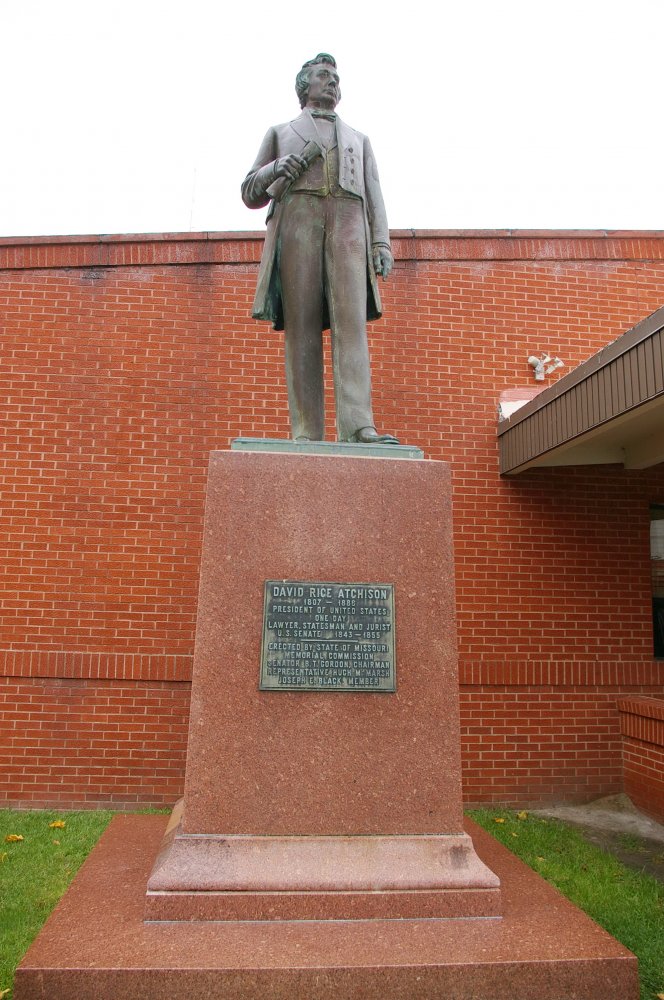 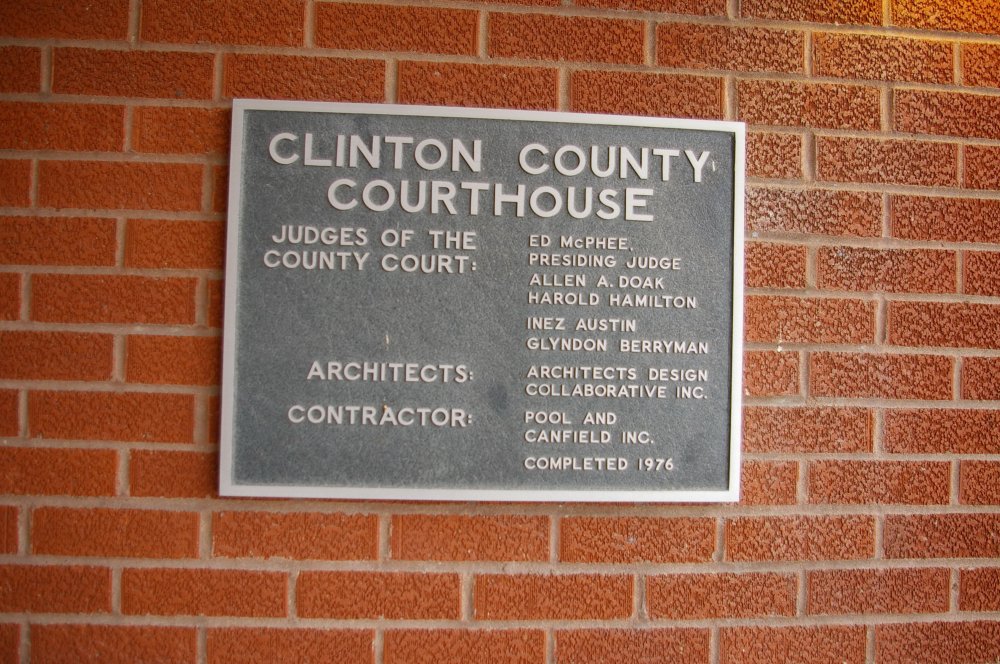 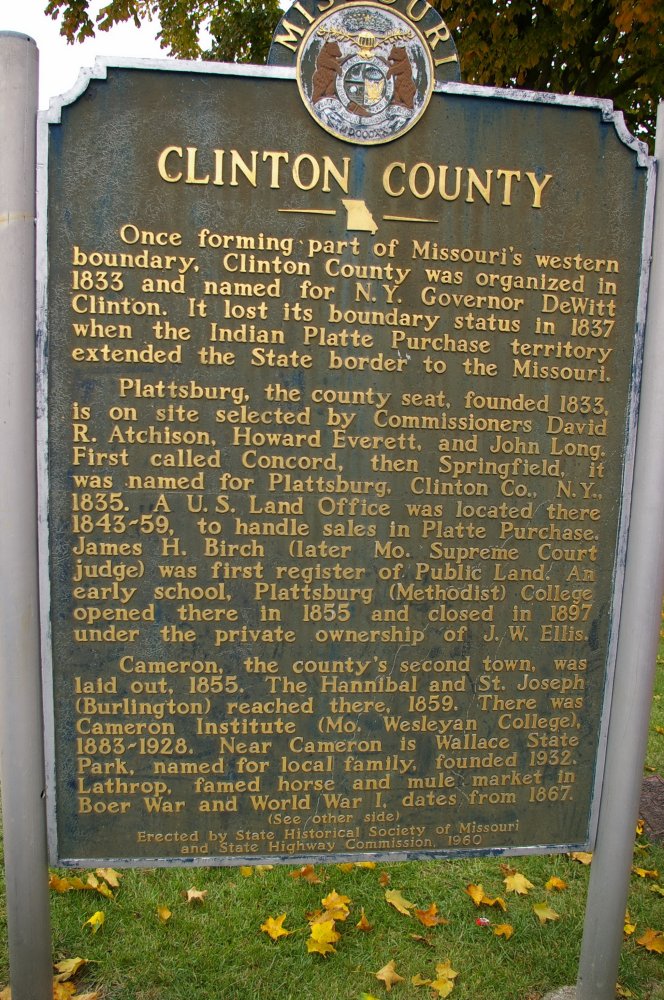 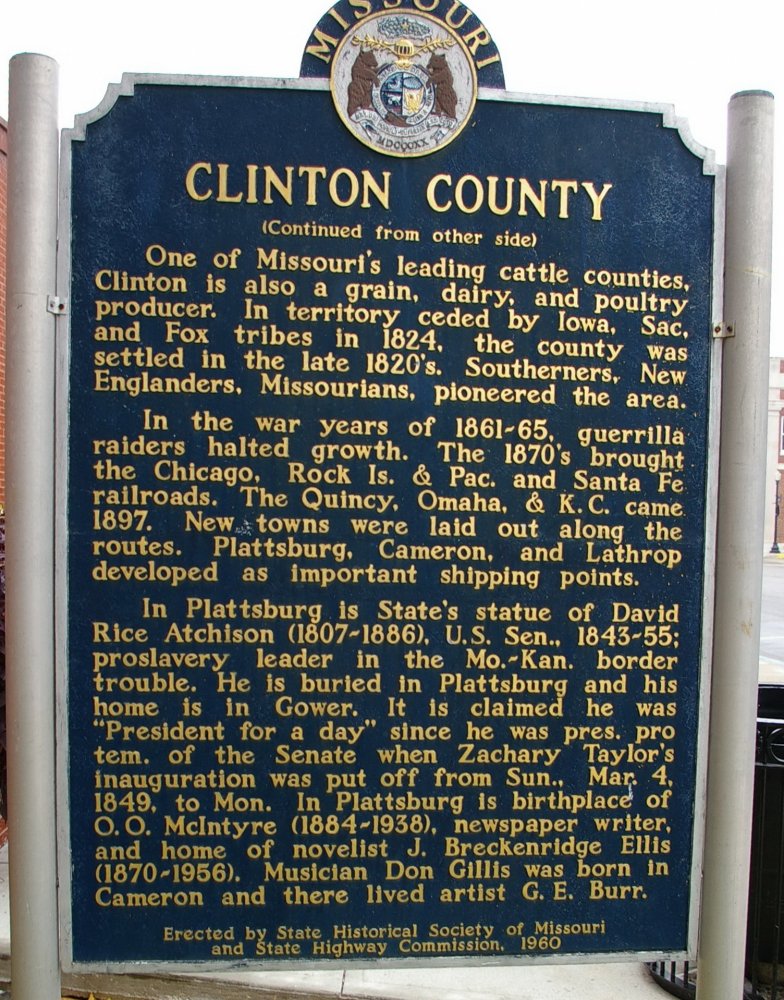