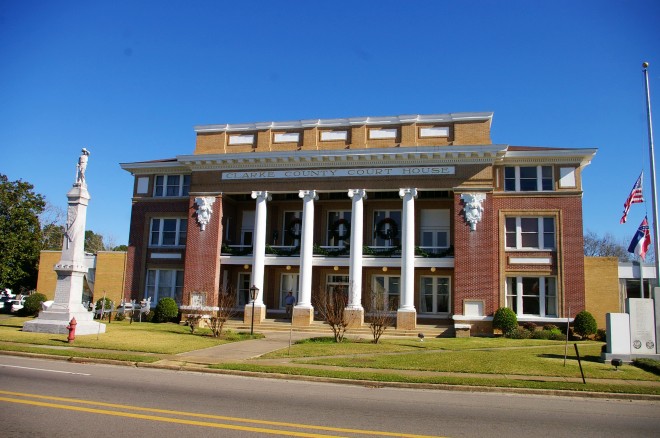 Clarke County is named for Joshua Clarke, who was a judge and the first Chancellor of the State of Mississippi.

Description:  The building faces west and is a three story dark red colored brick structure. The building is located on landscaped grounds in the center of Quitman. The west front has a projecting center section with a large porch with four white columns rising to a wide header below the roof line. There is a wide balcony across the second story. Above the roof line is a upper wall section of buff colored brick. In 1969, the north and south one story buff colored brick wings were constructed. The architect was Peter Barlcev and the engineer was Charles N Clark of Laurel. The building was renovated in 2009, The architect was AEDD Plus and the contractor was B P Roofing & Constructiob, LLC. In 1998, the one story dark red colored brick annex on the east side of building was constructed. The contractor was Carter and Mullings, Inc. of Columbia and the engineer was Charles N Clark of Laurel. 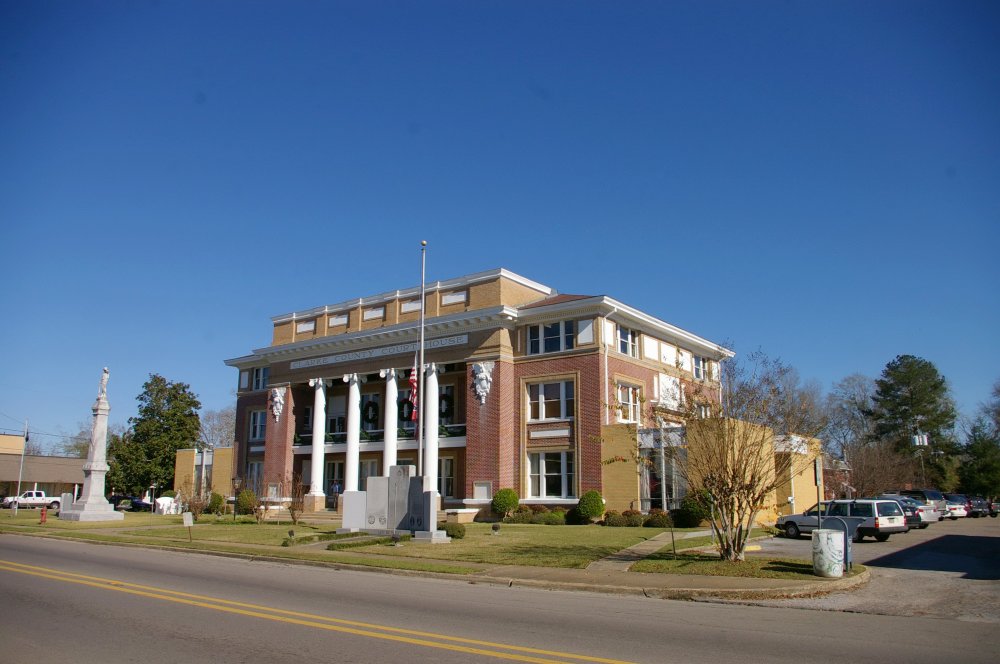 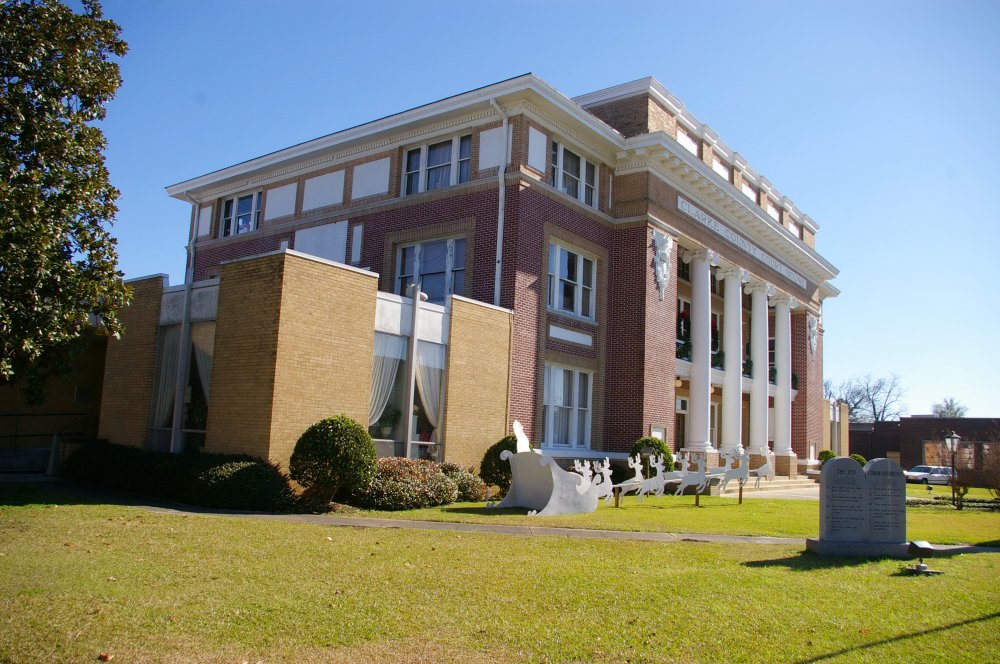 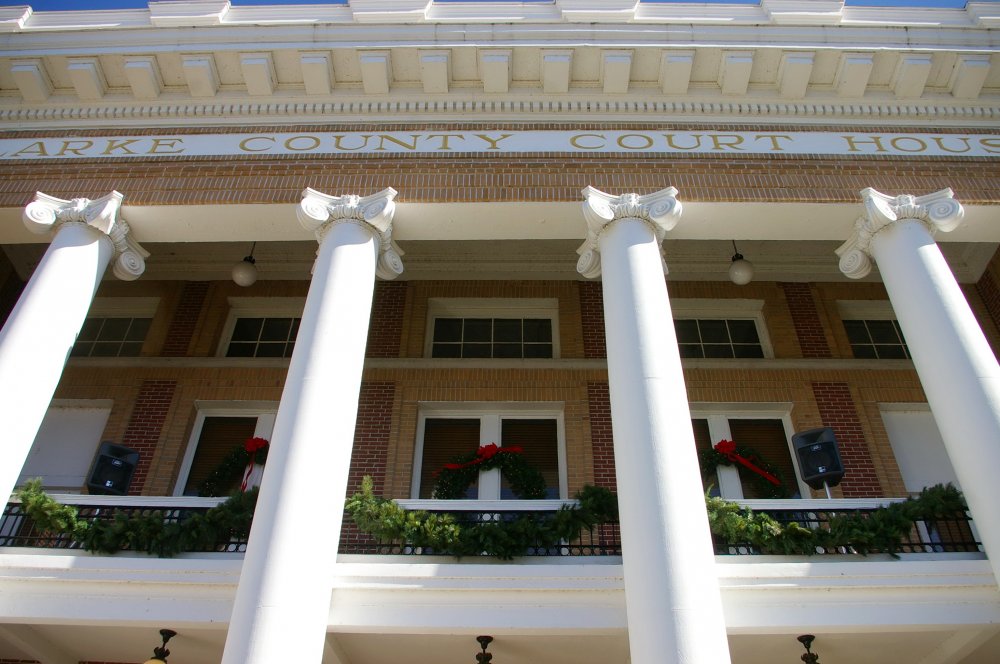 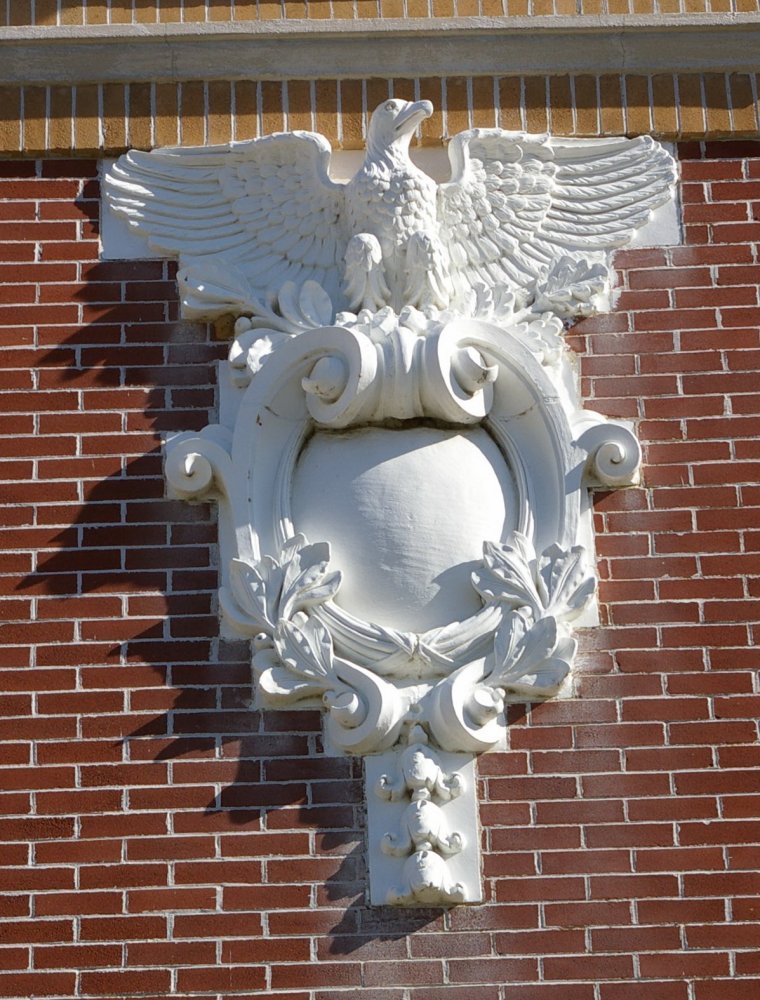