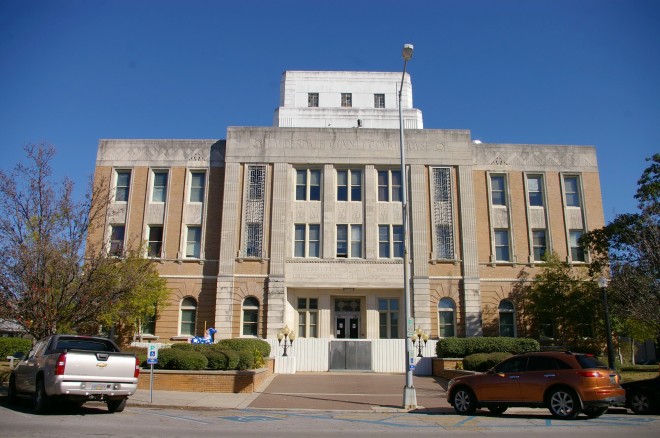 Lauderdale County is named for James Lauderdale, who was killed in the Battle of New Orleans during the War of 1812.

Description:  The building faces southwest and is a seven story buff colored brick and concrete structure. The southwest front has a projecting center section with recessed entrance on the first story and concrete framed windows above on the second and third stories. A wide cement band runs along the roof line. The upper four stories are recessed. Over the entrance rises a concrete section above the roof line. The roof line is flat. The building houses the County Circuit Court of the 10th Judicial District, County Chancery Court and County Court. The building was remodeled and enlarged in 1939 under the Federal Emergency Administration of Public Works. The architect was Krouse and Brasfield and the contractor was Newton & Schmoll. In 1991, further renovation was done. The architect was Luke Mullan Kaye and the contractor was McLain Plumbing & Electrical. 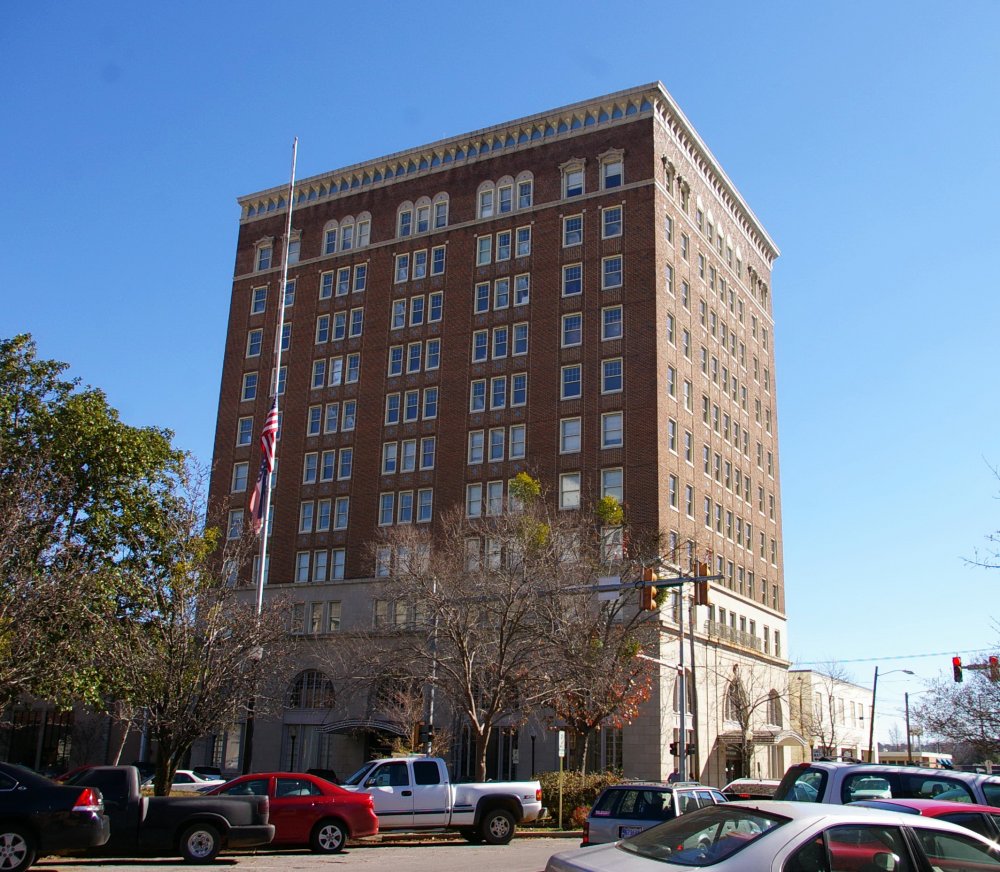 Description:  The building faces northwest and  is a eleven story red colored brick, stone and concrete structure. The first and second stories have stone facing. The interior lobby has a high ceiling. The building served as the Larmar Hotel until 1969 when it was purchased by the county and named as the Raymond P Davis County Annex Building. 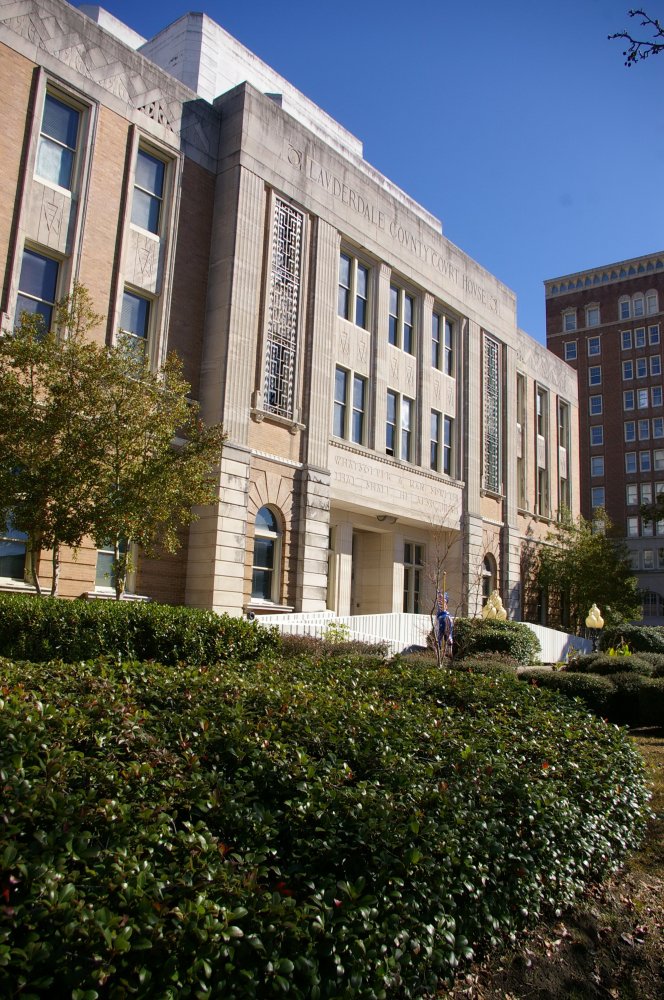 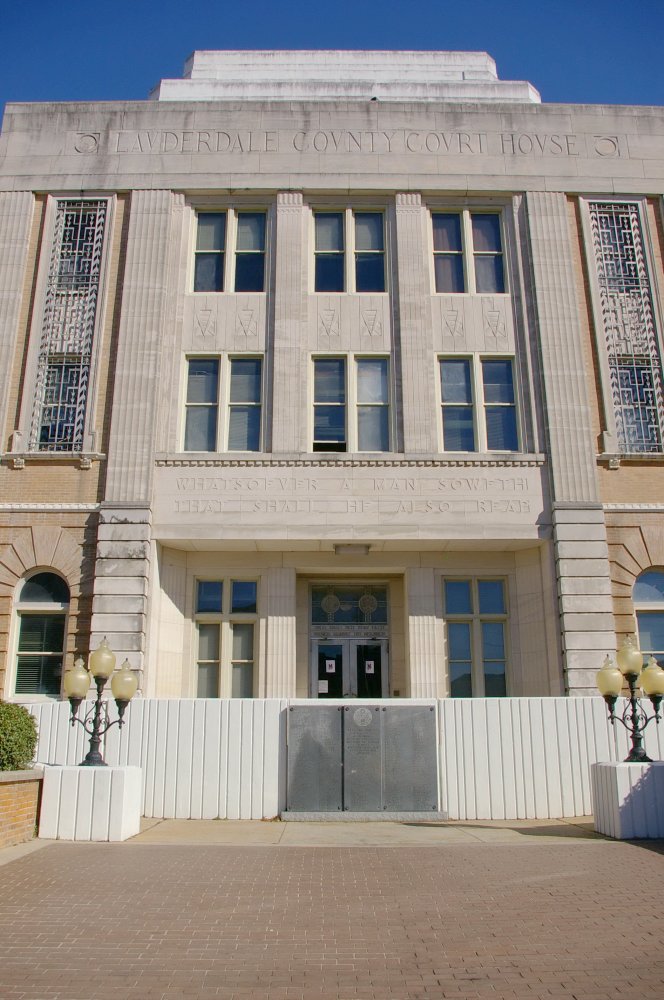 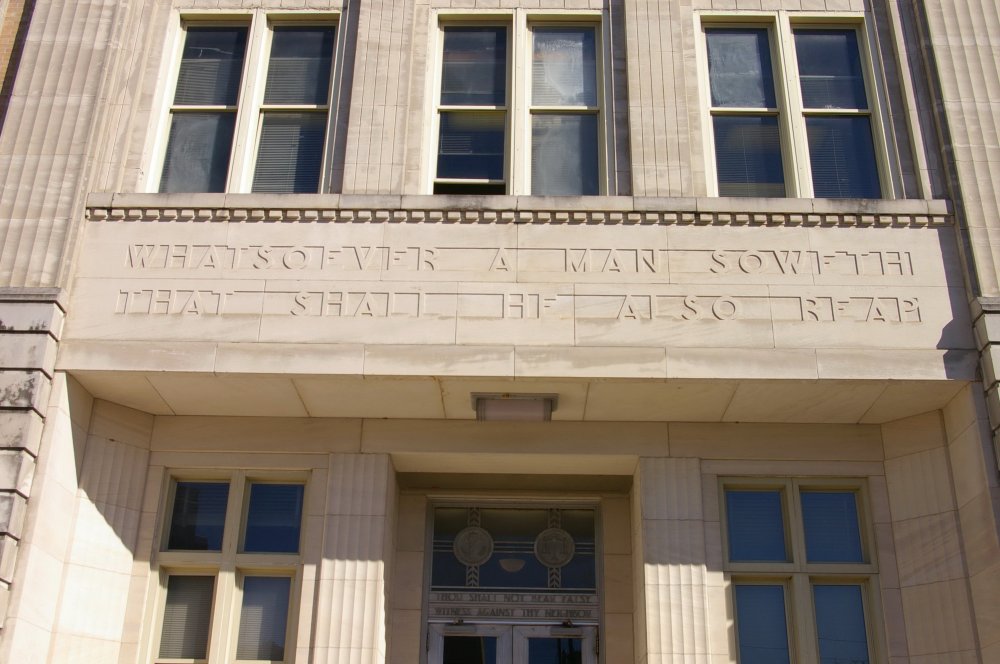 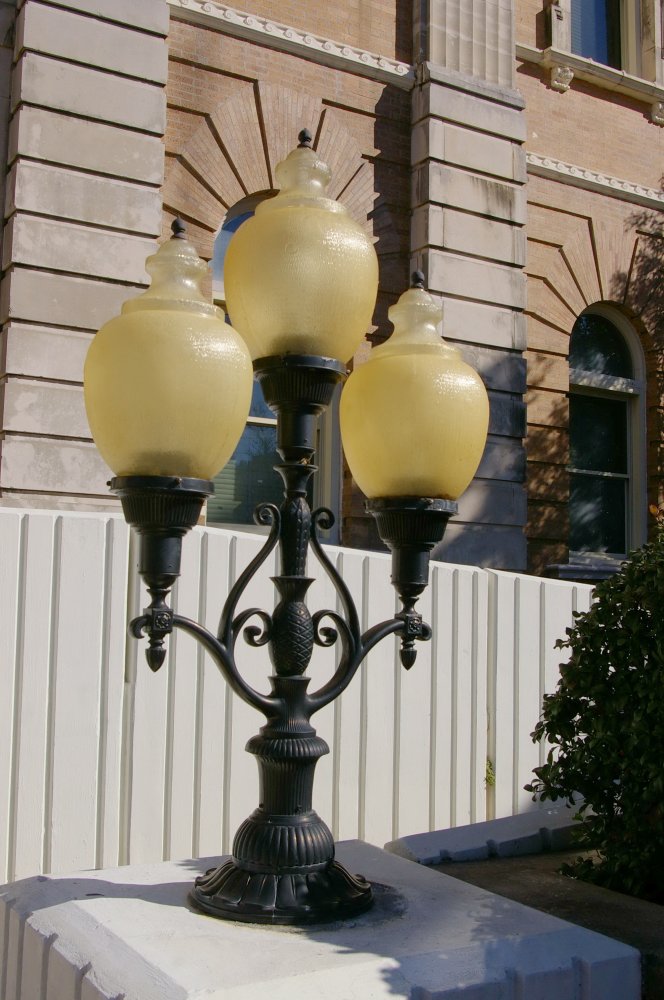 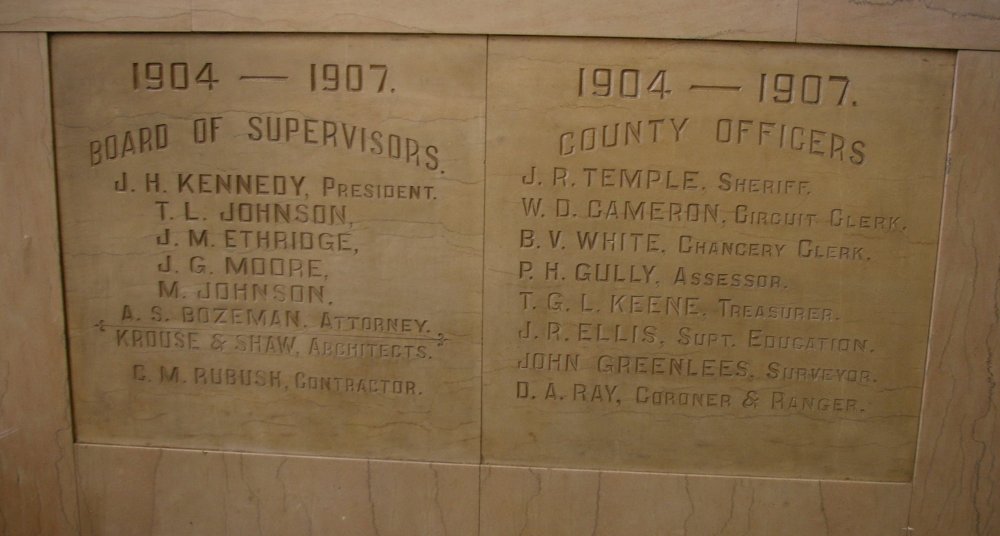 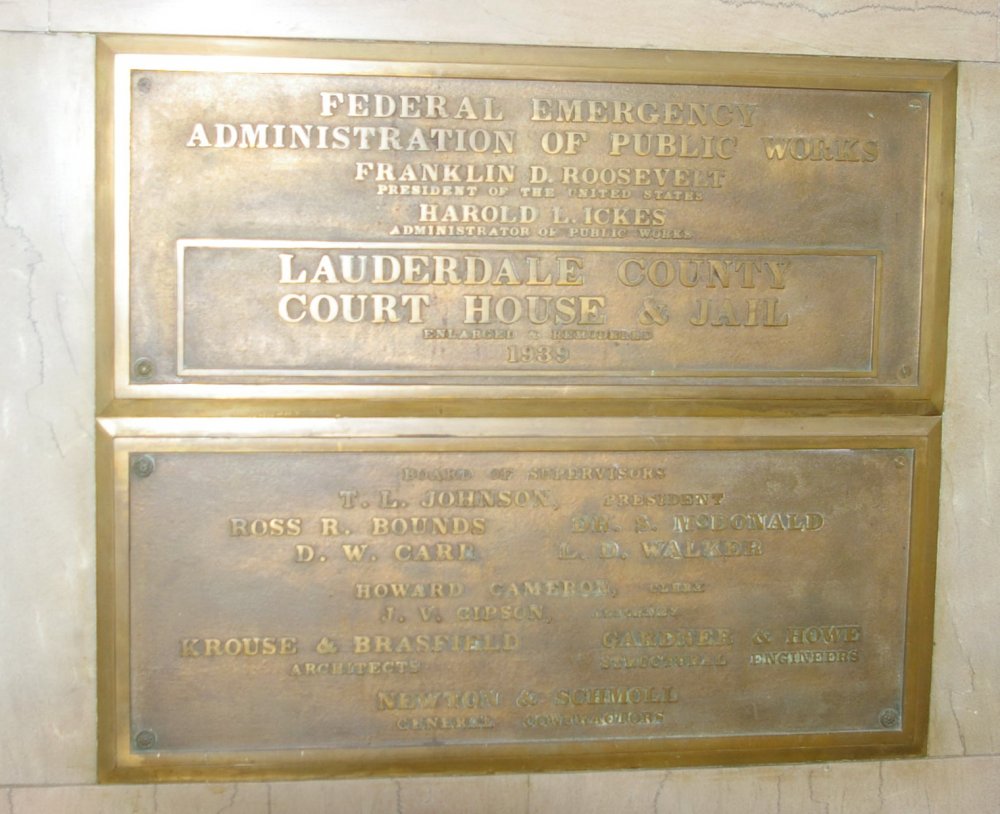 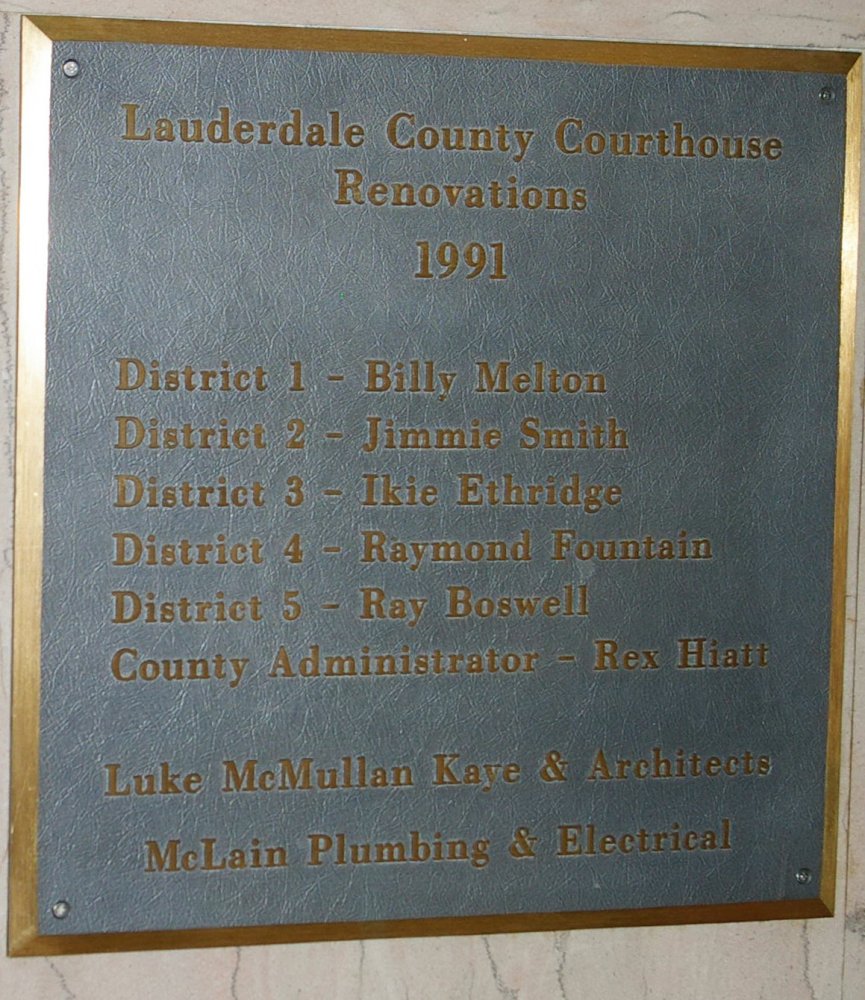 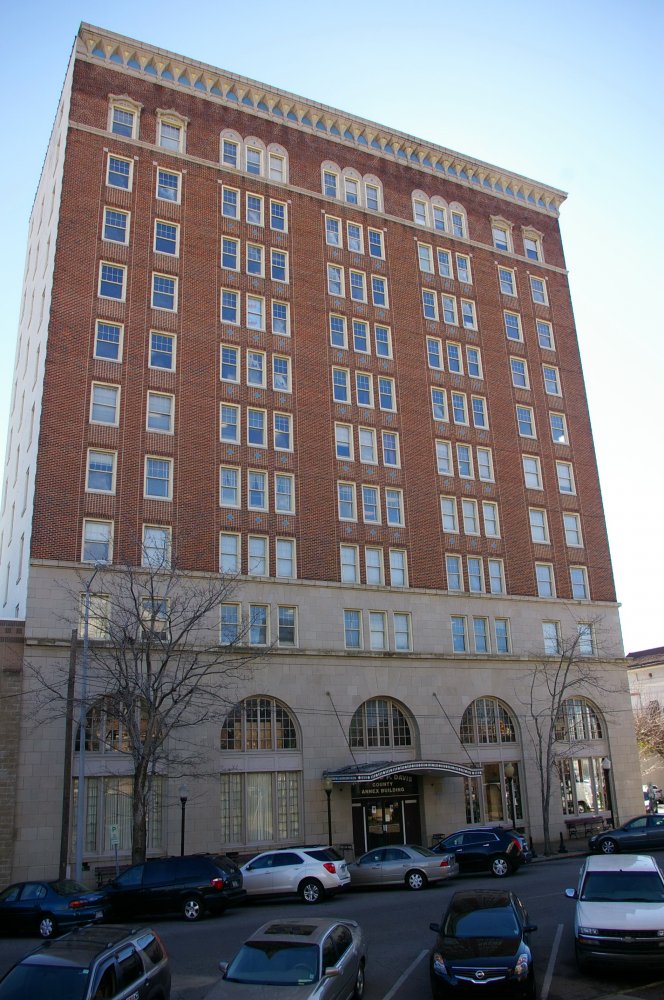 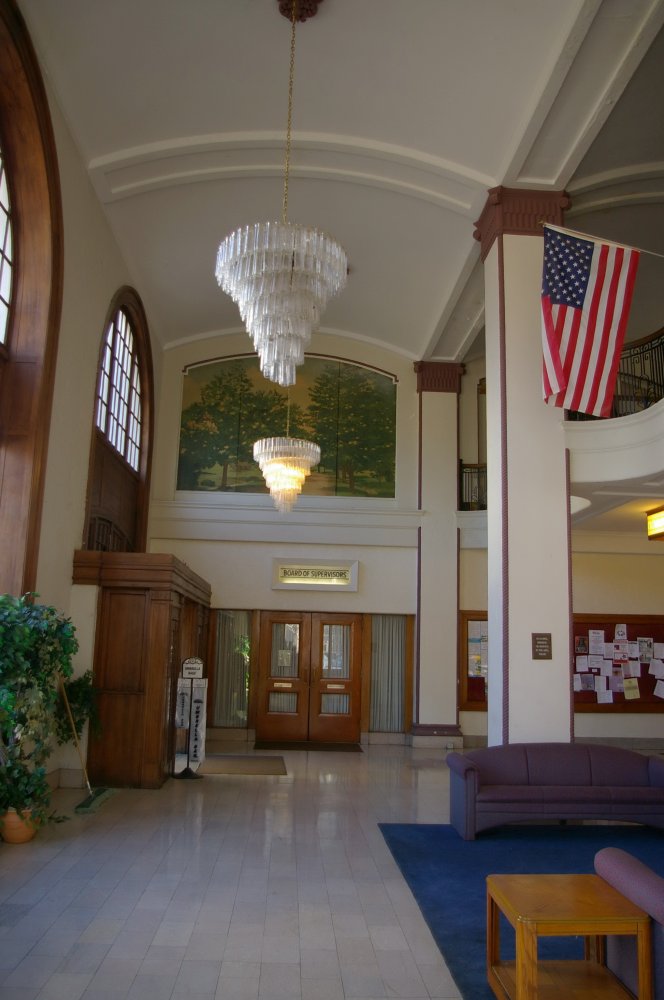 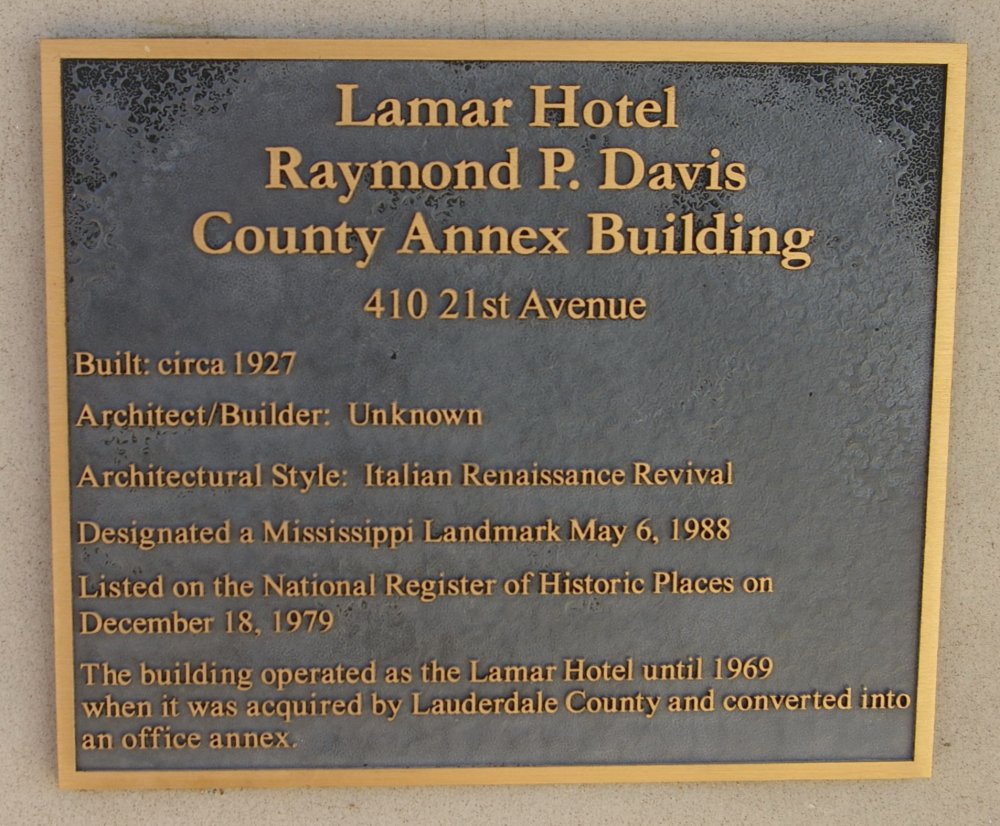