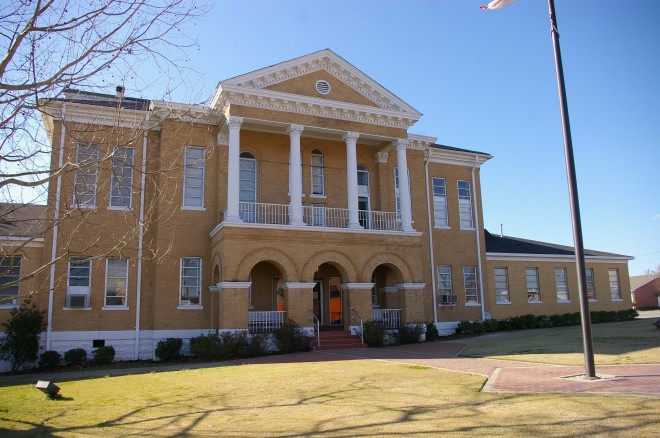 Choctaw County is named for the Choctaw Native American people who resided in the region.

Description:  The building  faces east and is a two story buff colored brick and stone structure. The building is located on spacious landscaped grounds in the center of Butler. The east front has a portico with three brick arches on the first story and four white colored columns rising to a pediment at the roof line. Wide white colored eaves run along the roof line. The building houses the County Circuit Court and the County District Court of the 1st Judicial District. The building was renovated in 1955. The architect was L L Brasfield and the contractor was Moody & Webb. Wings were added on the north and south sides in 1965.

See:  The first county courthouse is located at the Choctaw County Historical Museum in Gilbertown,  The courthouse was originally located in Barrytown to the southeast. 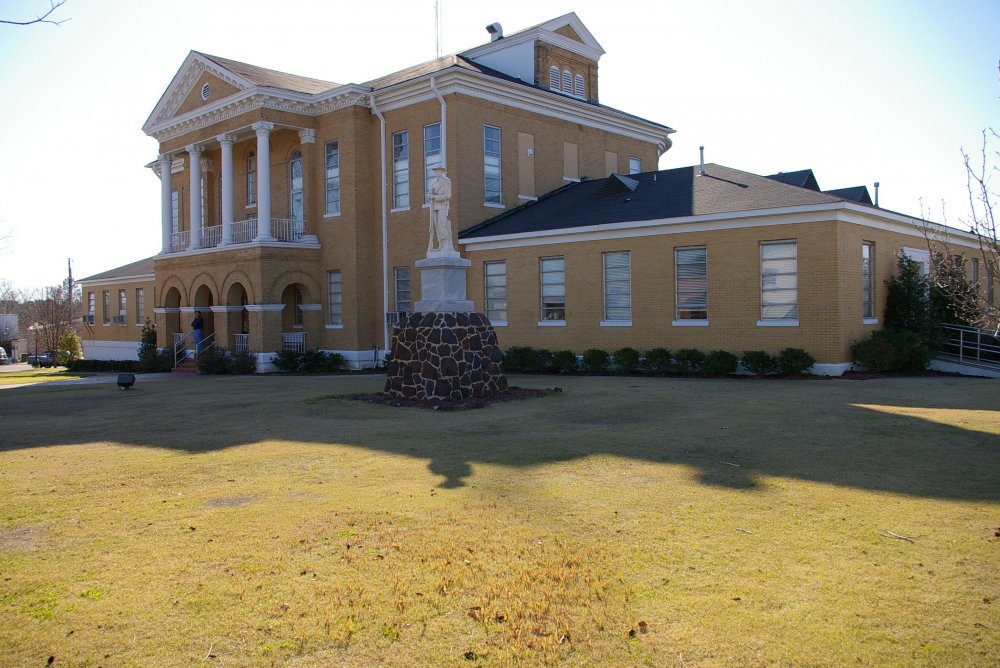 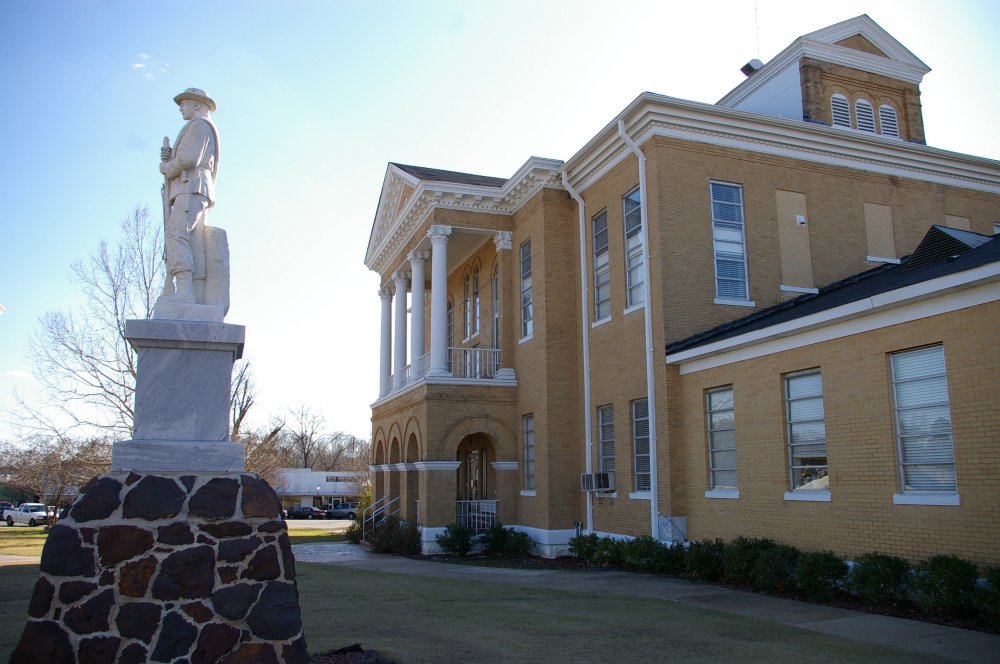 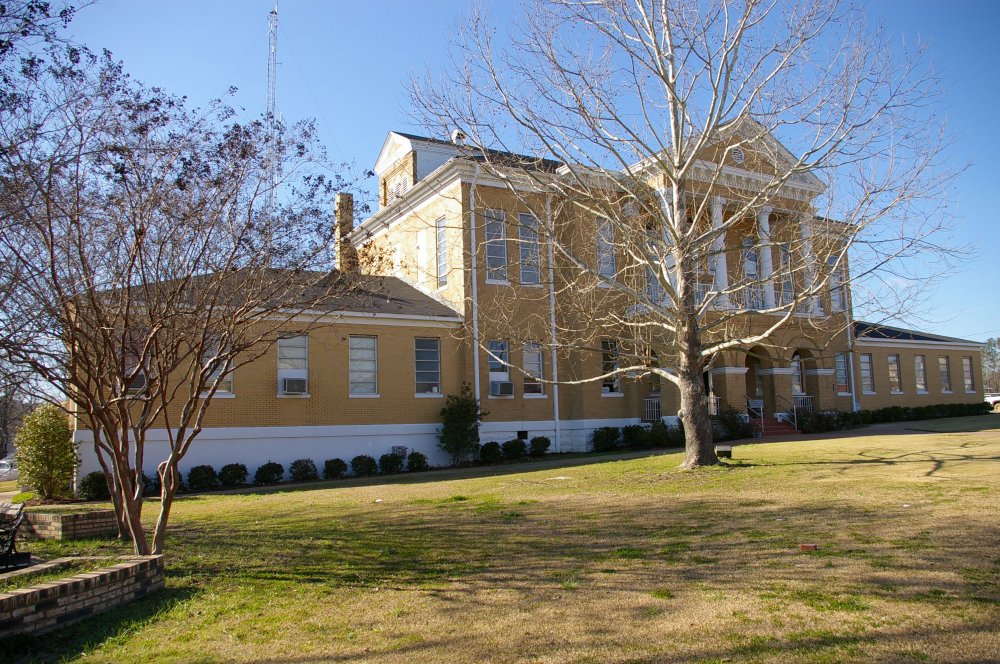 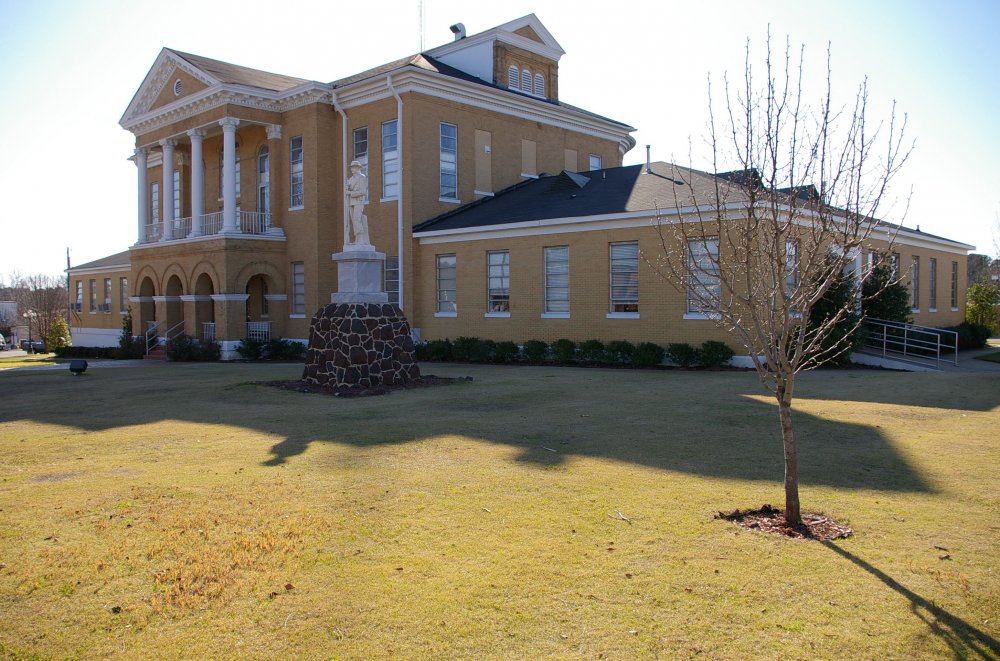 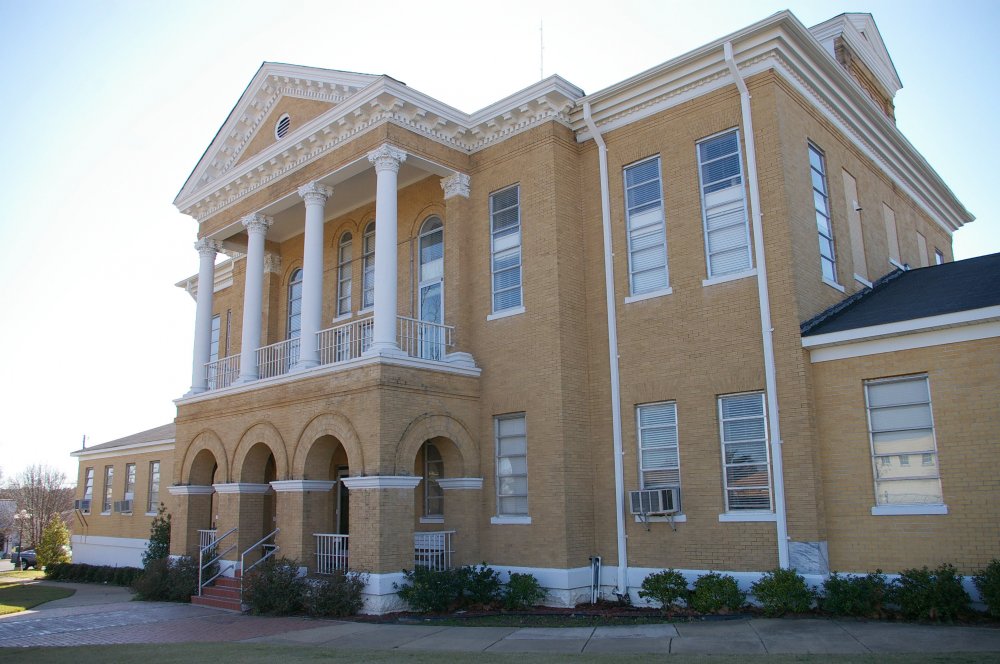 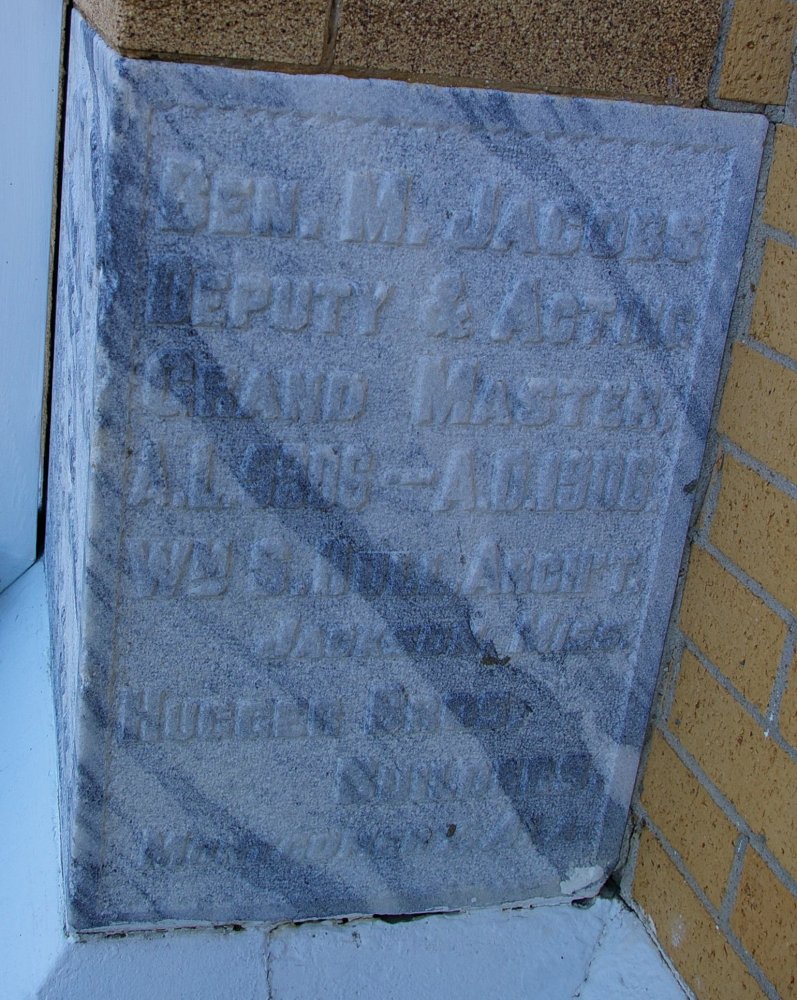 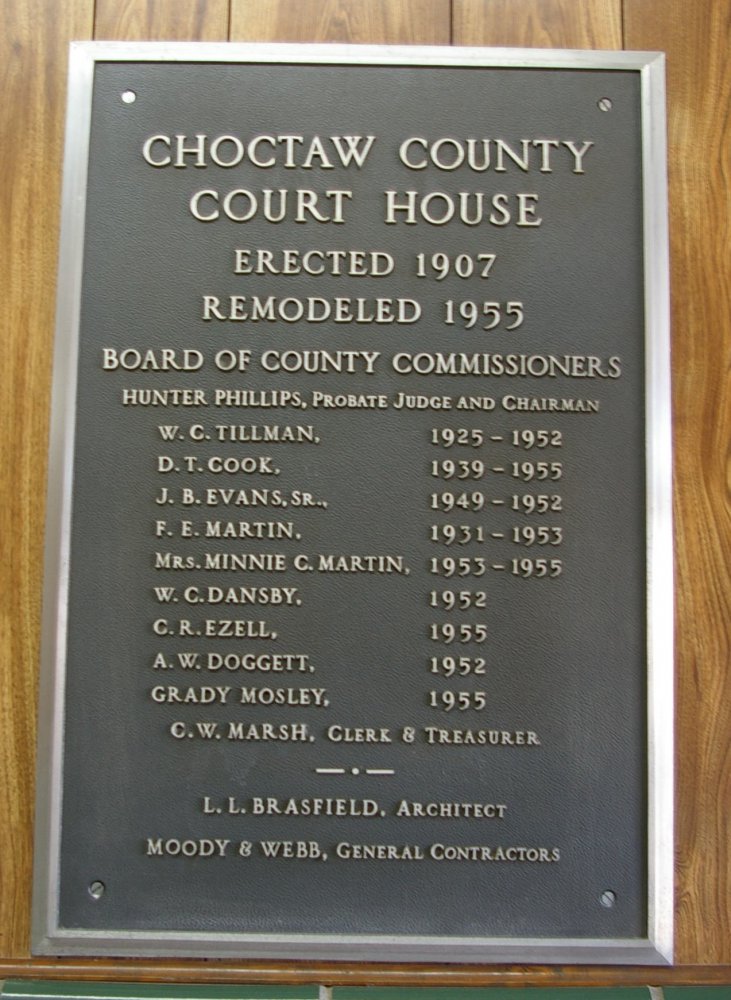