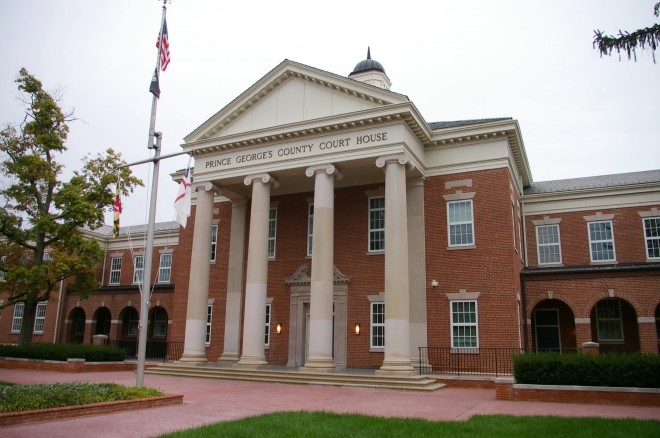 Prince George’s County is named for Prince George of Denmark, who was the husband of Queen Anne I of Great Britain. 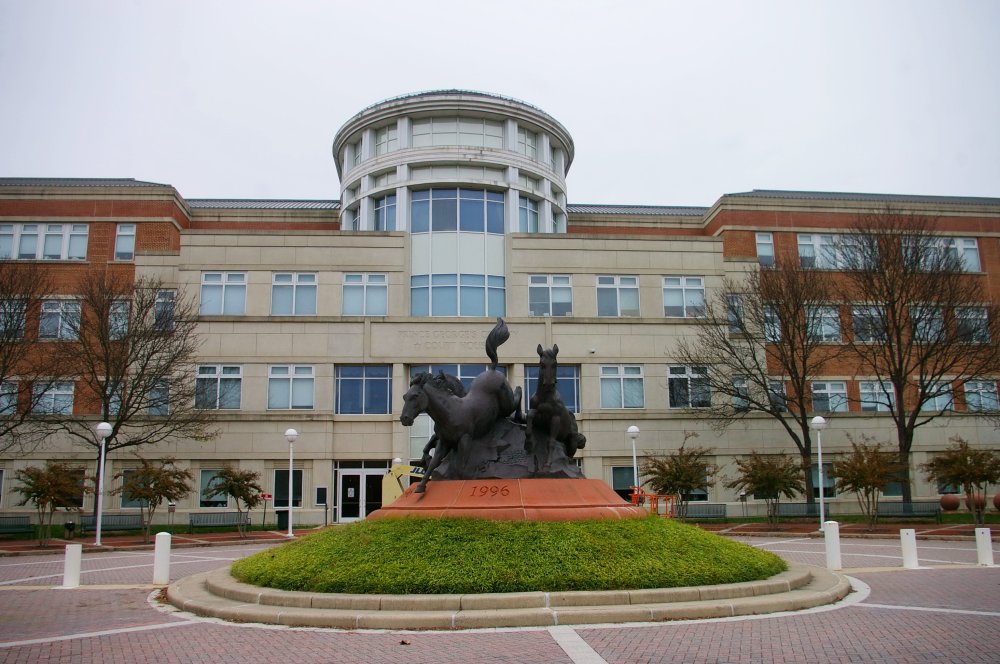 Description:  The building faces south and is a four story red colored brick and concrete structure.  The south center section projects from the main building rising three stories with a semi-circular recessed section rising to the roof line. The windows are horizontal. The building is along the south side of the old courthouse. 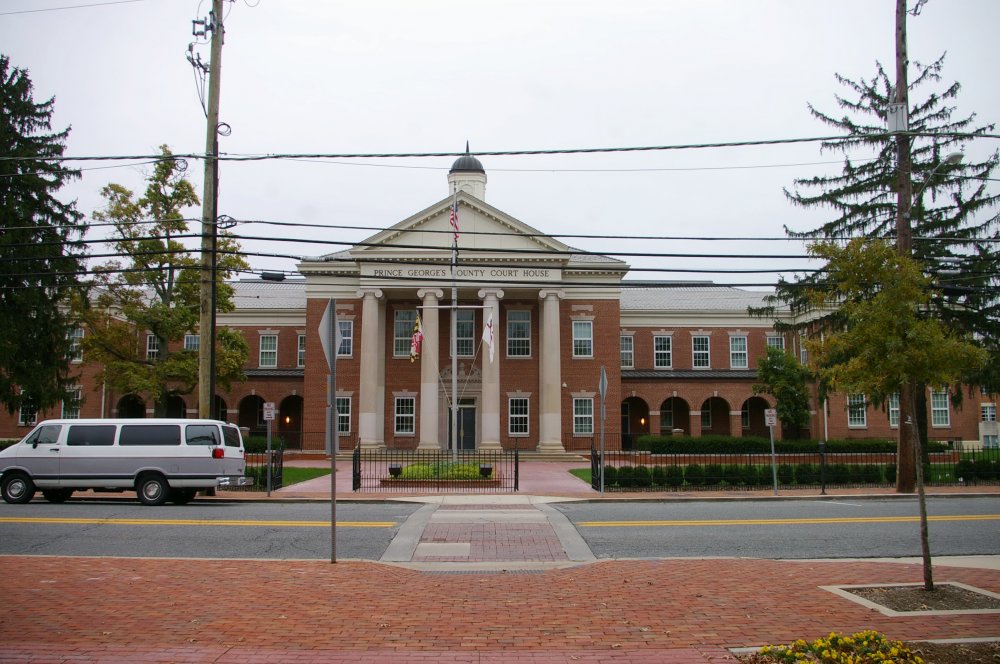 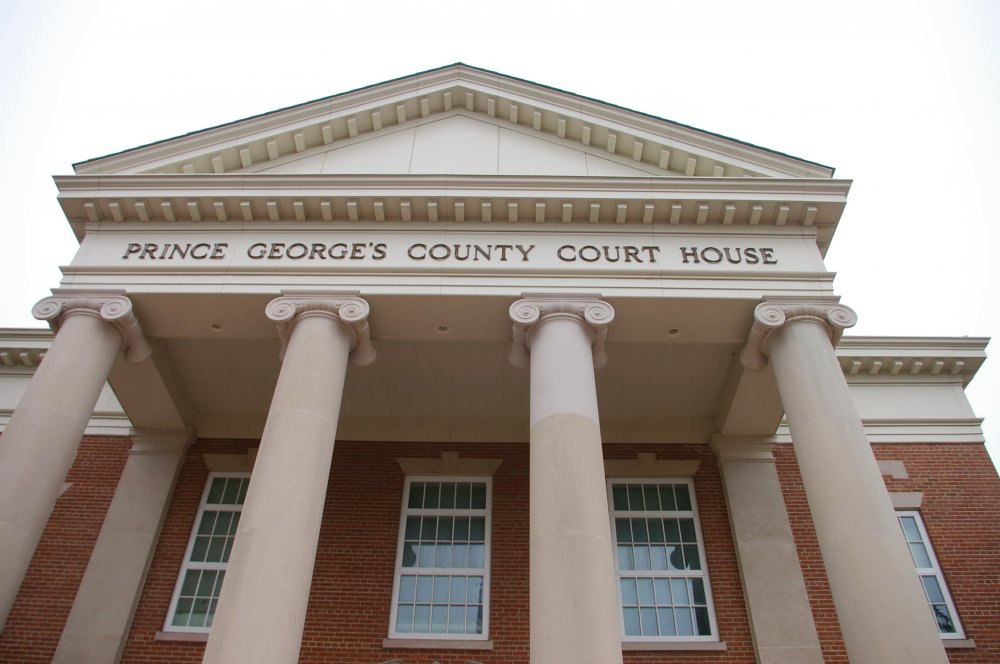 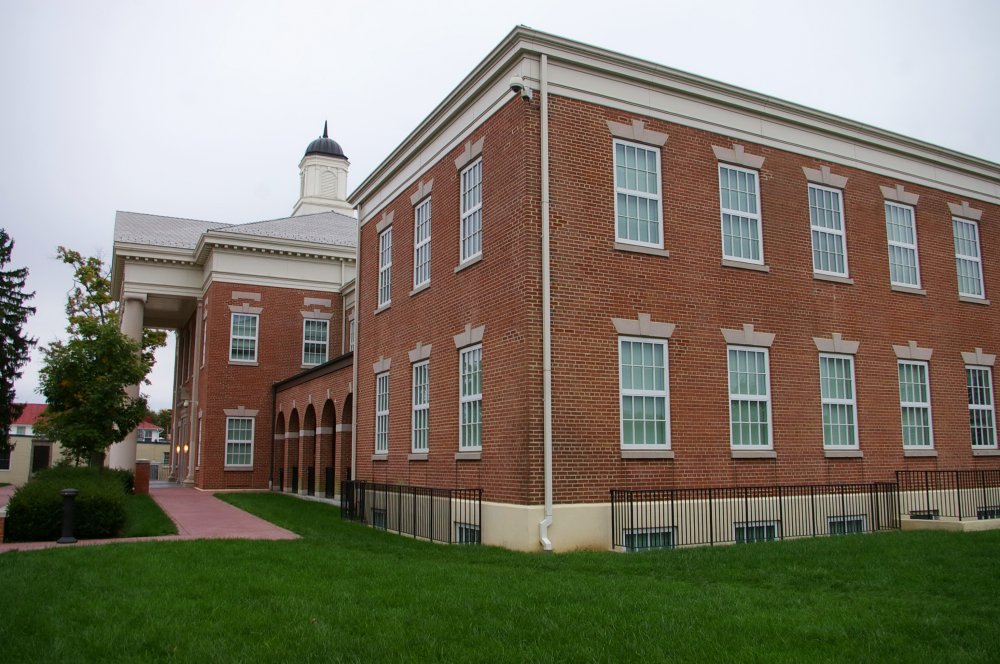