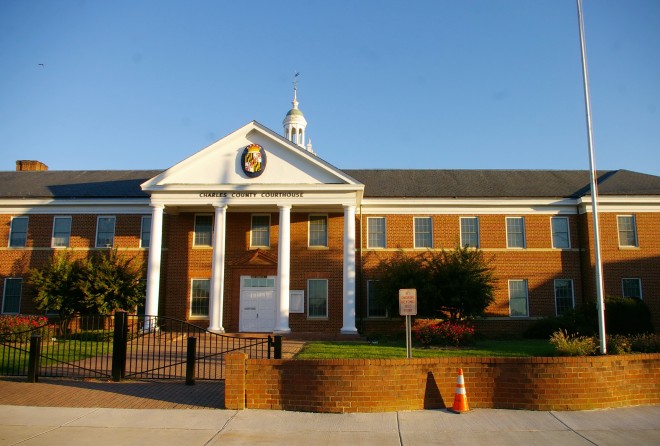 Charles County is named for Charles Calvert, 3rd Baron Baltimore, who was the second proprietor of the Maryland colony.

Description:  The building faces south and is a two story red colored brick and concrete structure. The south front has a large portico at the central entrance with four white colored columns rising to a pediment at the roof line.  On the center of the roof is a square cupola with round sections at the top. The roof is hipped. The north side of the building is glass with a connection to another building on the north side.

Note:  The first courthouse was built in Port Tobacco in 1819. In 1892, the previous courthouse was designed by Joseph C Johnson and constructed by James Haislip. 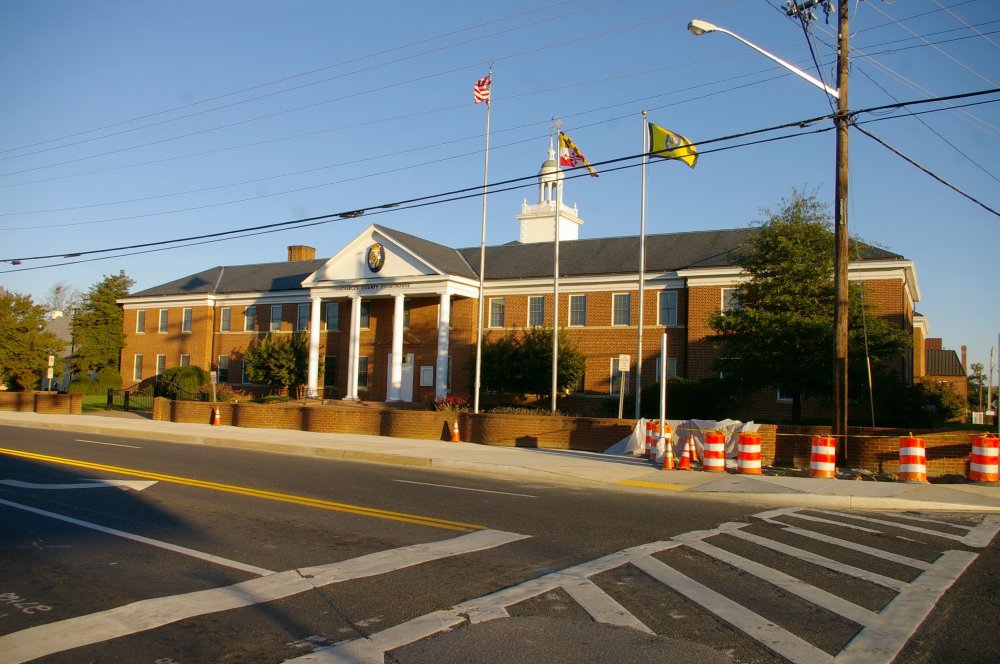 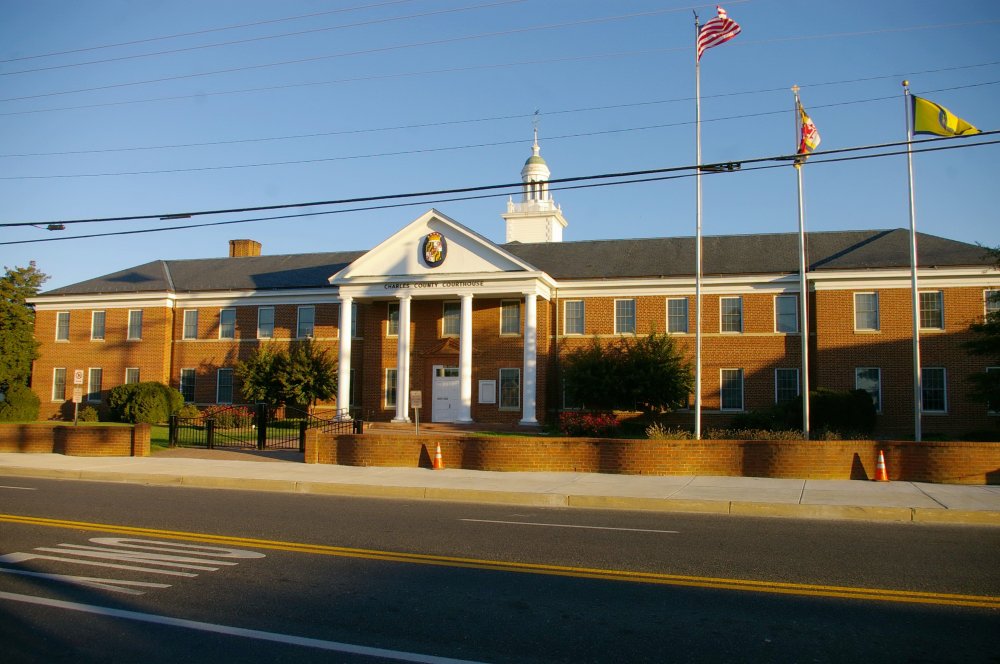 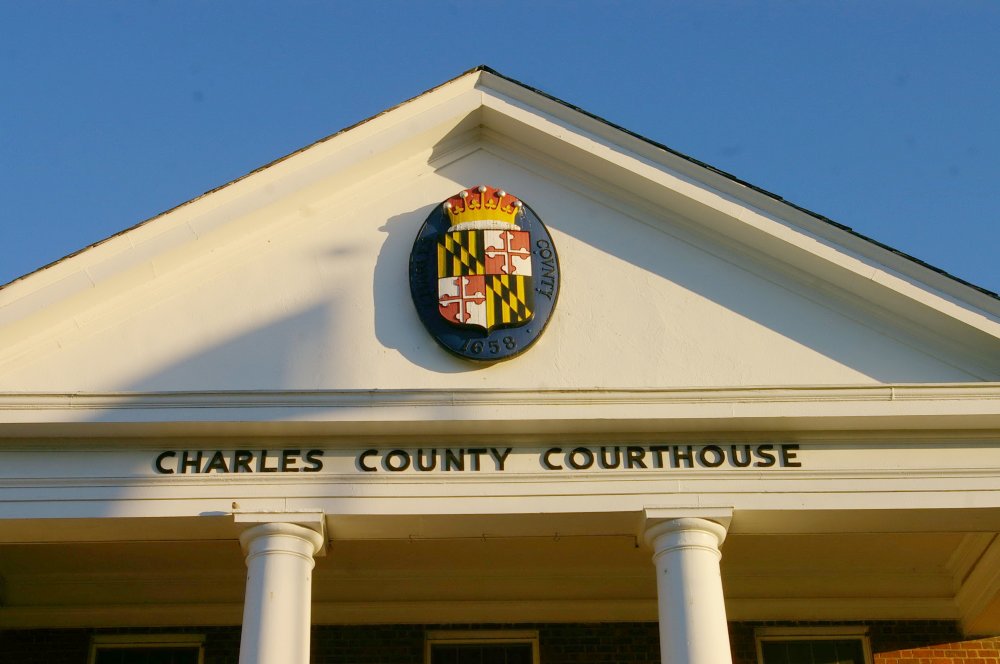 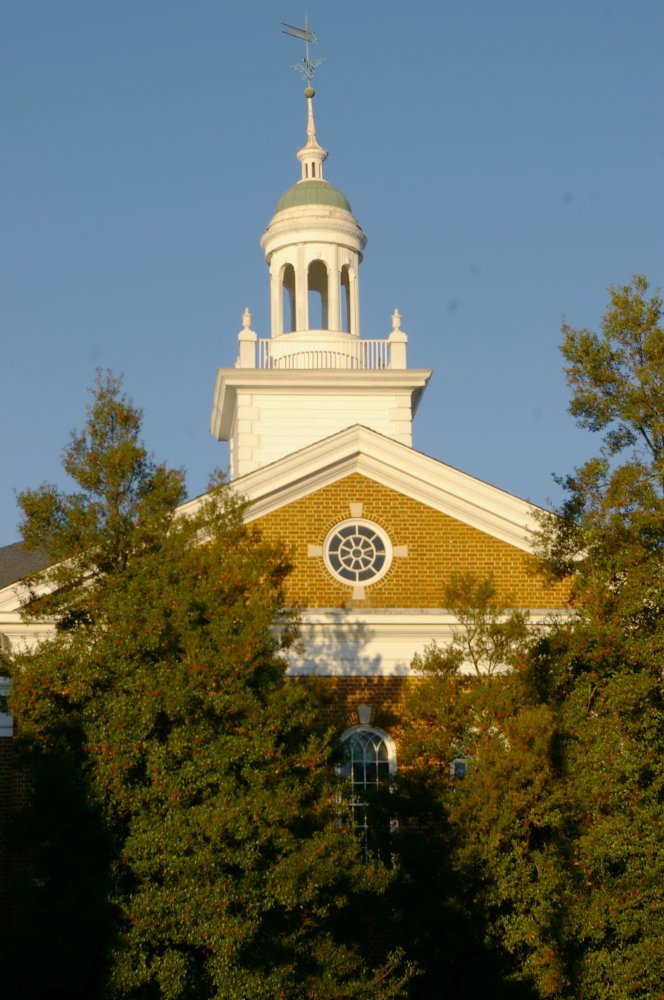 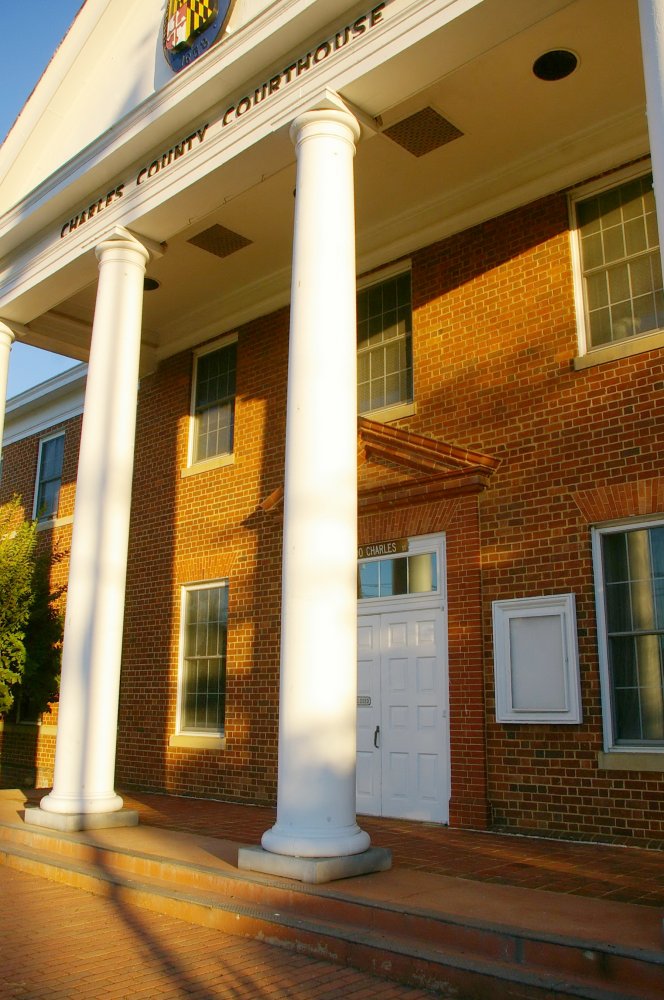 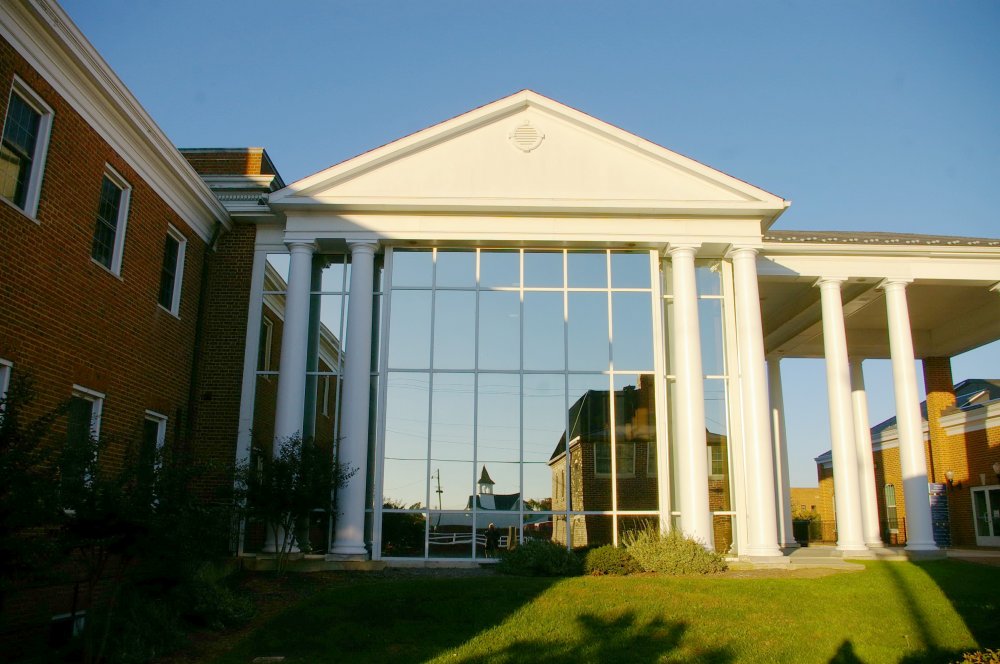 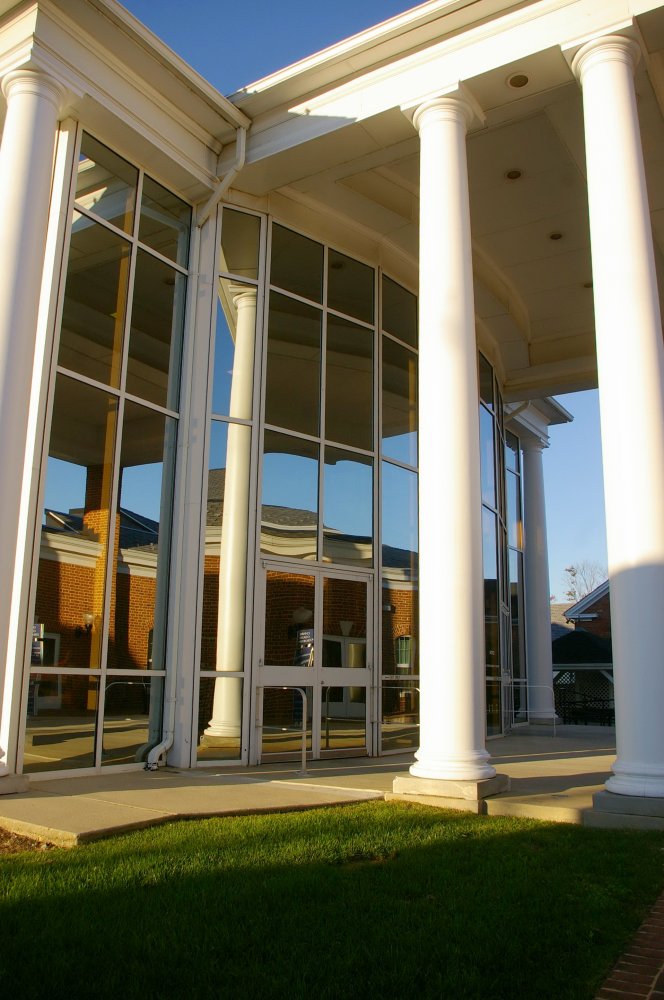 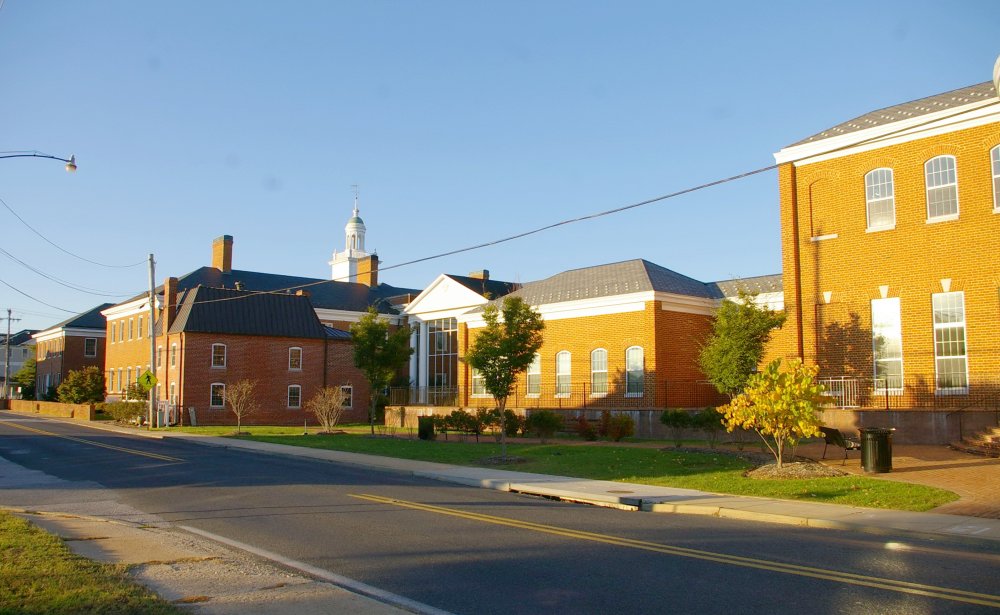 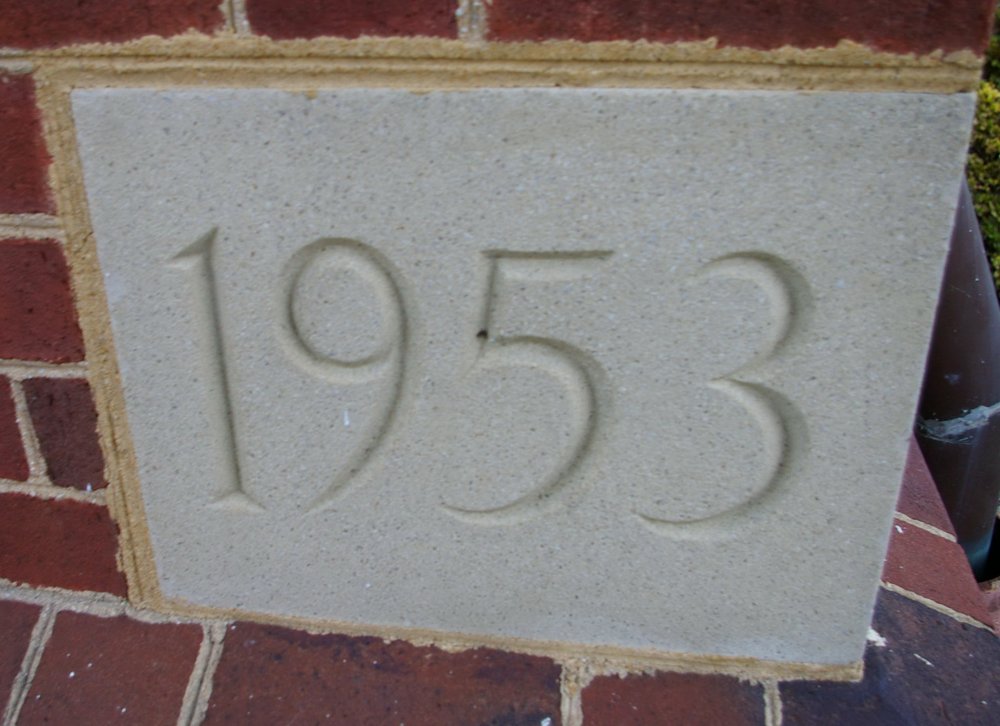 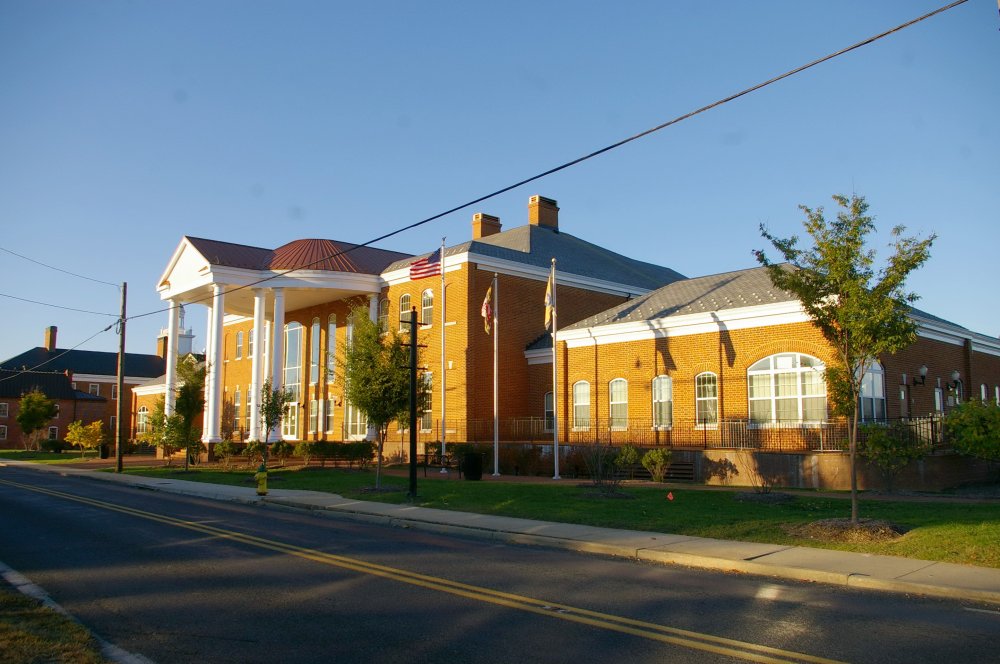 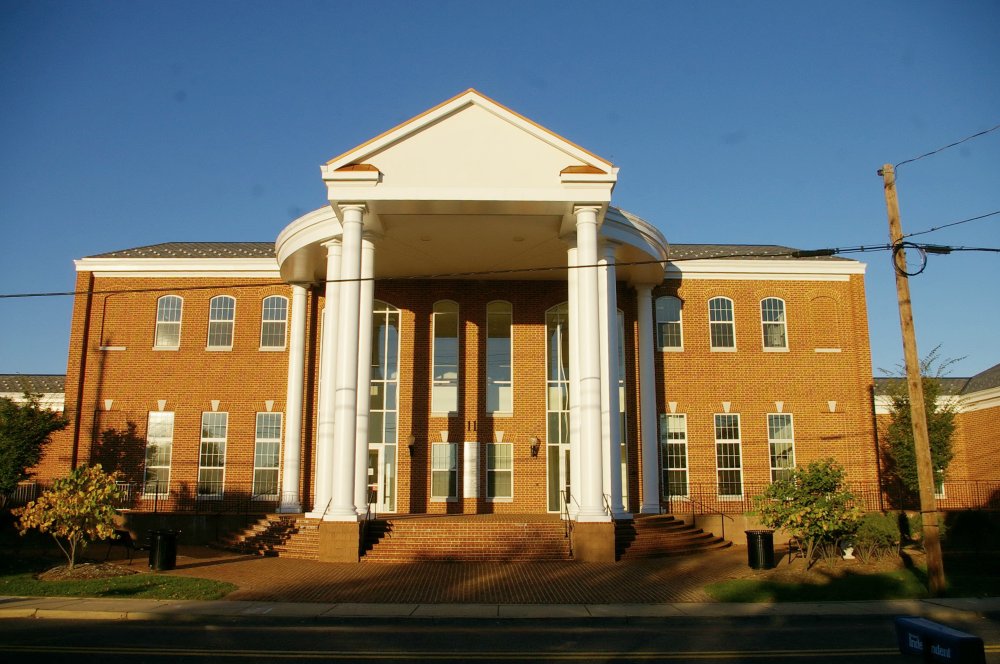