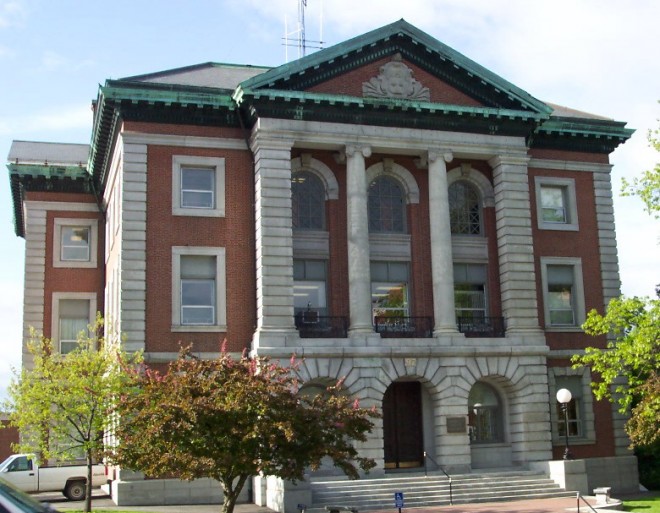 Description:  The building faces south and is a three story red colored brick and stone structure. The building is located on landscaped grounds in the center of Bangor. The building has a portico with three stone arches on the first story and two columns rising to the pediment at the top of the third story. Behind the columns are high windows. The corners of the building are trimmed with stone. The roof is hipped. On the east side is the old red colored brick Sheriff Residence. 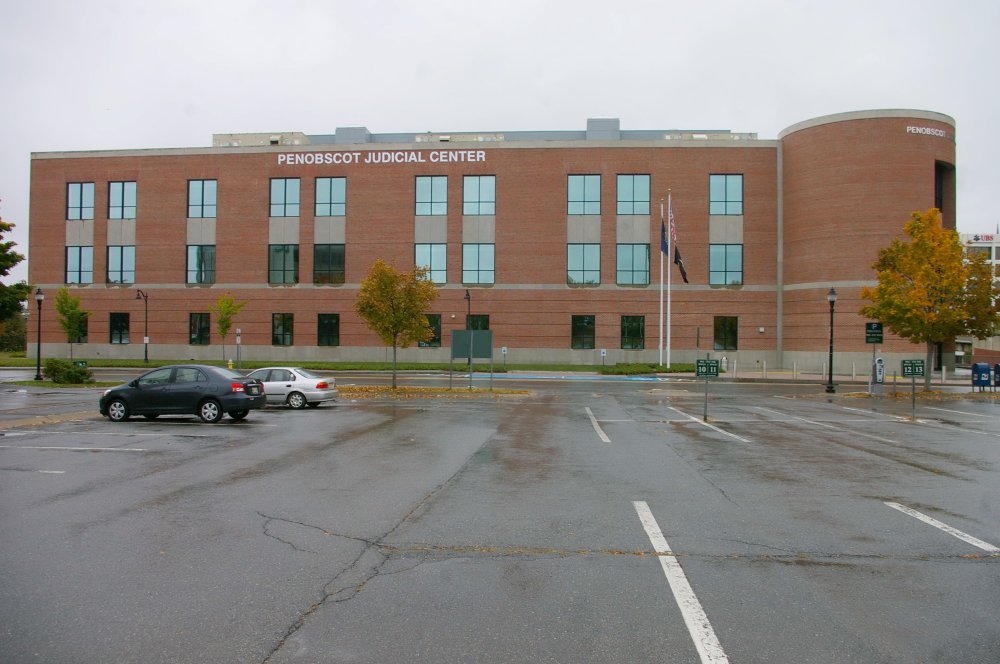 Description:  The building faces north and is three story red colored brick and concrete structure. The building is located on landscaped grounds in the center of Bangor to the south of the courthouse. At the northwest corner is a circular tower with entrance on the first story. On the second and third stories, the windows are vertical with panels between. The roof line is flat. 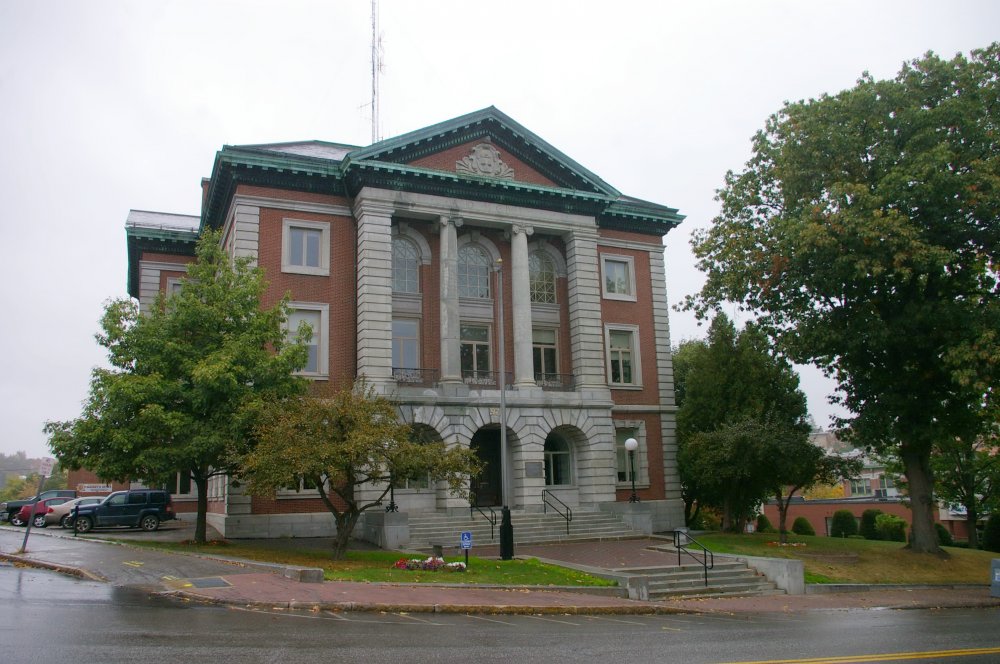 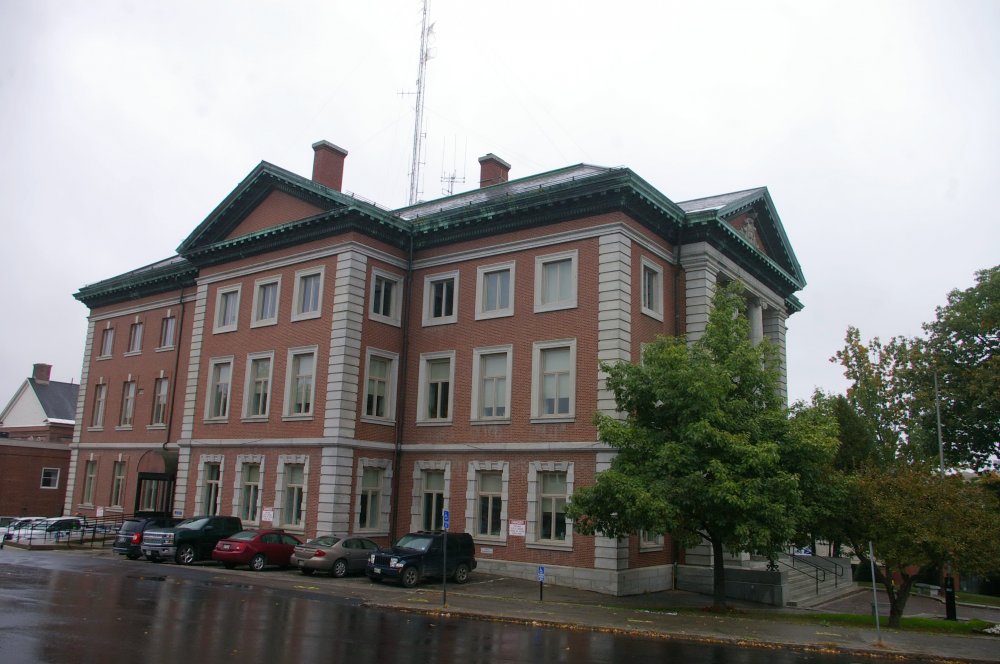 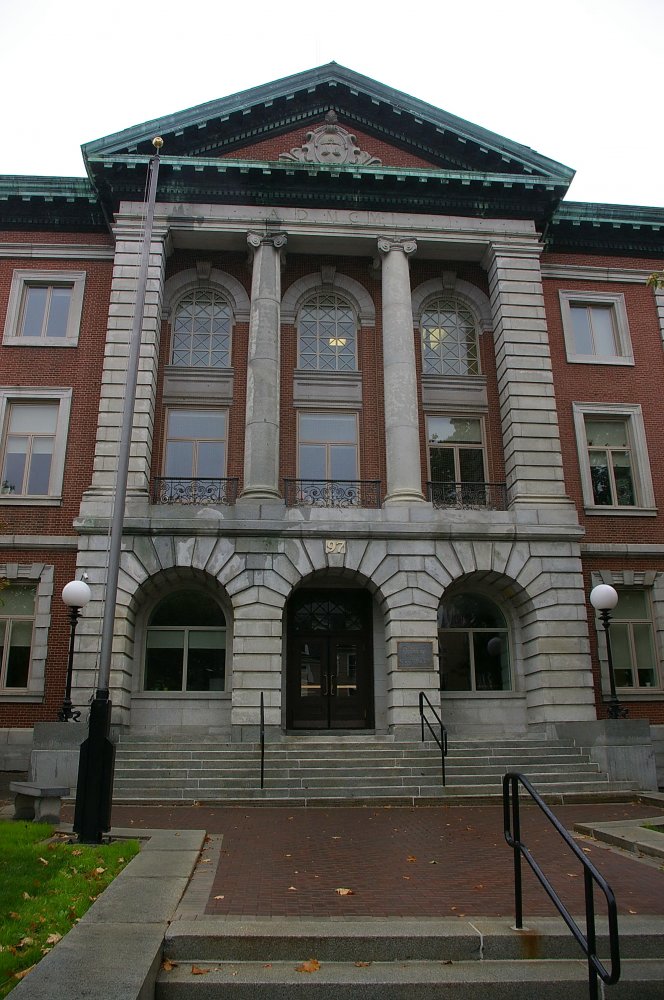 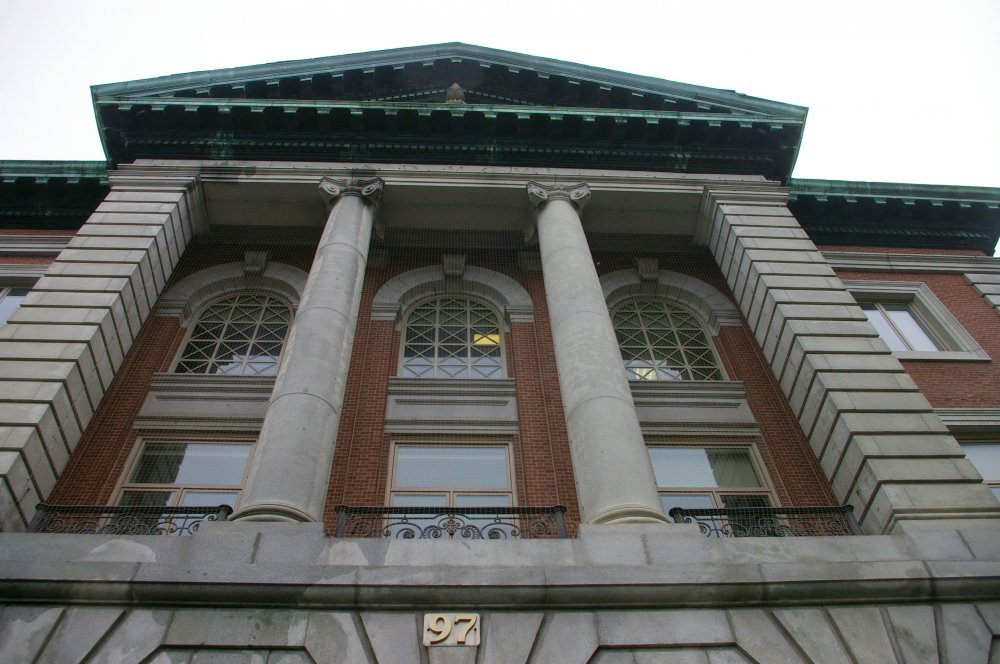 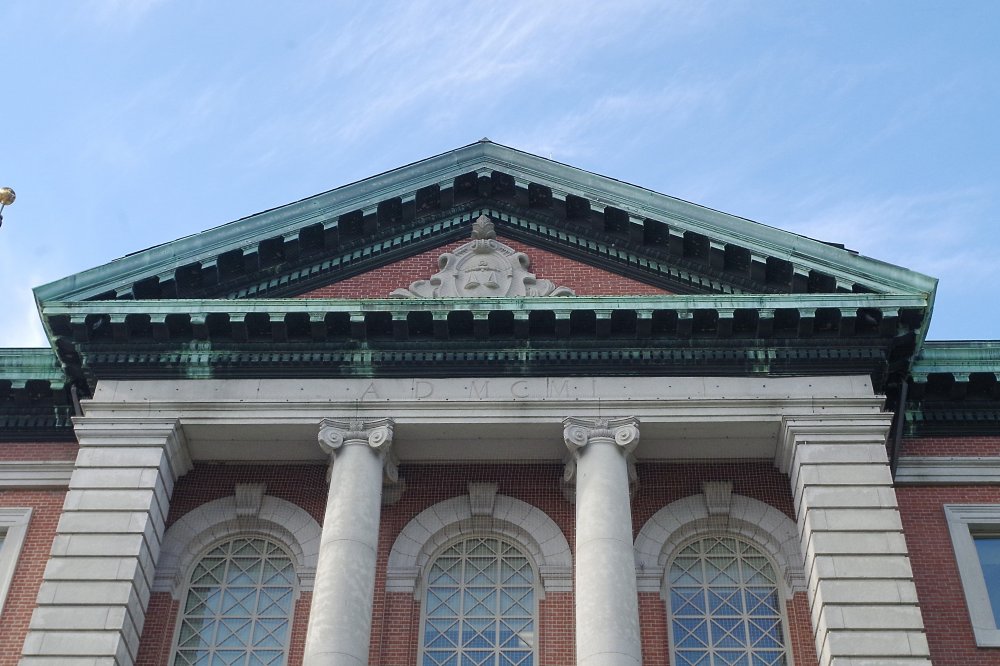 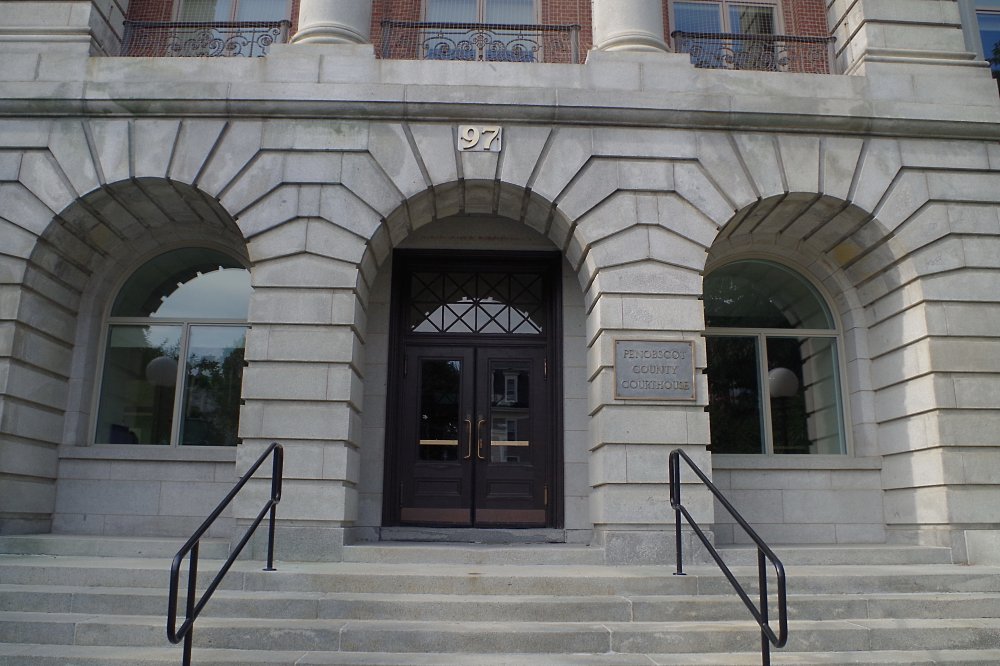 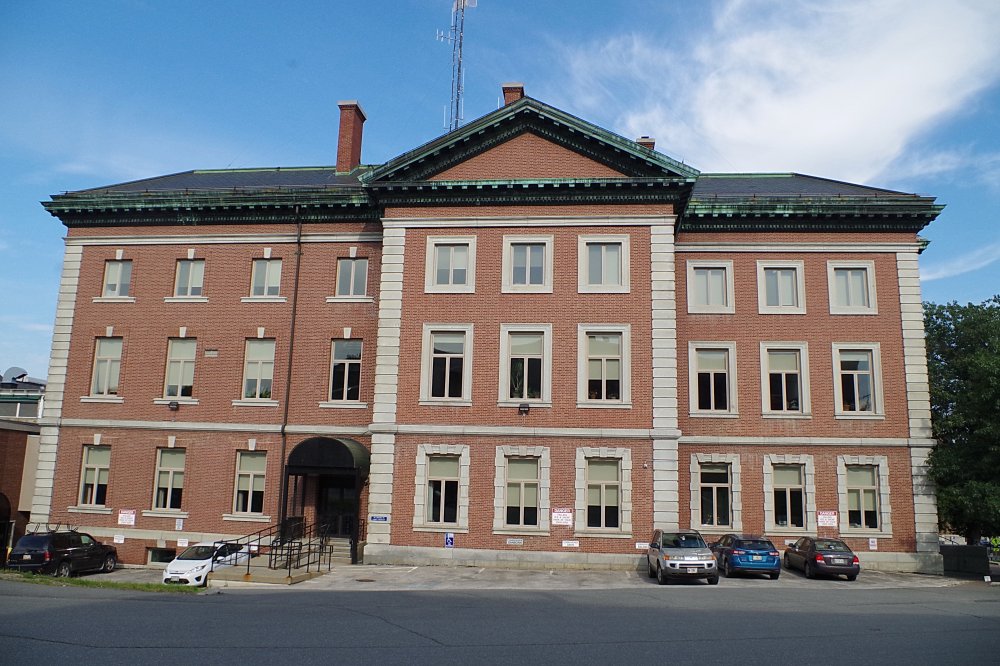 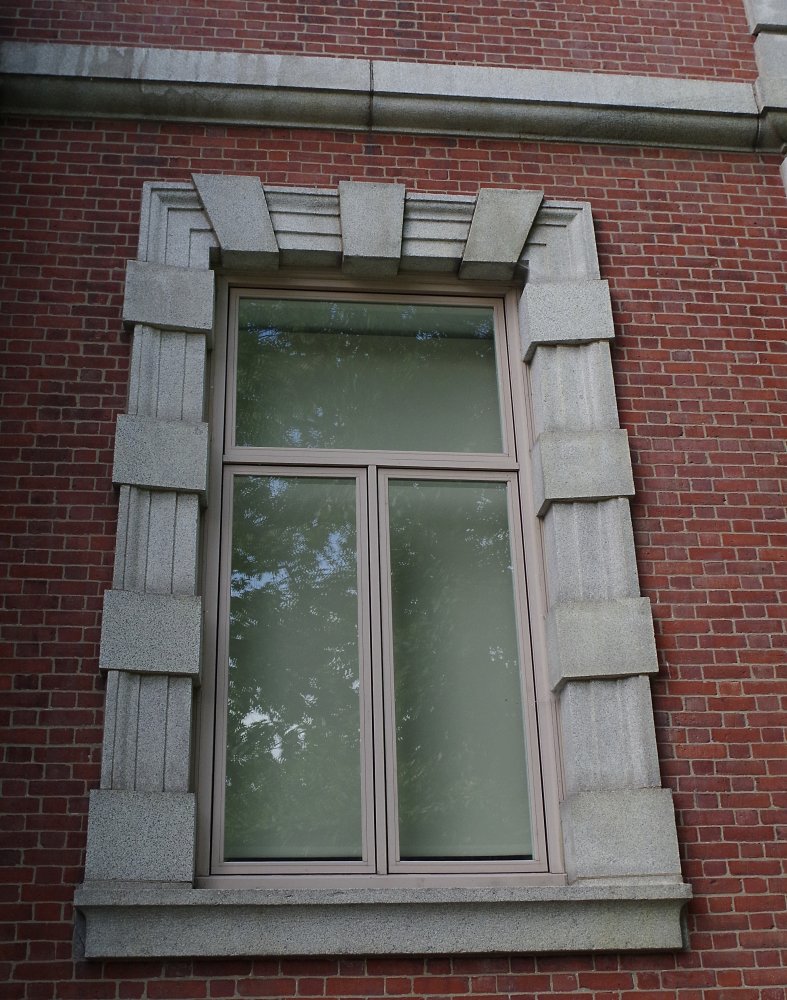 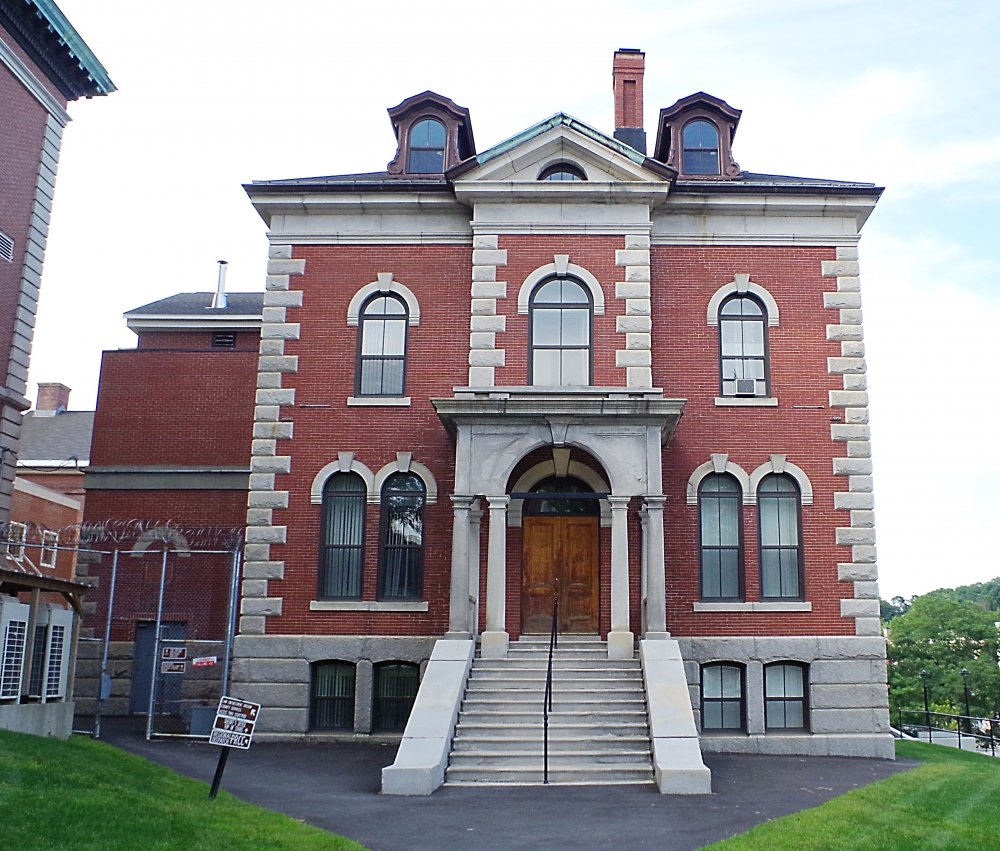 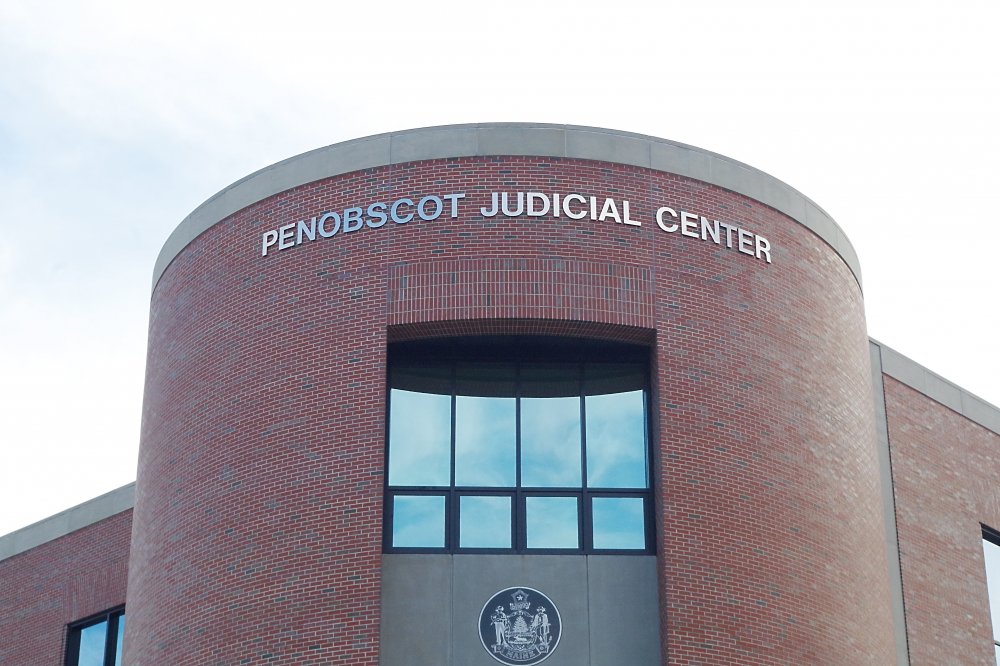 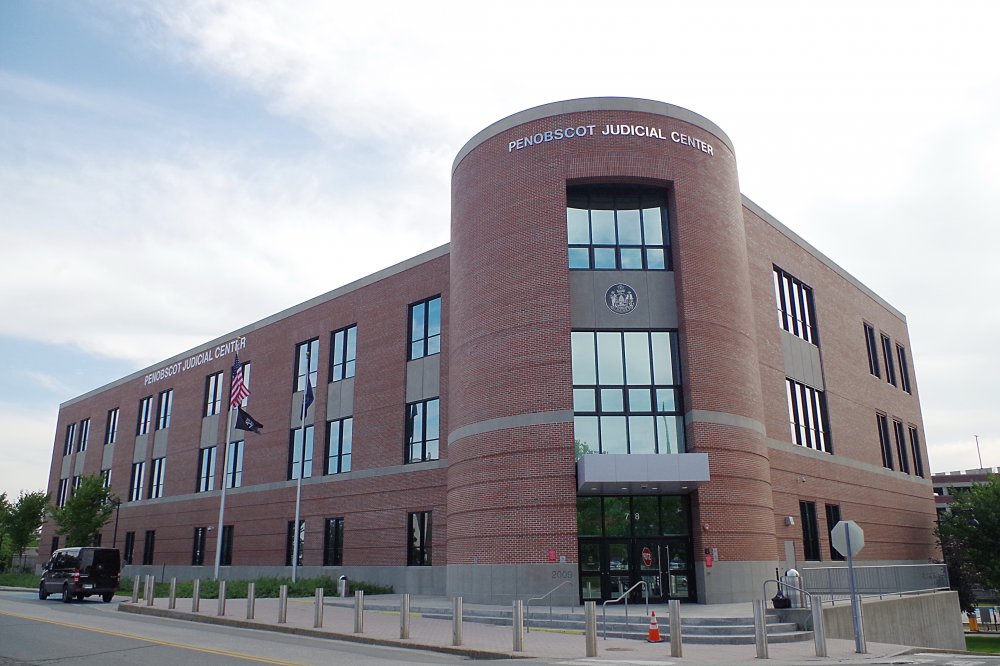 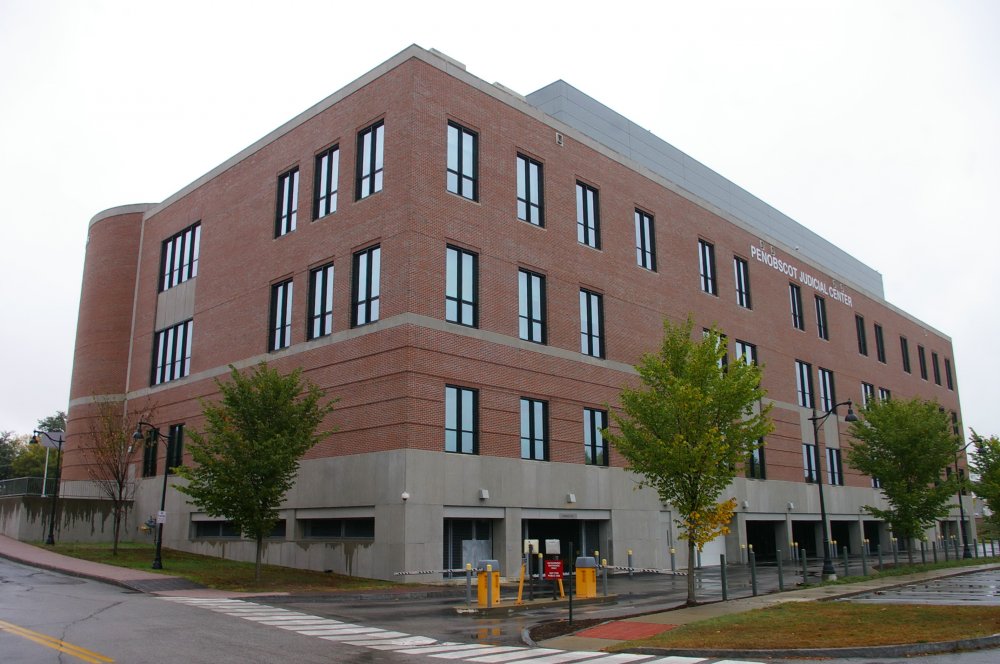 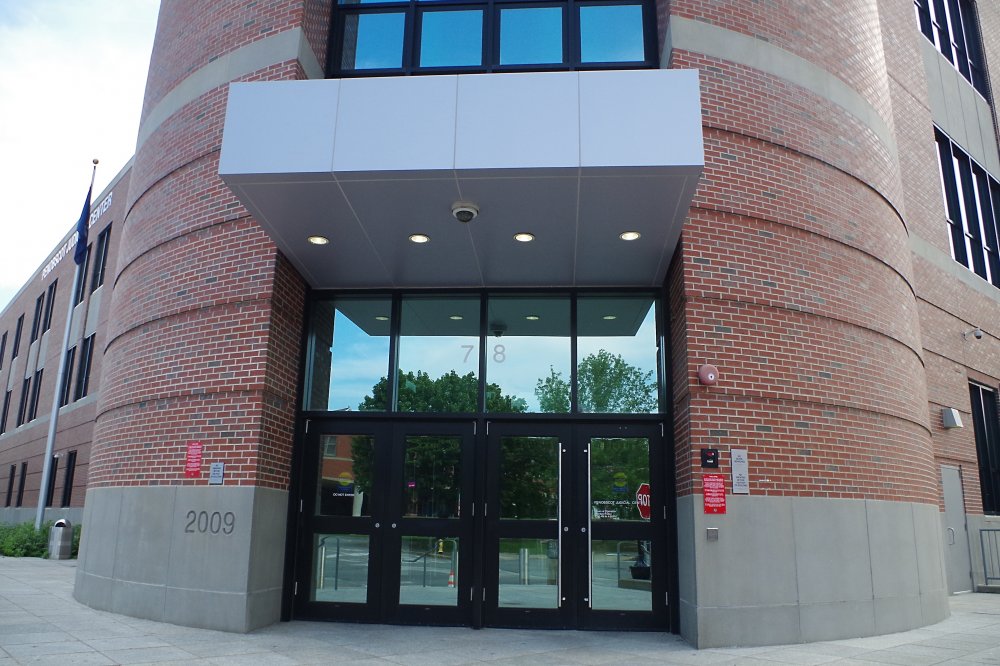 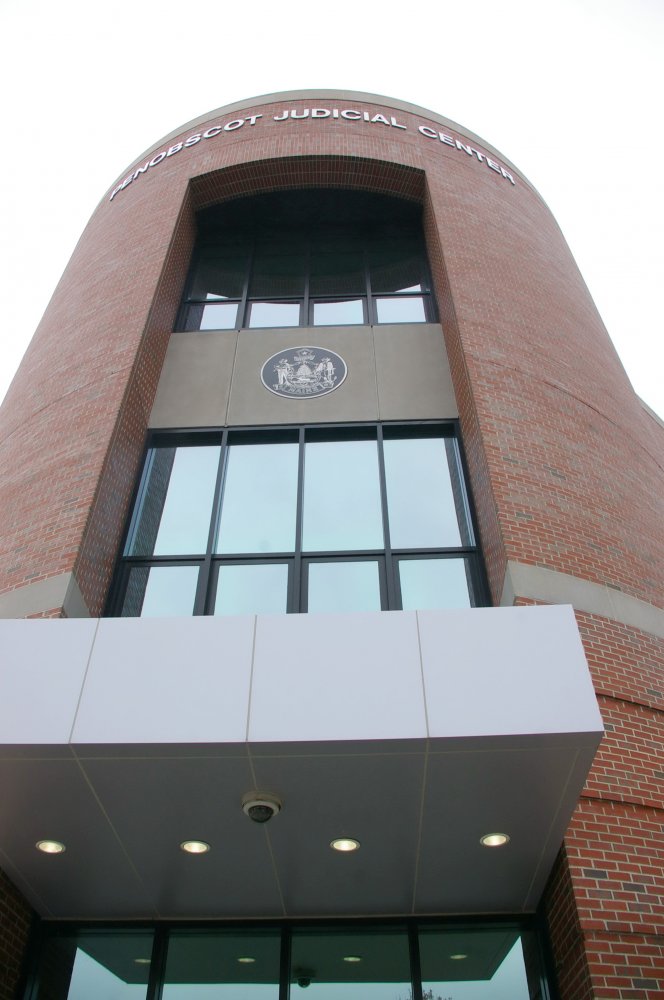 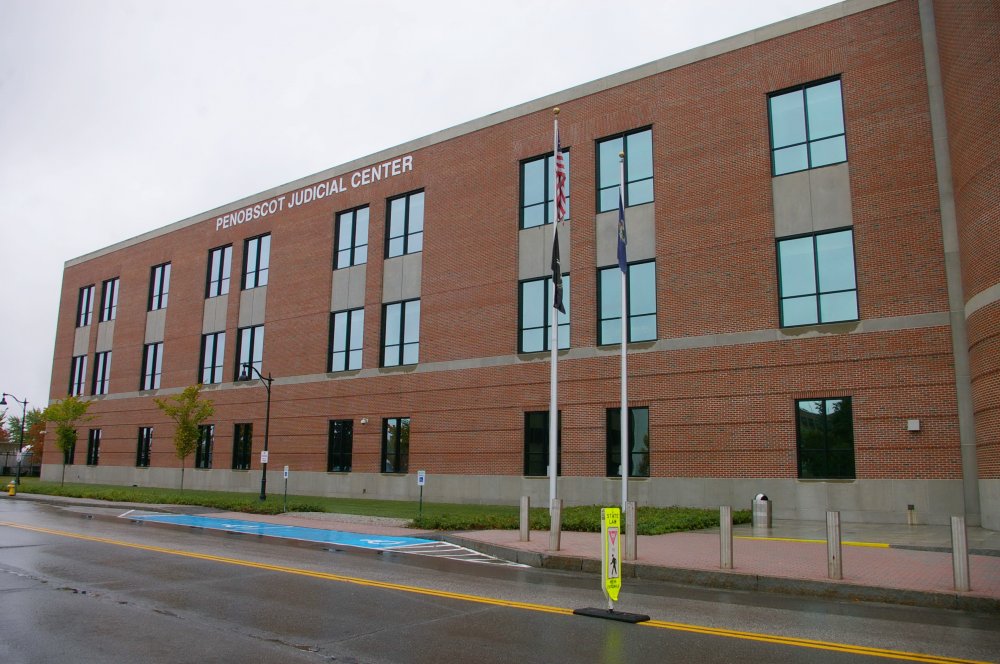 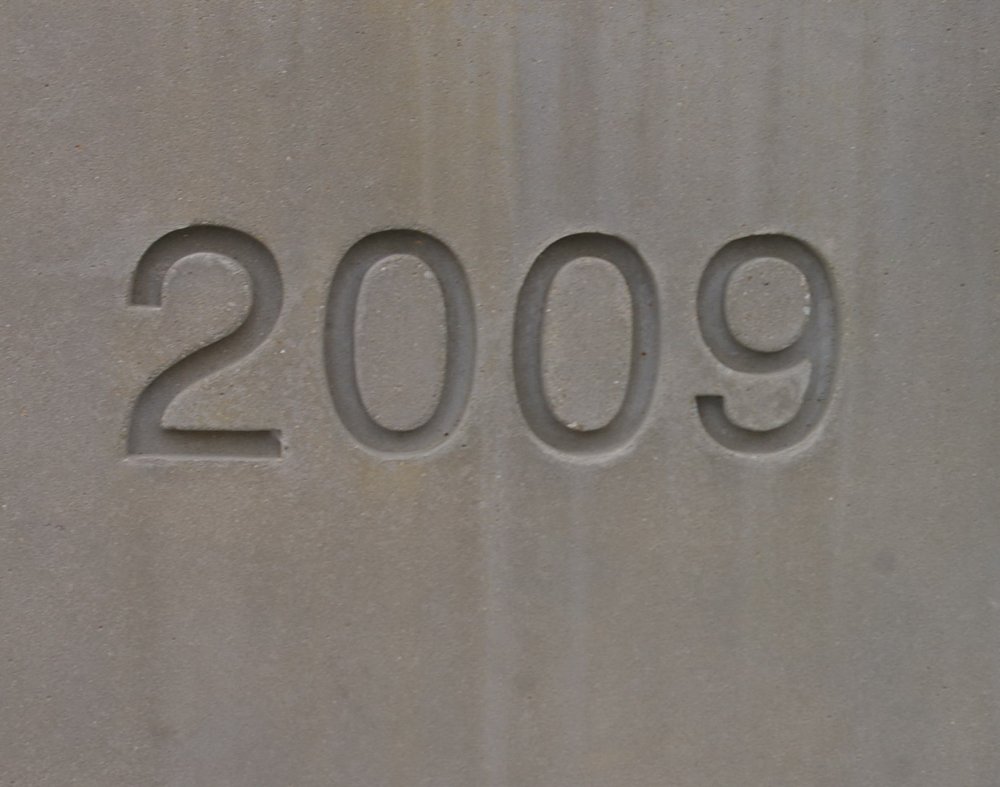