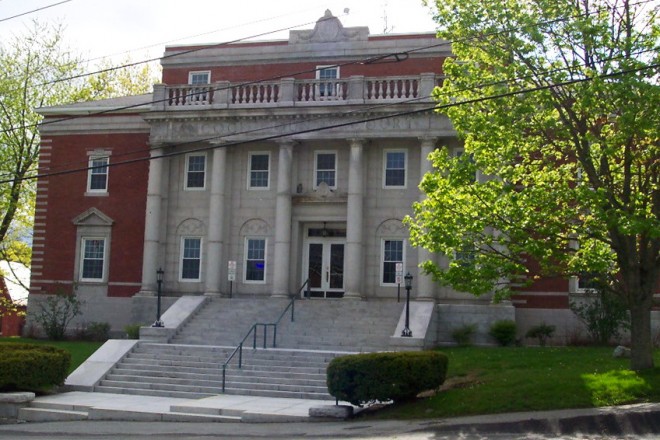 Description:  The building faces east and is a three story red colored brick and concrete structure. The building is located on landscaped grounds in the center of Ellsworth. There are six Doric columns rising from the first story to the top of the second story with a stone balcony above at the third story. The front face of the building is limestone with a stone frame at the central entrance.

See:  On the east side of the courthouse is the Old County Jail designed by was Francis H Fassett of Portland and constructed by J & J Philbrook of Lewiston in 1885 to 1886. 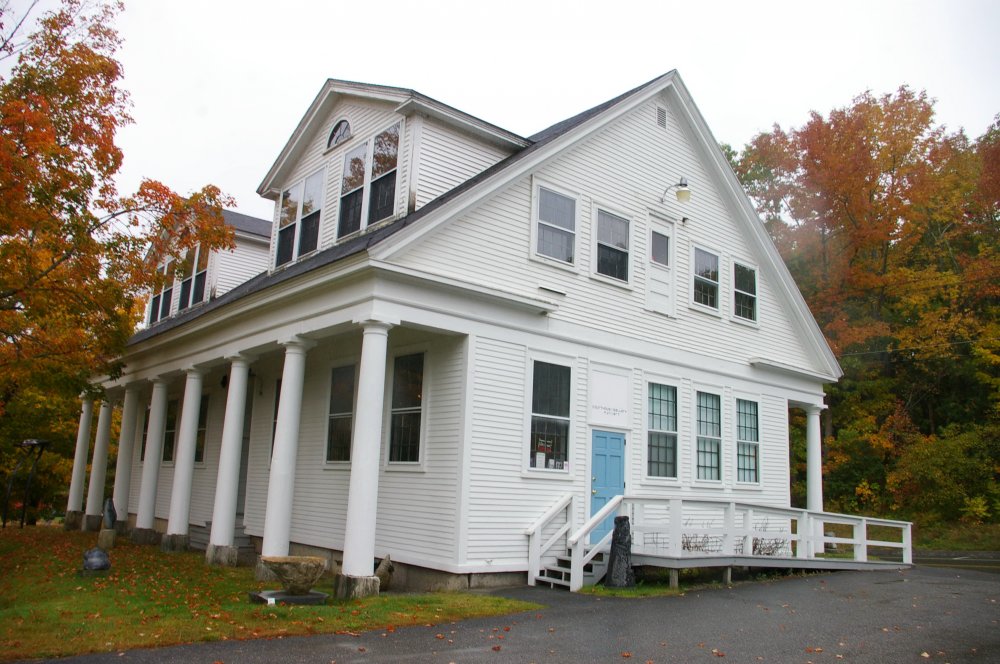 Description:  The building faces northeast.and is a two story white colored wood structure. The building is located on landscaped grounds on Bridge Hill in the center of Ellsworth to the southwest of the courthouse. The northeast front has a long porch supported by eight white colored columns. There are two large dormers on the hipped roof.  The southwest side has similar columns and one central dormer on the roof. The gable ends of the building are pierced by doors and windows in both stories. The building now houses an art gallery. The building served as the courthouse until the third courthouse was built in 1886 in the downtown area to the northeast. On the north side is the old Town Hall erected at the same time.

History:  The county was created in 1790 and Castine was designated as the county seat. The first courthouse had been erected in 1789 at the corner of Court Street and School Street facing the Town Common ( site of the Witherle Memorial Library ) at a cost of $1,200. The building was converted to a town house and is no longer standing. Large trials were held in the meeting house also facing the Town Common ( site of the Unitarian Universalist Congregation Church ) as the original structure had a balcony on three sides to accommodate more people. The county seat was moved to Ellsworth in 1837. The second courthouse was a two story structure built in 1838 which is still standing. The third courthouse was a two story brick structure built in 1886 on the site of the present 1931 courthouse. The courthouse burned in 1929 and the walls of the 1886 courthouse were used in the construction of the fourth and present courthouse in 1930 to 1931. 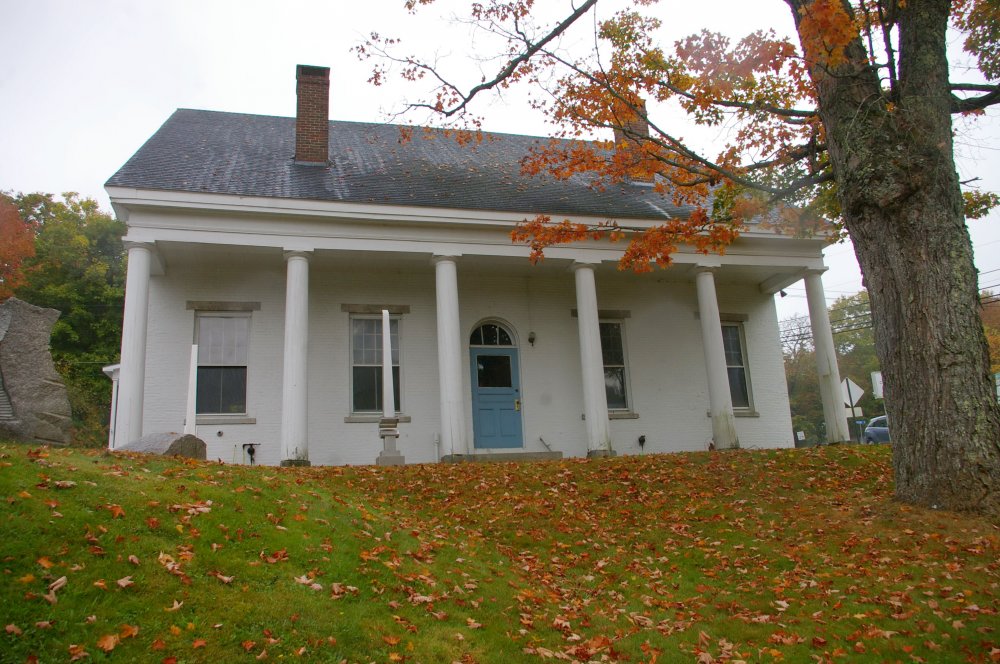 Description:  The building faces northeast.and is a two story white colored brick and wood structure. The building is located on landscaped grounds of Bridge Hill in the center of Ellsworth to the southwest of the courthouse. The northeast front has a long porch supported by six columns. The central entrance is arched. The roof is hipped. On the south side is the old courthouse. 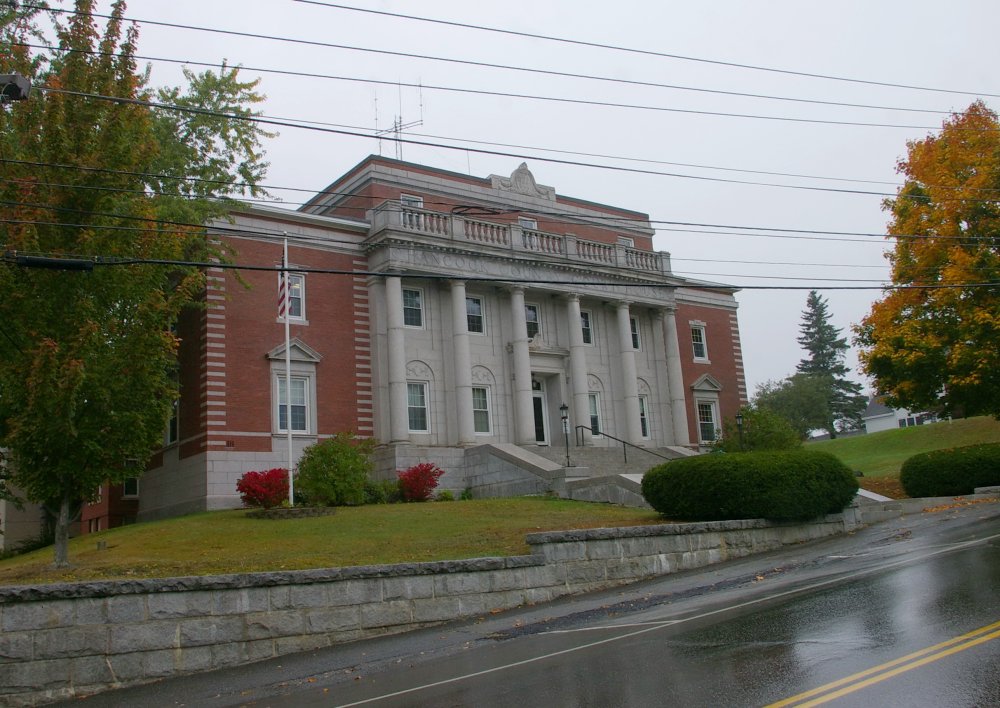 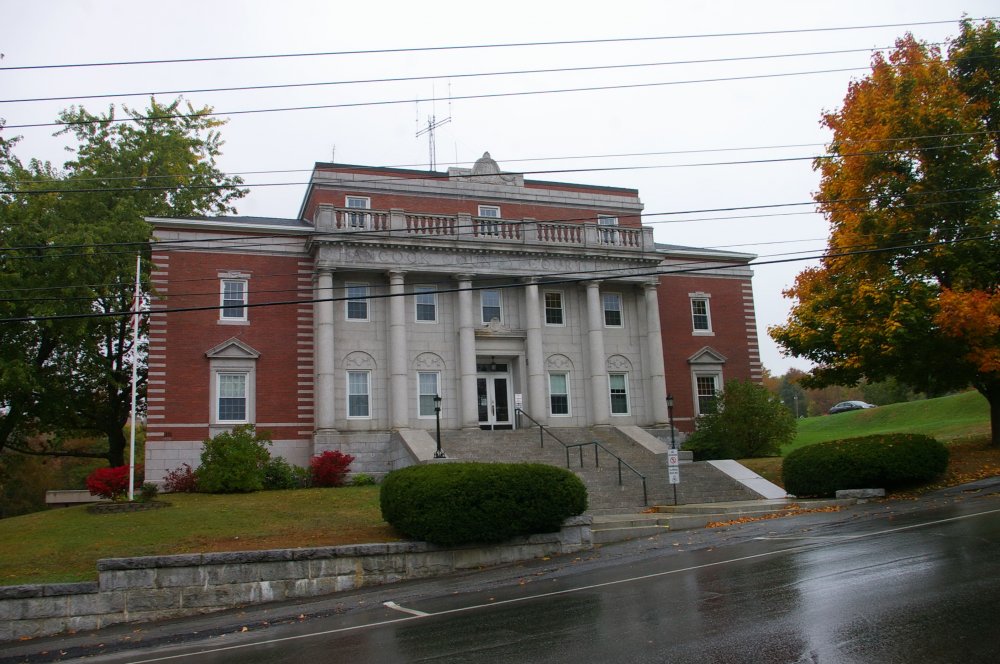 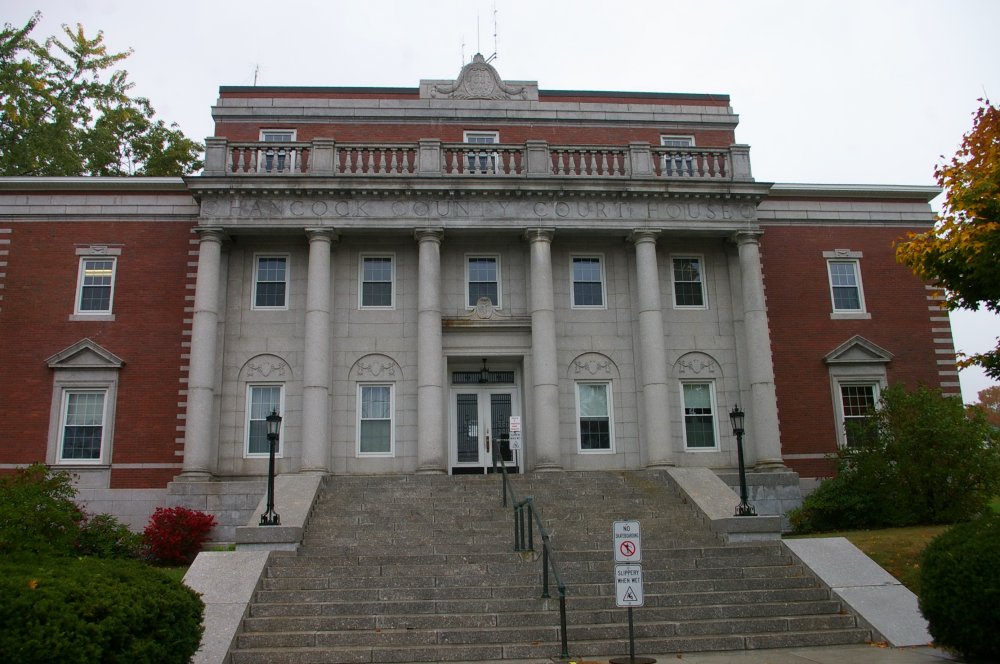 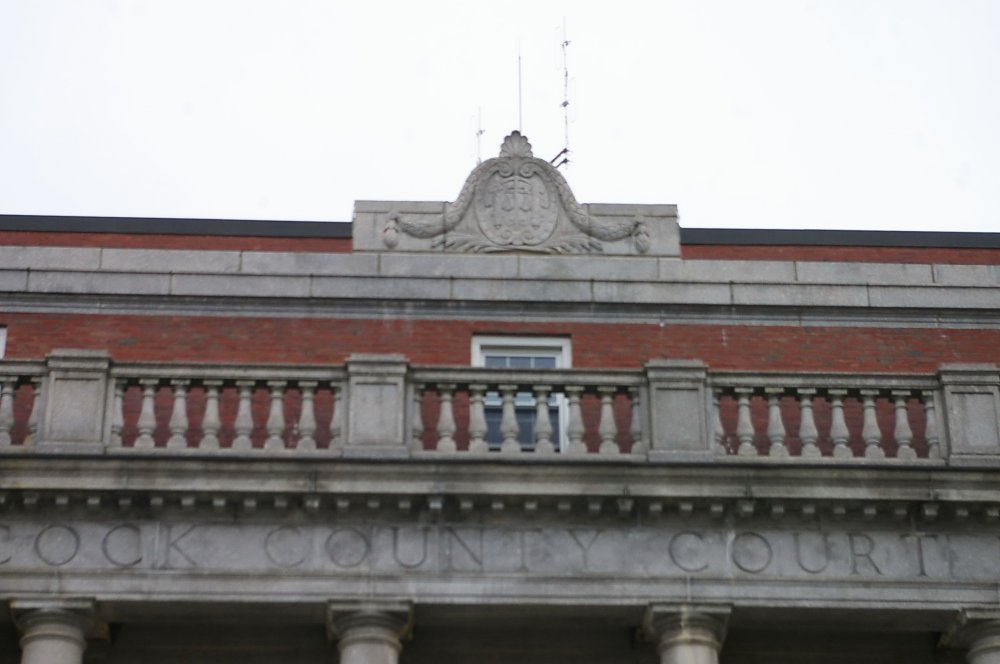 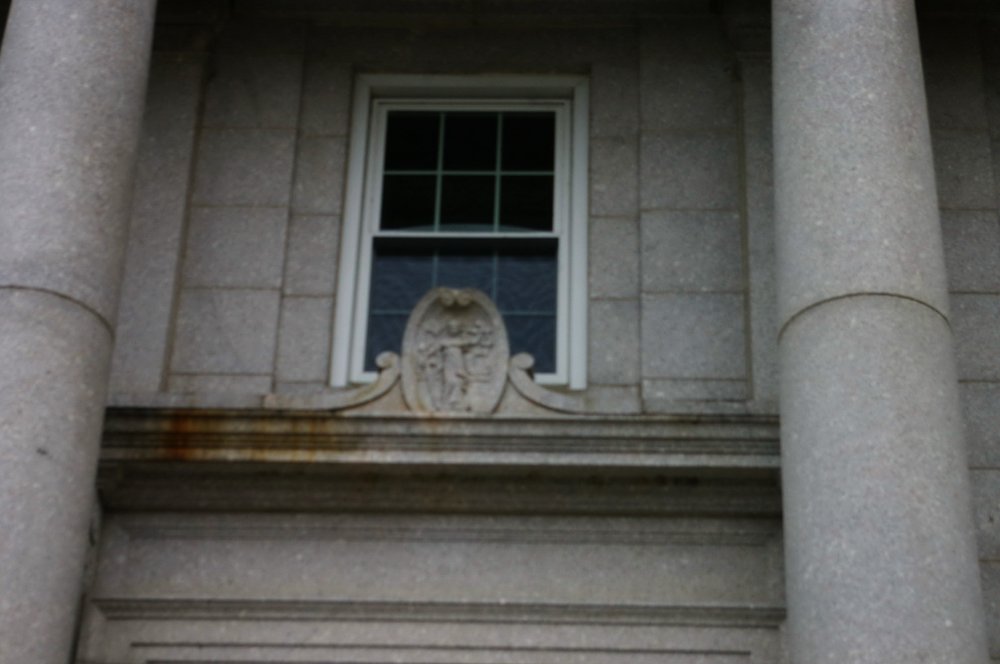 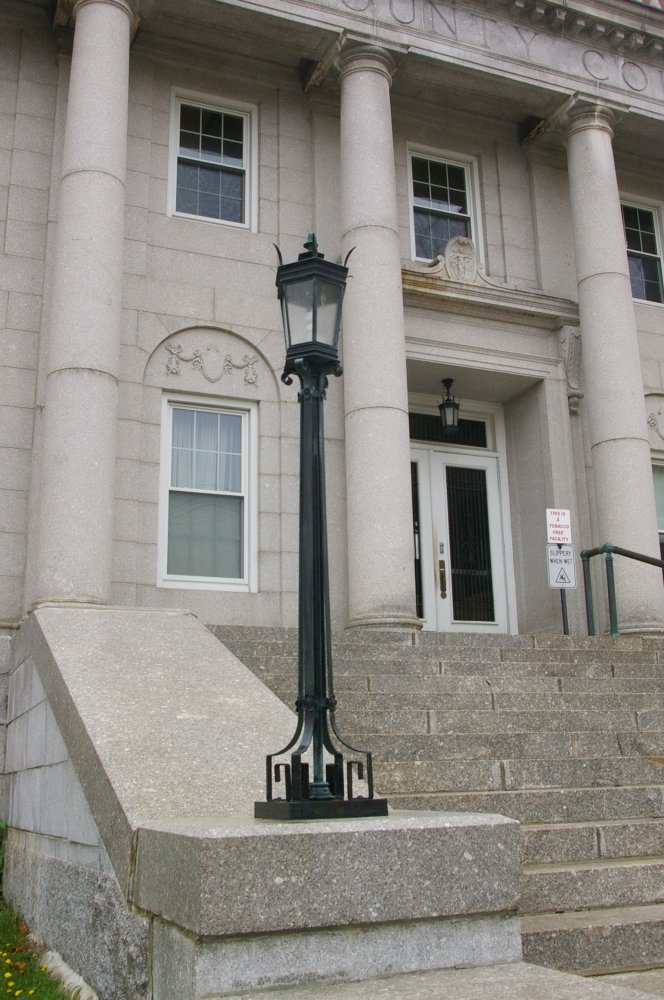 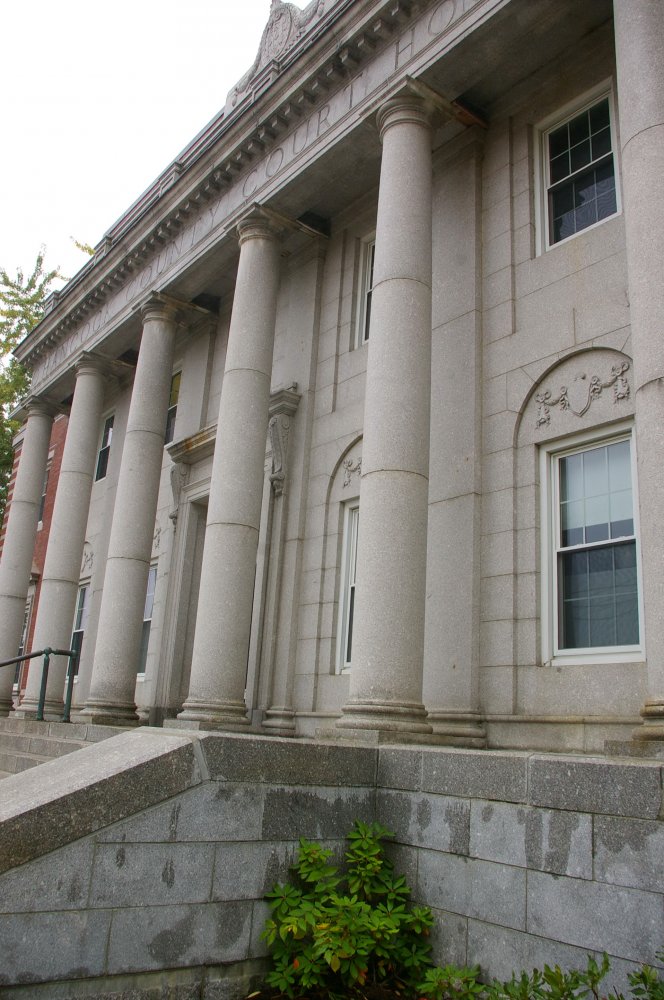 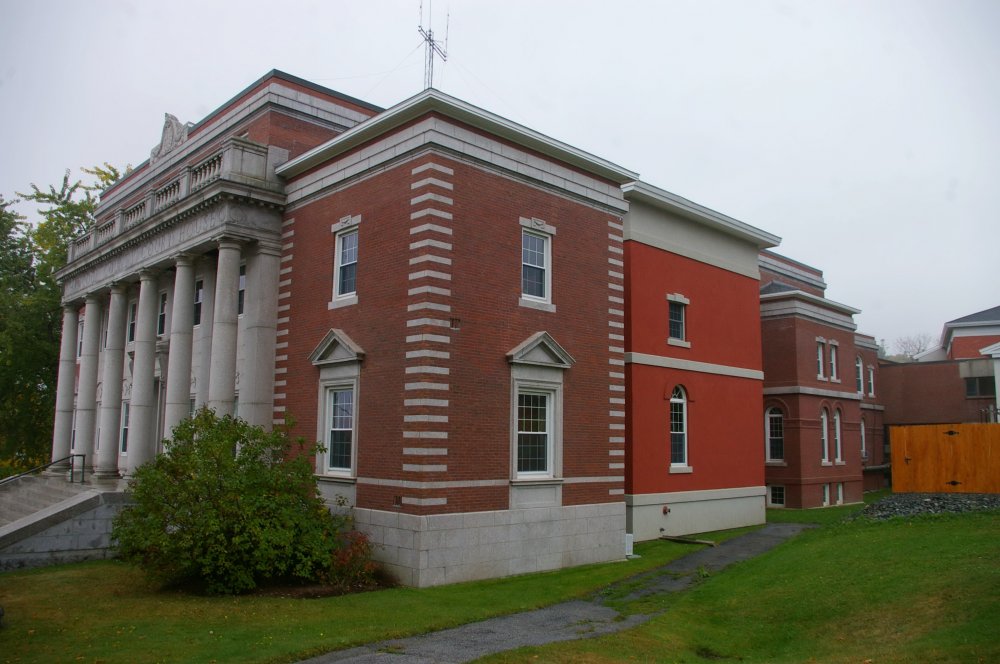 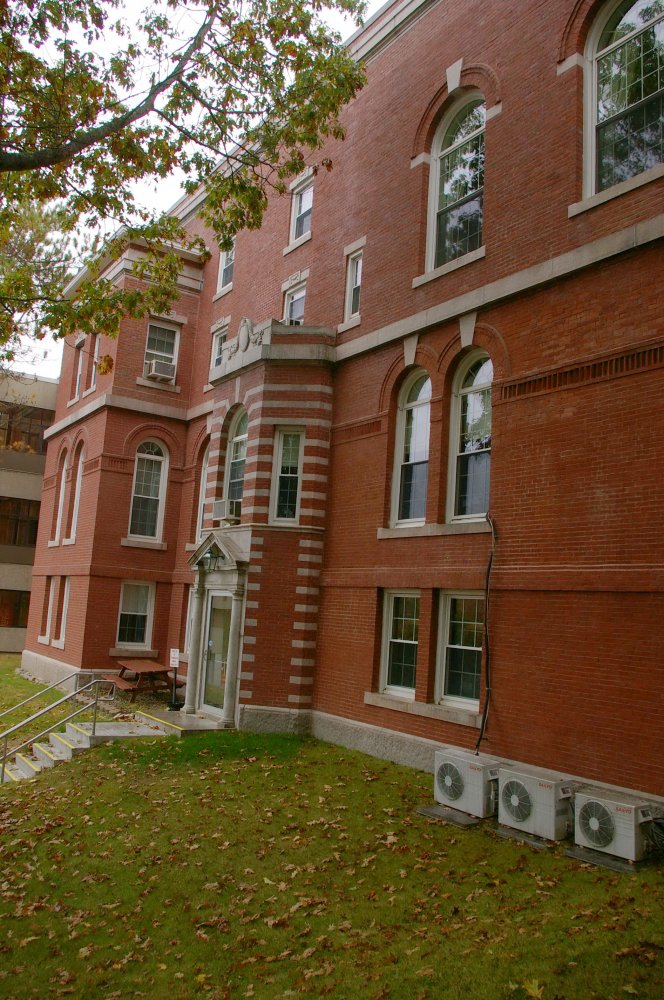 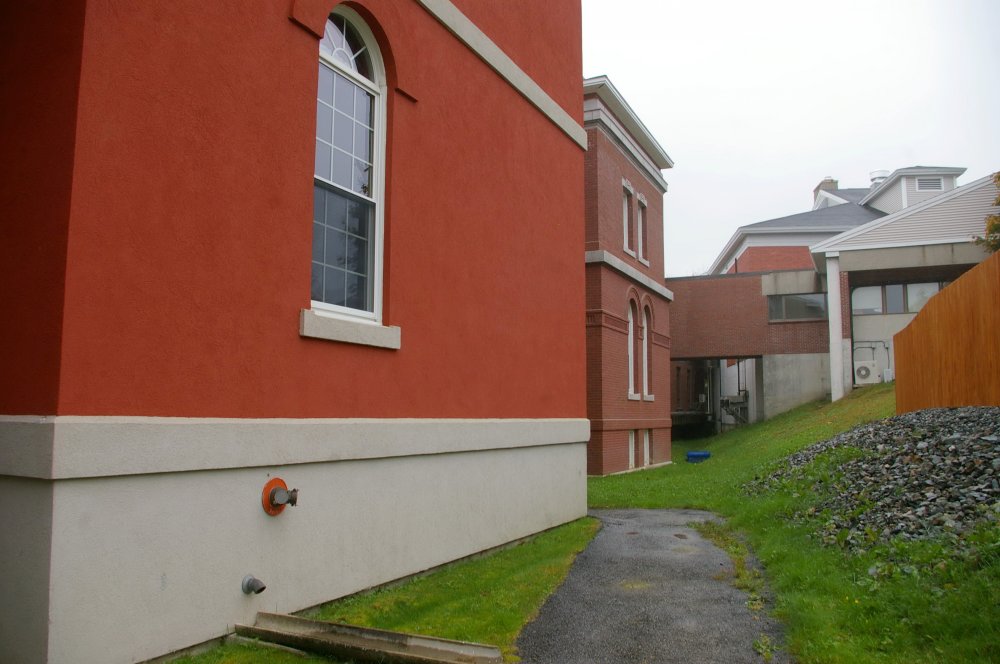 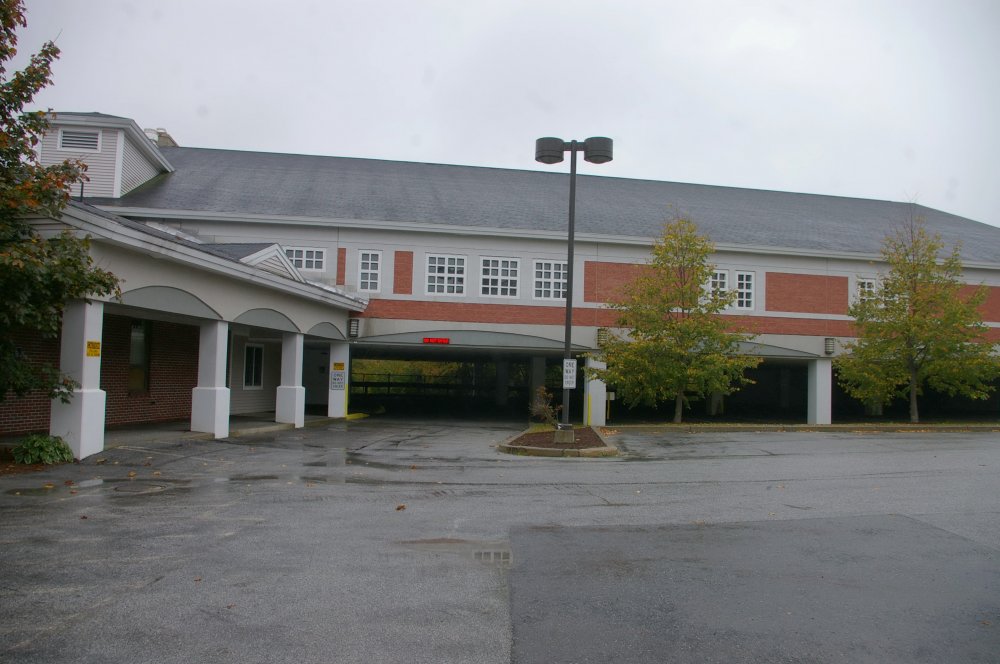