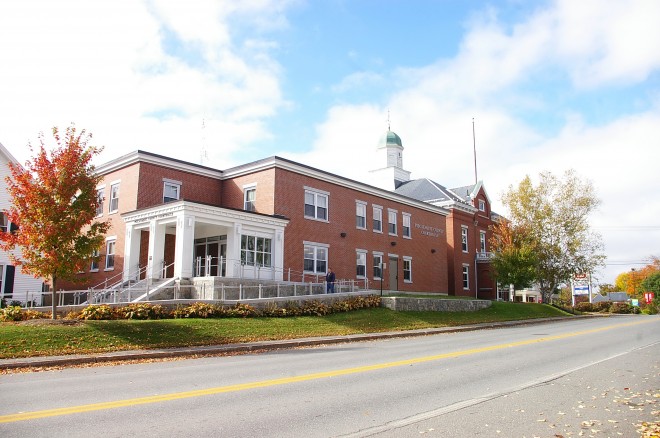 Description:  The building faces north and is a two story red colored brick structure. The north front has a projecting one story central entrance on the first story with arched doorway and balcony on the second story, The building rises to a third story dormer at the roof line. On the center of the roof is an octagonal white colored wood cupola with green colored dome. The roof is hipped. The building is connected to the jail on the south side. In 1885 to 1886, the building was remodeled using the walls from the 1844 building. In 1956 on the east side, a  two story red colored brick and concrete wing was constructed. The building was renovated in 1975. The former residence of Joseph B Peakes was remodeled in 1975 to provide a building for the District Court. Renovations were completed in 1988 and 1990.  An addition was constructed on the east side in 2011 to 2012. The main one story entrance on the east side has three large white colored pillars with recessed glass entrance. The architect was North Peak Architecture – Mark G Carter of Presque Isle and the contractor was Bowman Constructors of Newport. 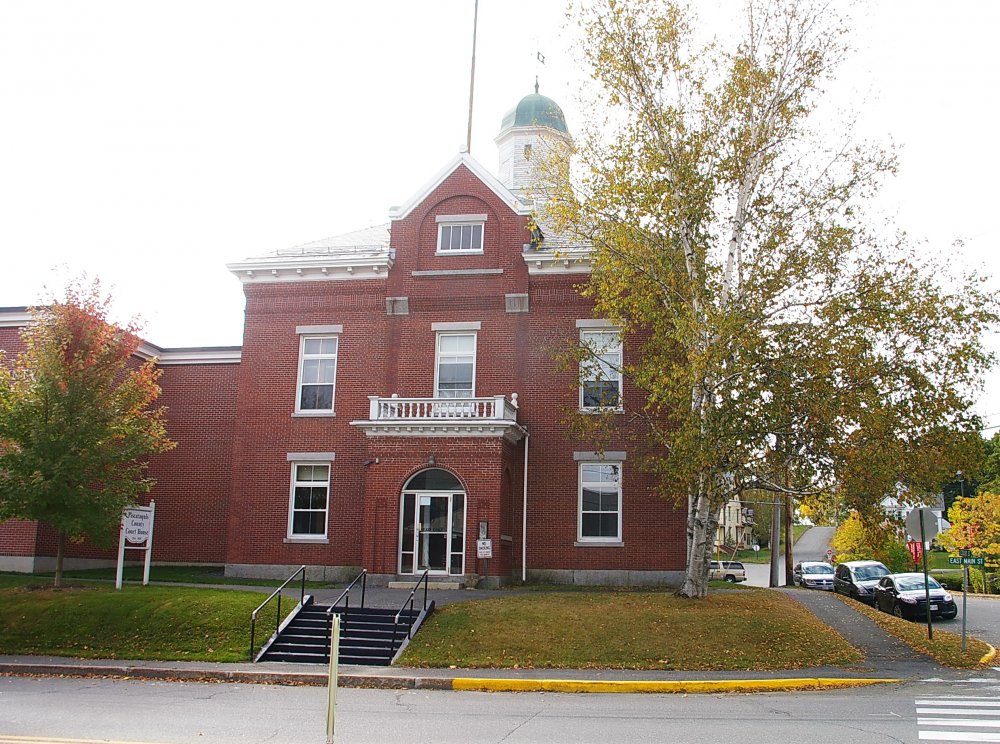 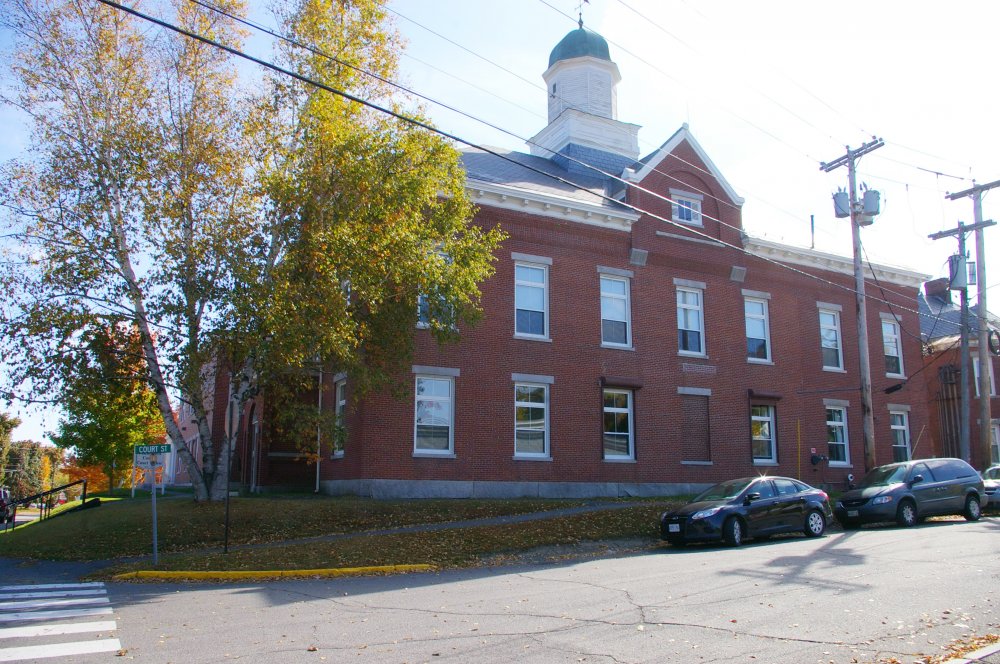 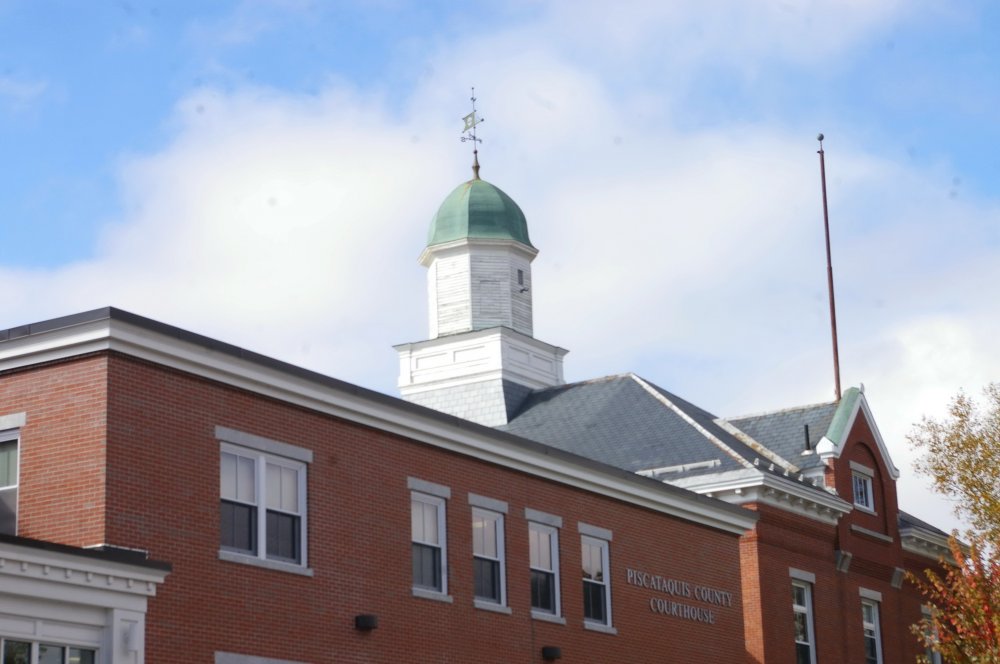 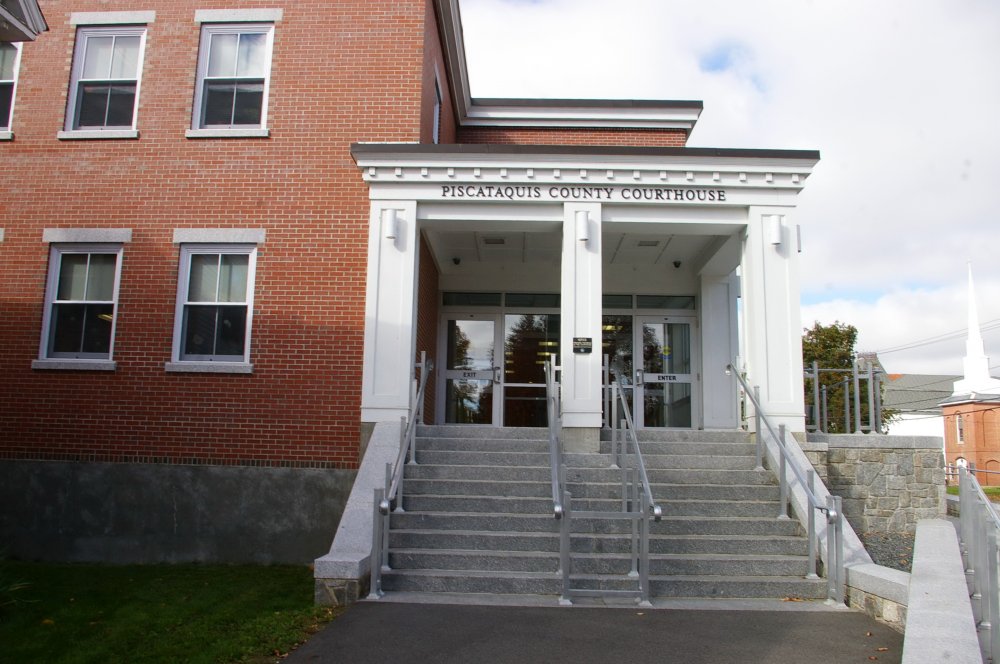 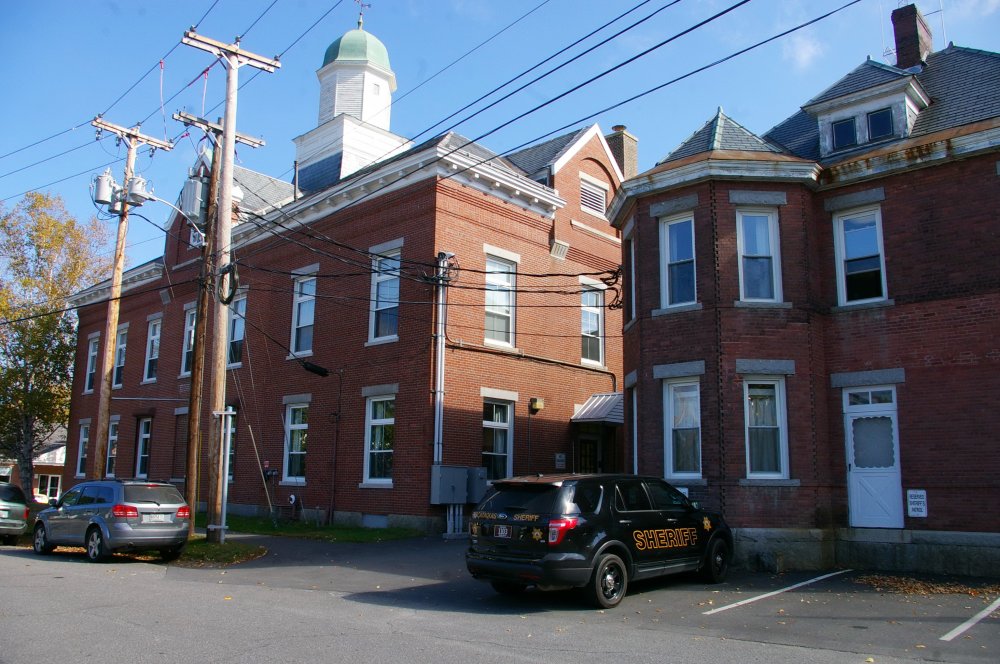 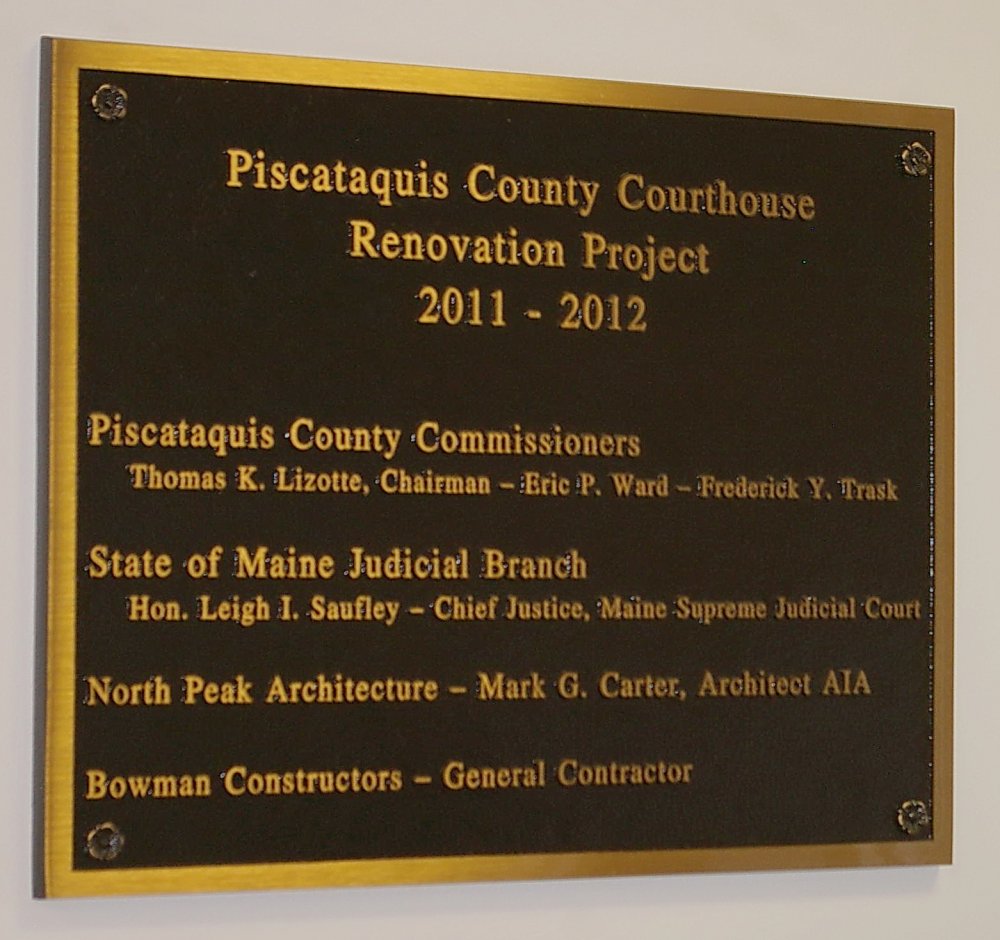 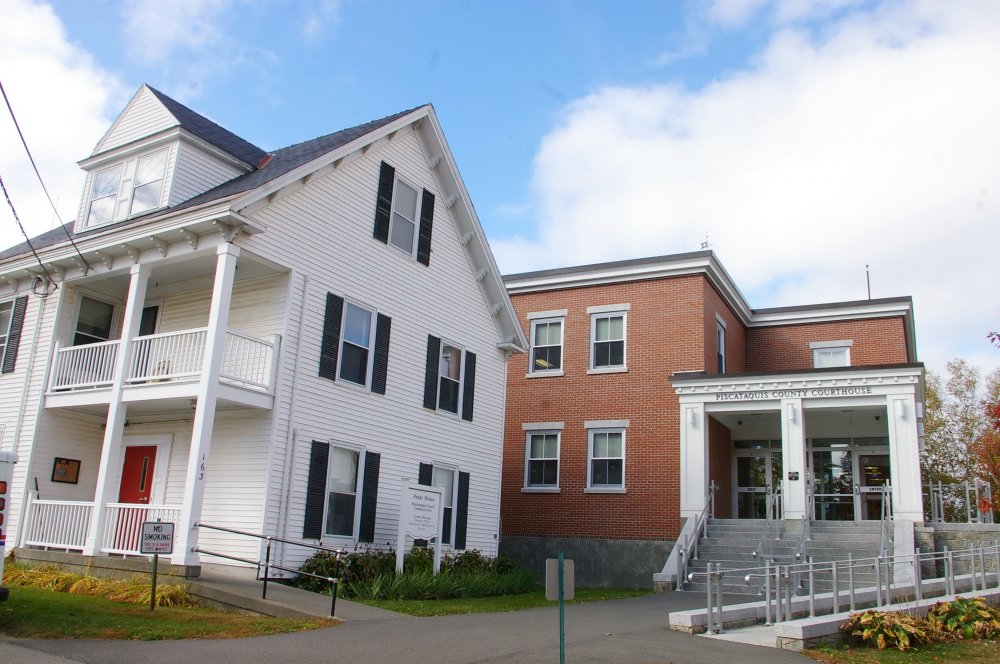