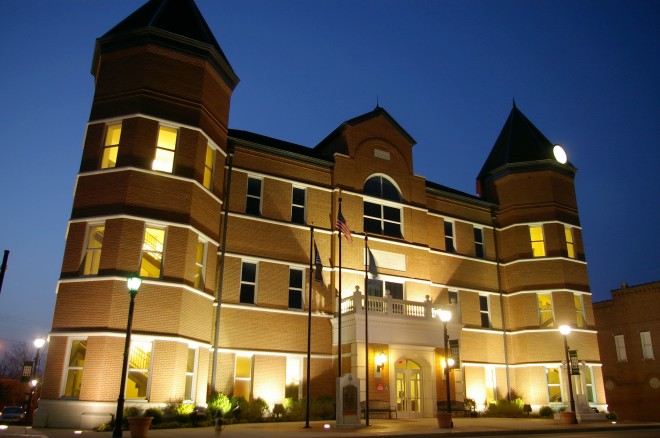 Trigg County is named for Stephen Trigg, who was a military colonel at the Battle of Blue Licks, and who lived from 1744 to 1782.

Description:  The building faces southeast and is a three red colored brick, glass and concrete structure. The building is located in the center of Cadiz across from the courthouse. The southeast front has an octagonal tower at each corner with octagonal roof. The central entrance projects from the main building and is one story. Above, the center section rises to a peak above the roof line. The sides of the building also have center sections rising to a peak above the roof line. The roof is hipped. The courtrooms are located on the third story. 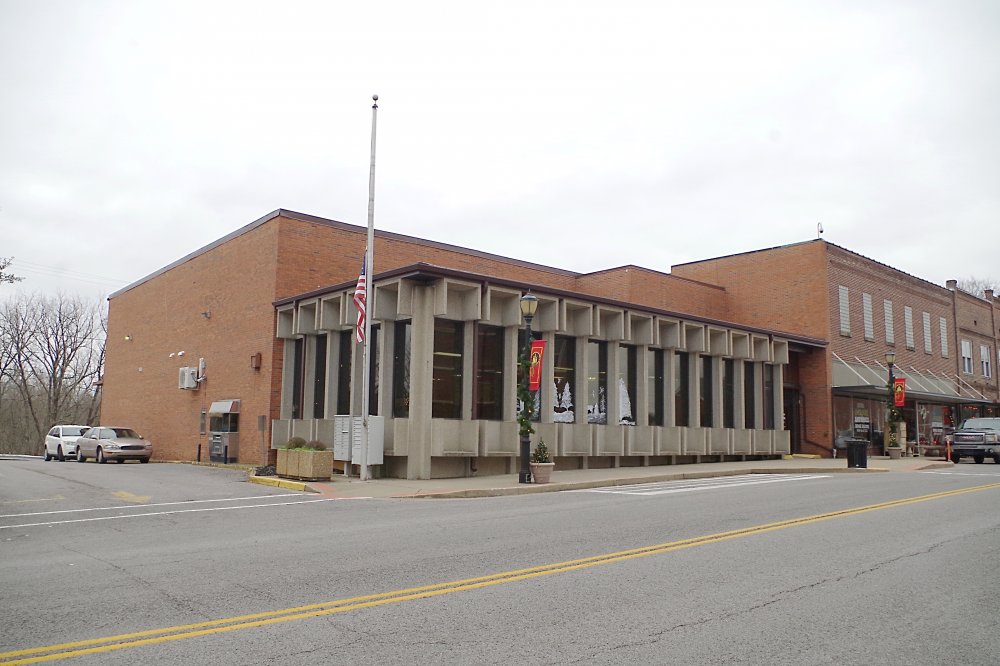 Description:  The building faces northwest and is a one red colored brick, glass and concrete structure. The building is located in the center of Cadiz across from the courthouse and was originally constructed as the Trigg County Farmers Bank. The northwest front has vertical concrete dividers between the vertical windows.  The entrance is on the northwest corner and recessed. The south section of the building rises higher than the north section. The roof line is flat. 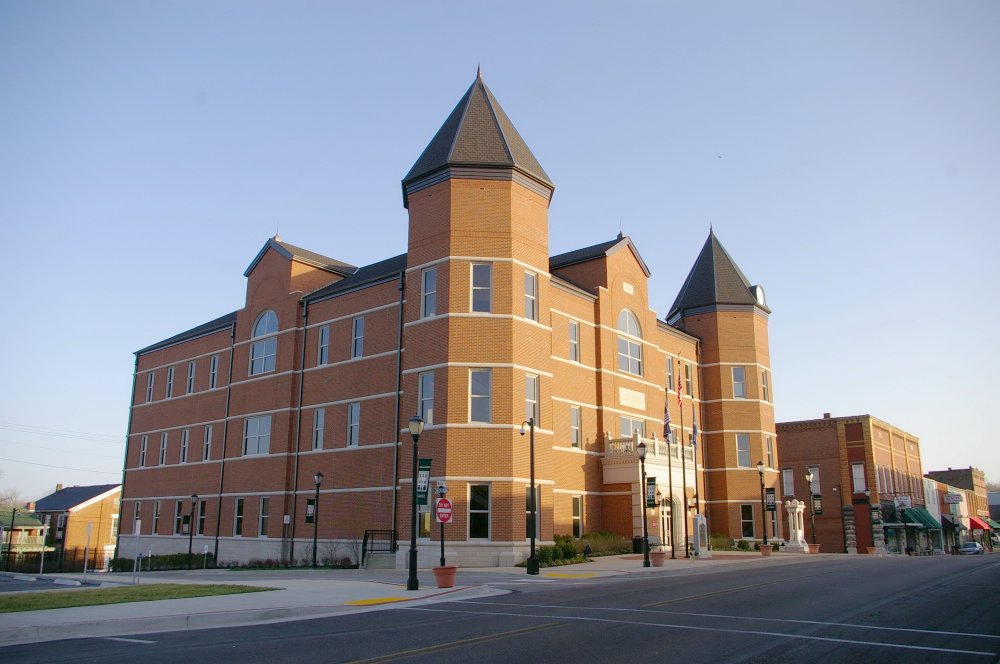 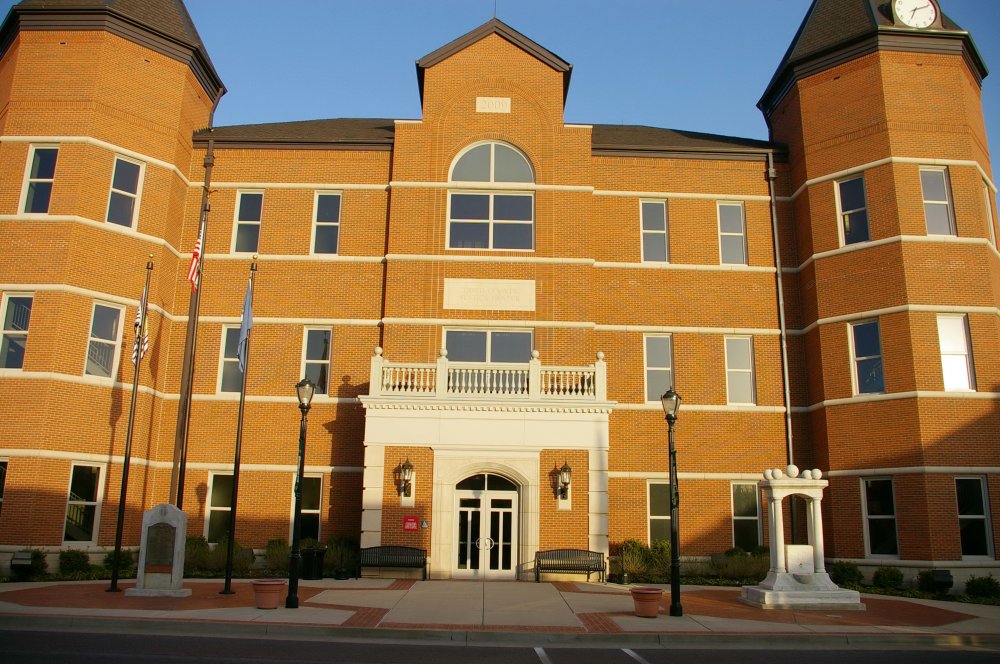 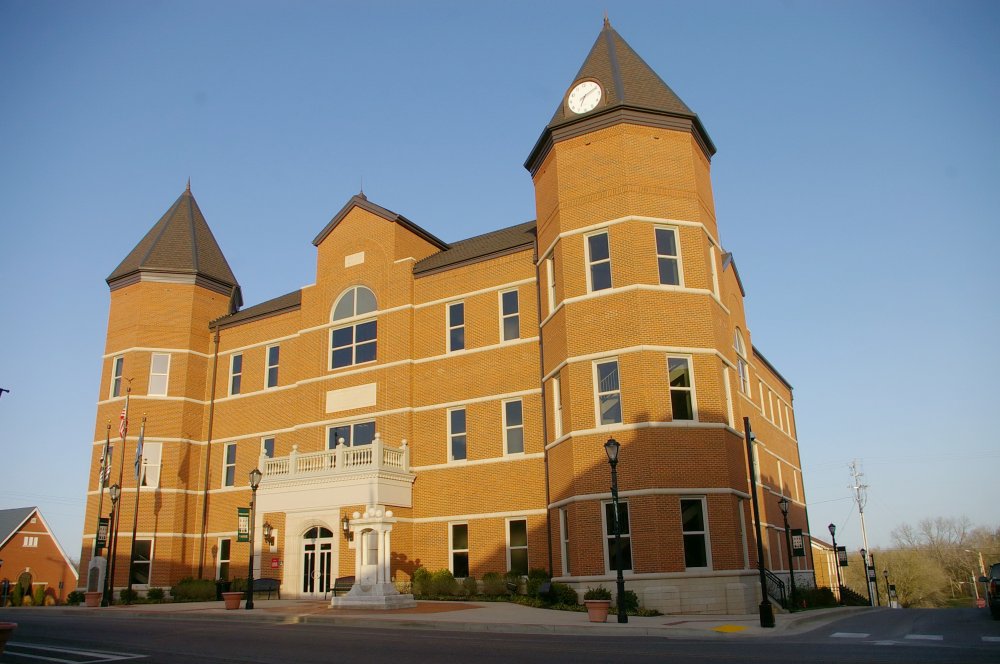 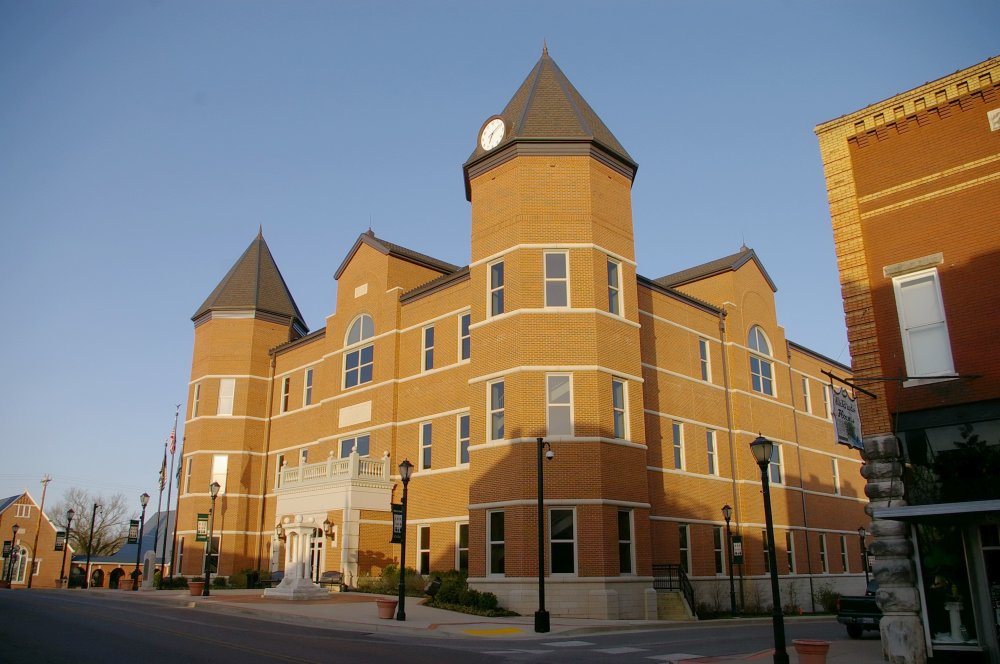 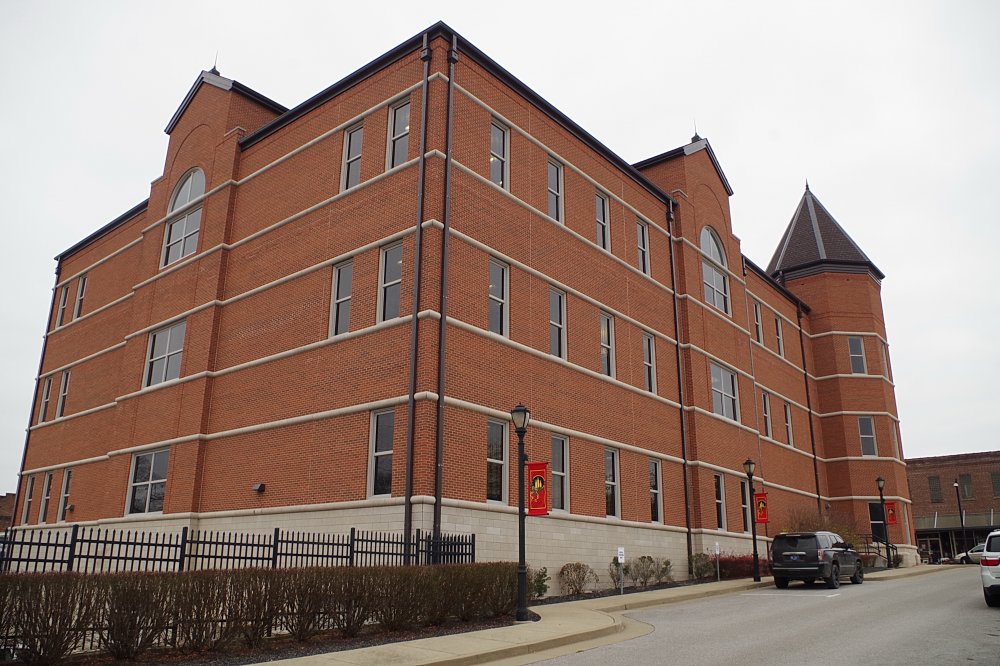 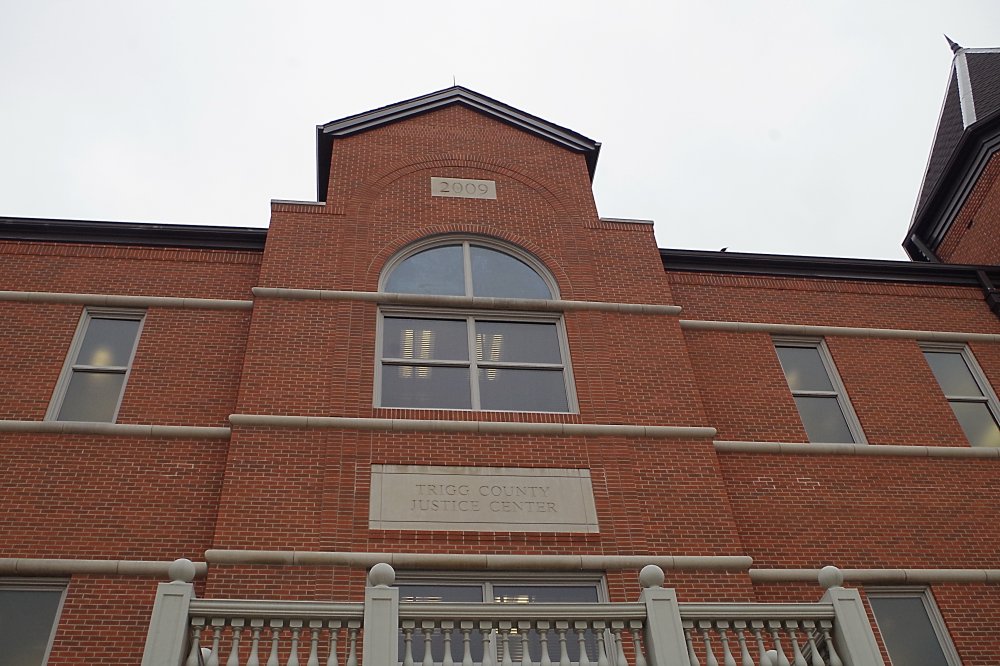 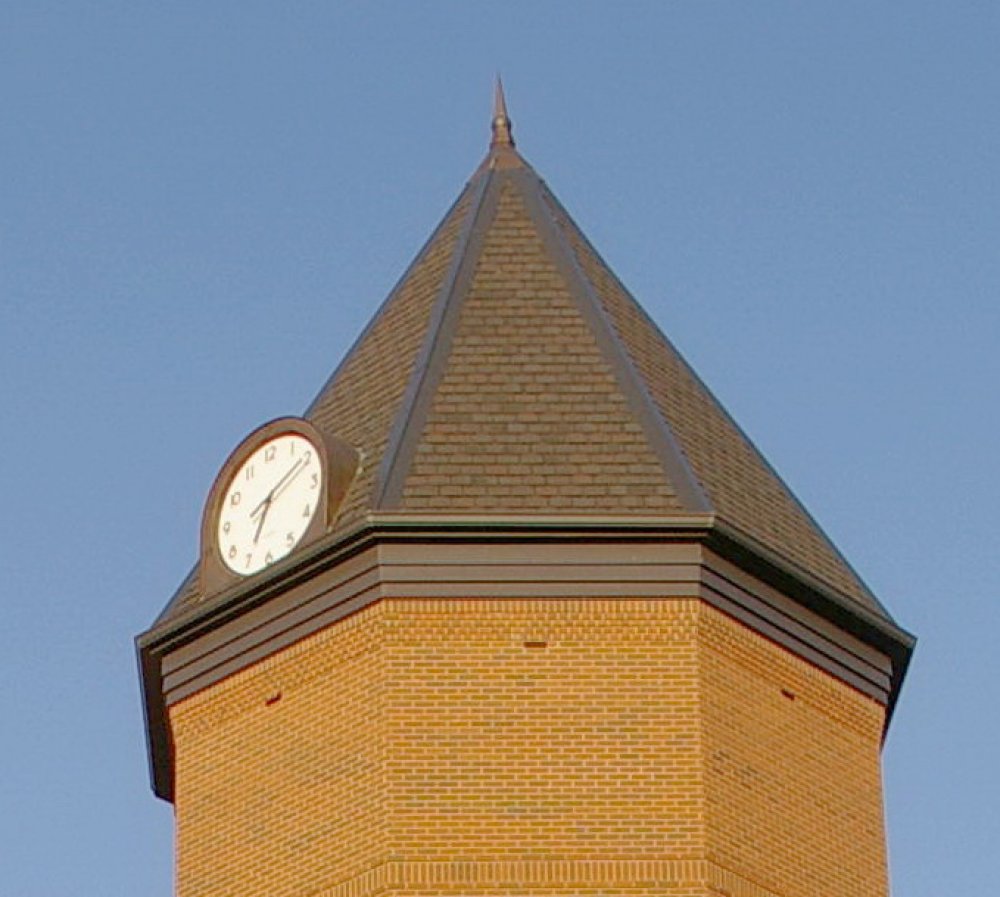 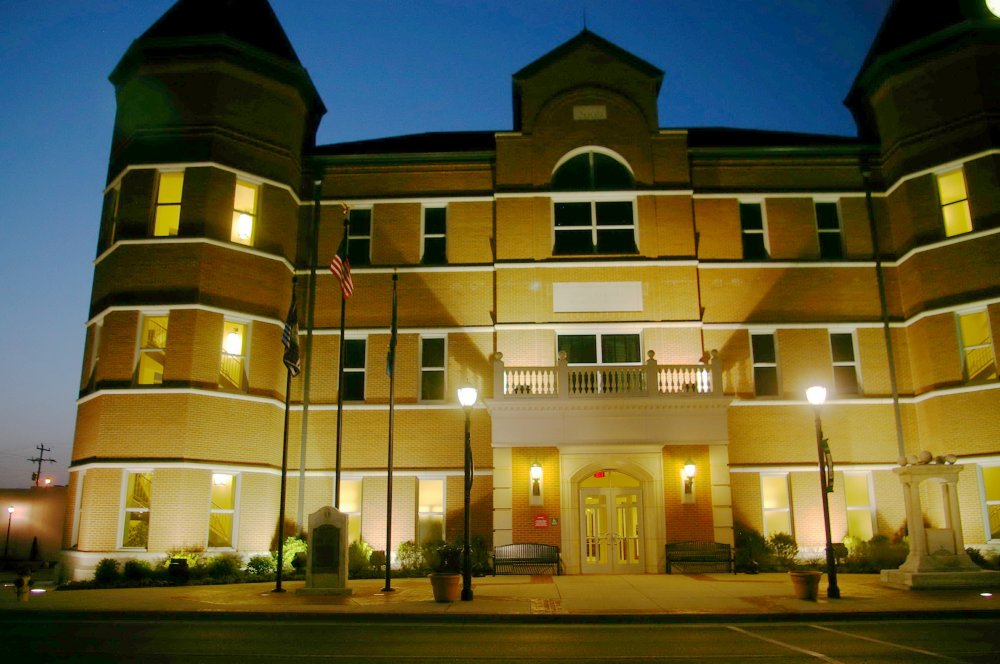 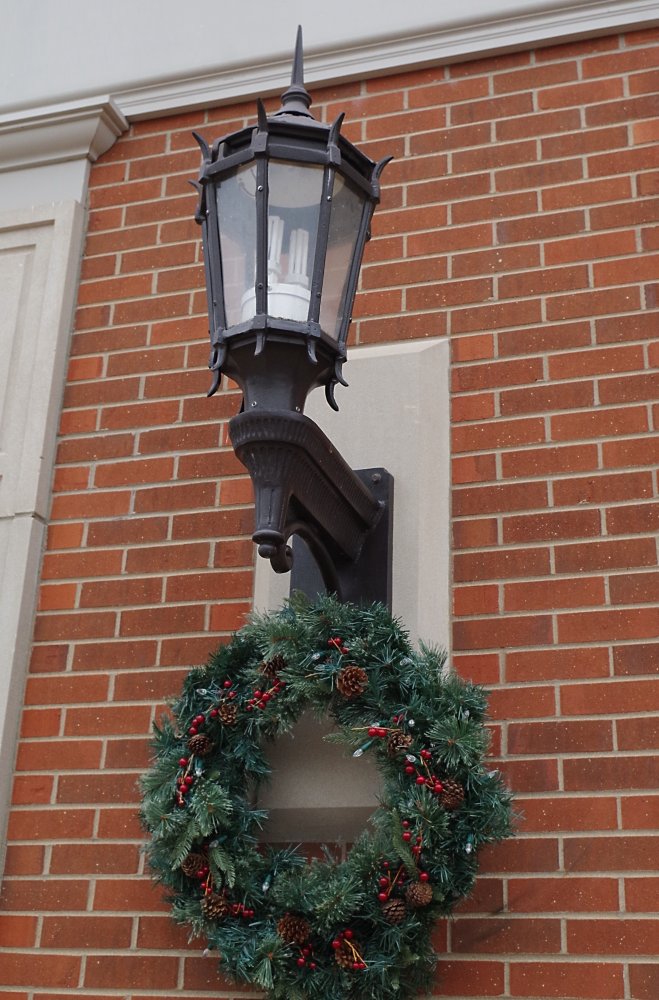