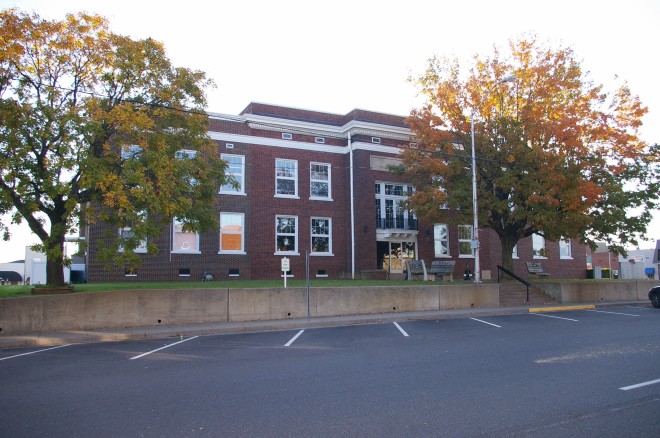 Marshall County is named for John Marshall, who was the Chief Justice of the United States Supreme court from 1801 to 1835.

Description:  The building faces west and is a two story red colored brick structure. The building is located on landscaped grounds in the center of Benton. The west front has a protruding section with the entrance on the first story. Above the entrance is a small balcony and above that, a large window on the second story. White colored horizontal trim runs around the building and a further white colored trim cornice runs along the roof line. In 1961, an addition was added on the north side. In 1978, a further addition was added. The architect was LPS Architects and the contractor was Hal Perry Construction Company Inc. 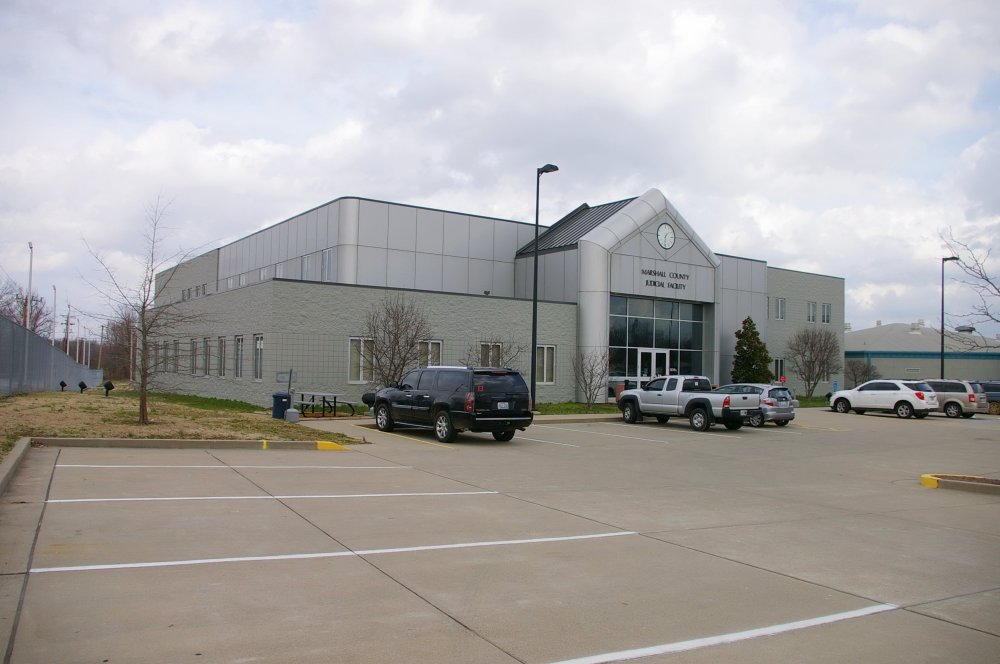 Description:  The building faces south and is a two story structure. The building is located on landscaped grounds to the north of the center of Benton. The south front has a high center section with sloped roof and glass panels around the entrance. The second story is recessed, The roof line is flat. The building houses the County Circuit Court and County District Court of the 42nd Judicial District. 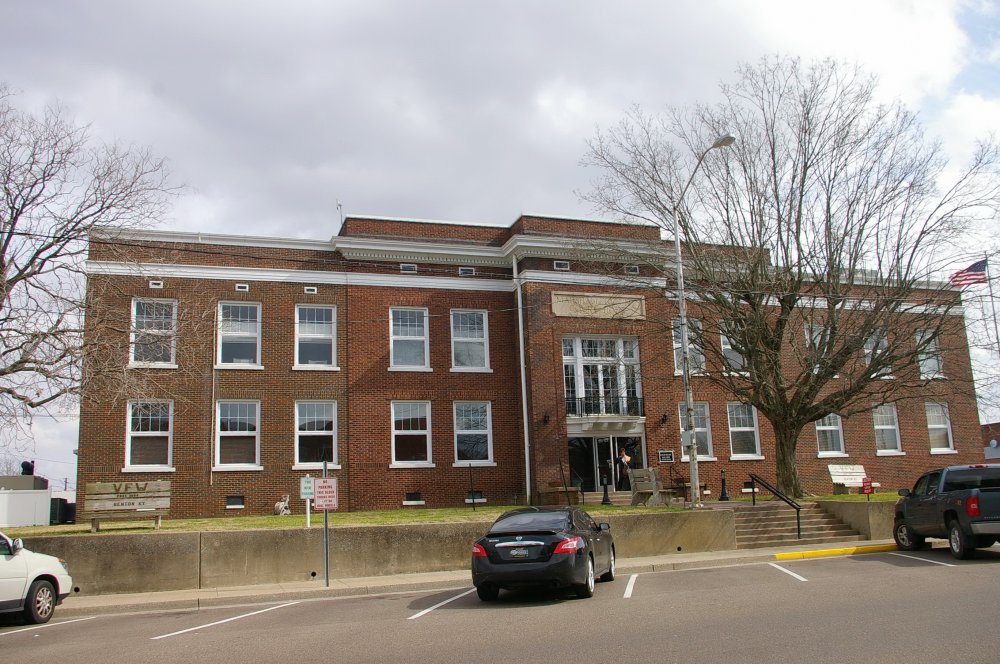 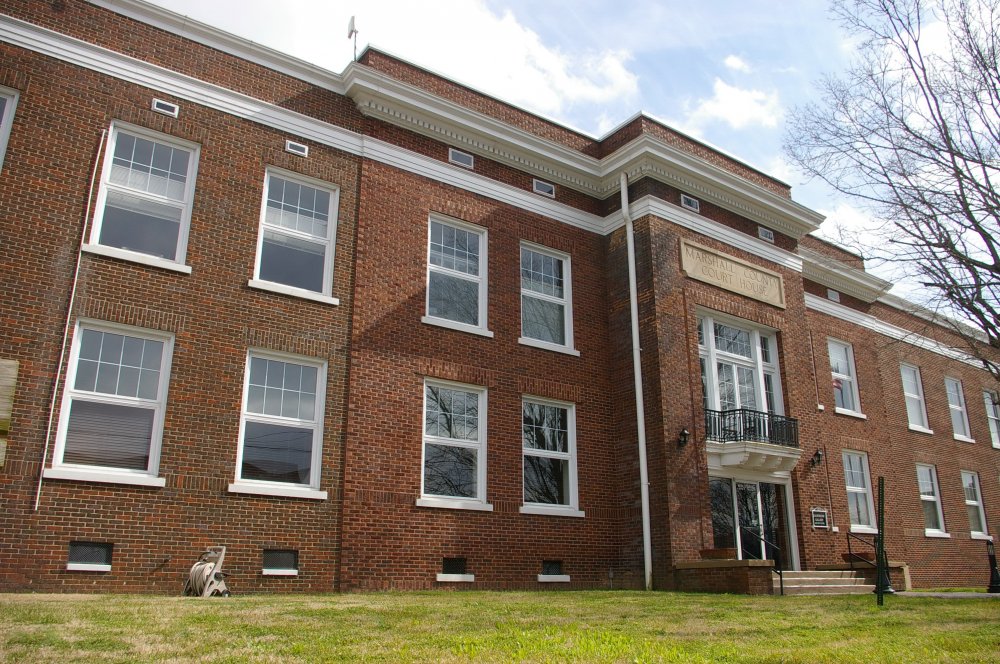 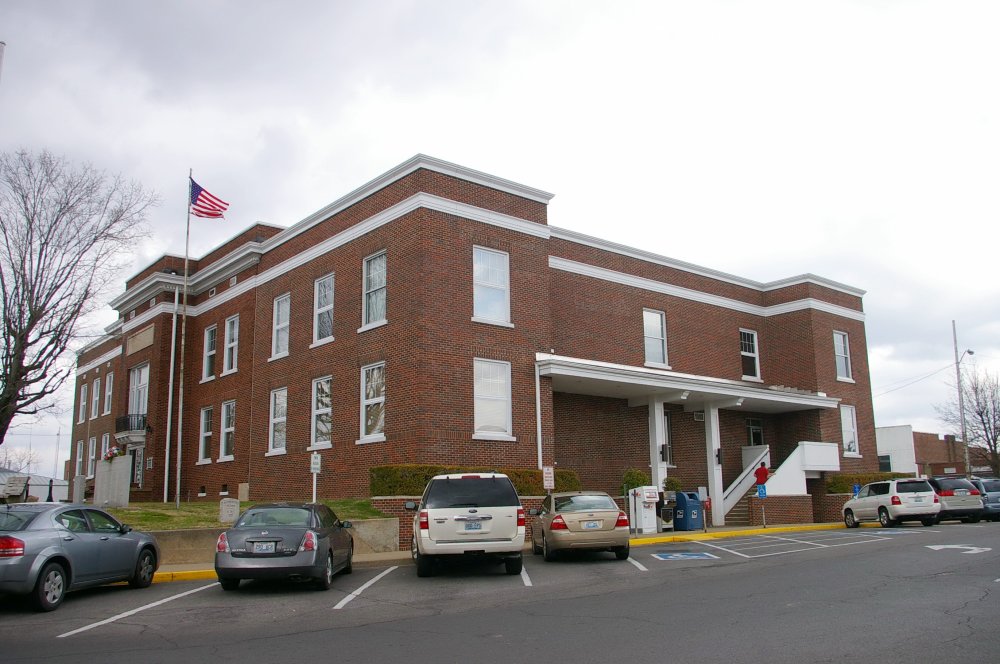 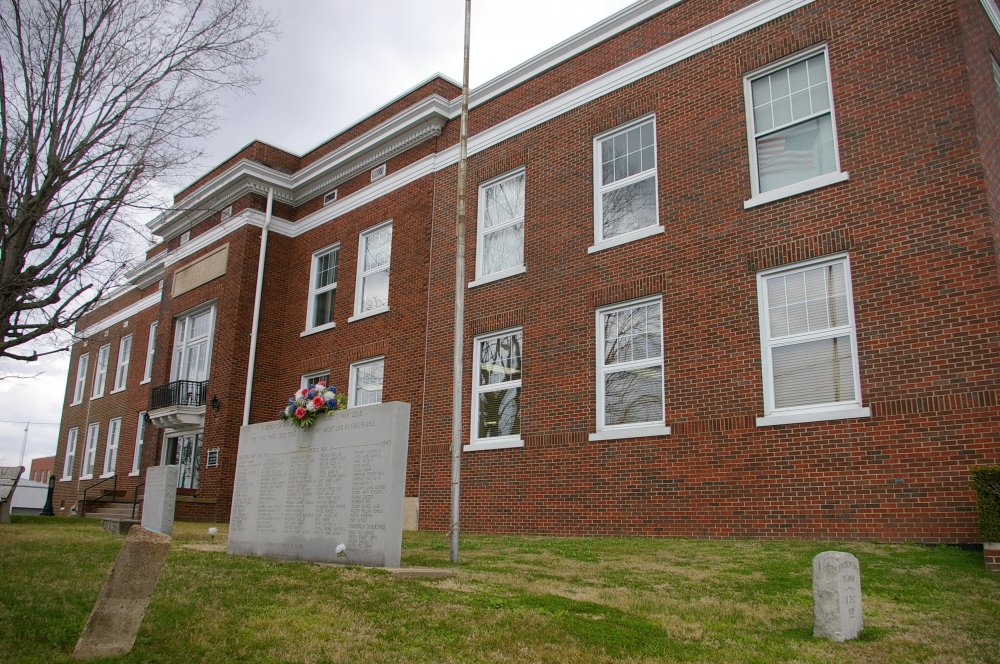 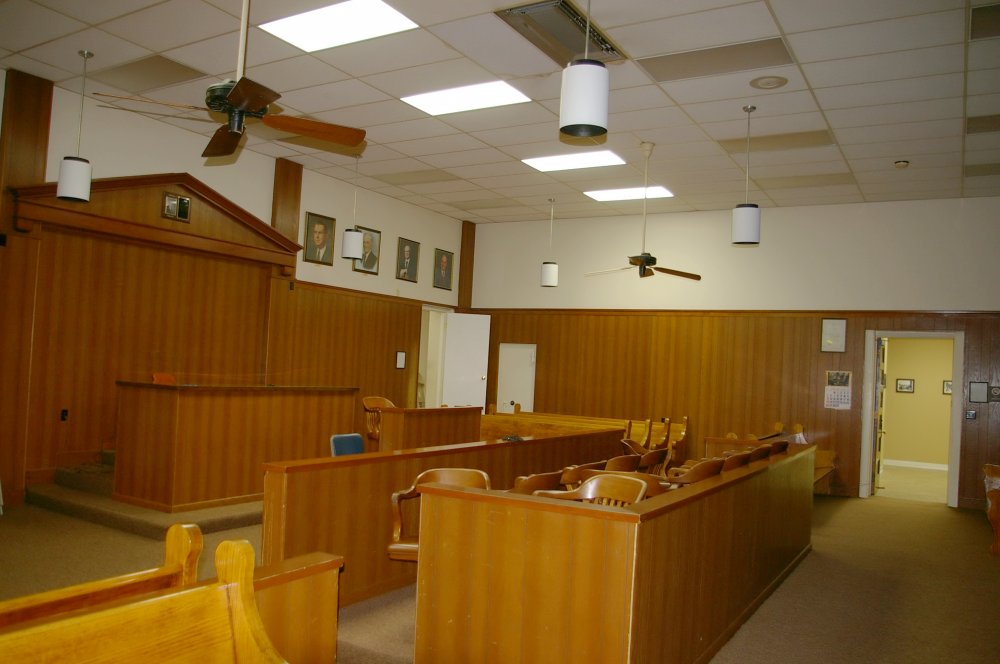 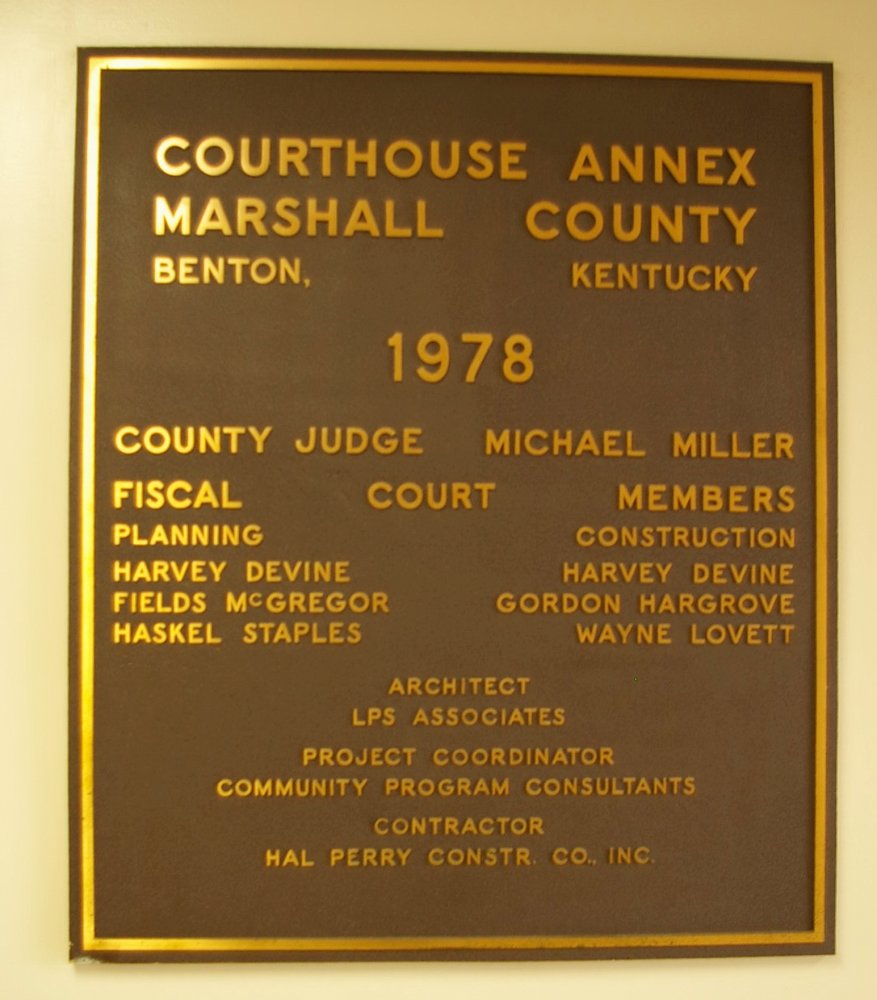 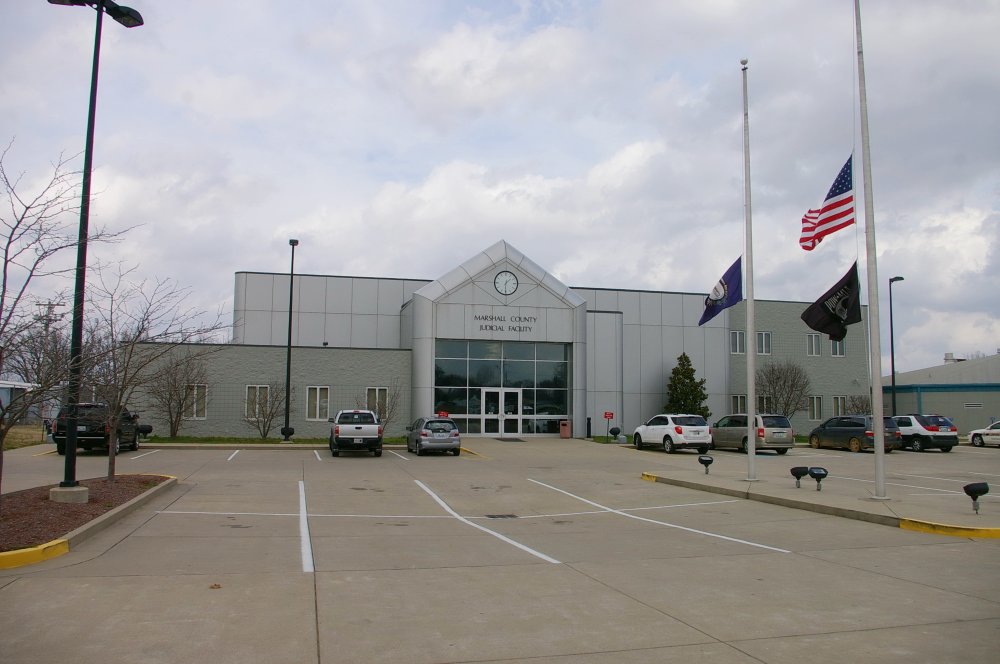 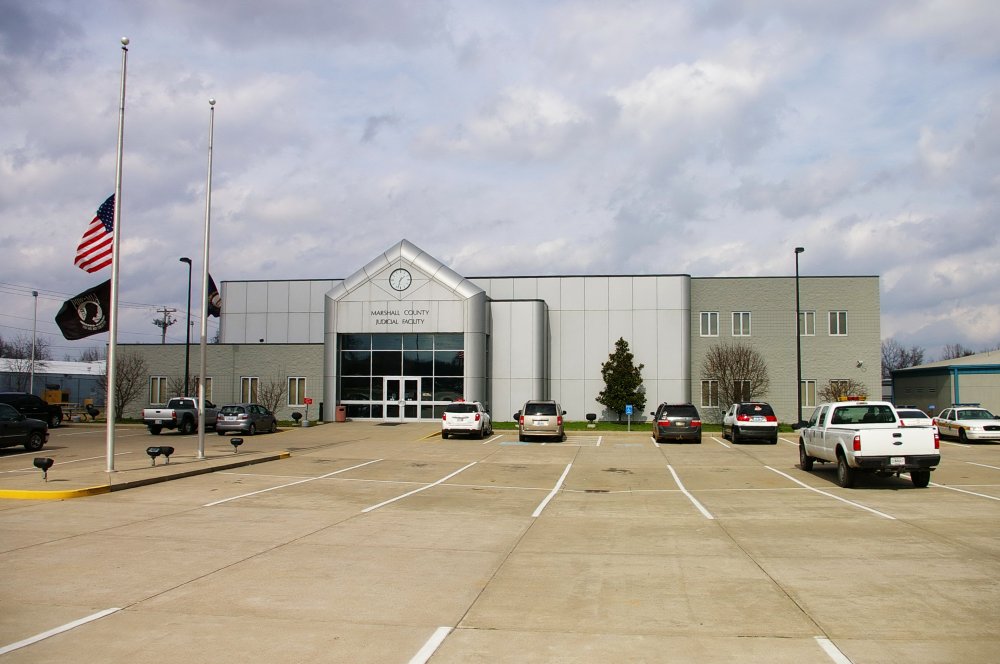 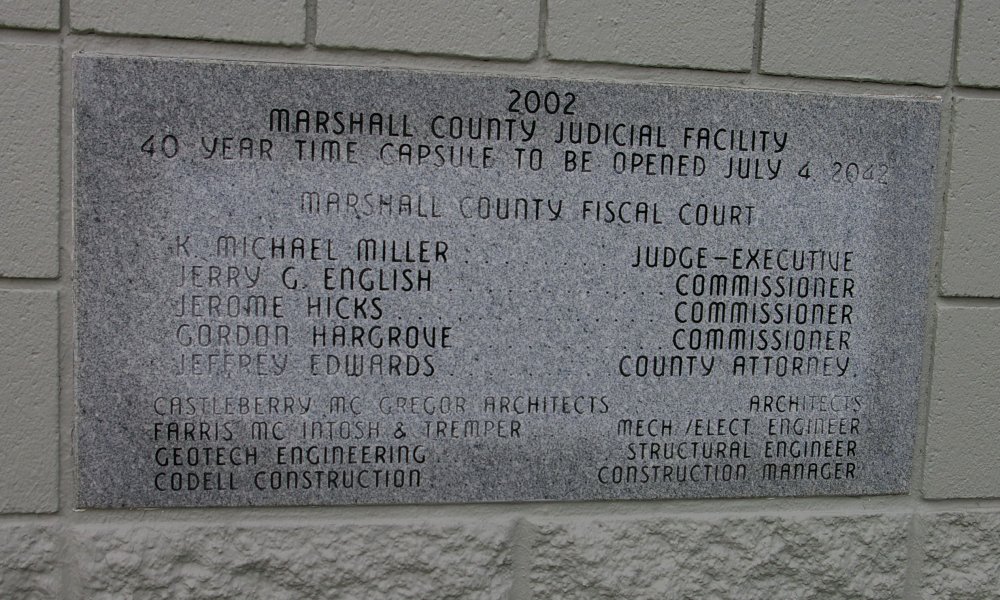