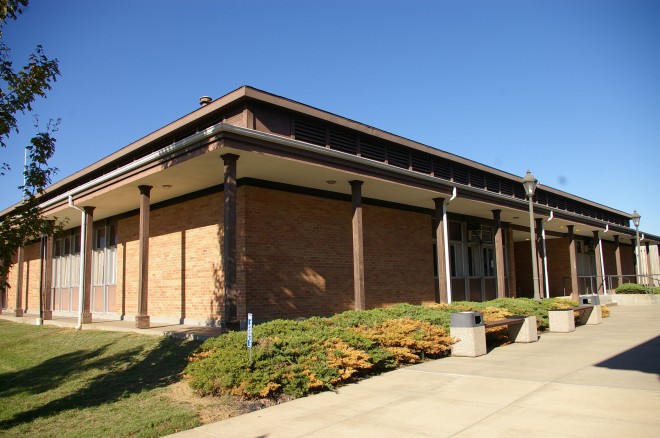 Lyon County is named for Chittenden Lyon, who was a United State Representative from 1817 to 1835. 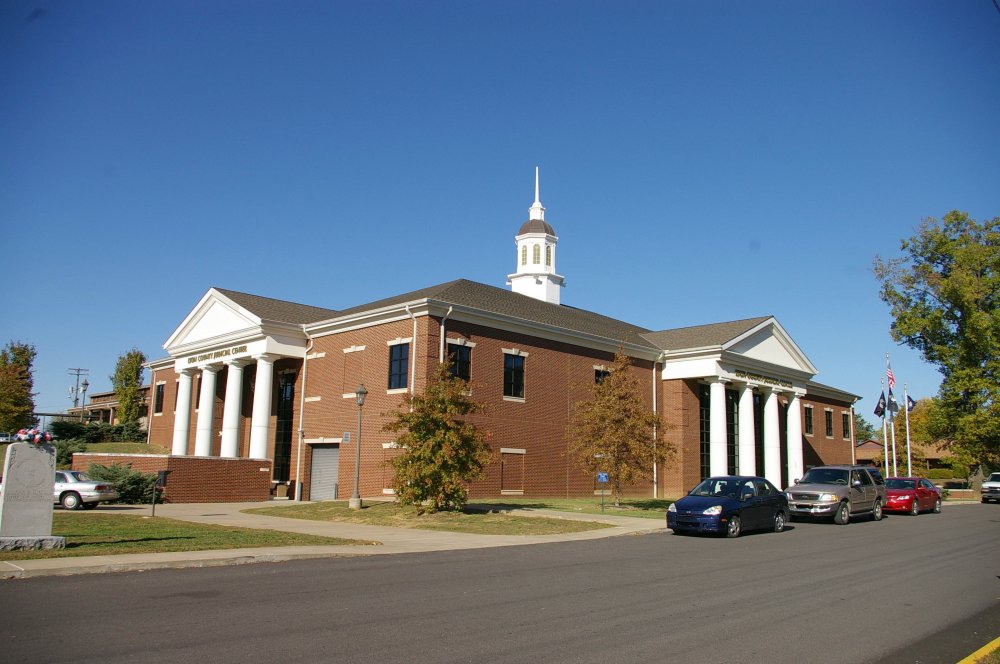 Description:  The building faces southwest and is a two story red colored brick and concrete structure. The building is located on landscaped grounds in the center of Eddyville on the southeast side of the courthouse. The southwest front and southeast side have porticos with four white colored columns with pediment at the roof line. On the roof is a high octagonal white colored cupola. In the interior is a large courthroom with a painting of the Cumberland River. 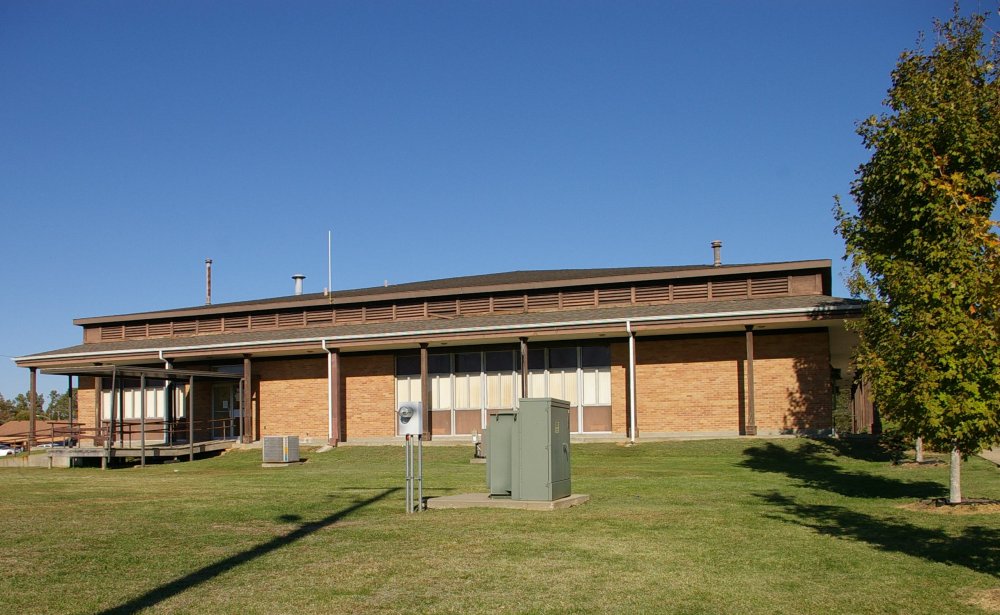 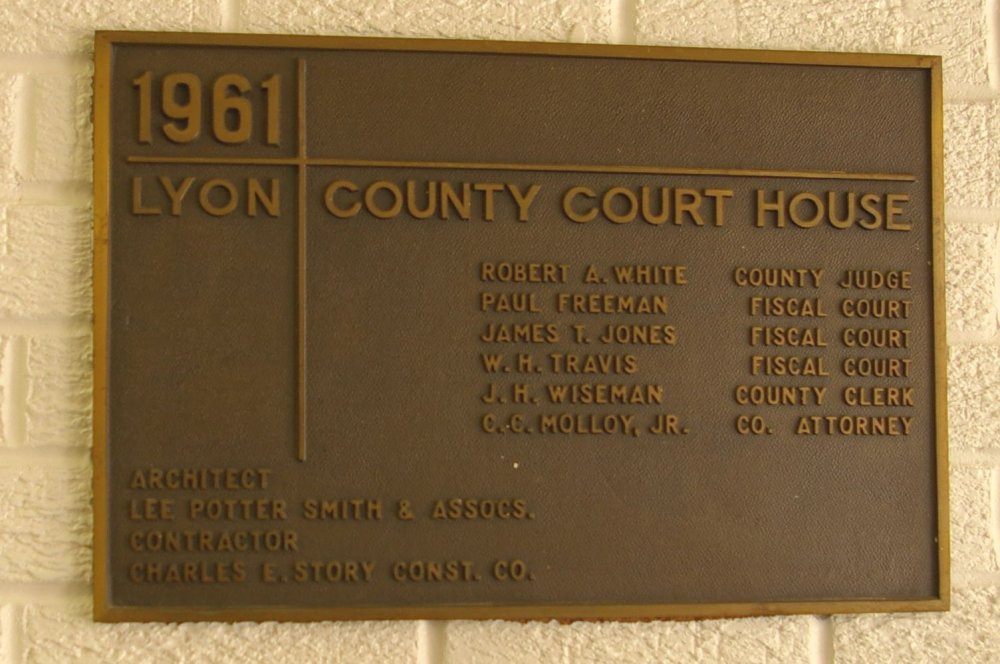 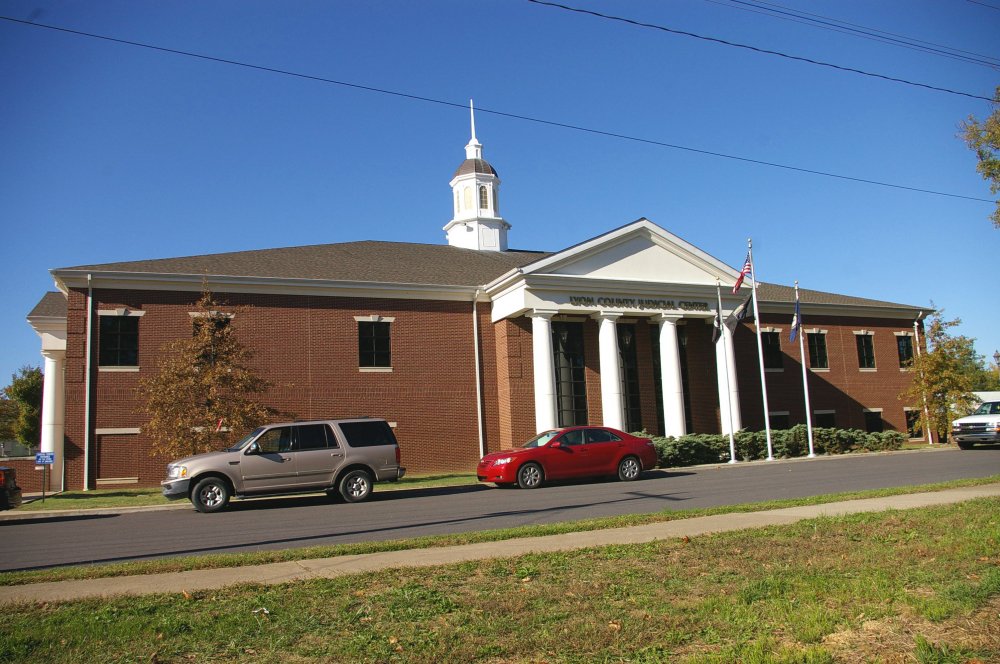 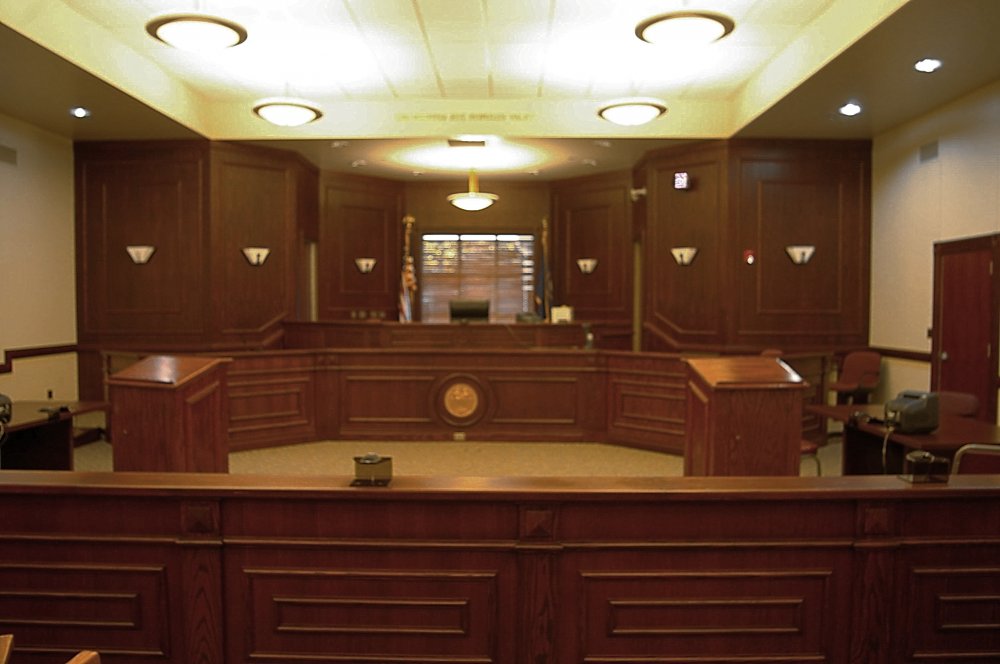 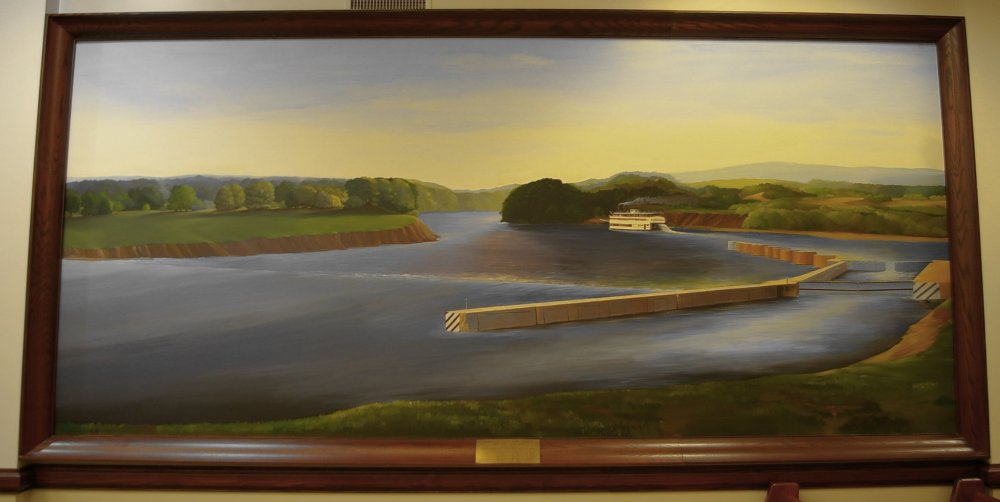 Painting of the Cumberland River 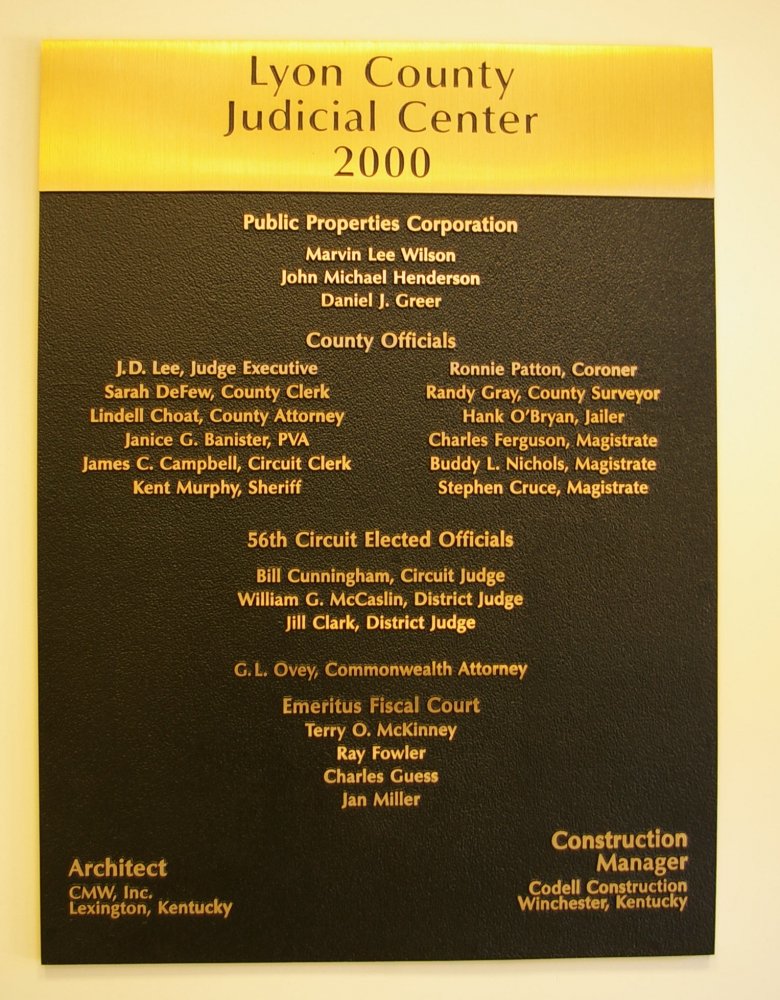