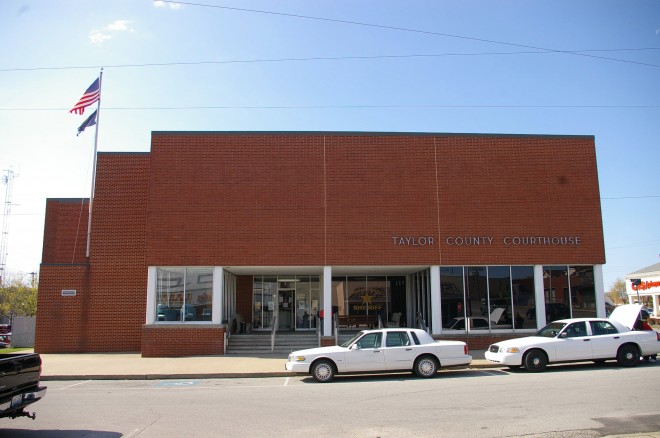 Taylor County is named for Zachary Taylor, who was the President of the United States from 1849 to 1850.

Description:  The building faces northeast and is a three story light red colored brick and concrete structure. The northeast front has metal framing around the windows and the entrance is recessed. Along the south side, the windows are narrow and vertical. There is a glass section rising to the third story, near the north front. The roof line is flat. On the southwest side is a large mural.  On the southwest side is the Old Clerk’s Office. 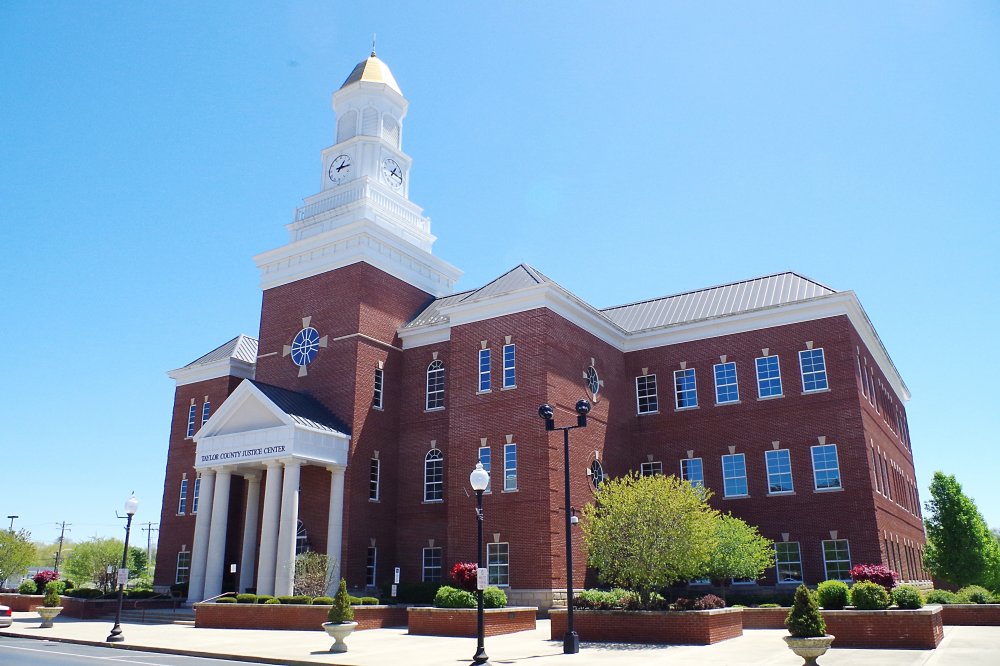 Description:  The building faces northwest and is a three story darkred colored brick, concrete and glass structure.  The building is located on landscaped grounds in the center of Campbellsville to the east of the courthouse. The northwest front has a high white colored portico supported by four columns on the outside and two columns on the inside. At the center is a square tower with oval window and rising to a white colored clock tower with clock and steep roofed dome at the top. On the east and west, the building projects and the main south part of the building extends east and west. The roof is hipped. The courtrooms are located on the second and third stories. Along the southeast side is the one story Detention Center.

Description:  The building faces southwest and is a one story light red colored brick and concrete structure. The building faces southwest and was completed in 1866. The building is located on landscaped grounds in the center of Campbellsville on the west side of the courthouse. The brick is laid in Flemish bond on the façade of the rectangular shaped building and common bond is on the sides. The windows have jack arches above and stone sills with six-over-six pane sash. The doorway is slightly recessed with a three-light transom above the two-paneled door. There is an unadorned entablature with projecting cornice at the roof line. The red colored roof is hipped. The interior has retained the original wide baseboards and Greek Revival door frames with corner blocks. 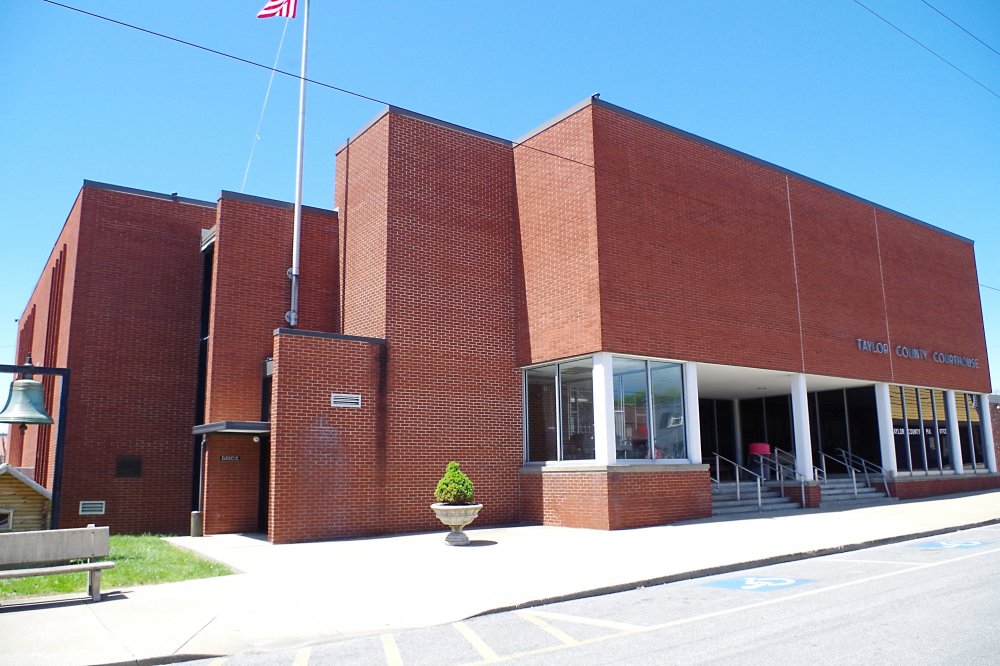