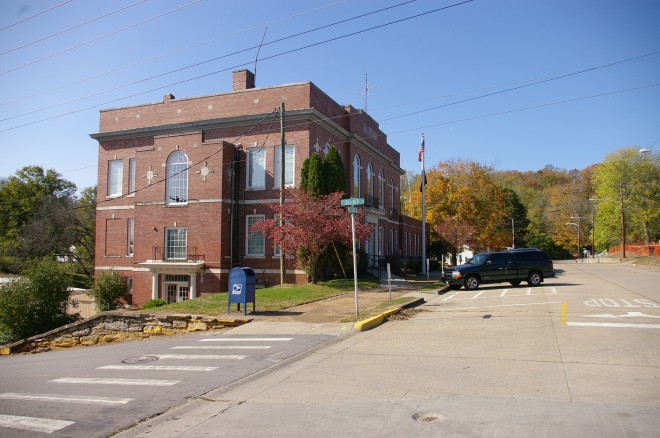 Green County is named for Nathanael Green, who was general in the American Revolutionary War.

Description:  The building faces north and is a two story red colored brick and concrete  structure. The north front has an entrance framed with white stone. On the second story are large arched windows with white stone decoration beside the east and west windows. The building is constructed on the side of a hill and the basement story descends the slope. A projecting horizontal band runs below the flat roof line. 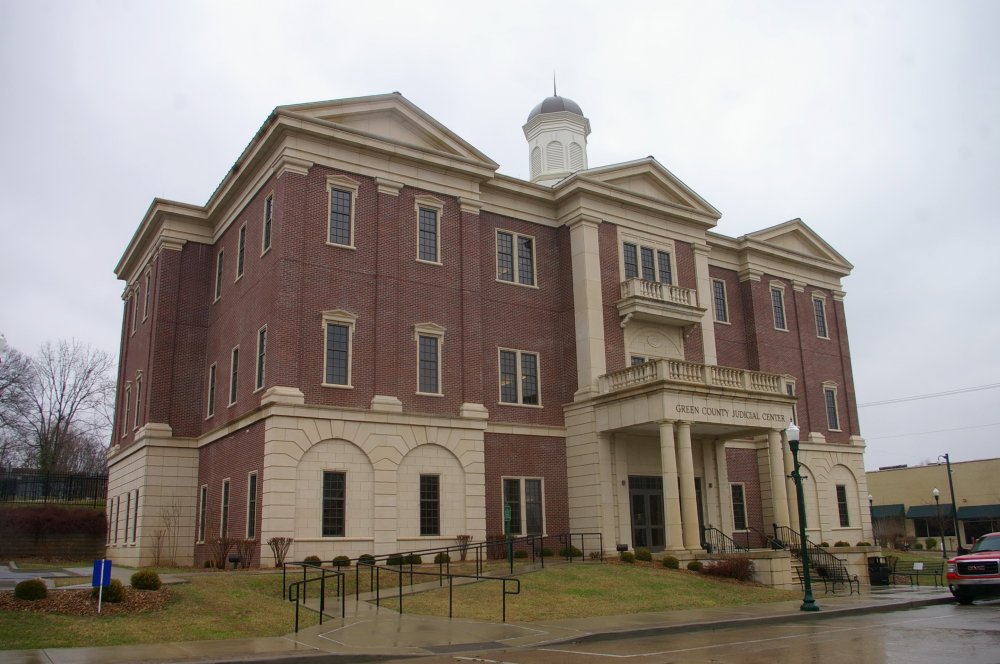 Description:  The building faces south and is a three story red colored brick and concrete structure. The south front has a one story portico supported by four columns and with a balcony on the second story. The center section projects slightly and has a small balcony on the third story and with pediment at the roof line. The southeast and southwest corners project and rise to a pediment. On the center of the roof is a white colored octagonal cupola with green colored dome. 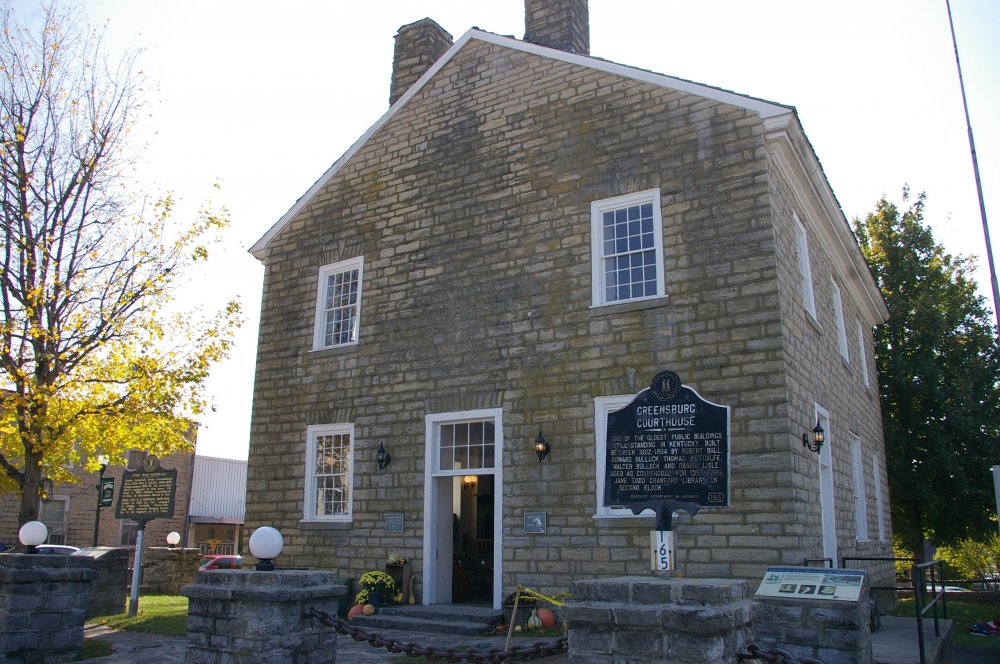 Note:  The courthouse is the oldest public building in Kentucky. On the 21st day of June, 1802, the commissioners for Green County hired Walter Bullock of Lexington and Daniel White of Green County to build a suitable courthouse of stone.  Robert Ball was in charge of the stonework.  Edward J. Bullock and Daniel Lisle were the carpenters. There is some contradiction regarding who actually constructed the stone building, though many believe that Thomas “Stonehammer” Metcalfe of Virginia was the stone mason. He later became the tenth governor of Kentucky 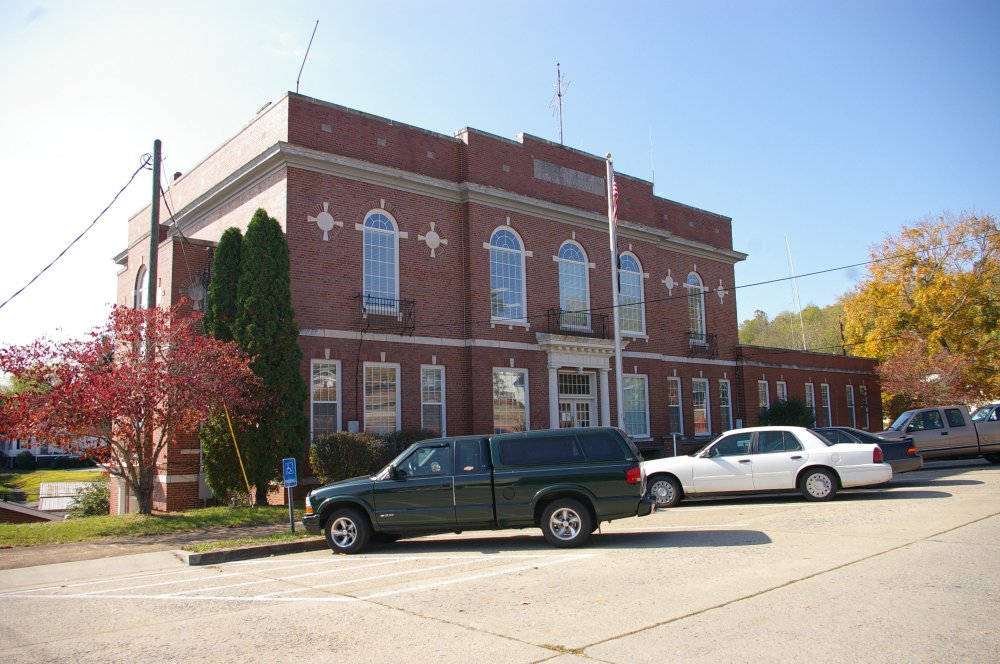 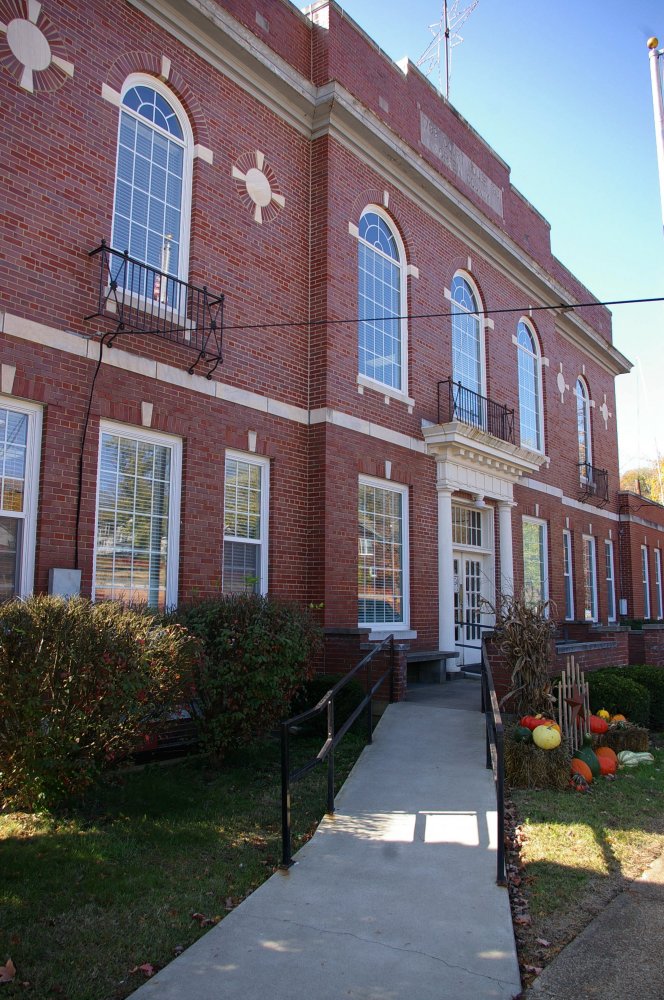 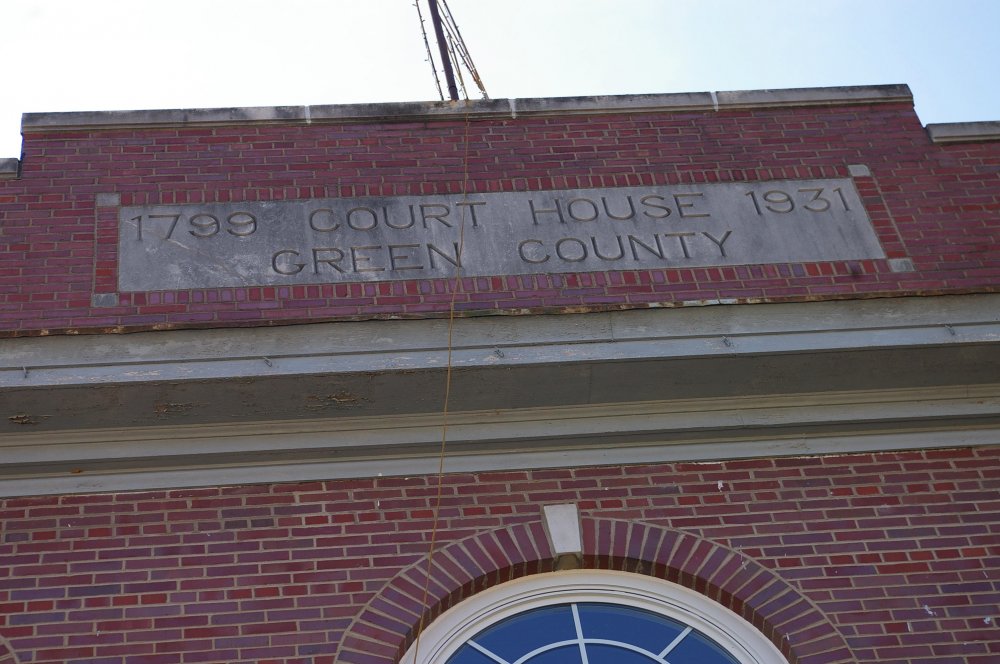 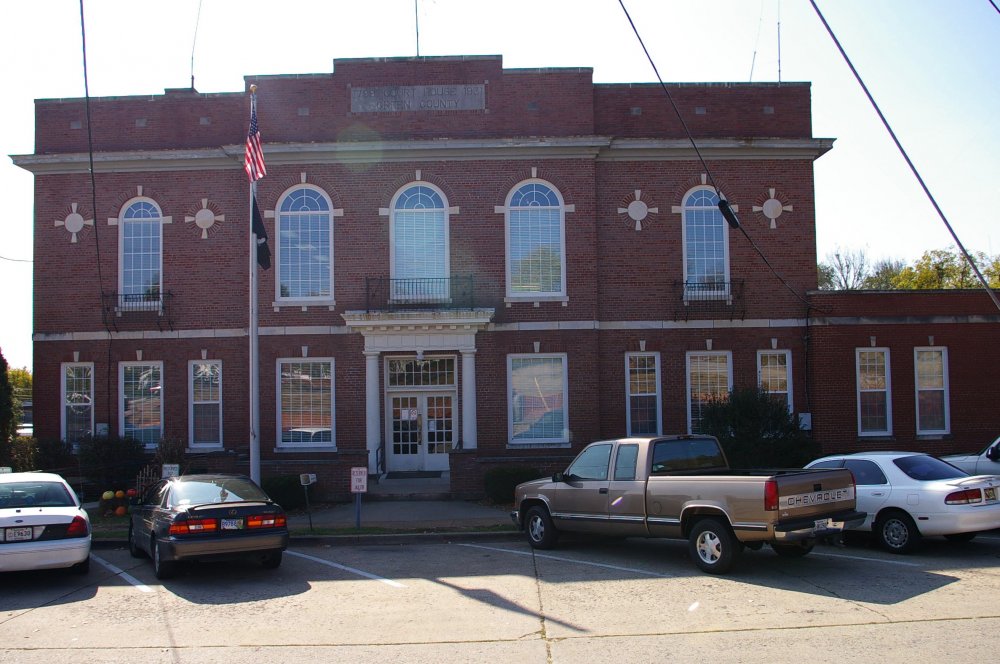 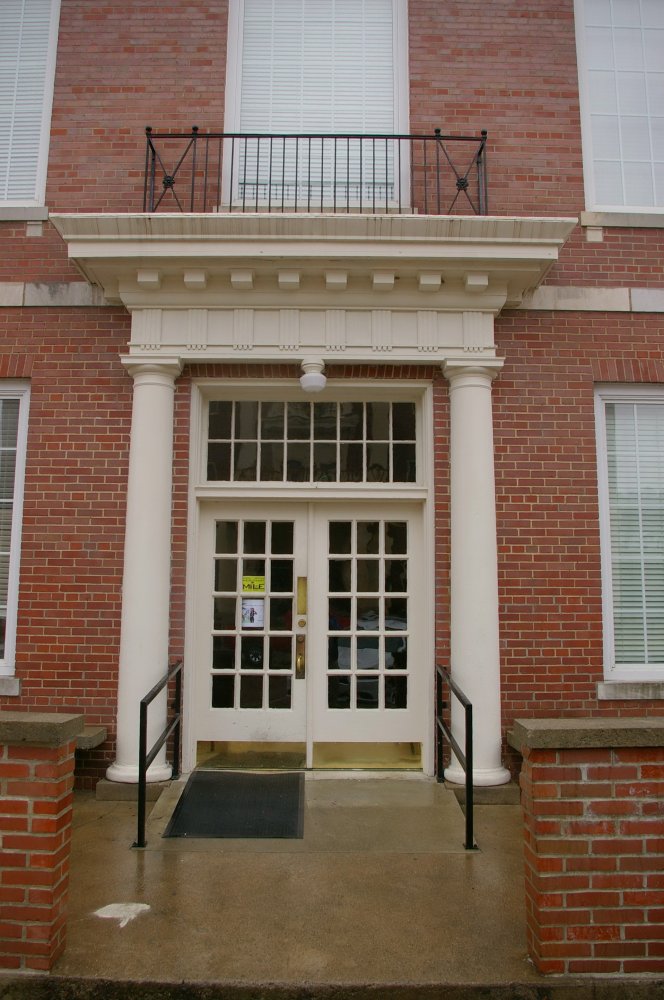 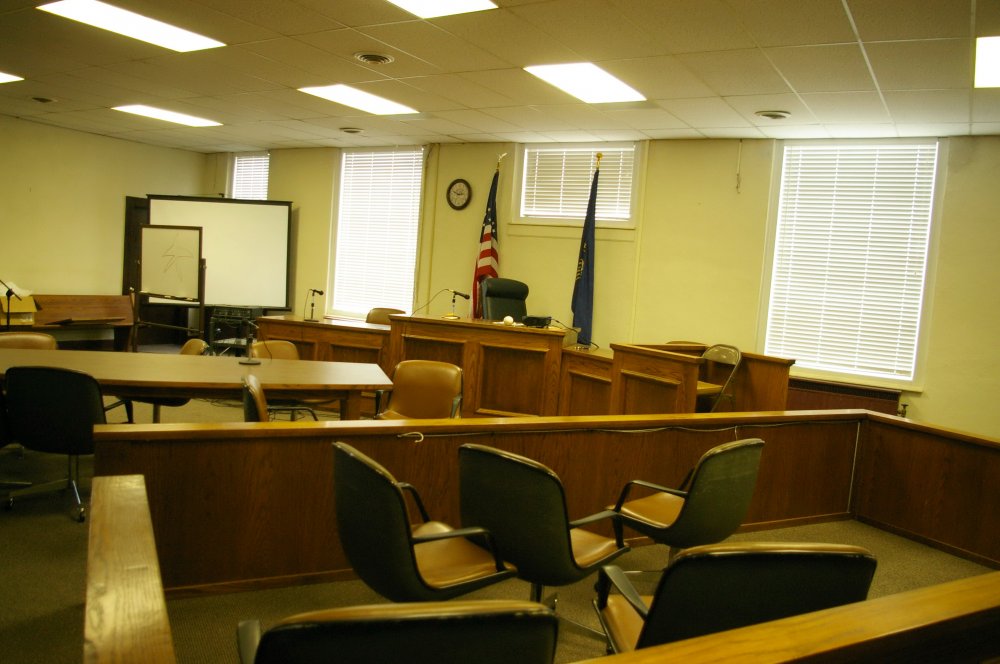 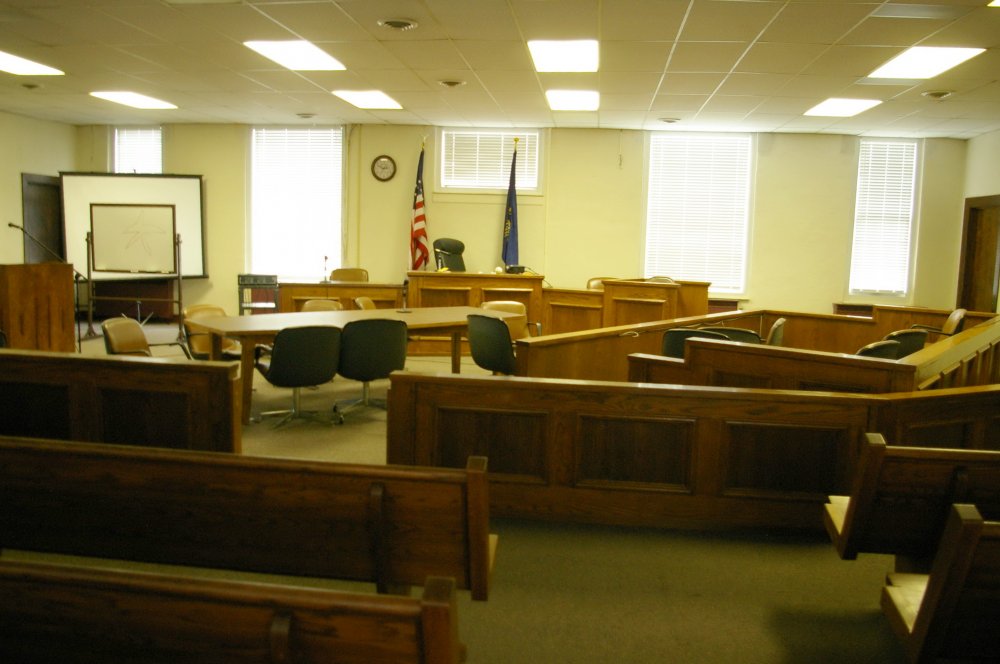 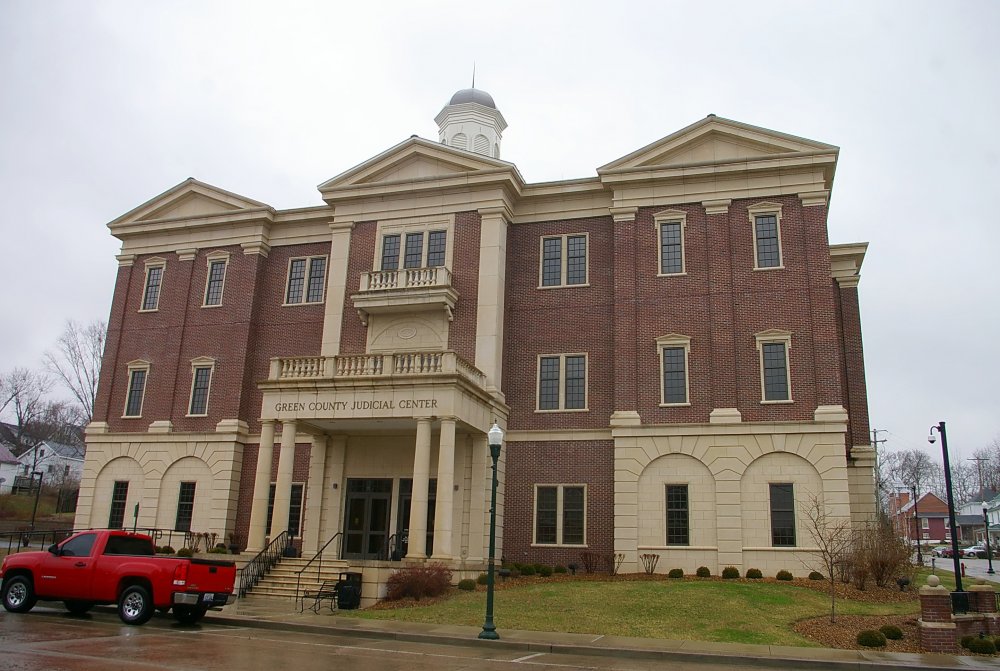 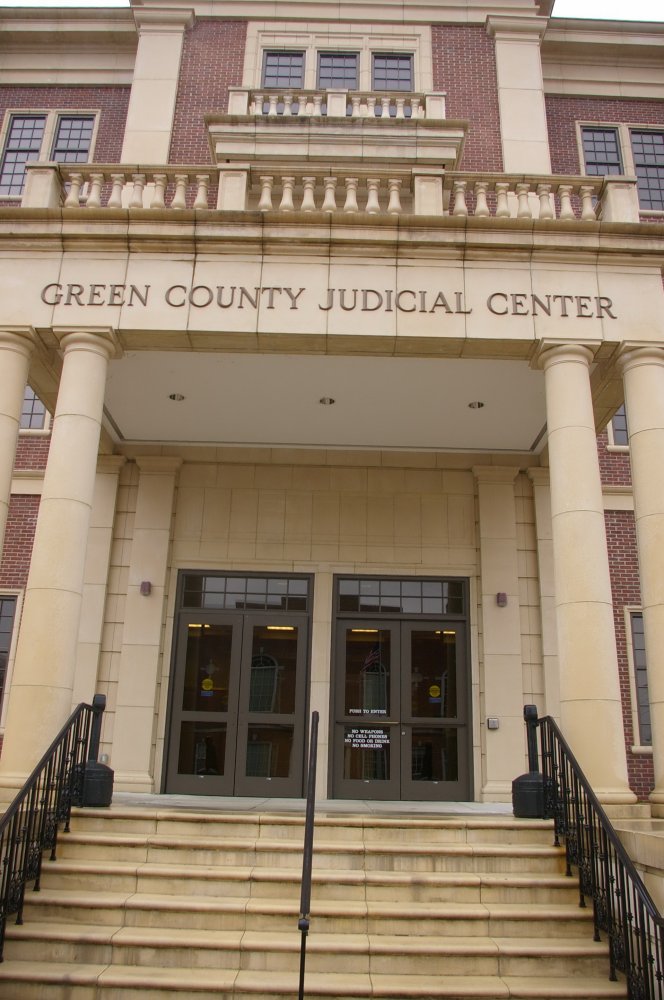 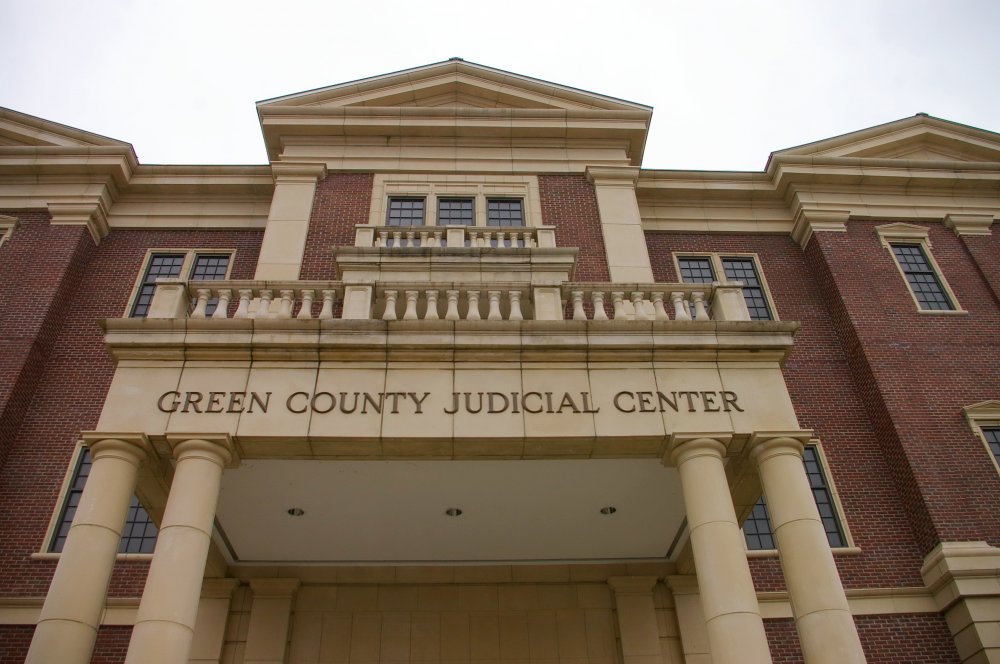 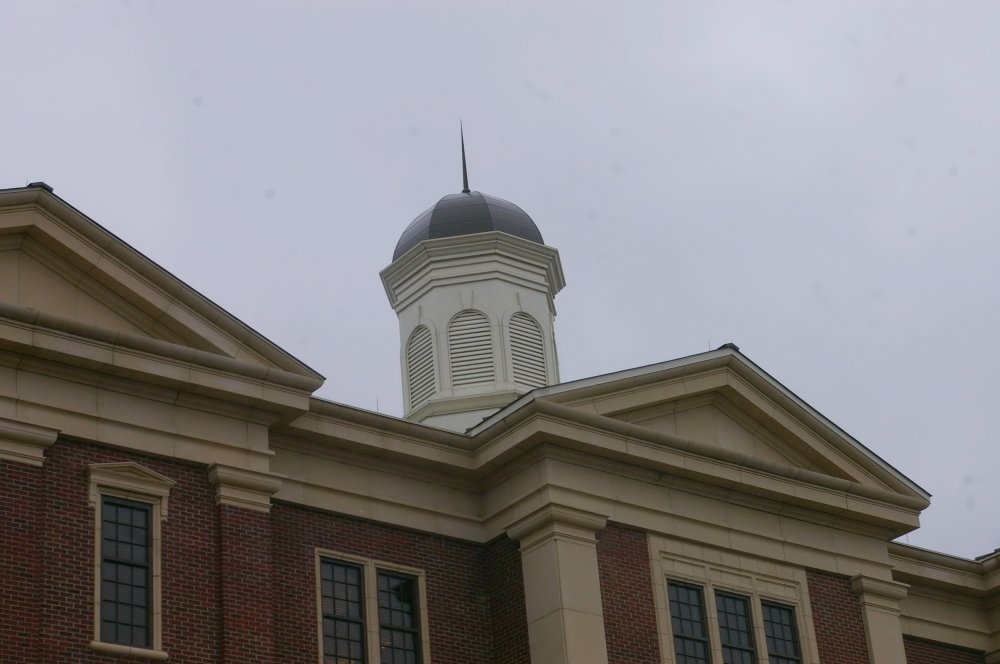 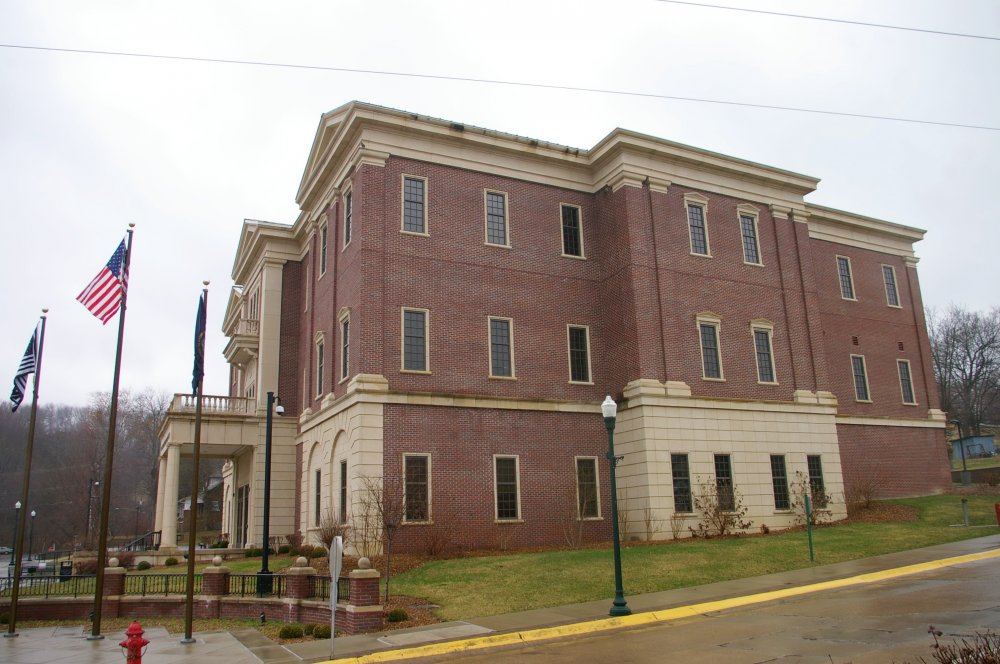 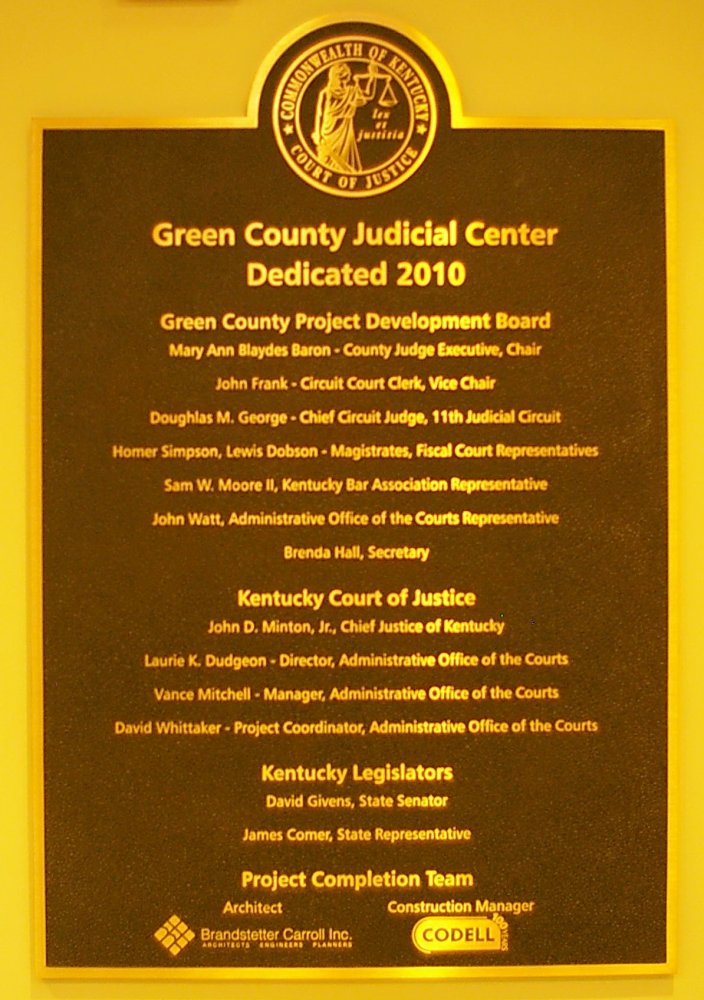 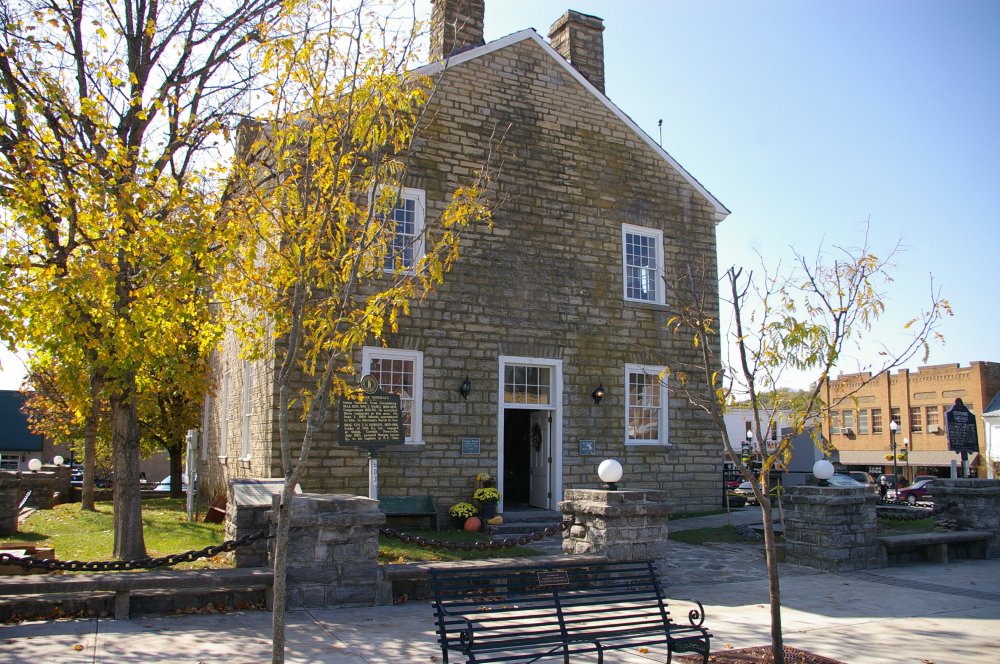 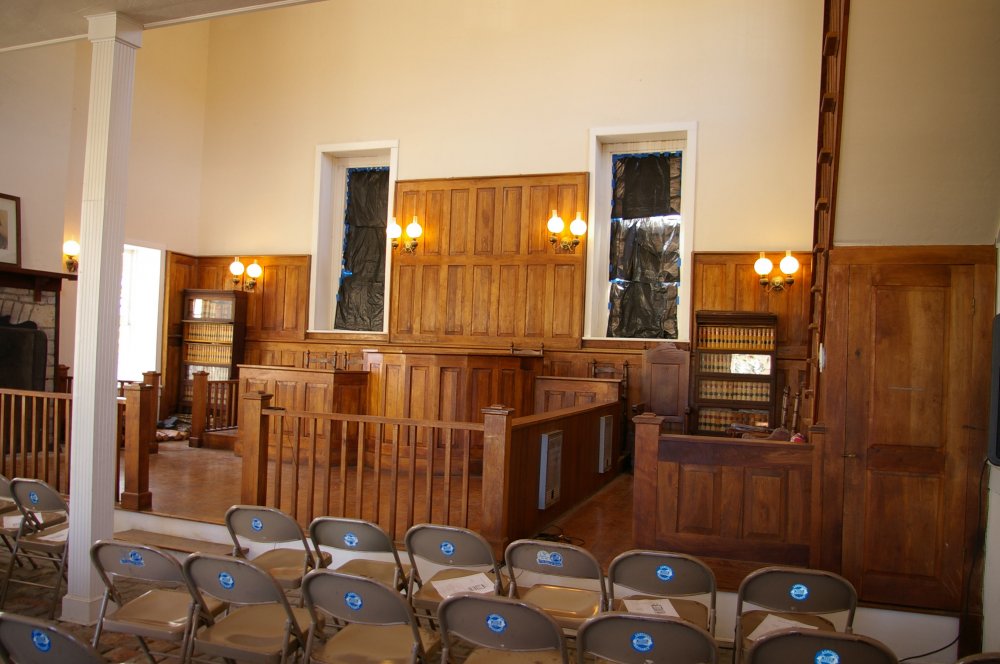 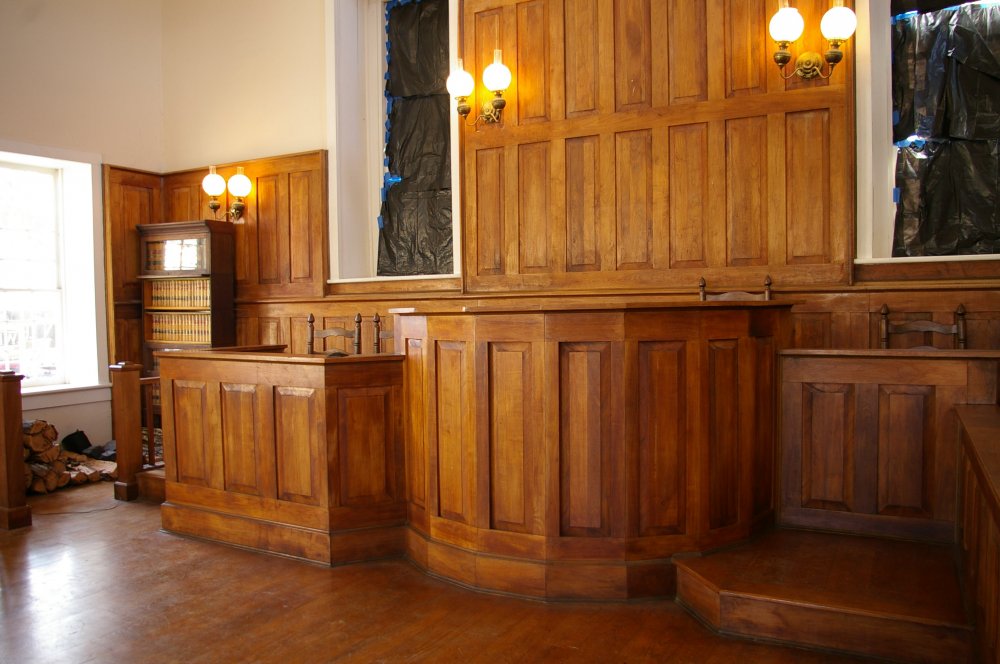 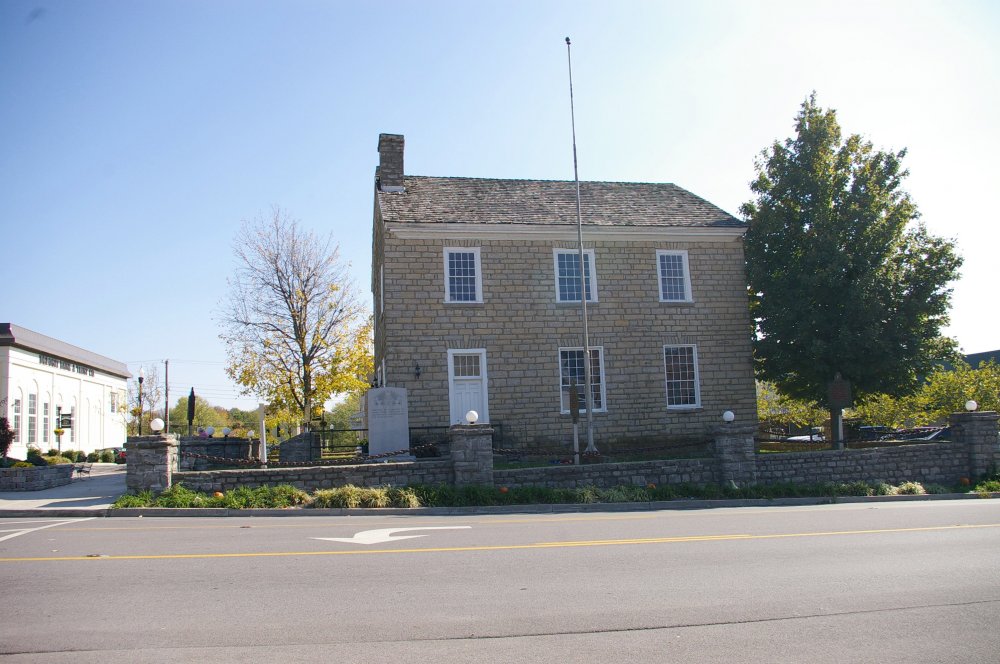 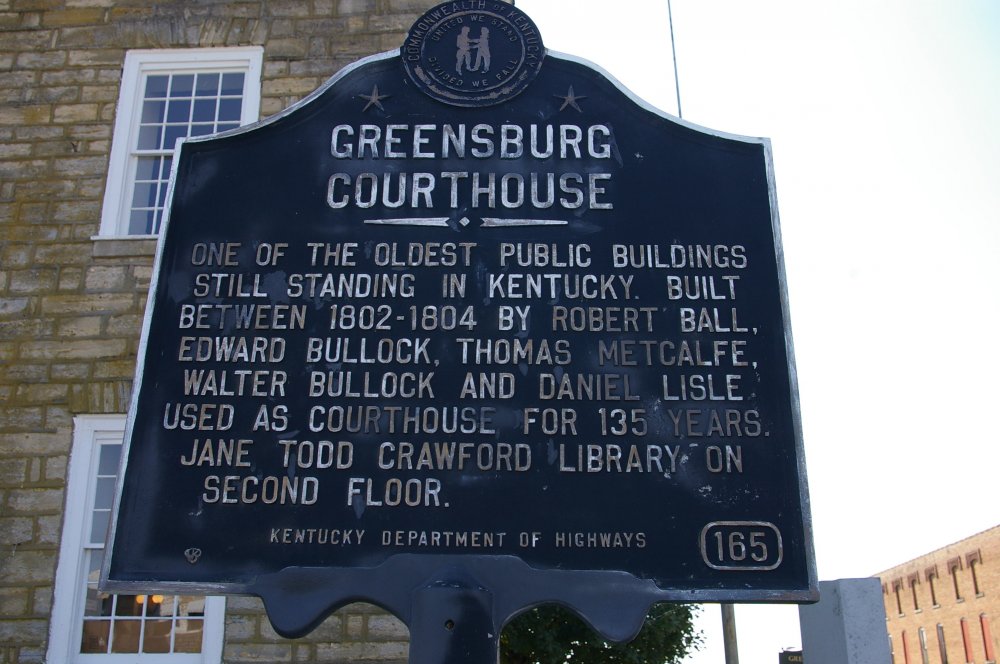