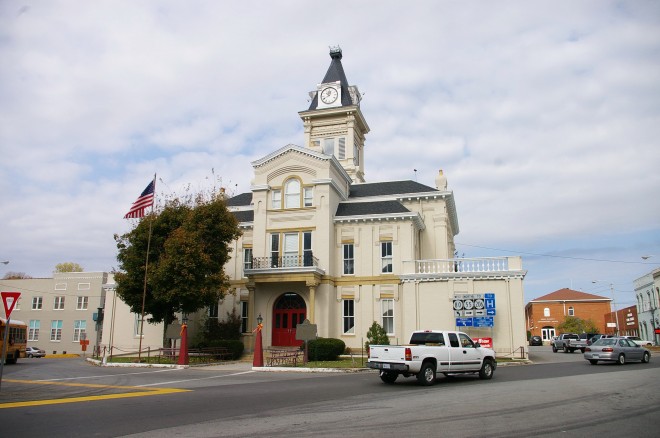 Adair County is named for John Adair, who was the Governor of Kentucky from 1820 to 1824.

Description:  The building faces southeast and is a three story white colored brick and stone structure. The building is located on the landscaped grounds of the Courthouse Square in the center of Columbia. The white colored stone was quarried at Sparksville in the County. The southeast portico has two thin columns rising to a balcony at the second story. In the columns that support the portico are carved the face of the builder William H Hudson of  Collumbia. The building rises to the third story with the side sections rising only to the second story. The southwest and northeast wings are one story with white colored balustrades. On the center of the roof, is a large square stone cupola with glass windows and a clock at the roof level. The roof is hipped. The courtroom is located on the second story. The building was renovated in 1975. The architect was Clotfelter & Associates of Lexington and the contractor was McLean Construction Company od Columbia. The consulting engineer was Adams, Frazier & Anderson of Lexingtonn. 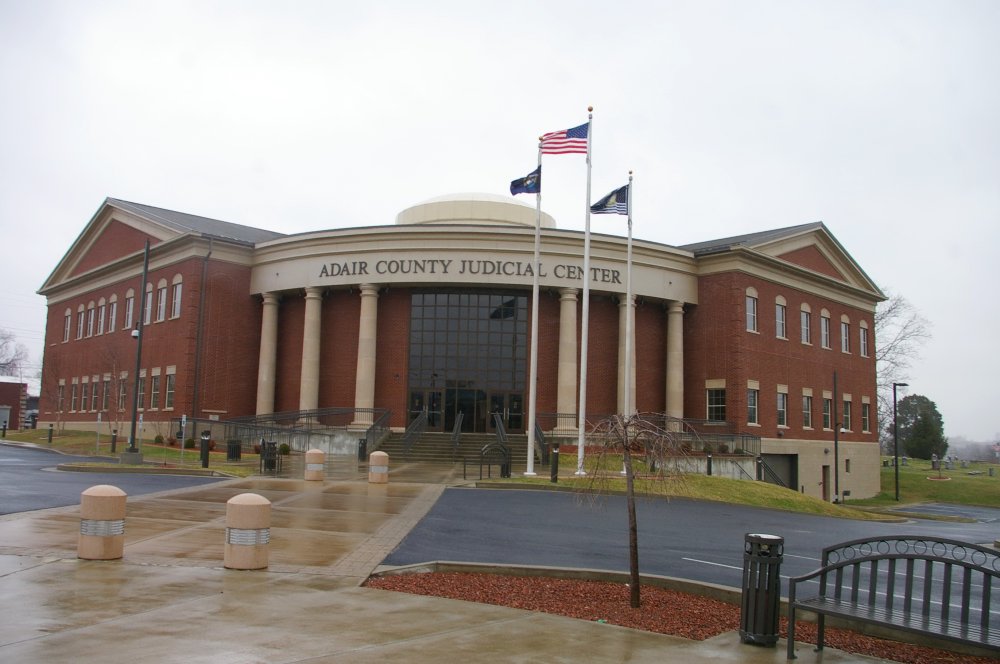 Description:  The building faces southeast and is a two story red colored brick, concrete and glass structure. The building is located on landscaped grounds in the center of Columbia to the north of the courthouse. The southeast front has a circular section with six columns rising to a wide header and with a central entrance on the first story. There are hipped roofs on the south and east sections of the building. 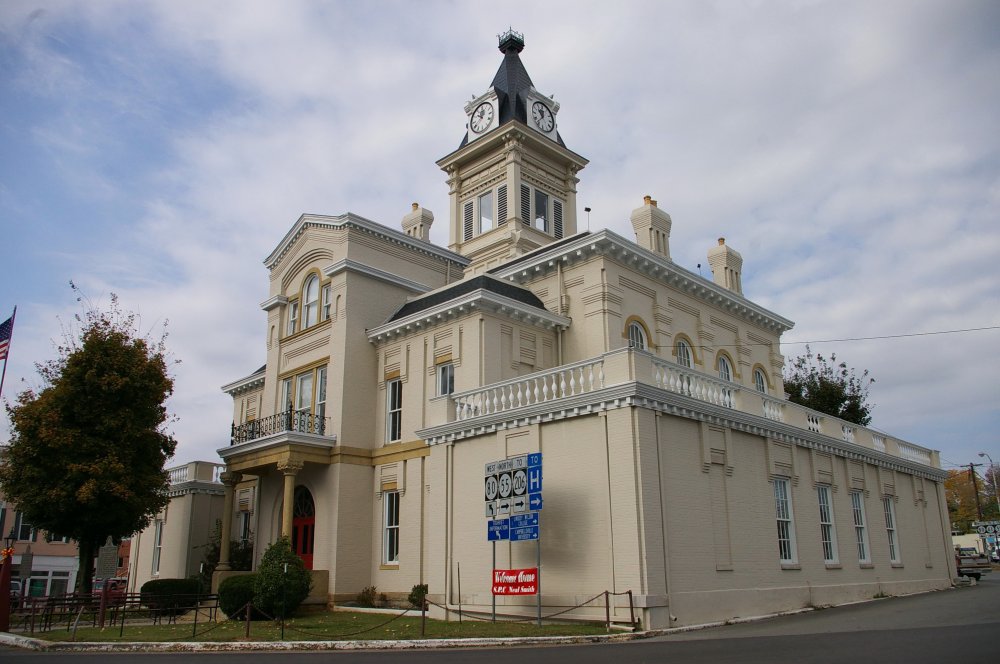 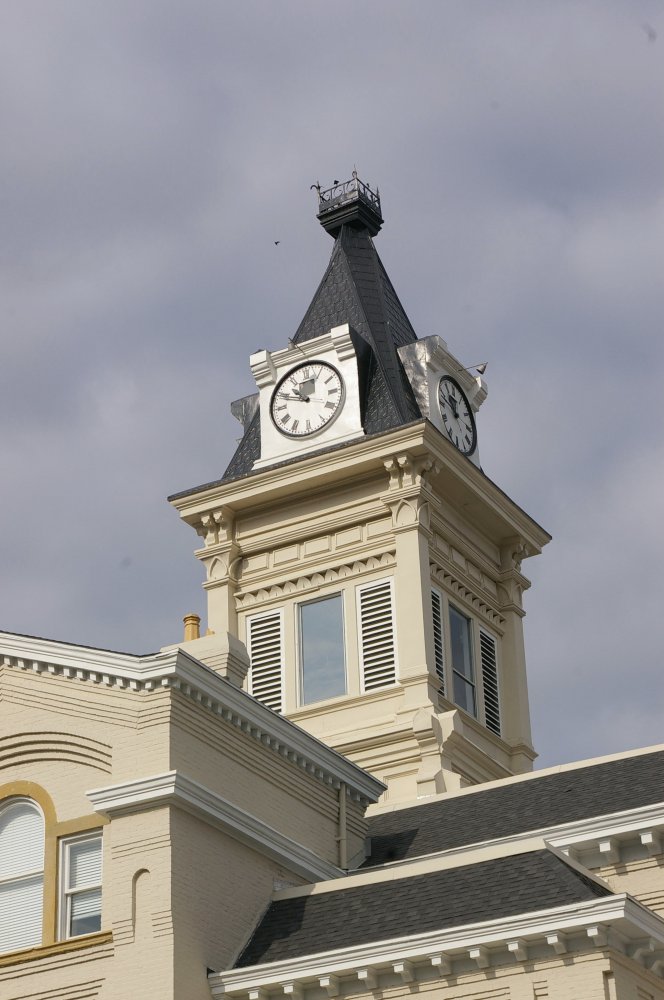