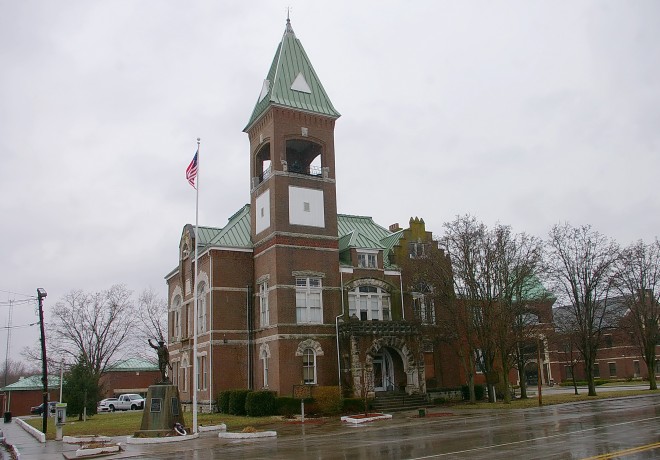 Casey County is named for William Casey, who was a soldier during the American Revolutionary War.

Description:  The building faces northeast and is a two story red-brown colored brick and stone structure. The building is located on the landscaped grounds of Courthouse Square in the center of Liberty. The northeast front has a central stone portico with large arched stone entrance. The foundation is stone. On the northeast corner is a four story square bell tower with open section at the top and steep green colored roof. The second story windows have stone arches. There is a green colored hipped roof. The courtroom is located on the second story. The stone mason was Thomas D Dunhauser. An addition was constructed on the west side in 1960. The architect was Meriwether Marye & Associates of Lexington and the contractor was William Teater & Company of Lancaster.

Note:  The stone for the foundation came from John William Dockery farm at Poplar Hill and that the stone work was done by Thomas David Dunhauser, a native of Germany. His chief assistant was his son Green Cox (who used his mother’s maiden name). Brick from a previous courthouse was used in the construction. 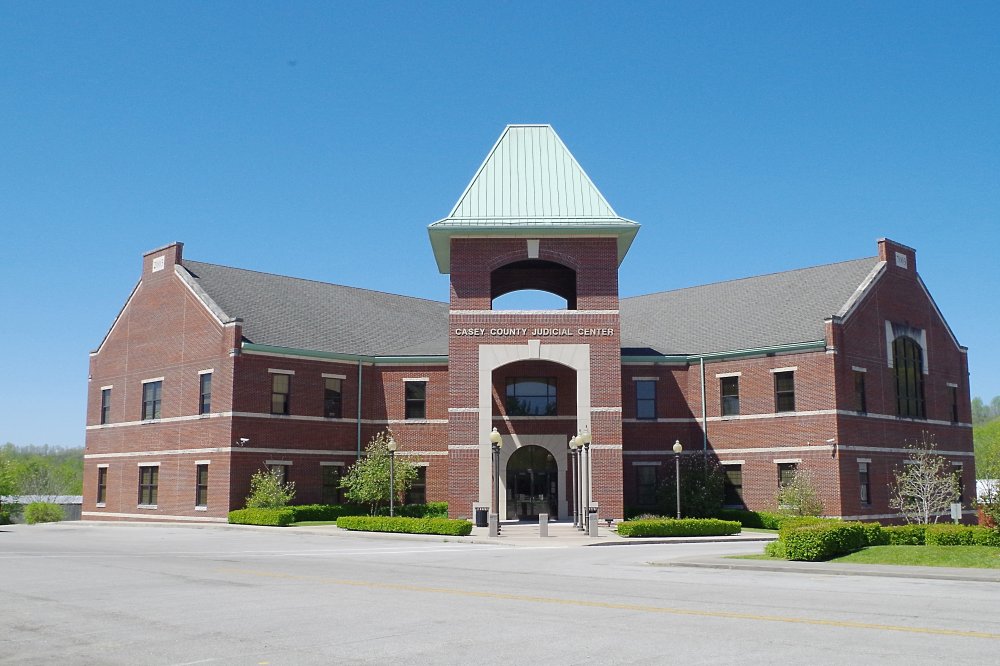 Architect:  Architecture Plus of Georgetown and Brighton Architect and Engineering Inc. of Frankfort

Description:  The building faces northeast.and is a two story red colored brick and concrete structure. The building is “V” shaped with a central tower having the entrance on the first story, recessed window on the second story, open arched section on the third story and steep green colored roof at the top. The roof is hipped.

Note: Architecture Plus of Georgetown went out of business without finishing its work on the building and forced the Fiscal Court to hire a new architect and engineering firm. At the recommendation of the Casey Project Development Board, Fiscal Court hired Brighton Architect and Engineering Inc. of Frankfort to finish the work. The contractor hired was D W Wilburn Inc. 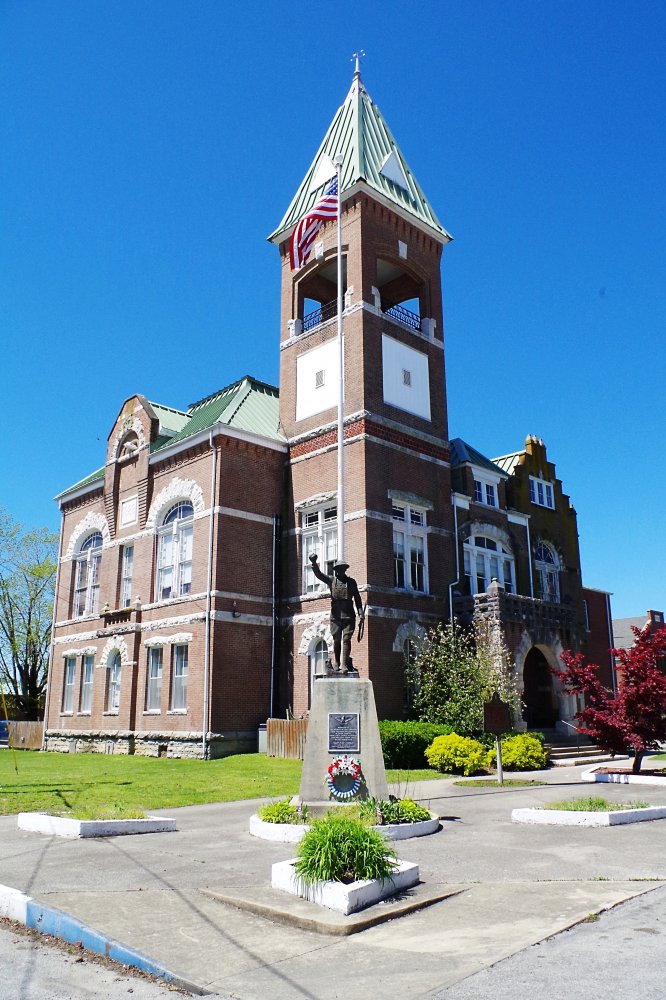 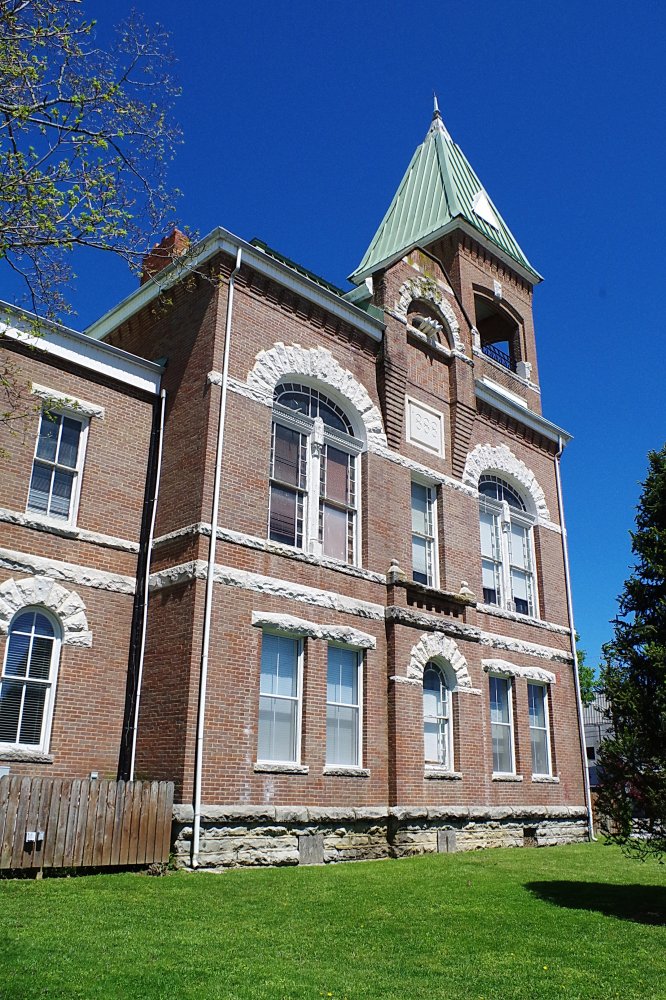 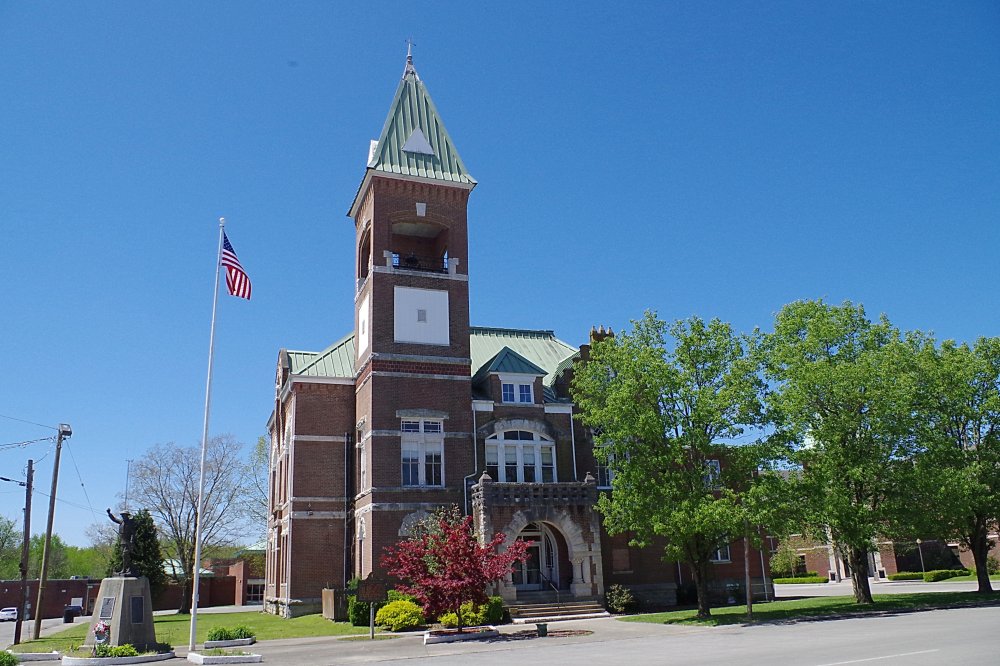 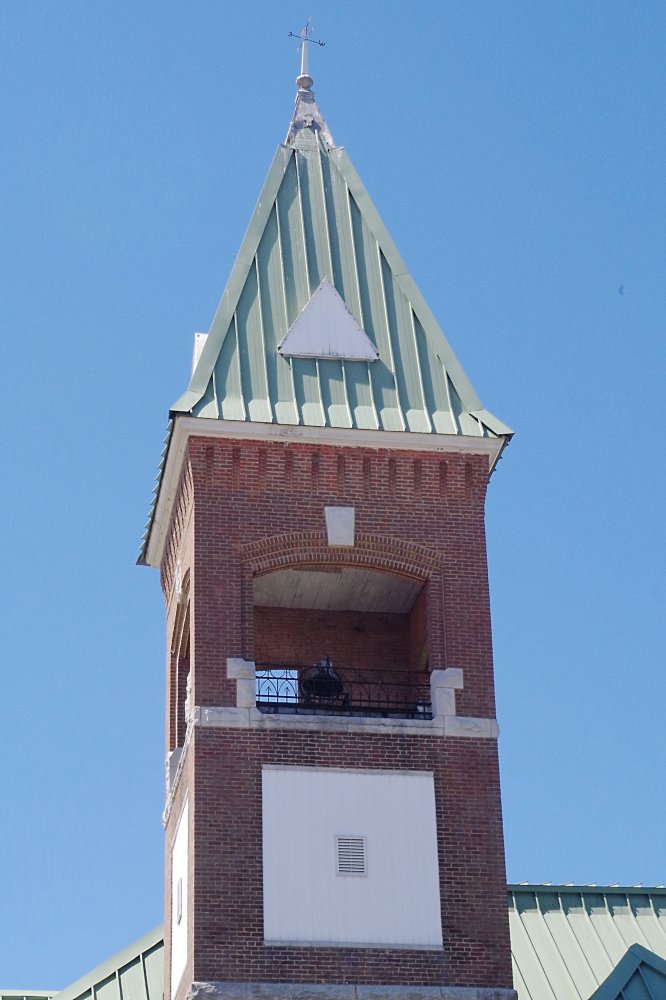 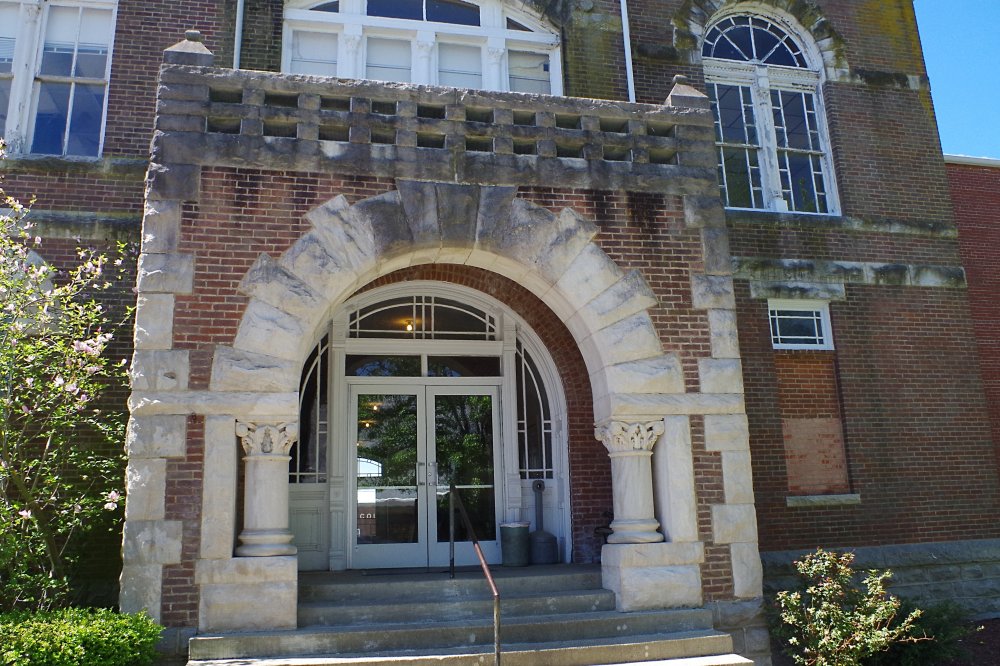 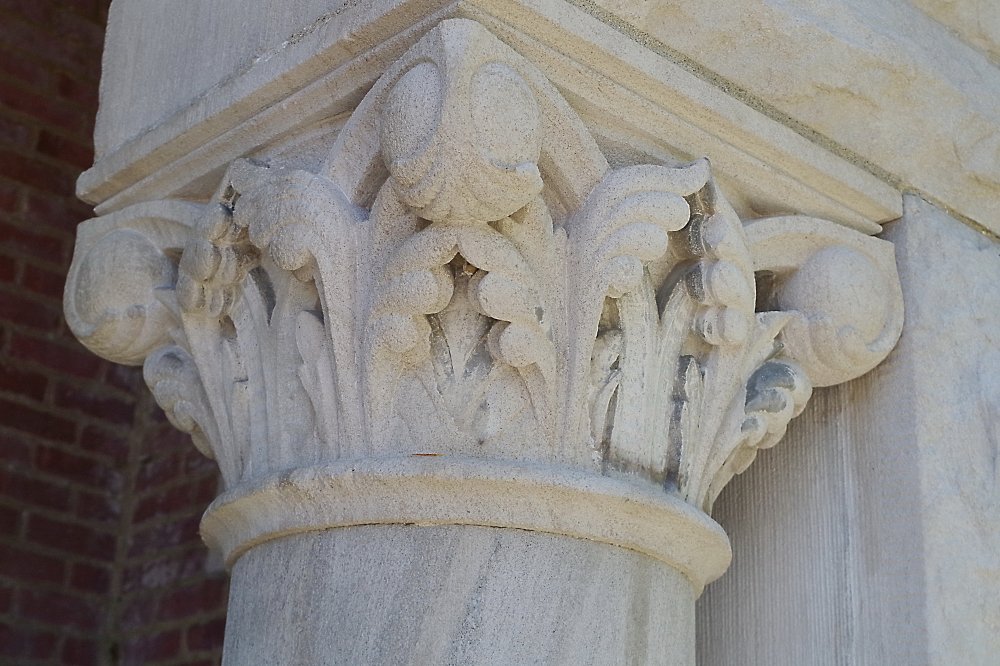 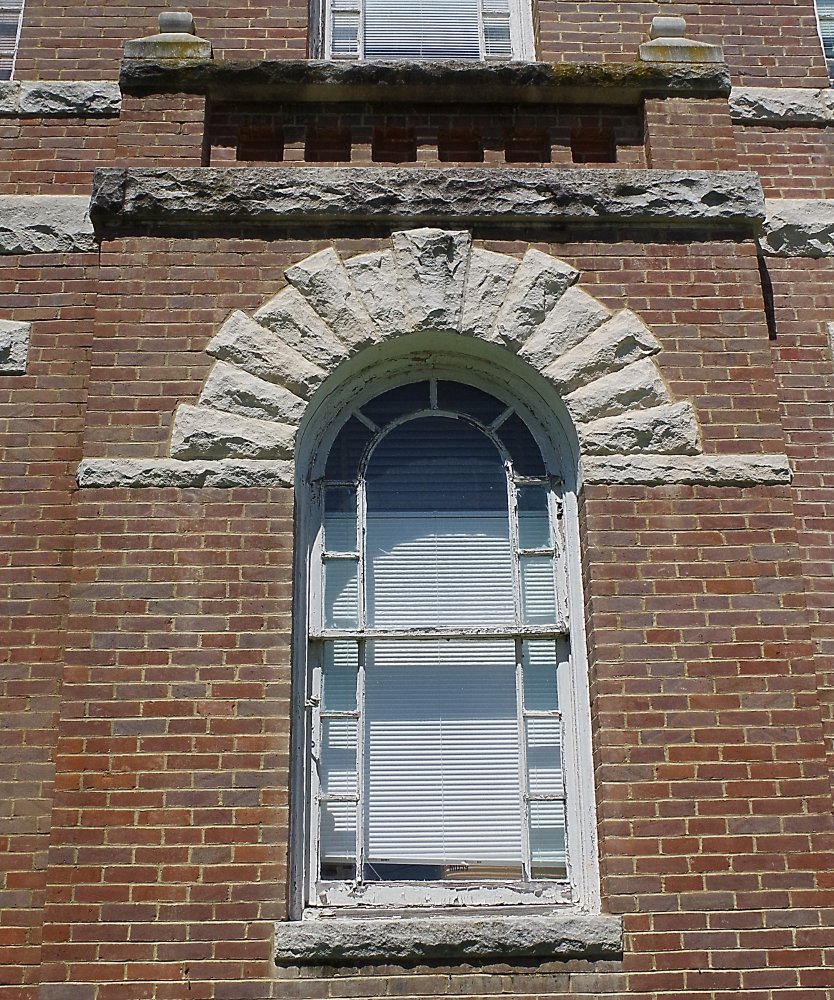 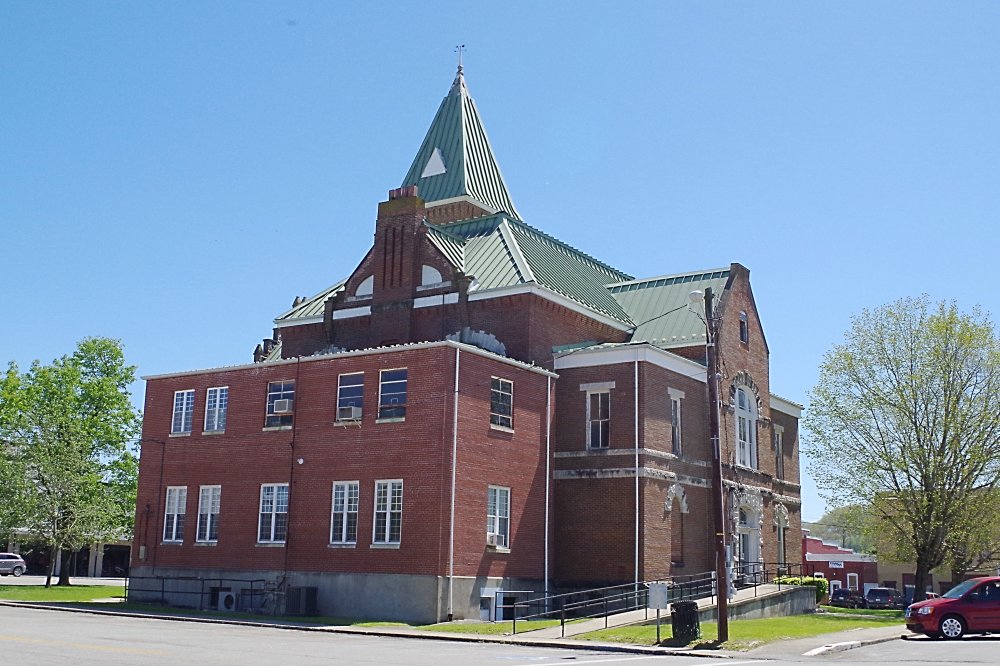 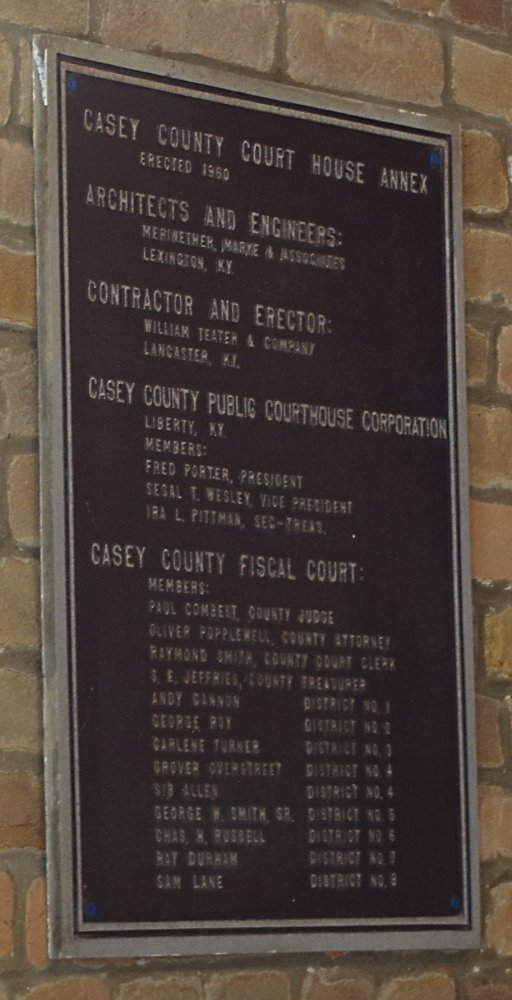 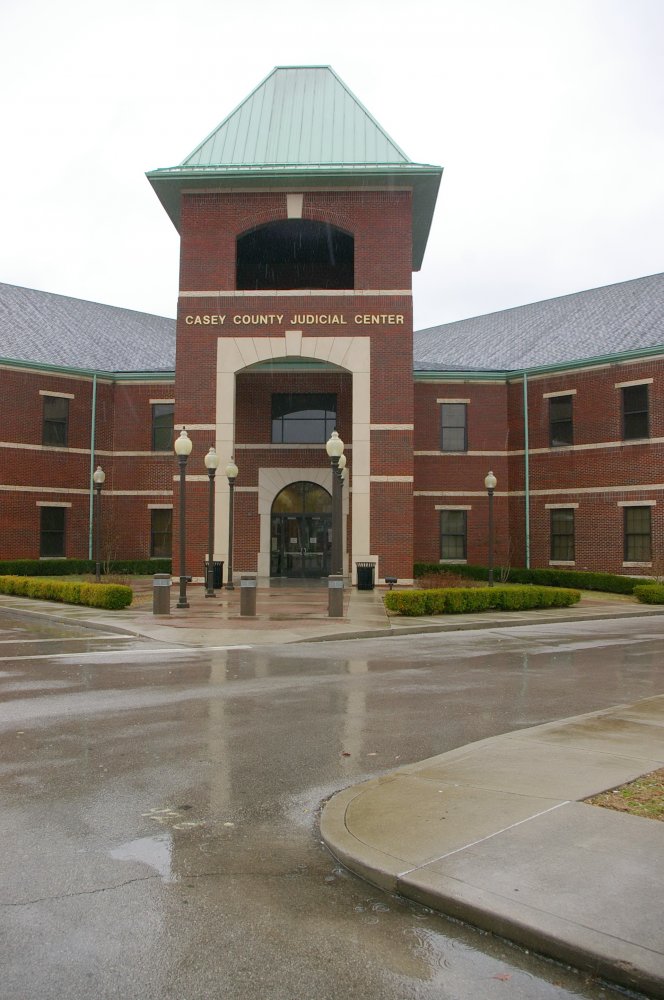