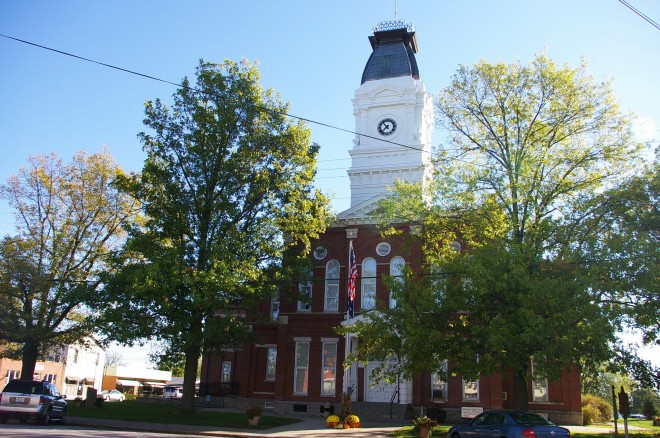 Henry County is named for Patrick Henry, who was a Revolutionary War patriot and who lived from 1736 to 1799.

Description:  The building faces west and is a two story red colored brick structure. The building is located on landscaped grounds in the center of New Castle. The west front has a small white colored portico supported by two thin columns. The windows on the second story are arched and above them are small round windows. Above the entrance rises a large square white colored cupola with clock. Atop the cupola is a steep black mansard roof with parapet. Brick pilasters capped with stone are located at the corners and between each bay. The building has a rusticated stone foundation. The courtroom is located on the second story. There are north and south wings which form at “T” shape. The roof is hipped. The floor plan to the courthouse consists of cross-axial halls. The floor in the main hallways is composed of rust, gray, and ivory colored tiles with a few bright blue tiles in the center. Cast iron stairways are located at the end of the central hall and the north and south halls. The courtroom, located on the second floor, has  retained the original iron railing that separates the bench and jury from the rest of the room. The jail extends on the east side. The building was renovated in 2019 to 2020 with construction of an addition on the east side. The courthouse was renamed as the Henry County Judicial Center. The architect was JRA Architects of Lexington and the contractor was Wehr Contractors Inc. of Louisville.

Note:  The integration of the Henry County Jail and Warden’s Residence with the courthouse building is most unusual, if not unique in Kentucky,

History:  The county was created in 1798 and New Castle was selected as the county seat. The first courthouse was a frame structure consisting of five rooms with jail attached, built in 1799, near the present site of the courthouse. The second courthouse was built in 1804 and was destroyed by fire in the early 1870’s. The third and present courthouse was constructed in 1874 to 1875. The courthouse was renovated in 2019 to 2020 at a cost of $12,225,000 and was renamed as the County Judicial Center. 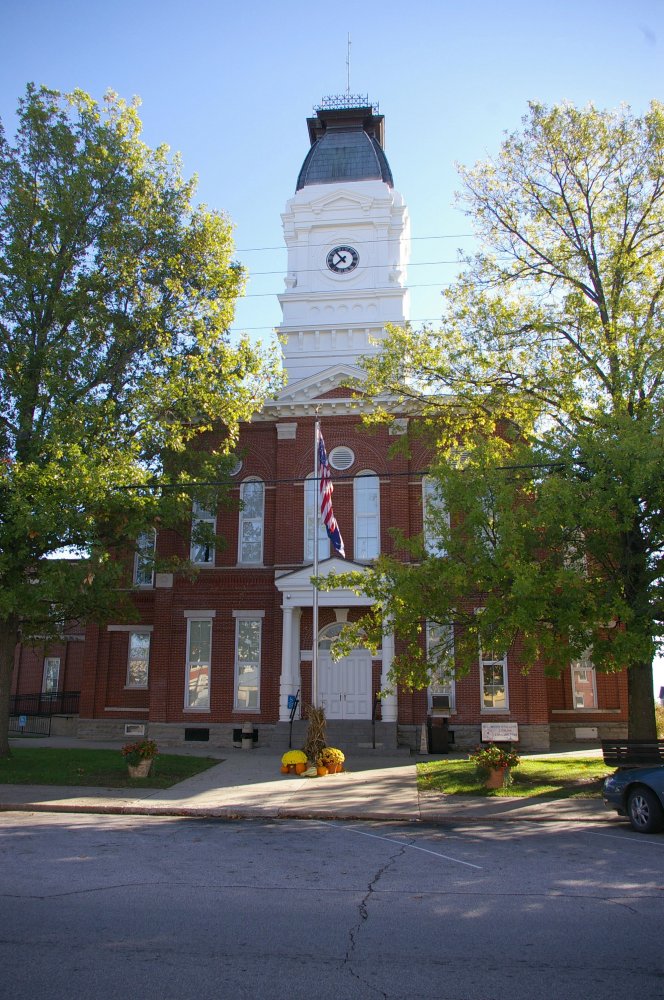 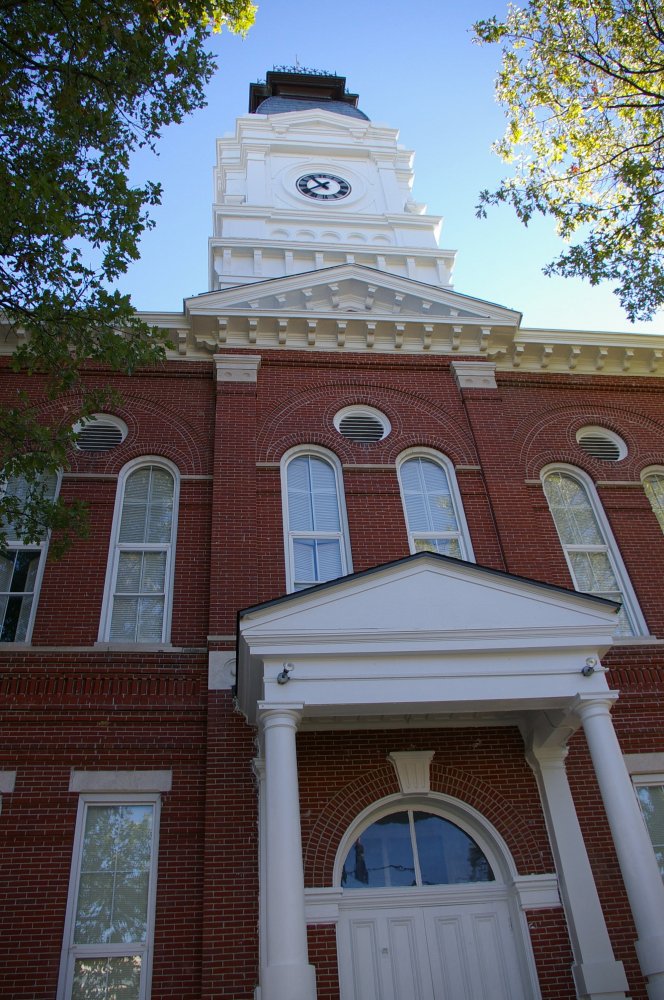 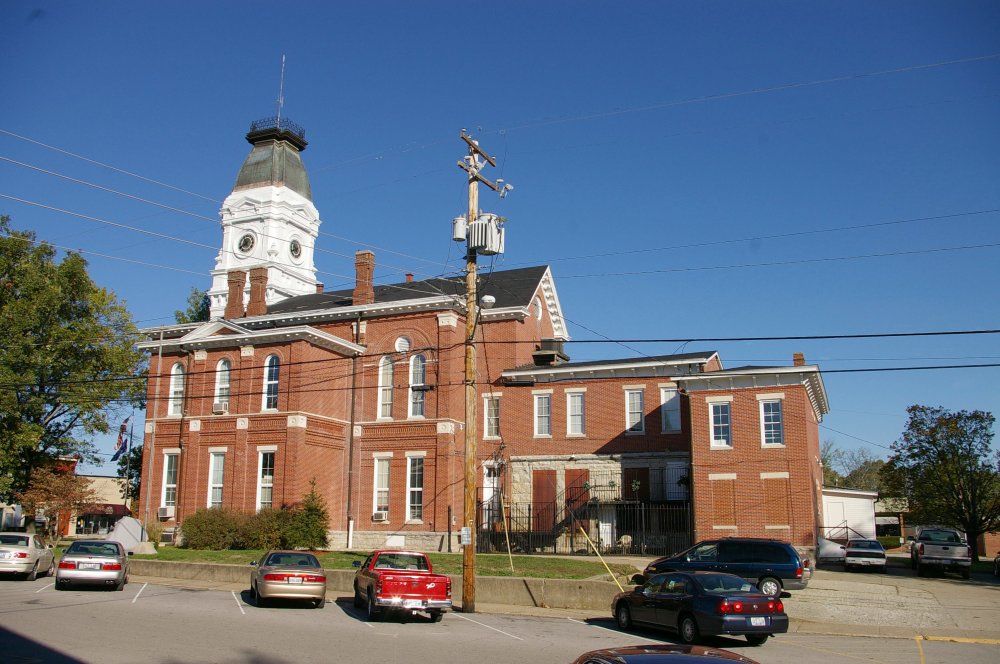 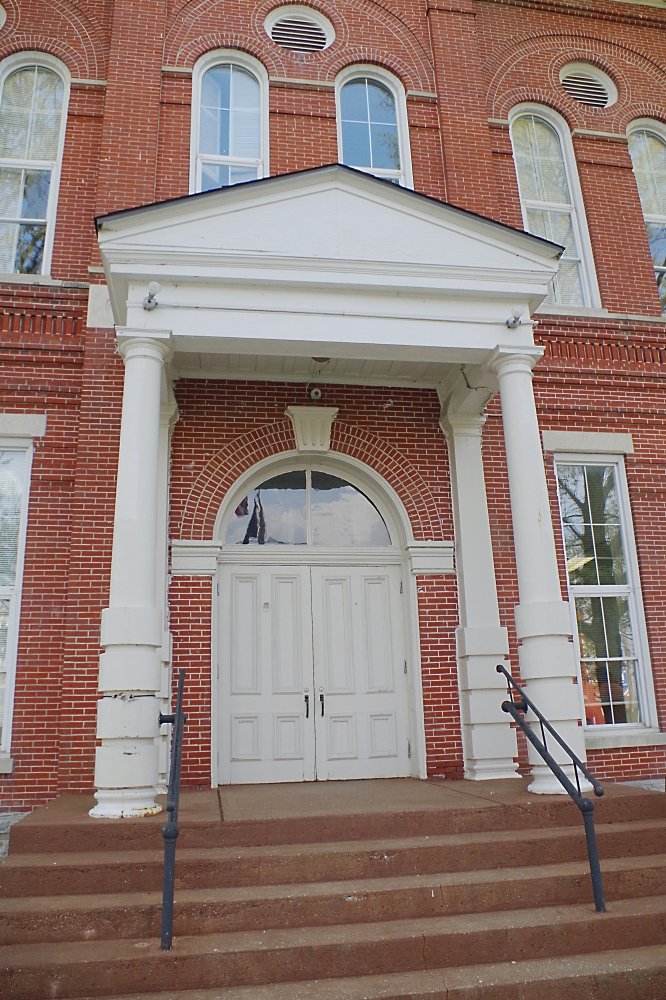 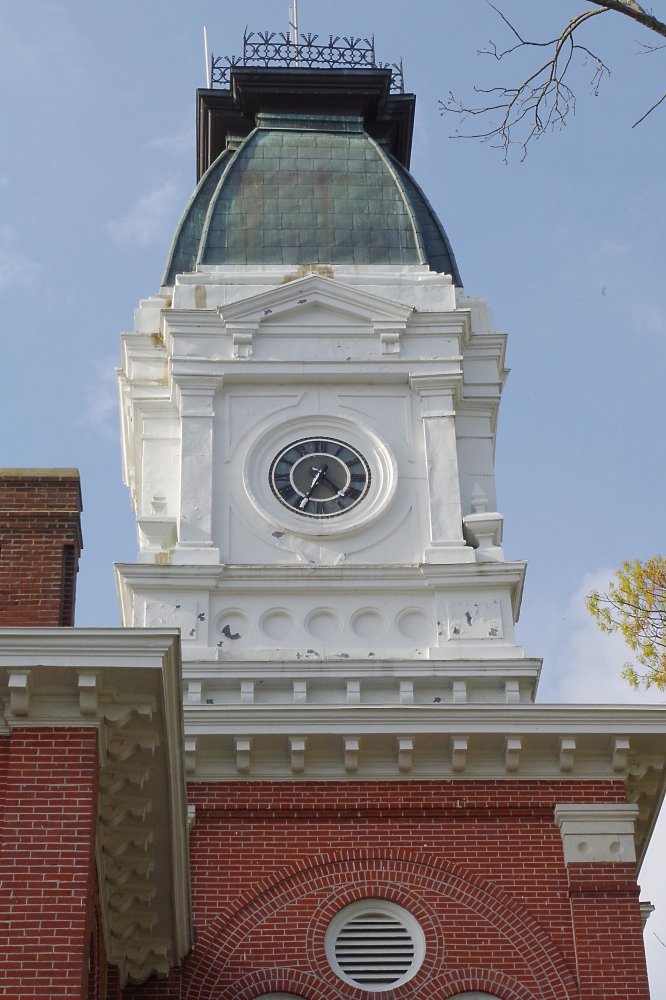 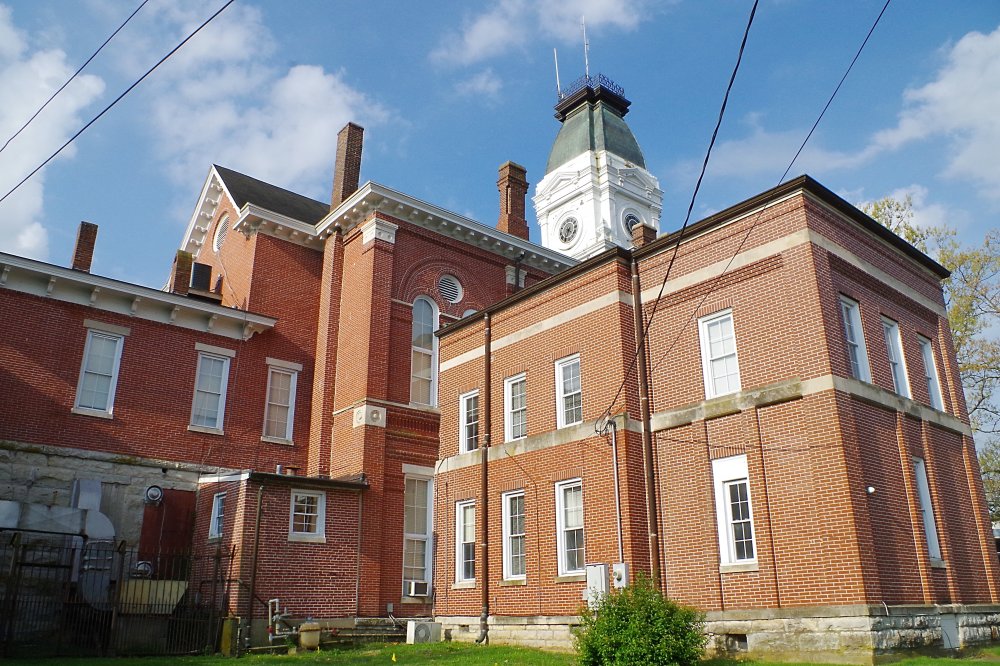 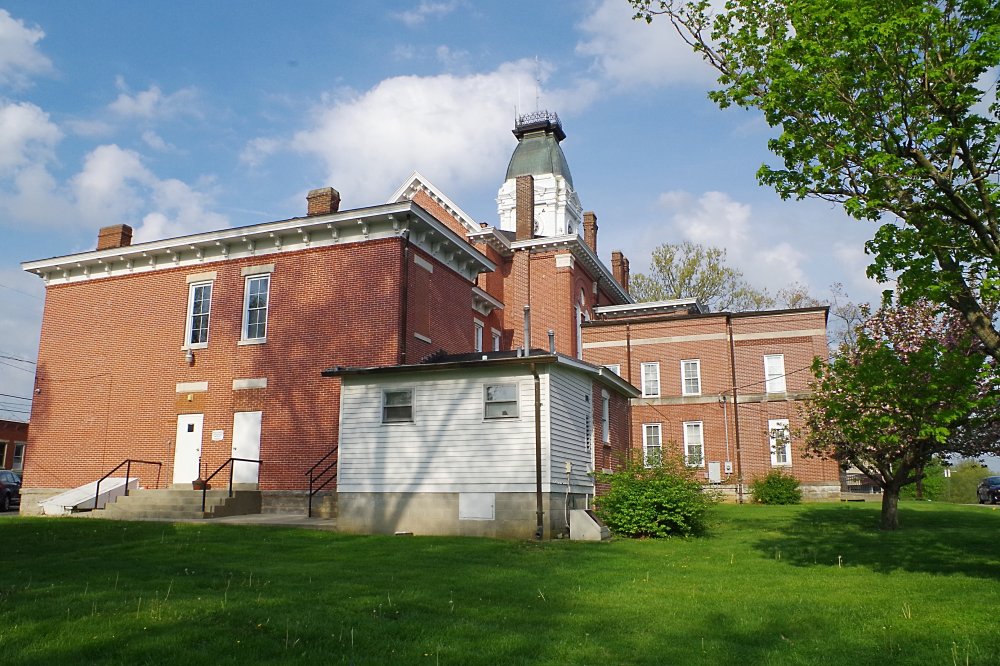 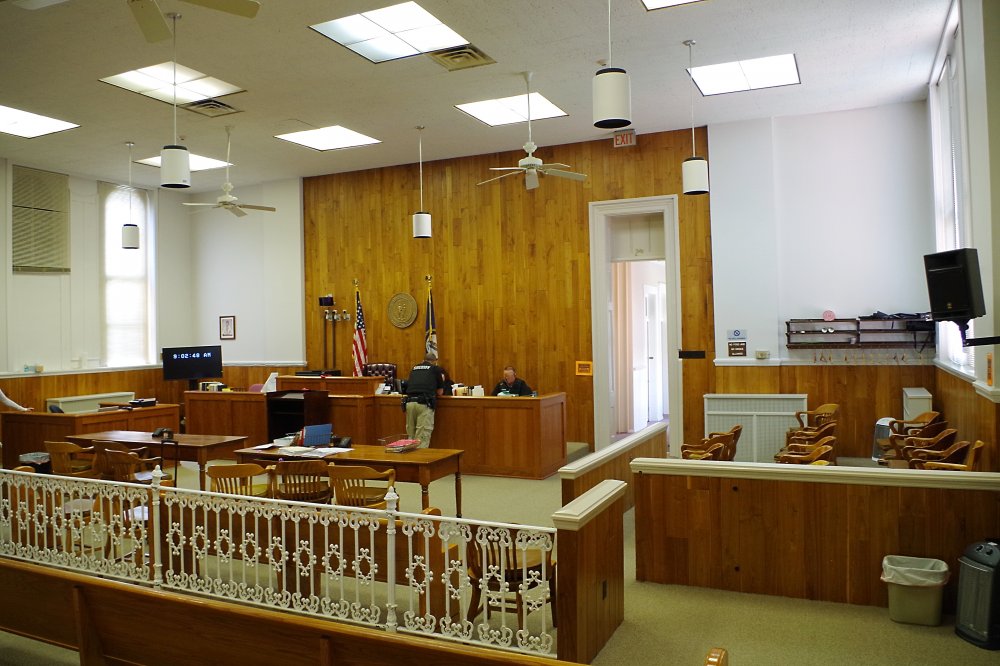 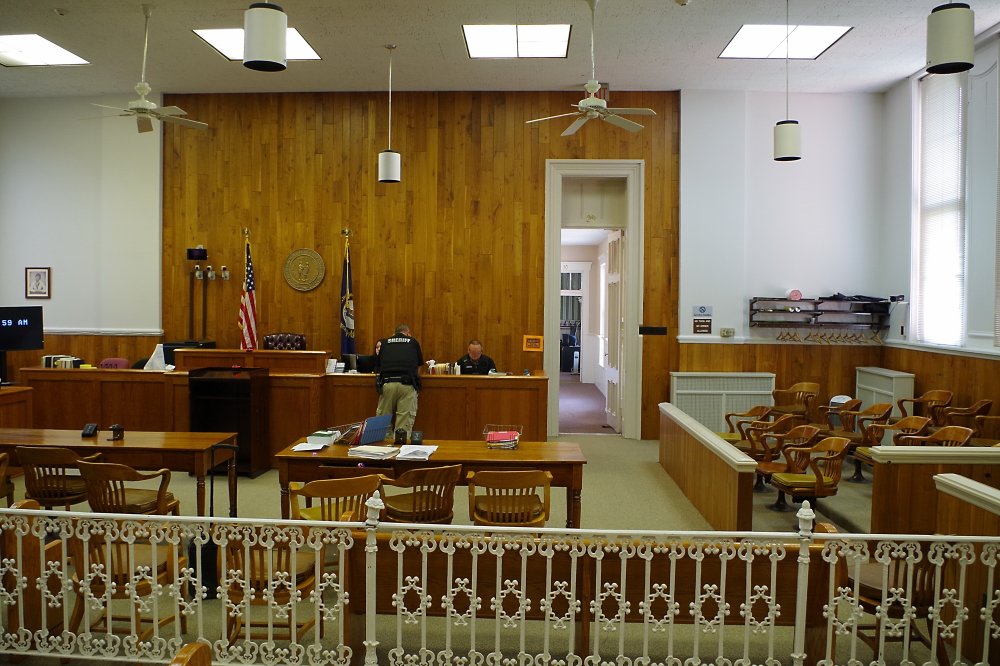 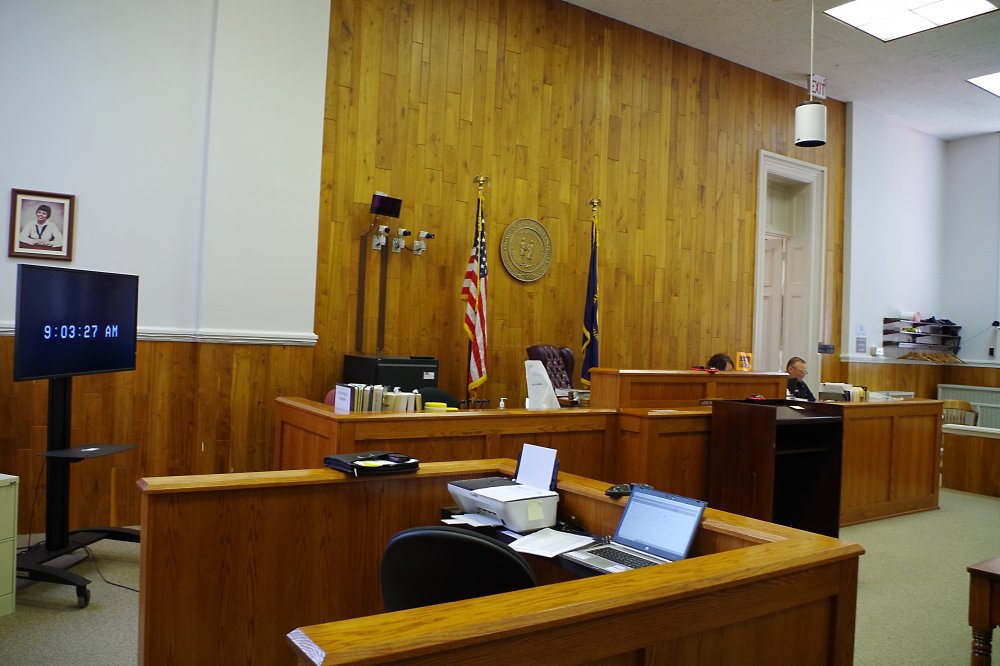