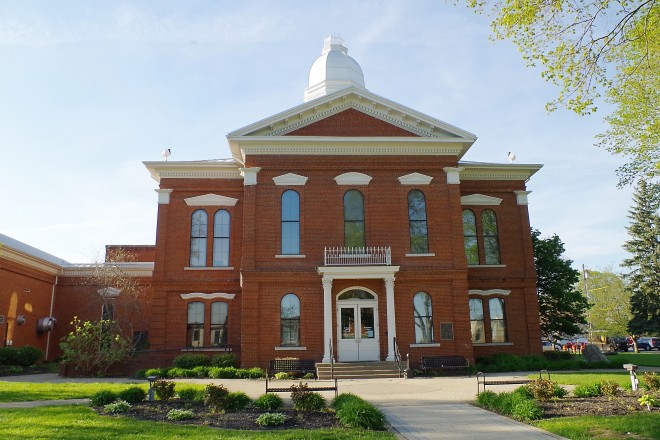 Oldham County is named for William Oldham, who was a colonel in the American Revolution and who lived from 1753 to 1791.

Description:  The building faces south and is a two story red colored brick structure.  The building is located on landscaped grounds in the center of La Grange.The building has a rectangular configuration and is located on spacious landscaped grounds of Courthouse Square. The south front has a small portico supported by two white colored columns and with a balcony above. The windows are arched and on the second story, there are white colored headers above the windows. A white colored cornice is along the roof line. In the center of the hipped roof is a white colored octagonal cupola with white colored dome which has a crown on the top. The courtroom is located on the second story. In 1890 a stone jail was added on the west and in 1920 an office wing was added on the east side. A large addition has been added to the north side in 1992. The architect was Scott/Klausing & Company. Inc. and the contractor was Mathys Builders, Inc. On the west side is the County Jail constructed in 1989. The architect was AJR/Voinovich and the contractor was R & W Construction Company, Inc.

Description:  The building faces south and is a two story light red colored brick and concrete structure. The building is located on landscaped grounds in the center of La Grange to the north of the courthouse. The south front has a large portico with four columns rising to a pediment at the roof line. The recessed entrance is framed with white colored wood. The roof is hipped. An addition was constructed on the north side in 2001 to 2003. The architect was Nolan & Nolan and the contractor was Morel Construction Company, Inc. 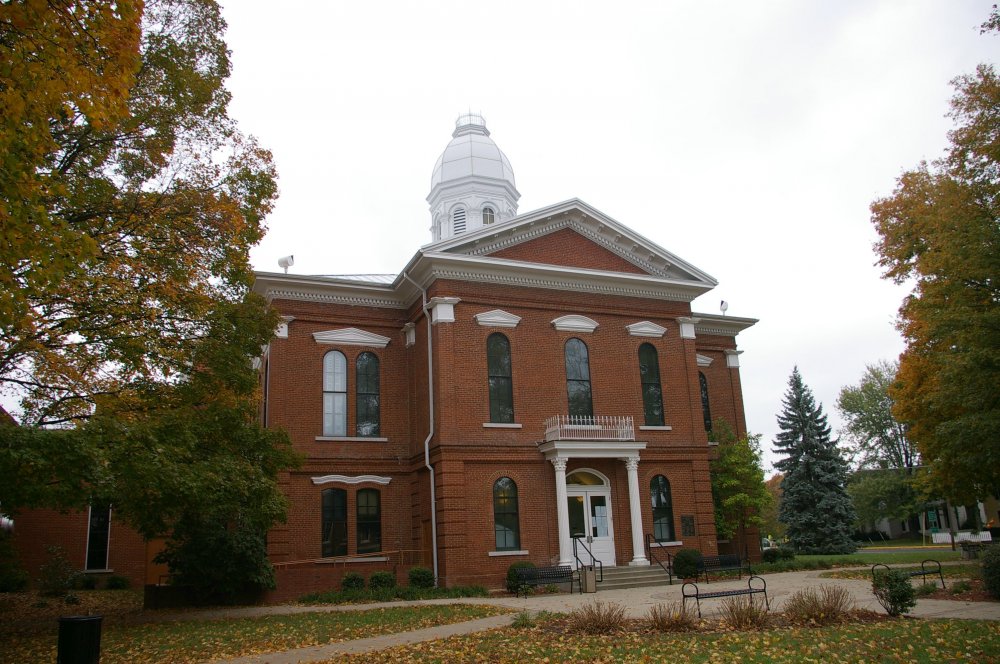 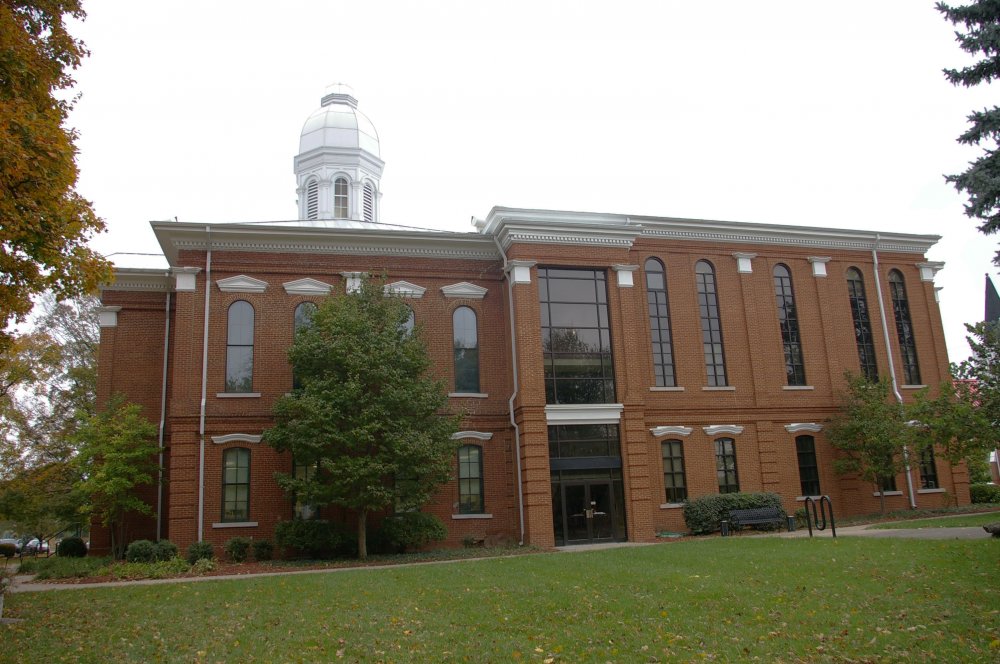 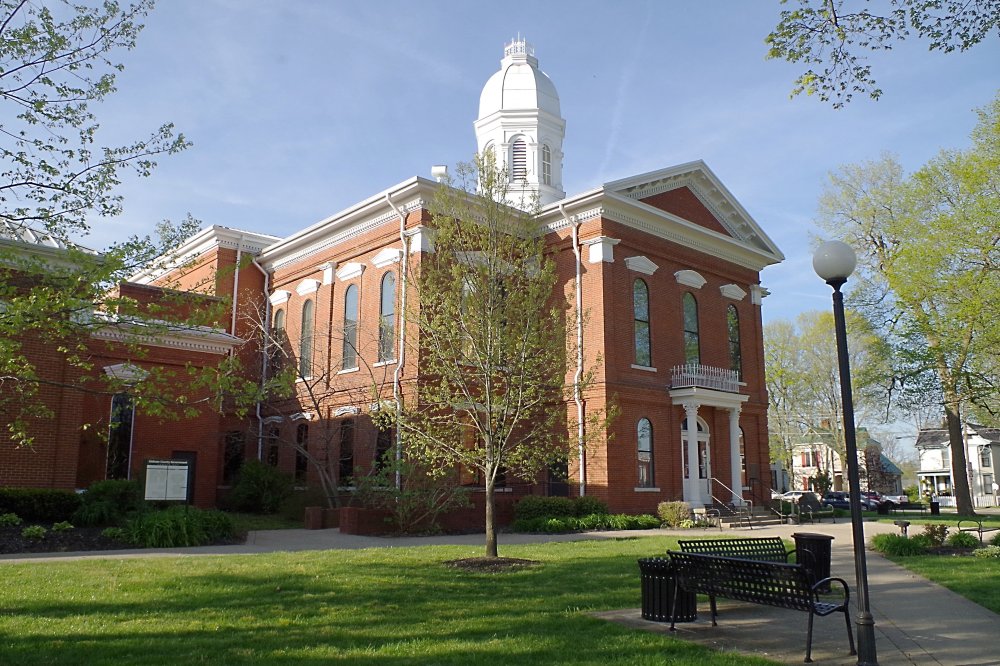 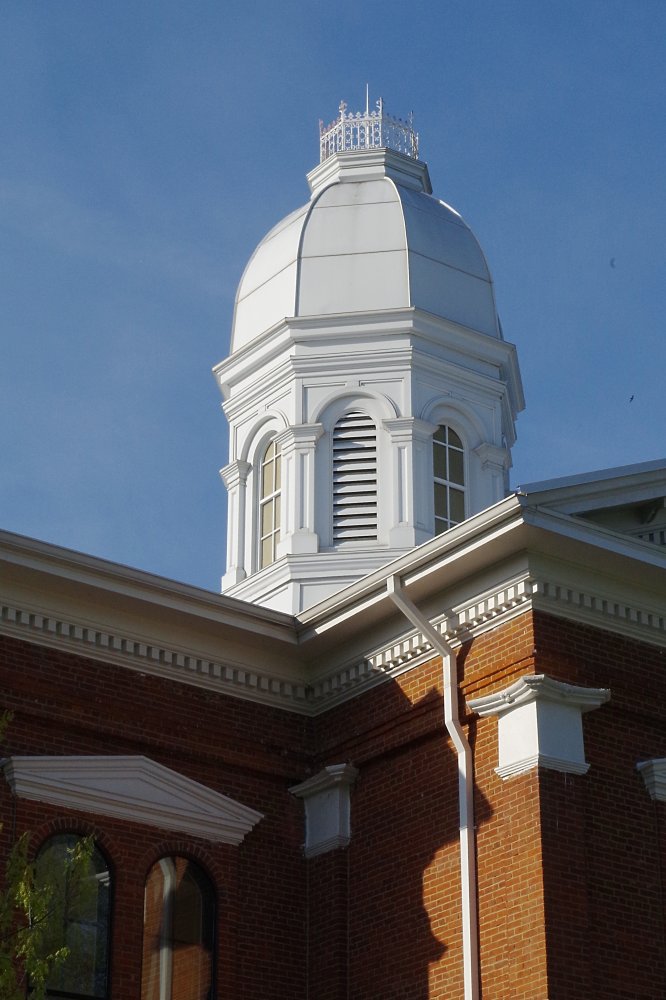 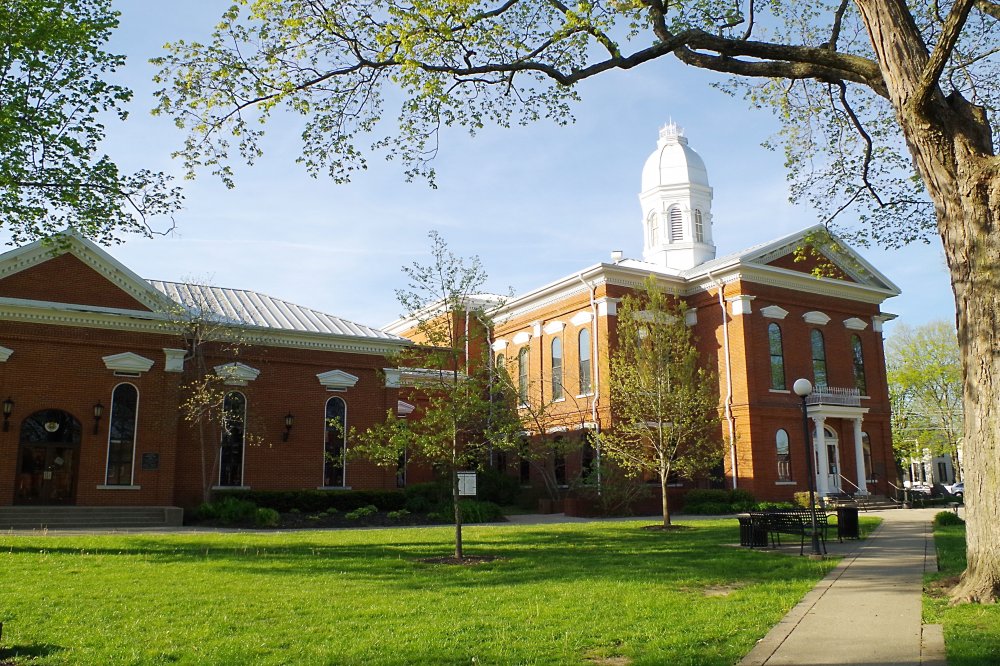 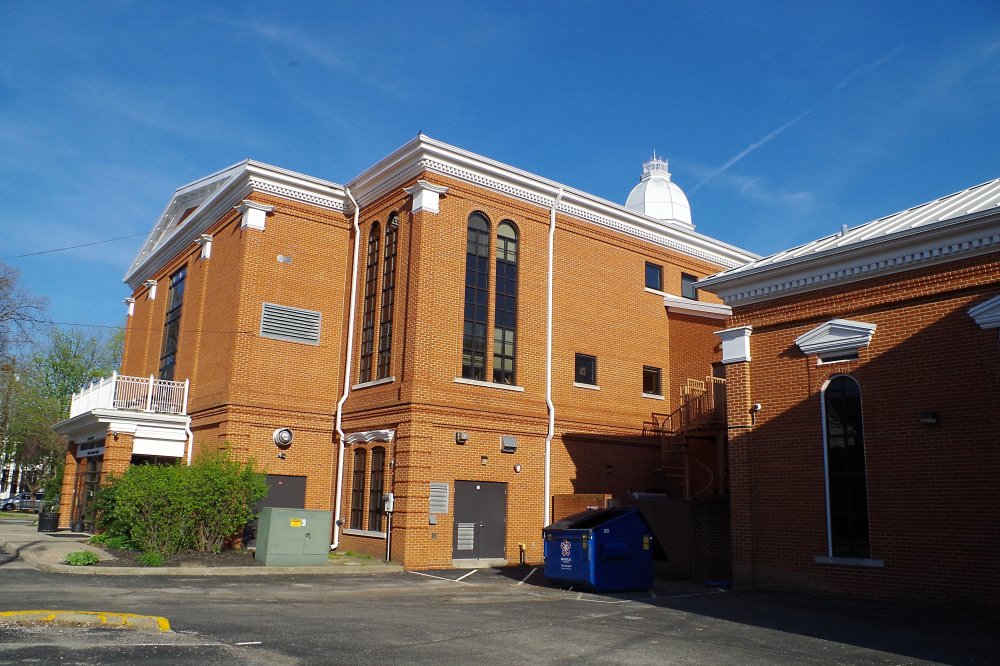 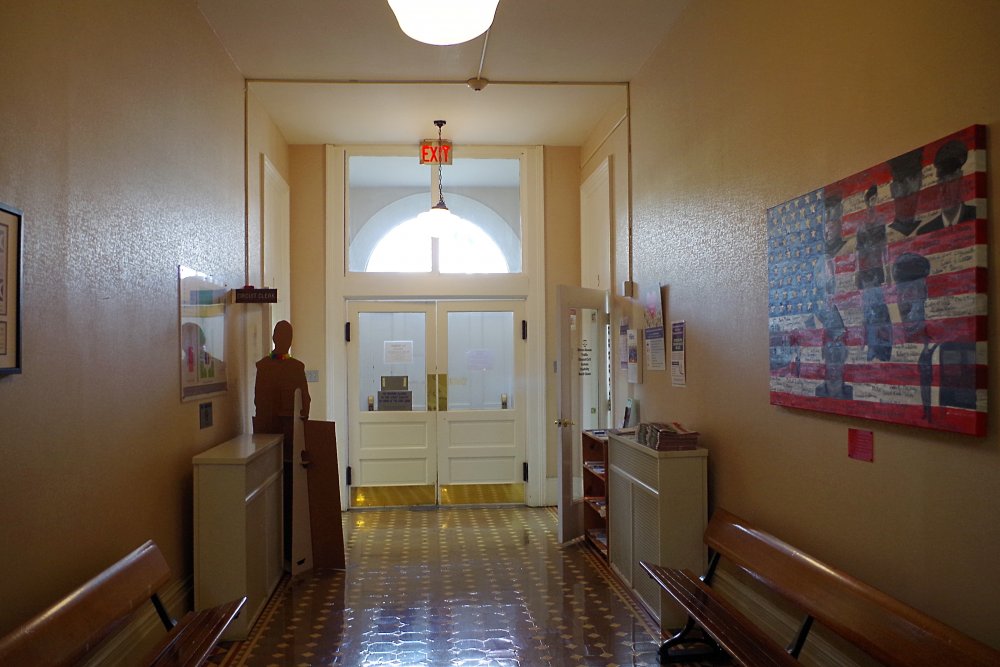 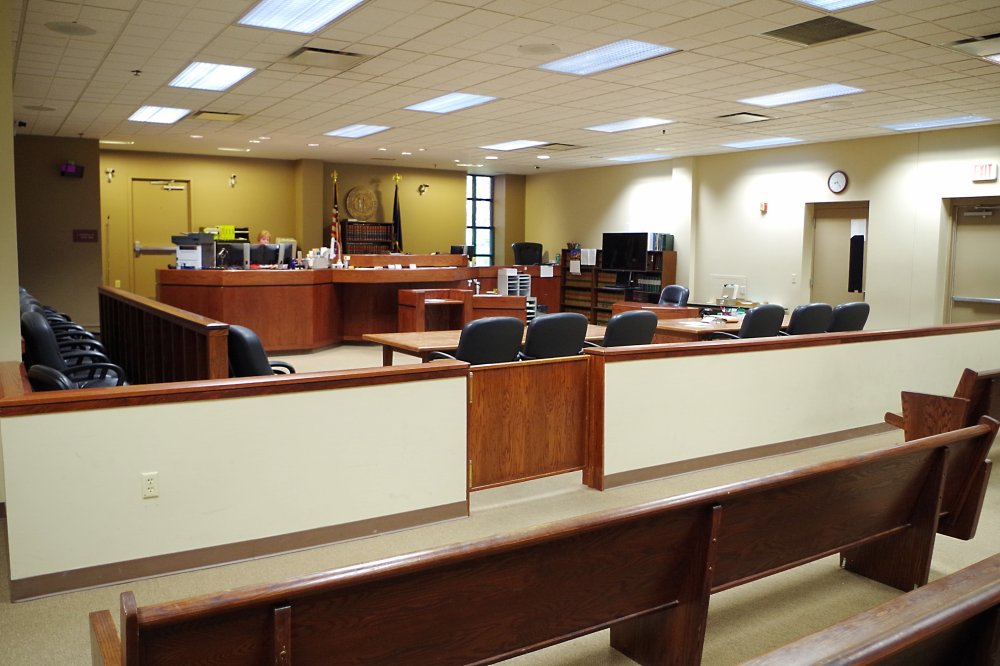 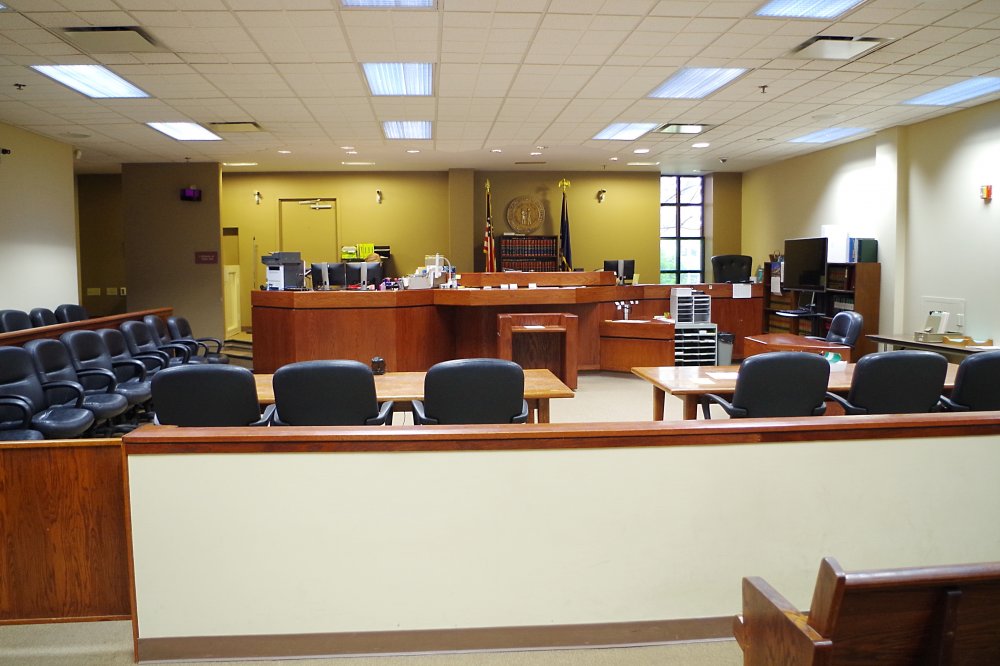 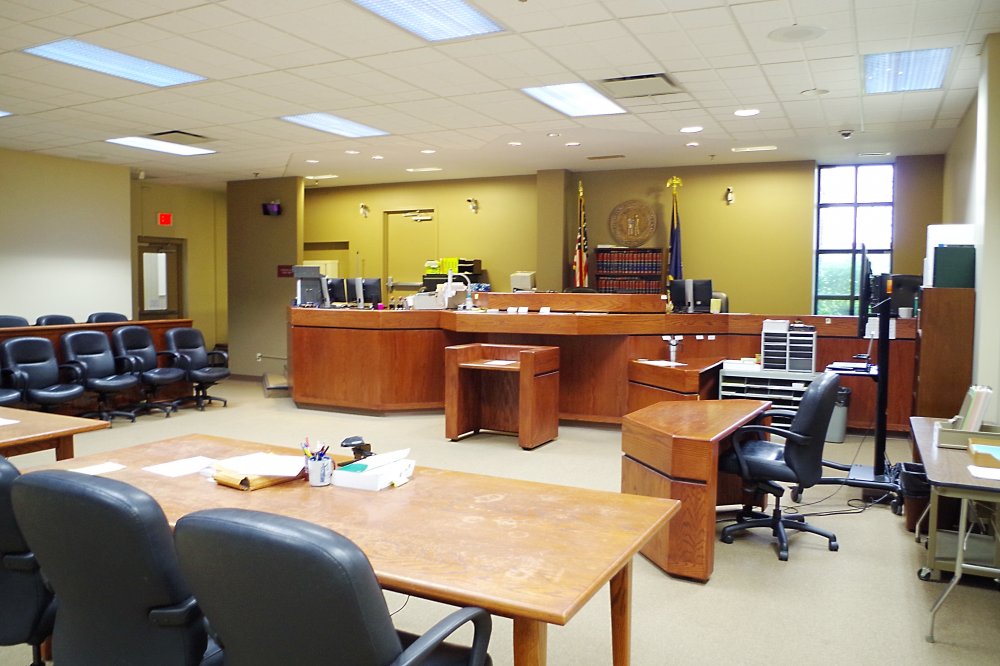 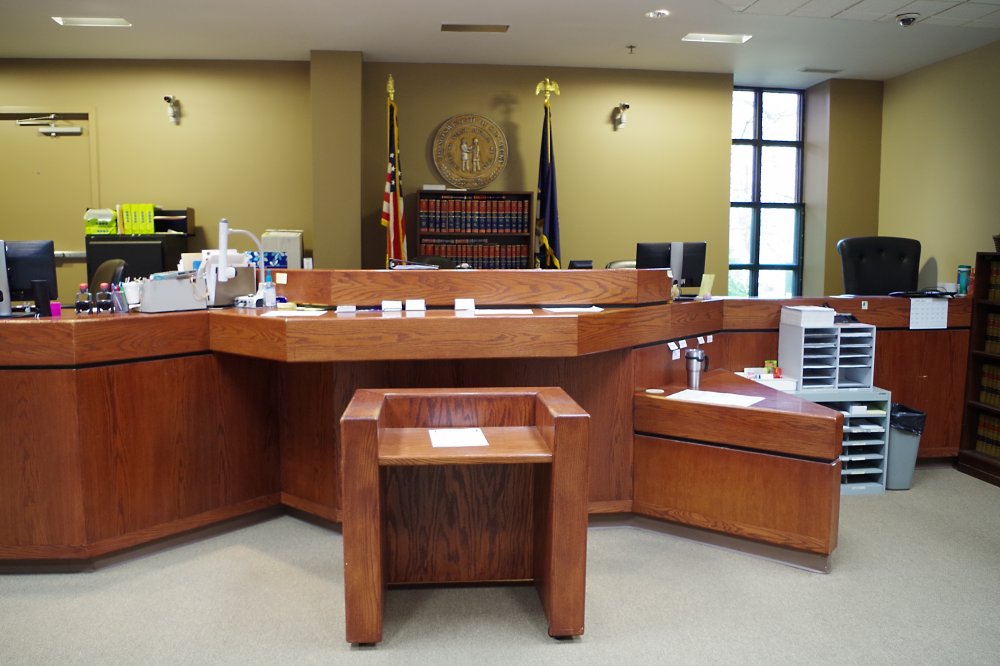 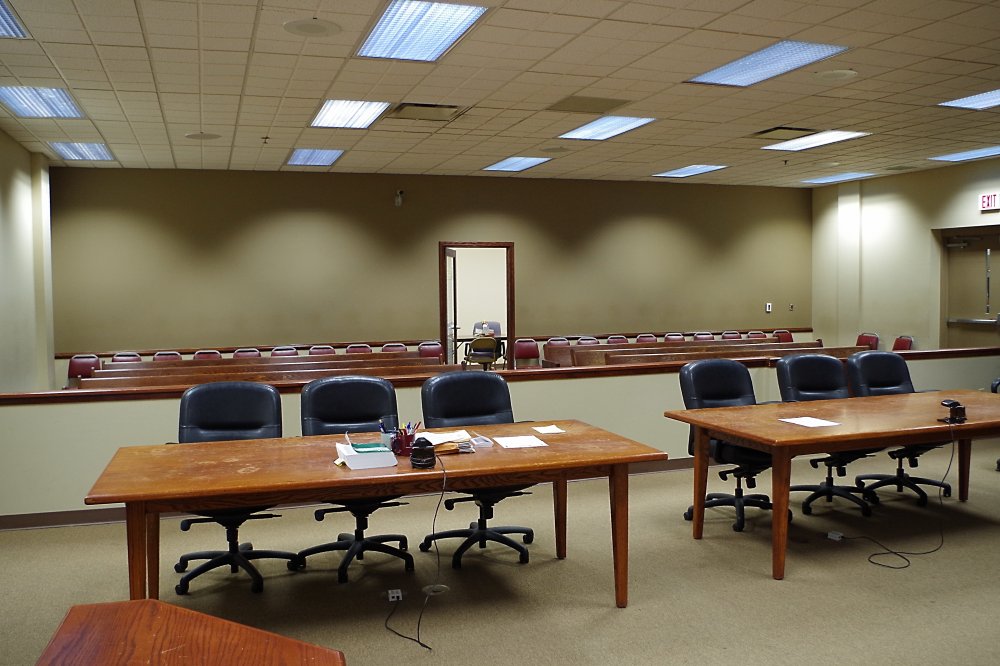 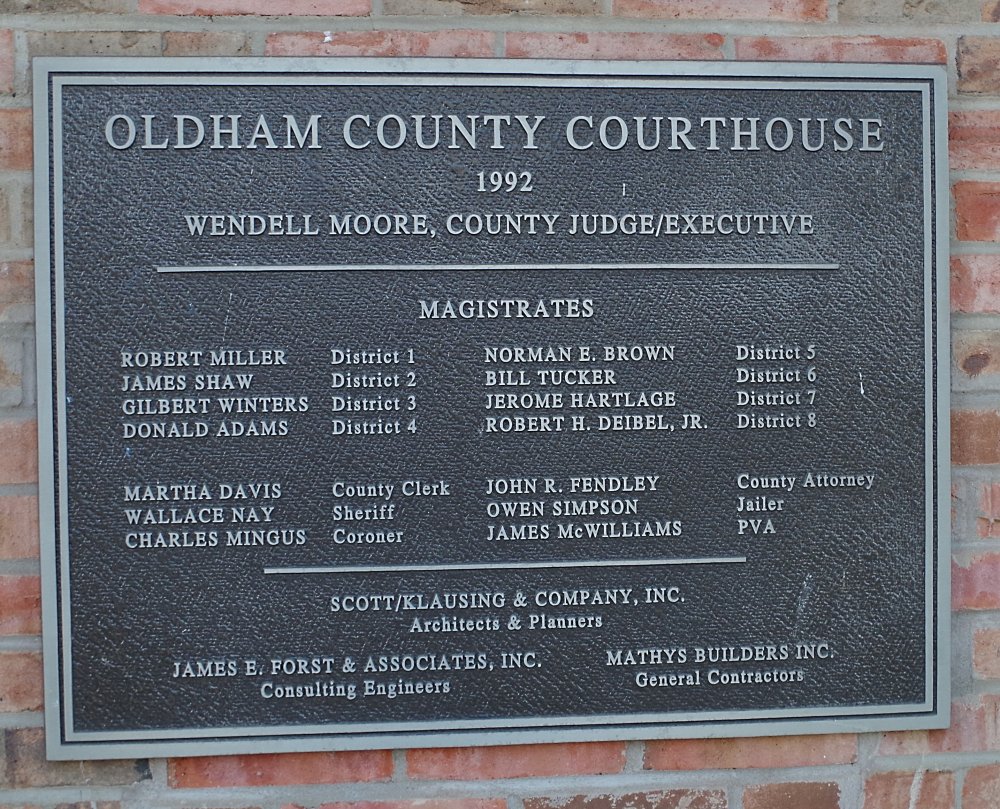 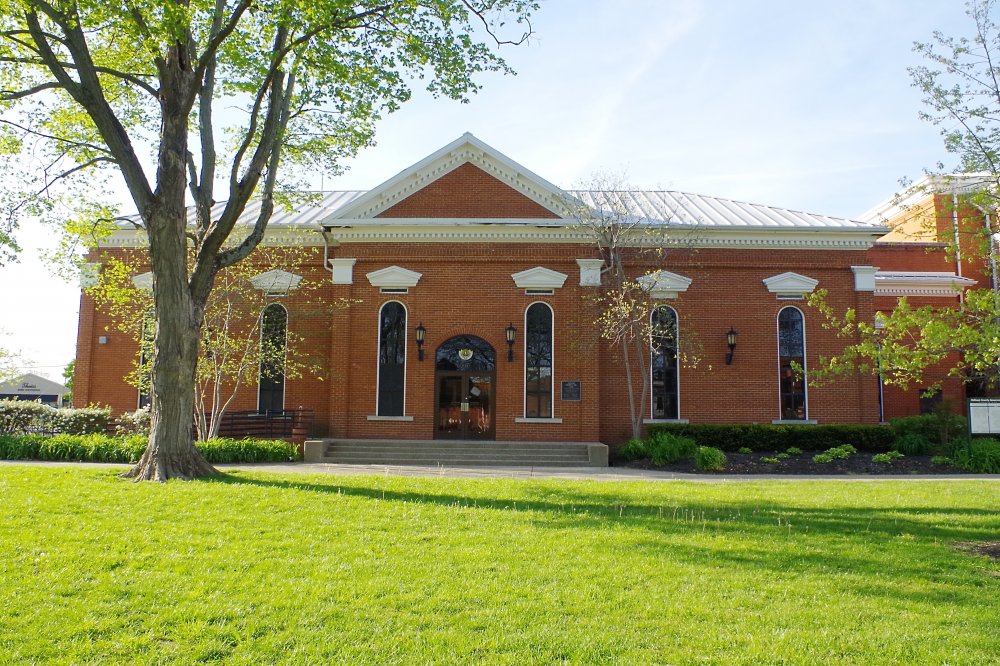