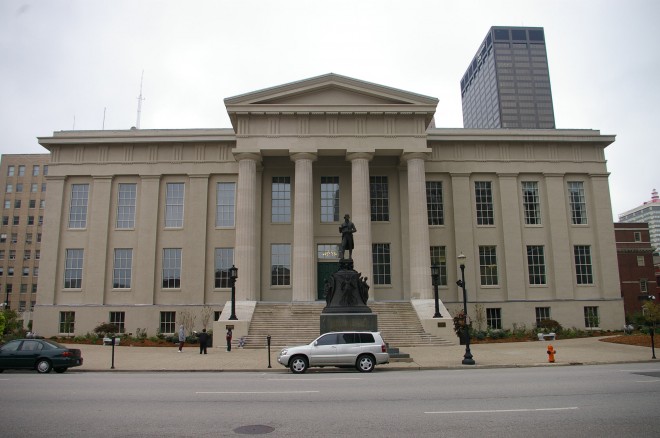 Note:  Shortly after construction began, Shryock was either fired or left the project. In financially tough times, construction stalled. The building was only partially finished when the city and county governments took up occupancy in 1842. The courthouse stood unfinished until 1858, when construction was taken over by Albert Fink, a bridge designer and engineer for the L&N Railroad.

See:  The architect, Gideon Shryock  of Louisville, designed the courthouse in Franklin County. 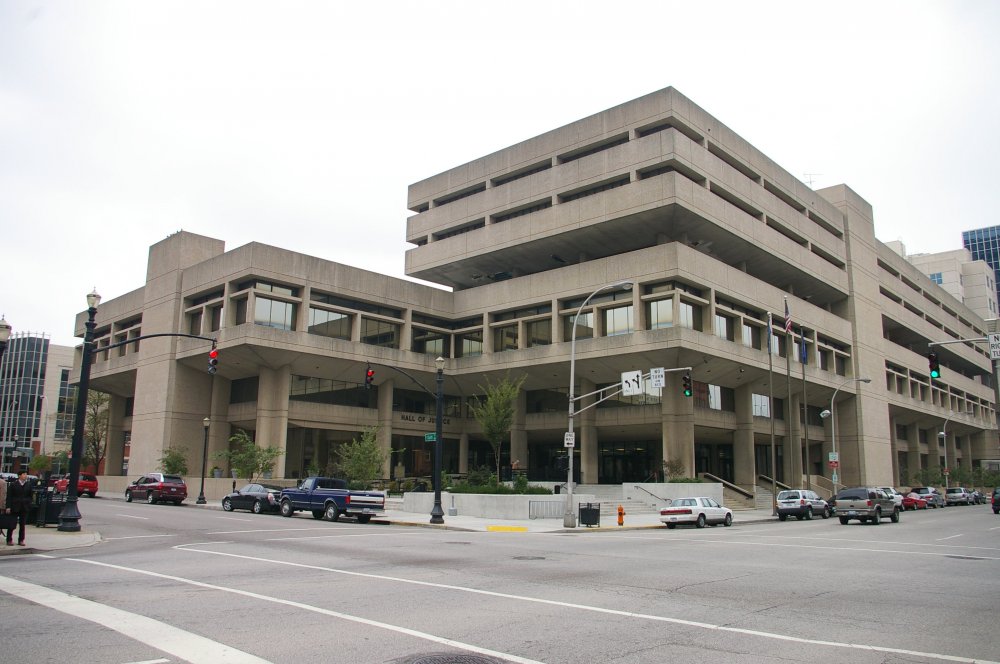 Description:  The building faces north and is a five story concrete and glass structure.  The main entrance is located at the northeast corner. Vertical concrete pillars support the horizontal projecting stories with horizontal windows. The north section rises higher than the south section. The roof line is flat. The building is named as the Louis D Brandeis Hall of Justice. 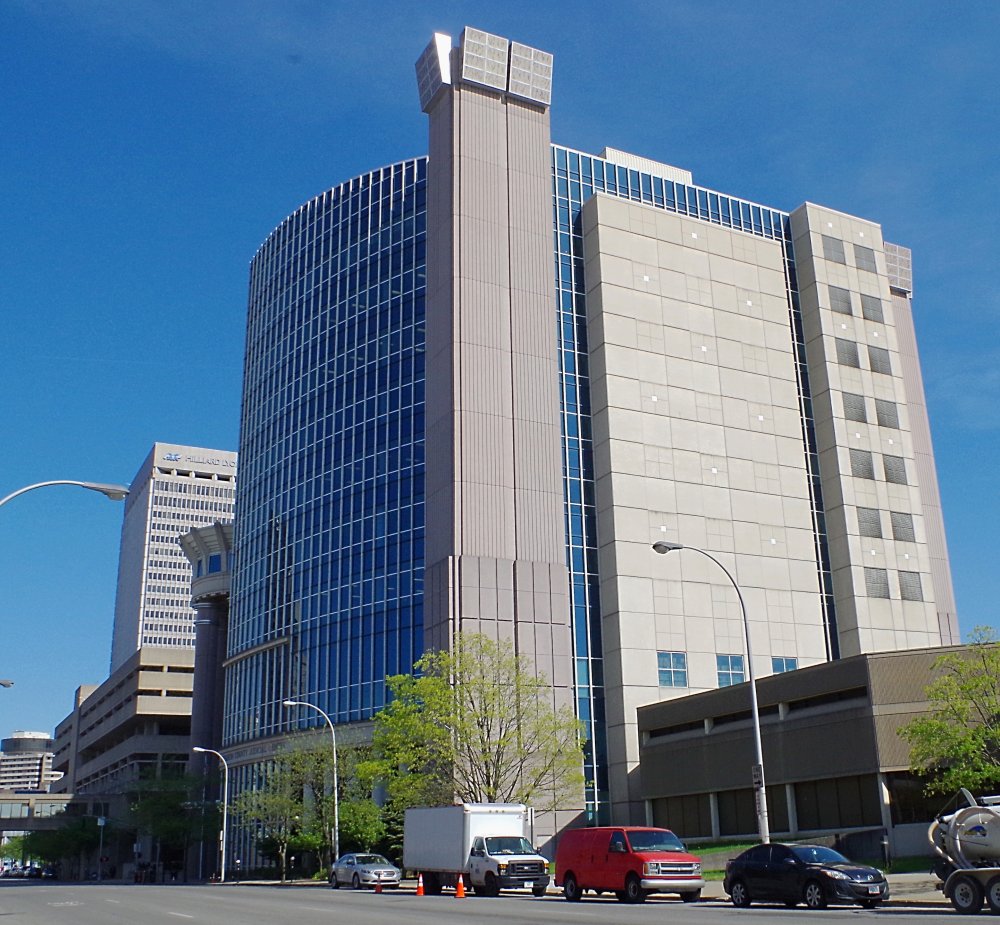 Description:  The building faces north and is a ten story concrete and glass structure.  The main entrance is located at the northeast corner with six high columns rising to a circular section at the sixth story. The entrance is recessed. The north side of the building is curved blue colored glass. A high concrete tower rises on the northwest corner. The roof line is flat.  The building is connected to the Hall of Justice on the east side. 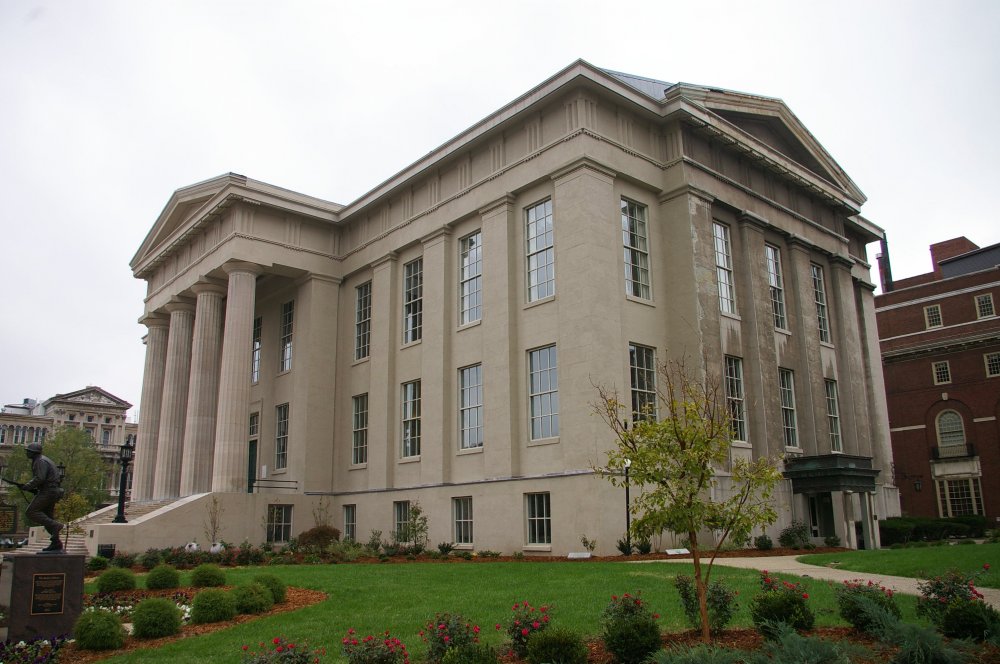 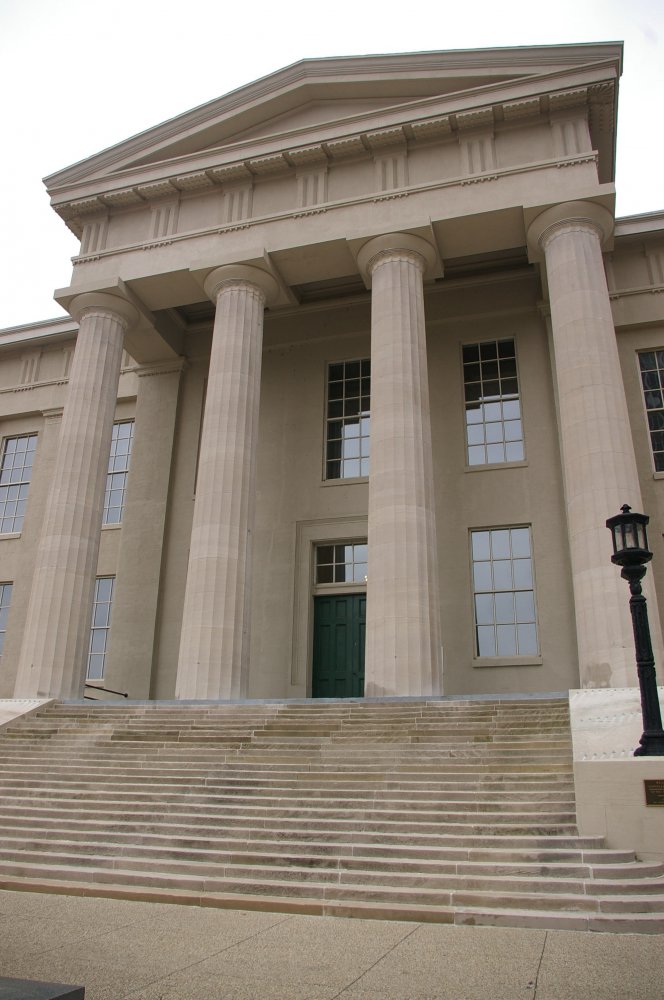 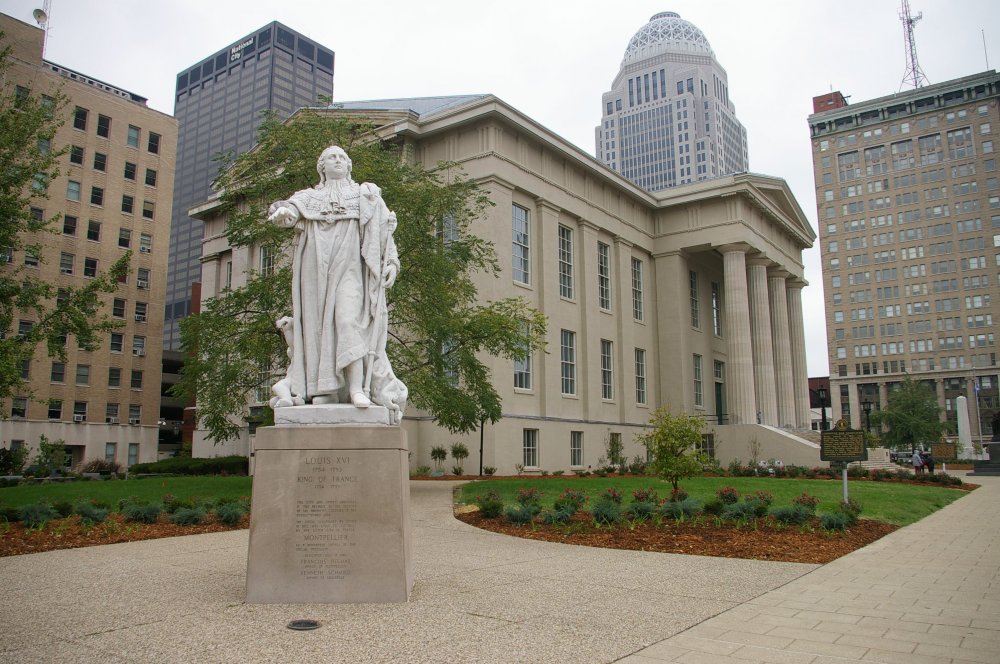 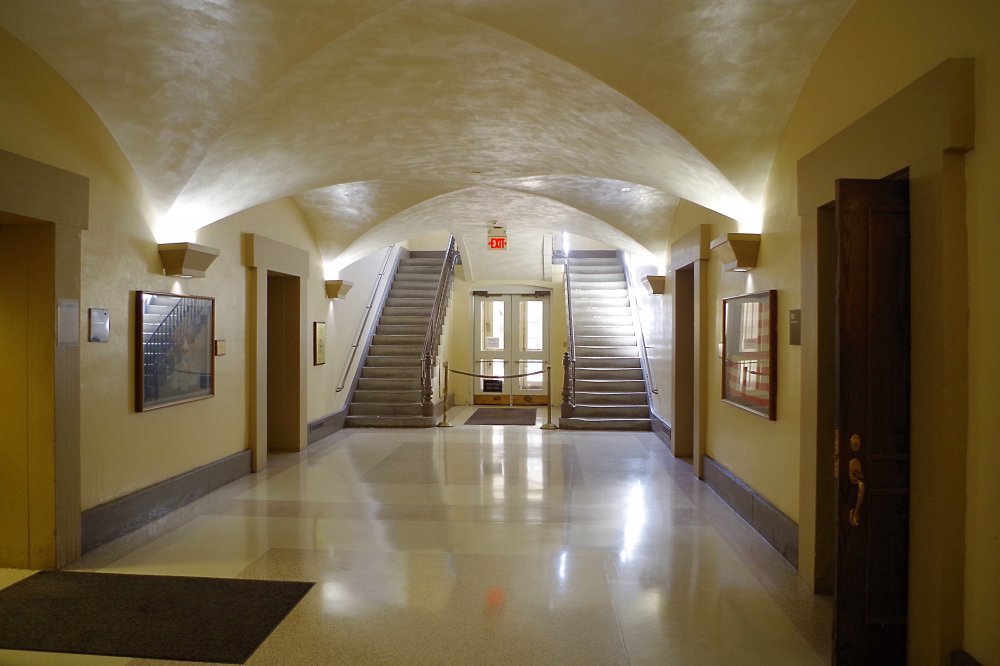 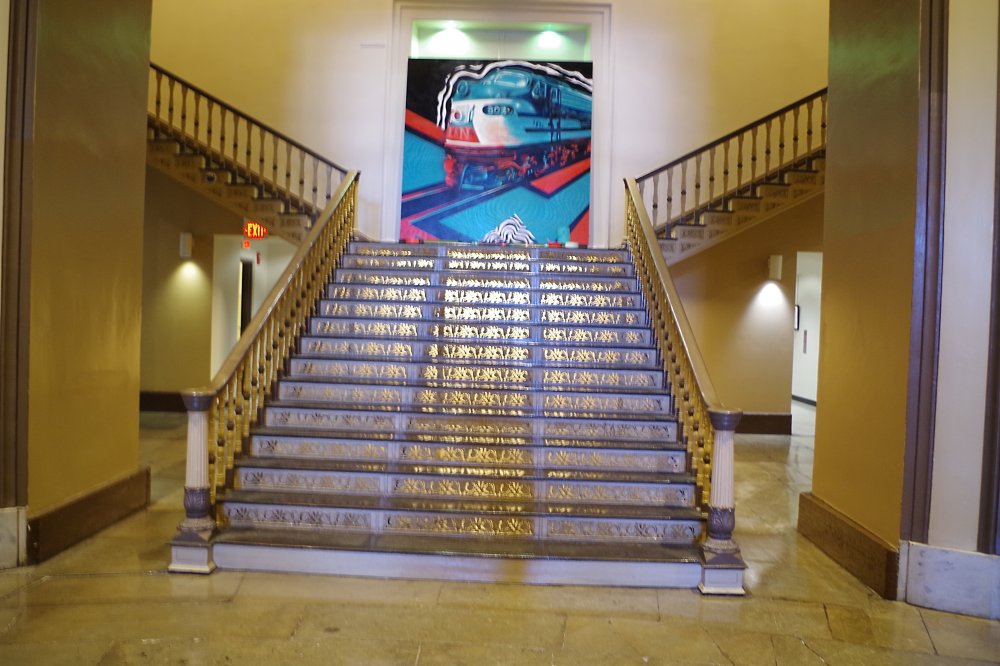 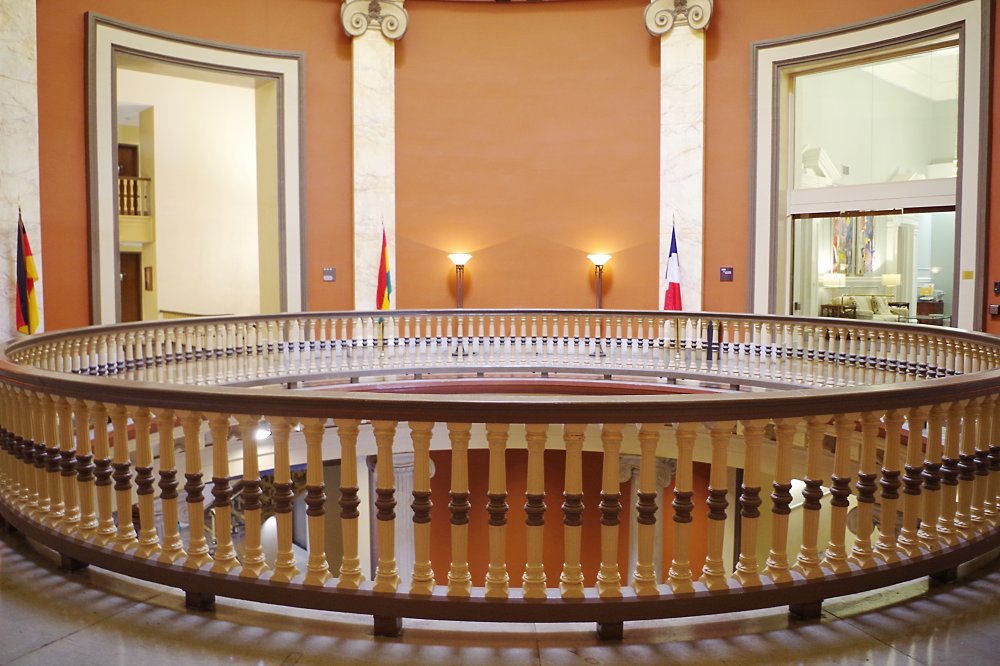 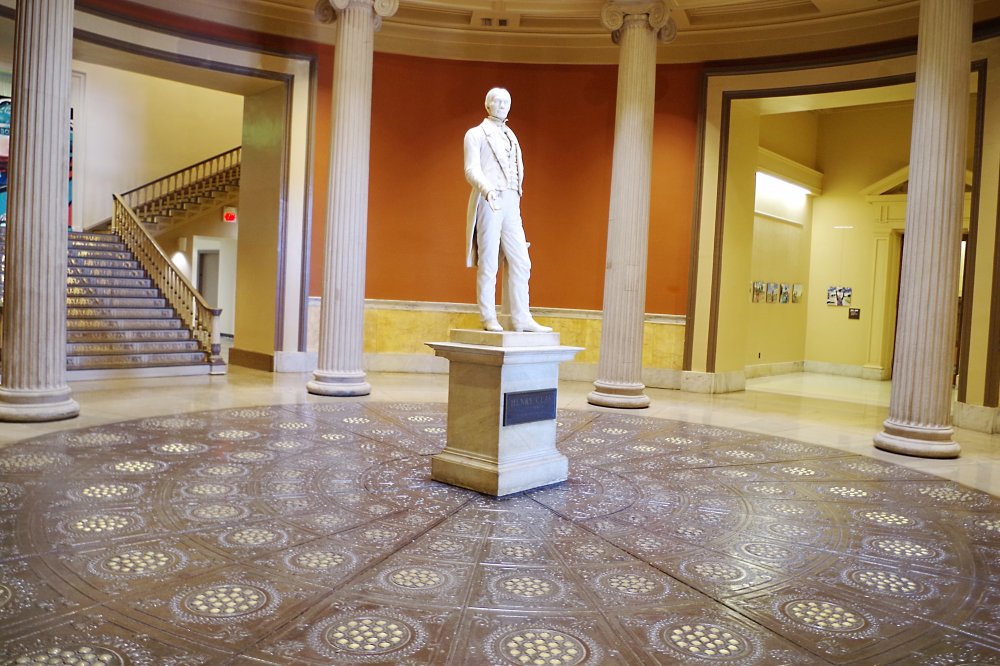