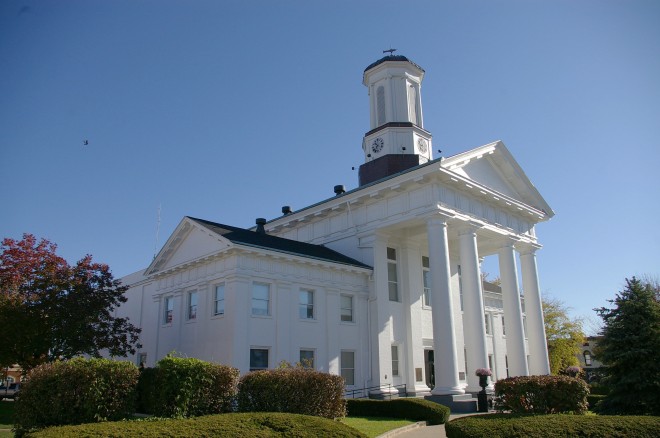 Madison County is named for James Madison, who was the President of the United states from 1809 to 1817. 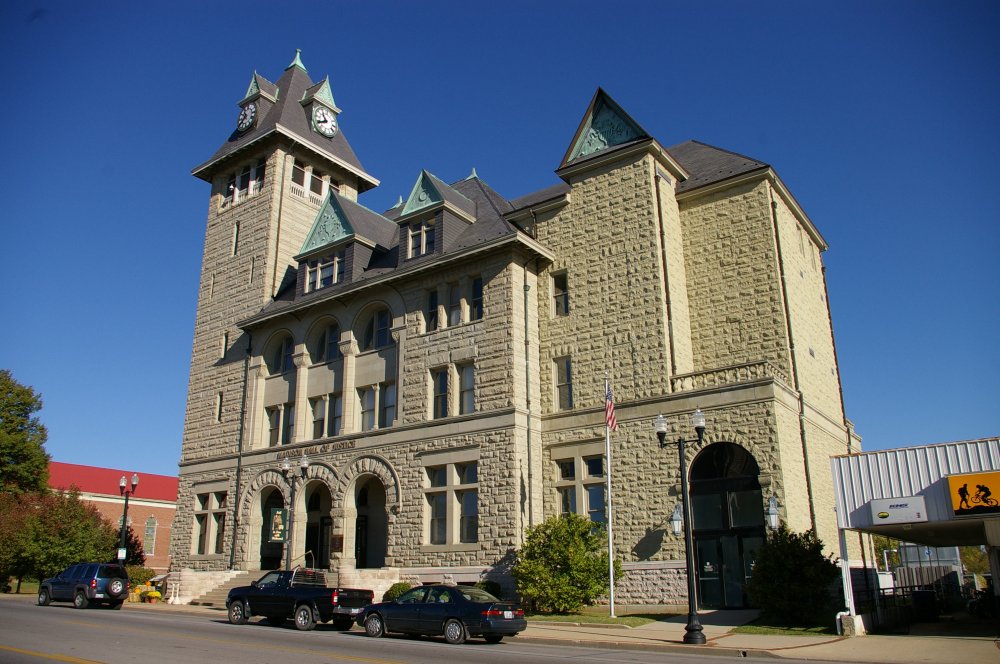 Description:  The building faces south and is a four story stone structure. The building was completed as a Federal Building containing the Post Office. The exterior of the building is faced with smooth and rusticated ashlar-cut stone from Rockcastle County. A tall tower on the left side consists of an open belfry with clock-faced dormers projecting from its steeply pitched pyramidal roof and an interior stairwell with randomly spaced, narrow vertical windows. The gable roof, also steeply pitched, contains two gable dormers on the main facade that contain ornamental copper inserts. Four engaged octagonal columns with Byzantine-like capitals extend asymmetrically across the second and third stories to support large arches. Three Romanesque arches on the first story emphasize the entrance beneath them. The finely carved stone piers with human-masked and foliated capitals represent typical features of the Romanesque Revival style. The building became the Richmond City Hall in 1970 and was converted into a courthouse in 1999. 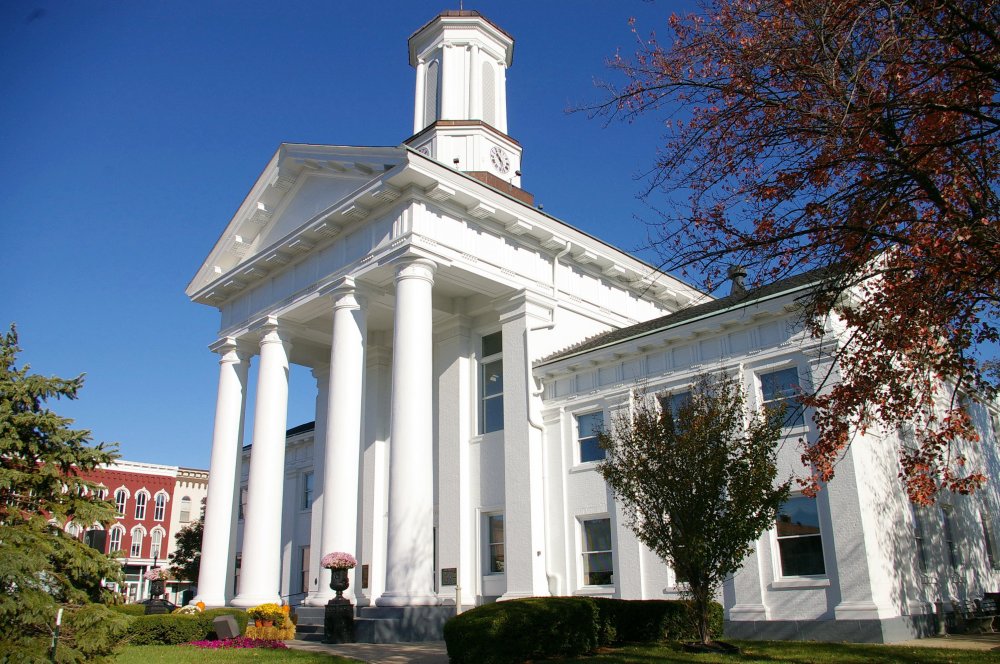 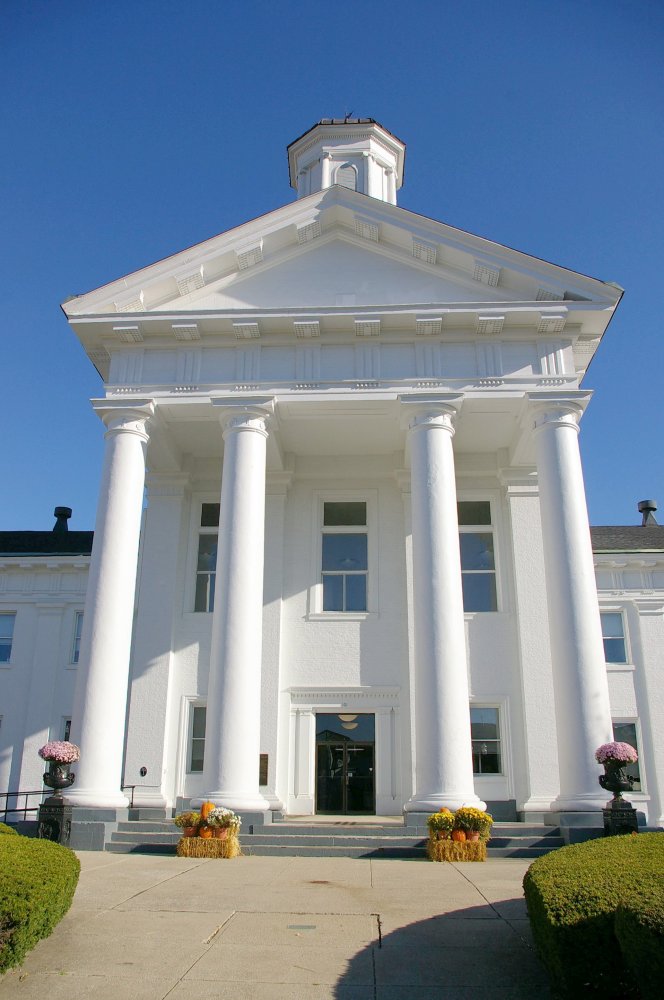 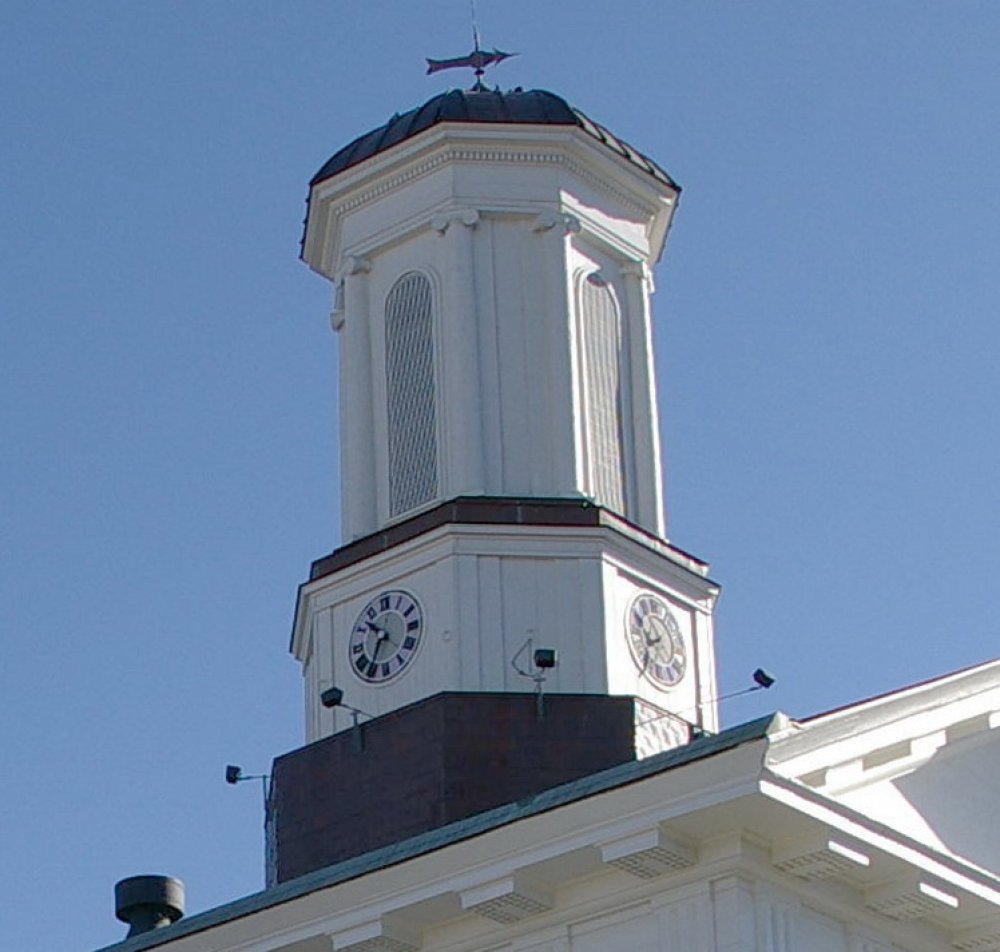 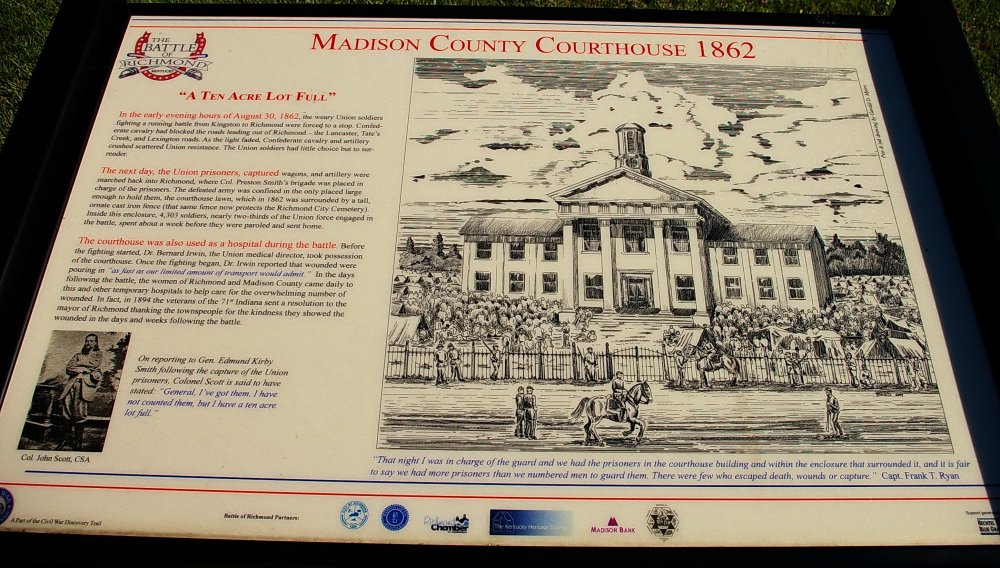 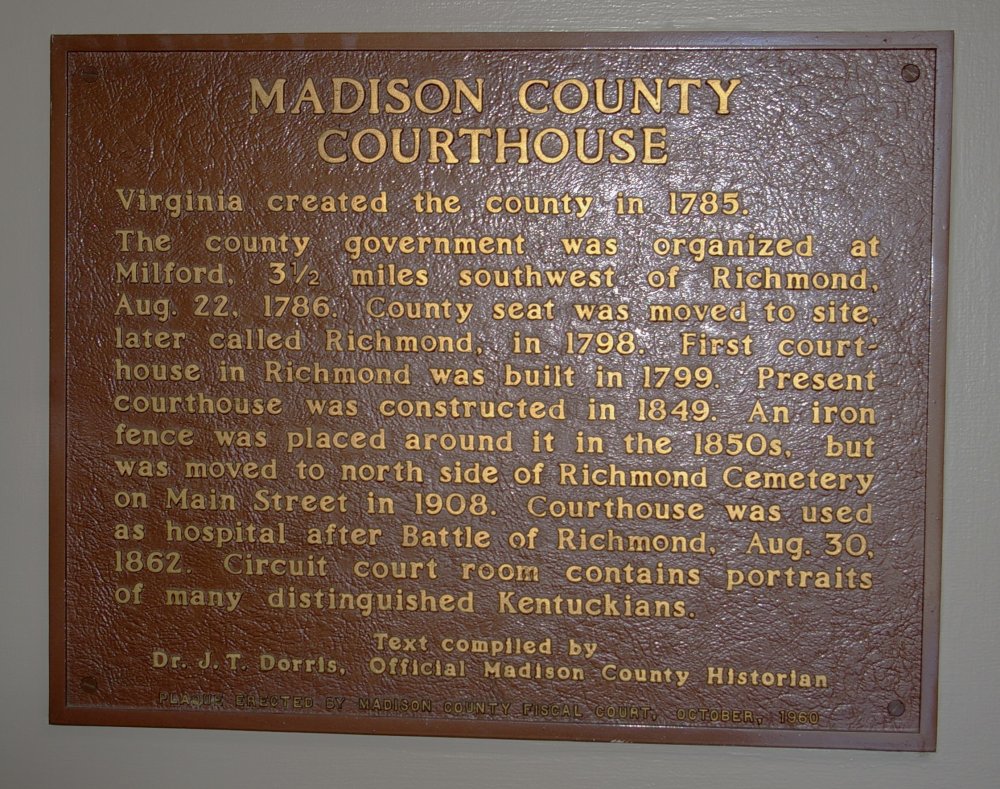 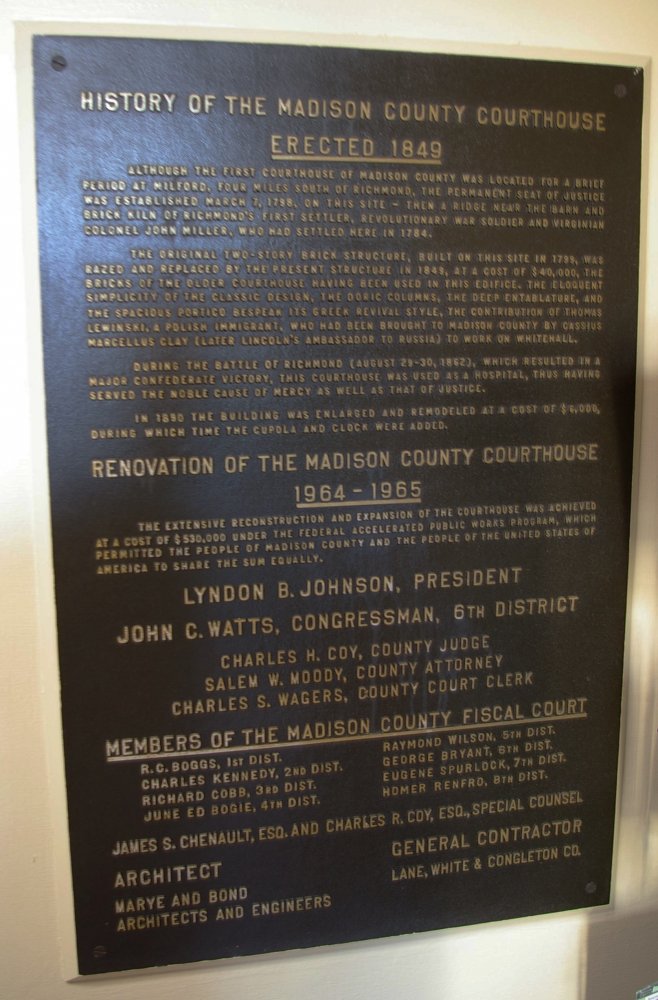 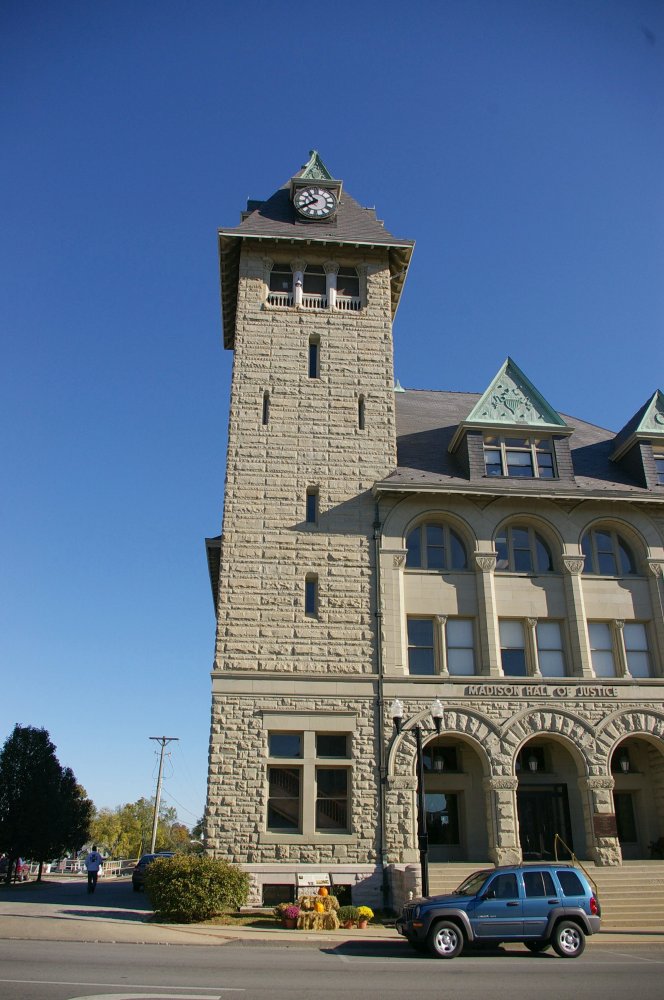 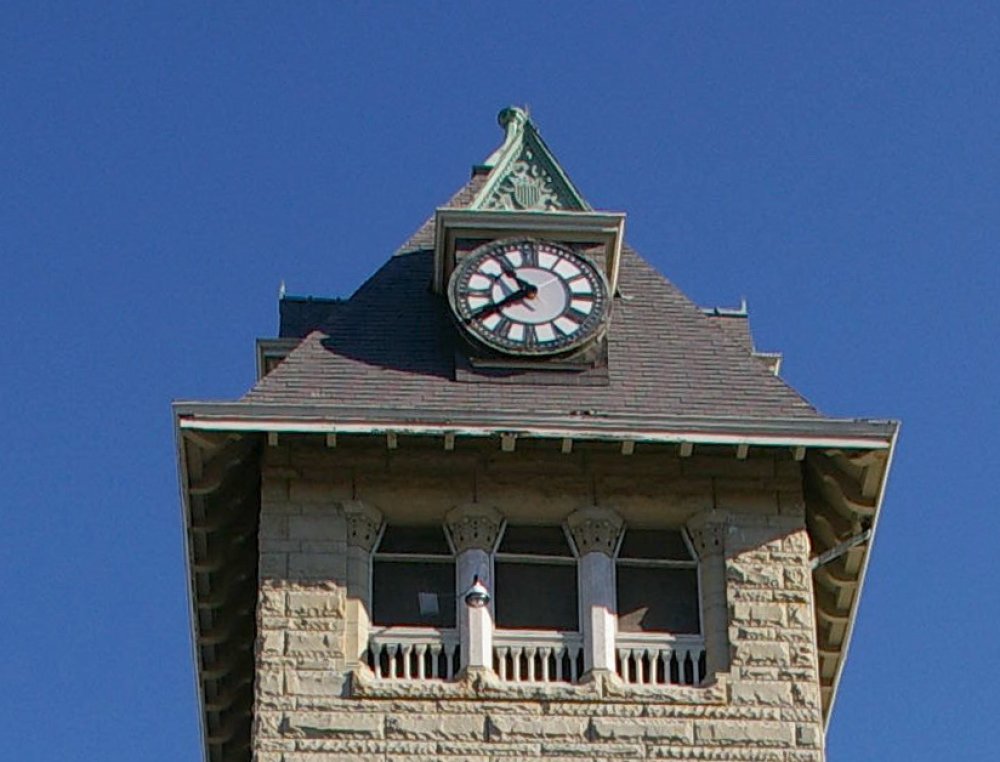 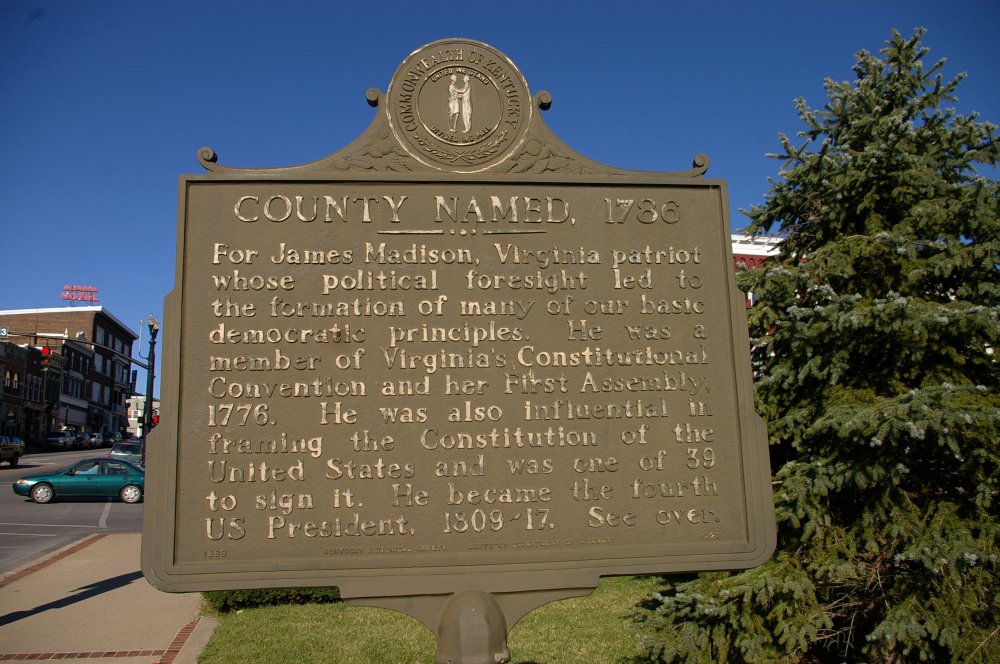