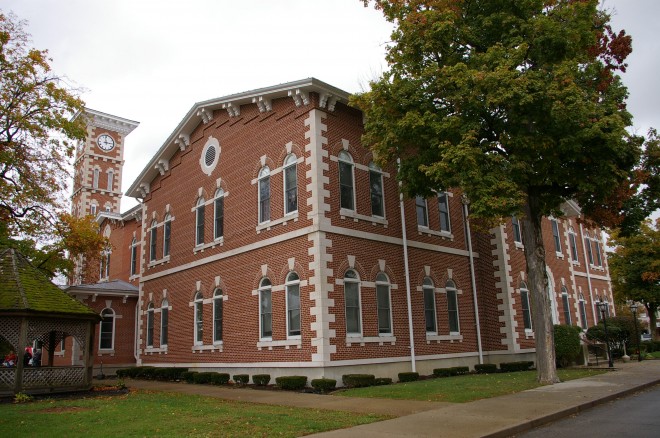 Morgan County is named for Daniel Morgan, who defeated the British at the Battle of Cowpens during the American Revolutionary War. 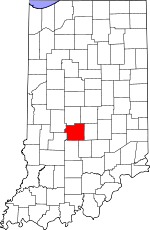 Description:  The building faces south and is a two story red colored brick and stone structure. The building  is located on landscaped grounds in the center of Martinsville. At the south front is a high square red brick clock tower. The entrance is a one story extension from the main building. The east section is higher with a peaked roof. White colored stone trim adorns the corners. The interior of the courthouse has two functional stories, with a third level located in the center, opposite the vaulted ceiling of the second floor courtroom. In the south stairwell area, several original features have been preserved. The paired windows retain their archivolt moldings which spring from inverted bell-shaped corbels. On the second story, the original county courtroom occupies the western half of the original building, with new half-oval plan courtrooms facing each other but divided by an east-west hall in the 1975-76 addition. The judge’s bench, jury box, and other fixtures have been replaced, but the room retains its two story tall volume and tall, narrow Italianate window openings. The oculus with square paned stained glass is original as well. Walls have a plain coved treatment at the ceiling juncture. A balcony was added across the back of the courtroom in 1895, but it is now closed for use due to structural insufficiency. The building houses the County Circuit Court and the County Superior Court of the 16th Judicial District. Additions were added in 1895, 1912, 1934, 1956 and 1976. On the east side of the courthouse is the County Annex designed by Louis H Sullivan in 1915 and operated as the Toner Store.

History:  The county was created in 1821 and Martinsville was selected as the county seat in 1822. The first court met at the home of Jacob Cutler until the first courthouse, a log structure, was erected in 1824. The second courthouse was a brick structure built by Giles B Mitchell 1834 at a cost of $2,500. The third and present courthouse was constructed in 1857 to 1859 at a cost of $32,000 including the jail. 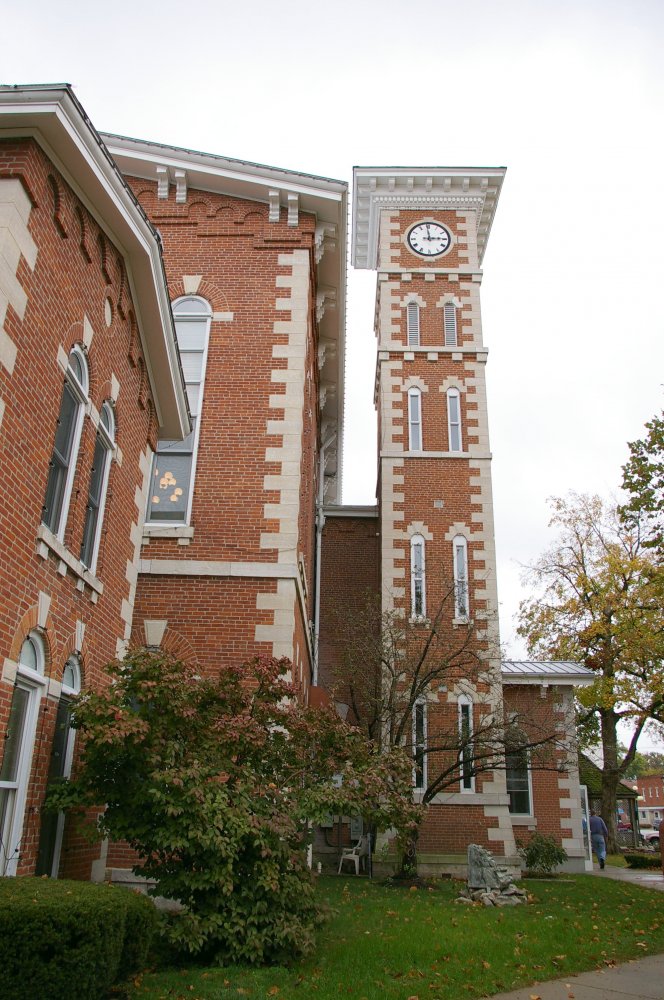 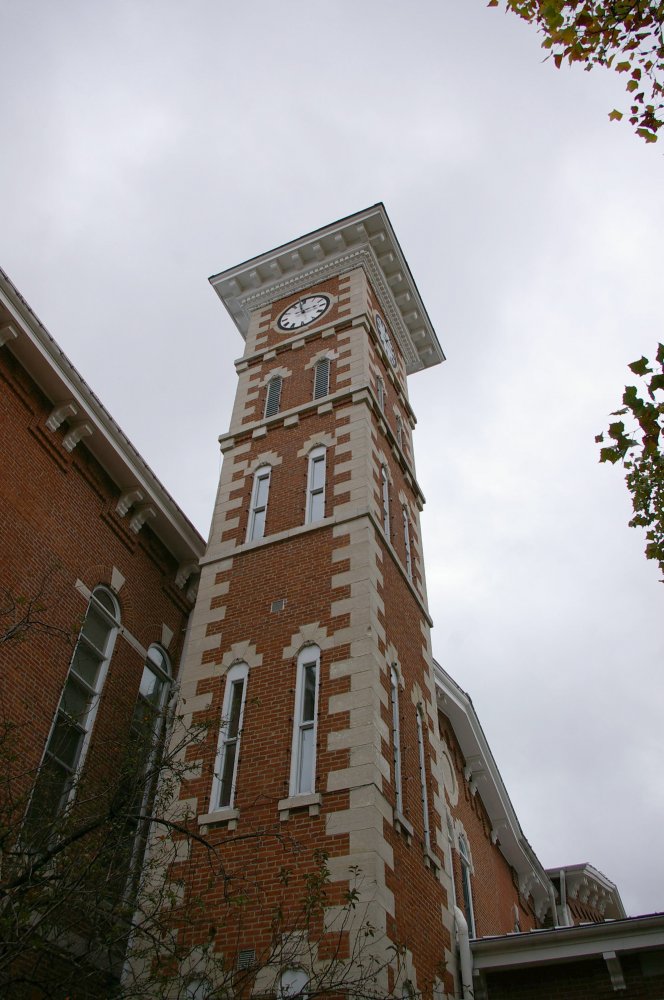 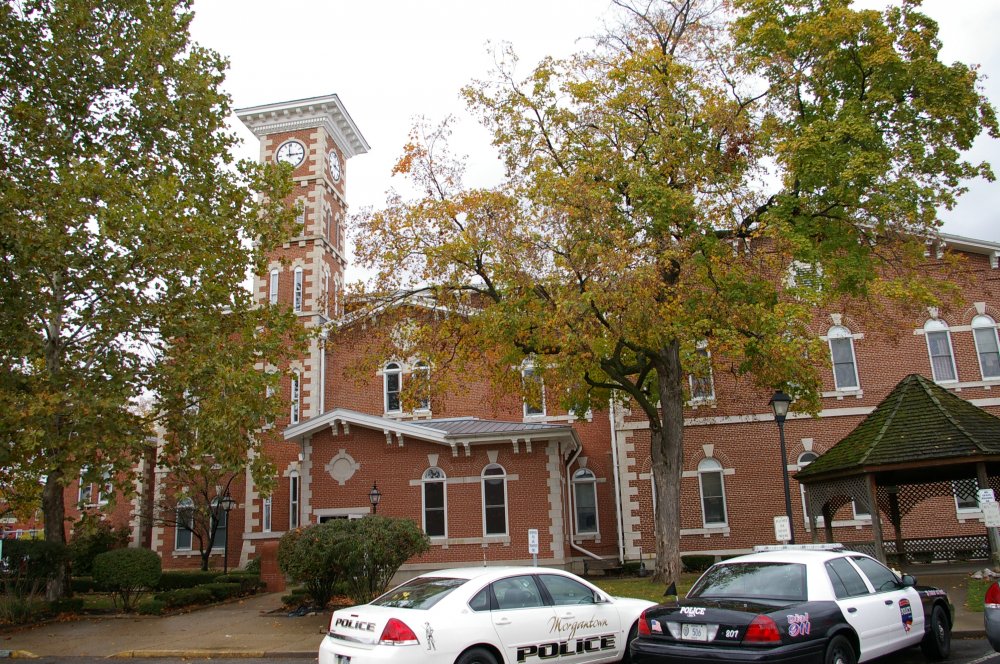 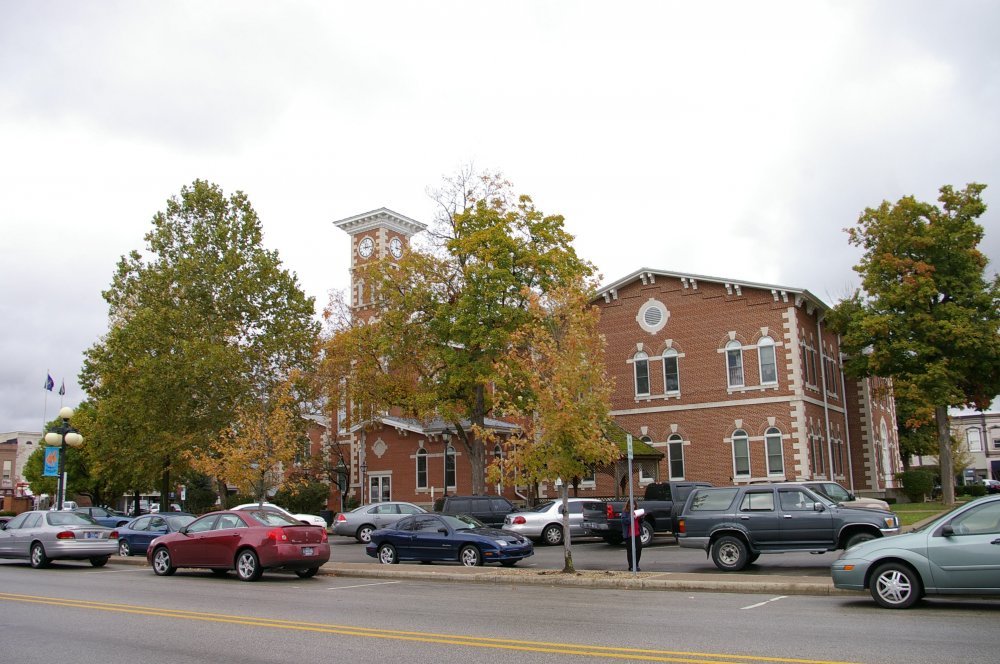 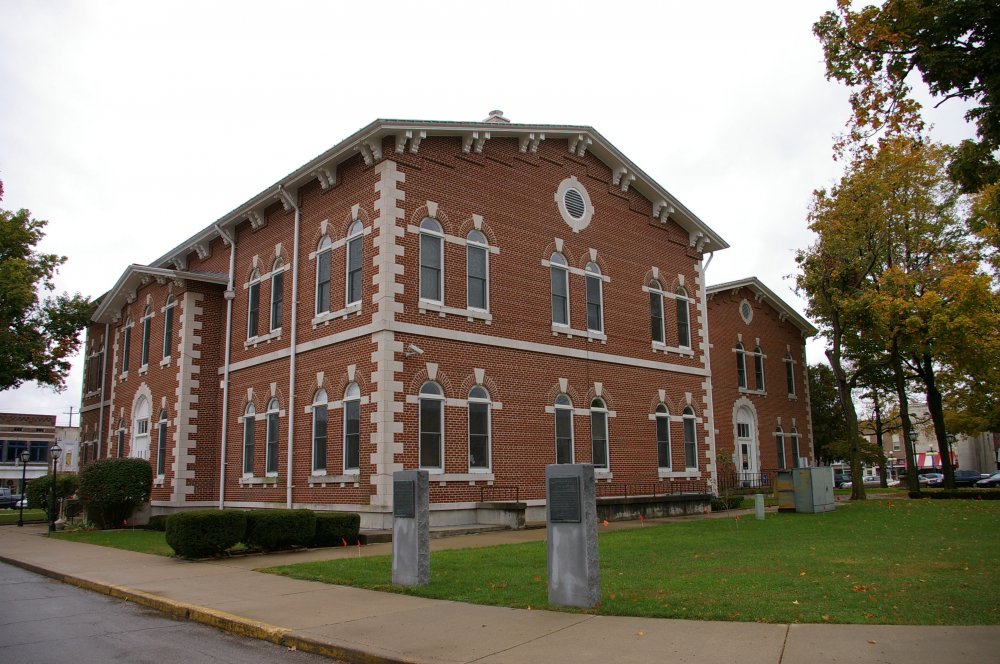 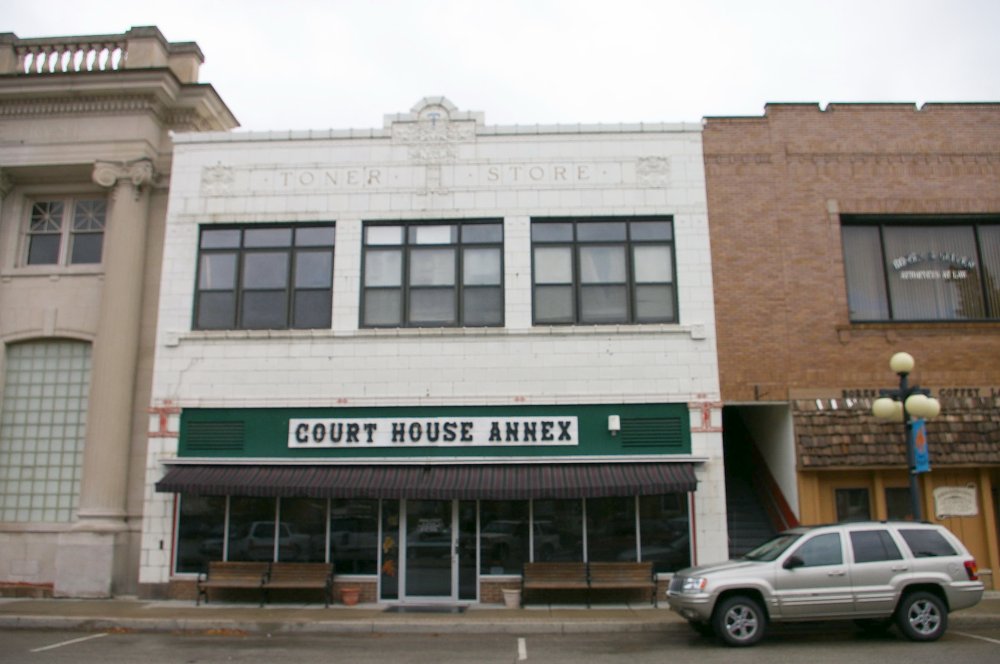