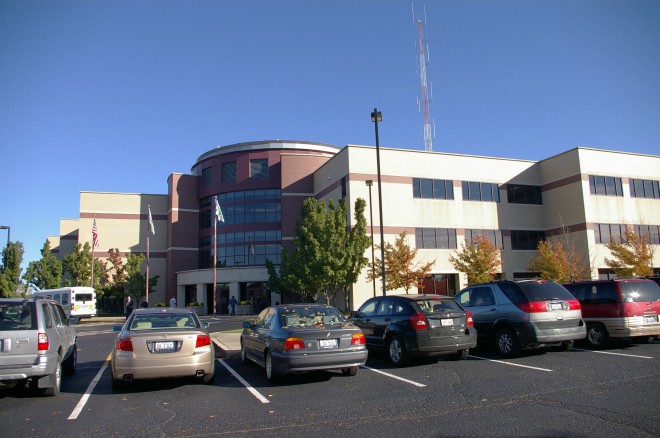 McHenry County is named for General William McHenry, who fought in the War of 1812 and the Black Hawk War, and who served in several General Assemblies. 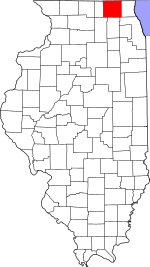 Description: The building faces southwest and is three story brick, concrete and glass structure. The main entrance at the southwest corner has a round four story tower clad with dark red colored facing and flanked by light red colored brick, and with large glass windows on the second and third stories. The rest of the building is a sand colored brick, with windows grouped between solid wall space. Horizontal light red colored bands define each story. The building was expanded in 1990. The architect was Legat Architects and HOK and the project manager was Jerome E Olsen. 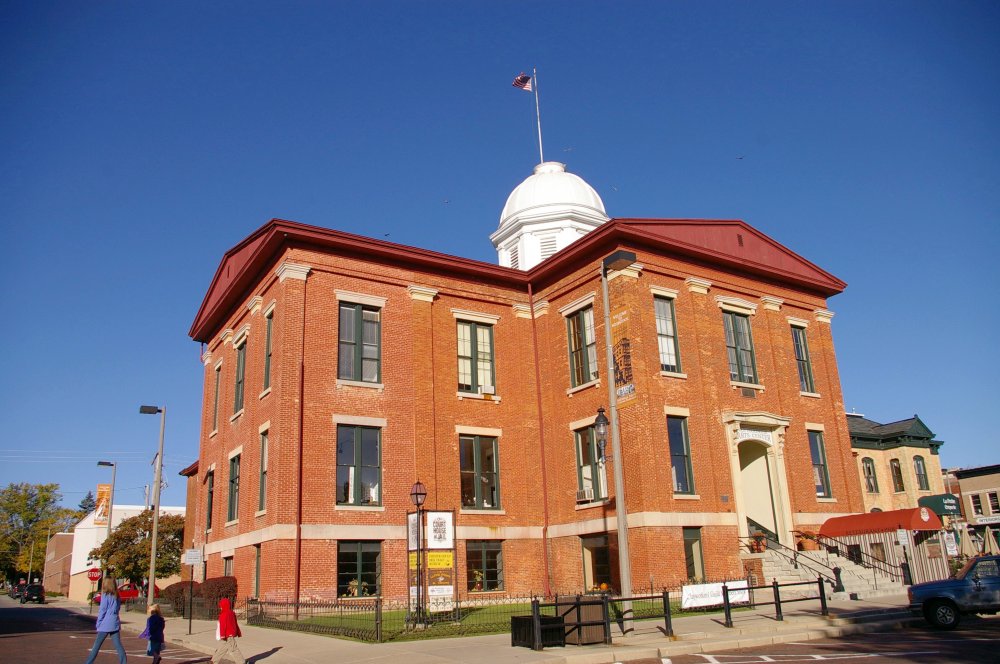 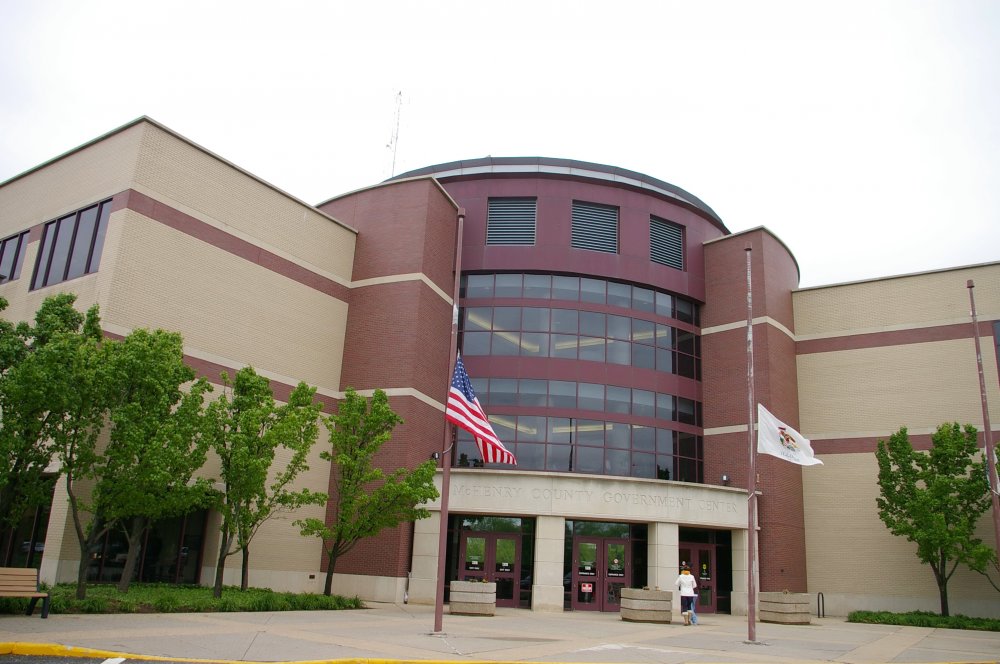 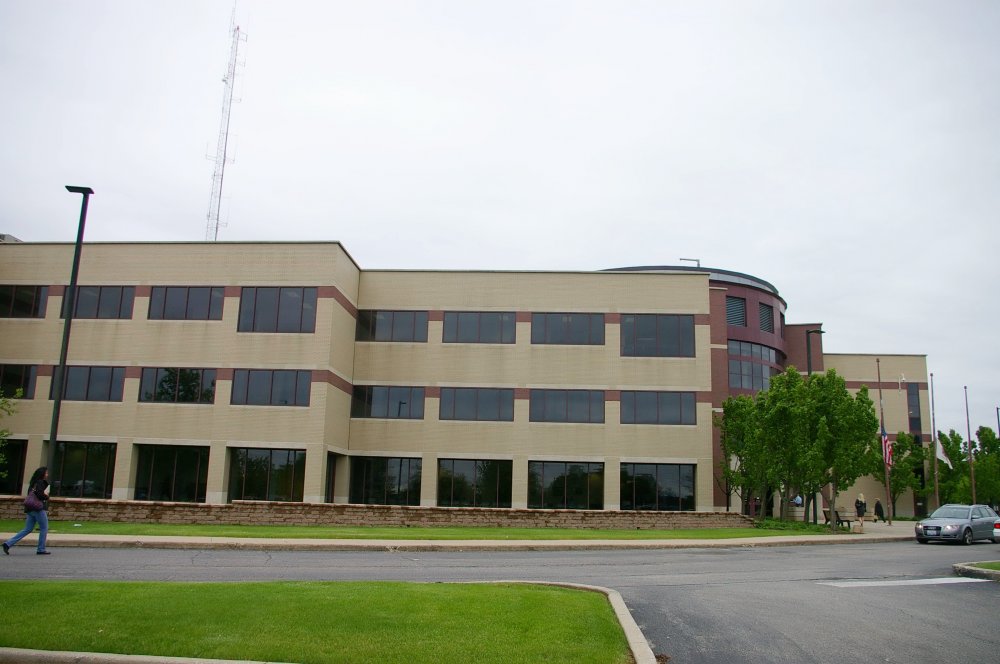 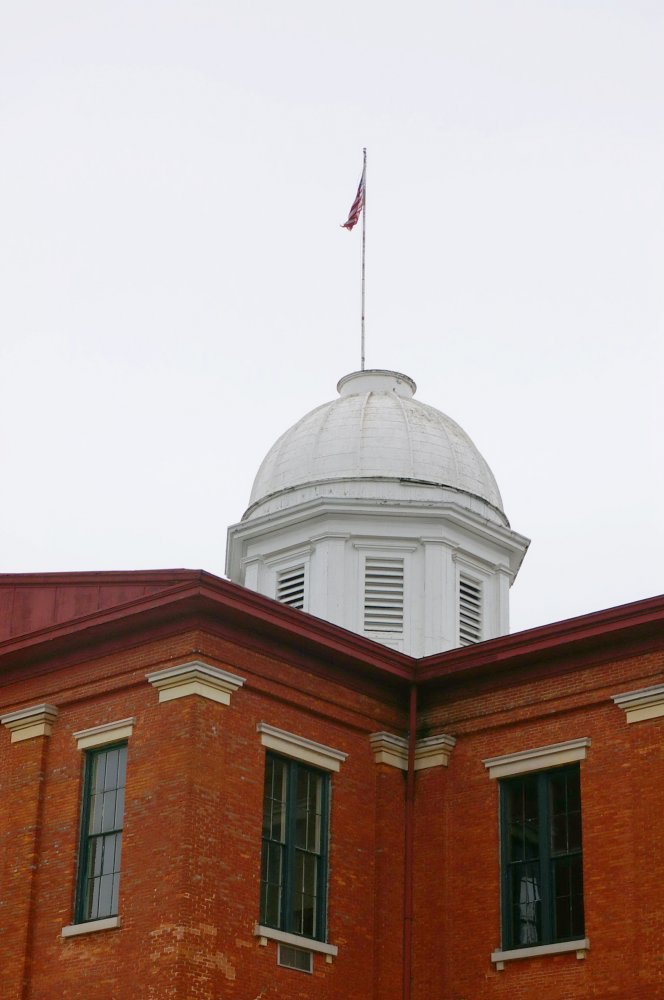 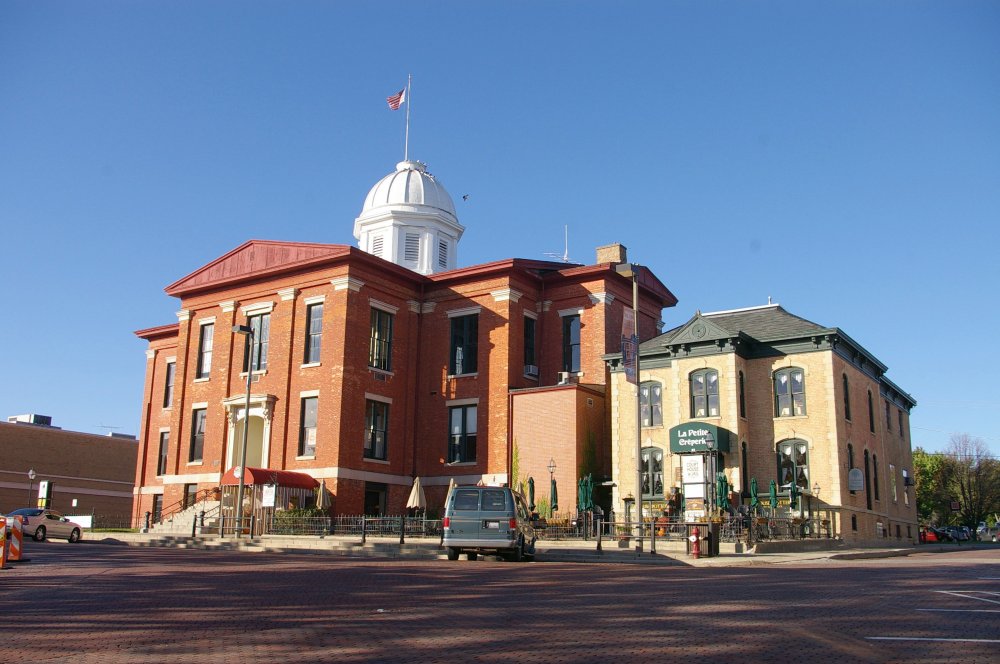