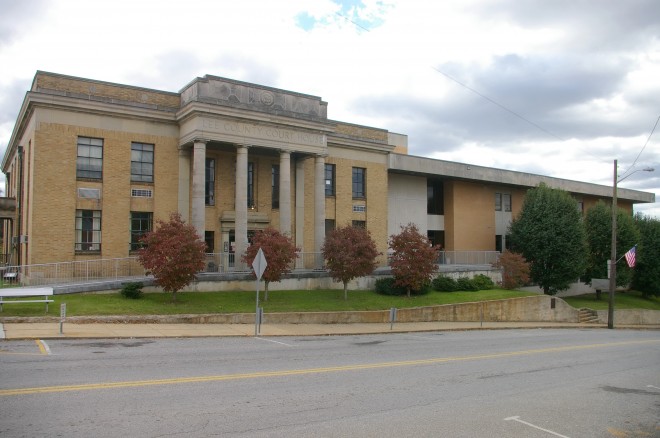 Lee County is named for Light Horse Harry Lee, who was a Revolutionary War general and a governor of Virginia.

Description:  The building faces north and is a two story buff colored brick and concrete structure. The building is located on landscaped grounds in the center of Jonesville. The north front has a portico with four columns rising to a wide header at the roof line.  There is a small portico on the east side. A wide belt runs bellow the roof line with a cornice. The roof line is flat. The building houses the County Circuit Court, Count General District Court and Juvenile and Domestic Relations Court of the 30th Judicial Circuit. An addition was constructed on the west side in 1978. The addition descends the slope to the west. The architect was Beeson, Lusk & Jones and the contractor was Bob Smith Construction Company. 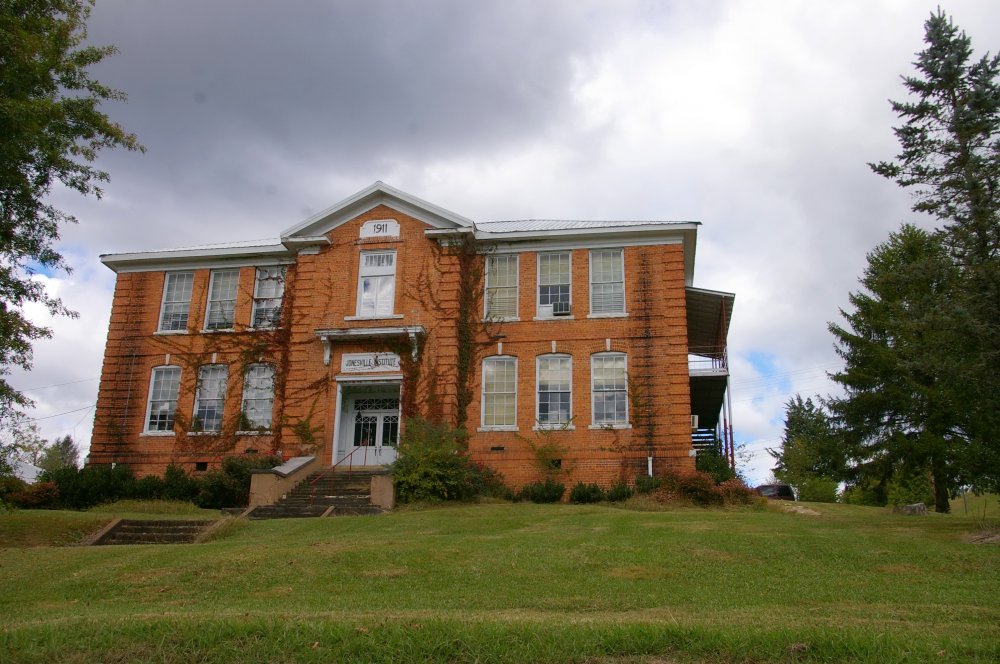 Description:  The building faces south and is a two story red colored brick and concrete structure. The building is located on landscaped grounds of the slope of a hill in the center of Jonesville to the nortwest of the courthouse and was was originally the Jonesville Institute. The south front has a projecting center section with recessed entrance on the first story and large window on the second story. The building sits on the slope of a hill with landscaped grounds. 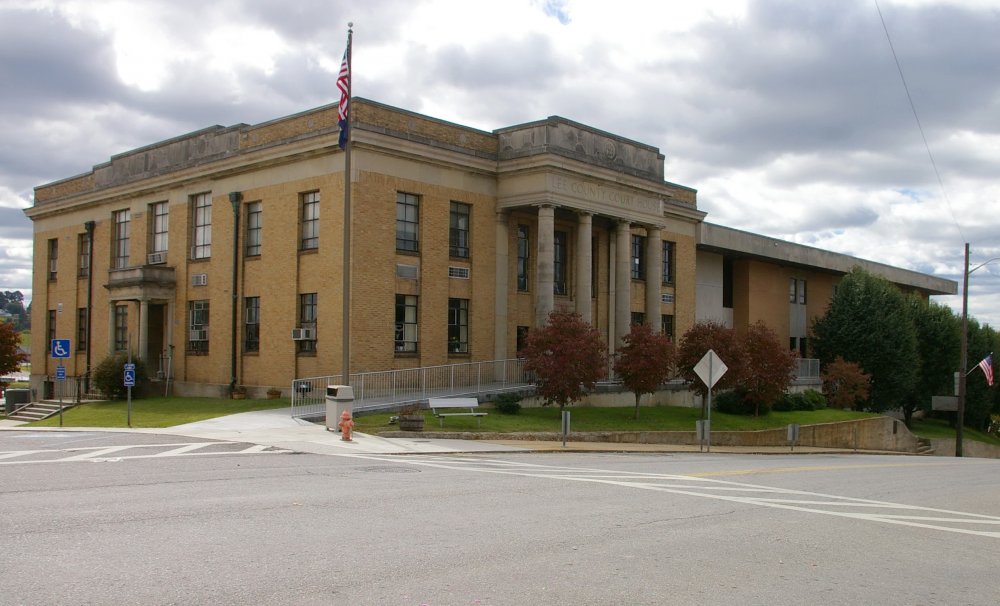 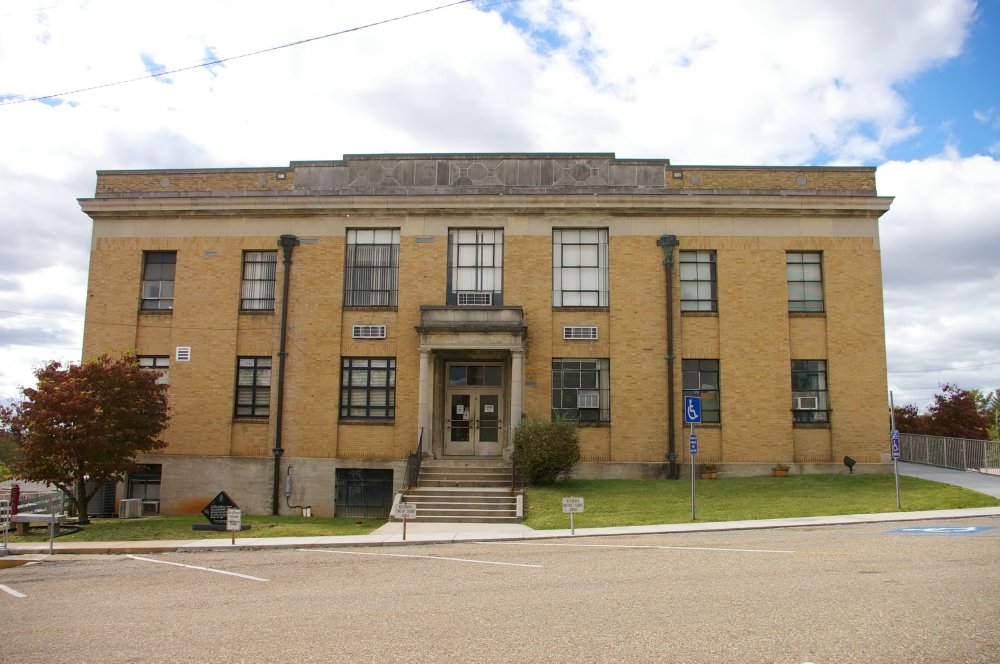 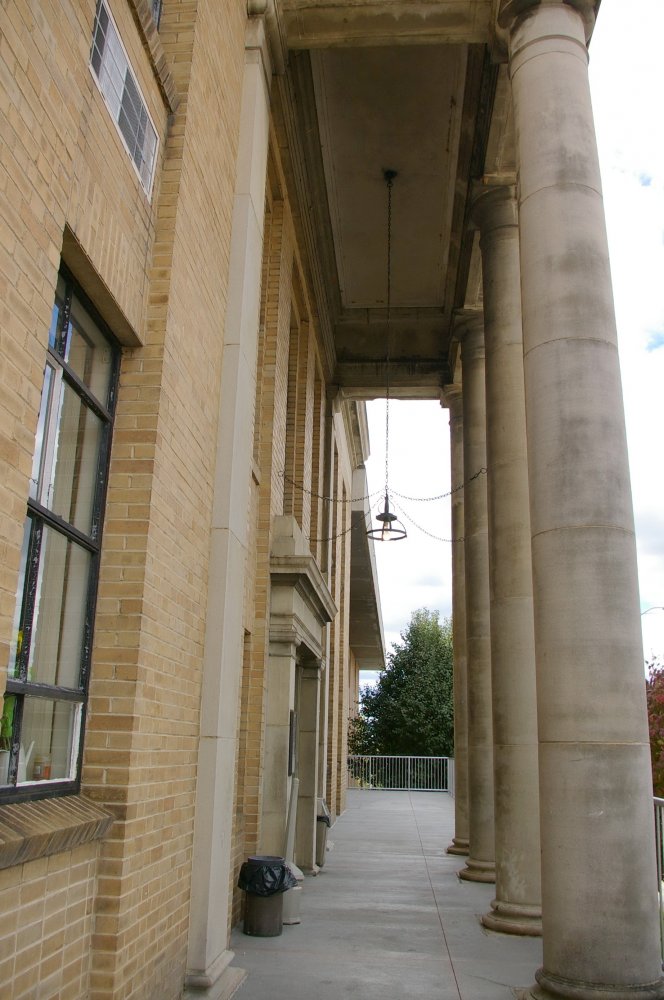 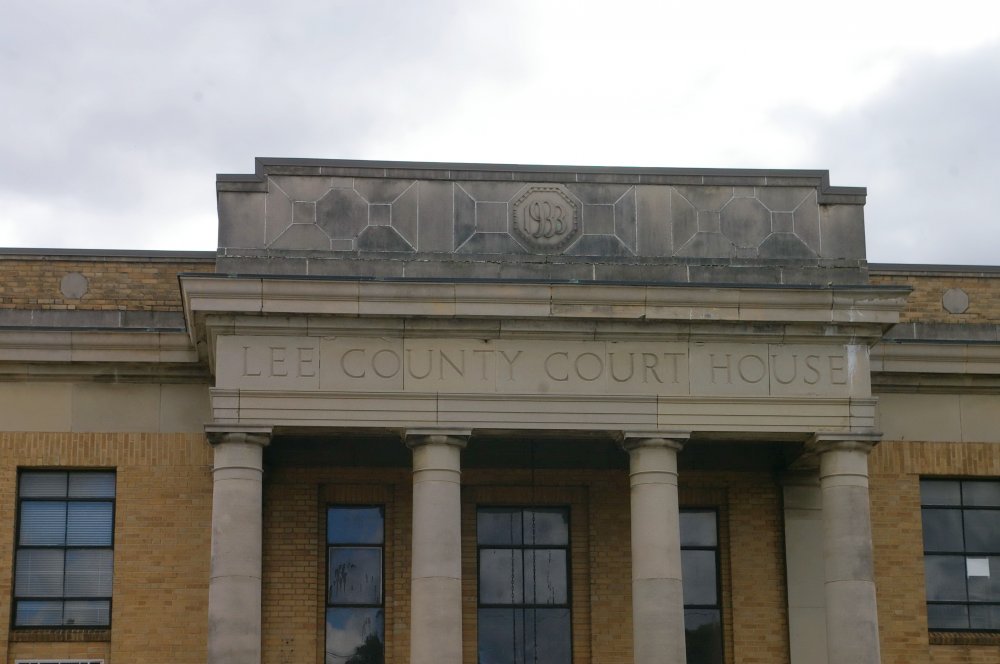 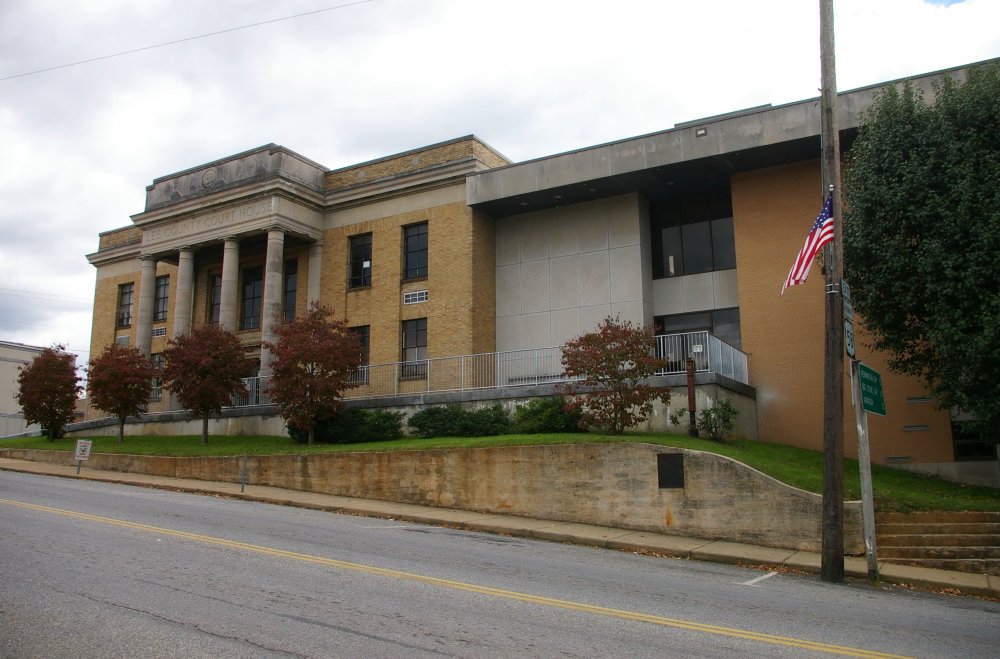 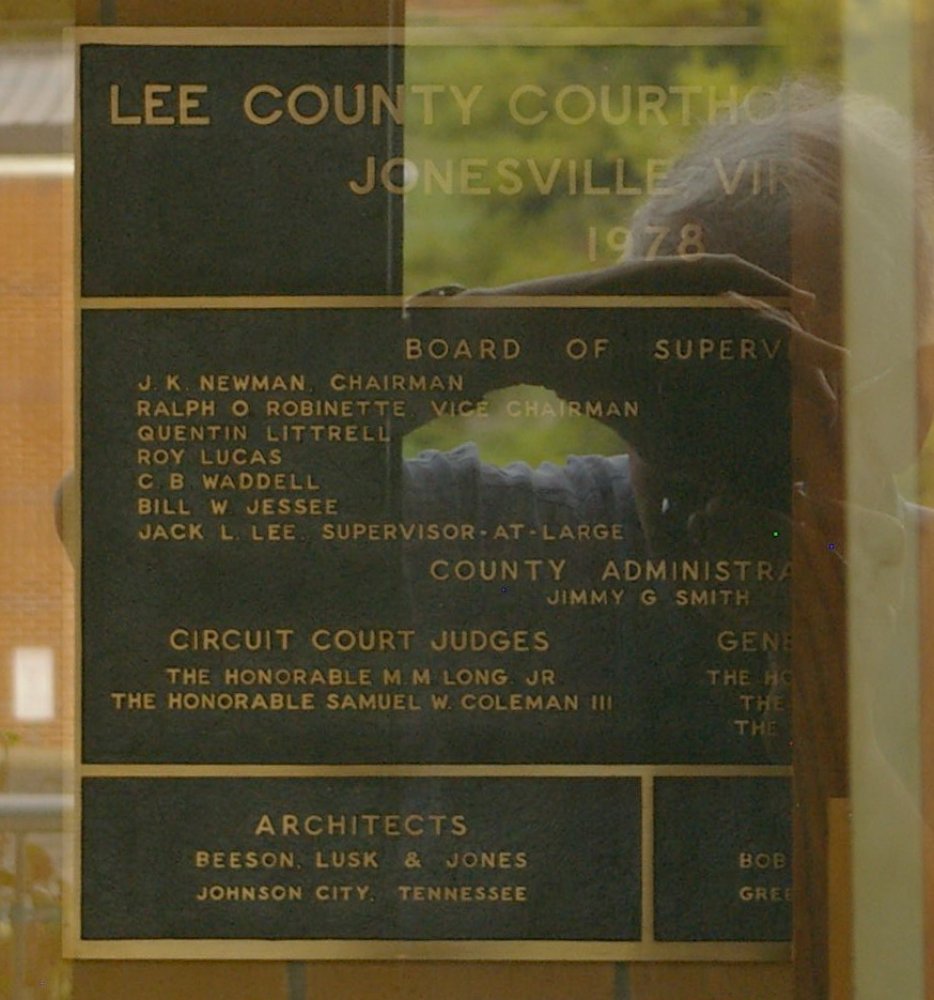 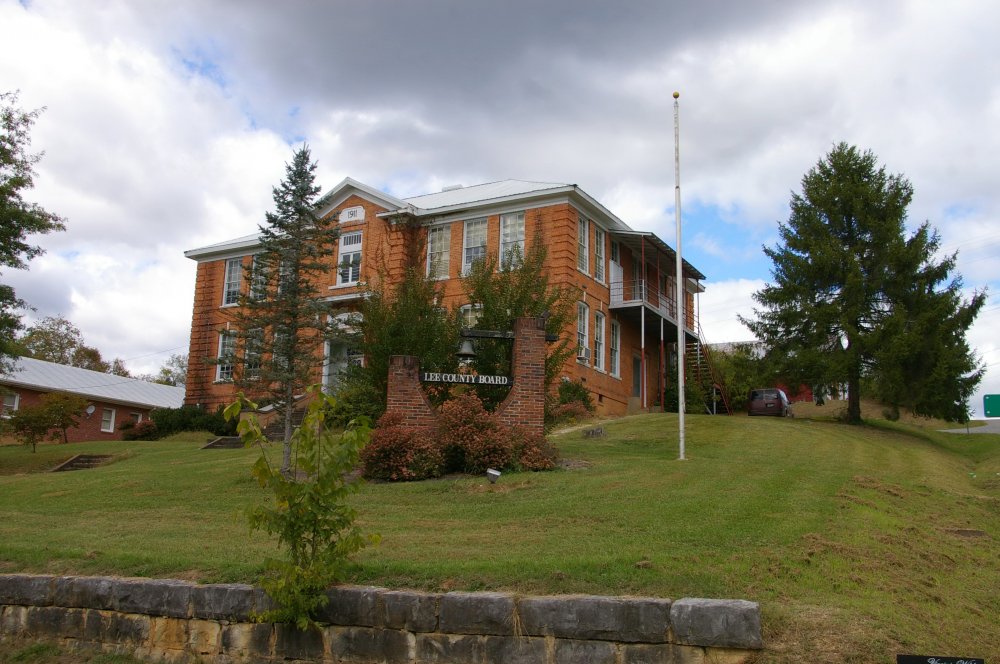 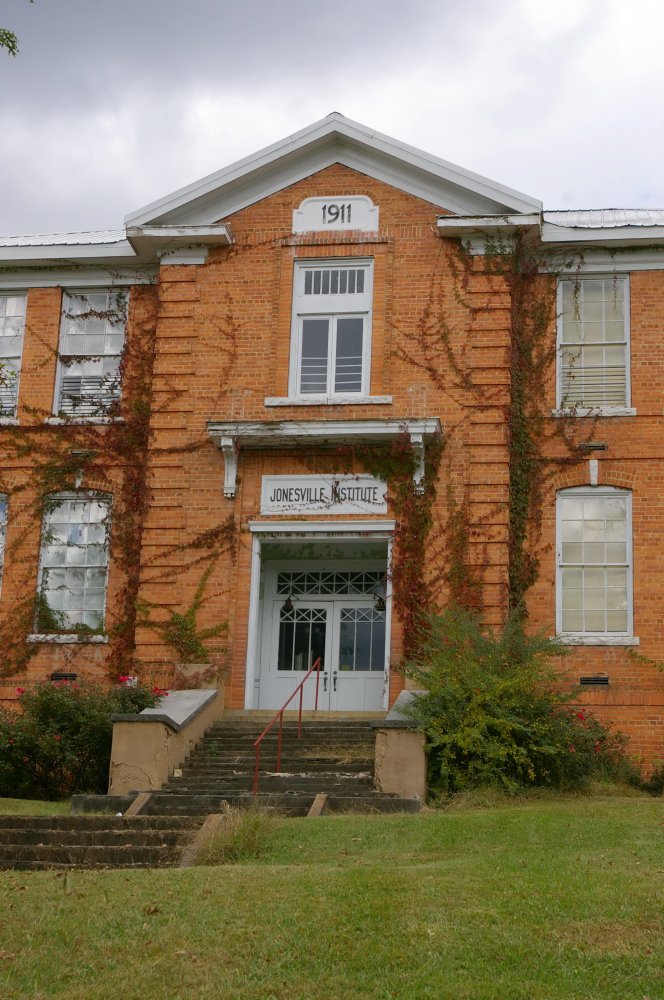