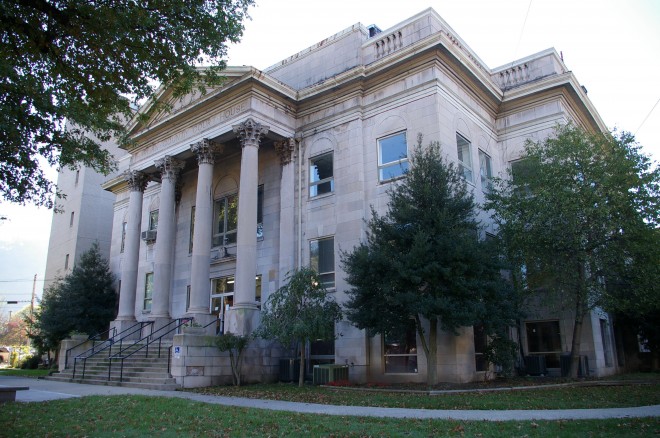 Harlan County is named for Silas Harlan, who was a soldier in the Battle of Blue Licks, and who lived from 1753 to 1782.

Description:  The building faces north and is a three story brick, concrete and gray colored Indiana limestone structure. The building is located on landscaped grounds of the Courthouse Square in the center of Harlan and is faced with Indiana limestone. The north front has a high portico supported by four tall stone columns rising to the pediment at the roof. A stone balustrade runs along the roof line. The courtroom is located on the third story. The building was renovated in 2014 using prison labor. 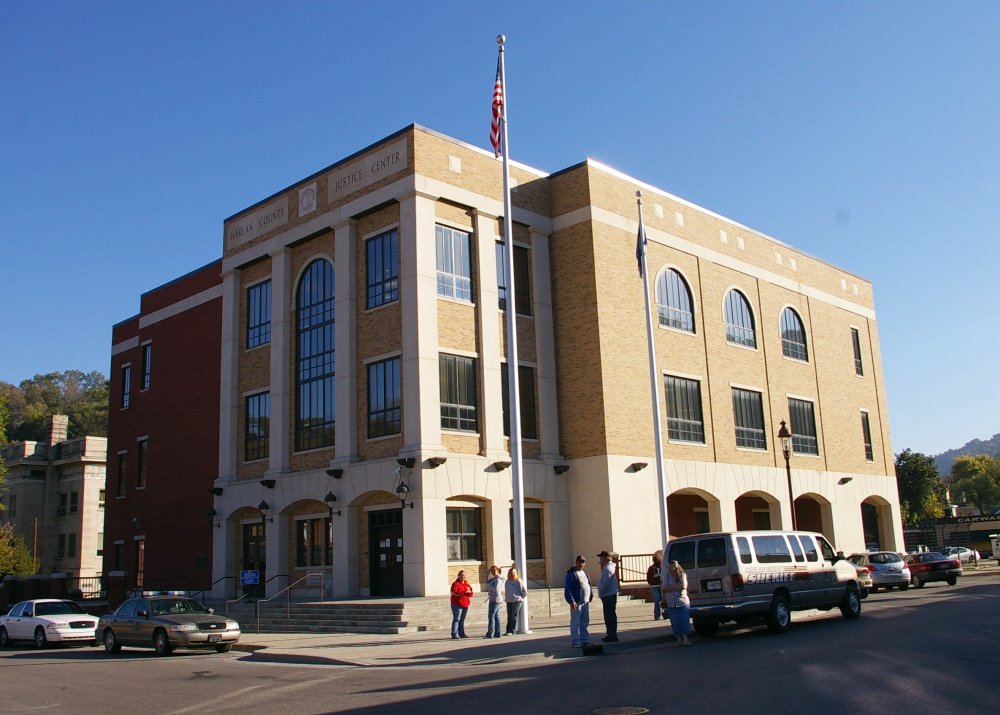 Description:  The building faces west and is a three story brick, concrete and glass structure. The building is located in the center of Harlan to the south of the courthouse. The first story has three large arches along the west front and four arches along the south side. Vertical pilasters divide the windows with a high two story windows on the second and third stories of the west front. The roof line is flat.  . 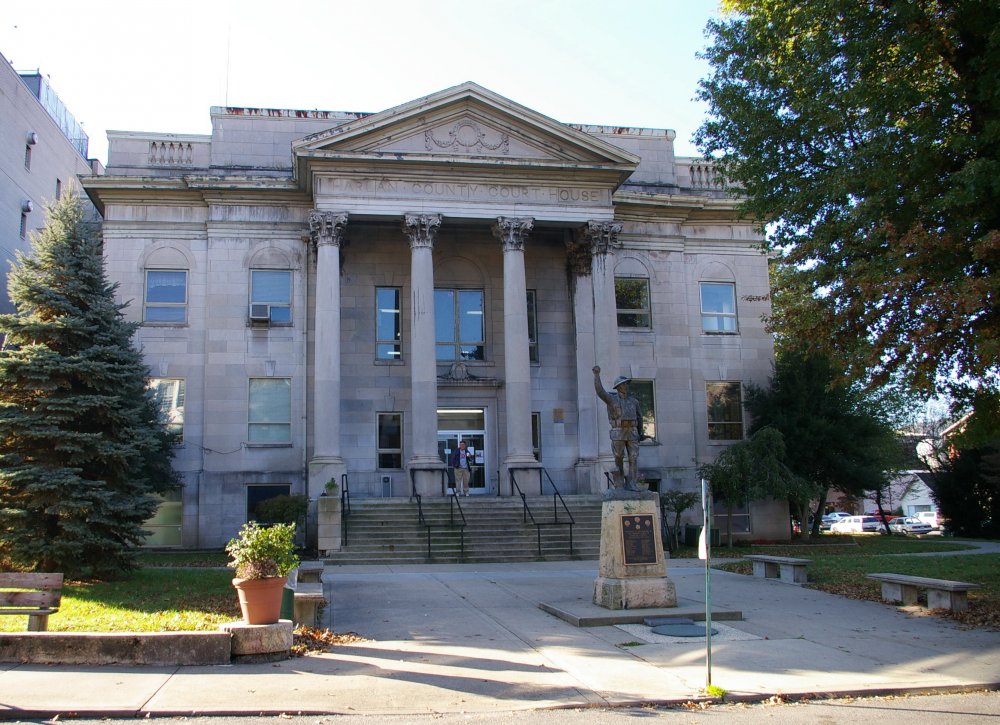 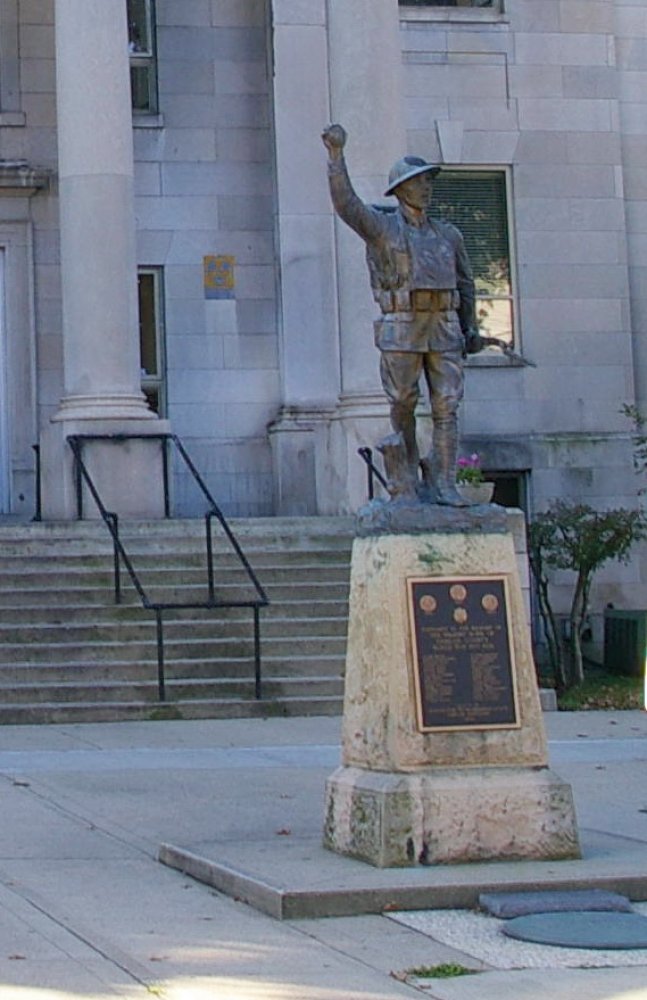 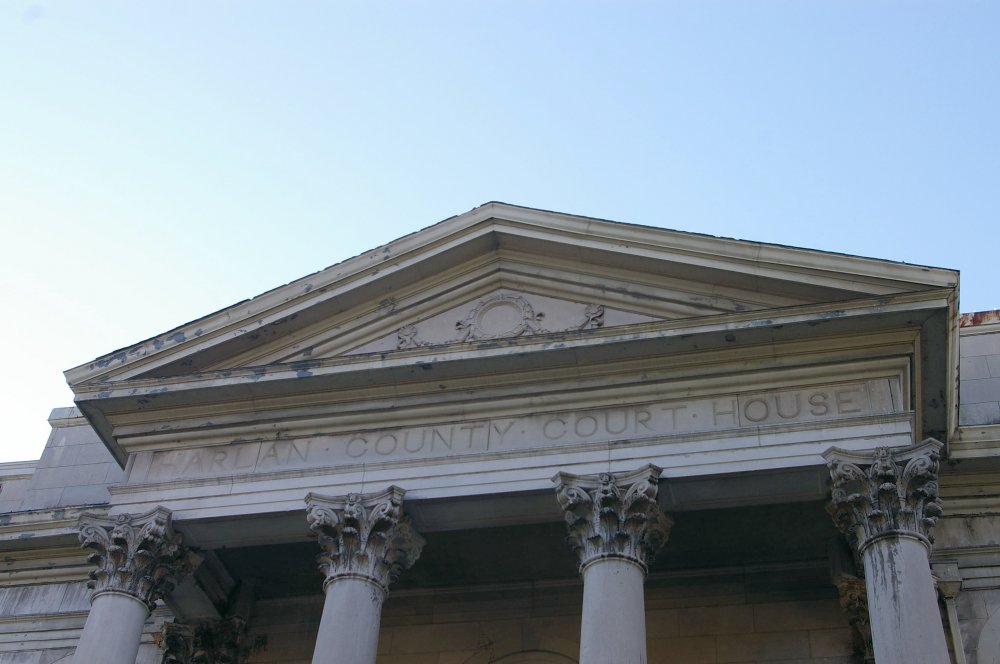 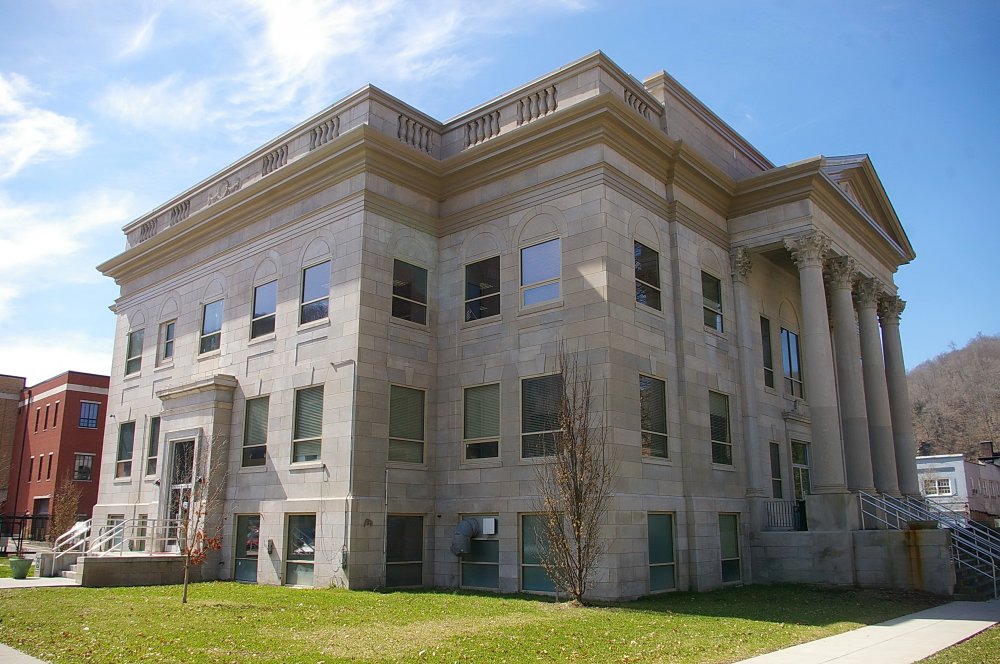 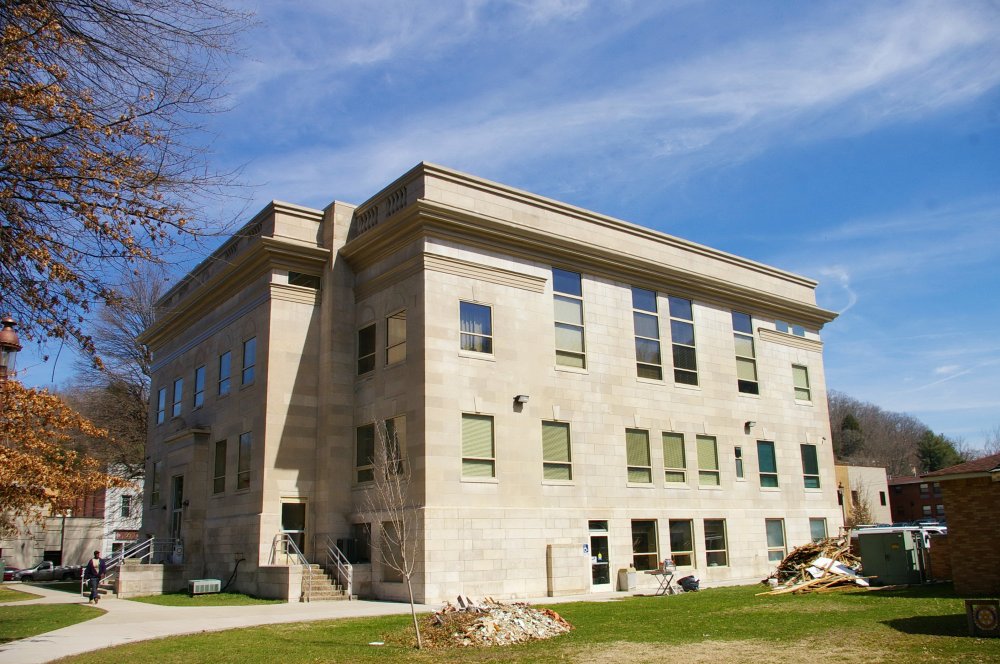 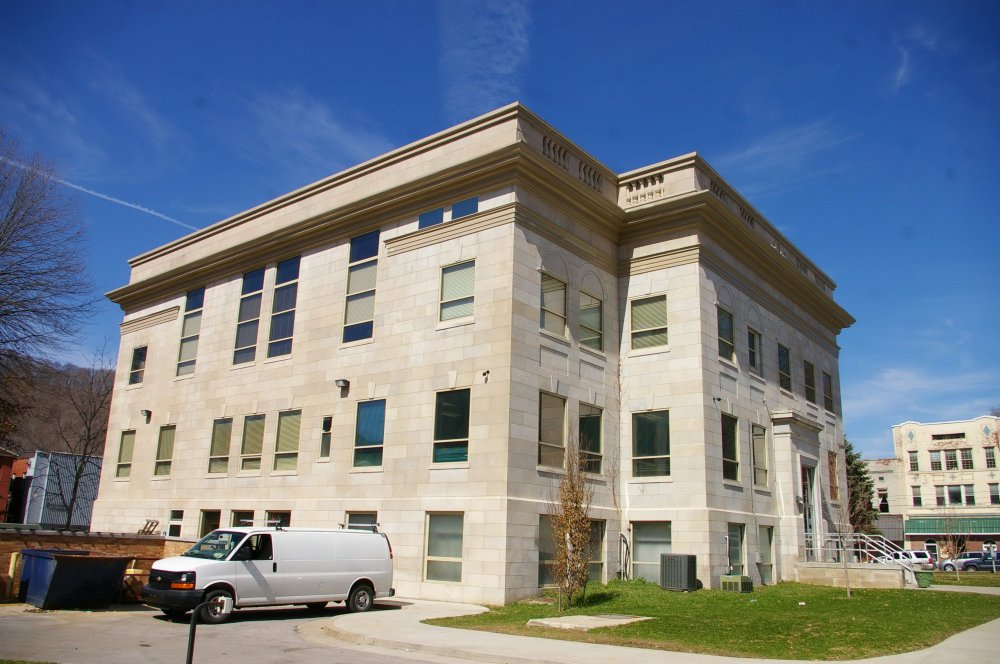 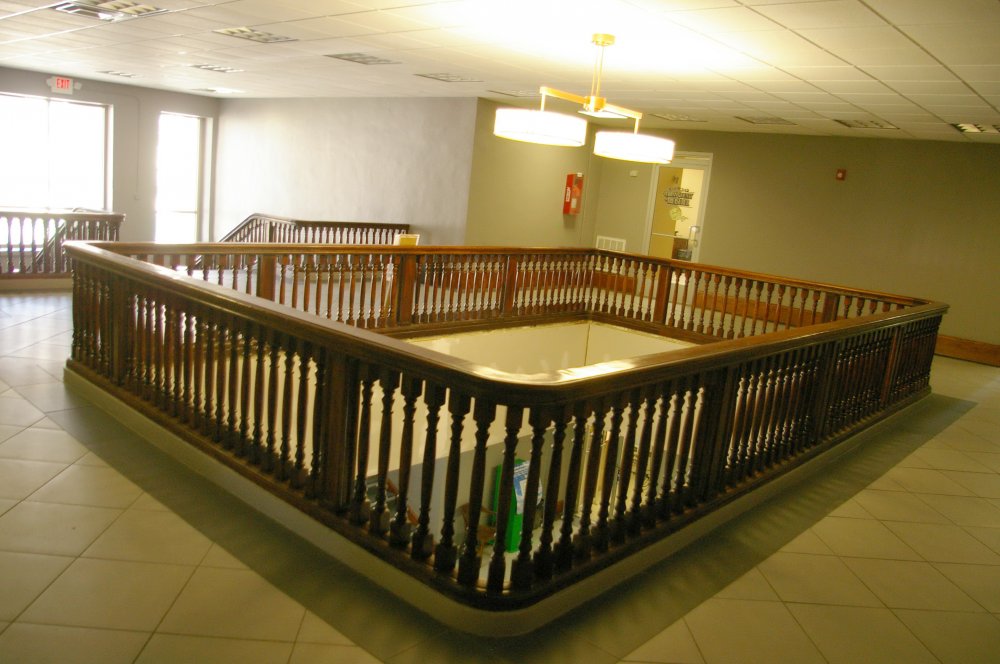 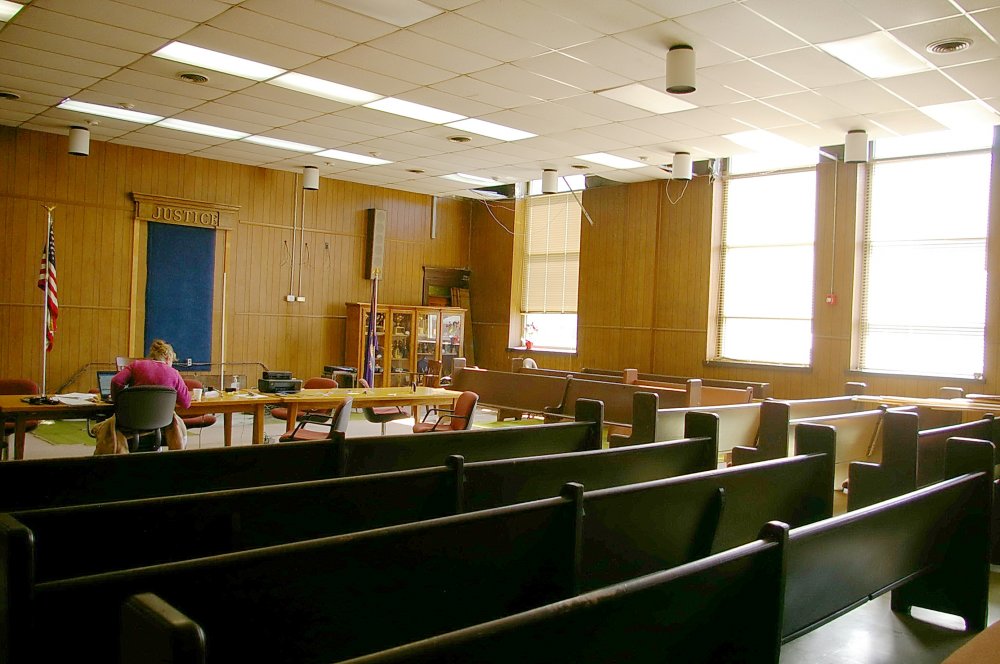 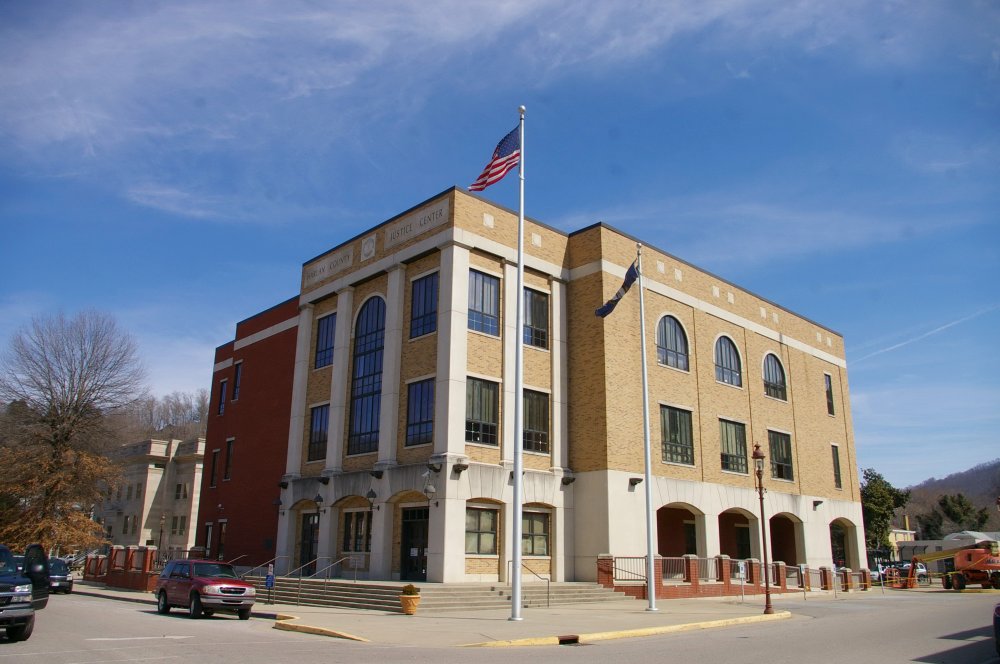 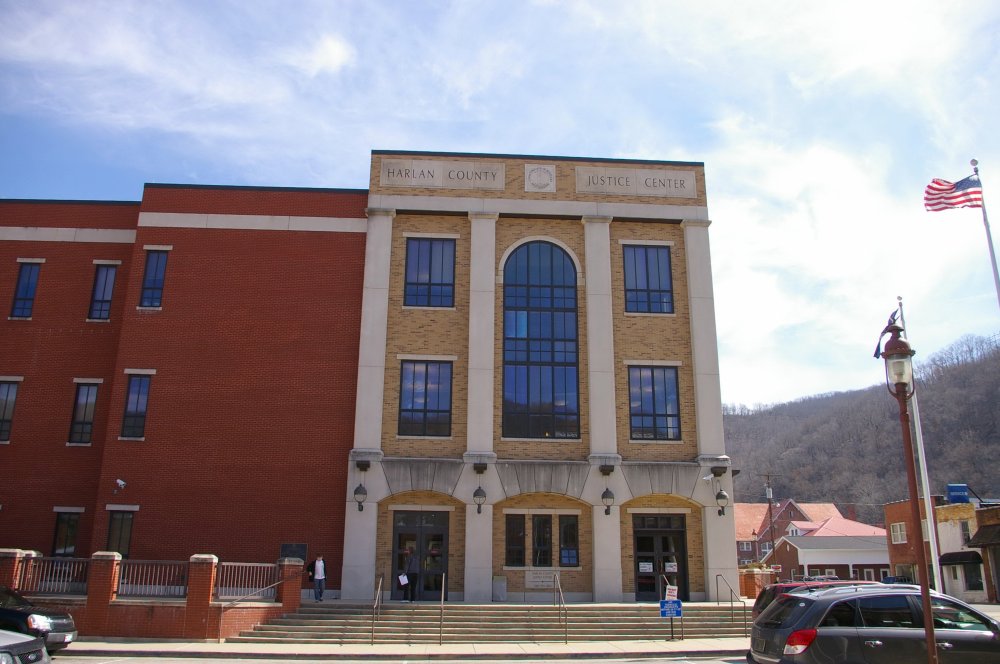 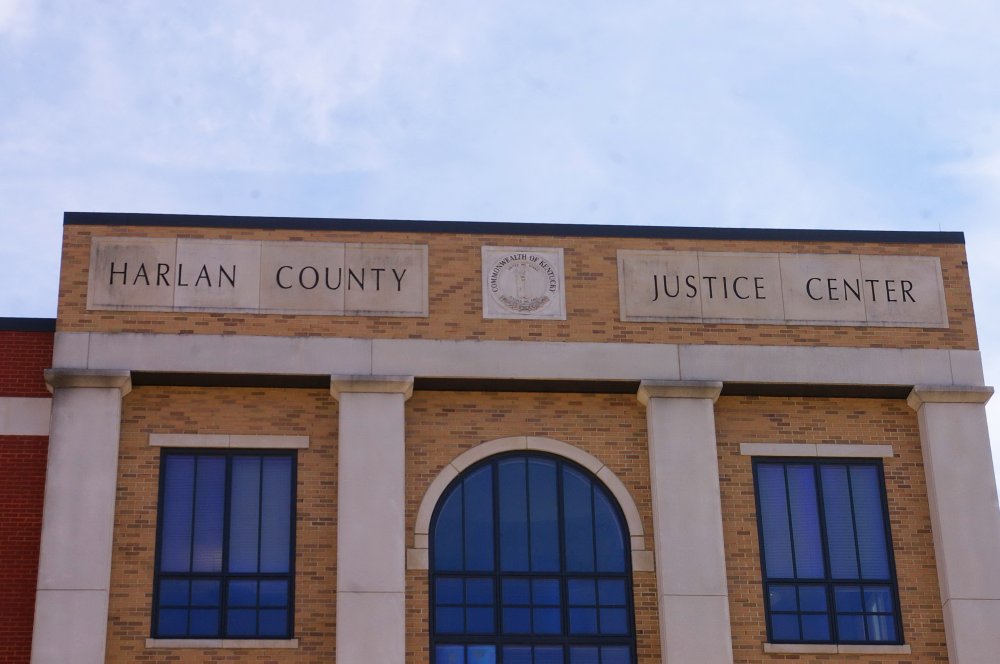 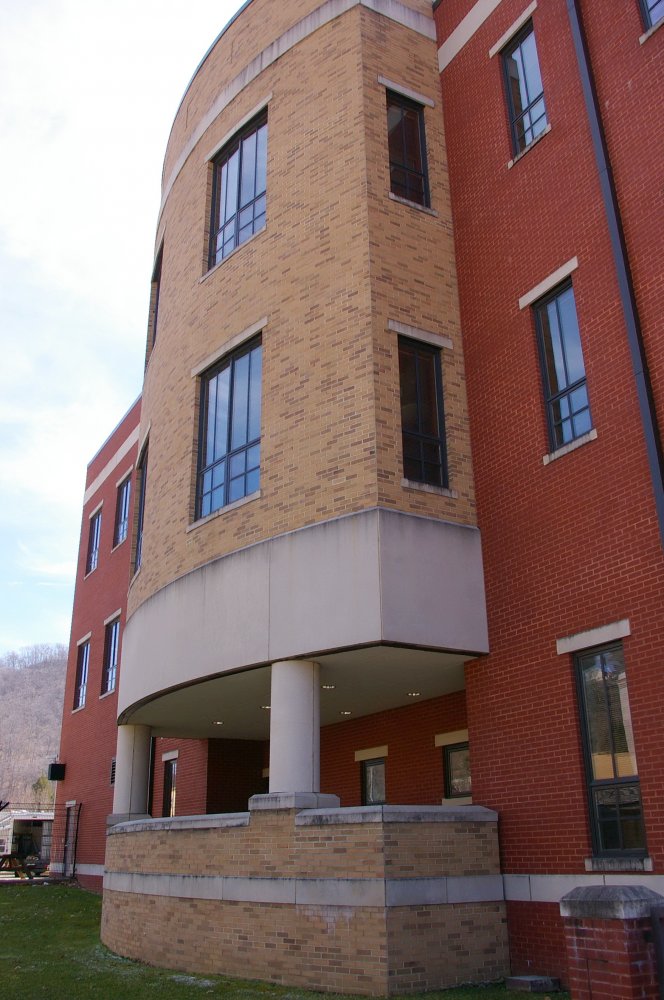 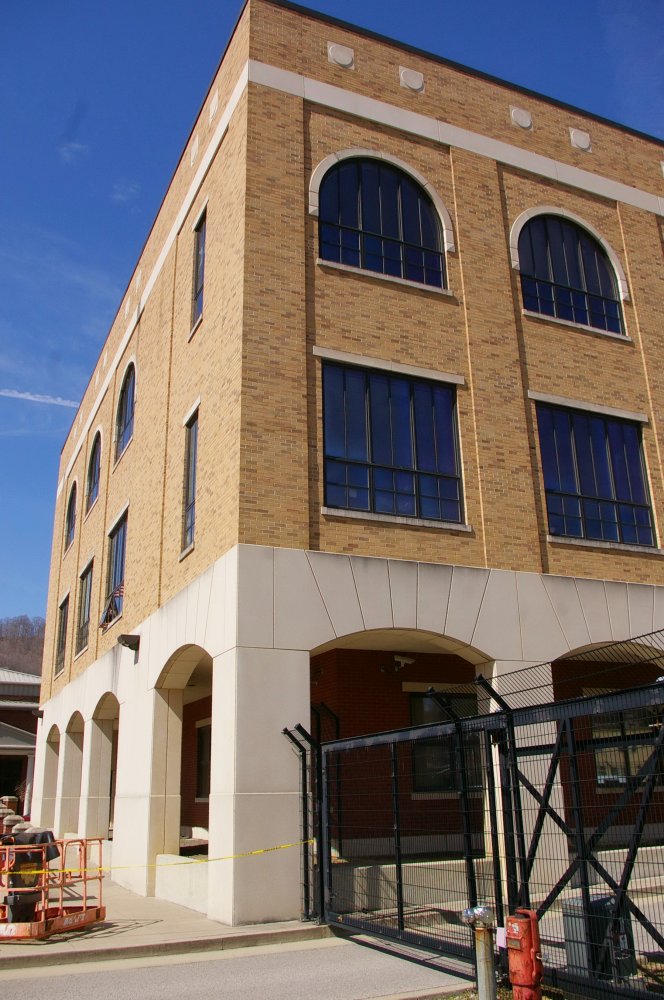 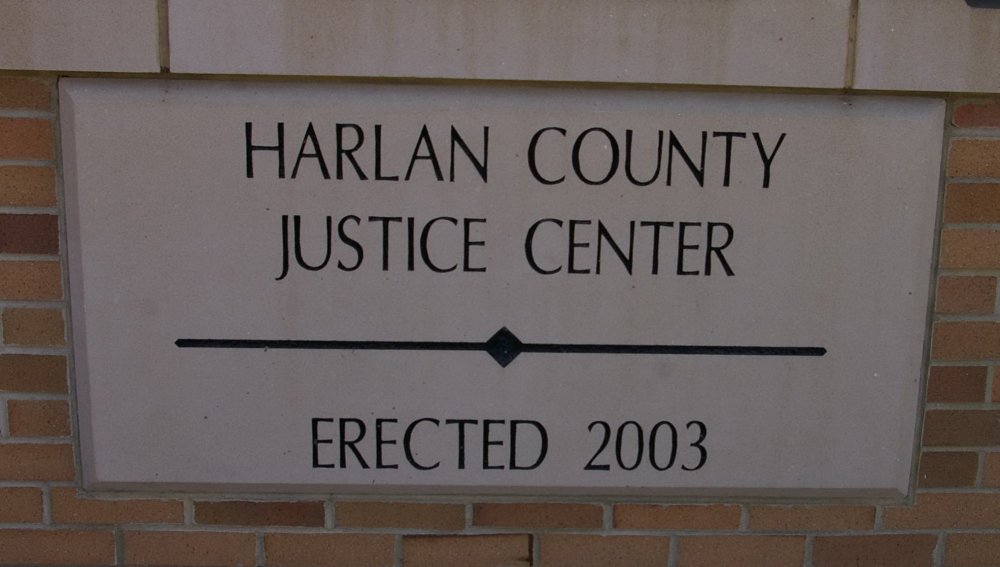 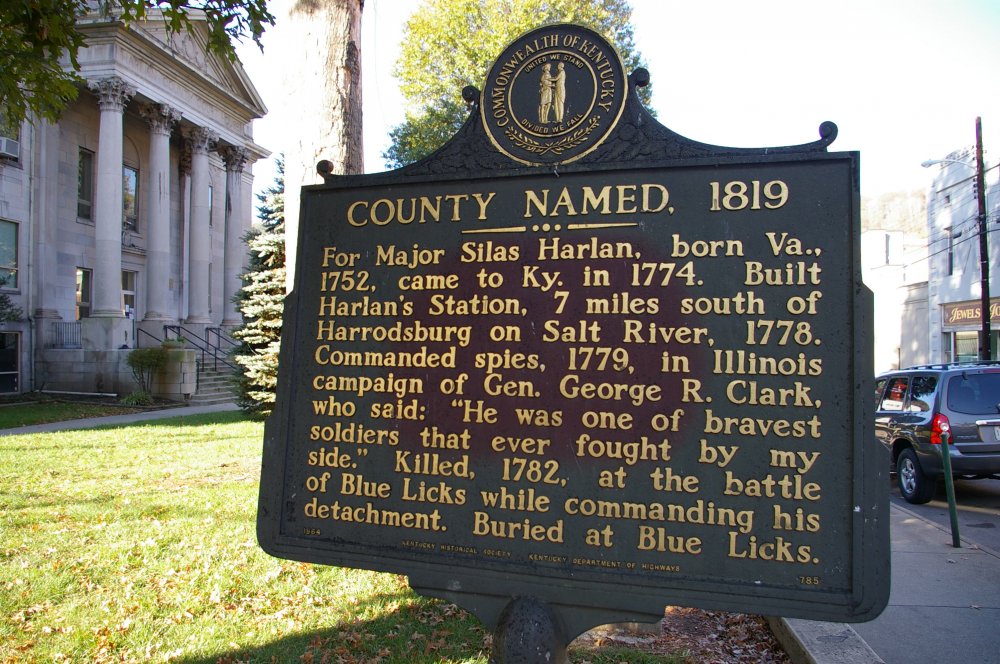