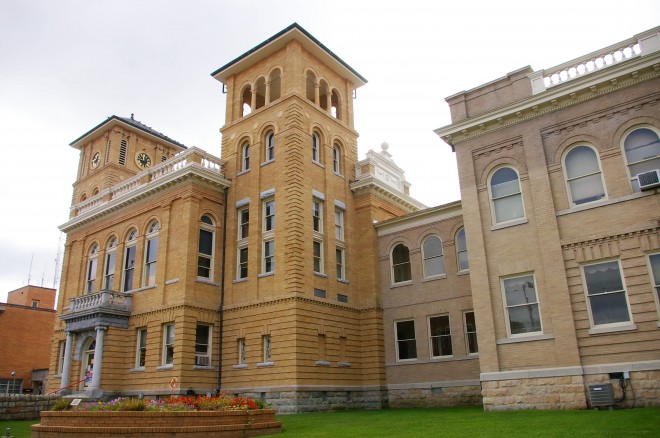 Wise County is named for Henry A Wise, who was a governor of Virginia and a Confederate States Army General during the Civil War.

Description:  The building faces north east and is a two story buff colored brick structure. The building is located on landscaped grounds in the center of Wise. The north front has a small porch at the central entrance with two columns rising to a balcony on the second story. The northeast corner has a high square clock tower and the northwest corner has a high square tower with openings at the top. The second story windows are arched. The base of the building is rough cut limestone. In the interior, the central entrance hall has an open well stair executed in cast iron with classicized newel in the form of a fluted column with an Ionic capital, an iron railing with fanciful scrolled decoration and applied anthemion ornamentation, and open-work treads also executed in cast iron. A wooden matchboard wainscot runs the perimeter of the hall. The hall retains its original pressed-tin ceiling. The second story has the courtrooms. The building houses the County Circuit Court, County General District Court and County Juvenile and Domestic Relations Court of the 30th Judicial Circuit. The architect was Frank Pierce Milburn and the contractor was Milbourne Gilliam & Creed Flanary. On the west side is a light brown colored brick two story addition constructed in 1920. The addition has a balustrade along the flat roof line. On the south side is the modern courthouse constructed from 1979 to 1980. The architect was Charles B McElroy and the contractor was Armstrong Construction Company, Inc.

See:  The 30th Judicial Circuit includes Lee County, Norton and Scott County. The courthouse also serves as the courthouse for the Indepedent city of Norton 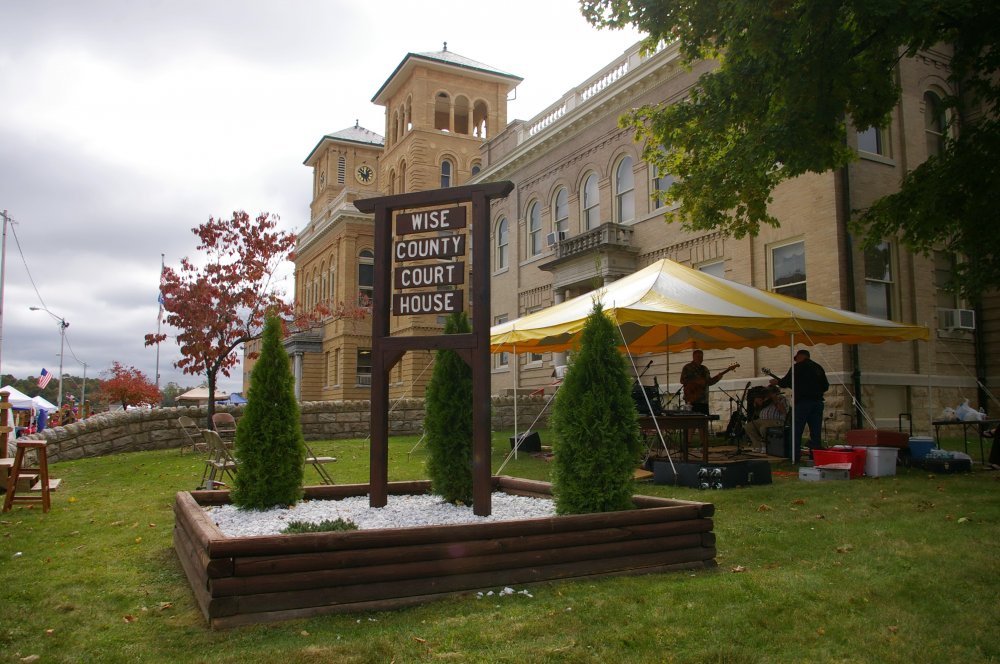 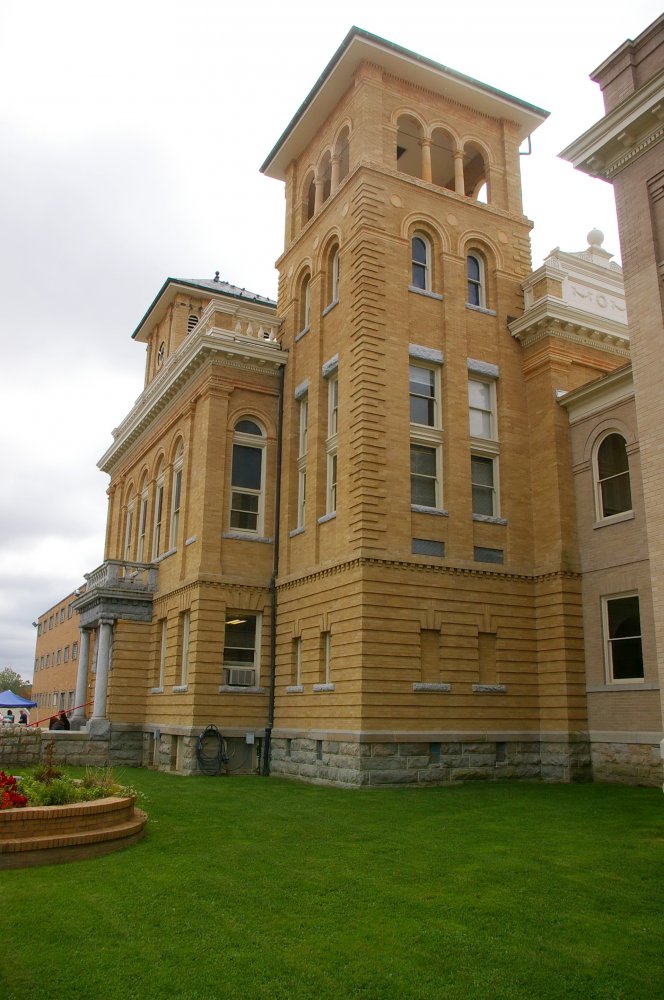 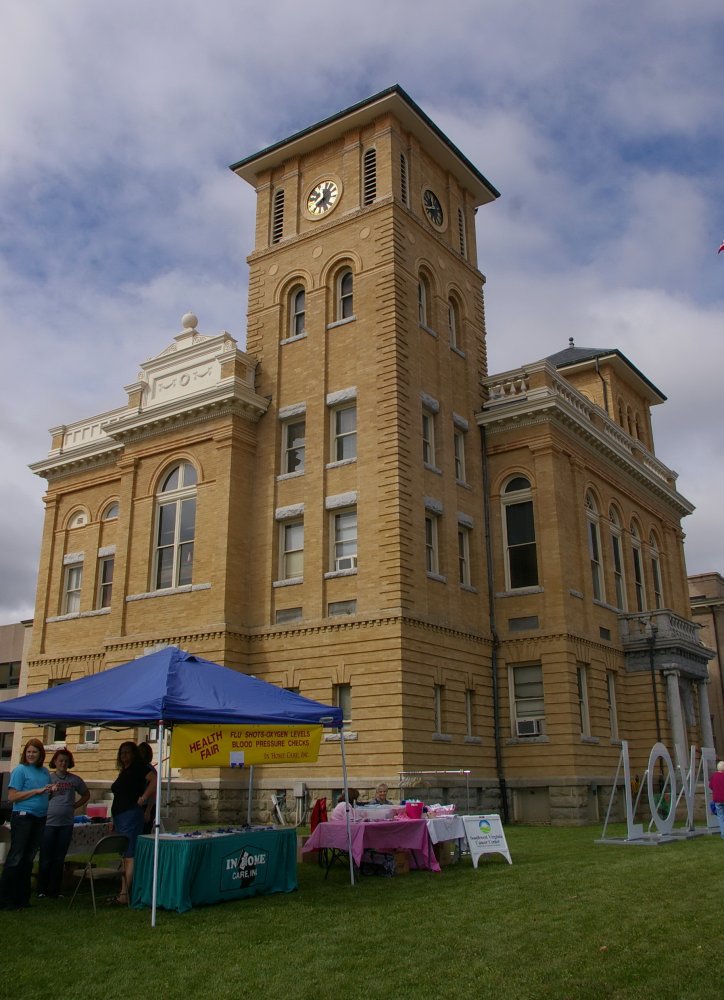 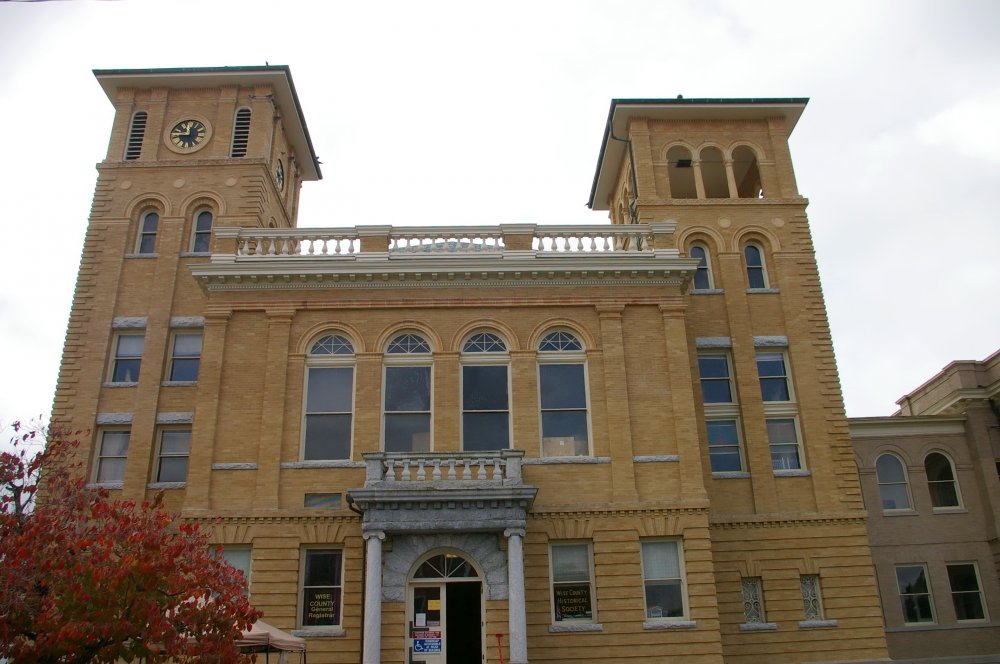 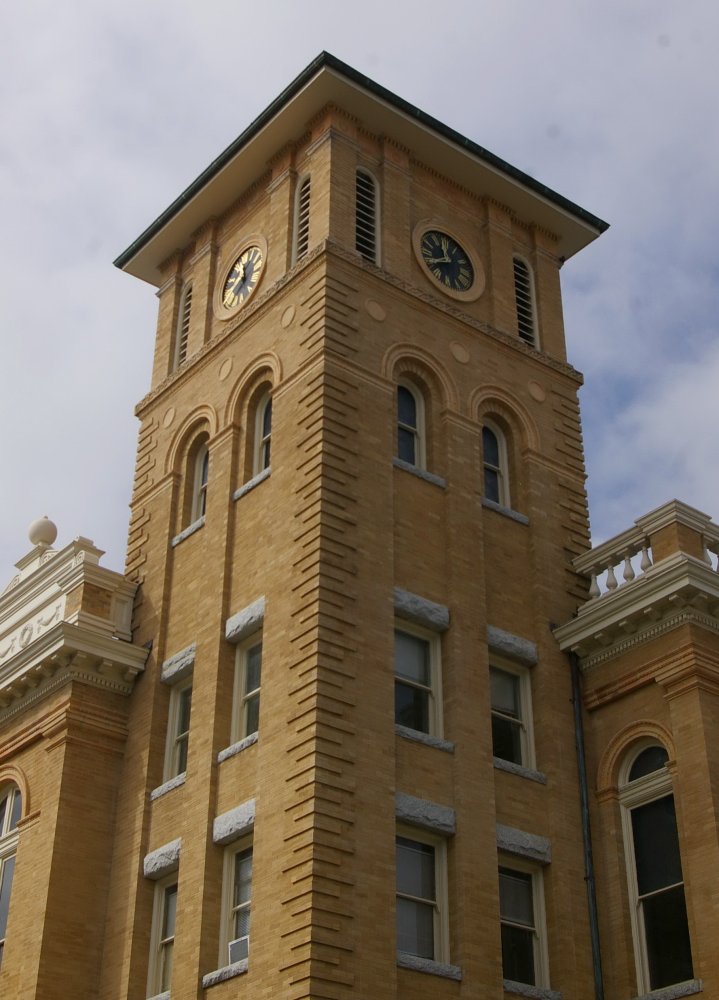 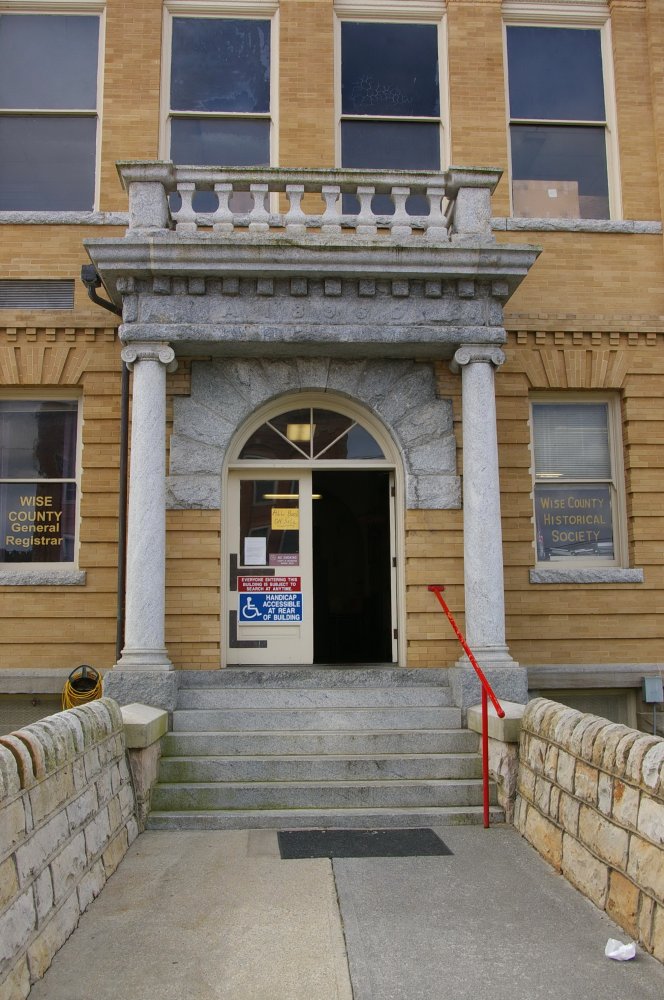 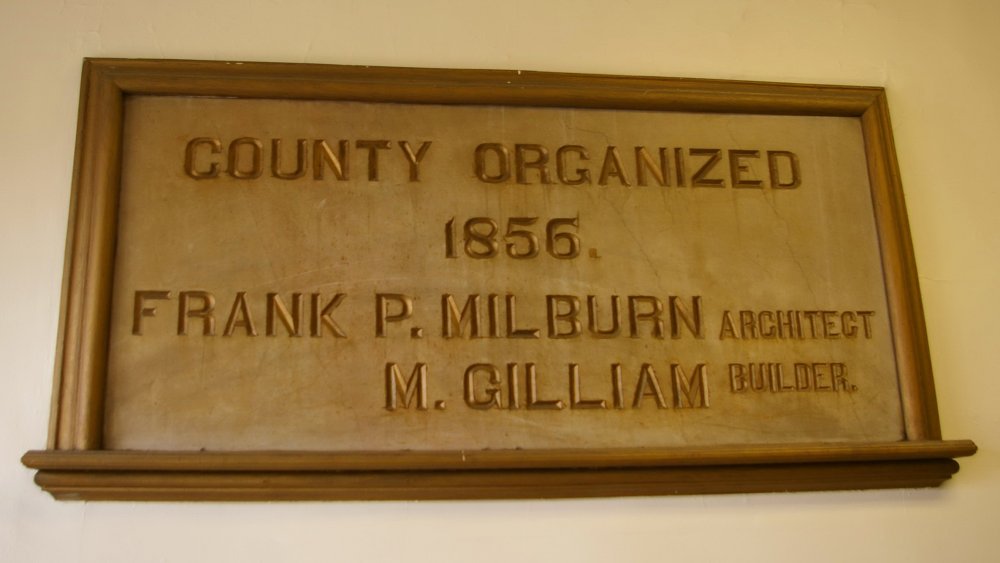 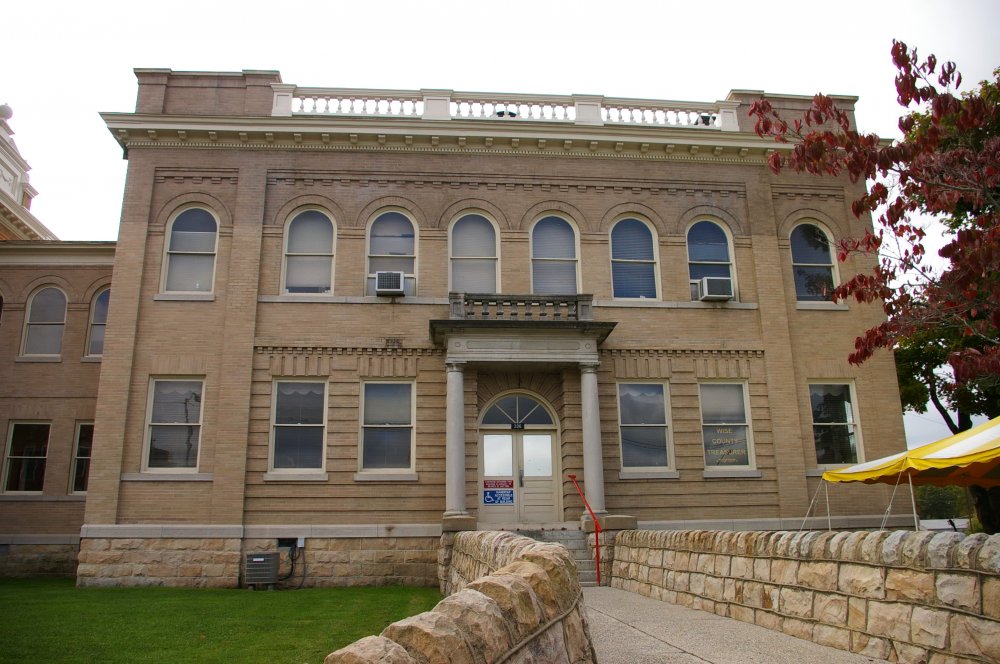 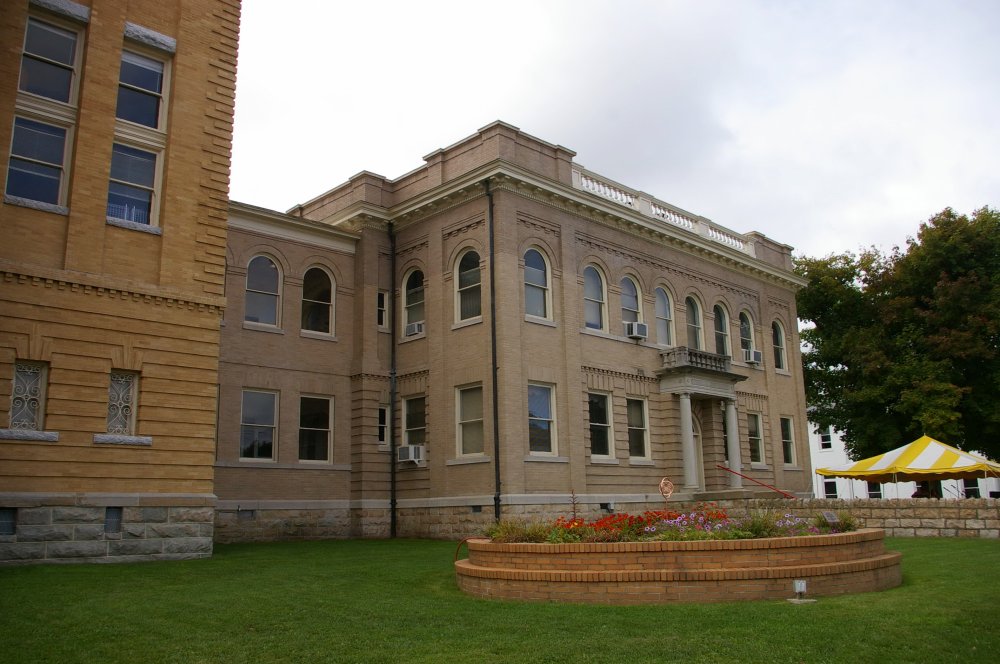 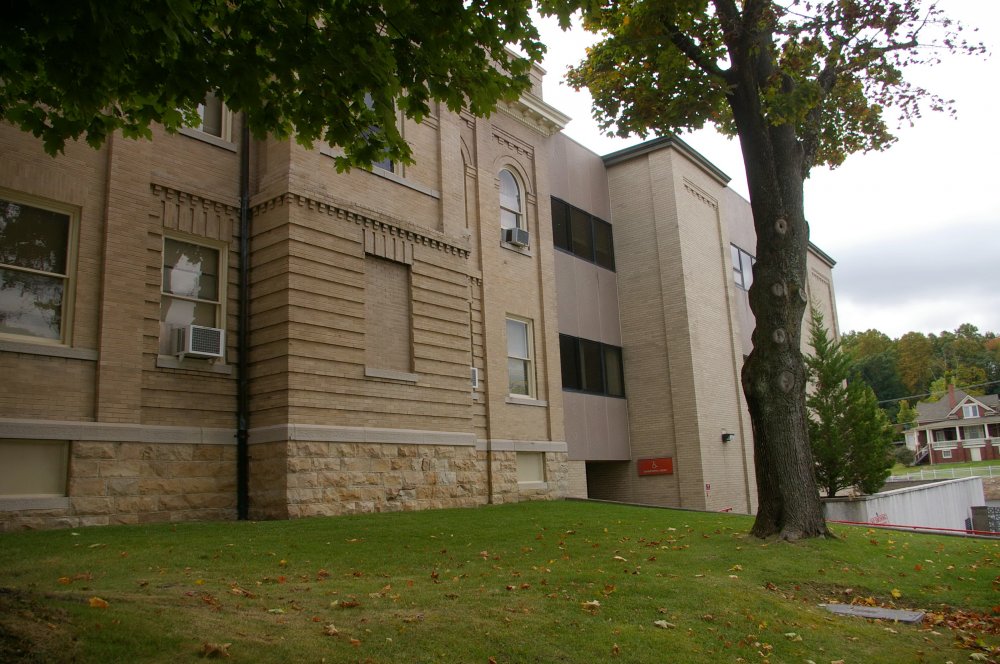 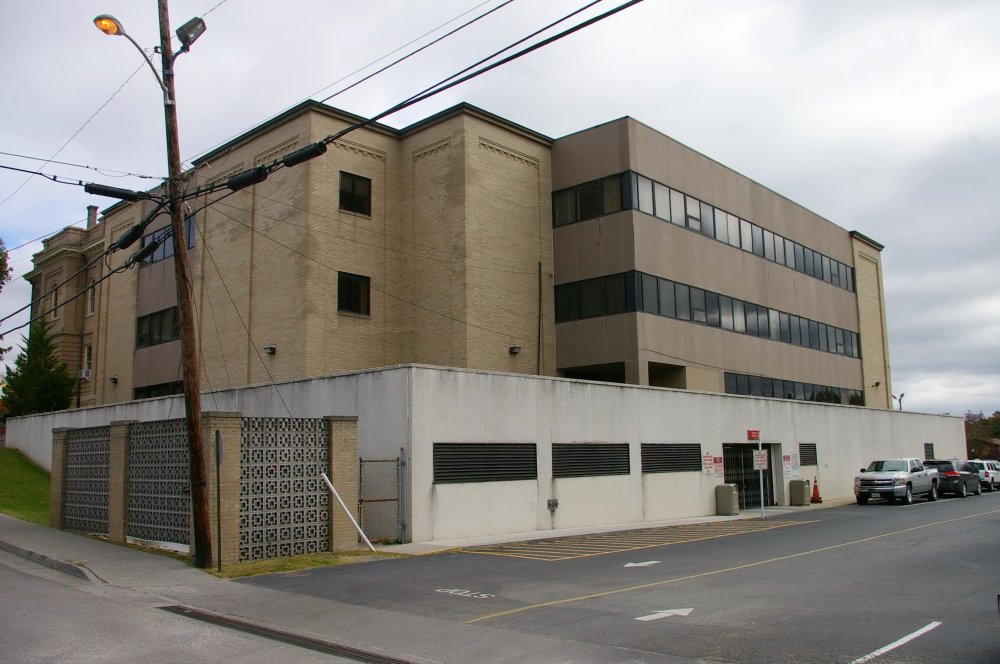 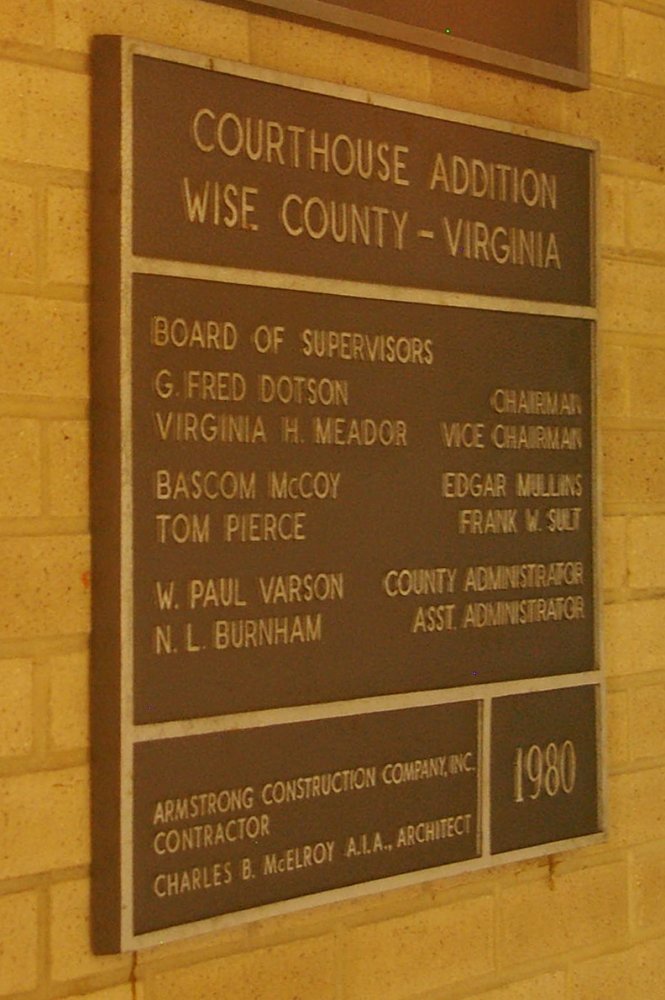