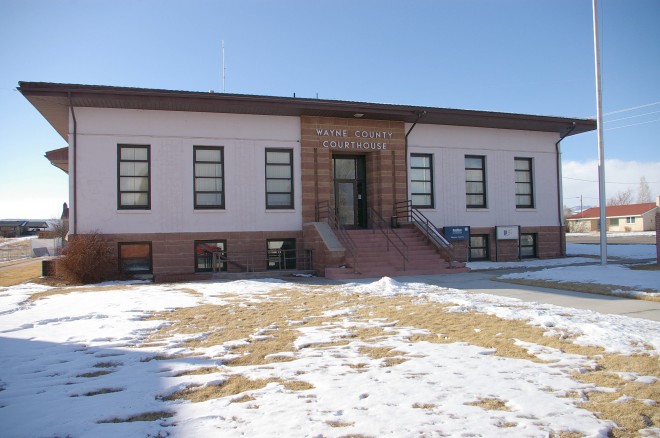 Wayne County is named for either for Wayne Robinson, whose father Willis E Robinson served in the Utah State legislator; or for Anthony Wayne, who was an American Revolutionary general. 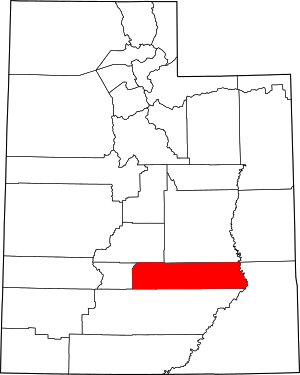 Description:  The building faces east and is a one story white colored stucco, brick, concrete and glass structure. The building is located on landscaped grounds in the center of Loa. The building has red and buff colored brick trim around the central entrance on the east side. The windows are vertical. The basement is red colored brick. The roof is hipped. The building was renovated in 1987 to 1988.

Note:  During construction, Hans Oyler was hired to do the plumbing work. Local labor and trades were hired under the Works Projects Administration. The courthouse survived fires on March 29. 1944 and another fire that occurred on January 3, 1948.

History:  The county was created in 1892 and Loa was selected as the county seat. As the county did not have the funds to build a courthouse, the county officials met at the home of Margaret Pace and Nancy Blackburn and later at the Mormon Church. County records were kept at the courthouse in Piute County. In 1896 as the first courthouse, the county agreed to lease the upper room of A J Riddle’s two-story brick building for use as a courtroom. In 1912 to 1941, the county was housed in the Loa Co-op Building as the second courthouse, which was purchased for $2,000. The third and present courthouse was constructed in 1939 to 1941 at a cost of $45,000. The cost of renovation in 1987 to 1986 was $498,000. 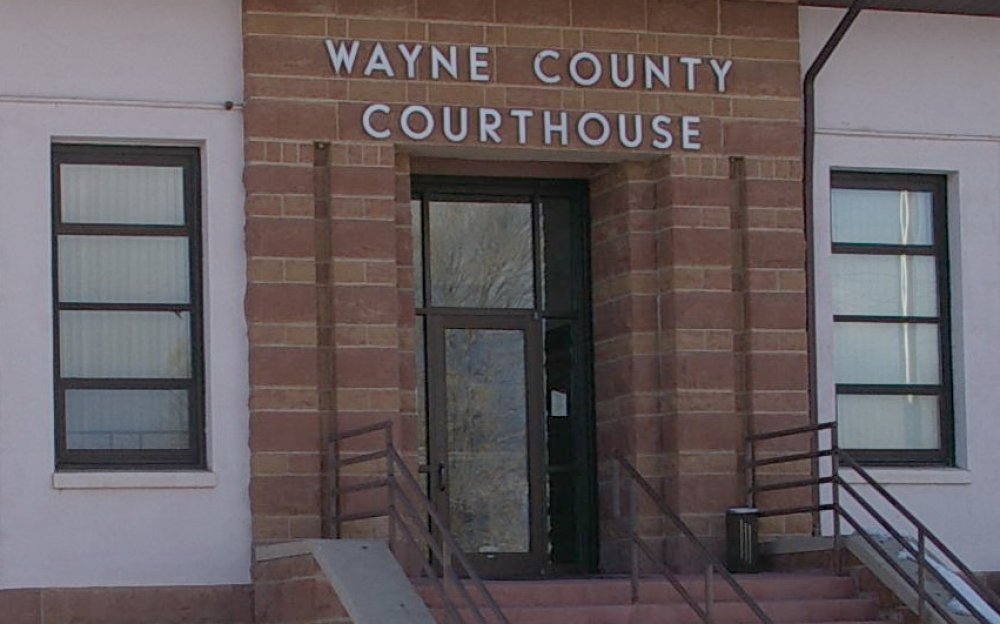 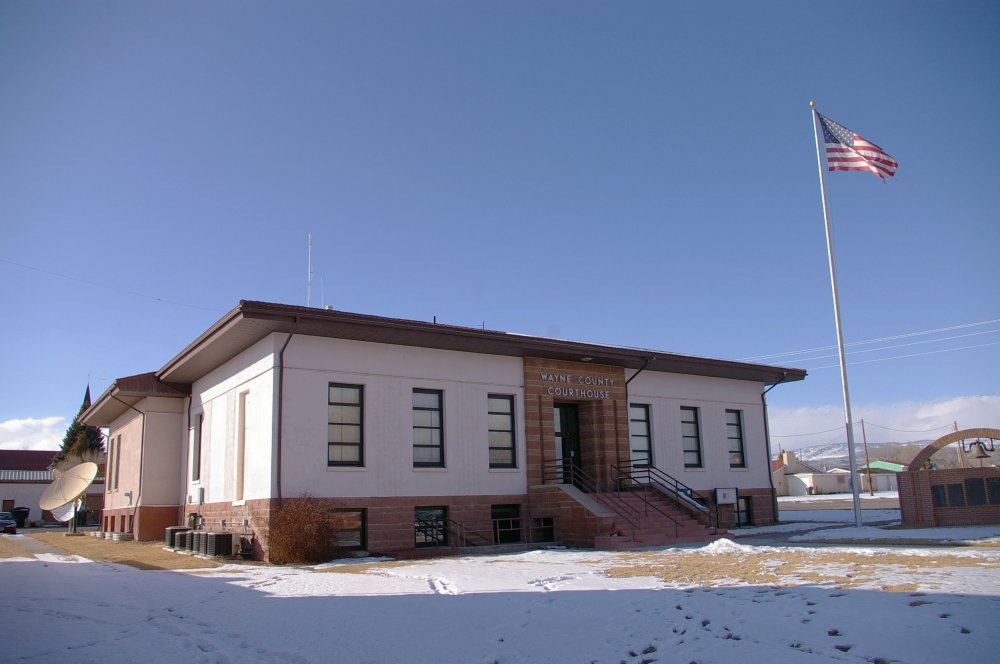 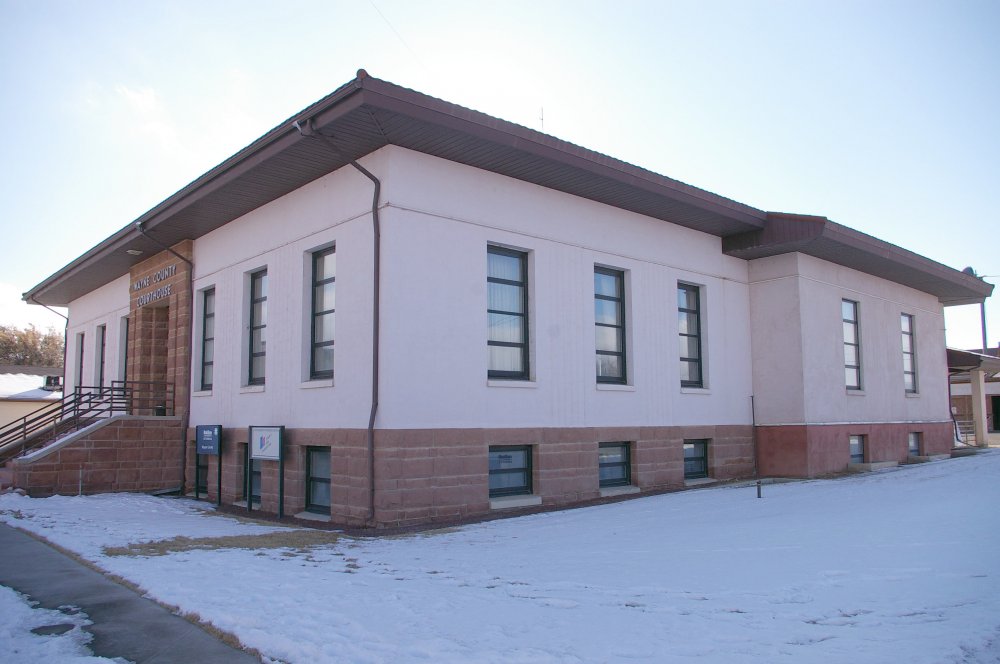 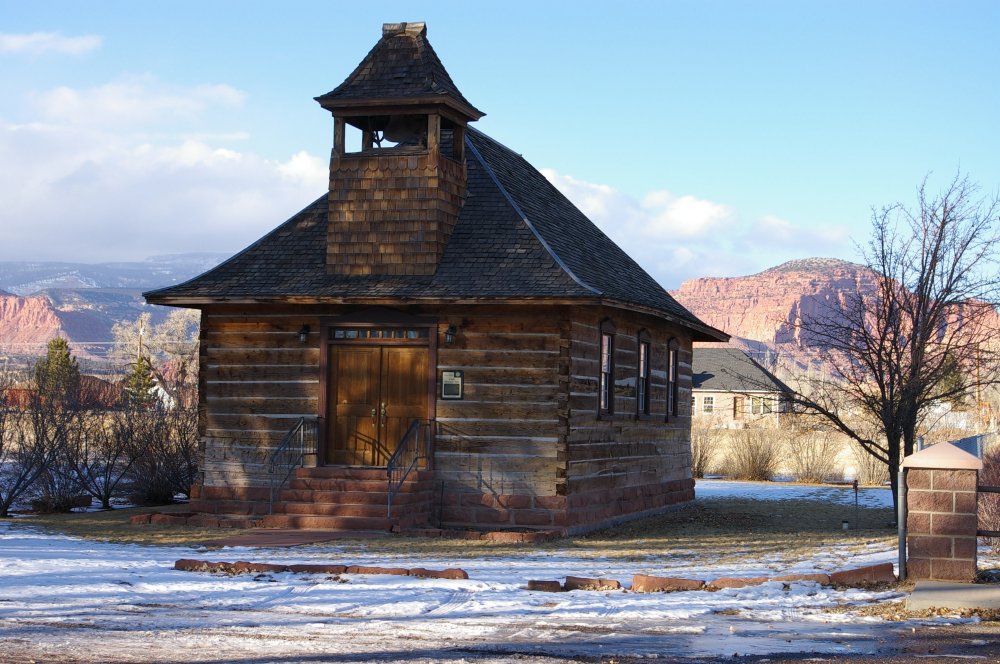 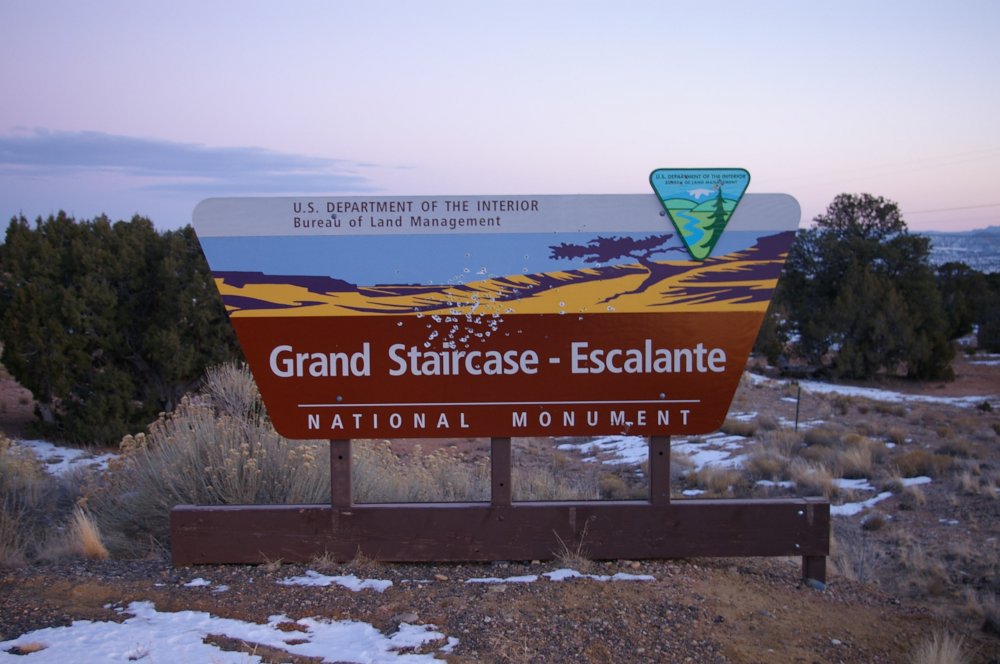