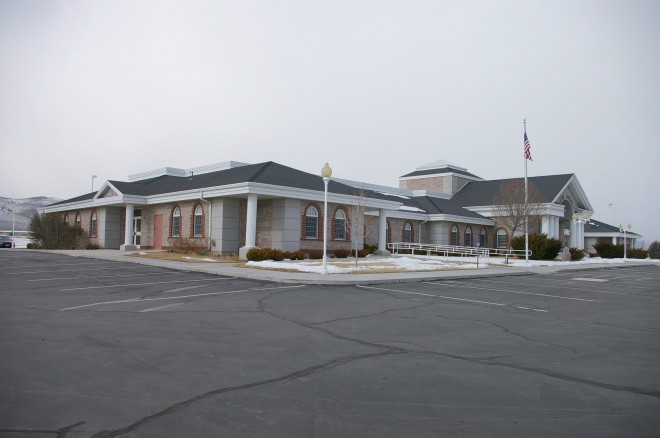 Piute County is named for the Piute, a Native American Tribe who resided in the region. 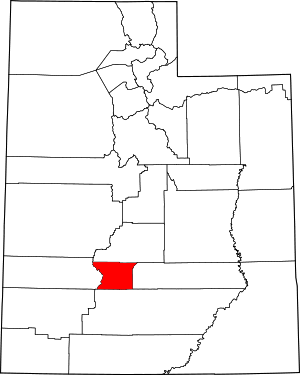 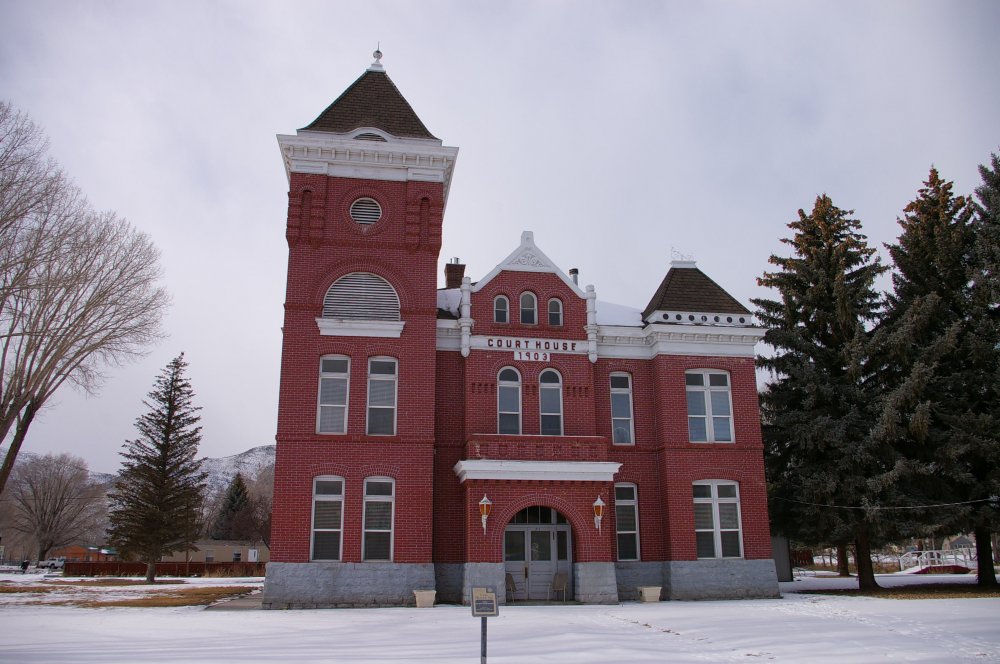 Description:  The building faces east and is a two story red colored brick structure. The building is located on landscaped grounds in the center of Junction. The brick walls are set on granite slabs hauled from nearby Kingston. The building has a one story arch brick portico with balcony above. On the southeast corner is a four story square brick tower with peaked roof. A white colored cornice follows the roof line. Small peaked roof towers are located on the other three corners of the building. The roof is hipped. The courtroom was located on the second story with its judge’s stand and jury box. The wood trim on the interior was hand turned on the site. The building is now the Family Reunion-Junction Courthouse.

Note:  Willard Bay and two father-and-son teams-Jorgen Peterson and son James and John Ackerman and his teen-age son Joseph made every one of the 200,000 bricks that went into the building. They set up their brickmaking operation near the construction site. Jim Martensen hauled the clay for the bricks. John Morrill donated the land. A fire in 1943 damaged parts of the interior. 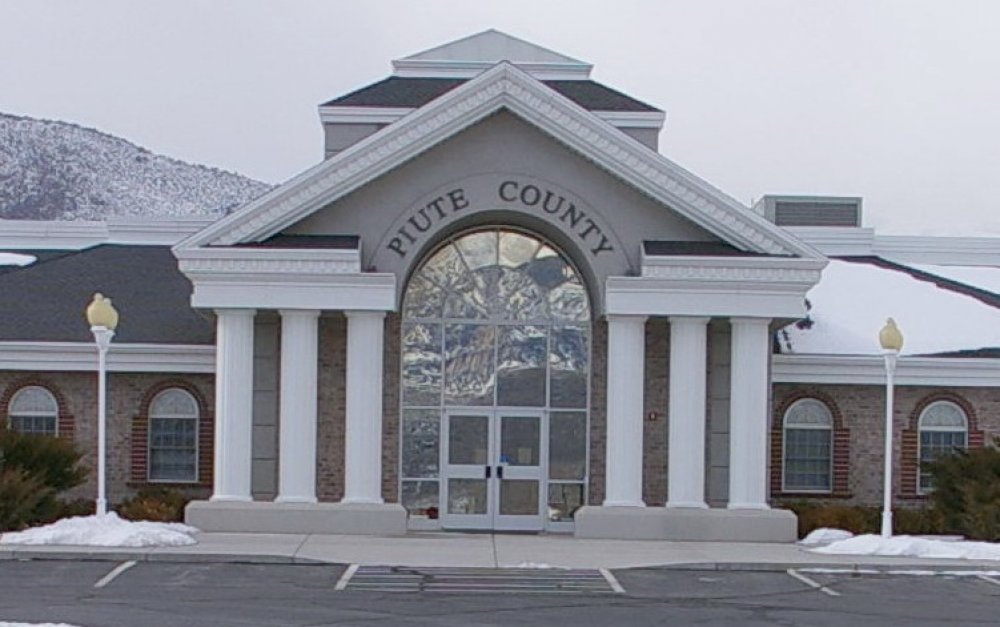 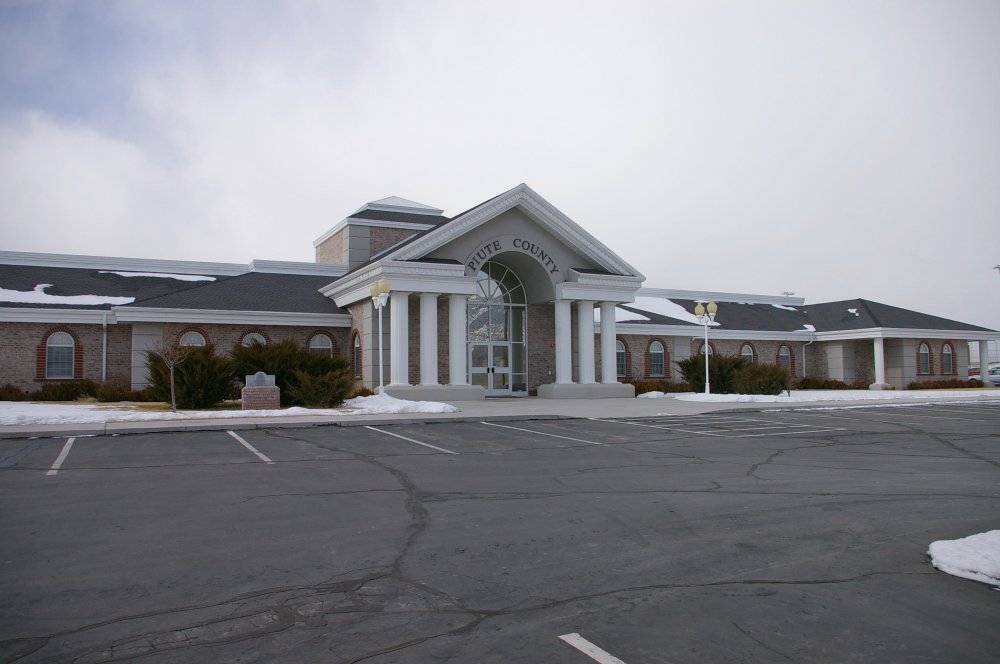 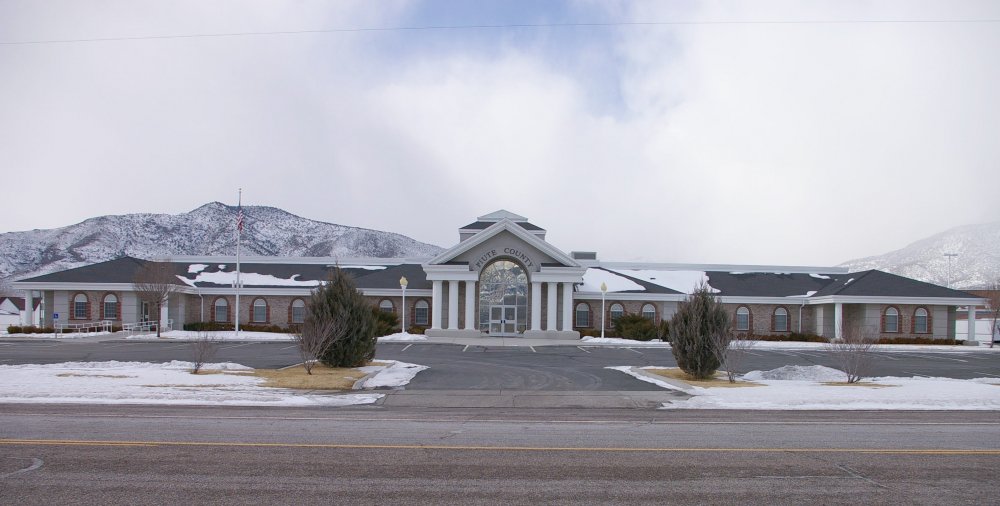 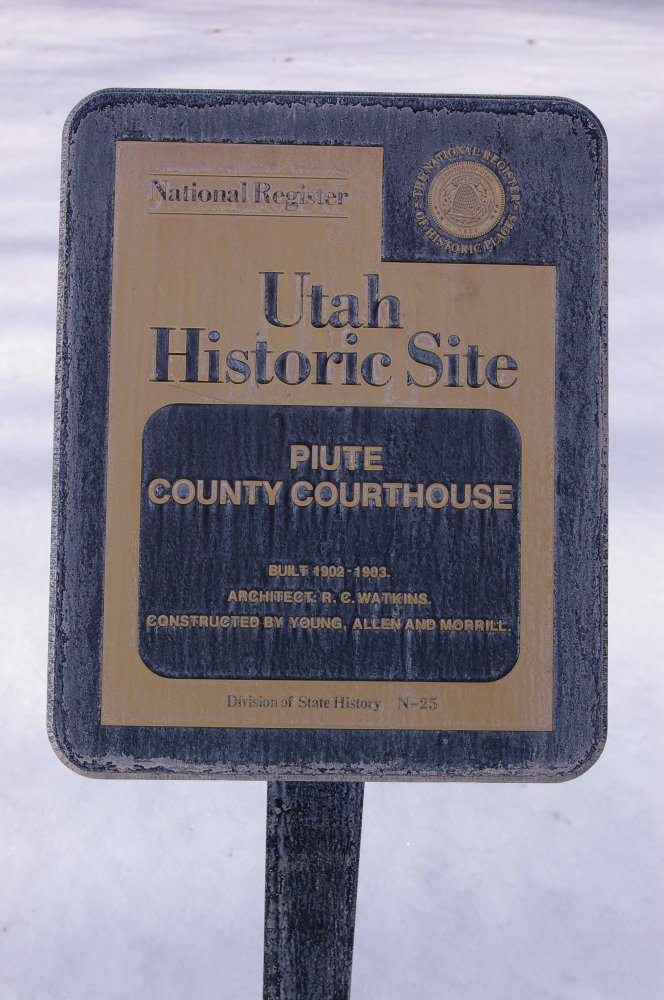 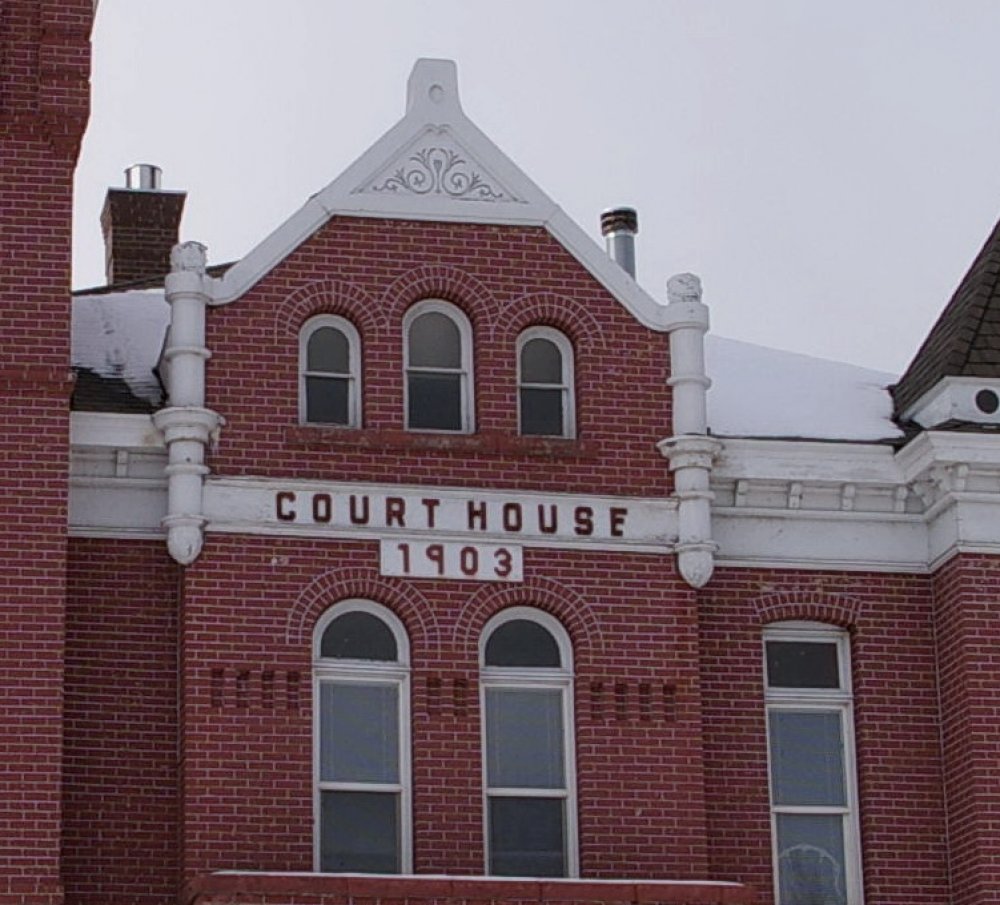 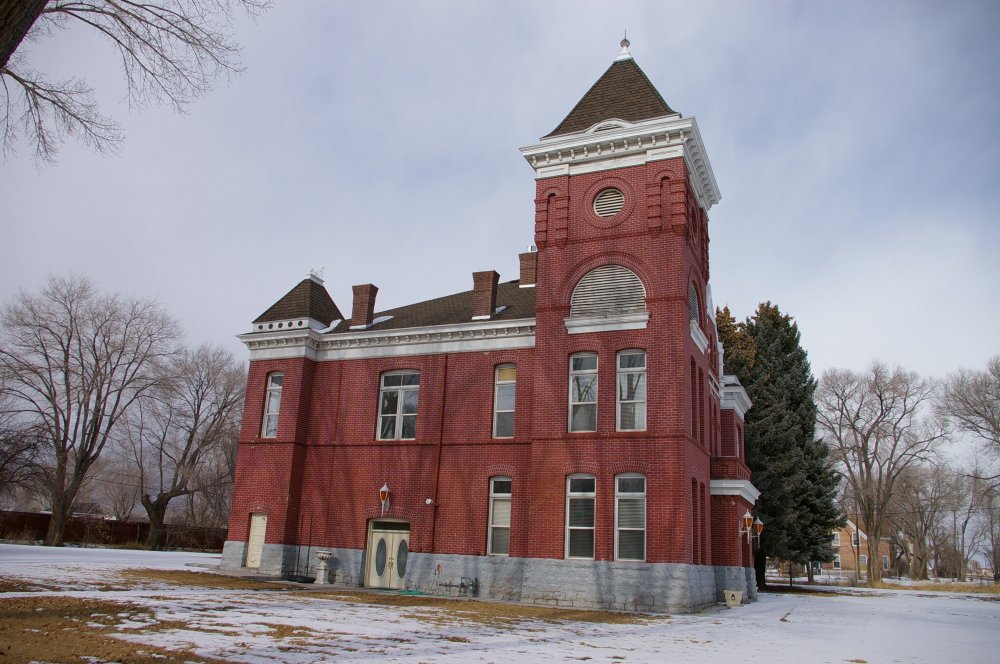 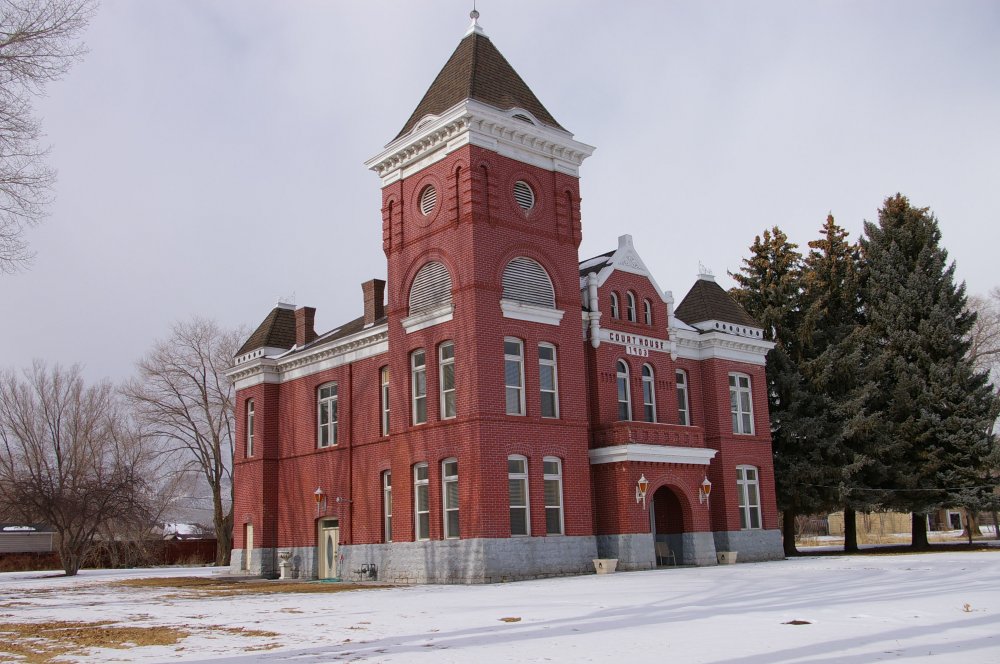 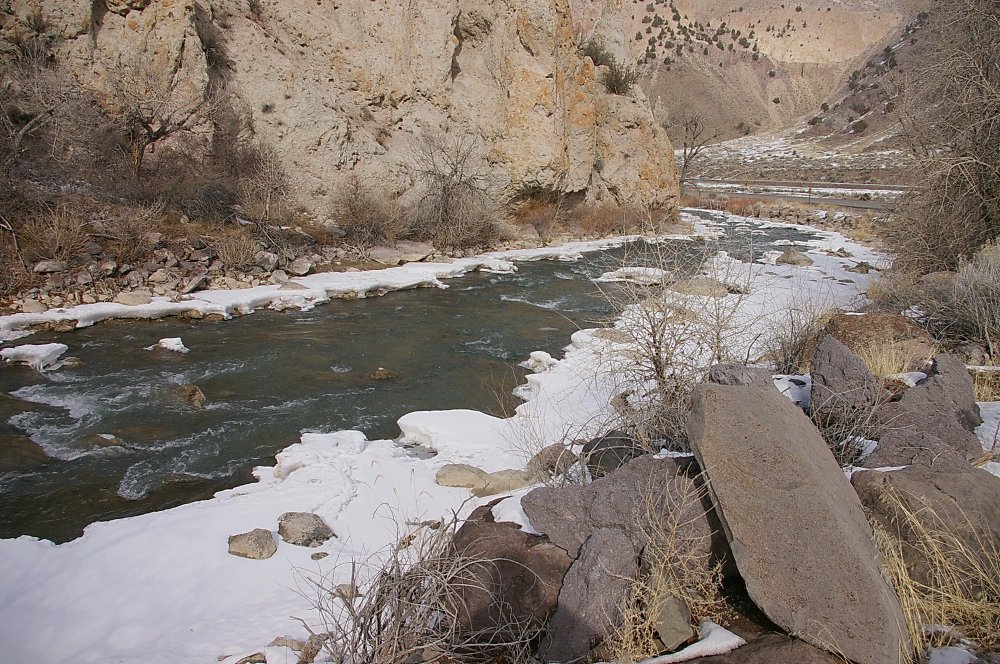