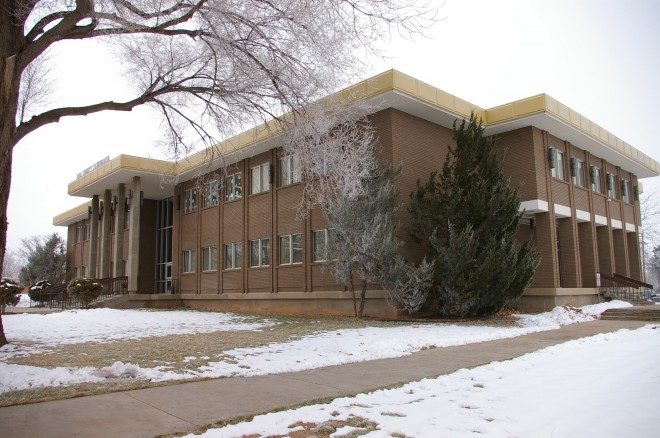 Iron County is named for the metal “iron” which is found in the region.

Description:  The building faces east and is a two story buff colored brick, concrete and glass structure. The building has a large central portico supported by four concrete pillars. The glass entrance and second floor are recessed. A wide concrete horizontal band follows the roofline. The basement is concrete. The roof line is flat. 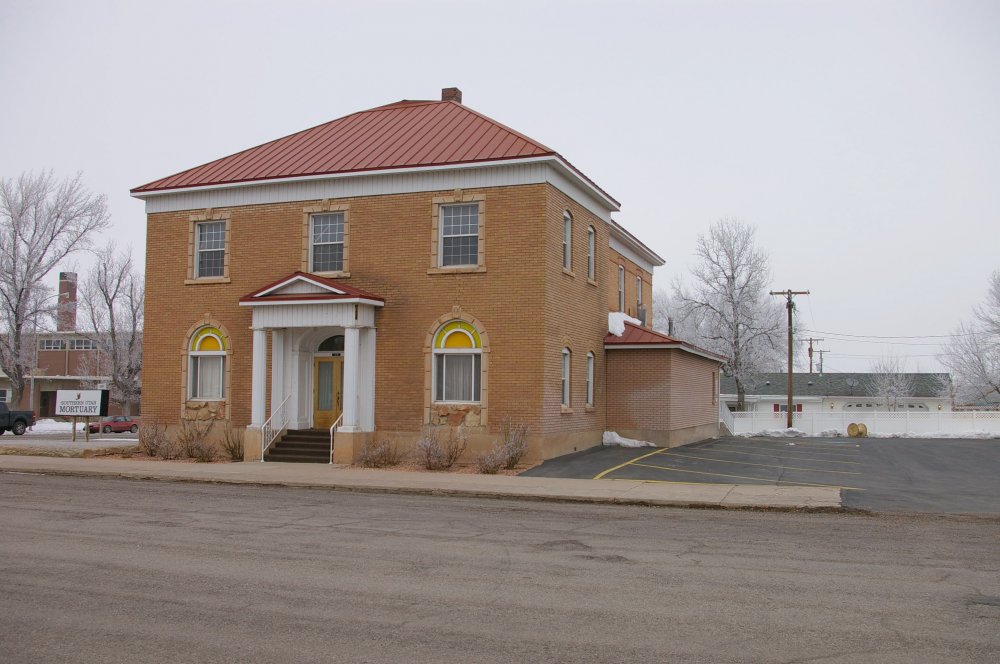 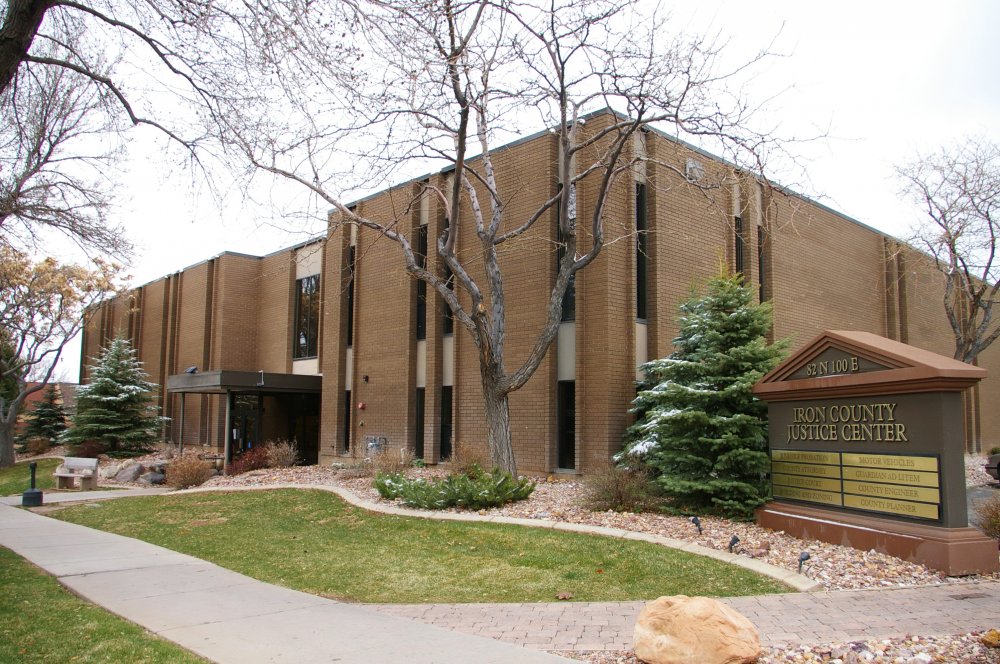 Description:  The building faces west and is a two story red colored brick and concrete structure. The west front has a central entrance on the first story with a canopy supported by one post. On the second story is a large window. The north and south sections project and have narrow vertical windows. The roof line is flat. The building was formerly the forestry Building. 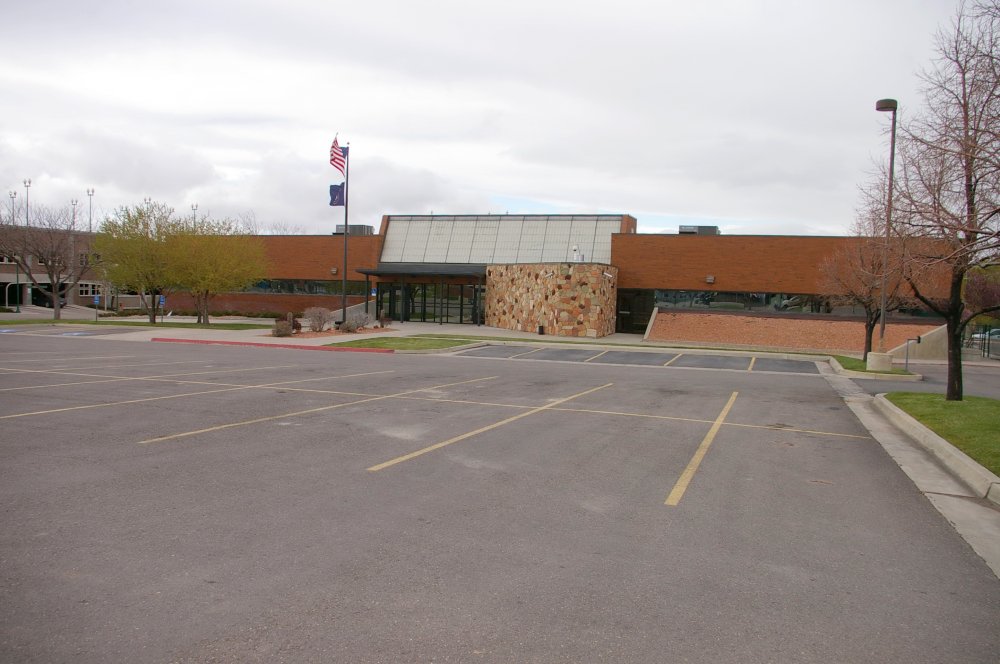 Description:  The building faces south and is a one story red colored brick, flagstone  and concrete structure. The south front has a central glass panel entrance with a flagstone wall on the east side. Above the entrance is sloped roof. The windows are horizontal. The roof line is flat. The building houses the 5th Judicial District Court. 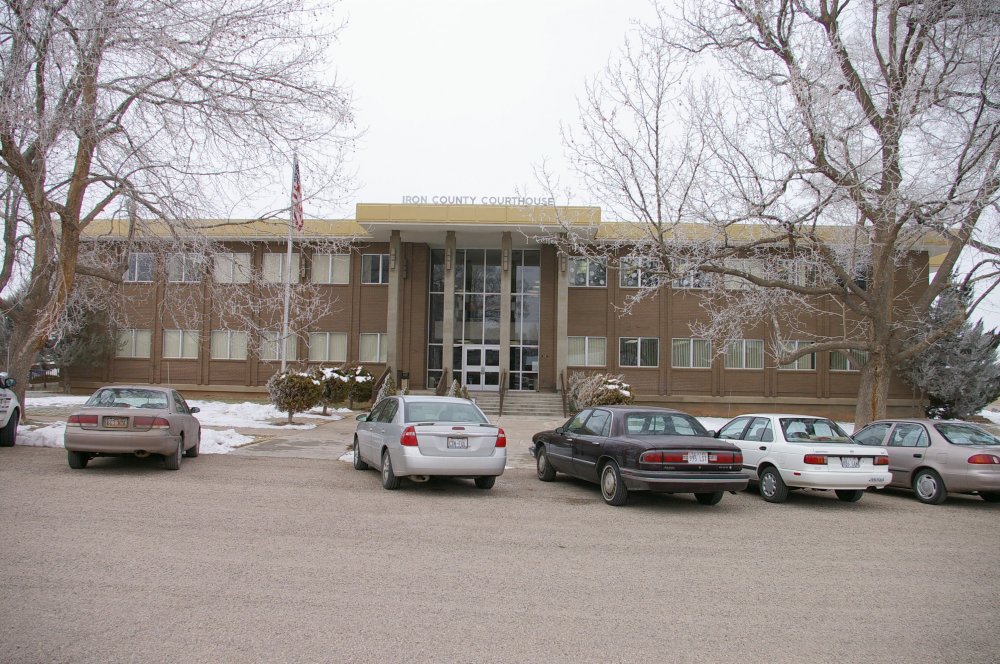 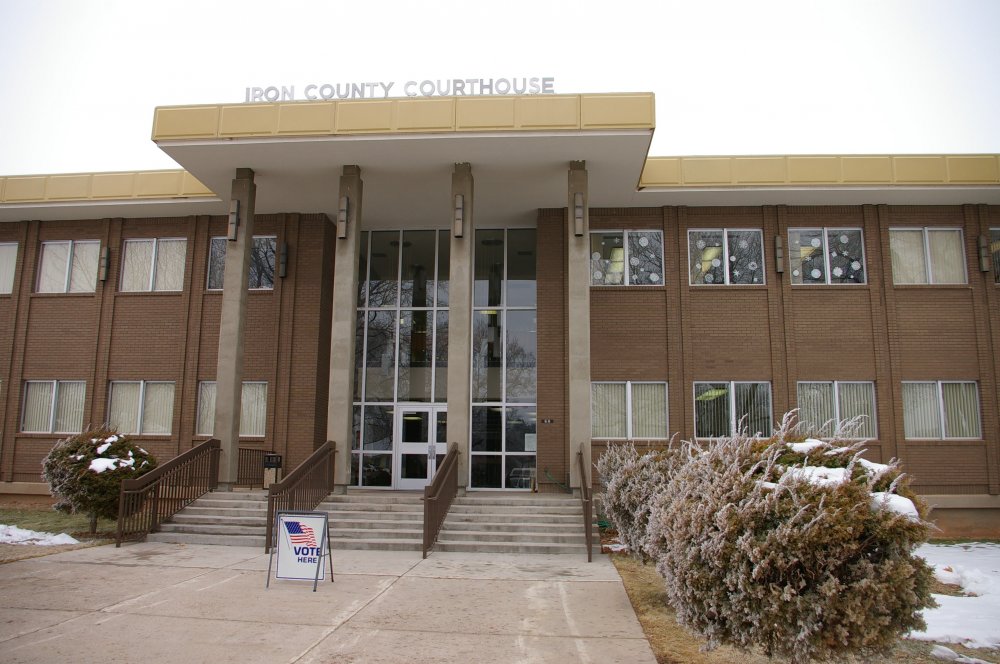 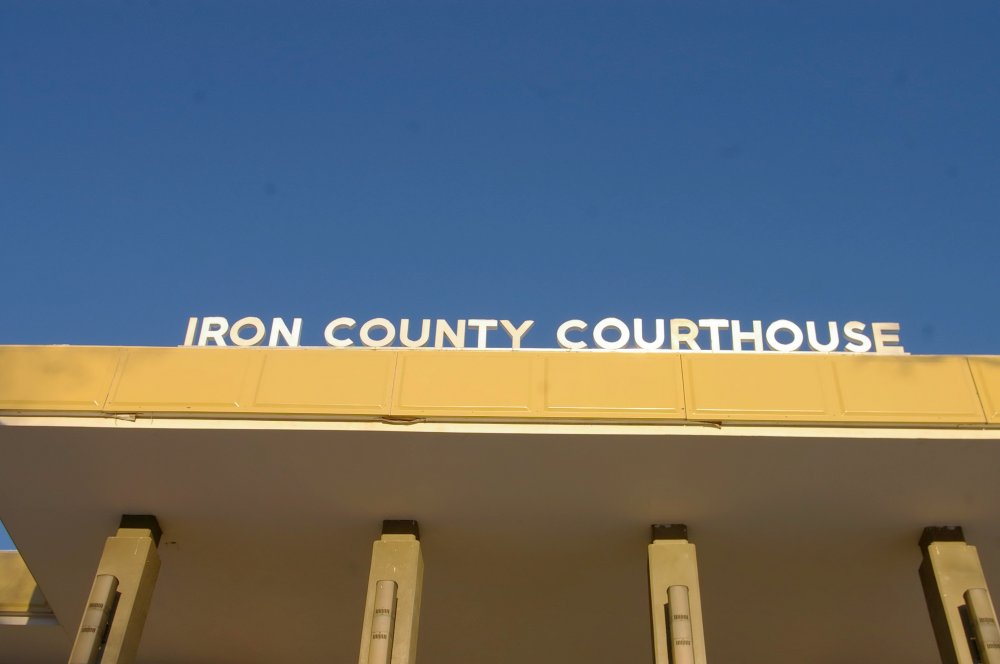 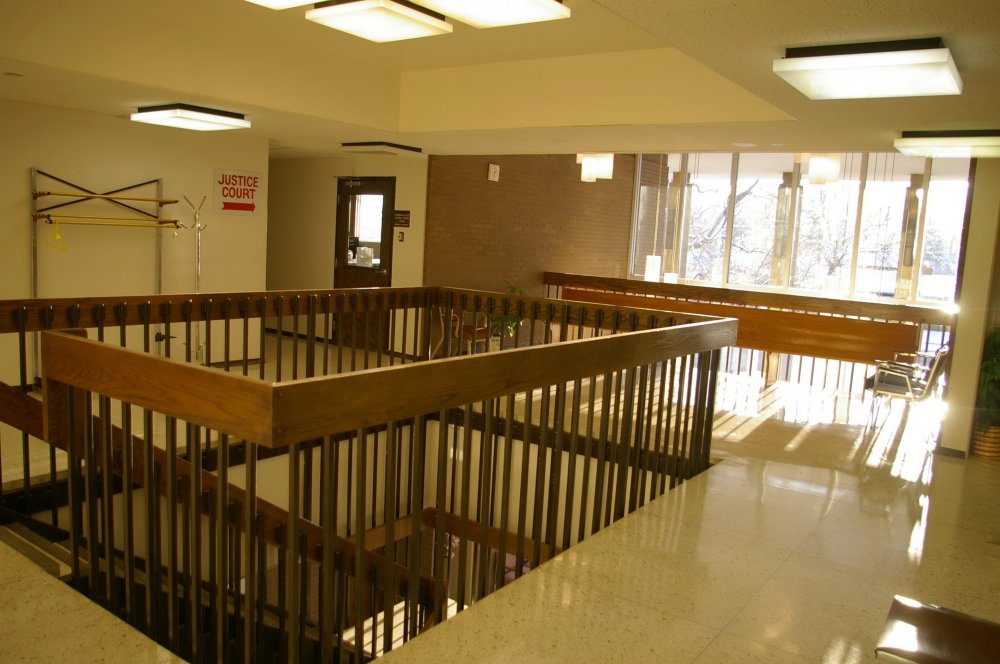 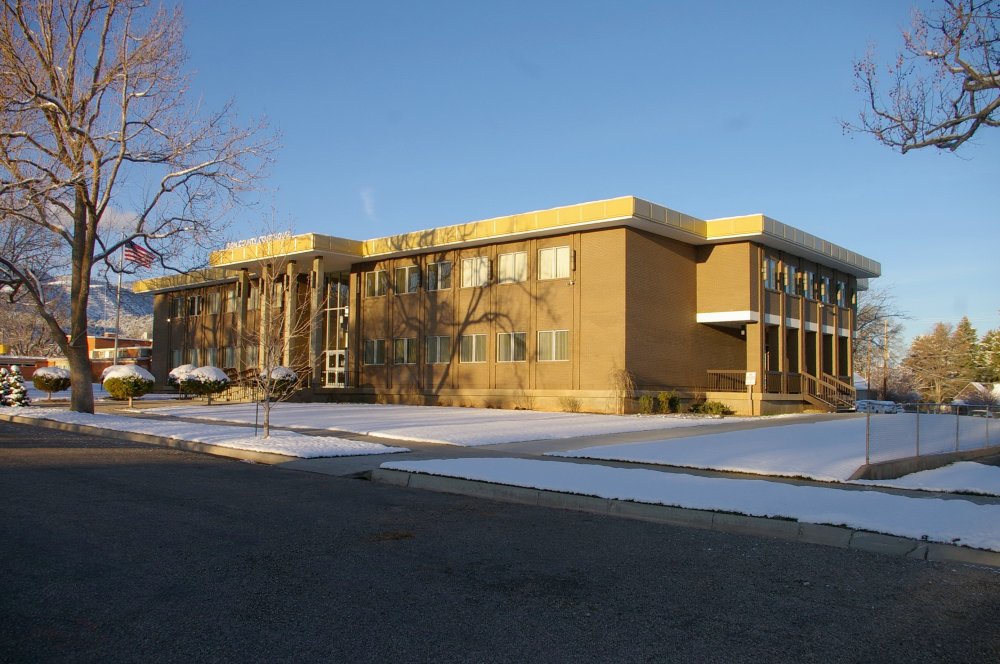 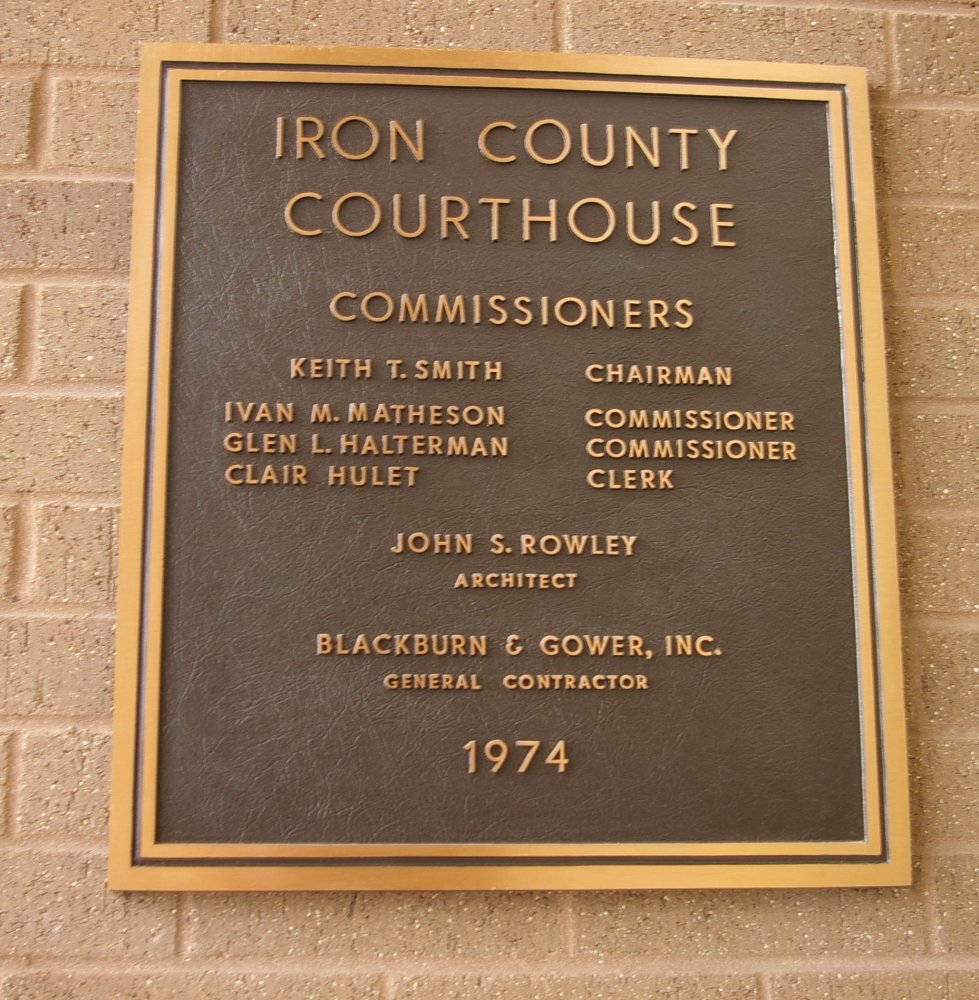 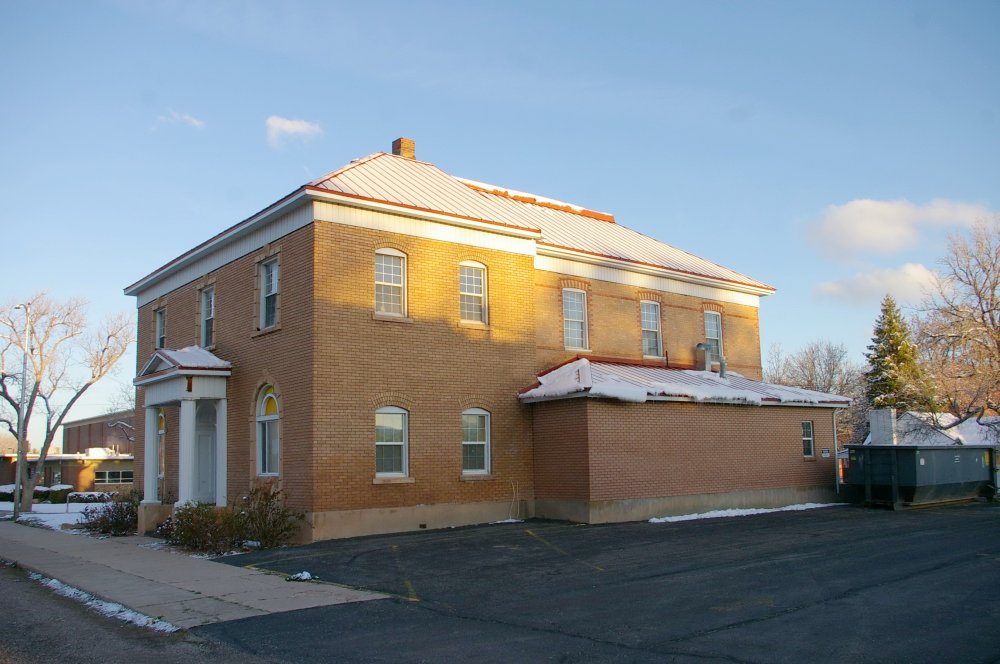