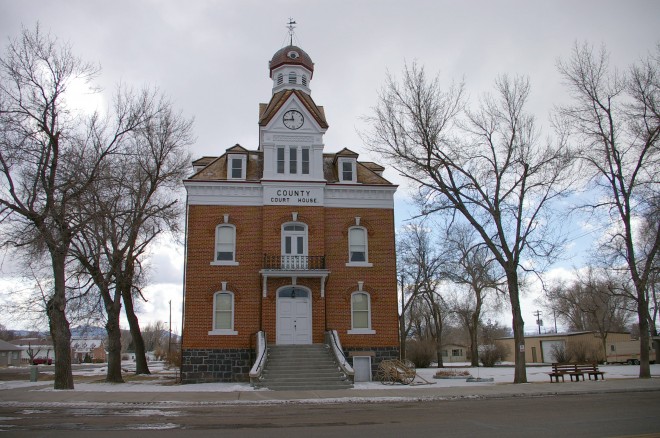 Beaver County is named for the many beavers located in the region.

Description:  The building faces north and is a three story red colored brick and wood structure. The building is located on landscaped grounds in the center of Beaver. The building has an arched entrance on the first story. Above the entrance is a small balcony with white colored doors. At the roof is a square wood cupola with clock and at the top is an octagonal wood cupola with round black colored roof and topped with four bull’s-eye windows and an iron weather vane. There is a small third story attic. The foundation is black igneous rock quarried in the mountains. The interior has walls and ceilings of painted plaster. Interior doors are five panel with glass transoms to offices. A square shaped courtroom occupies the front of the second story. The ceiling is divided into nine coffers by beams in both directions with acorn pendants at intersections. Beams rest on turned struts coming out of flat pilasters. Two metal pipe columns under the back corners of this tower have metal capitals ornamented with leaves and an ornamental band at eye level. The judge’s bench has small heavily moulded panels behind heavily ornamented columnar forms which support a sort of cornice which surrounds the counter surface. Windows and doors are framed with fluted pilasters; keystones of the elliptical arches are brackets surmounted by segmental arched pediments. Railings have partially turned balusters and newels with hemispherical bumps on balusters and sides of railing. The building was rebuilt in 1889. The architect and contractor was Richard K A Kletting. A sandstone jail was constructed at the rear of the building. 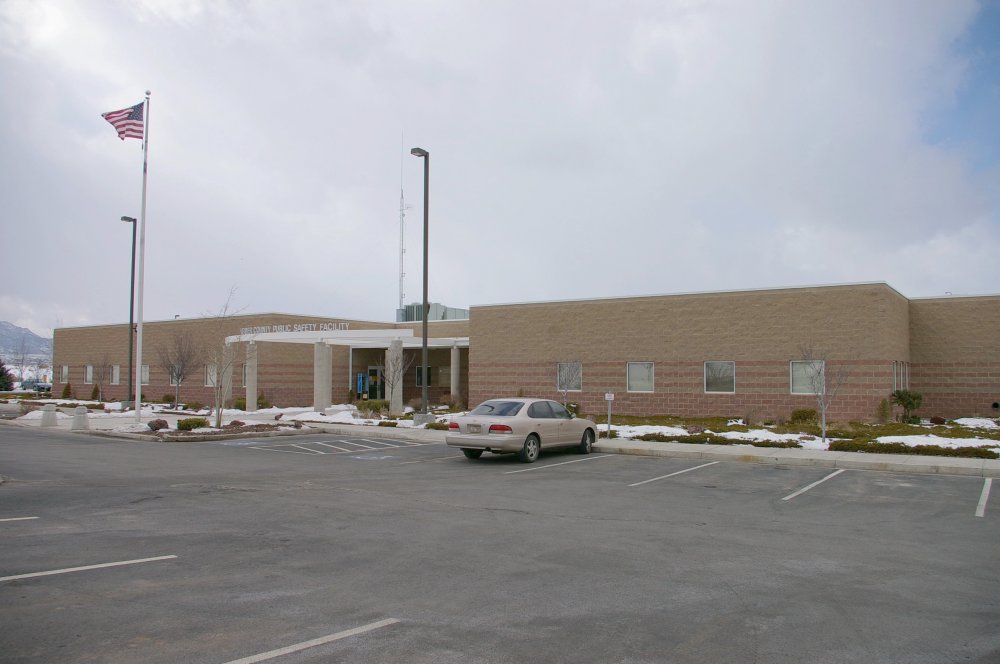 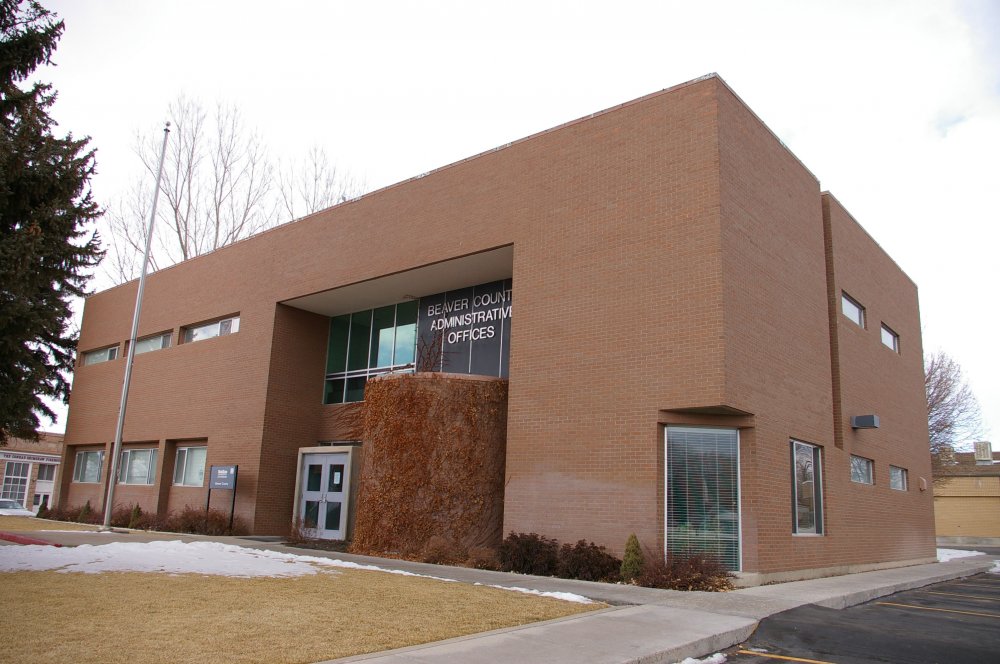 Description:  The building faces south and is a two story reddish colored brick and concrete  structure. The building is located in the center of Beaver The building has few windows and has a central entrance on the south front. Above the entrance is a large glass section. In the interior on the second story is the former courtroom which is now the Commissioner Room. The building served as the second County Courthouse until the Public Safety Building was constructed in 1998. 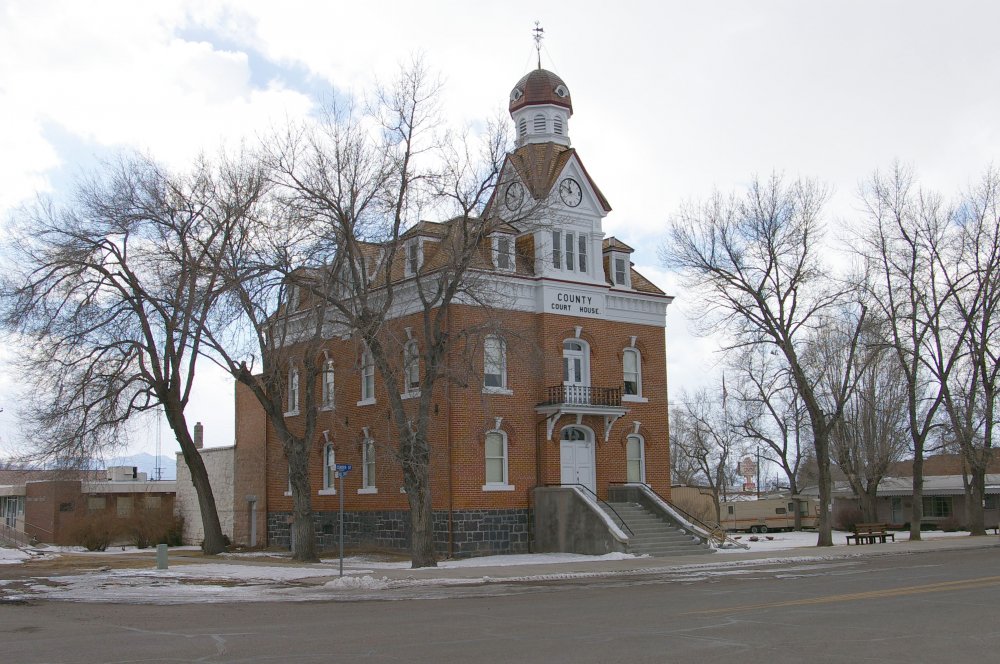 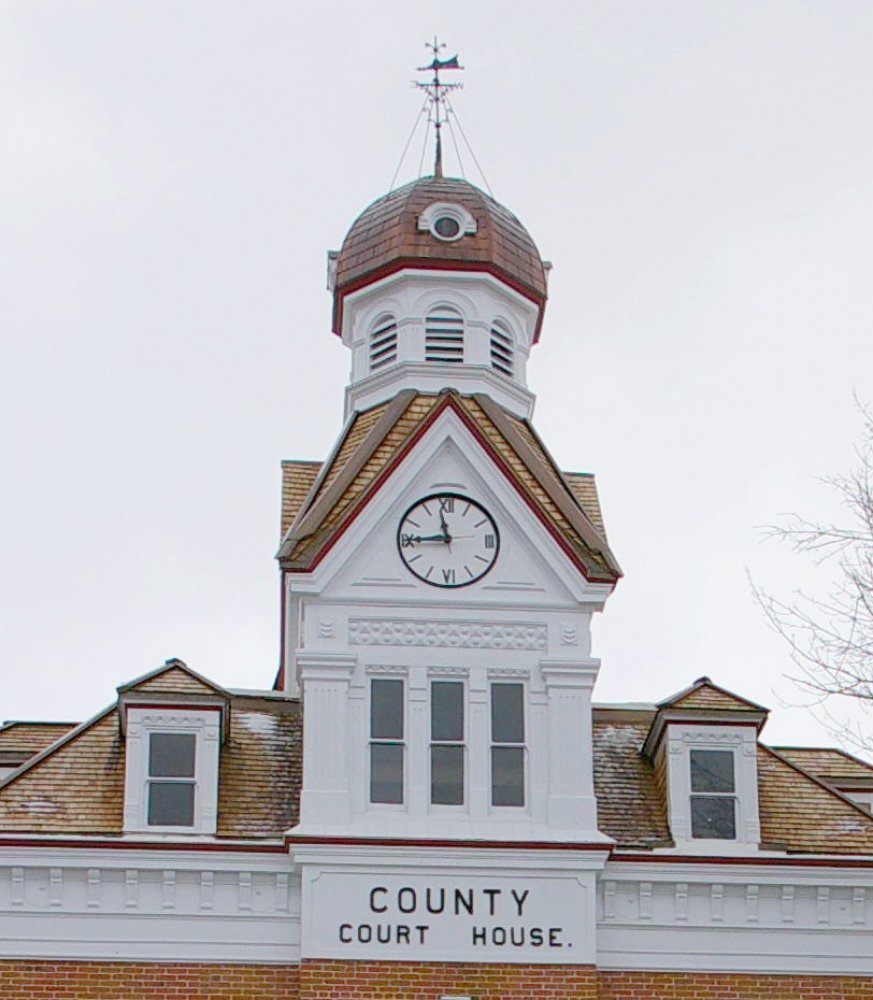 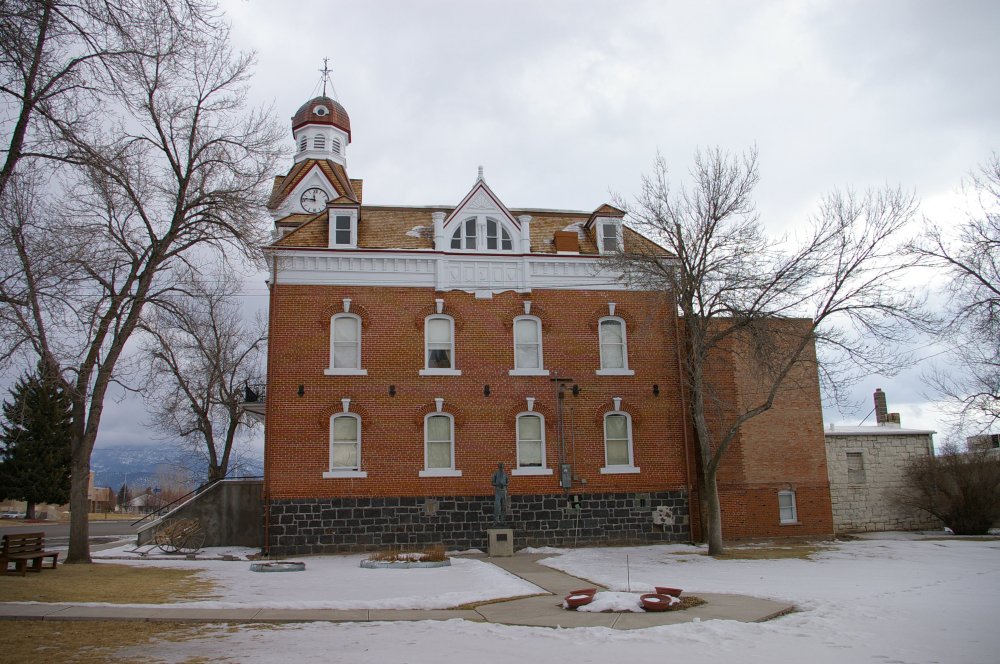 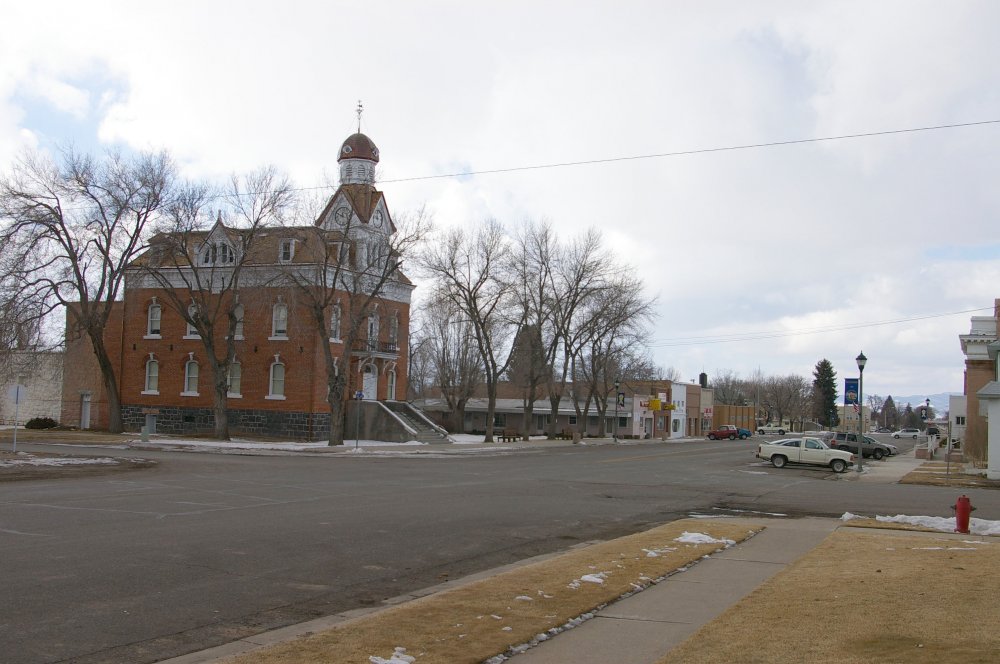 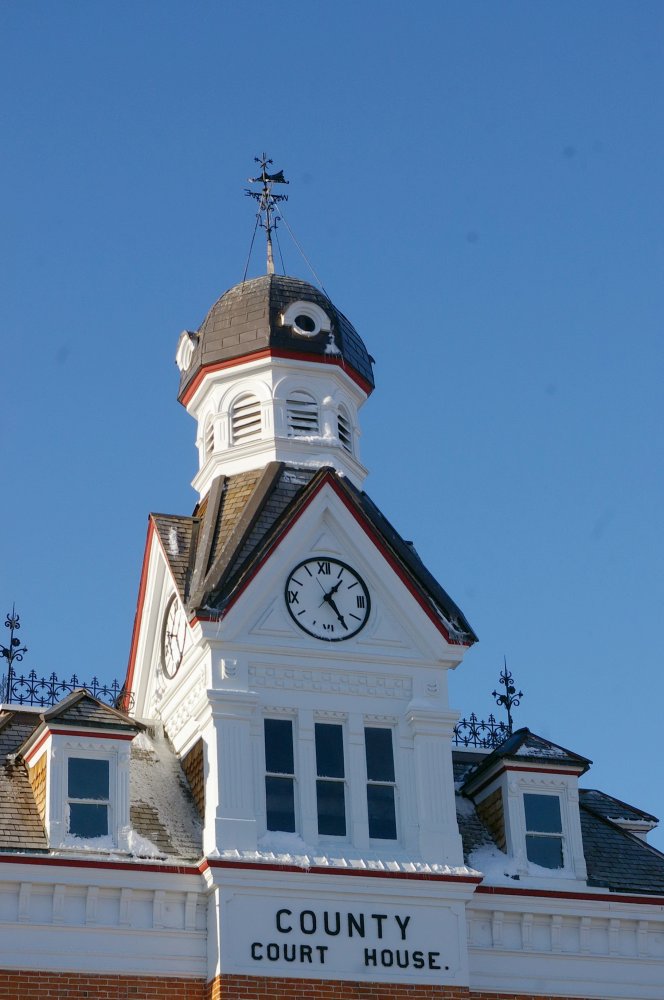 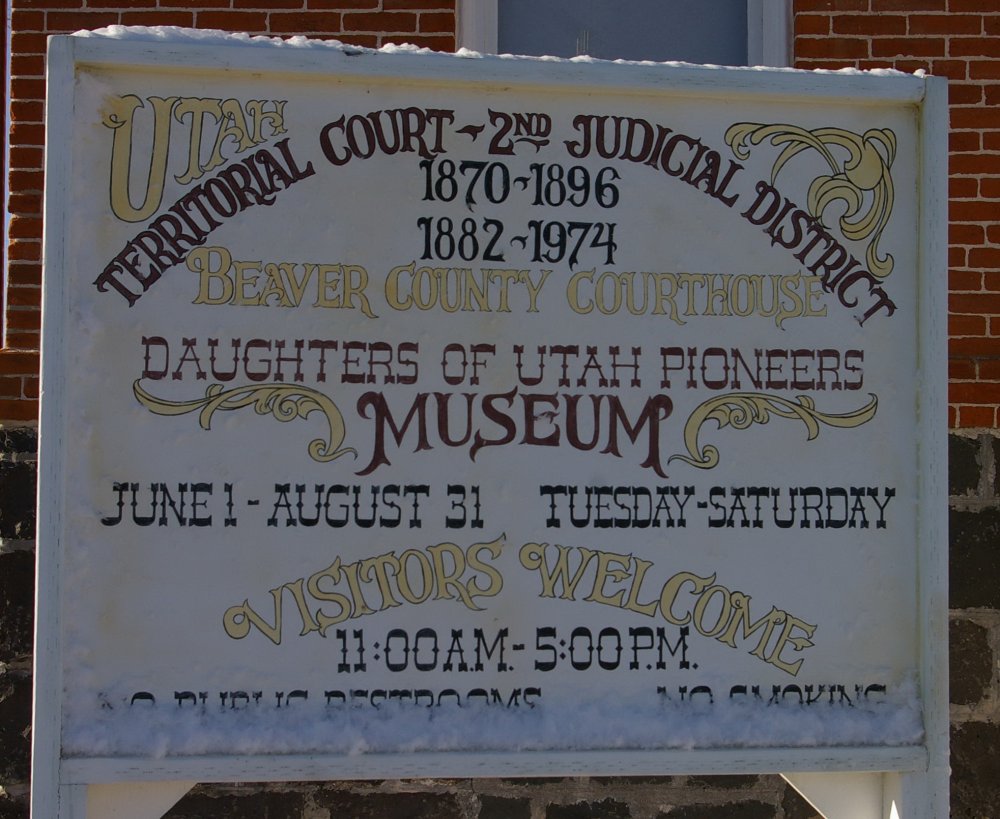 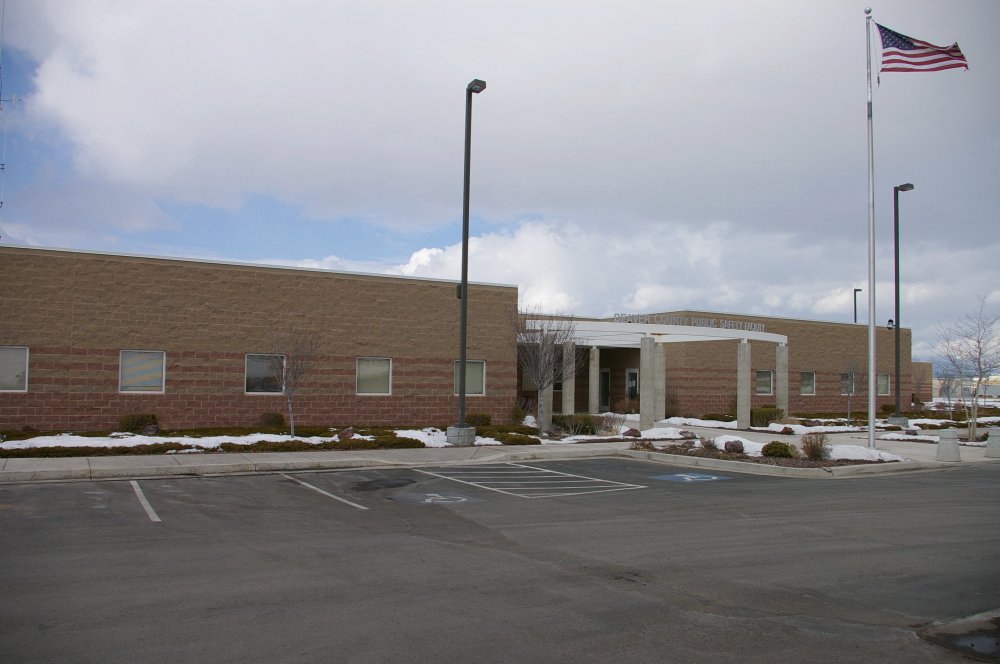 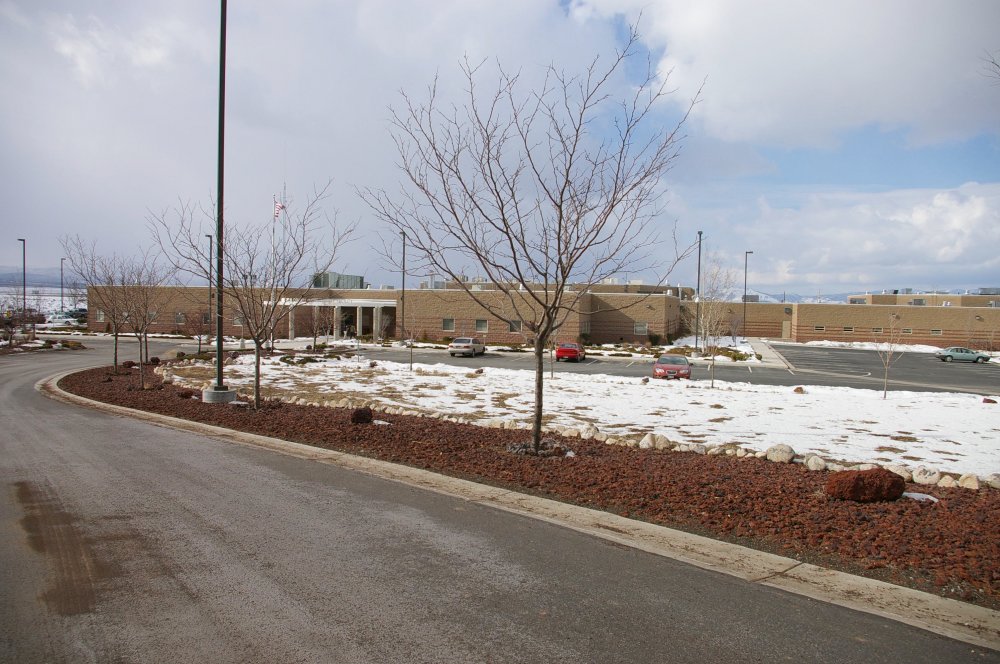 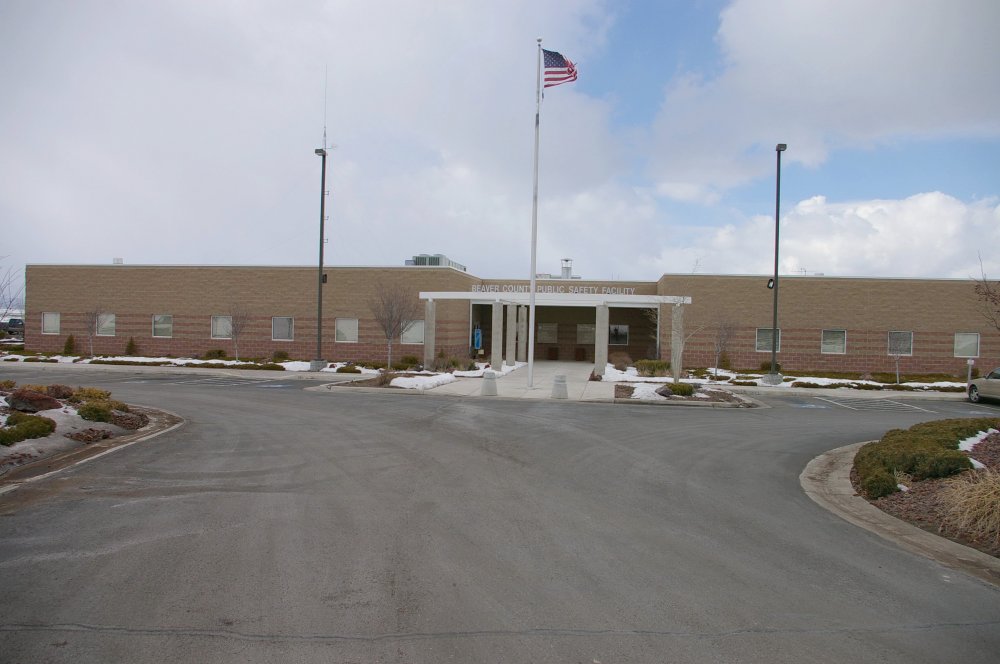 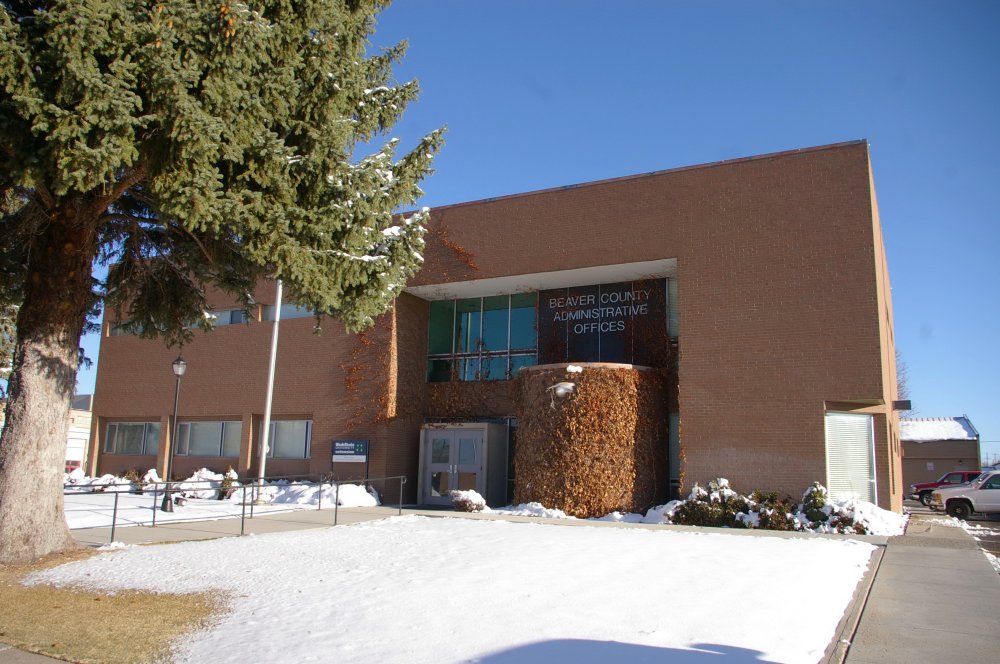 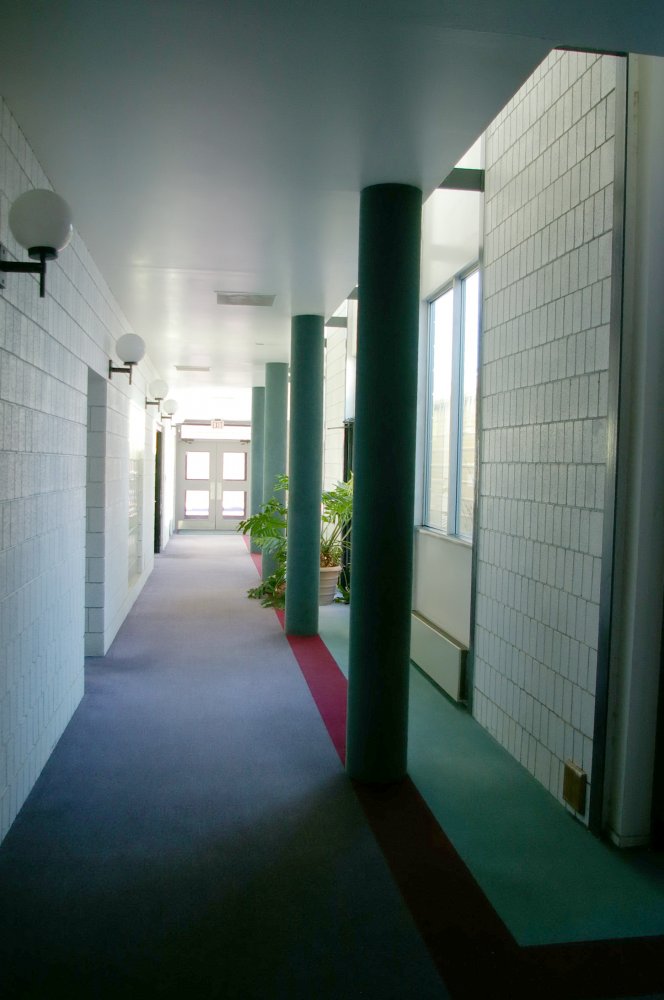