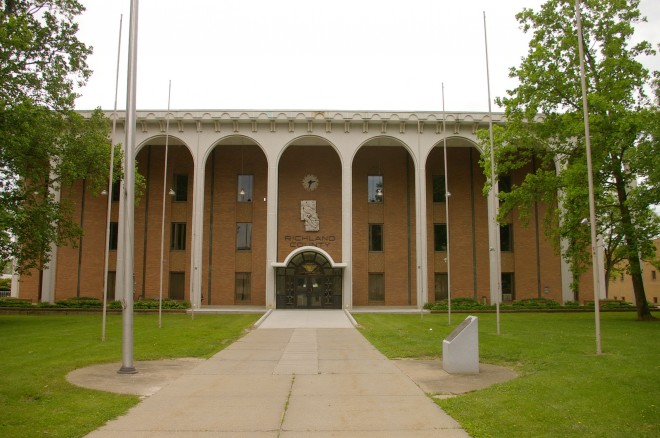 Richland County is named for the rich soil in the county.

Description:  The building faces north and is a three story red colored brick and concrete structure. The building is located on landscaped grounds. The north front has pre-cast concrete arches that form a portico across the front. The central entrance has a one story concrete canopy with glass walls. Above the canopy is a clock. When the courthouse was first constructed the building had round chandeliers hanging from the portico, which matched lights in the interior, but the chandeliers deteriorated and were later replaced by hanging lights. The roof line is flat. 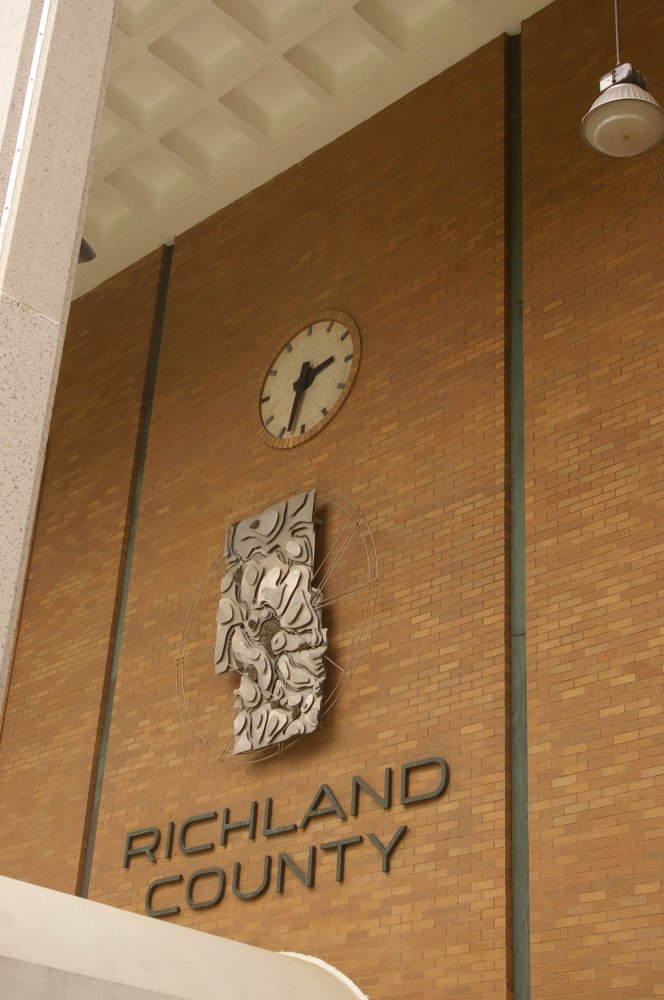 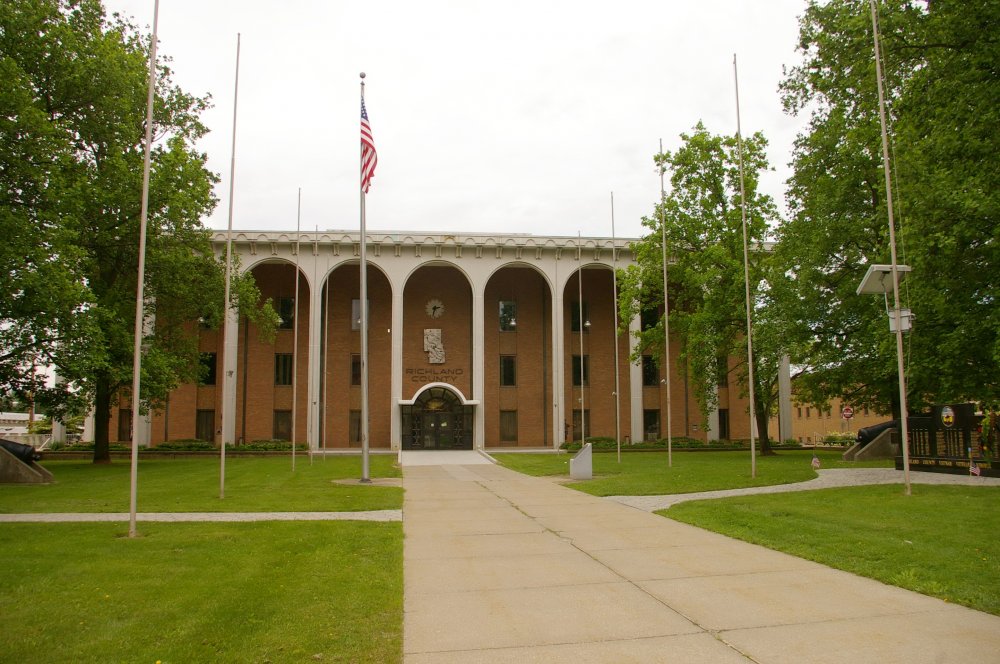 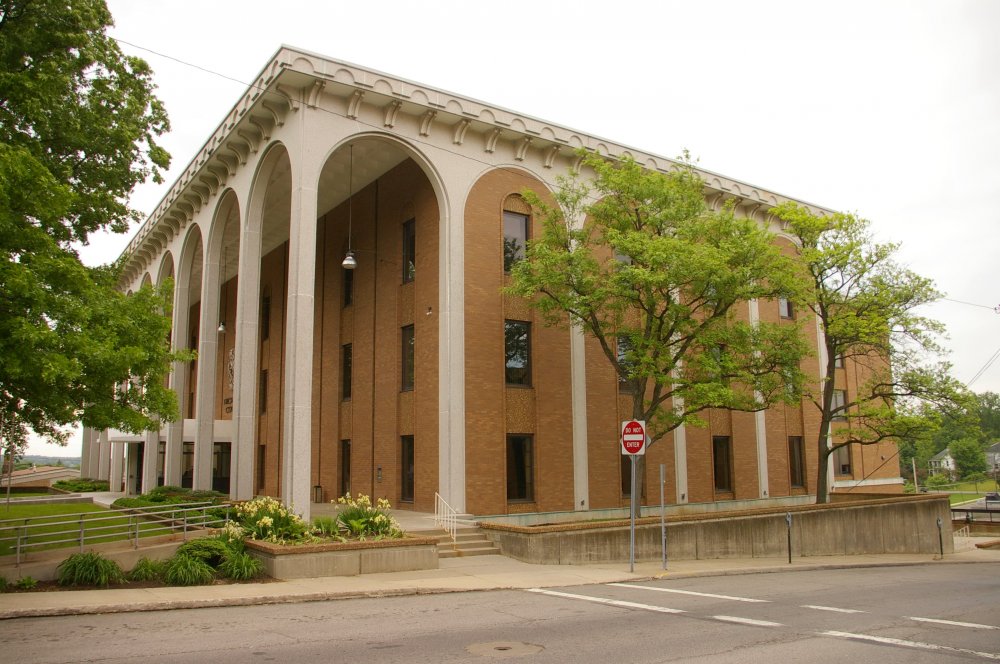 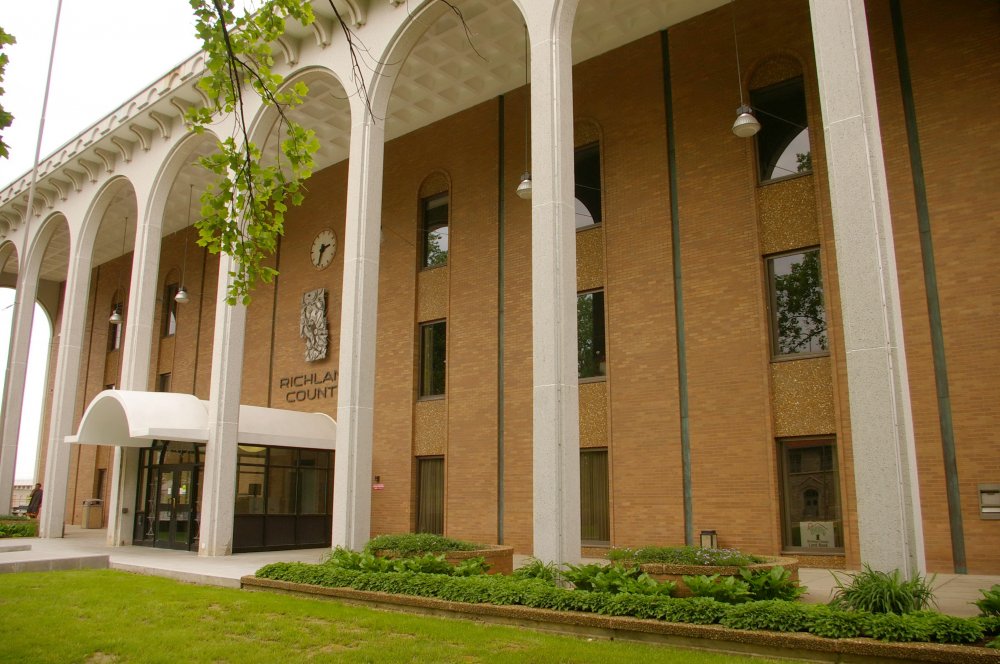 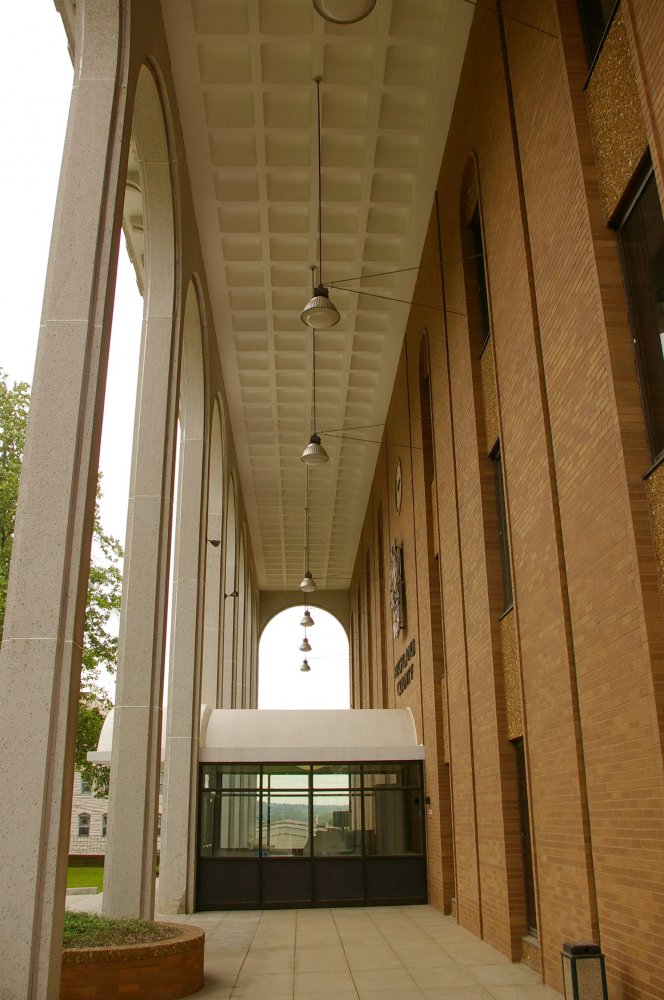 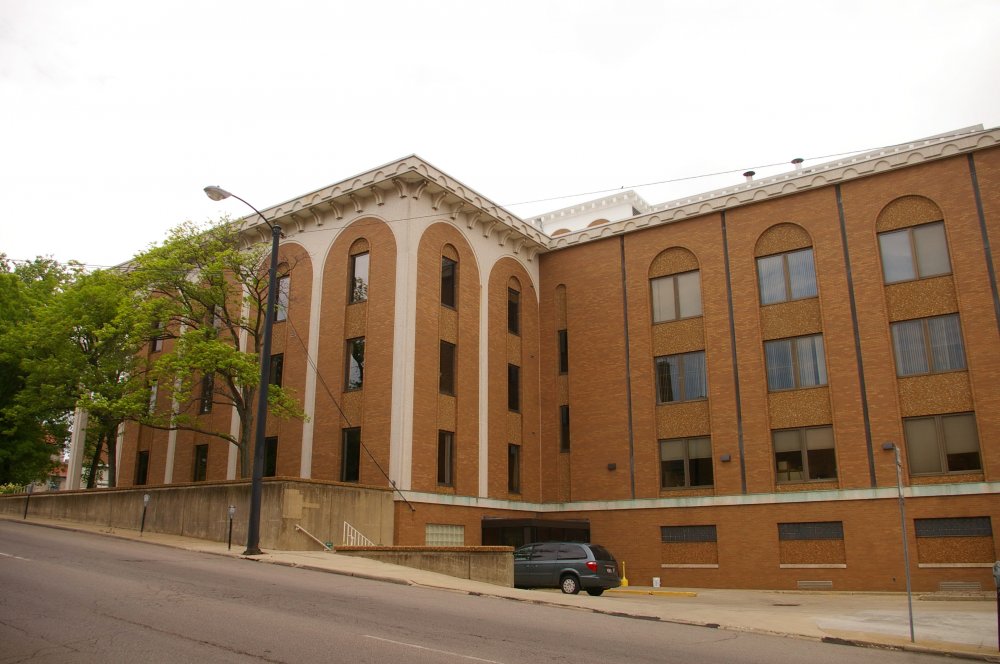 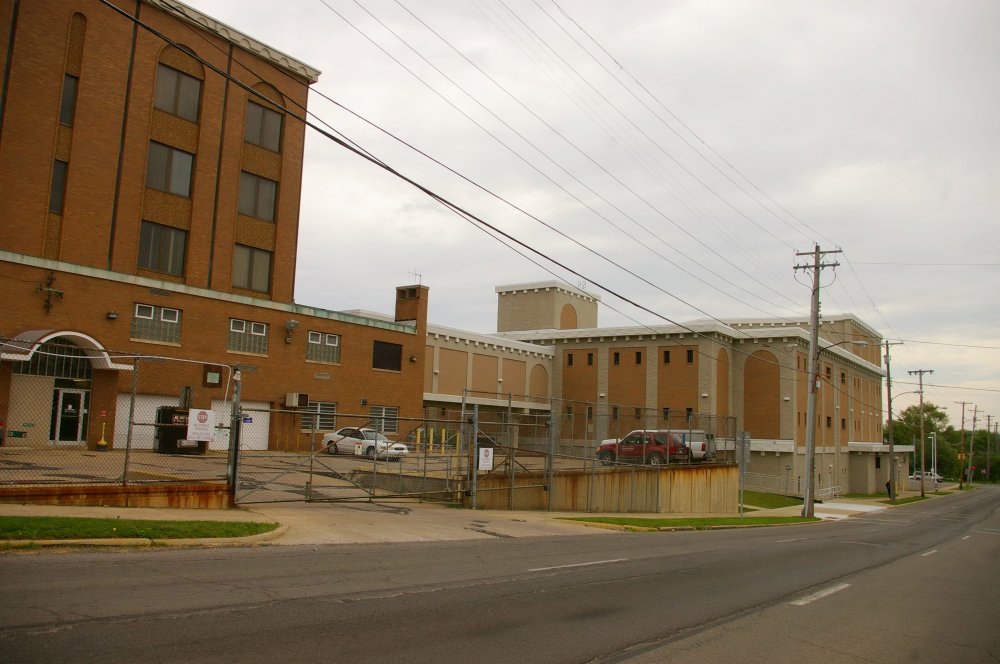