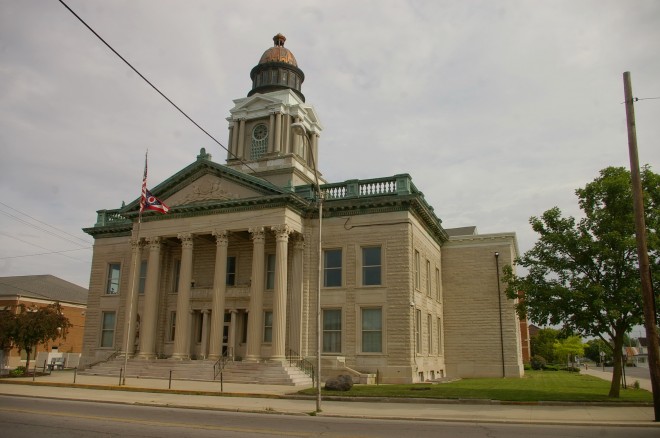 Crawford County is named for William Crawford, who was a hero of the American Revolutionary War.

Description:  The building faces south and  is a three story buff colored rusticated sandstone blocks structure. A stone-clad exterior was placed over the original brick front façade. The south front has a large portico with six high Corinthian columns which support the entablature and pediment above. The recessed entrance has a one story portico with two columns and a balcony on the second story. A green colored balustrade runs along the roof line. On the roof is a high square tower with columns and round drum with copper colored dome at the top. An addition was added in 1893. The architect was J L Assenheimer. In 1906 to 1908, the building was extensively remodeled. The architect was Harlan F Jones of Mansfield and the contractor was A E Hancock 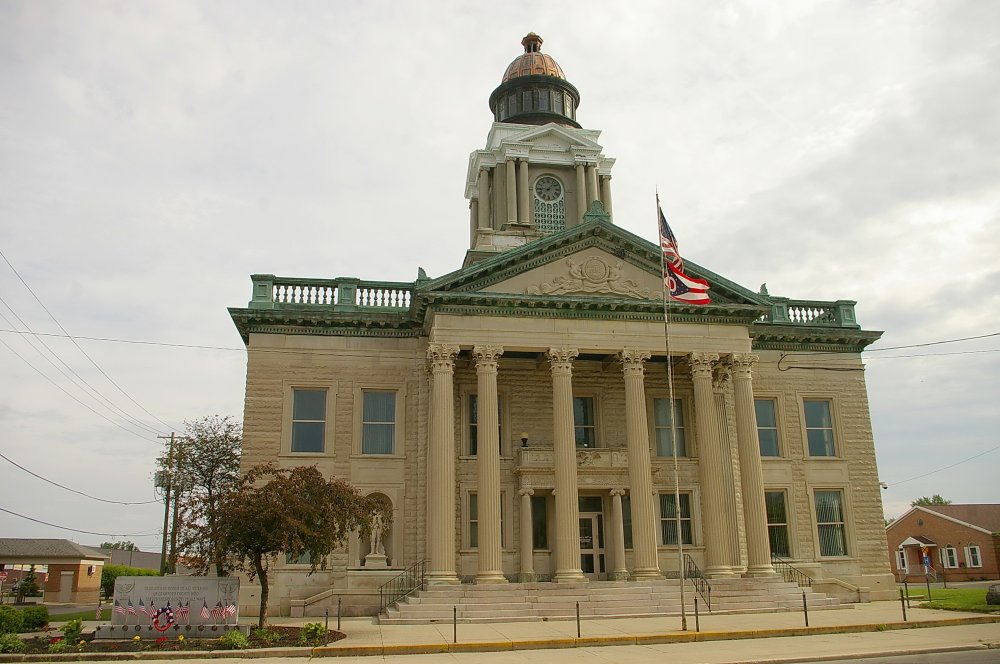 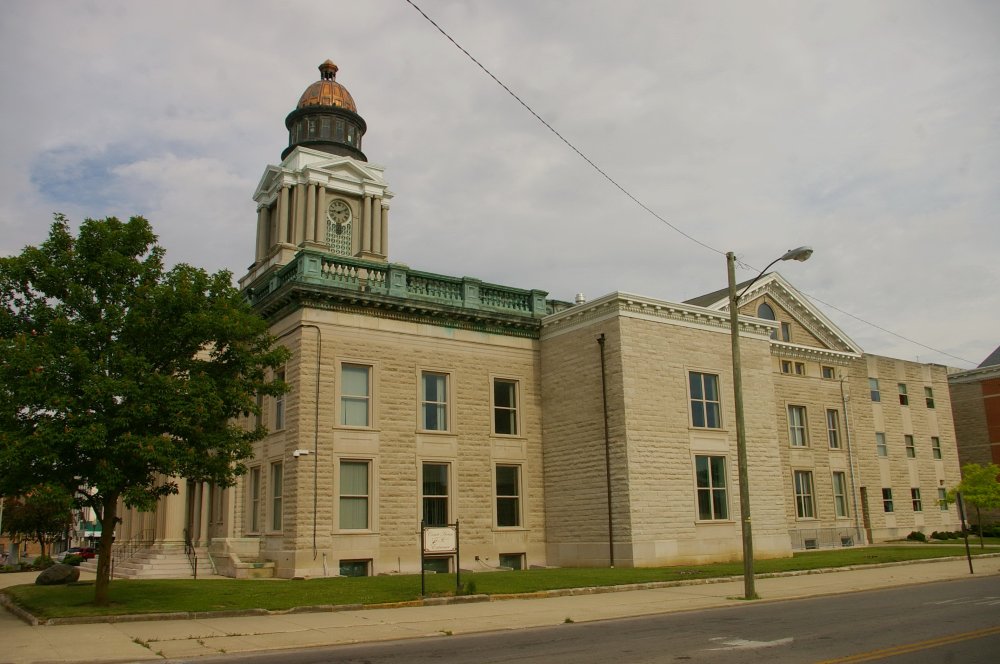 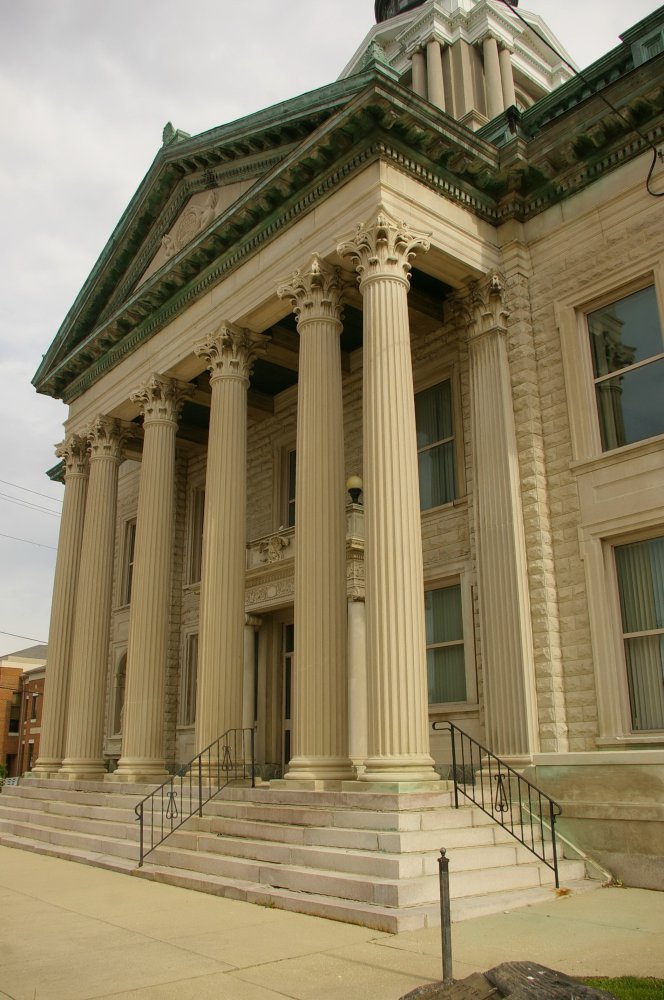 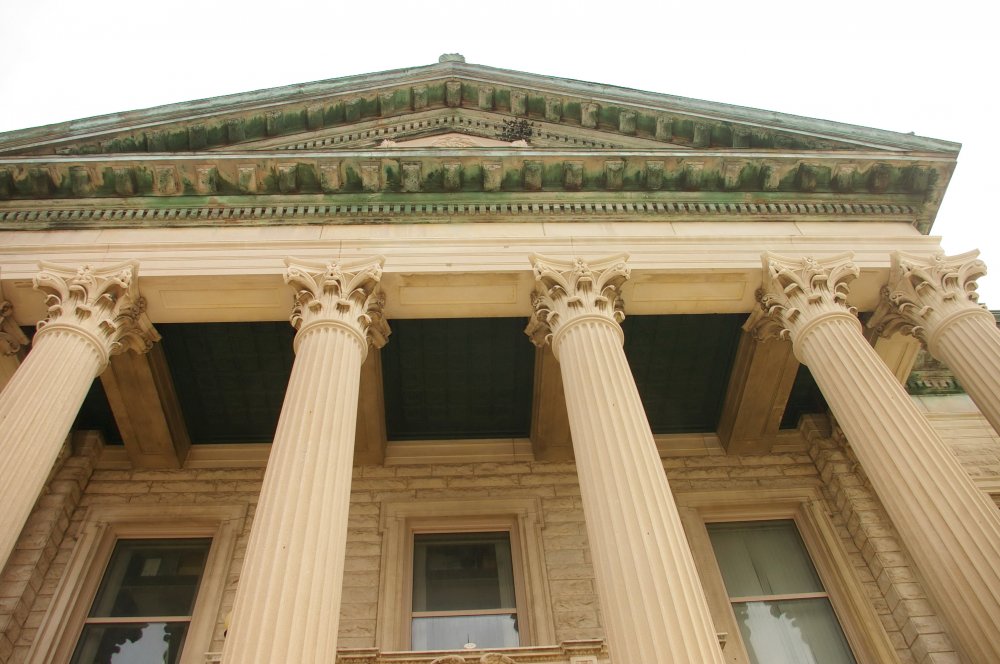 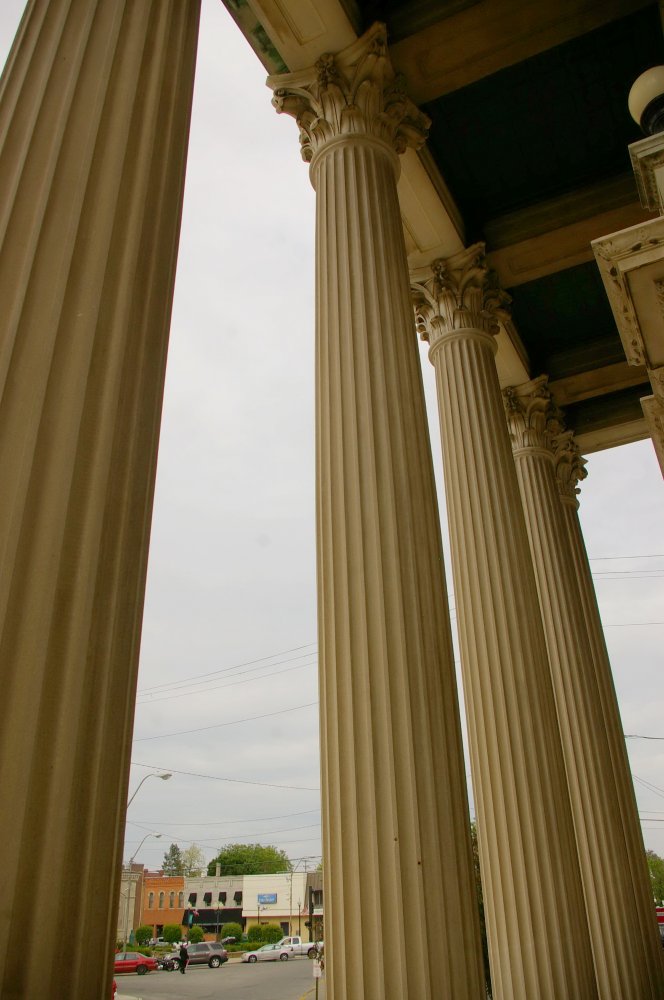 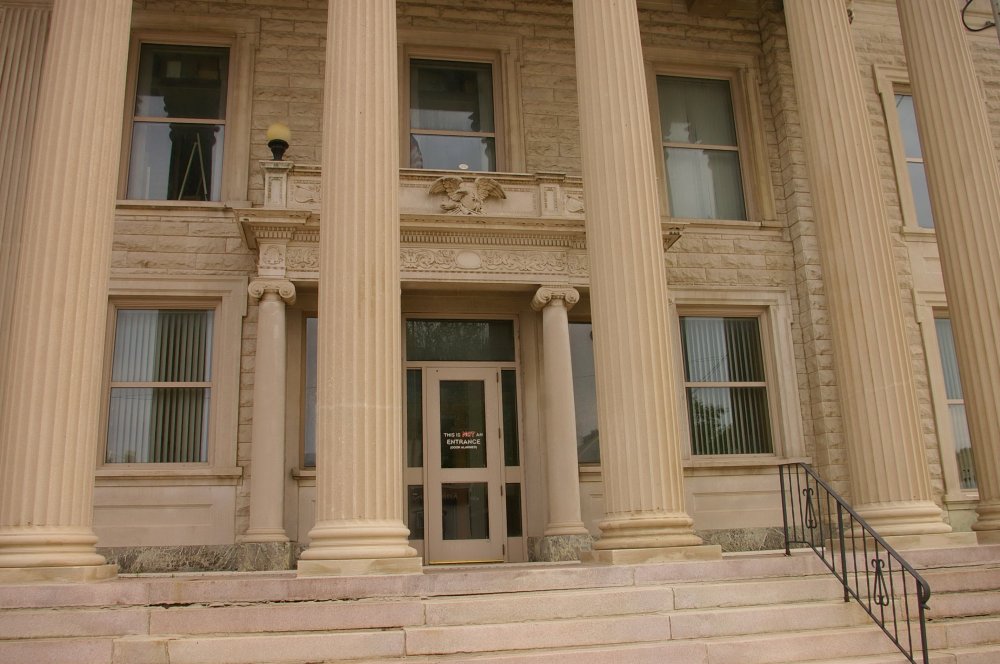 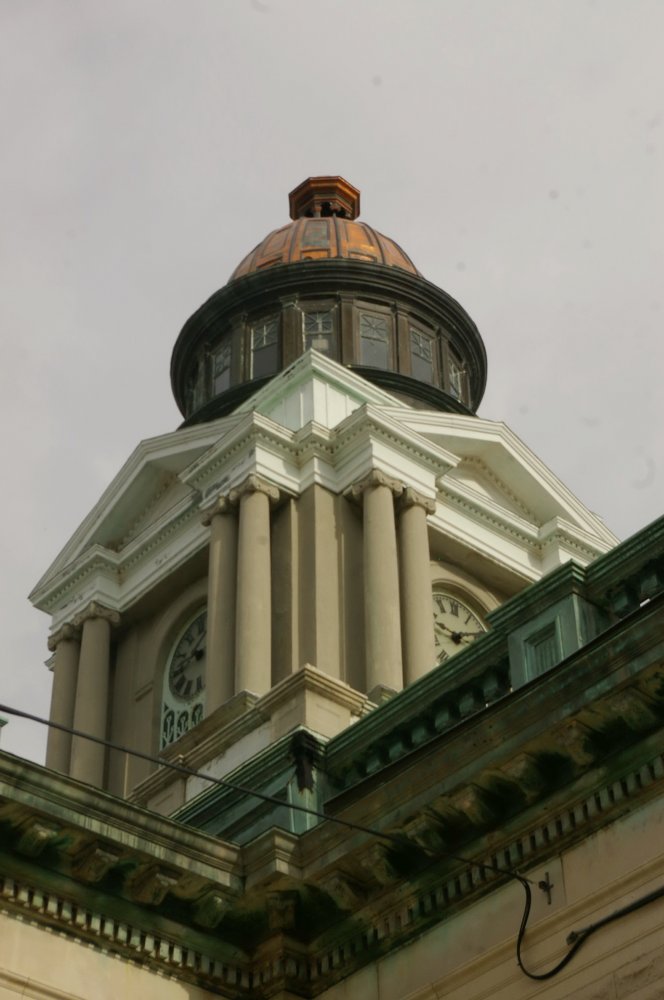