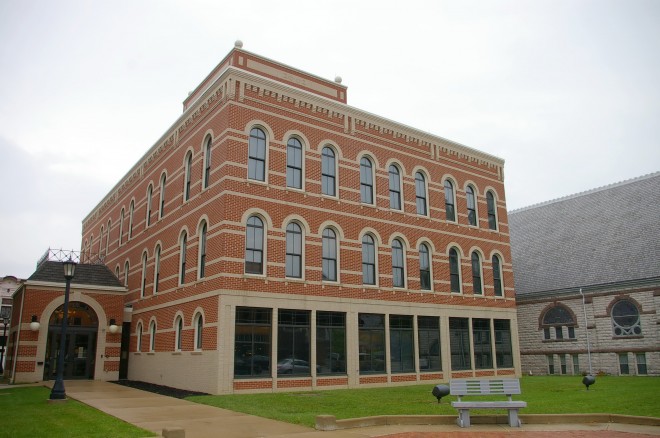 Seneca County is named for the Seneca Native American tribe.

Description:  The building faces south and is a three story red colored brick and concrete structure. The building is located on spacious landscaped grounds in the city center. The entrance is located on the west side with a one story section. The windows are arched. On the roof is a raised center section. The roof line is flat. On the west side are landscaped grounds where the old courthouse stood until 2012. 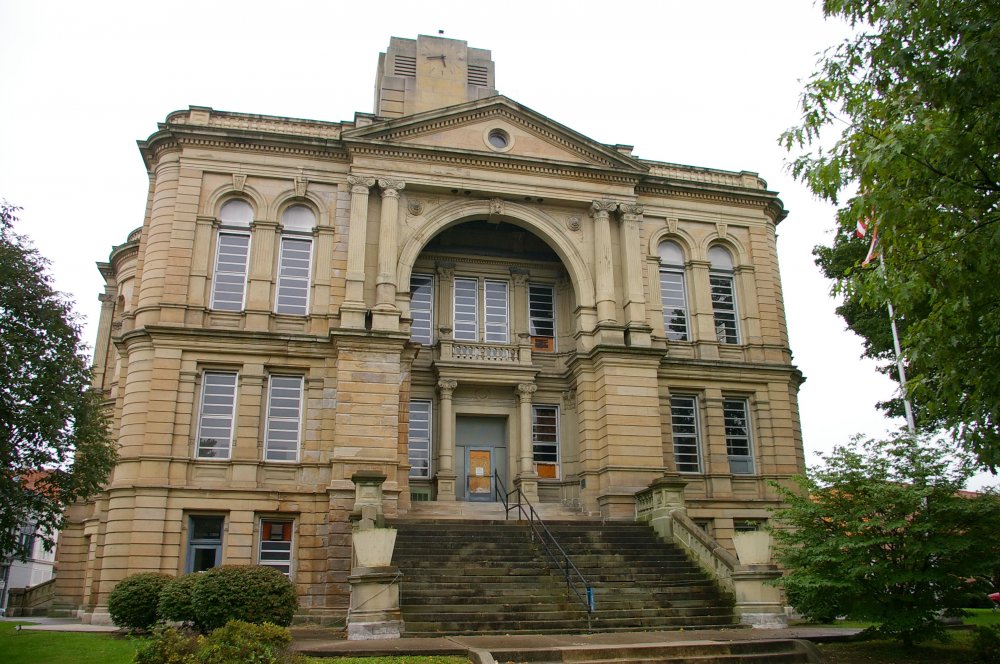 Description:  The building faced west and was a three story limestone structure. The west front had a large arch with recessed entrance and small balcony above the door. On the center of the roof was a limestone tower. The roof line was flat. The building was remodeled in 1944 and was torn down in 2012. It has been located on the south side of the present courthouse.

See:  The architect, Elijah E Myers of Philadelphia, also designed courthouses in Illinois in Knox County and McDonough County, in Indiana in Grant County. and in Ohio in Lorain County. 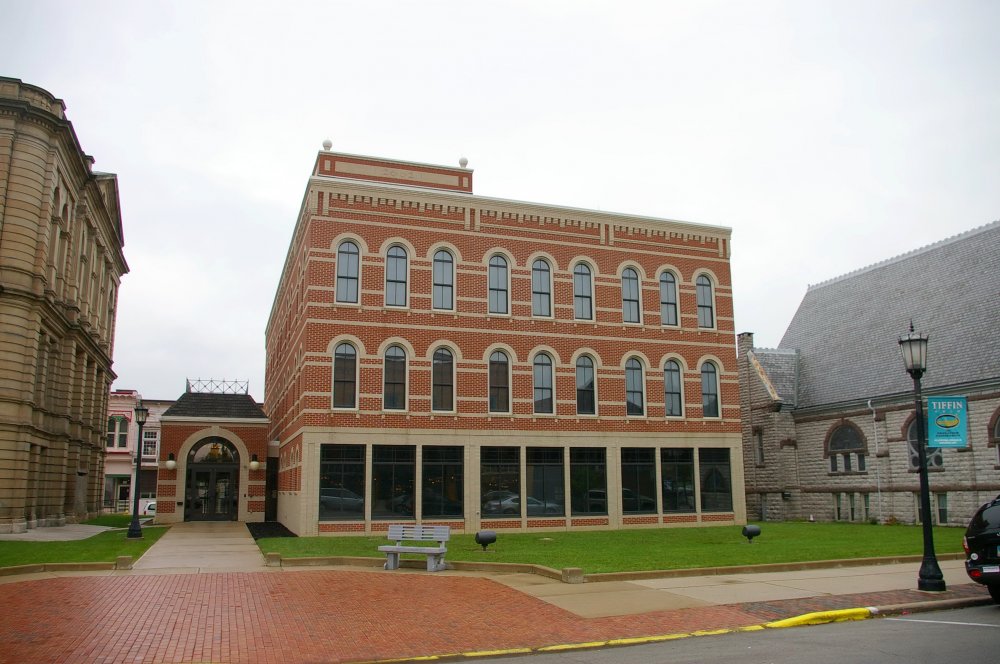 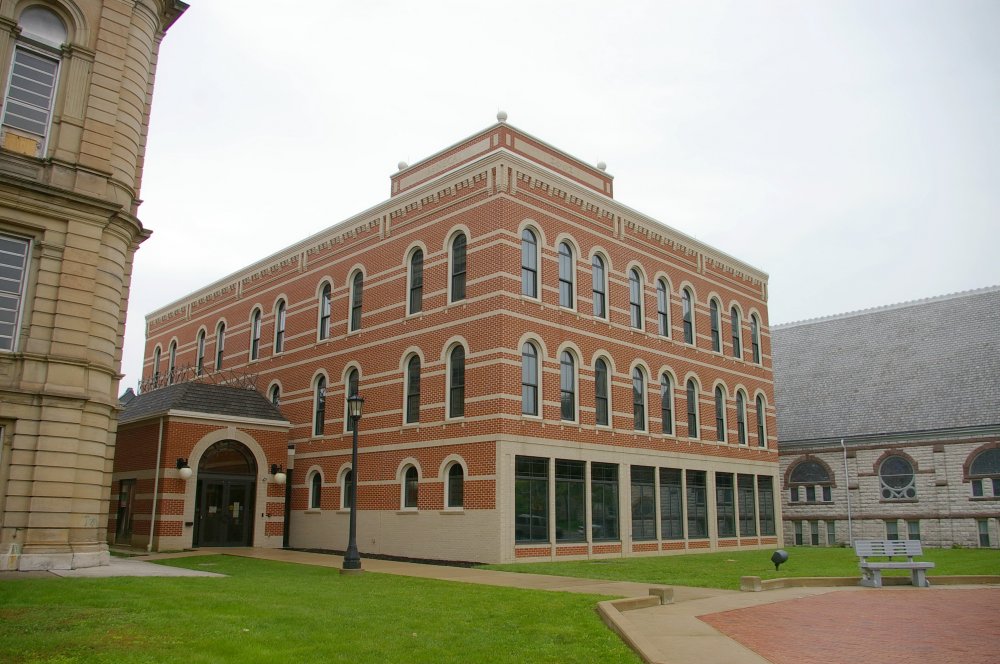 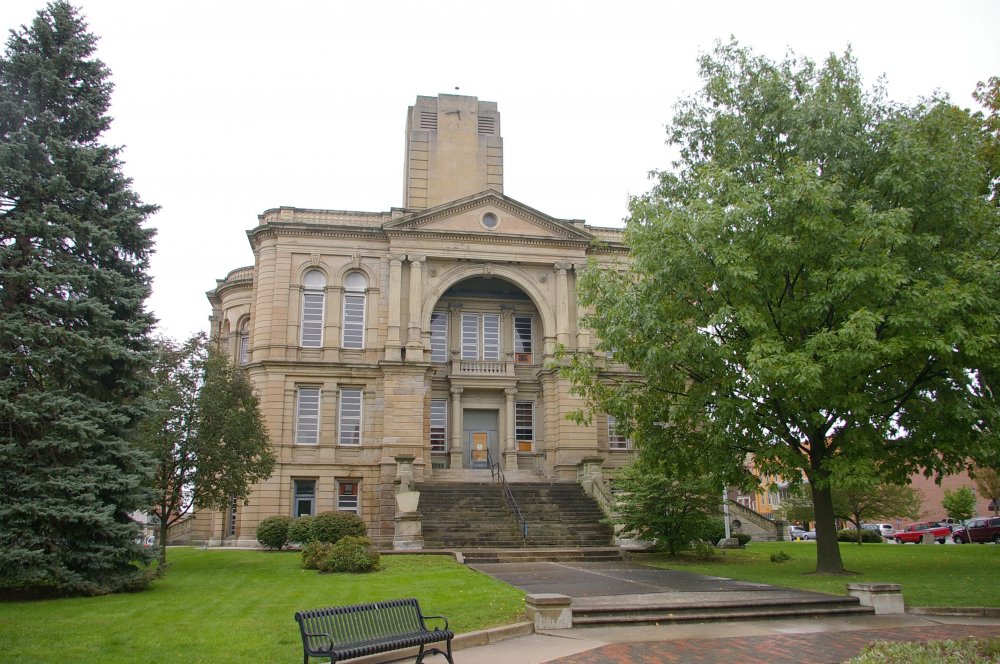 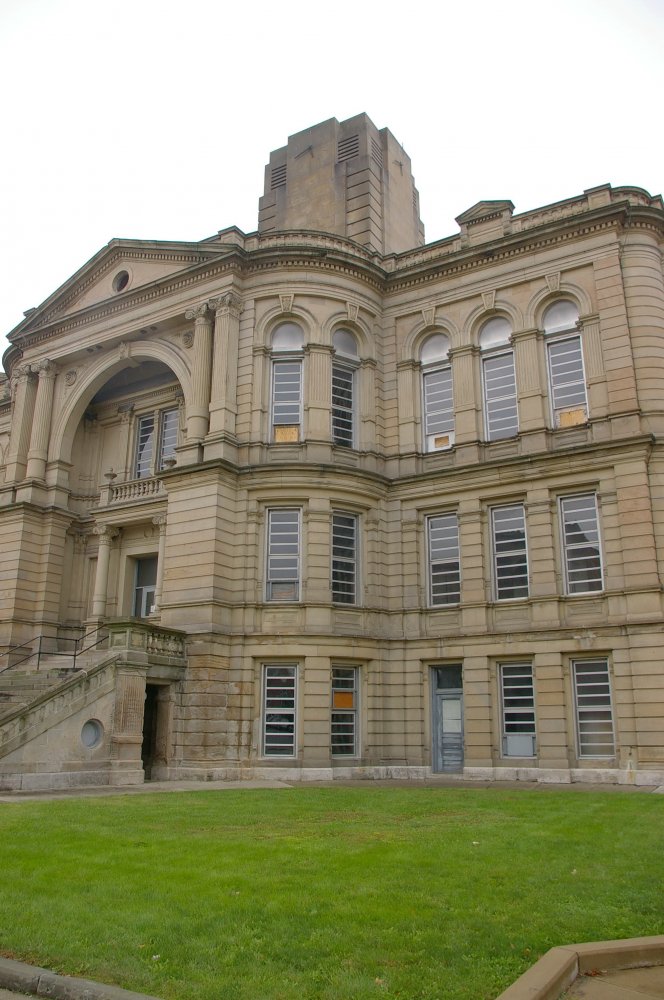 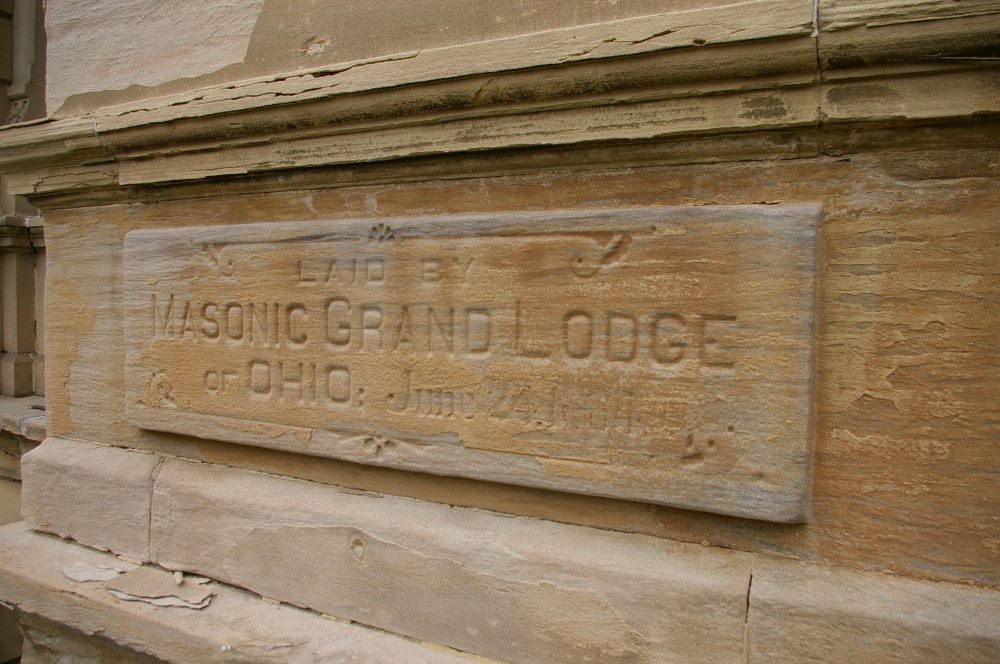 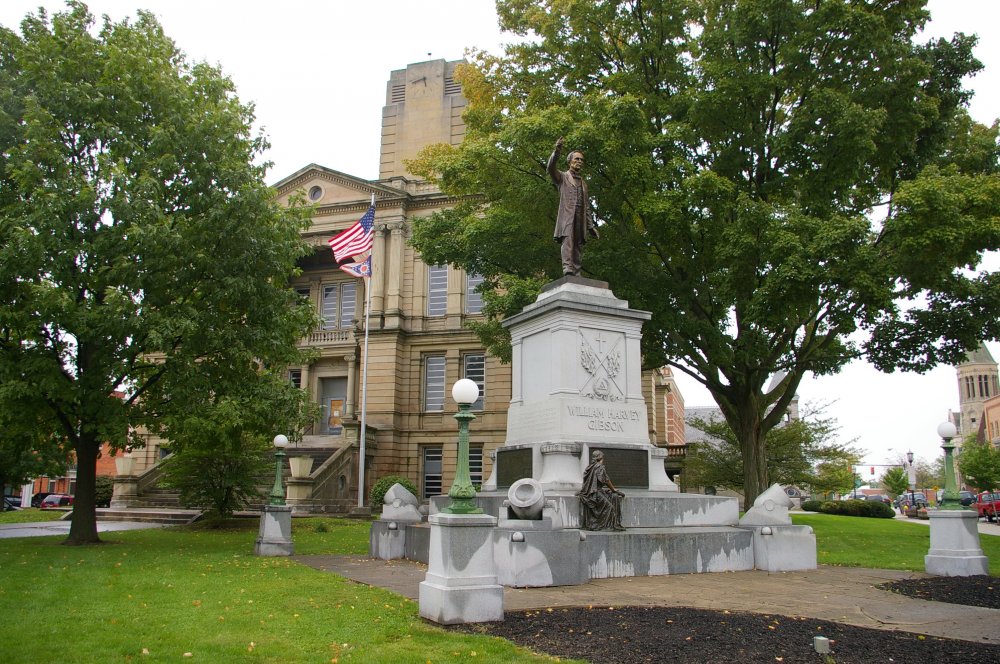 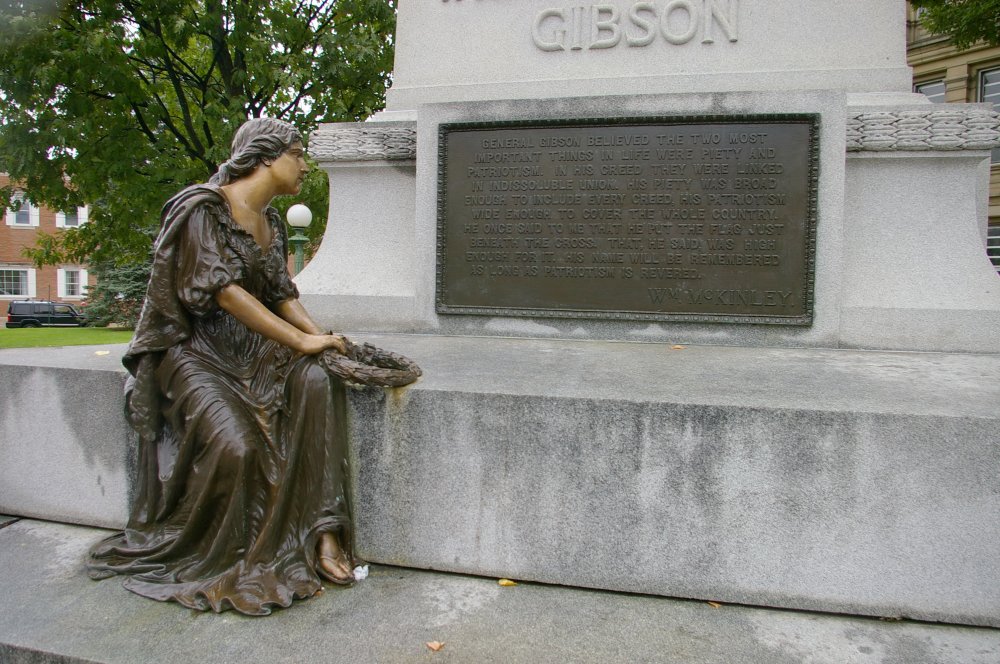 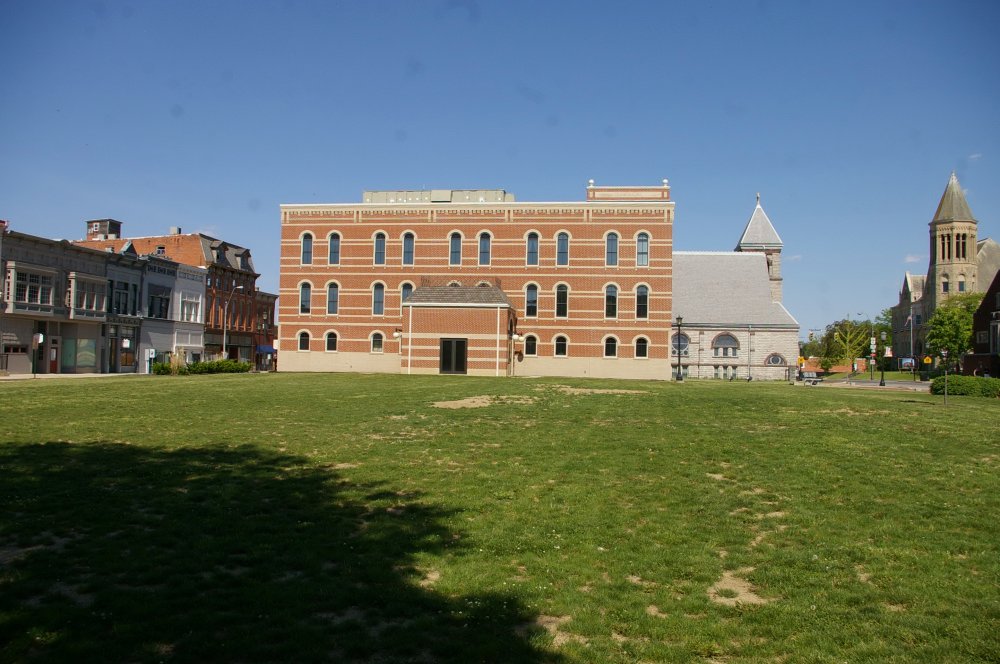 After old courthouse was removed 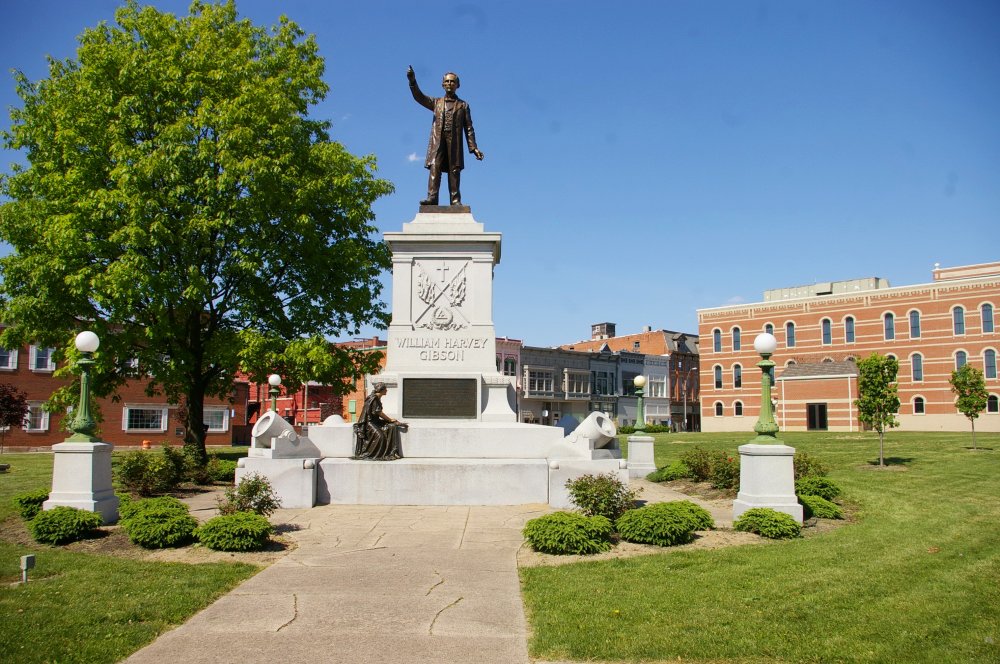