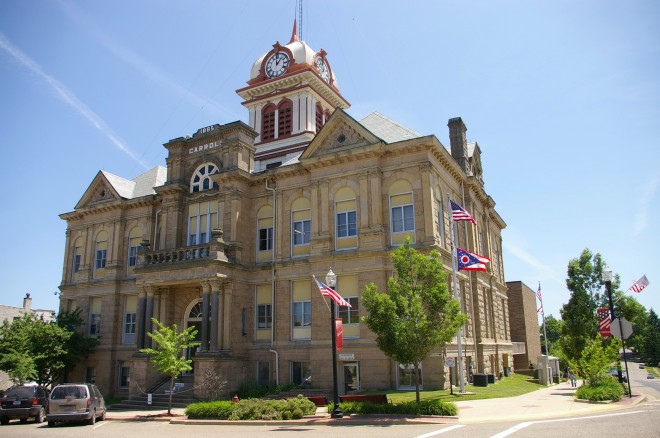 Carroll County is named for Charles Carroll, who was a signer of the Declaration of Independence. 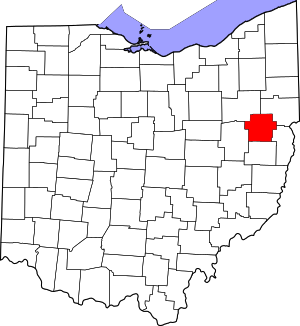 Description:  The building faces northwest and is a two story rough sand block structure. The building is located on landscaped grounds in the center of Carrollton. The northwest front has a small portico with four columns rising to a balcony on the second story. Above is a large window and a fan window in the center with a raised section which rises above the roof line. On the center of the roof is a large square cupola with clock at the top. The interior has smooth mosaic tiled floors and ornate steel staircases. The courtroom is located on the second story,  On the southeast side is a two story addition built in 1975 to 1976. The architect was Geary, Moore and Ahrens, Inc. and the contractor was A A Knoch & Sons, Inc.

History:  The county was created in 1833 and Carrollton was selected as the county seat. The first courthouse was a two story brick structure designed by Peter Herold and built by James McMullin in 1834 to 1837 with bell cast in Pittsburgh in 1842. James McMullin failed to meet expectations and the contract was awarded to John Lacey who also failed to honor his contract. The county wished to finish the construction and in desperation placed the contract with John Rankin. Unfortunately for the county, Rankin to failed to meet the obligations of the contract and George Hampson was selected instead. Hampson remained at this post and saw the courthouse into completion in 1837. The second and present courthouse was constructed in 1884 to 1885, at a cost of $107,534. 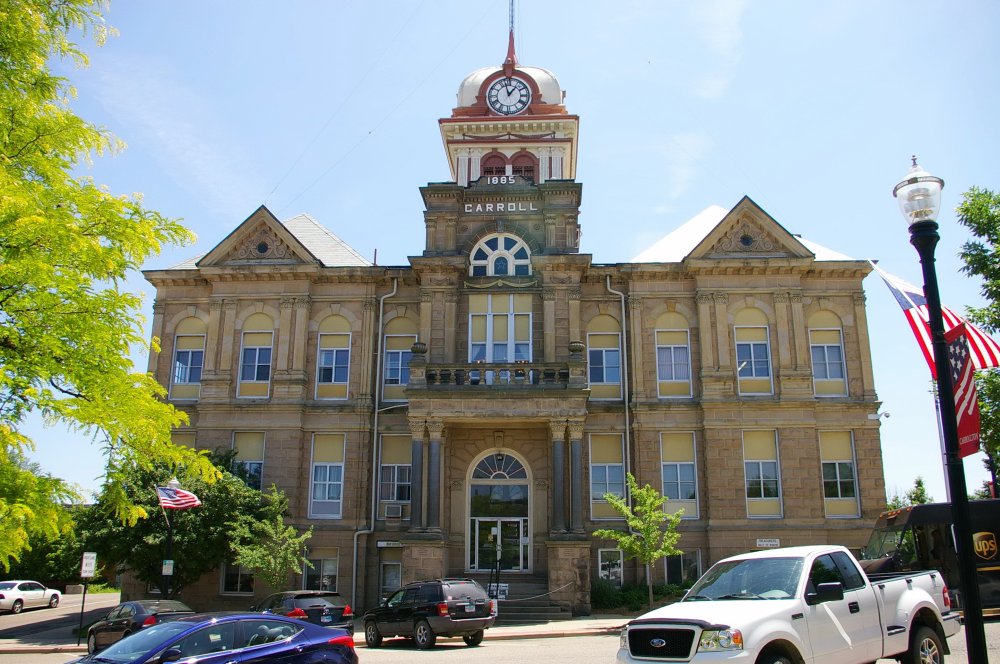 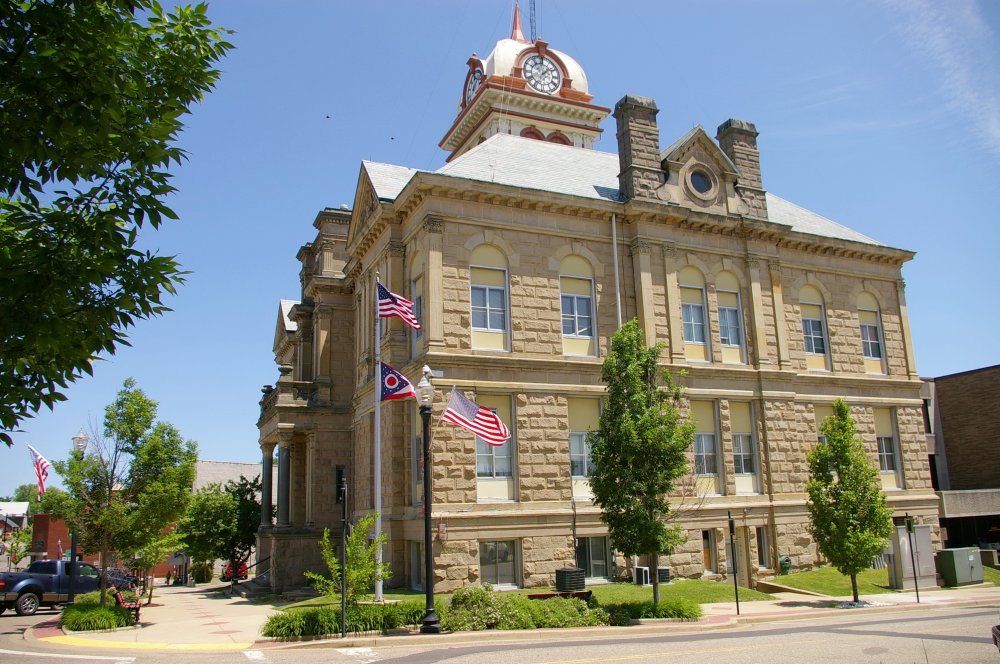 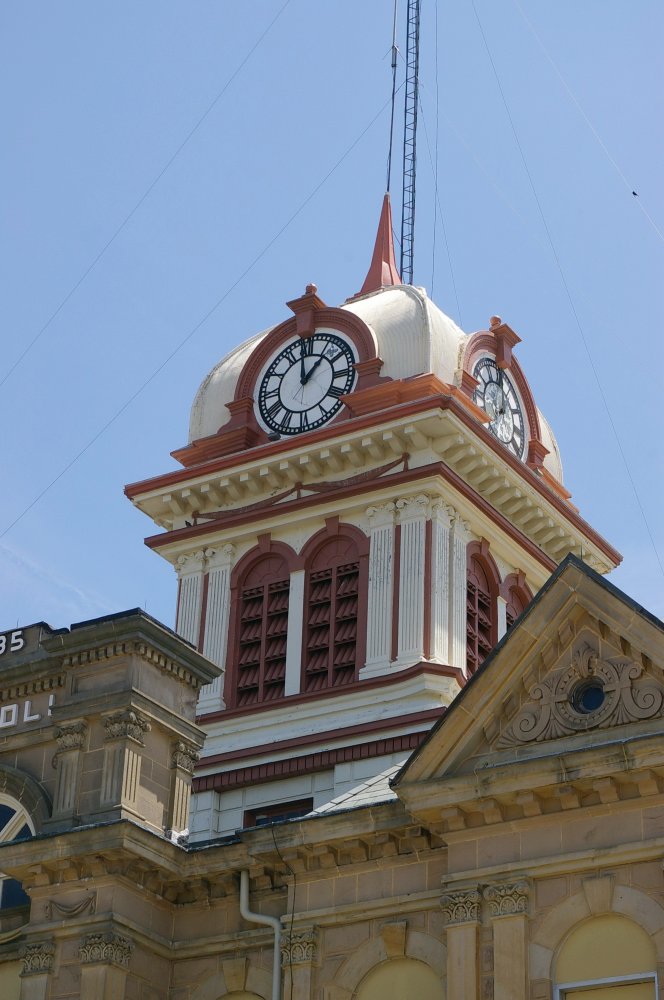 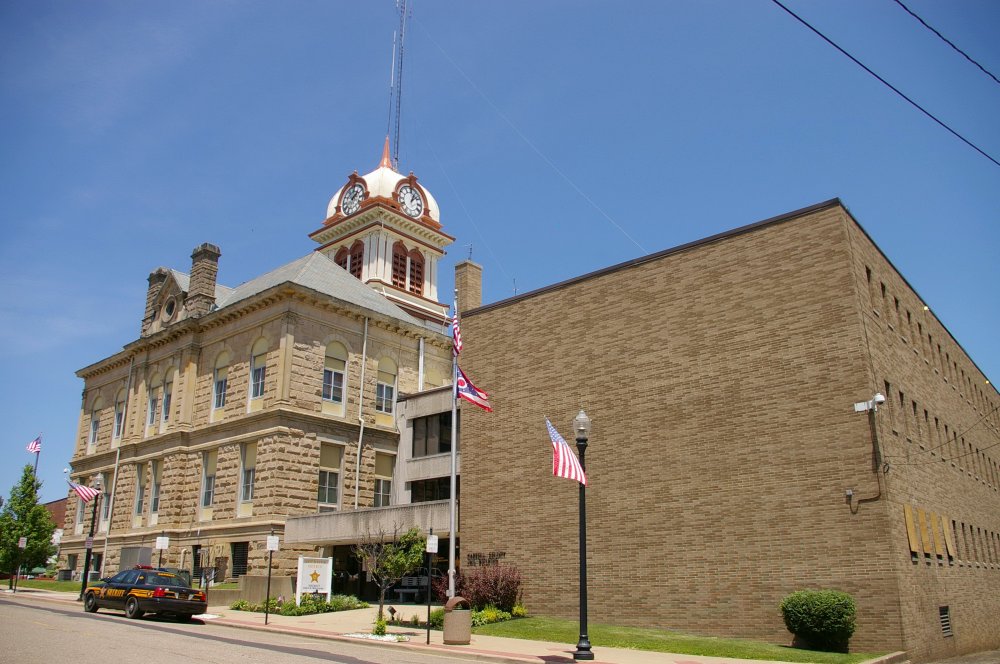 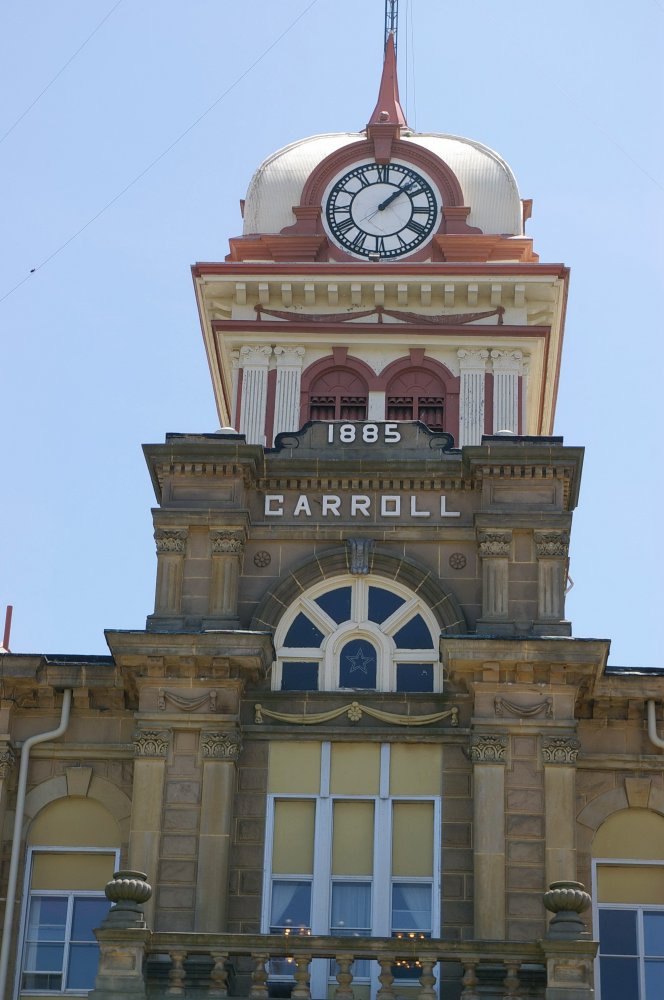 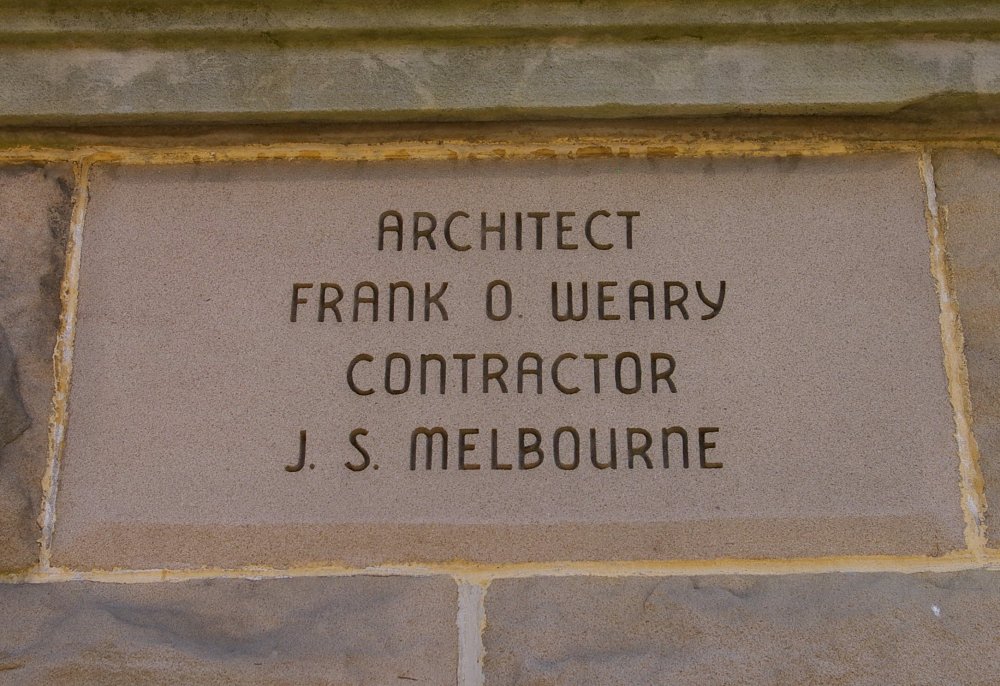