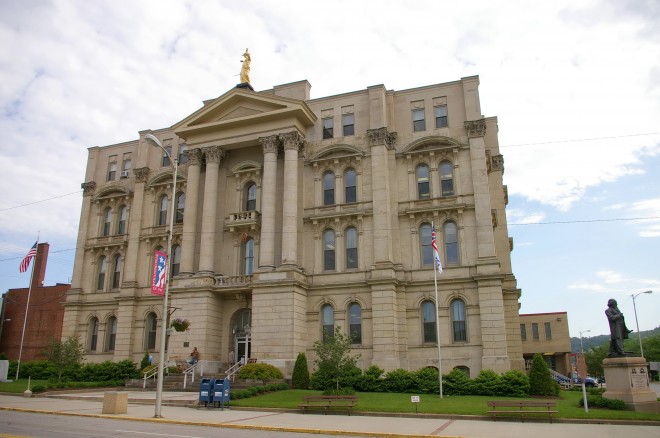 Description:  The building faces south and is a five story buff colored sandstone structure. The building is located on landscaped grounds in the center of  Steubenville. The south front has a large high portico with four columns rising from the second story to a pediment at the roof line with a gold colored Lady Justice at the top. The first story entrance is arched. The windows are arched with hood-moulds and keystones. The roof line is flat. The building was remodeled in 1950. 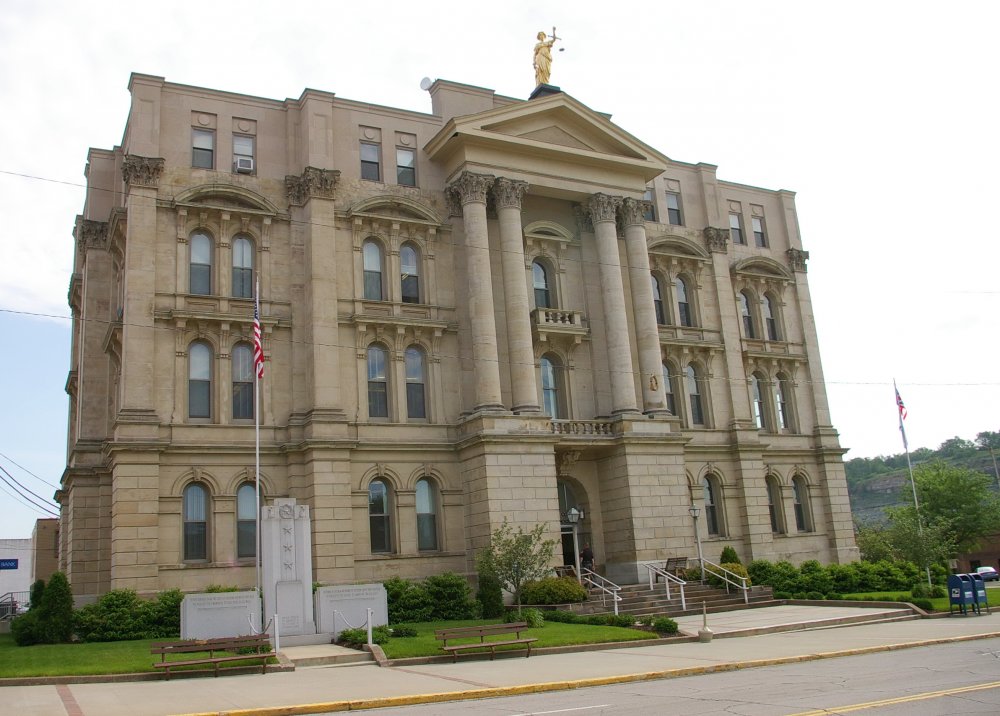 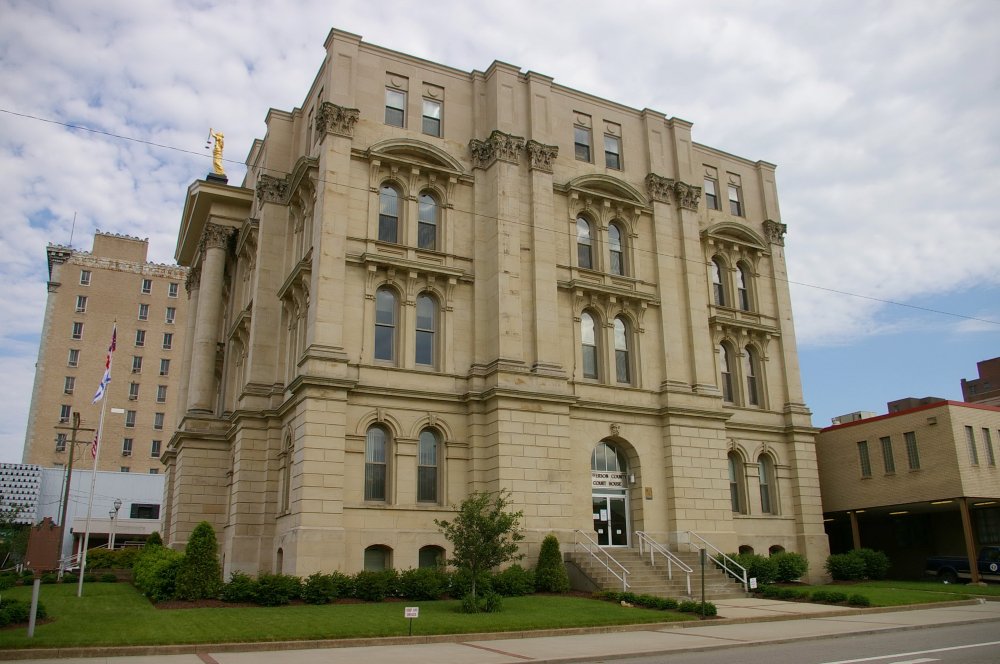 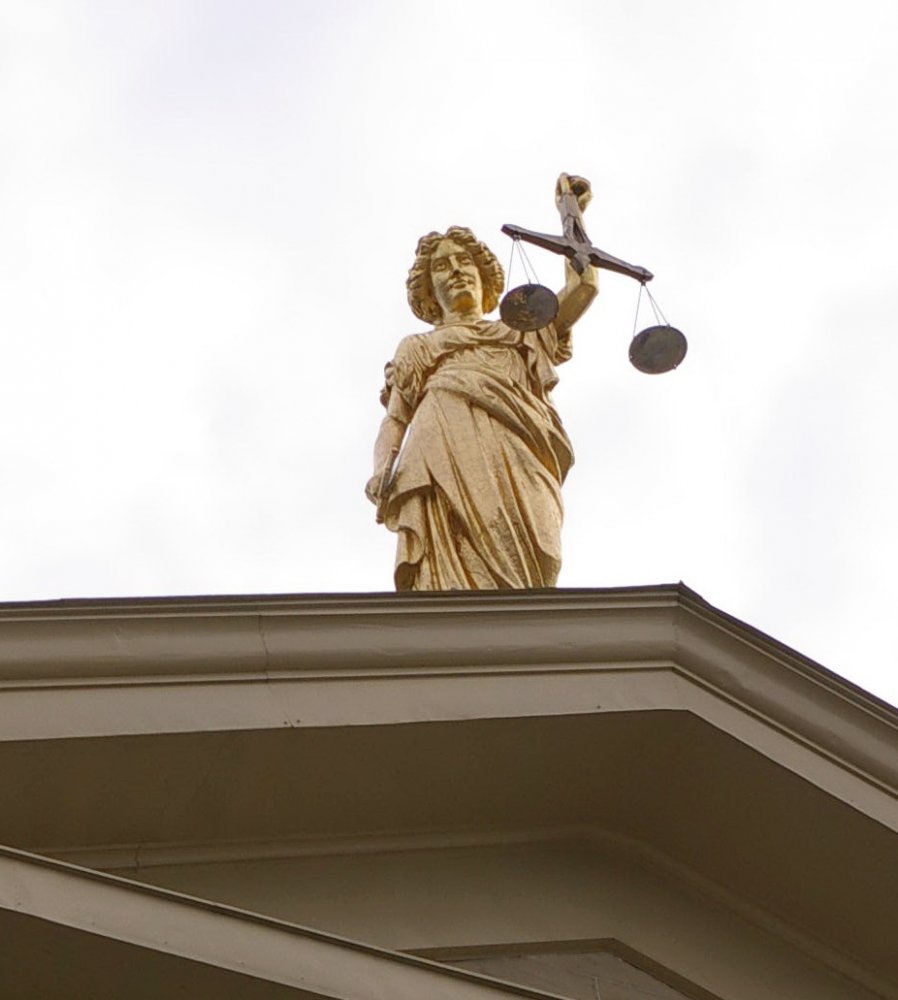 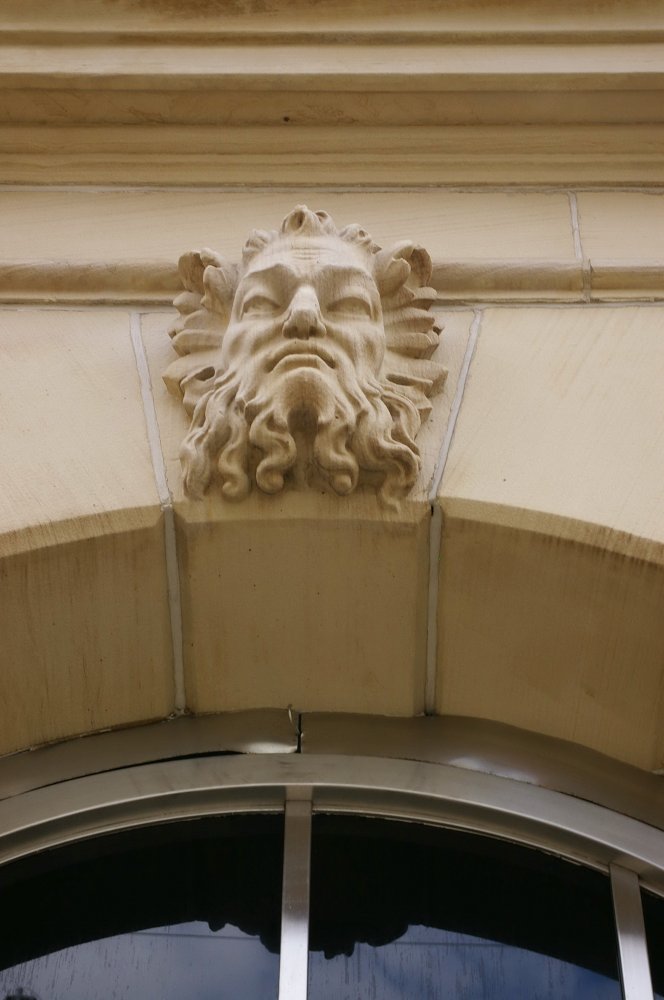 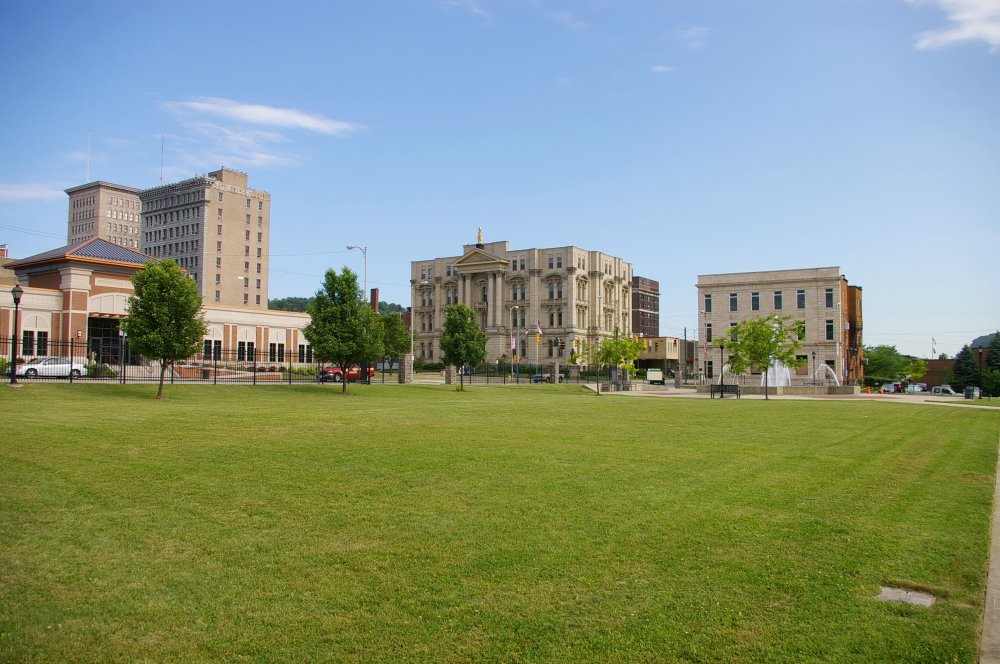 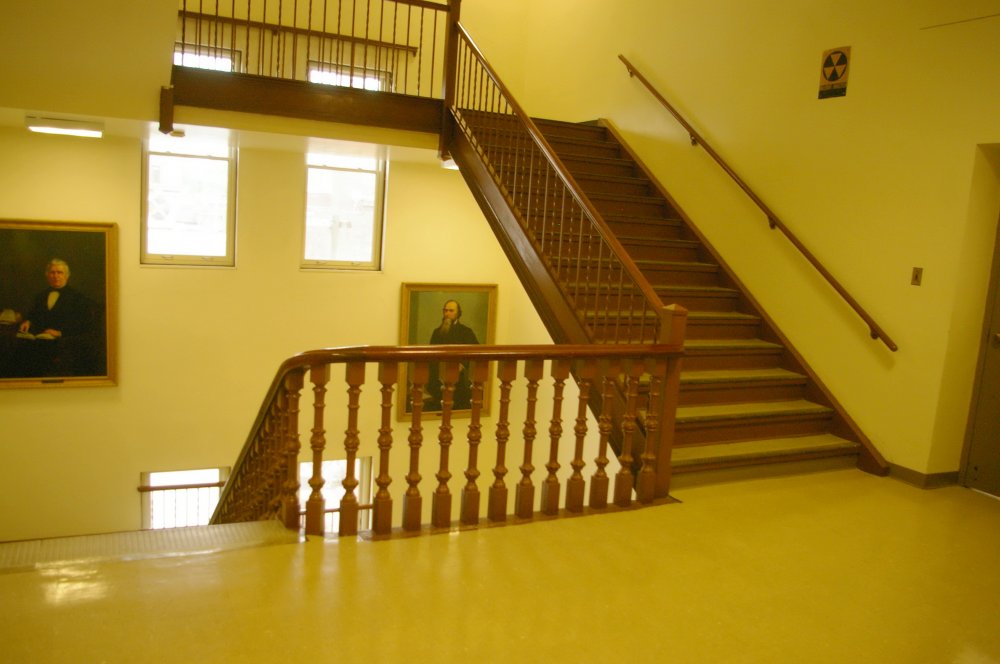 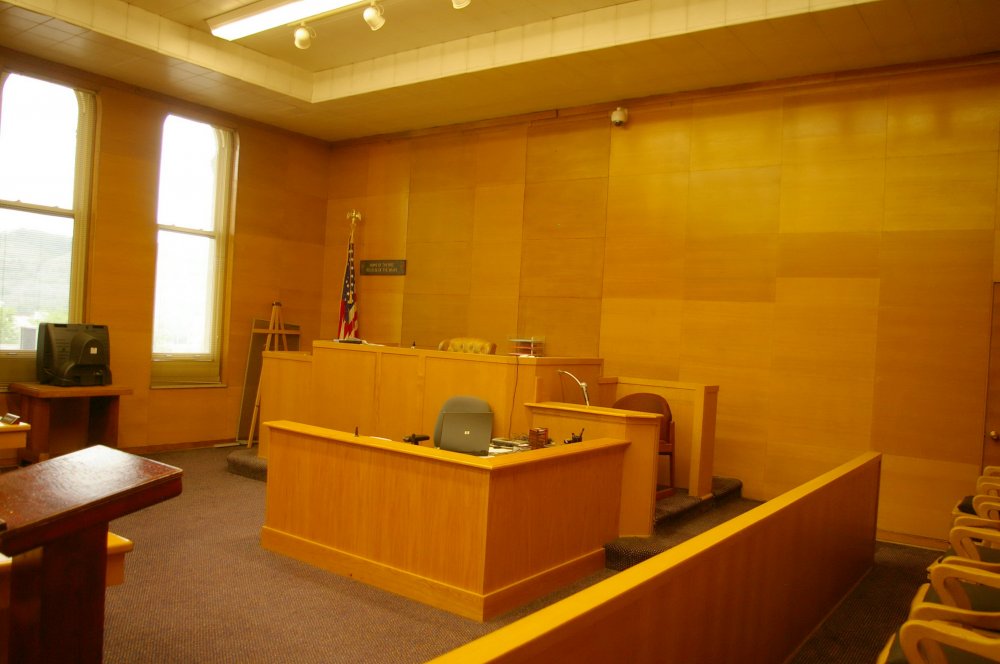 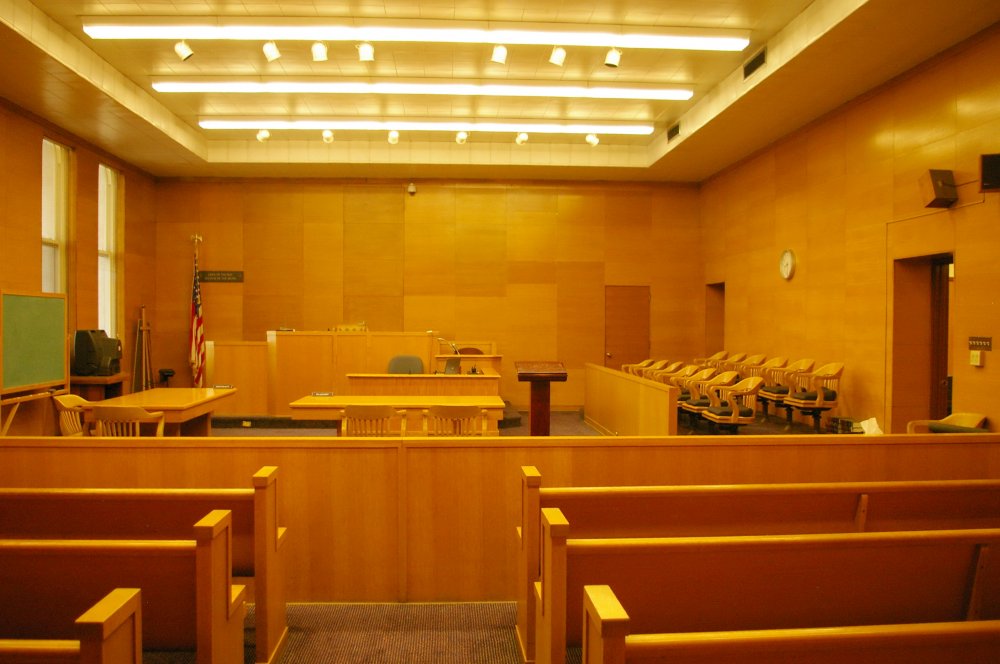 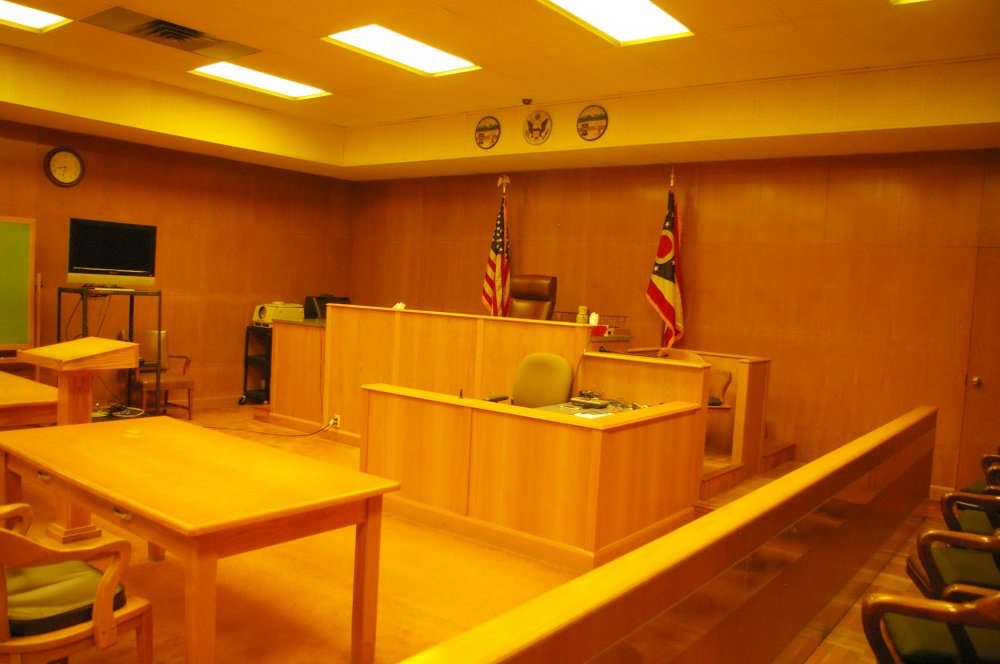 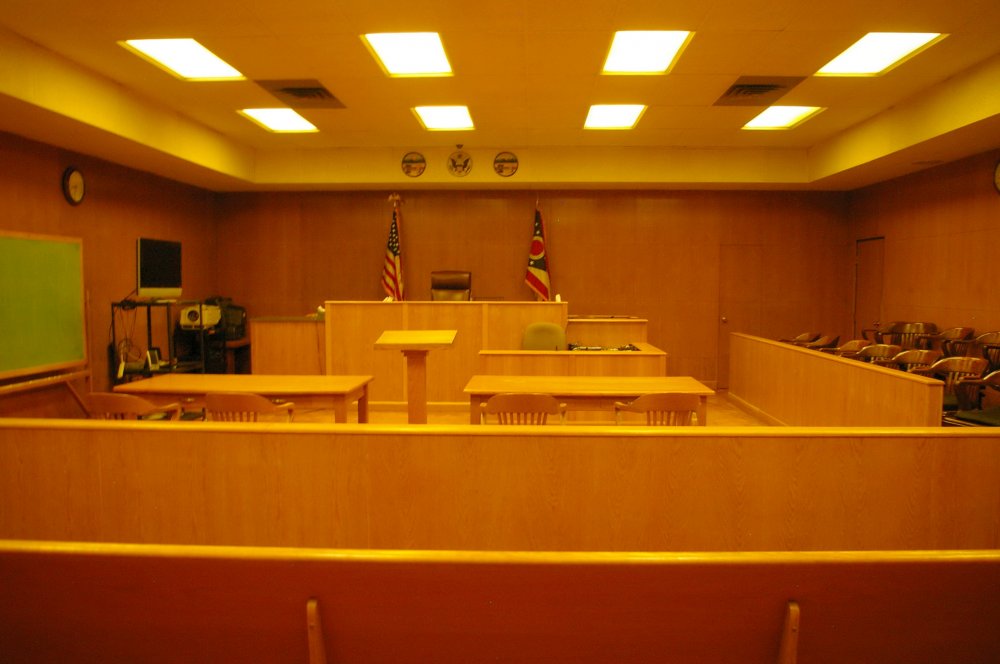