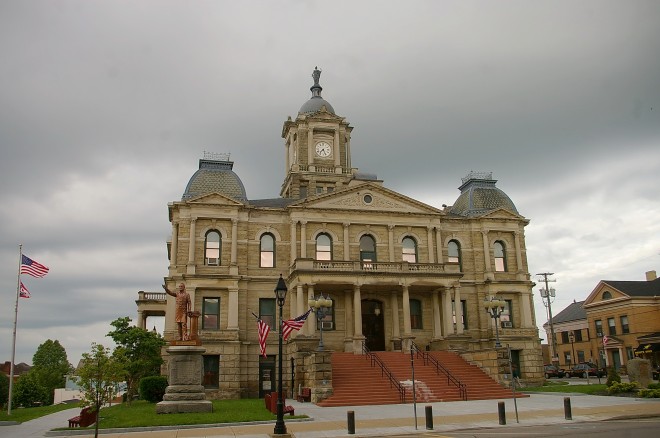 Harrison County is named for William Henry Harrison, who was an officer during the War of 1812.

History:  The county was created in 1813 and Cadiz was selected as the county seat. The first courthouse was a two story structure built by John McCurdy in 1819. The second and present courthouse was constructed in 1893 to 1895 at a cost of $86,985. 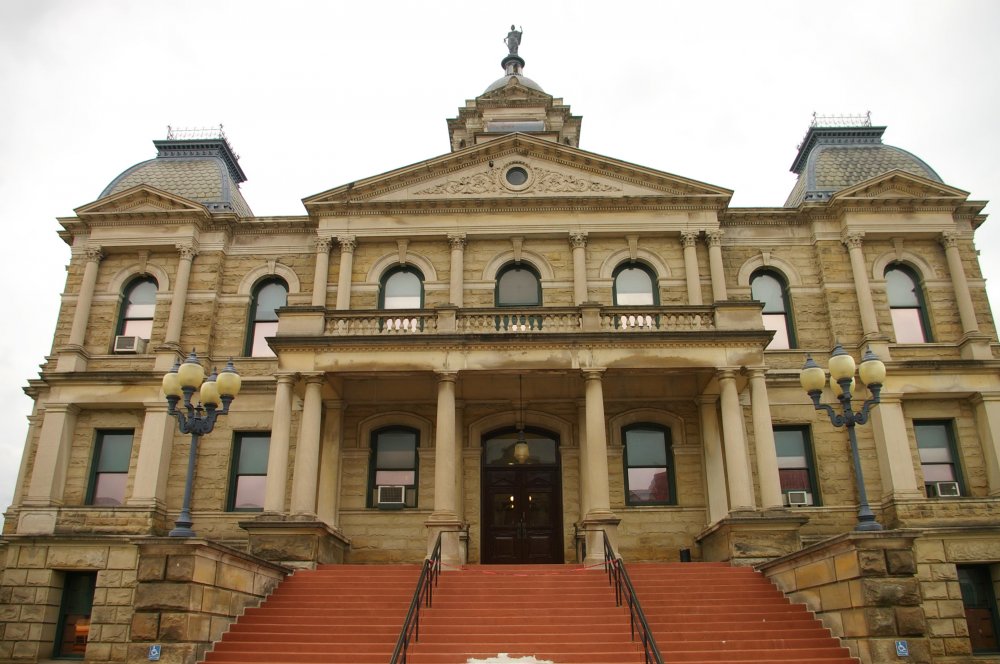 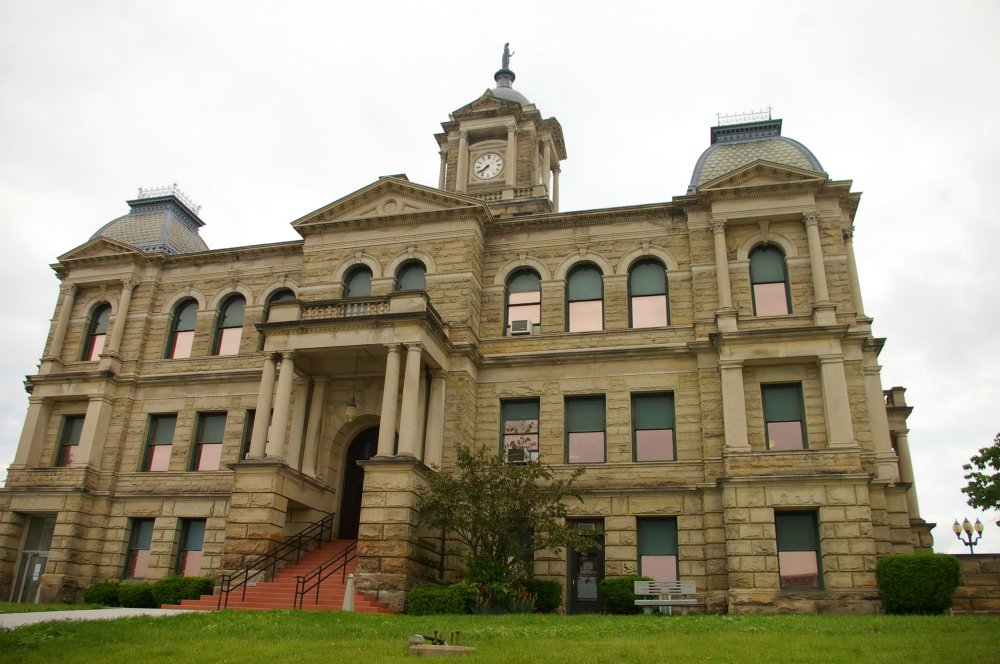 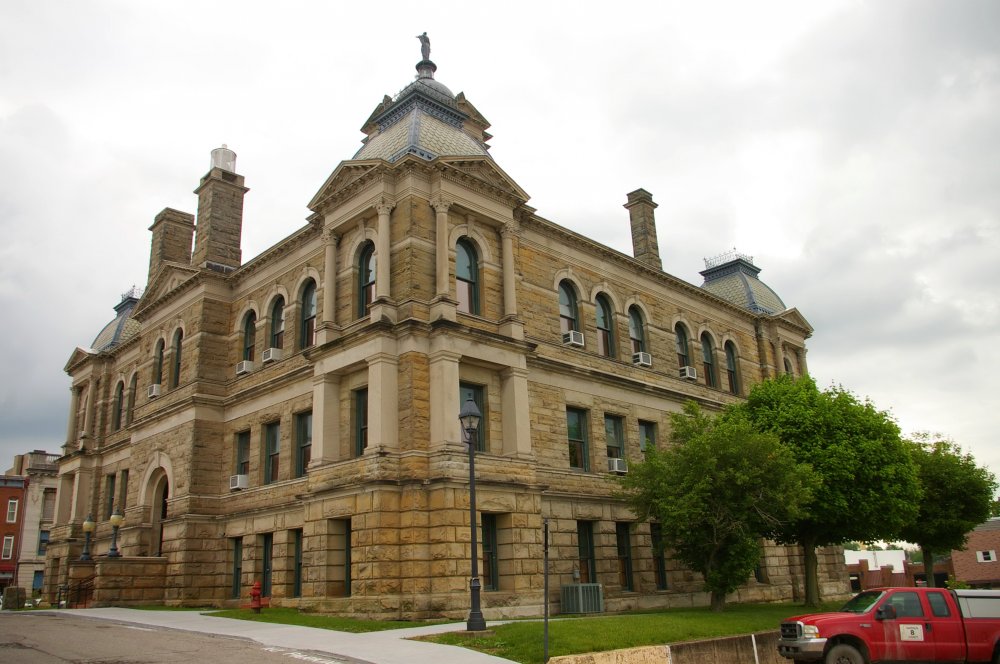 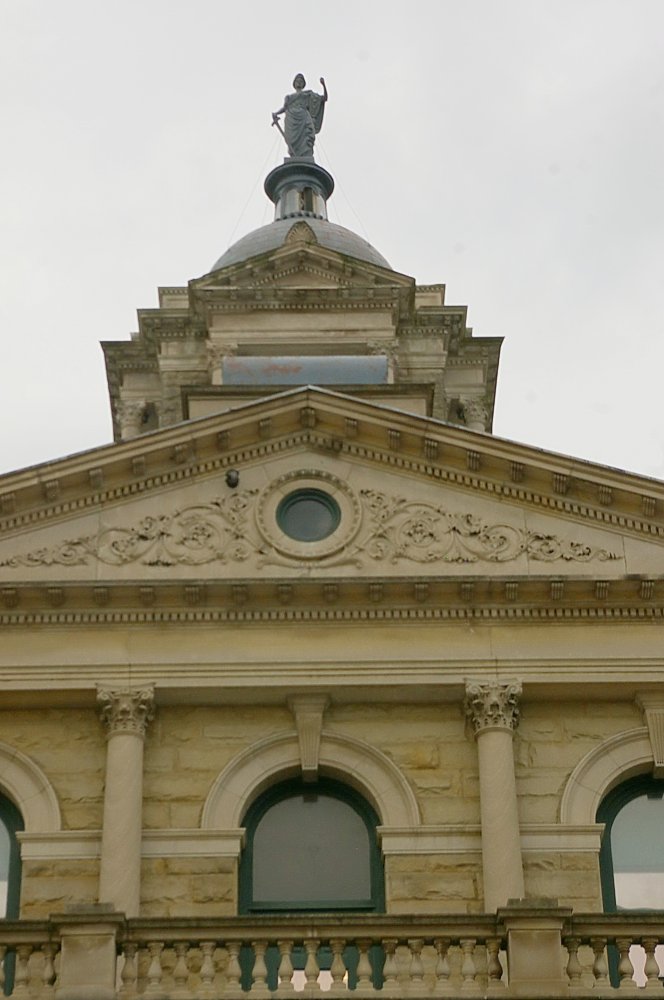 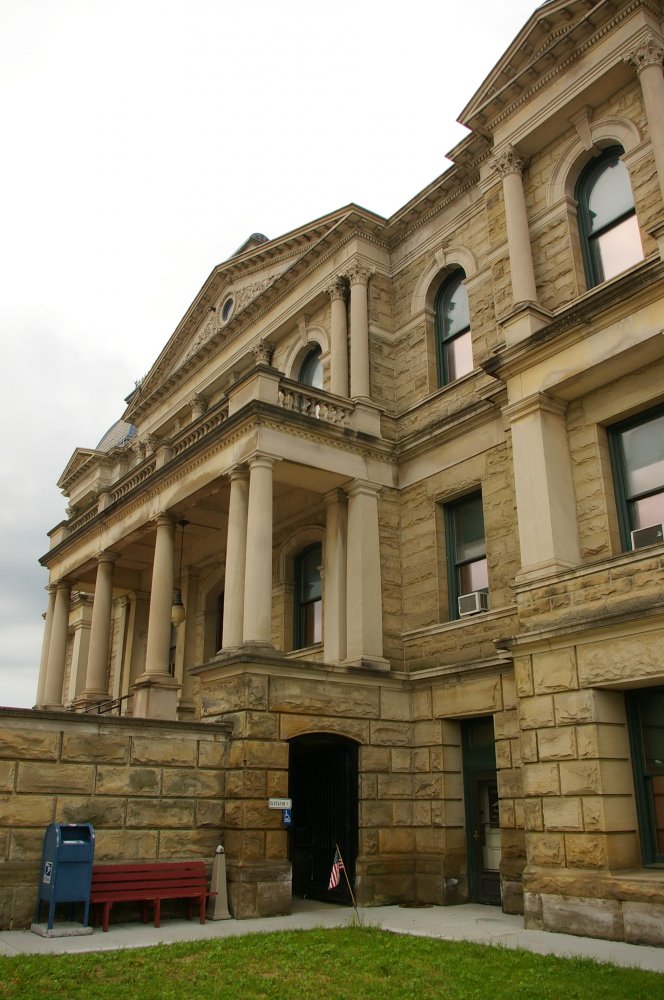 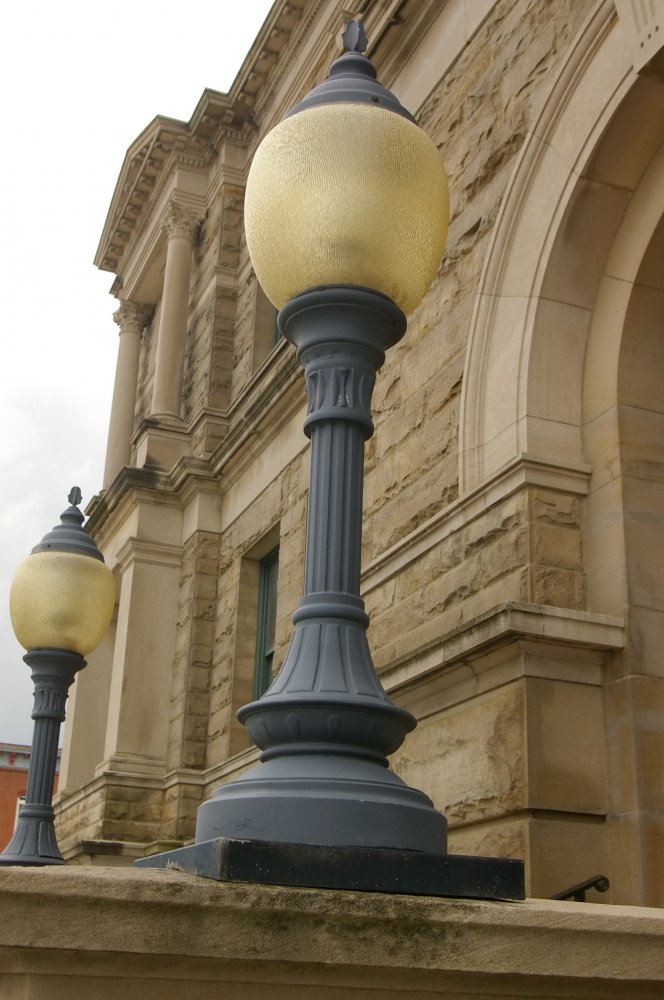 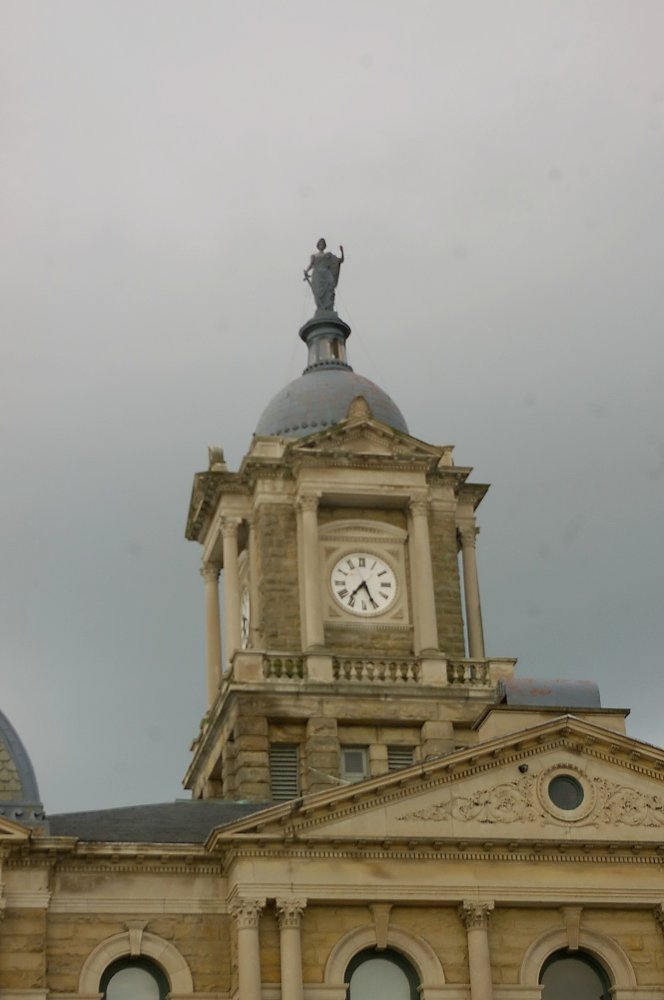 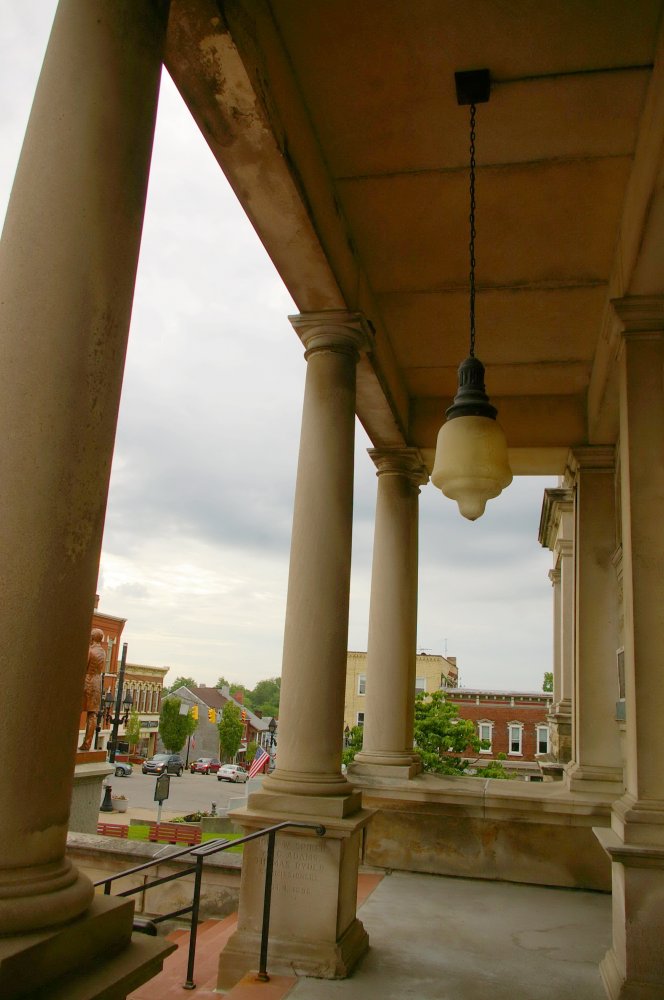 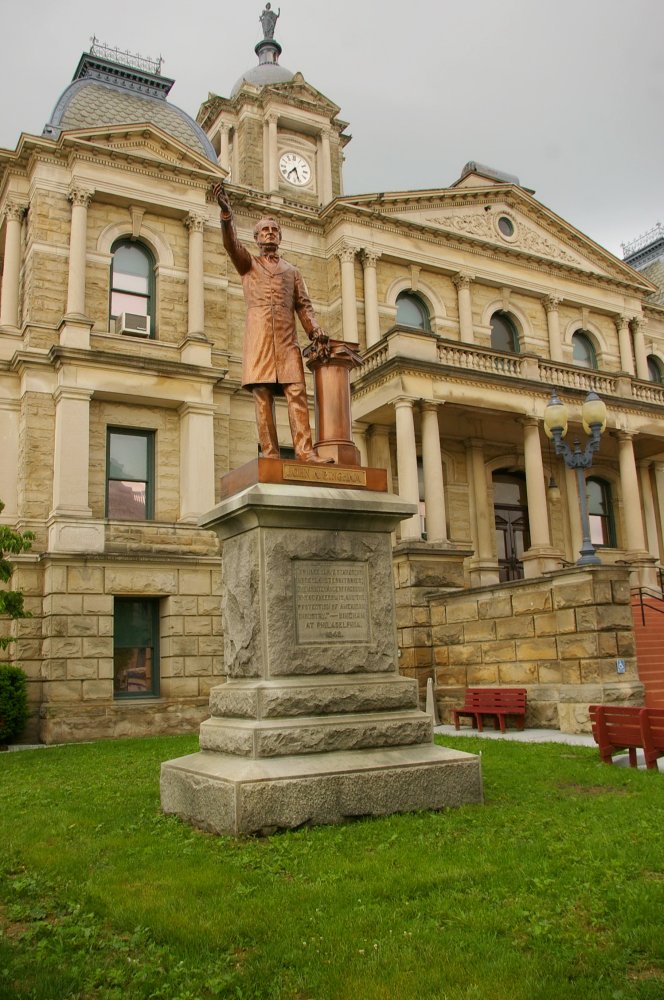 Statue of John A Bingham 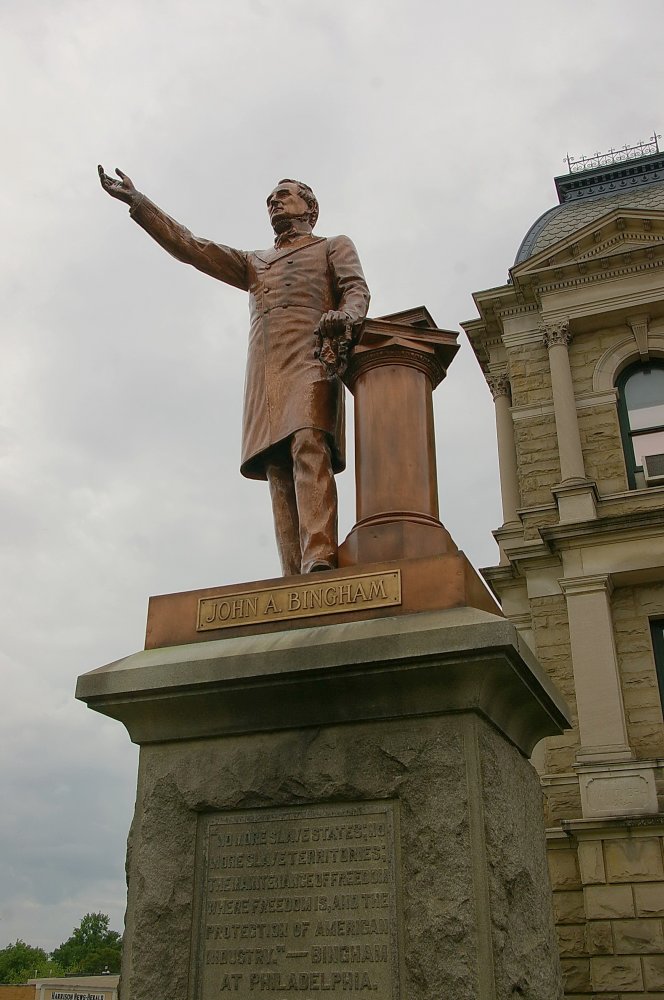 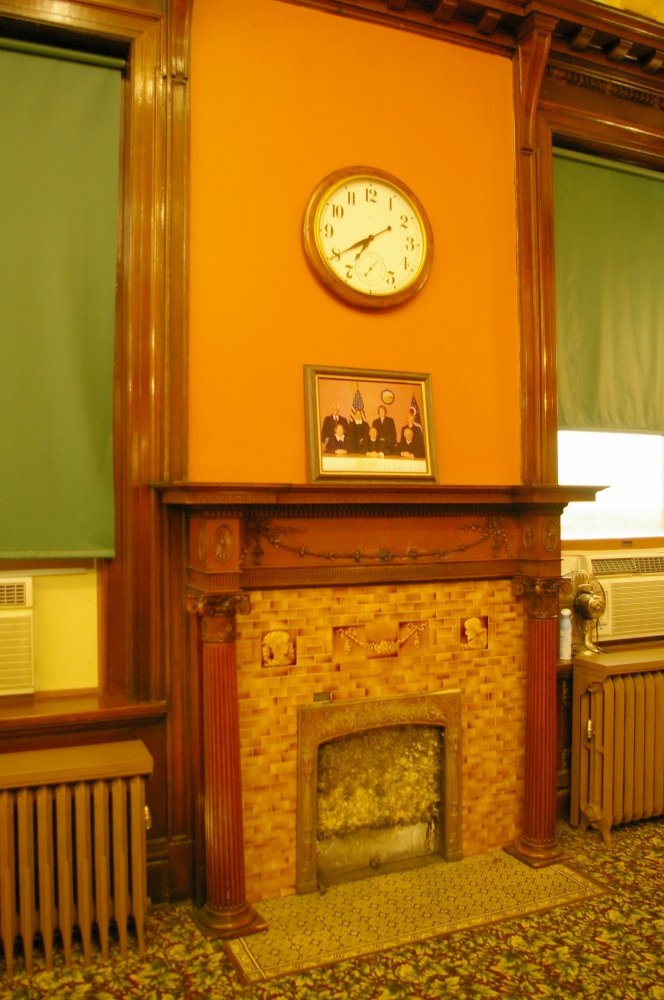 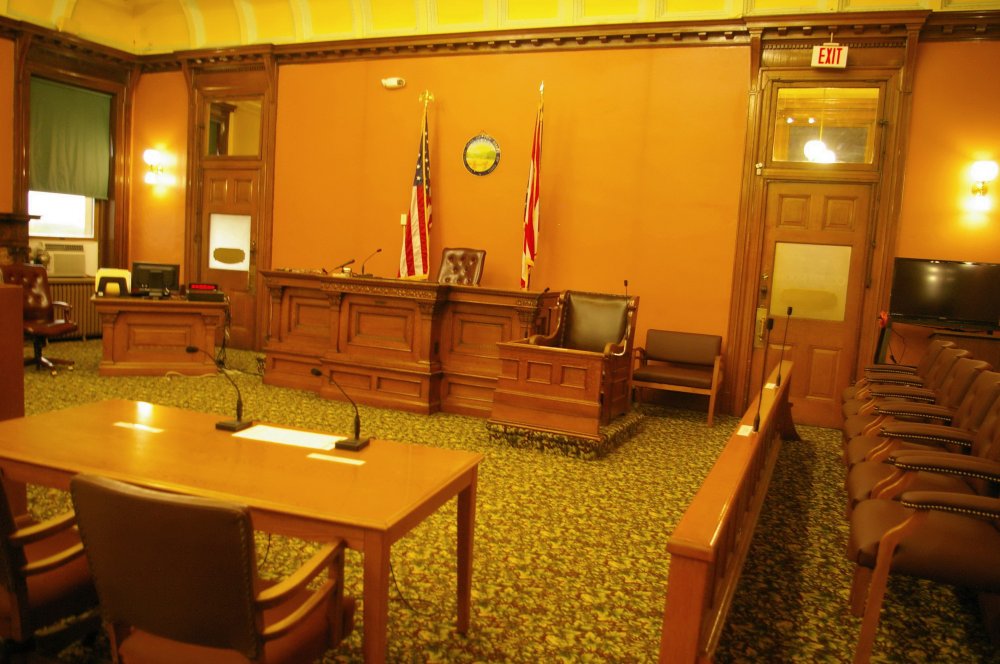 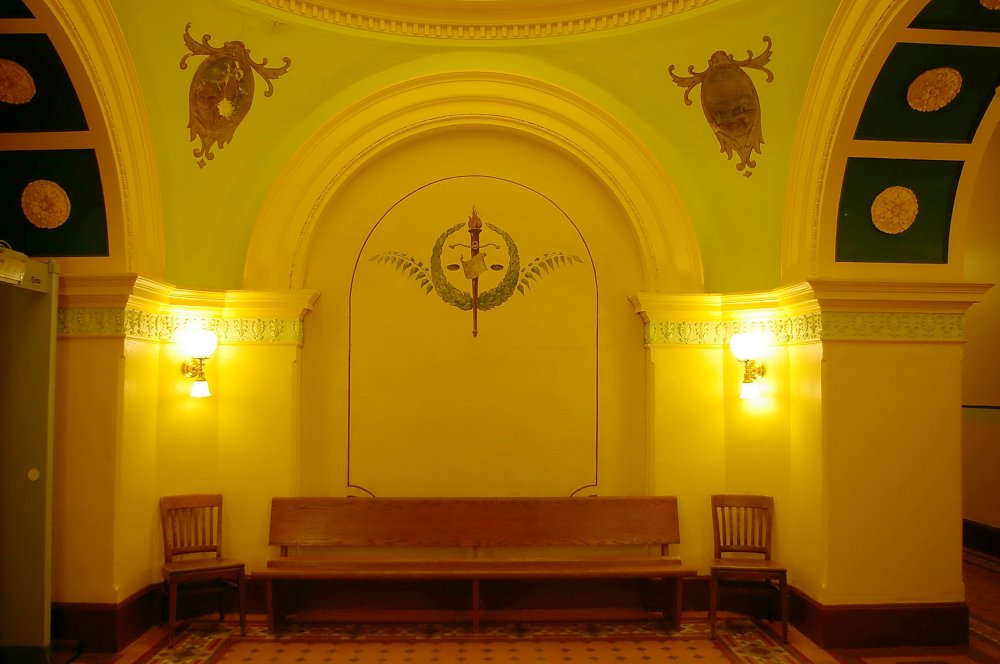 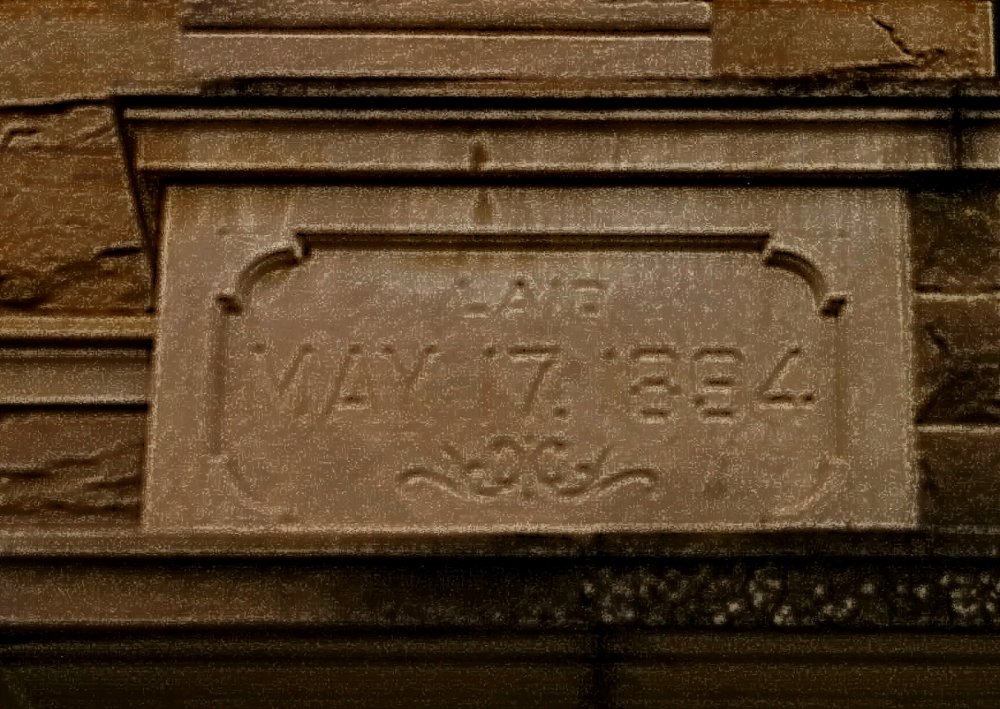 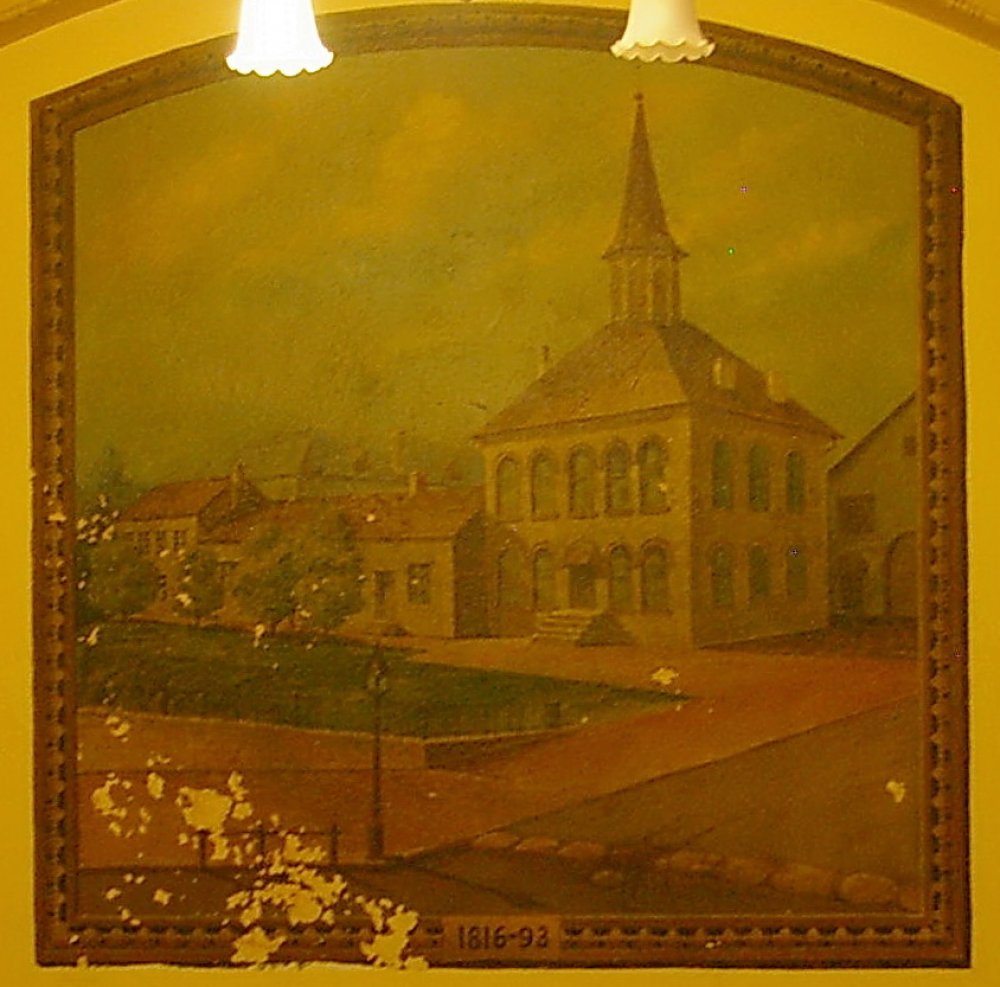