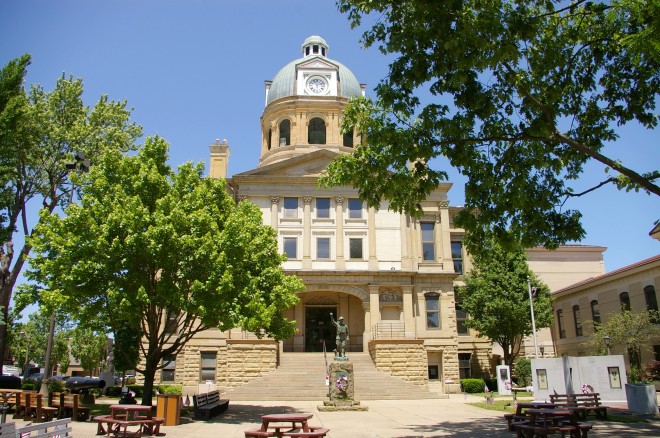 Tuscarawas County is named for the Tuscarawas Native American tribe.

Description:  The building faces south and is a three story buff colored sandstone structure. The south front has a large arched entrance on the first story. On the center of the roof is a large dome with clock, green colored roof and small cupola at the top. The building was renovated 1n 1995. The architect was Fisk and Associates and the contractor was Stanley Miller Construction Company. 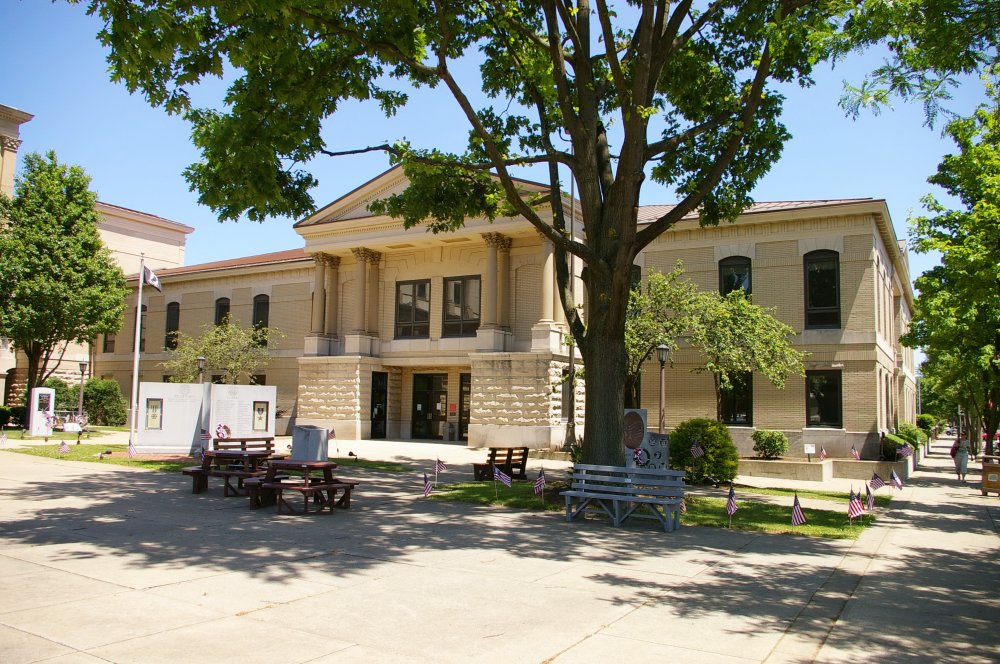 Description:  The building faces west and is a two story buff sandstone structure. . 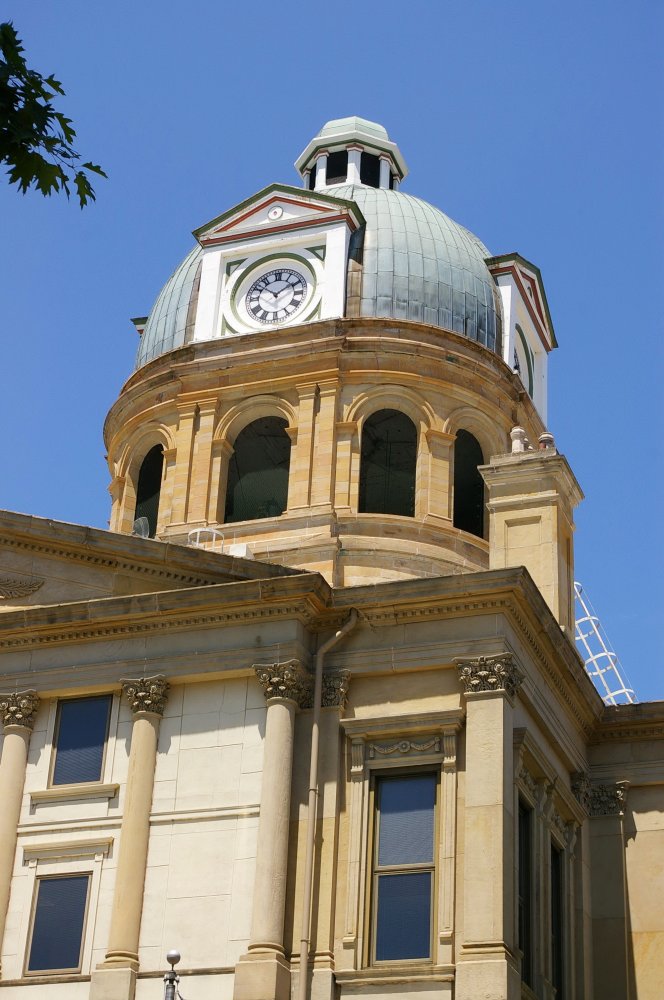 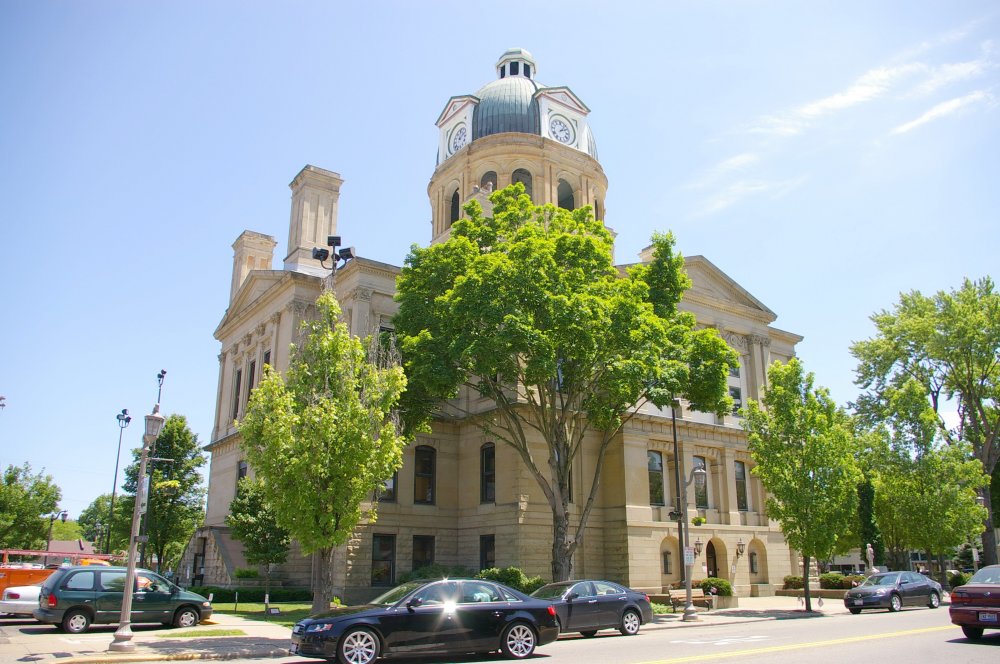 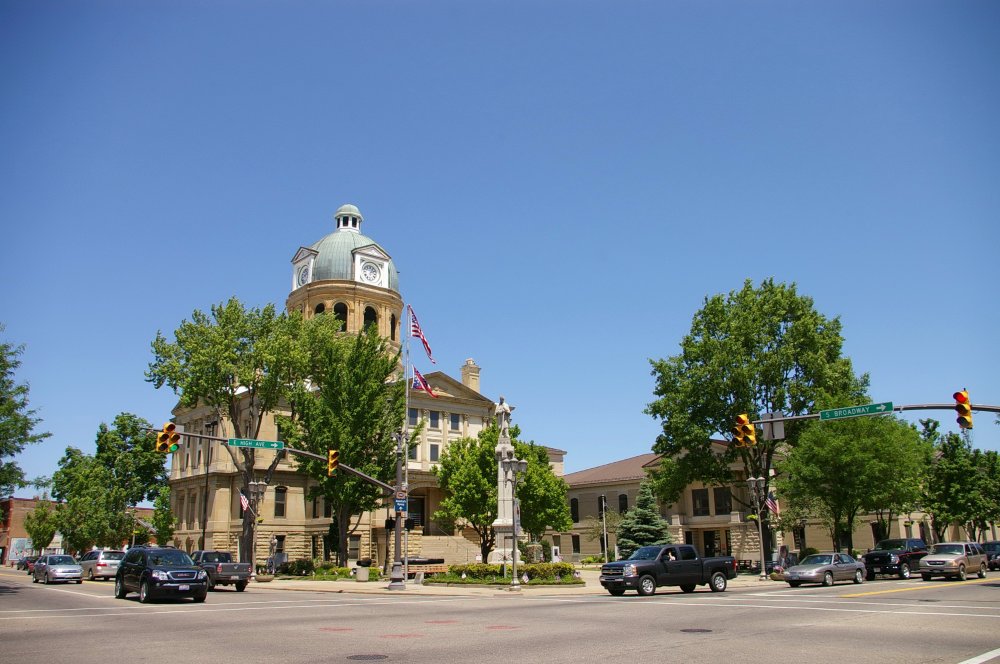 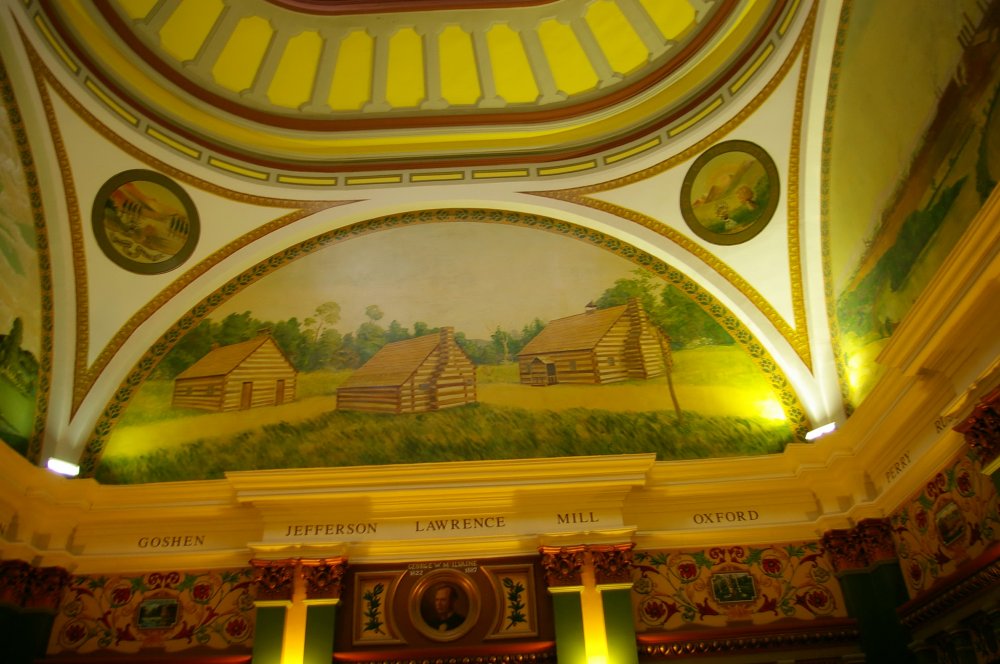 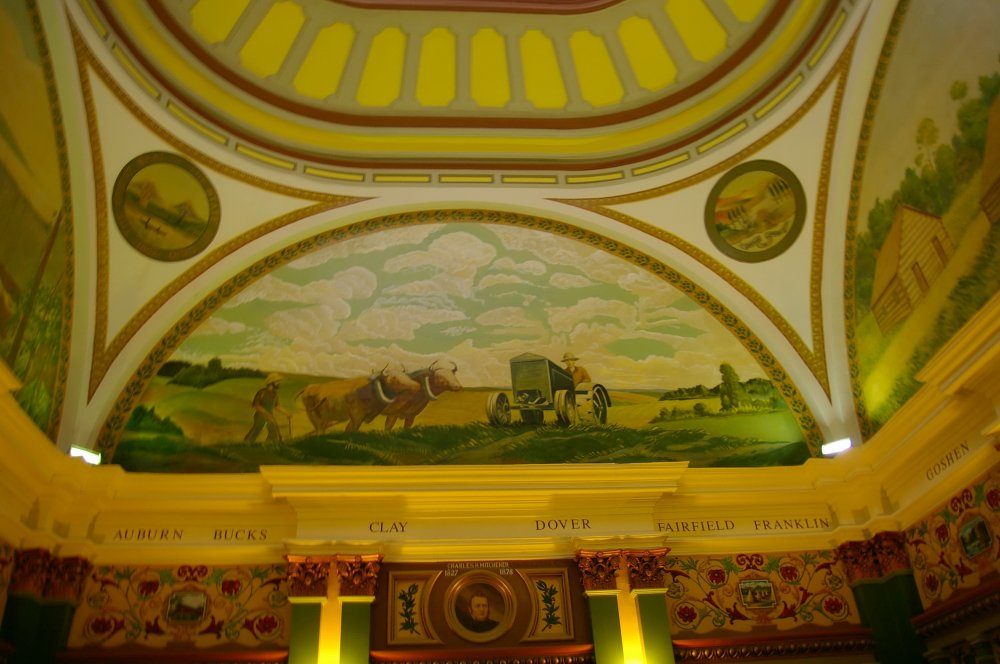 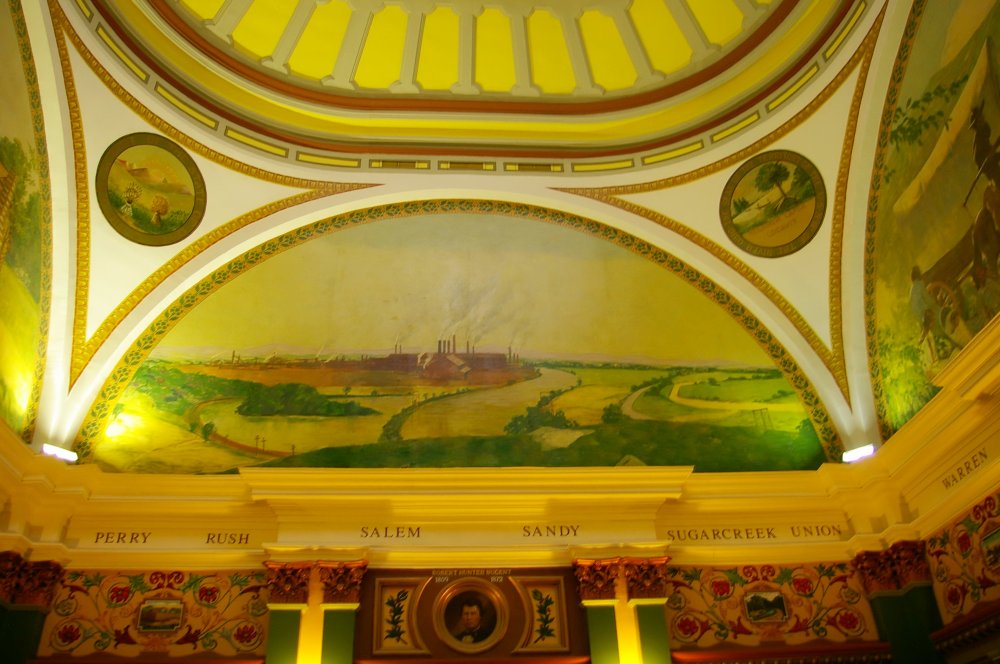 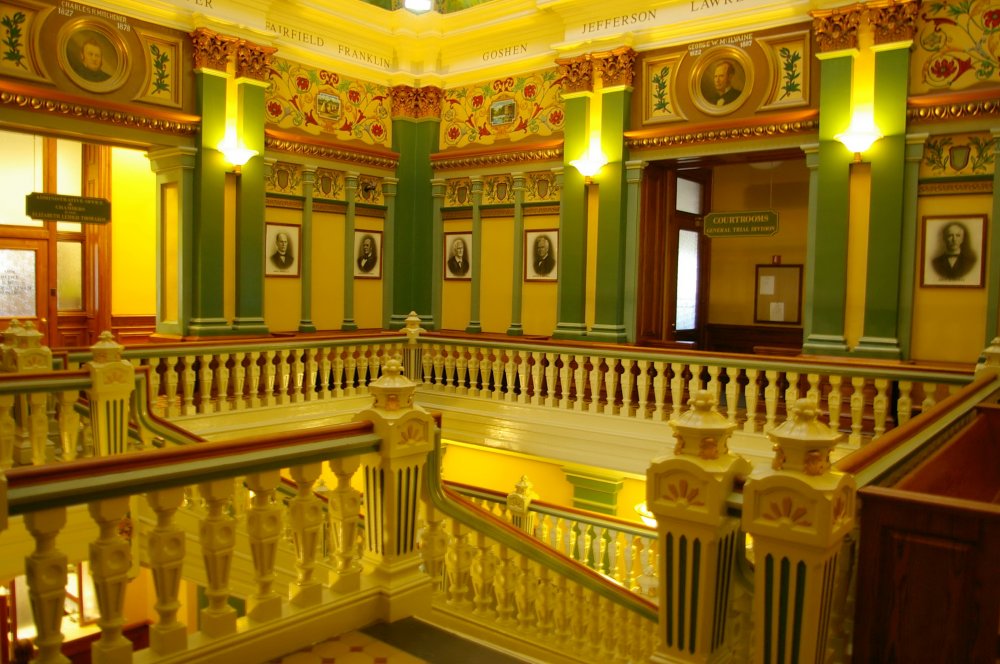 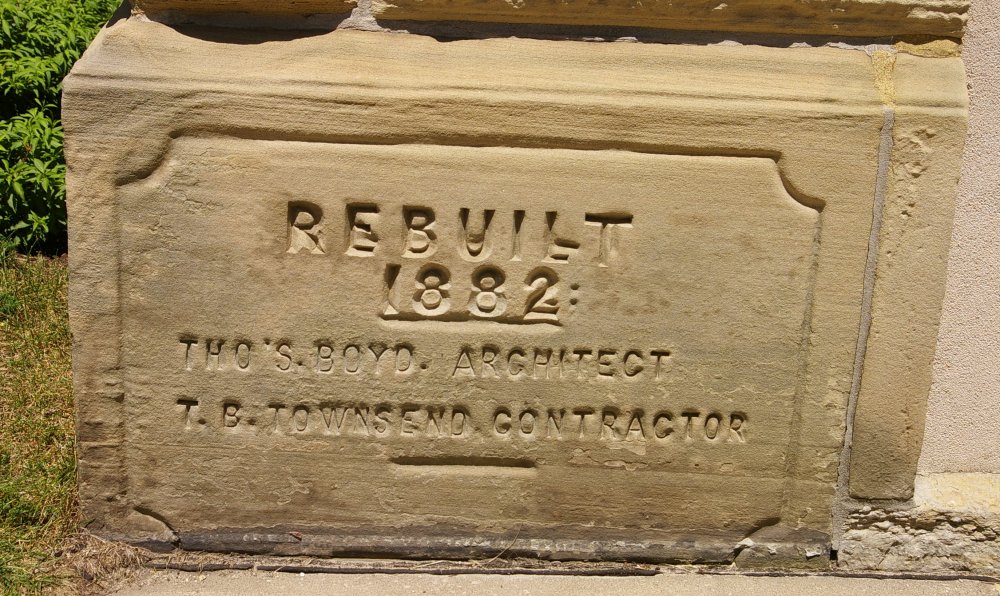 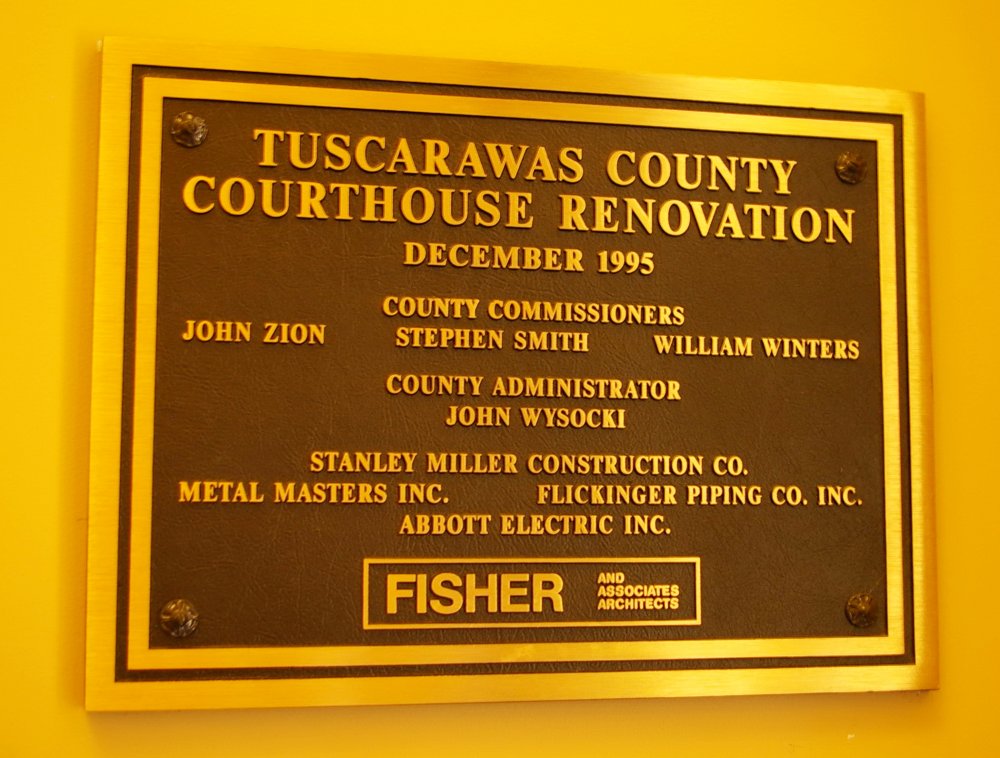 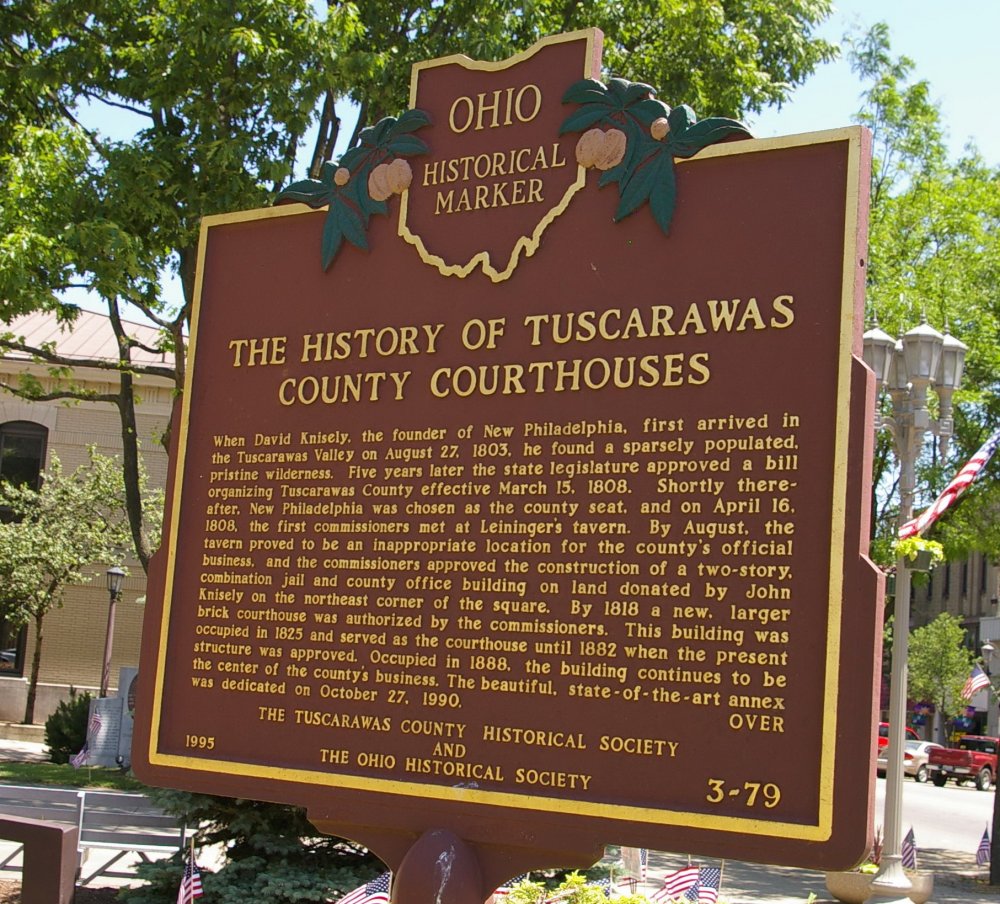