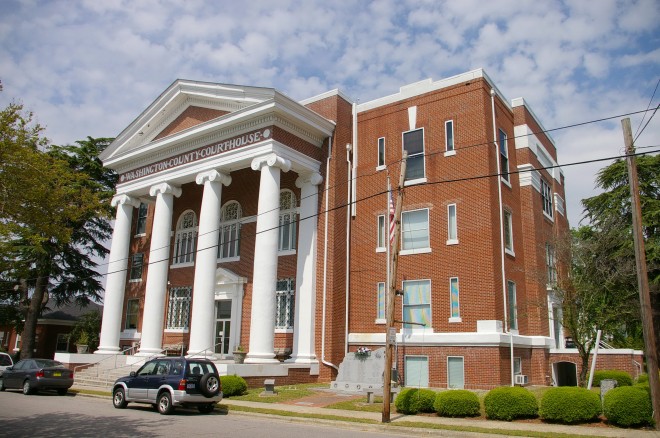 Description:  The building faces west and is a three story red colored brick and concrete structure. The building is located on landscaped grounds in the center of Plymouth. The west front has a large portico with four high white colored columns rising to a pediment at the roof line. The recessed entrance is trimmed with a small pediment above. The roof line is flat. In the interior, the first story has a wide transverse hall. The floors are poured concrete and the walls are plastered. The jail is located on the third story. The courtroom is located on the second story. The building houses the County Superior Court and County District Court of the 2nd Judicial District. 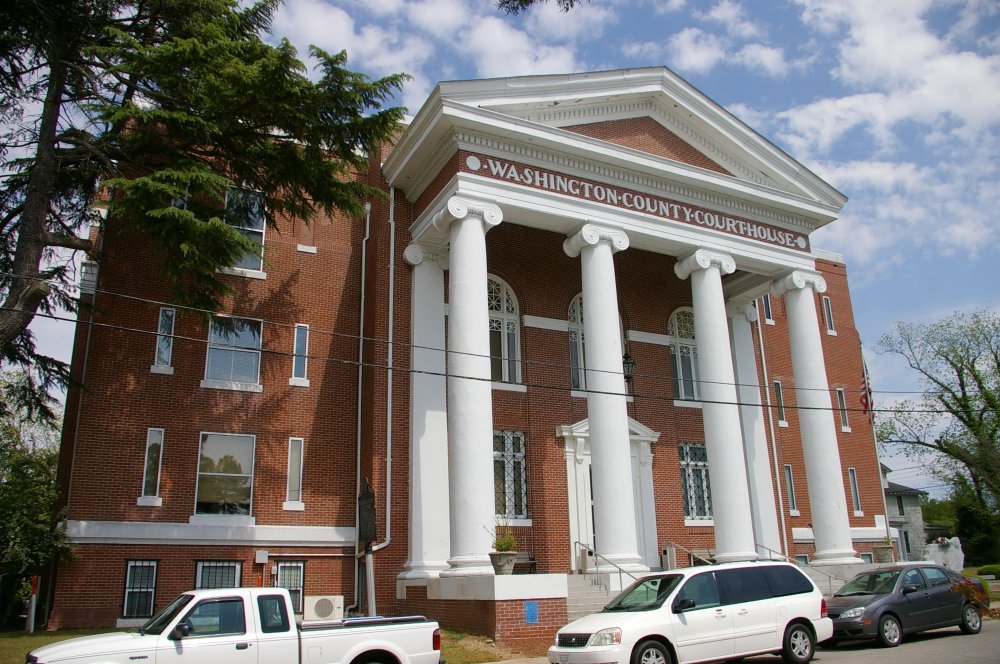 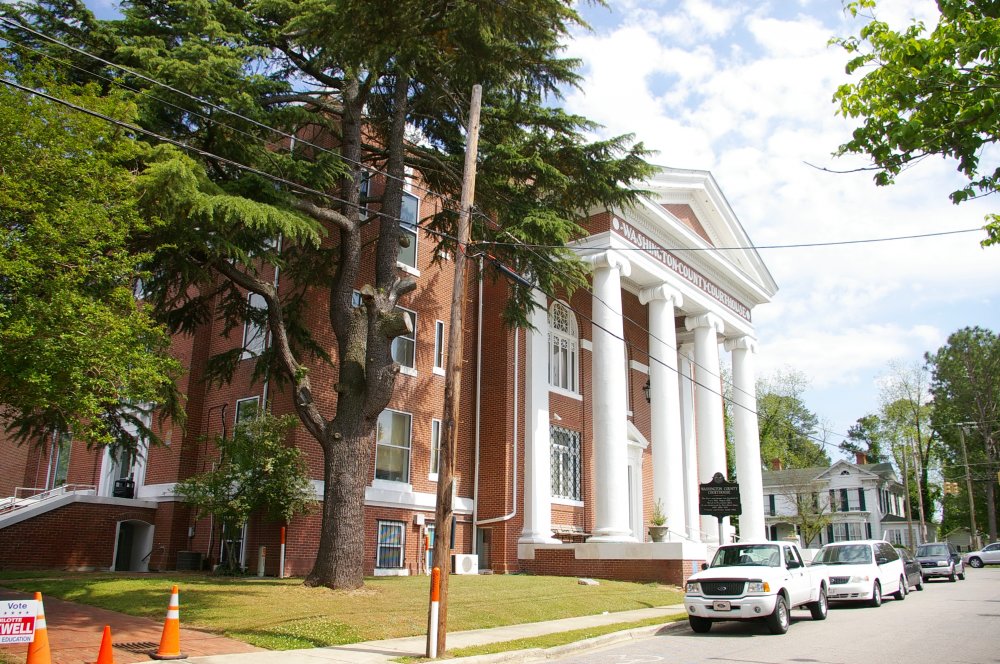 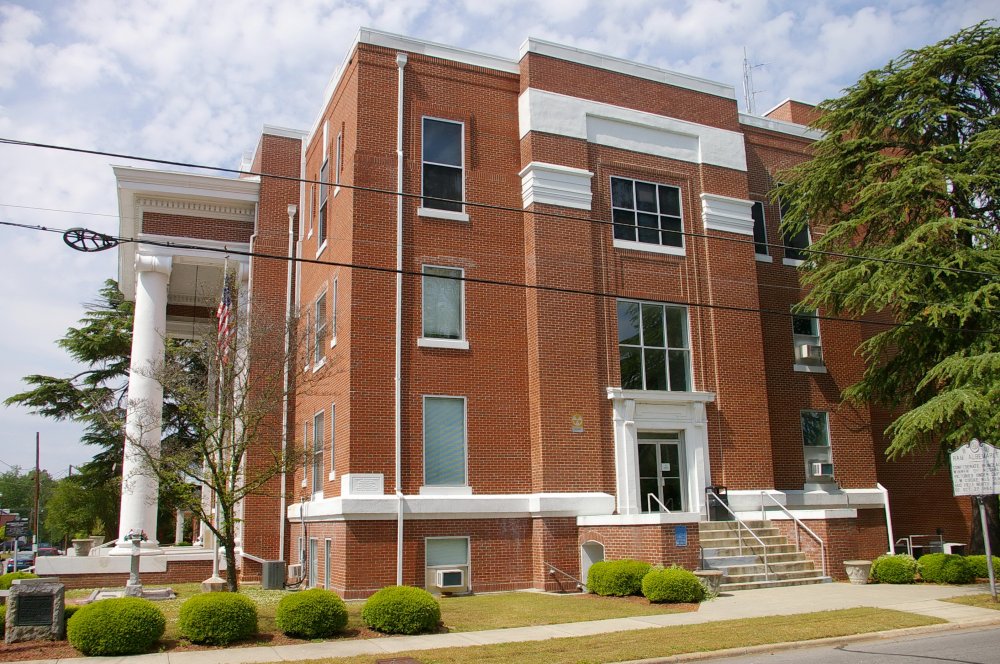 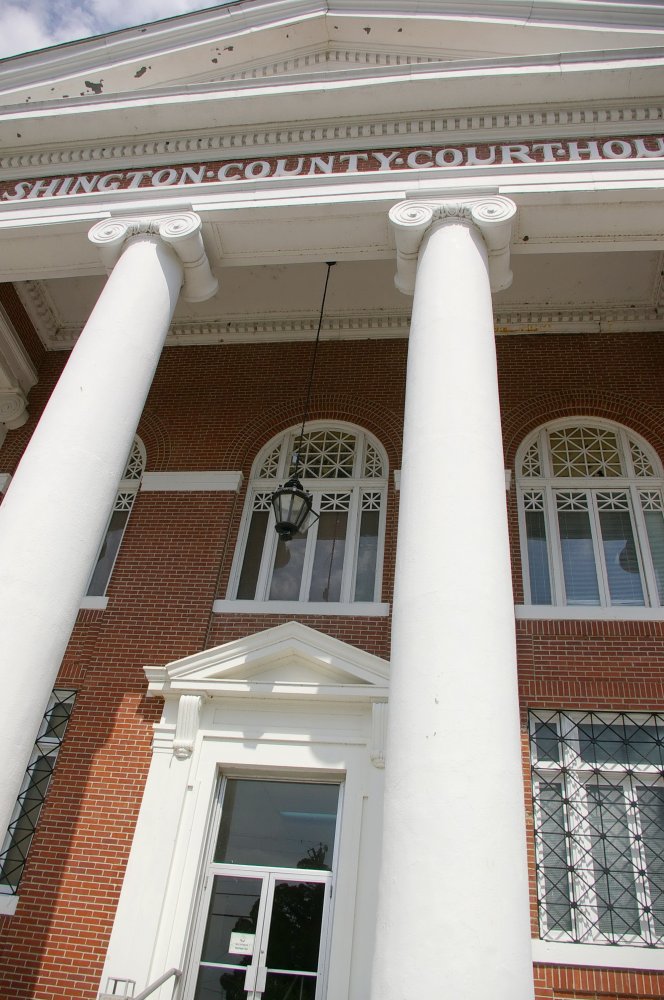 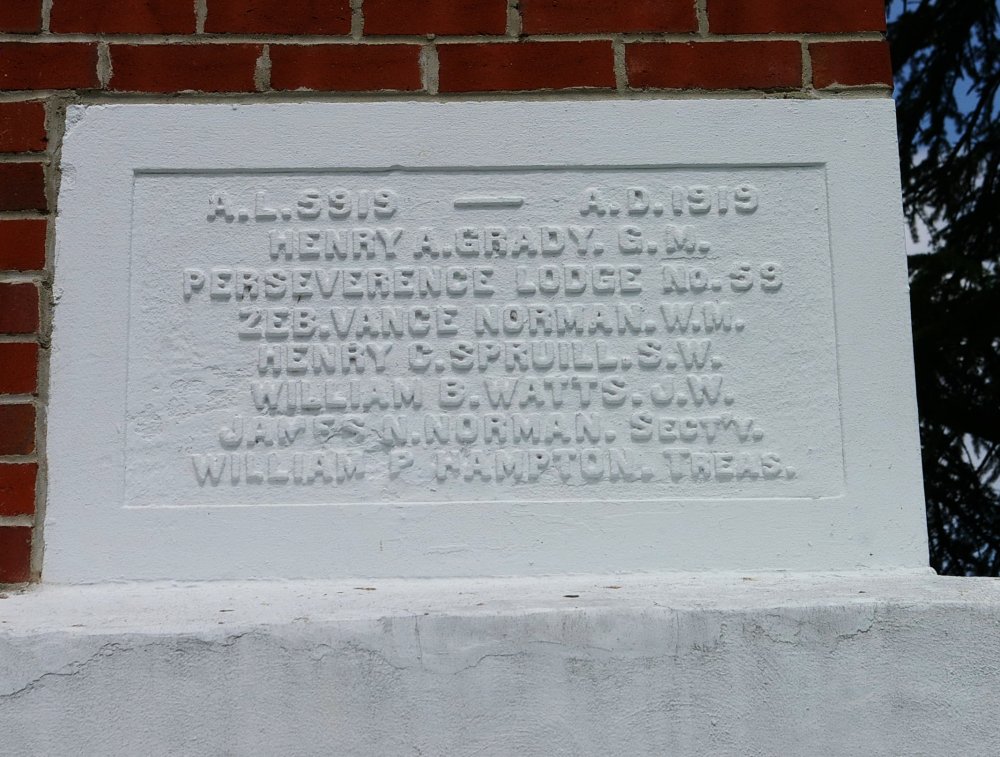 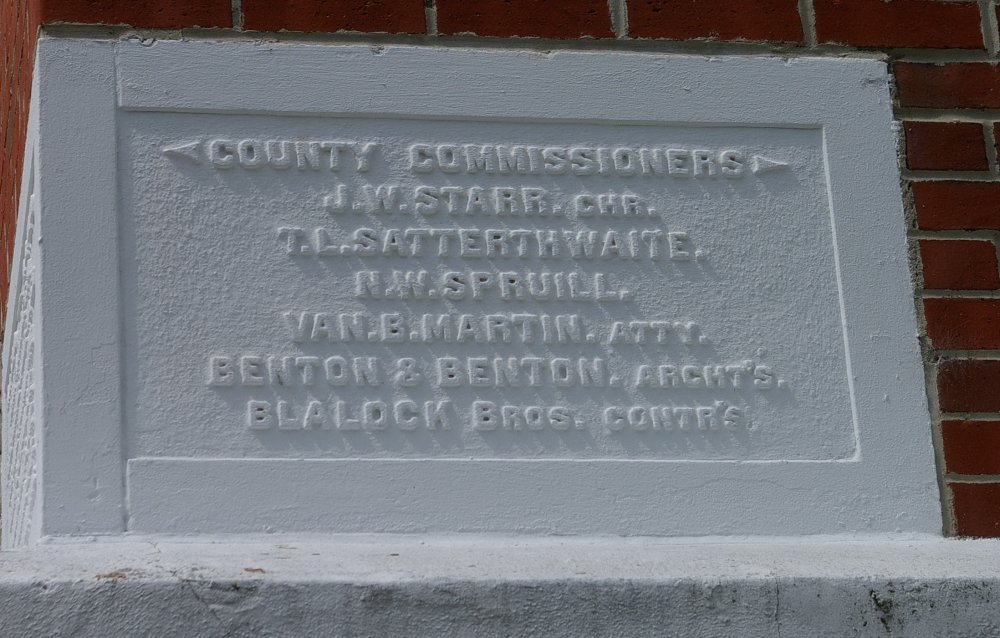