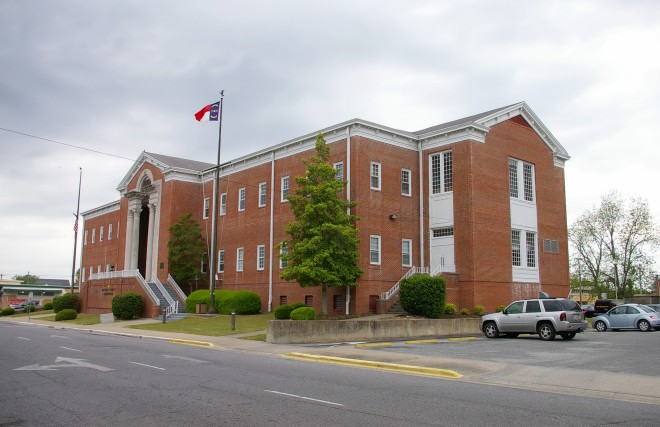 Beaufort County is named for Henry Somerset, Duke of Beaufort, who was one of the Lords Proprietor in 1709.

Description:  The building faces south and is a three story red colored brick and concrete structure. The building is located in the center of Washington. The south front has a large central portico with two high columns on either side of a recessed entrance with circular section at the top. Dual steps ascend to the first story entrance. The east and west ends of the building have recessed sections. The roof is hipped. The building houses the County Superior Court and County District Court of the 2nrd Judicial District. 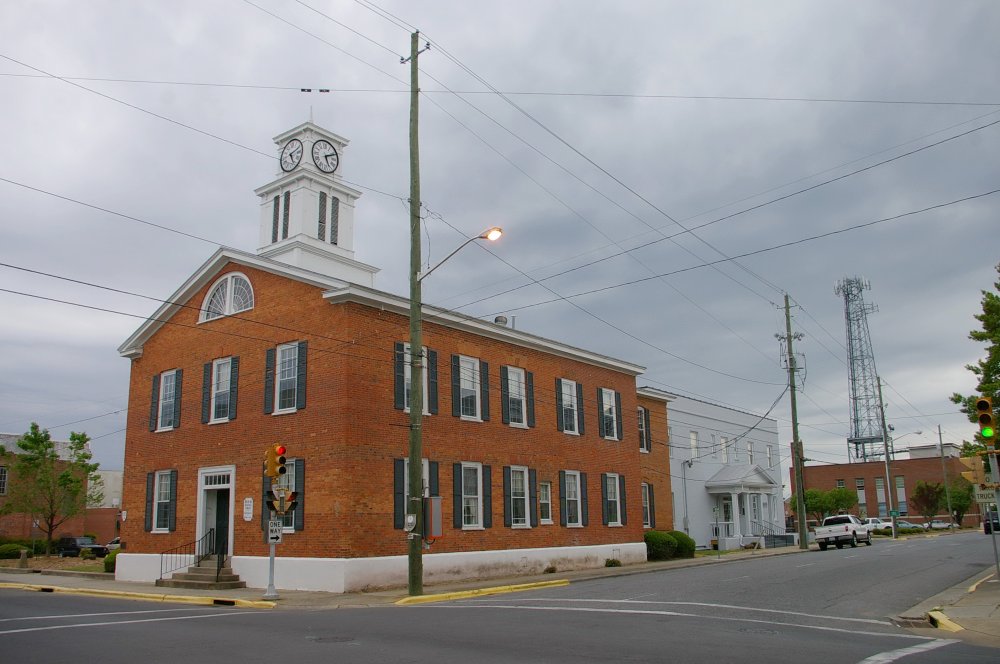 Description:  The building faces east and is a two story red colored brick structure. The building is located in the center of Washington to the south of the courthouse. The east front has a recessed central entrance. Below the hipped roof is a large fan light. On the center of the roof is a high square white colored wood cupola with clock at the top. In the interior, the old courtroom is located on the second story. The building now houses the Beaufort-Hyde-Martin Regional Library. 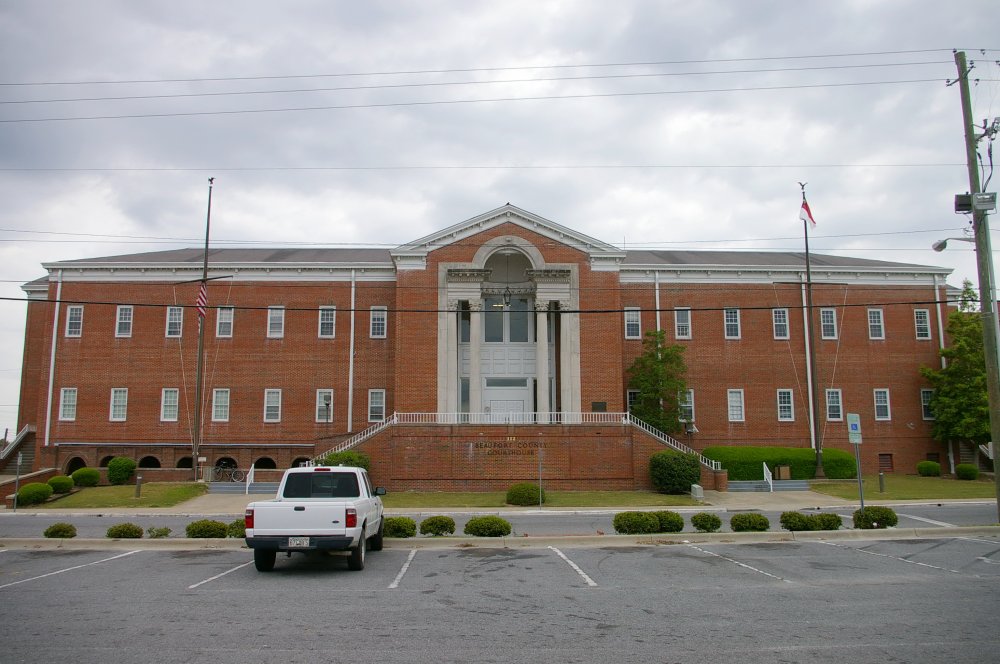 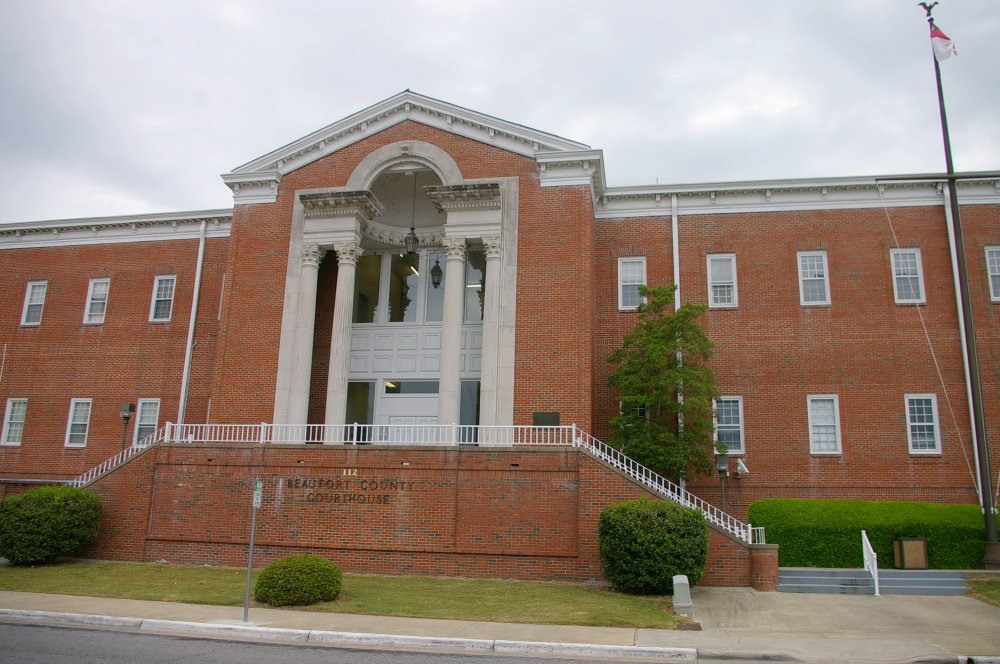 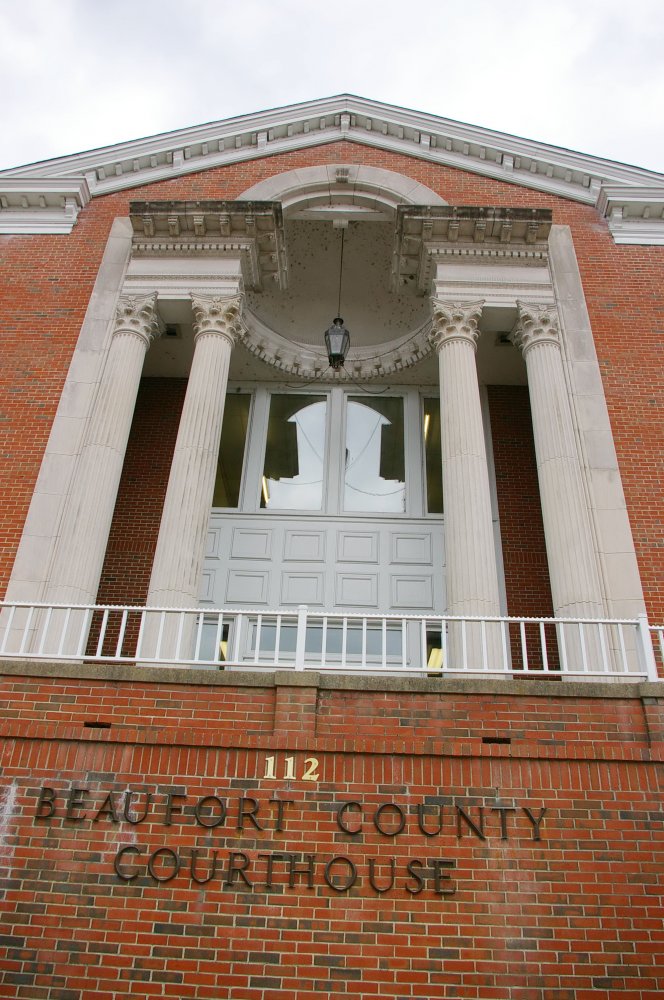 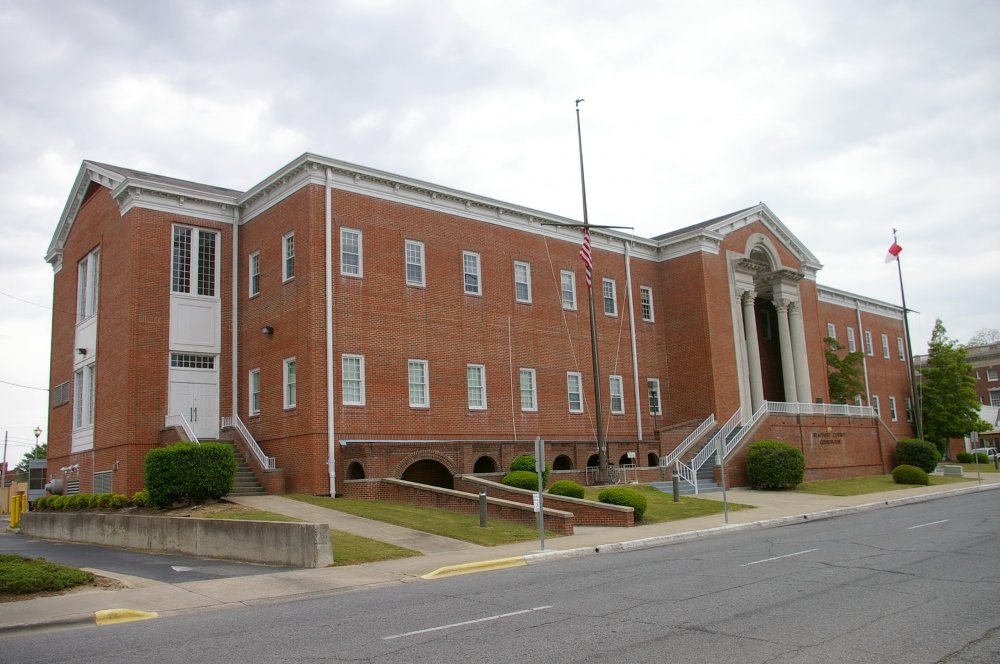 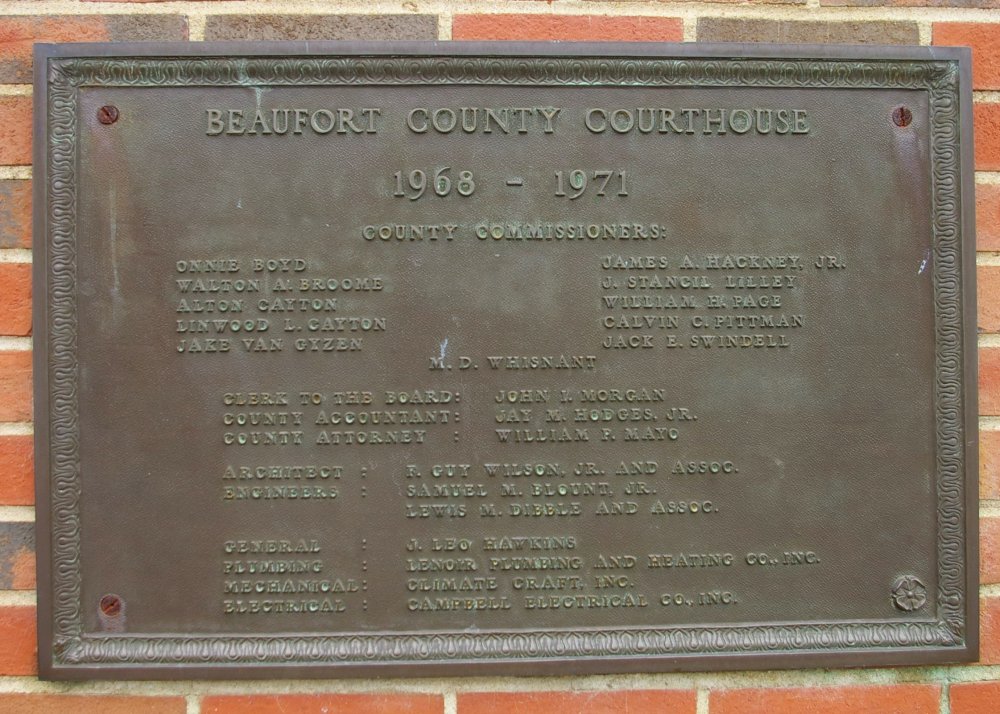 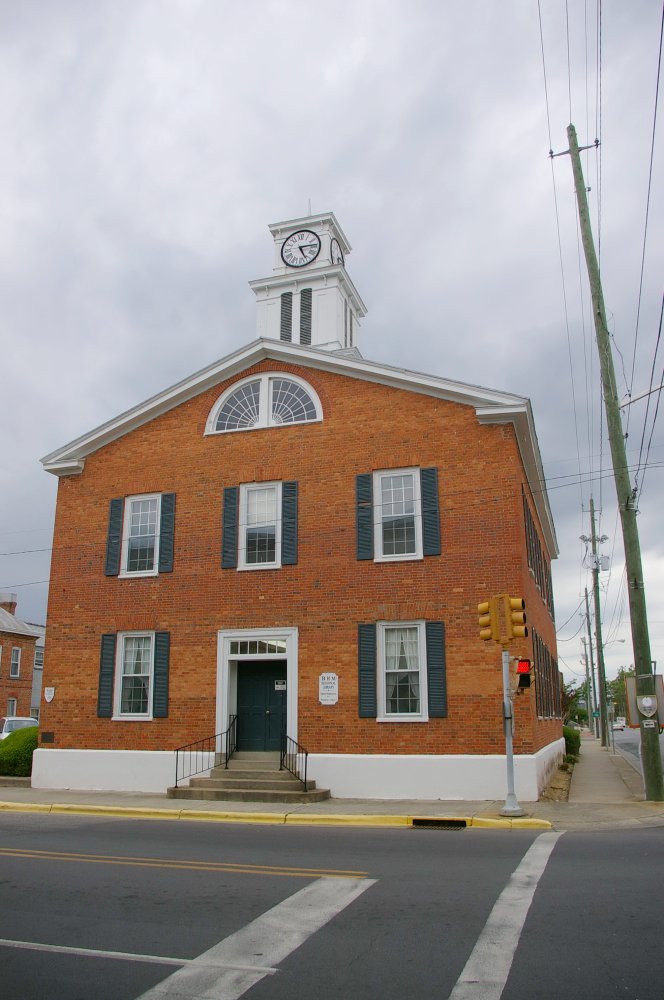 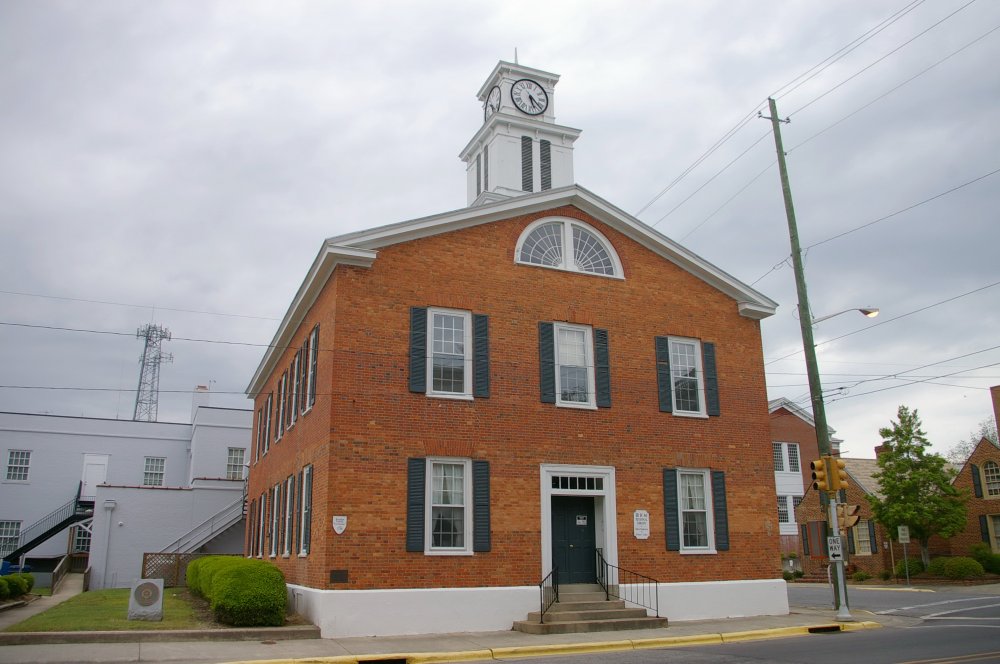