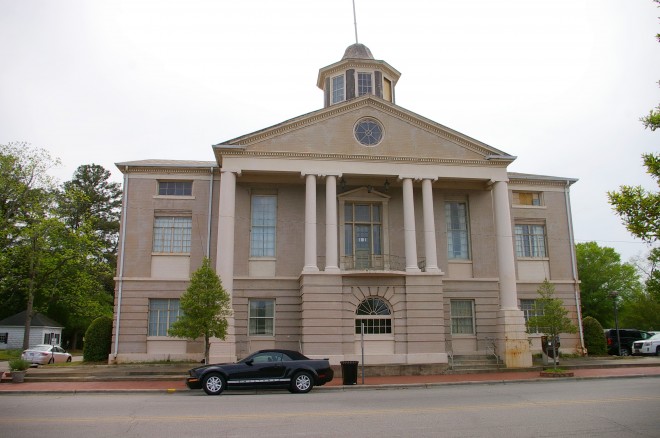 Bertie County is named for James Bertie or Henry Bertie, who were two Lords Proprietor of colonial North Carolina.

Description:  The building faces northeast and is a two story light brown colored brick and concrete structure. The building is located on landscaped grounds in the center of Windsor. The northeast front has a large portico with a large column on each side and two double columns in the center rising from the second story to the wide pediment with circular window at the roof line. The central entrance on the first story is arched. The second story has a large central window. On the roof is a hexagonal cupola with windows. The courtroom is located on the second story. The building houses the County Superior Court and County District Court of the 6th Judicial District. An addition was added in 1906. The contractor was B F Smith Fireproof Construction Company. In 1941 the building was remodeled and another addition along the southwest side. The architect was George D Mizelle. Again in 1974 another addition was added which has a high white colored cupola with clock at the top. On the southwest side is the two story Courthouse Annex. 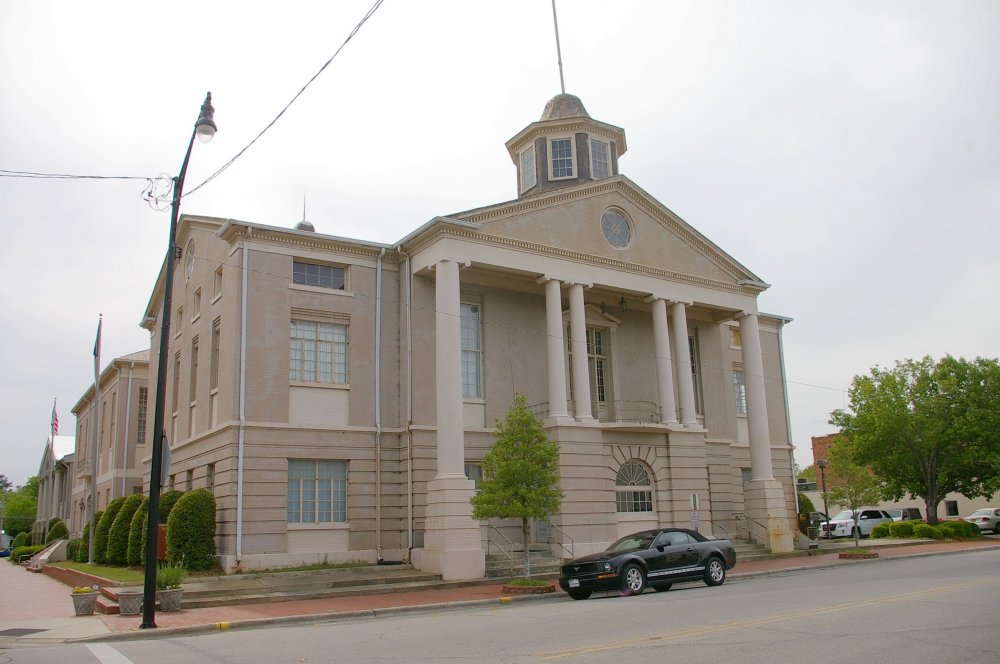 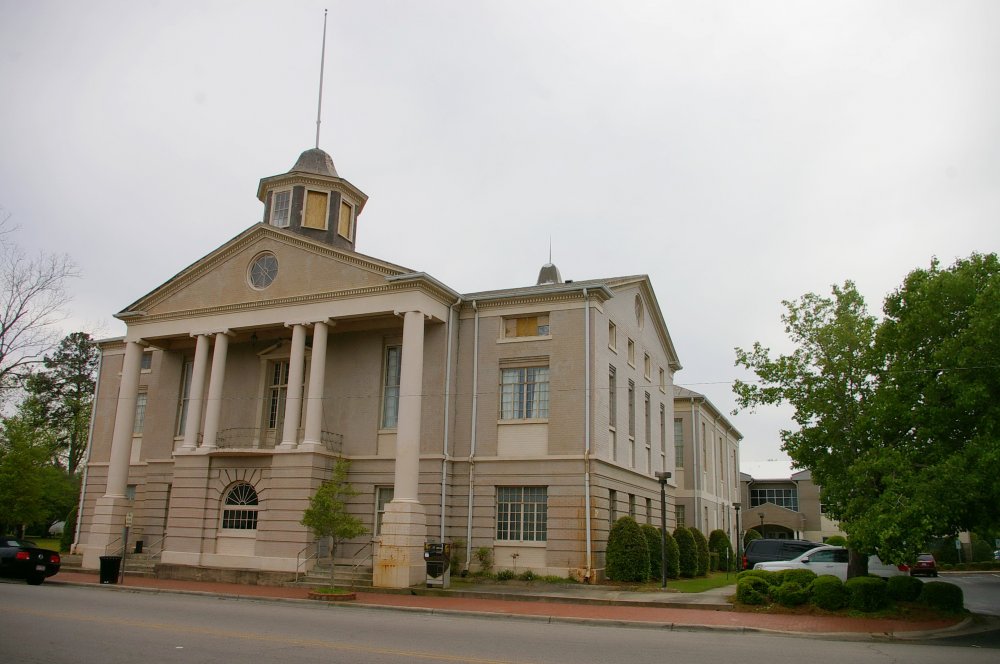 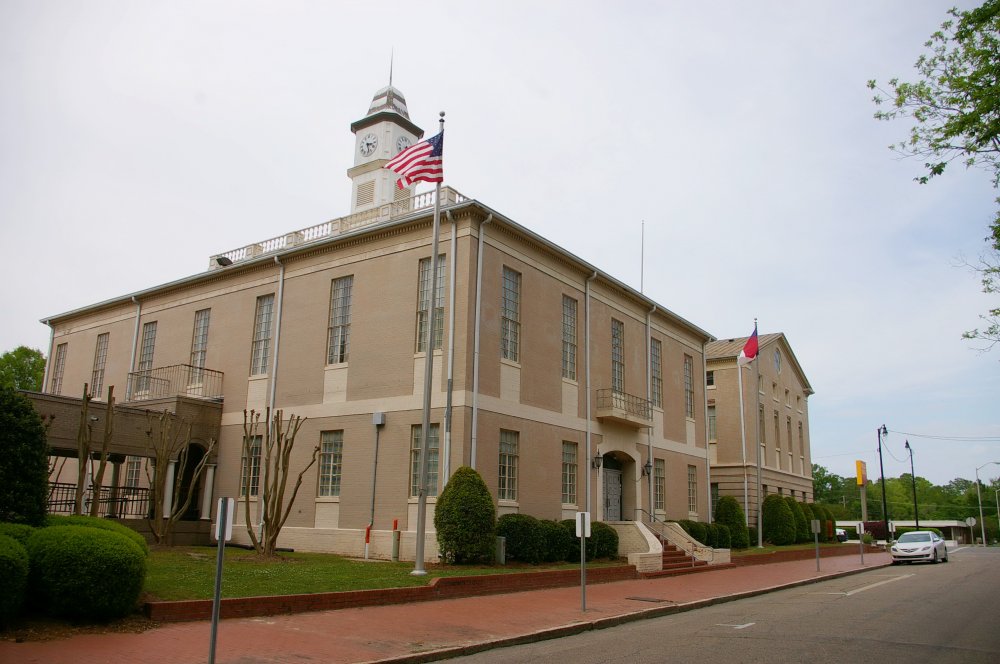 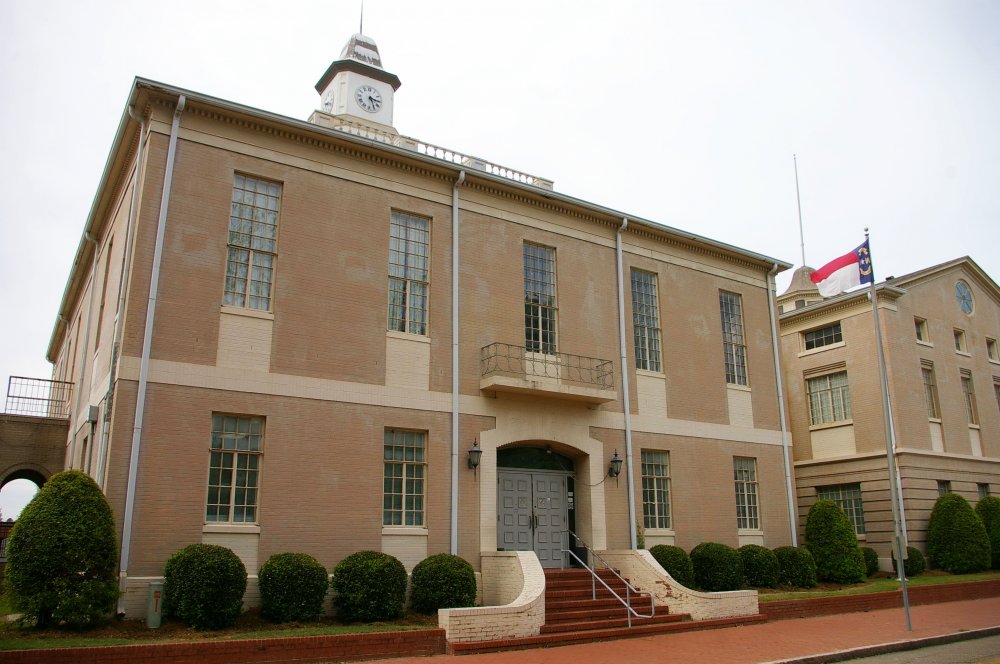 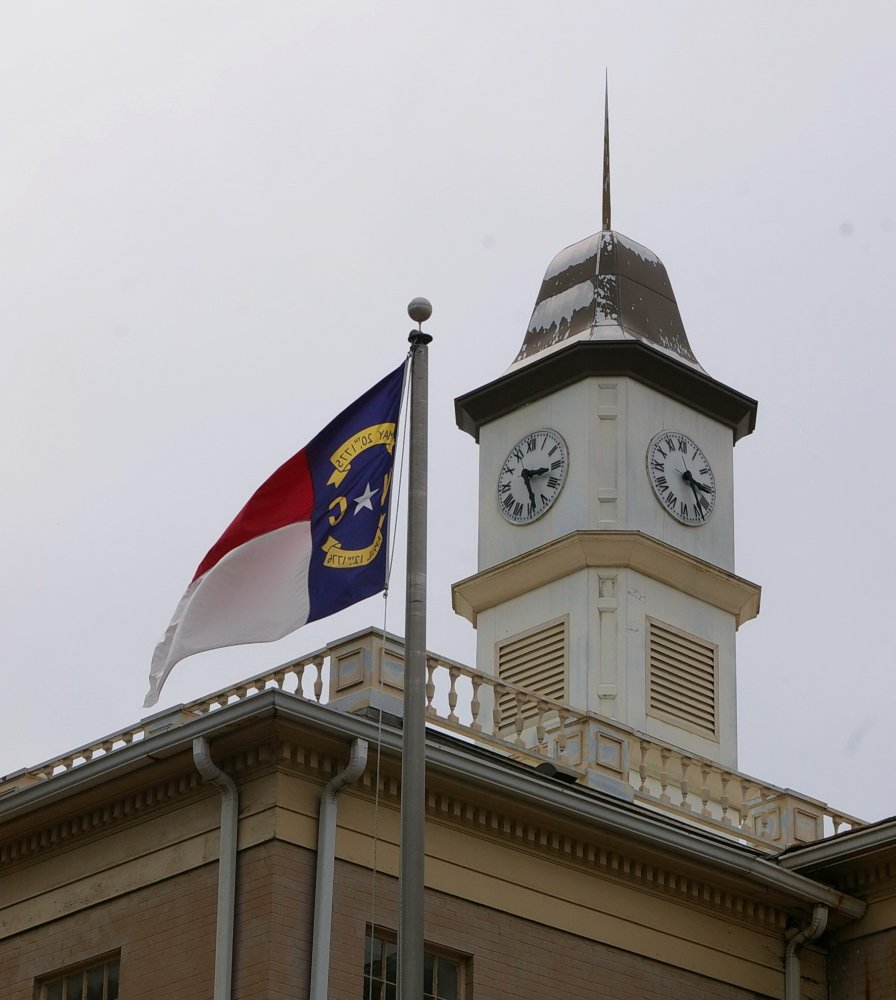 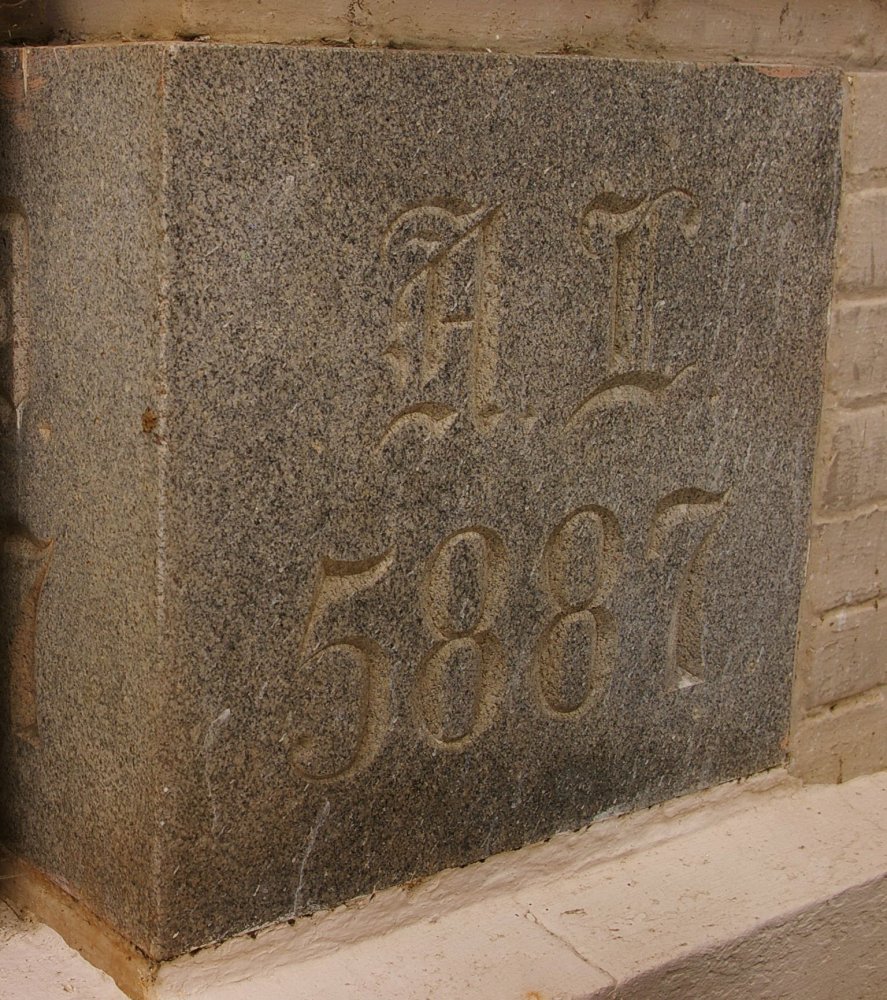 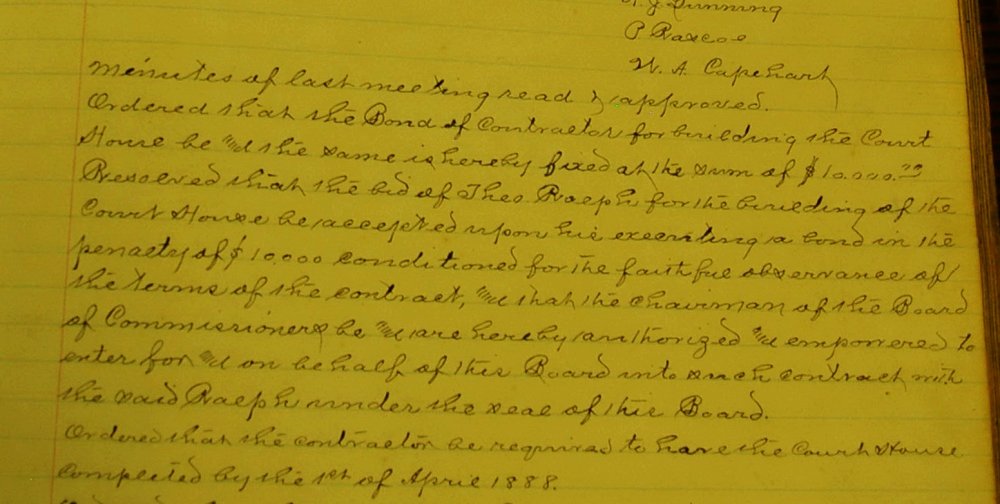 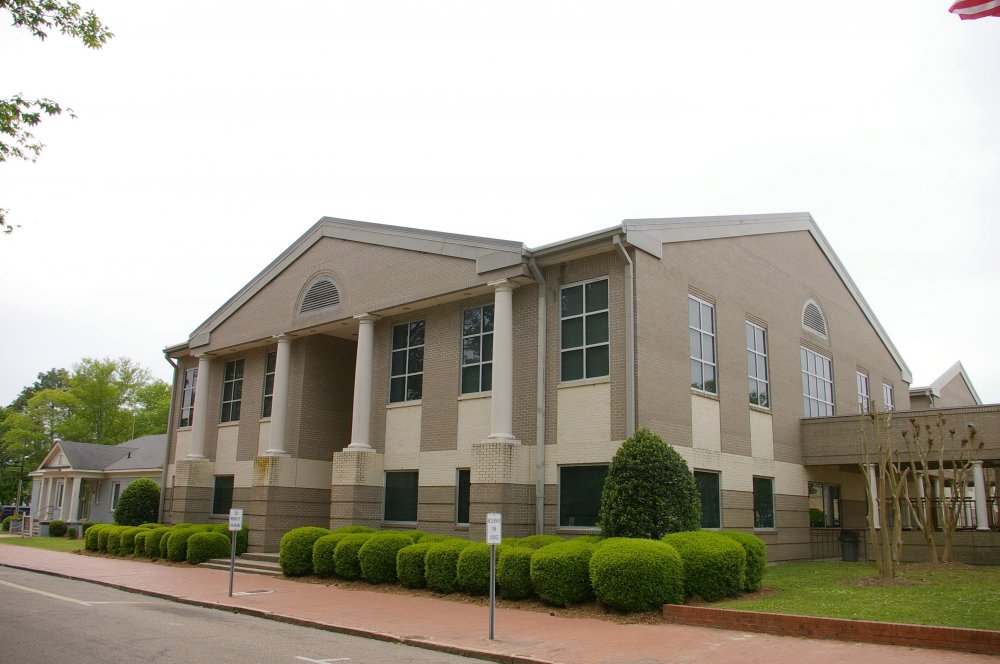 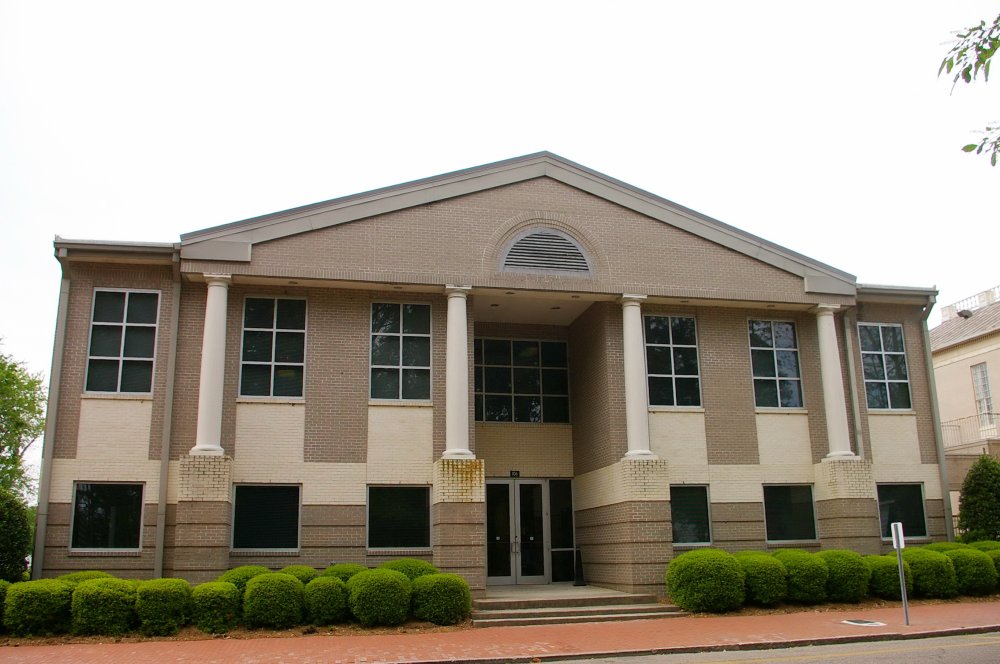 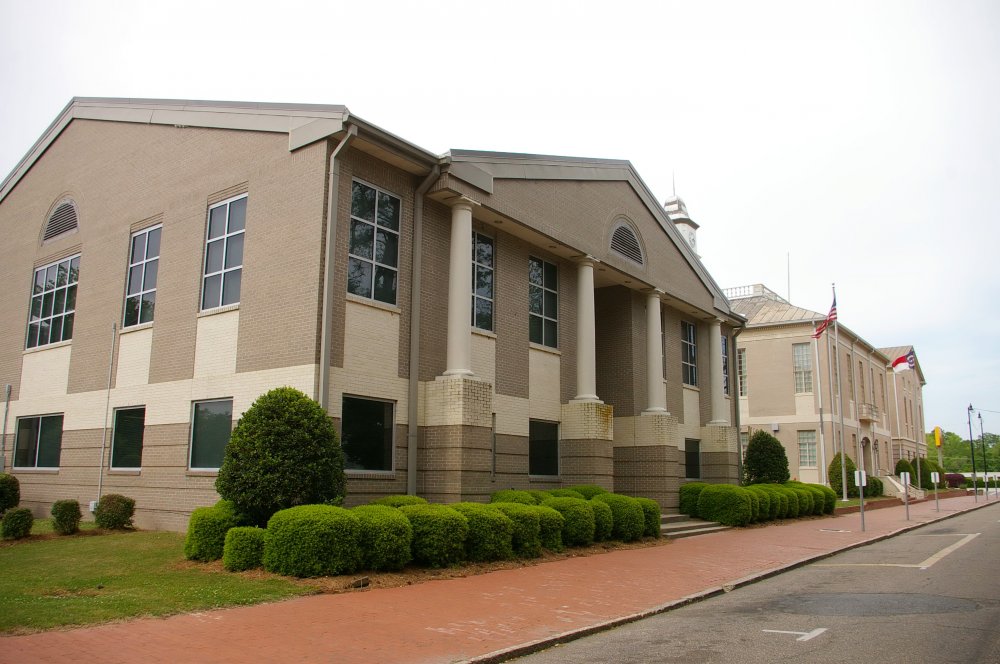