Mercer County is named for High Mercer, who was a general in the Continental Army and who died at the Battle of Princeton in 1777.

Description:  The building faces west and is four story concrete, stone and glass structure. The west front has a central recessed entrance on the first story with a steel canopy with two steel columns. The recessed wall is glass panels. Black colored stone facing frames the entrance and recessed second story balconies. The third story has wide semi-circular windows. And the fourth story has black colored stone facing. The roof line is flat with a projecting steel overhang. The building houses the Mercer County Superior Court – Criminal Division. The construction manager was Joseph Jingoli & Son Inc. of Lawrenceville. 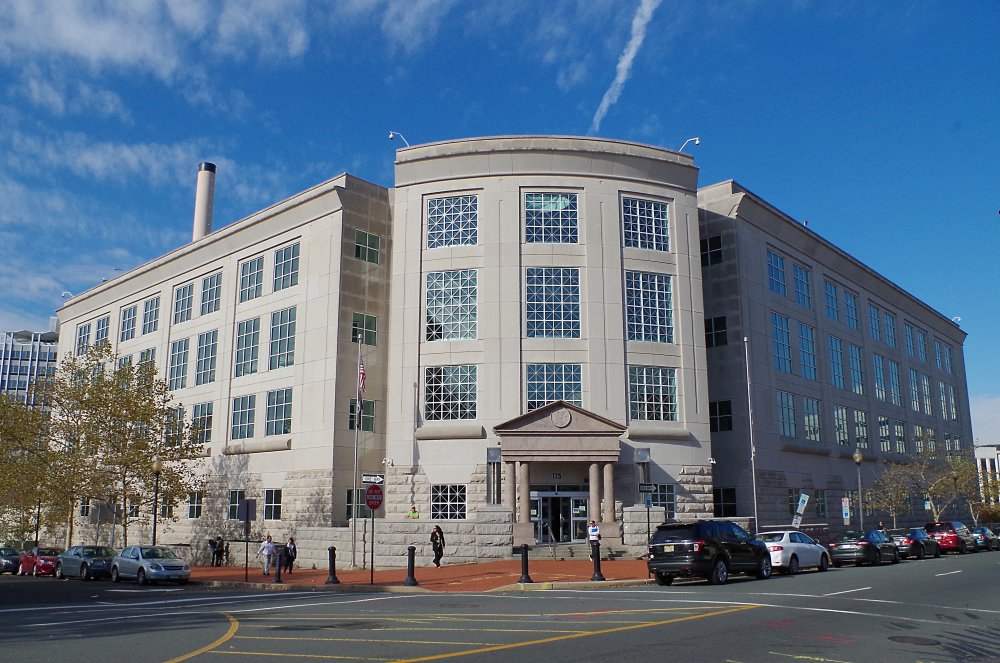 Description:  The building faces east and is a five story concrete structure. The building replicates a 19th Century Civil building. The building is “L” shaped and the southeast corner is rounded with a small portico on the first story with four columns rising to a pediment. The windows have decorative grill work. The roof line is flat. The entrance lobby is two stories in height. Description:  The building faces east and is a three story gray colored stone and concrete structure. The south front has a projecting center section with three arches on the first story and six columns rising from the second story to a pediment at the roof line. On the east side is an addition constructed in 1938. The building is now the Prosecutors Building and is being renovated. The construction manager was Joseph Jingoli & Son Inc. of Lawrenceville and the contractor is Dandrea Construction Company Inc.

See:  Located in the county is the New Jersey Supreme Court. 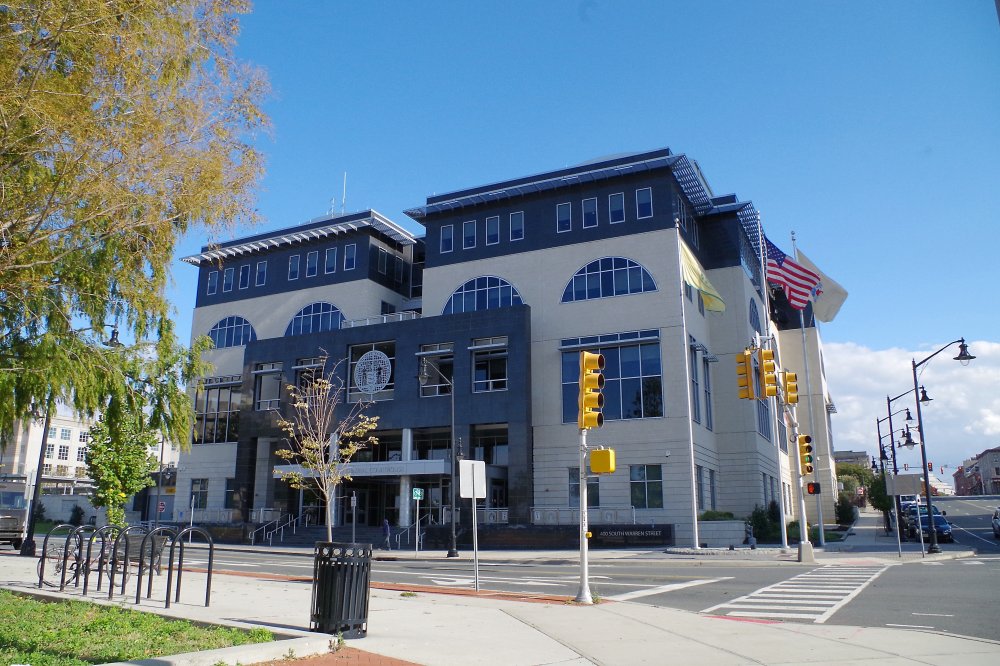