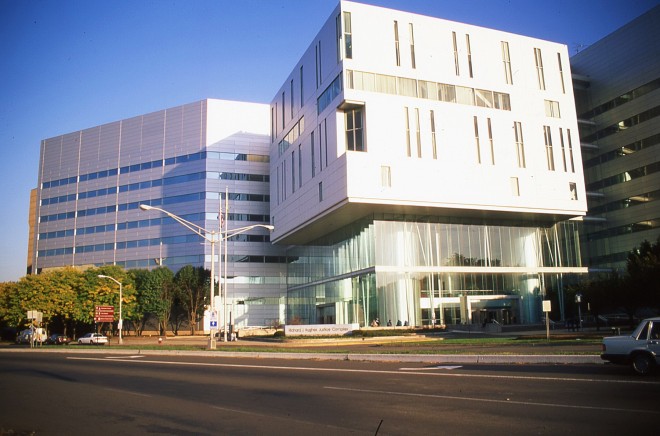 Architect:  Grad Associates of Newark and StudioHillier of Princeton

Description:  The Supreme Court is located in the Justice Complex at  The building is named as the Richard J Hughes Justice Complex. The building faces north and is an eight story steel, aluminum and glass structure. The building is located on landscaped grounds. The main portion of the building forms a “L” with an east and south wing around a center cube that holds the Supreme Court courtroom, two additional courtrooms and office and conference space. Indoor bridges connect the offices on the fourth, fifth, seventh and eighth floors. The main entrance to the building leads into the lobby atrium, which is open through 10 stories to a skylight on the roof. The 10,800-square-foot Supreme Court courtroom features a 21-foot tall ceiling, sloping to 18 feet in the center, a 22.5-foot high skylight, polished walls fashioned from Vermont marble and etched glass created by glass artist Benoit Gilsoul. The bench, counsel’s tables and podium were crafted from African mahogany veneer. There are two sets of bookcases, each seven feet tall, on either side behind the bench, and there are 80 upholstered theater-style chairs in curved rows on either side of the main entrance. The building also houses the courtroom of the Appellate Division of the Superior Court.

Note:  The Senate Majority Conference Room on the second floor in the northeast of the State House, originally housed the precursor to what is now the State Supreme Court. The stained-glass skylights, cornices and plasters all reflect the classical elements of the wing. The paint colors match the room’s 1903 decor. From 1929 until 1982, the Supreme Court sat in the Statehouse Annex. 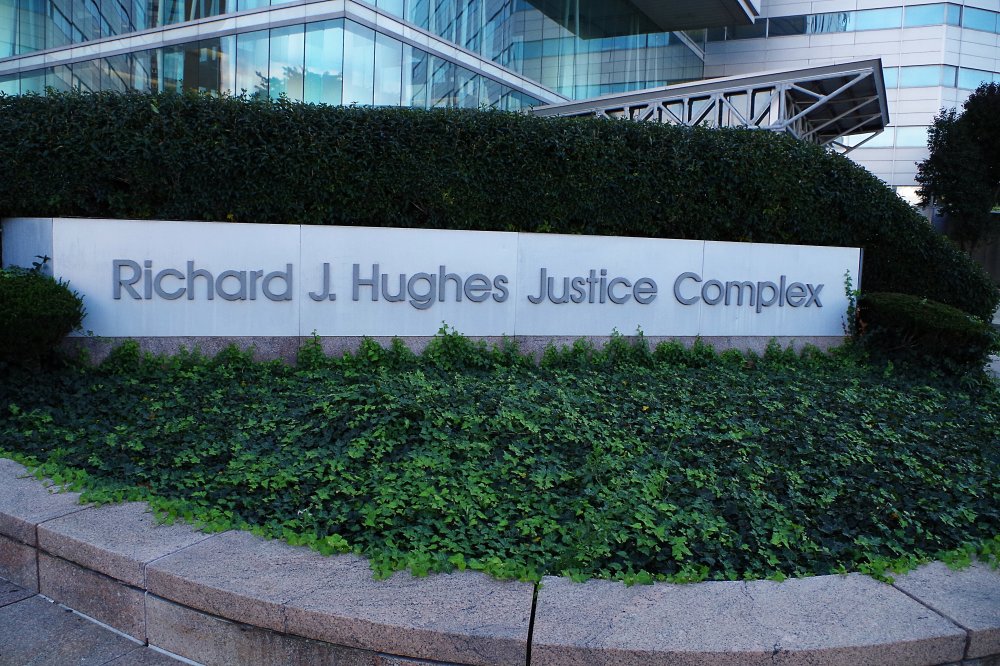 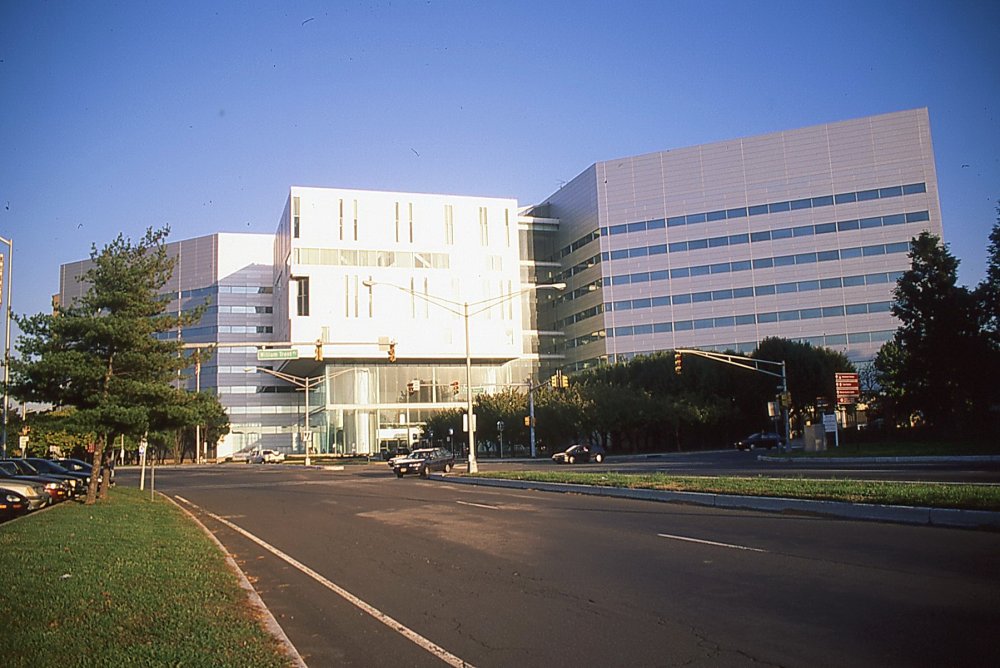 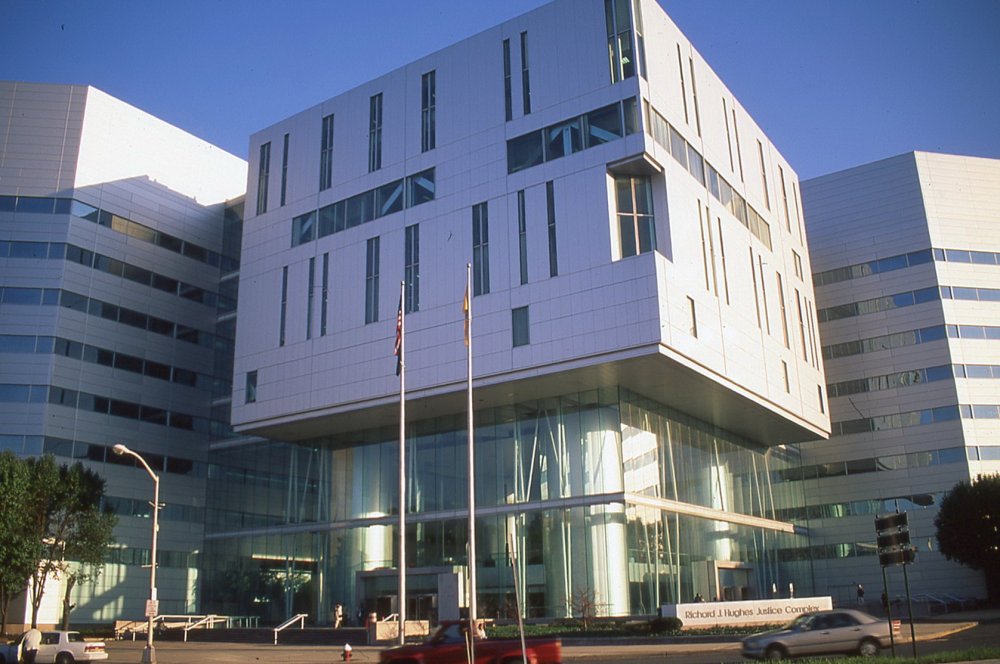 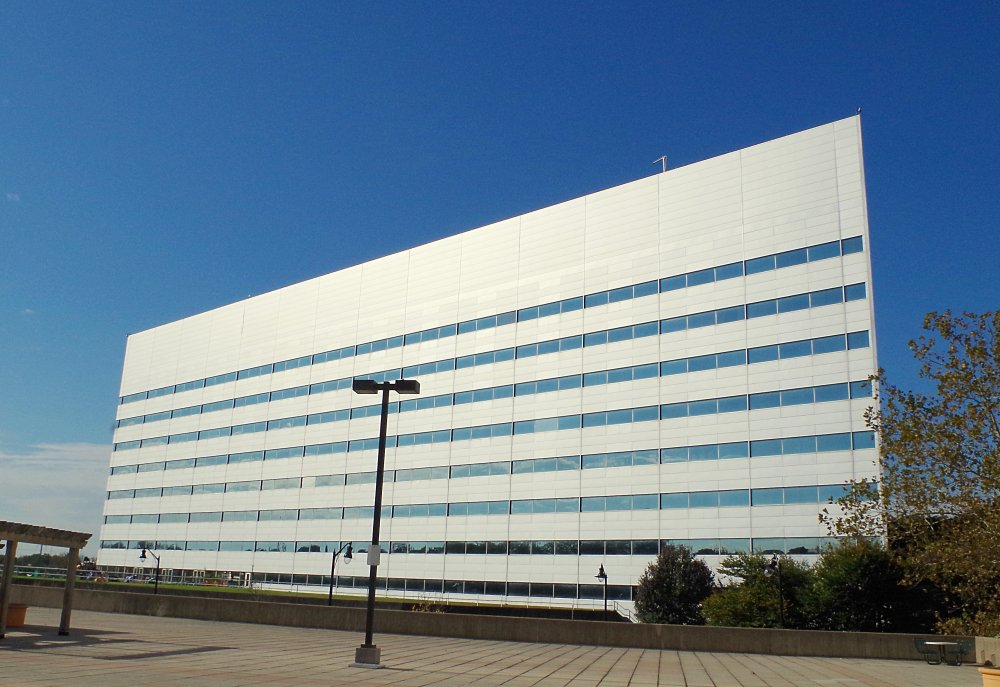 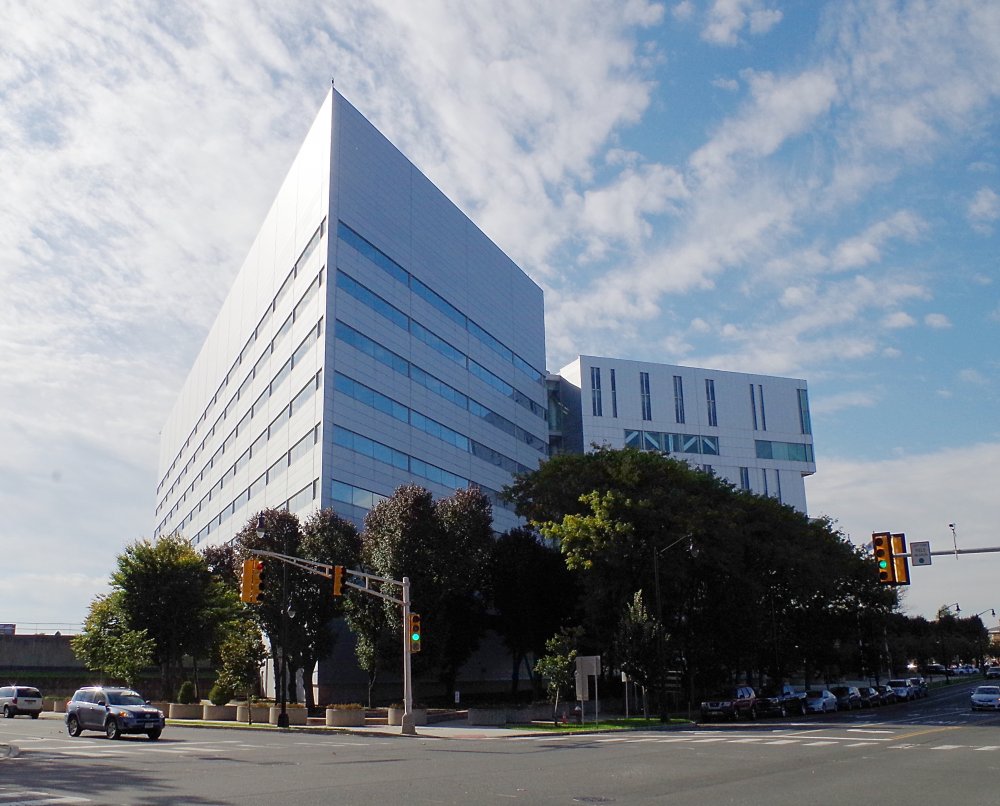 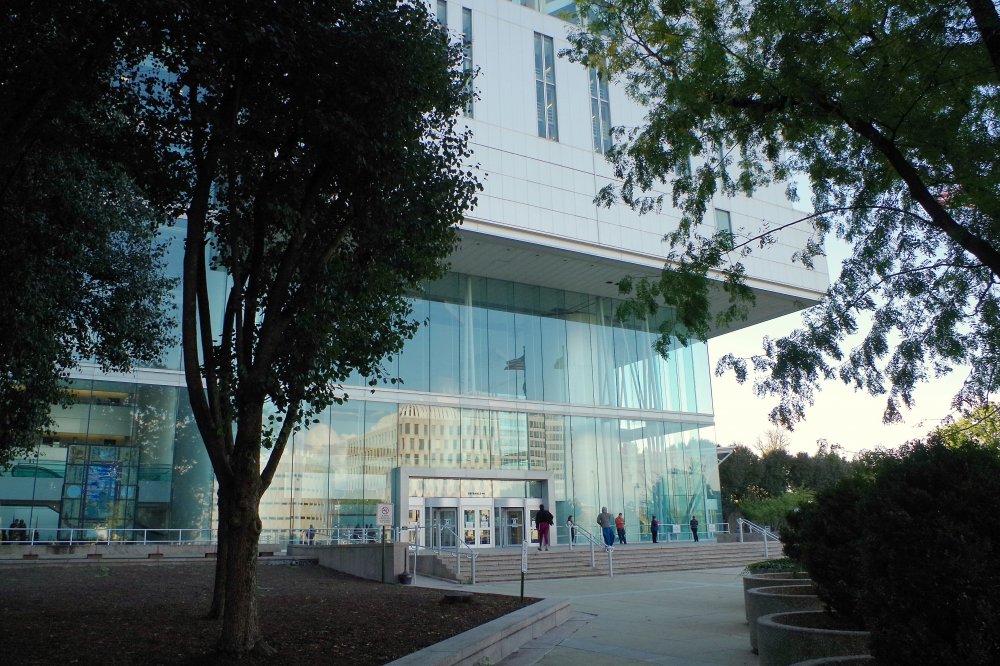