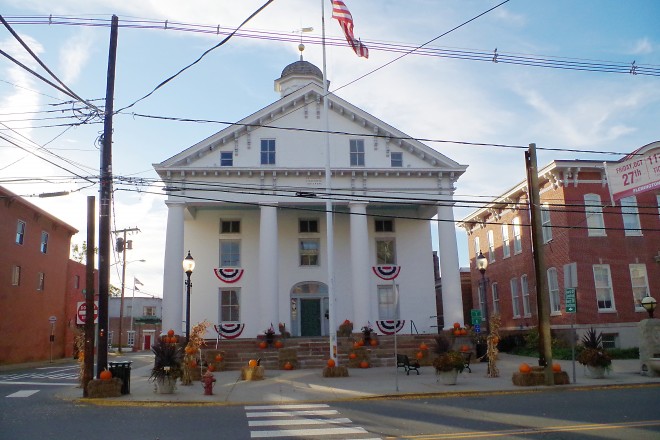 Hunterdon County is named for Robert Hunter, who was the colonial Governor of New Jersey from 1710 to 1720.

Description:  The building faces east and is a two story white colored stuccoed stone structure. The front has a large porch with four large white colored Truscan columns rising to a wide header with pediment above. The recessed first story entrance is arched. On the hipped roof is an octagonal cupola. On the west side is the two story stone jail Description:  The building faces southeast and is a two story red colored brick and concrete structure. The building is located on landscaped grounds. The southeast front has a portico with four columns with pediment above.