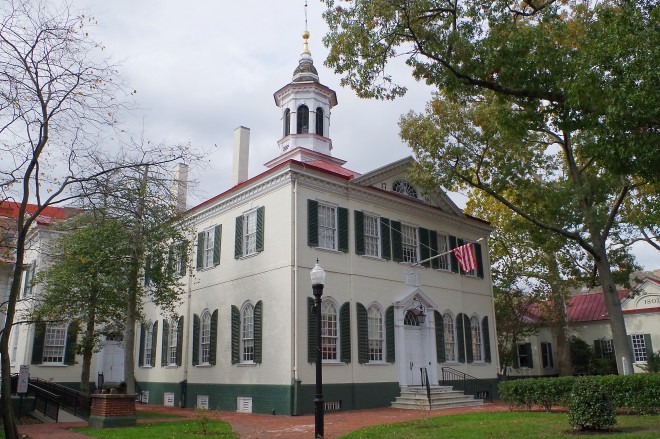 Burlington County is named for the ancient market town a mile from shore in Bridlington, England.

Description:  The building faces east and is a two story white colored brick and wood structure. The building is located on landscaped grounds to the east of the courthouse. The east front has a central wood framed entrance with fanlight. The first story windows are arched and all the windows have green colored shitters. On the west side is a rounded section.  The gable roof has a fanlight. On the center of the roof is an octagonal open cupola which houses a bell that was cast in England in 1755. A balustrade runs along the roof line. An addition was constructed in 1886. The architect was Hazelhurst & Huckel. On either side of the building are the one story white colored brick office buildings constructed in 1807. To the north is the old stone prison designed by Robert Mills constructed in 1811.

Note:  The previous courthouse was built in Burlington in 1693. 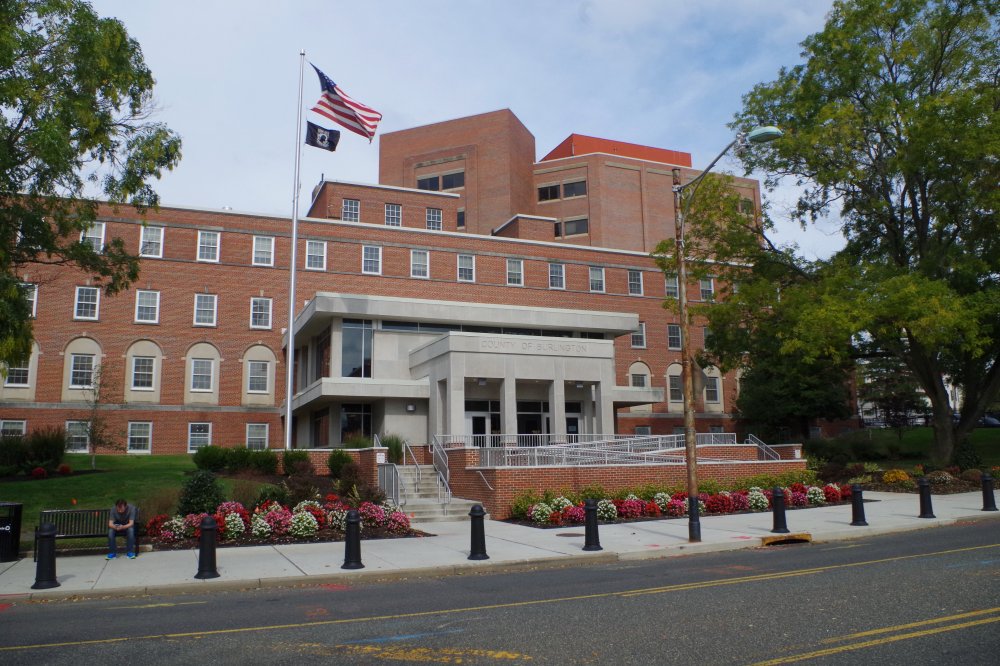 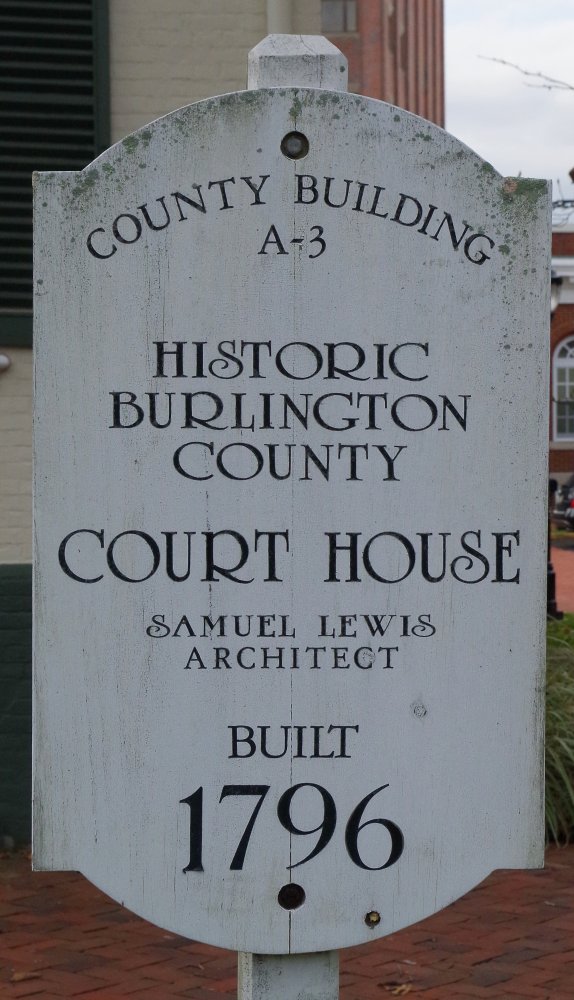 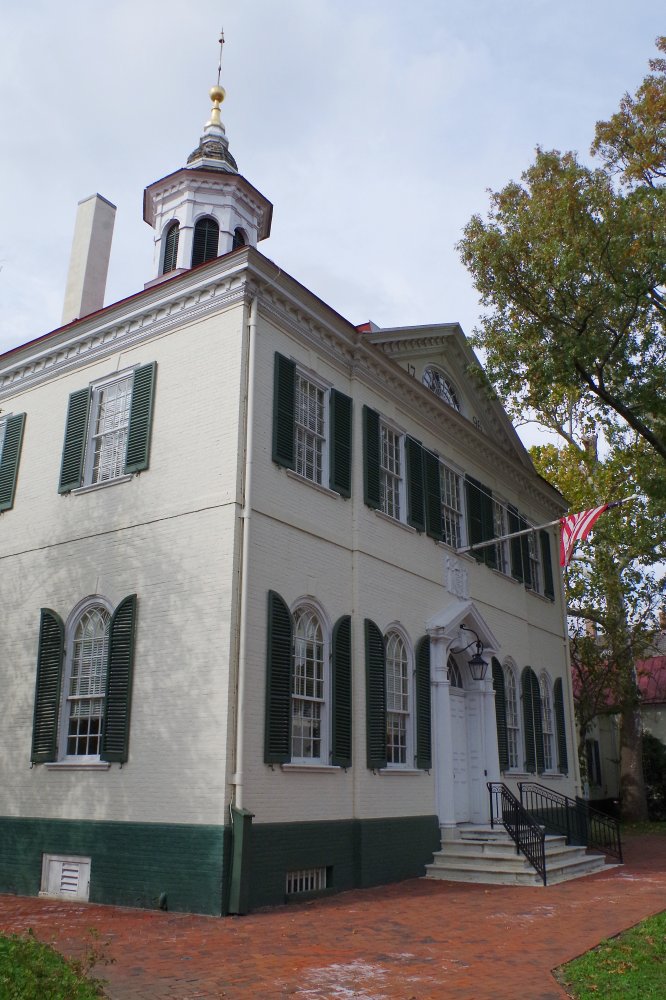 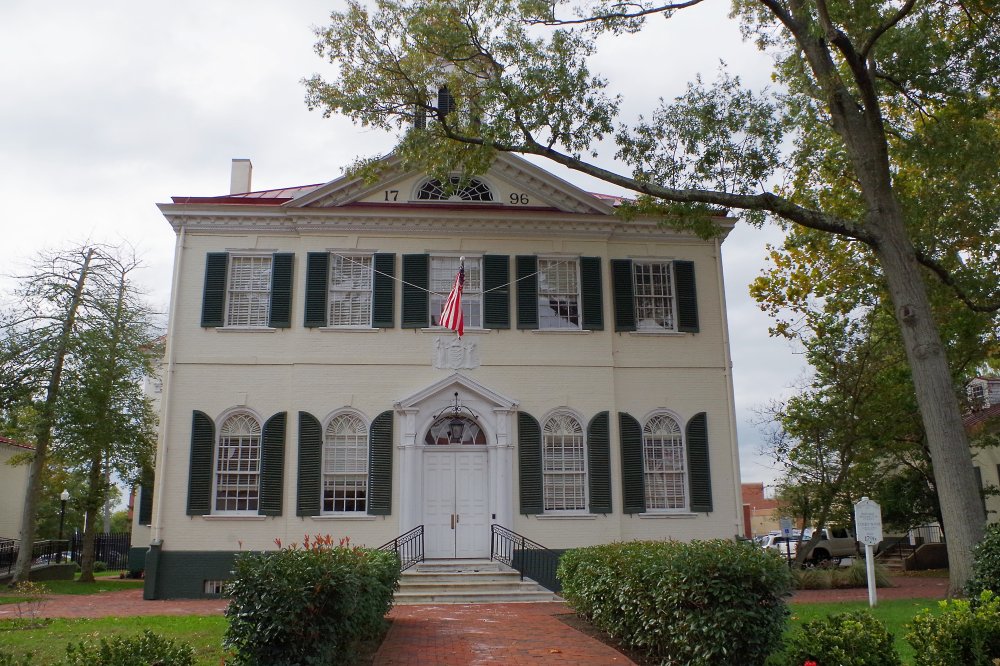 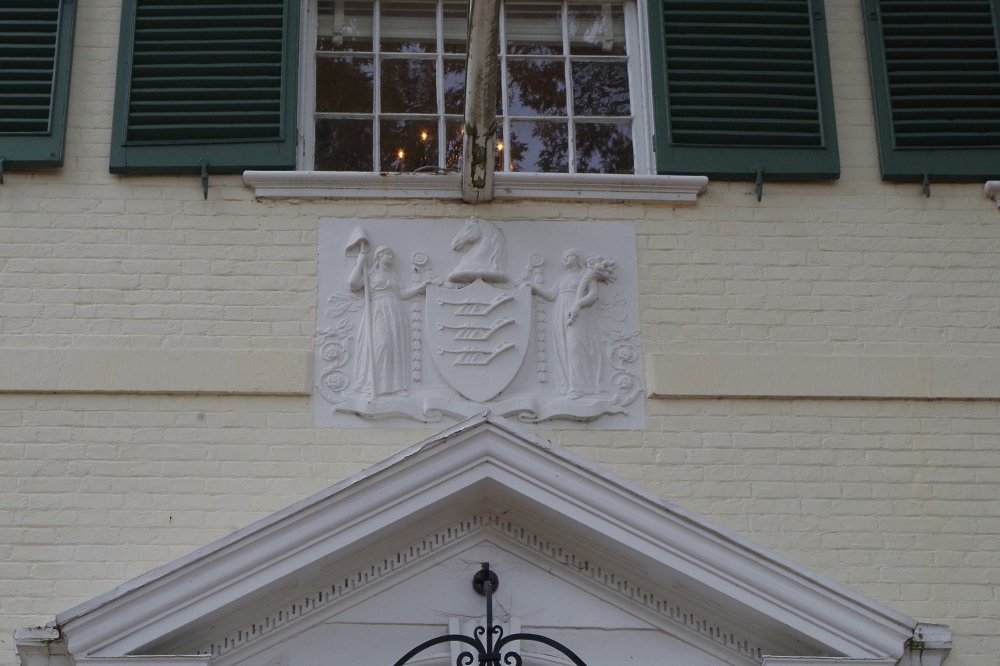 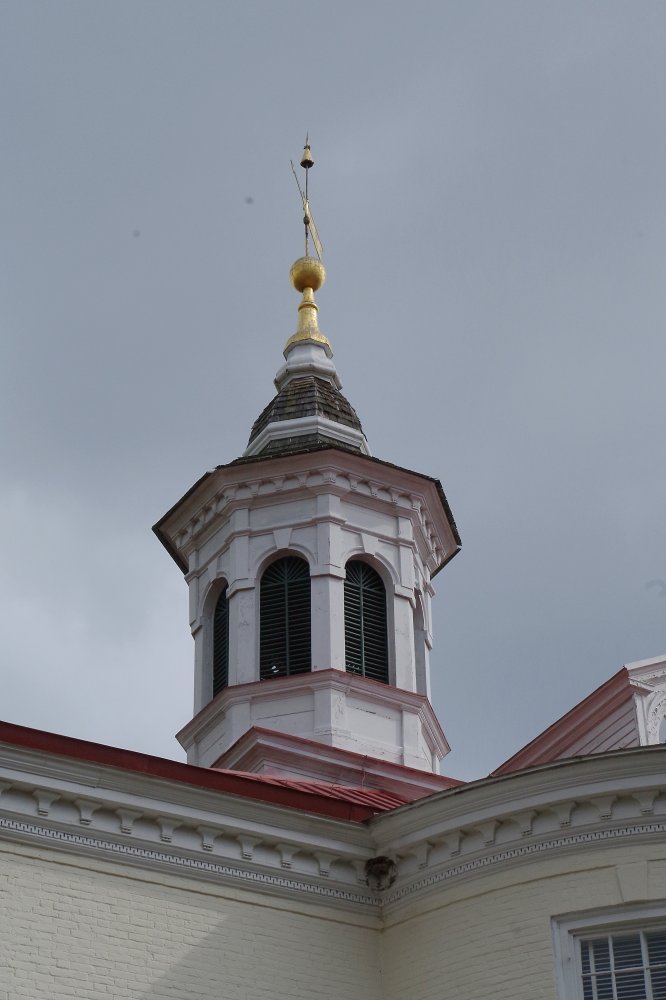 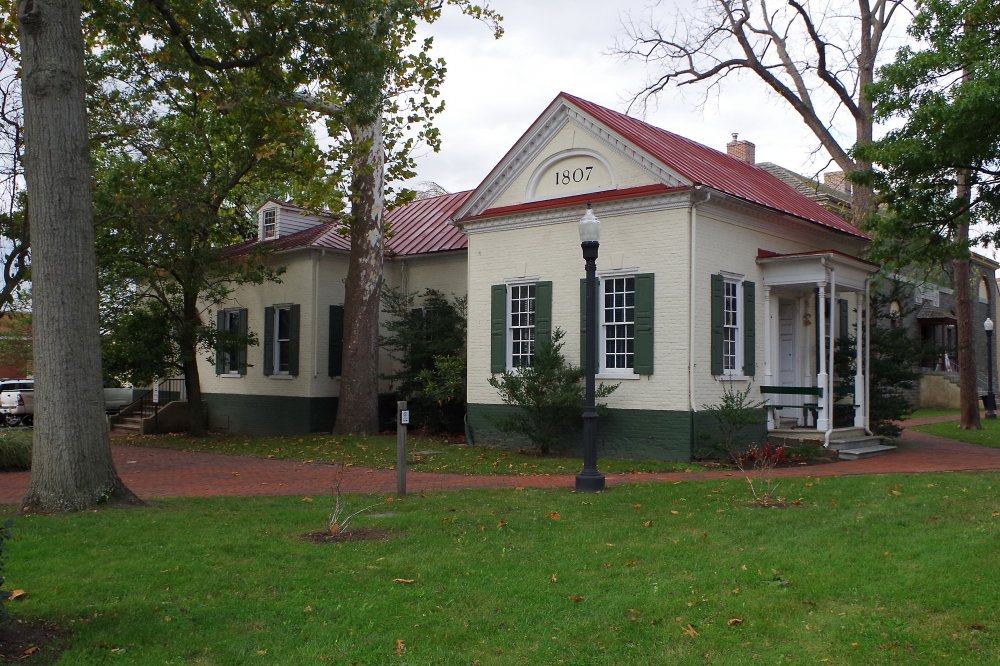 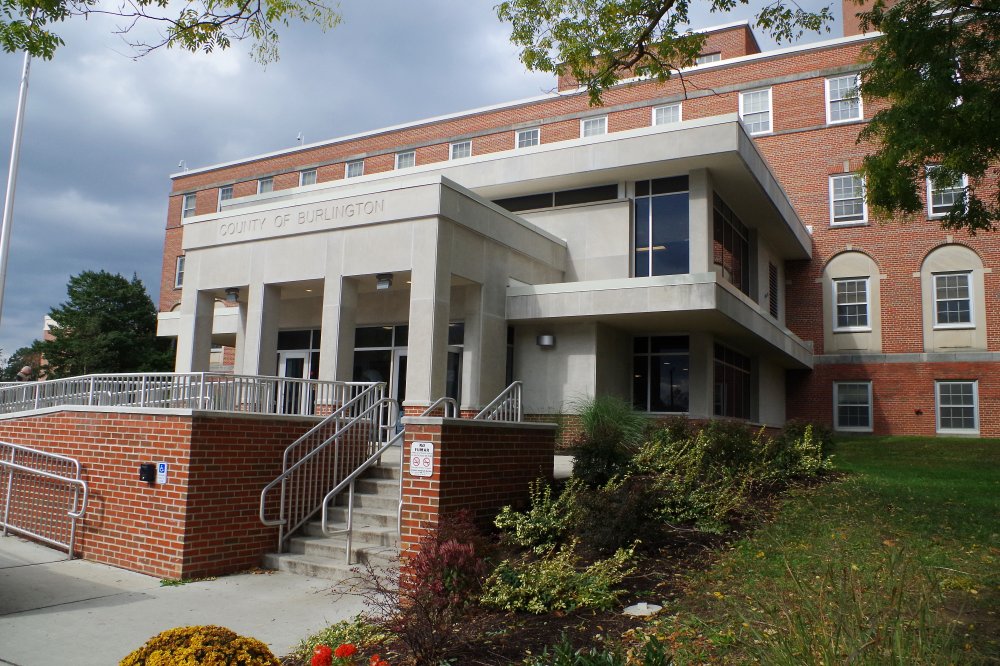 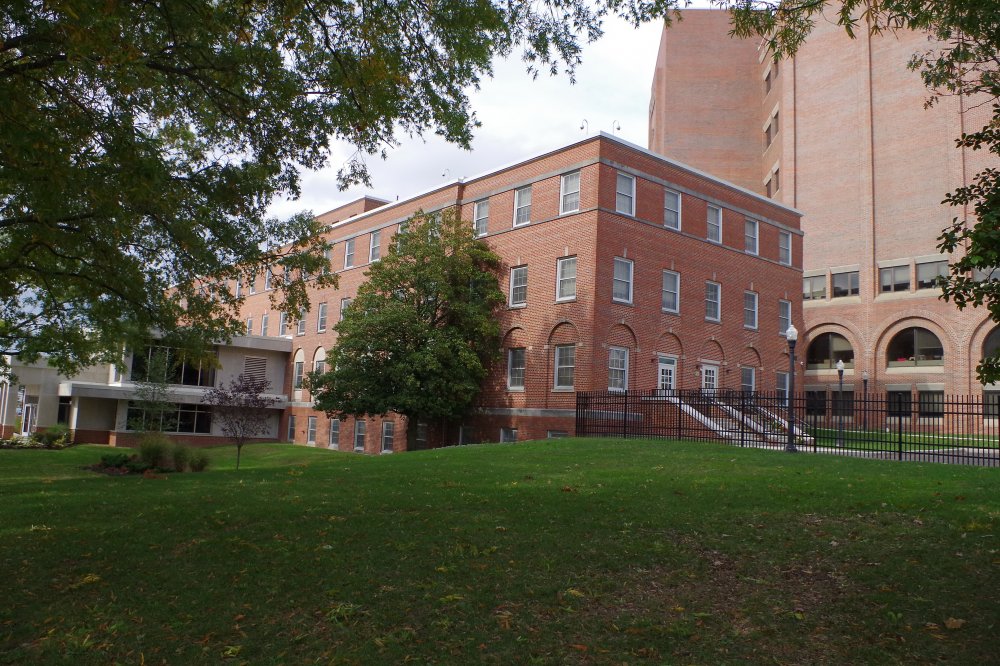