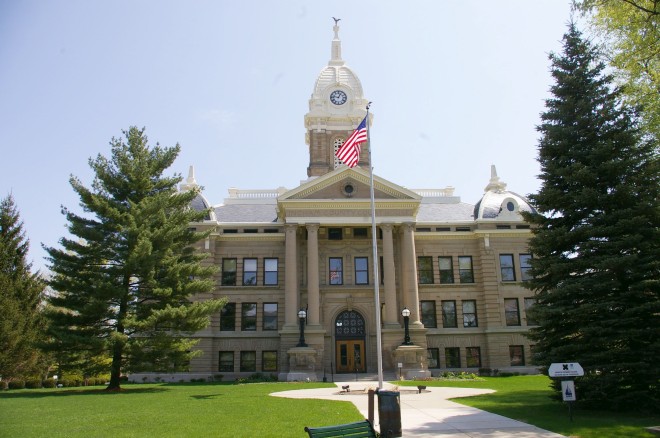 Ingham County is named for Samuel Ingham, who was Secretary of the Treasury under President Andrew Jackson.

Architect:  Edwyn A Bowd of Lansing

Description:  The building faces east and is a two story Berea sandstone and concrete structure. The building is located on spacious landscaped grounds in the center of Mason. The building has a large portico supported by four large columns rising to a pediment at the roof line. On the center of the roof is a square dome with clock and white colored roof. The statue of a Golden Eagle is atop the dome. The roof is black colored slate. In the interior is a central rotunda. On the second story outside the courtroom are four arch-shaped murals. The courtroom is expansive with wood furnishings and frescoes. The building houses the County Circuit Court of the 30th Judicial District. The building was renovated from 1980 to 1995. 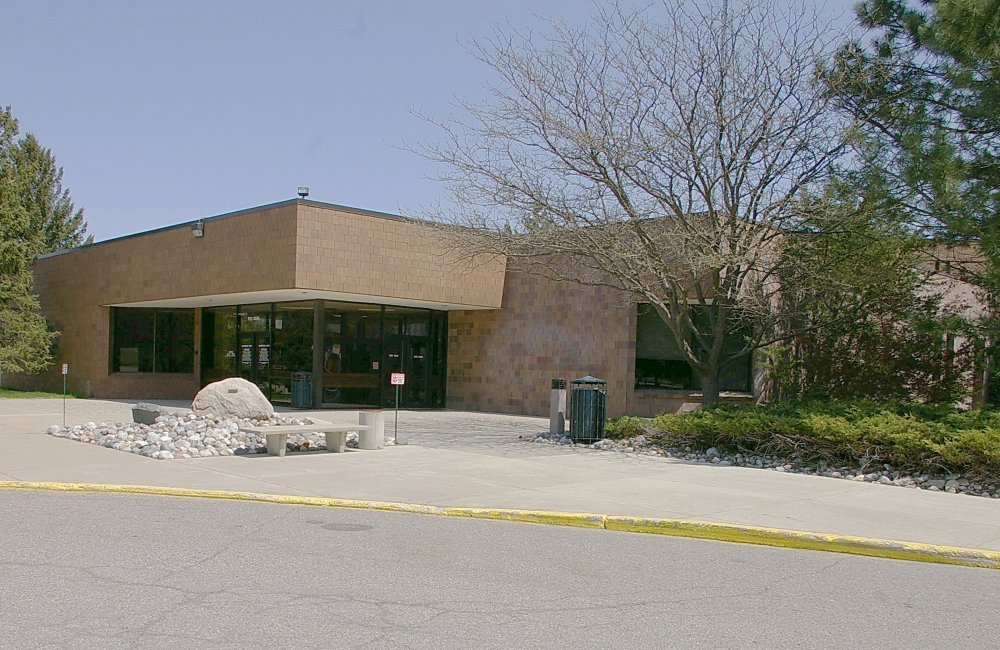 Description:  The building faces west and is a one story brown colored brick and concrete structure. The roof line is flat.

See:  Michigan Supreme Court which is located in Lansing 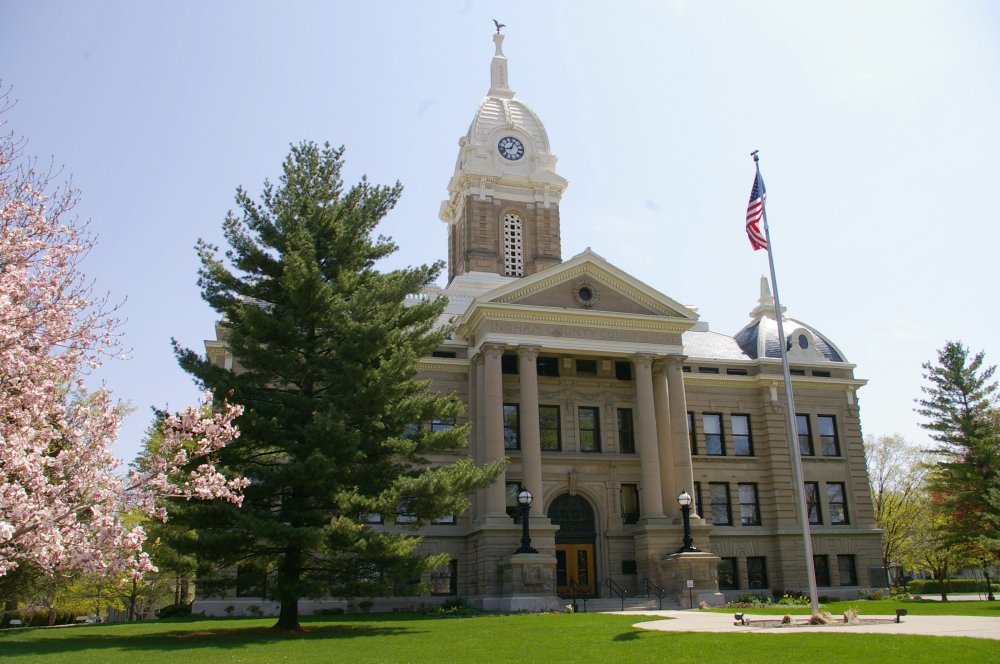 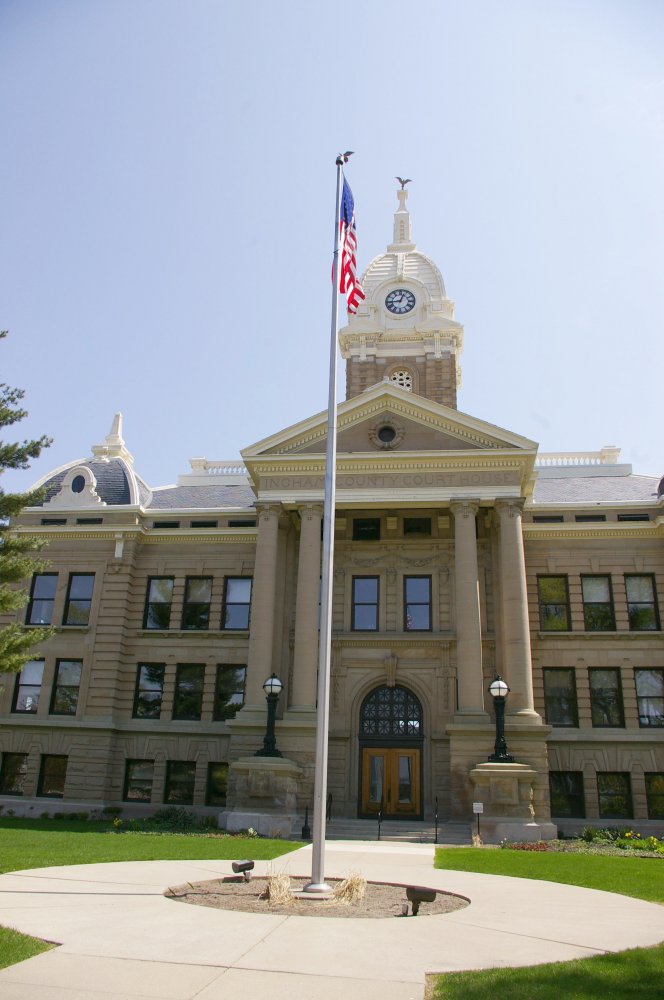 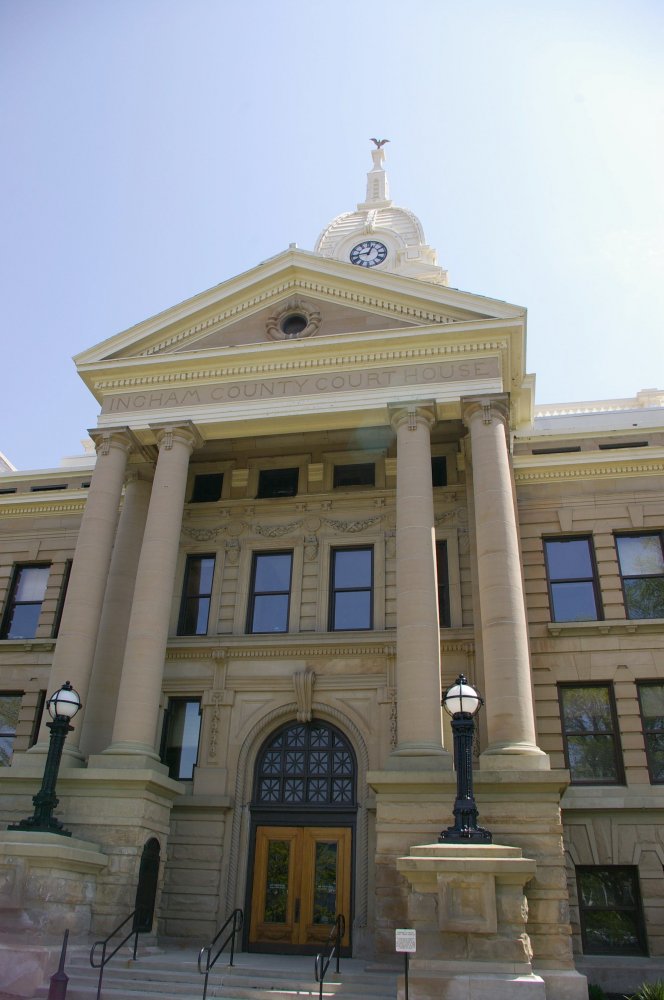 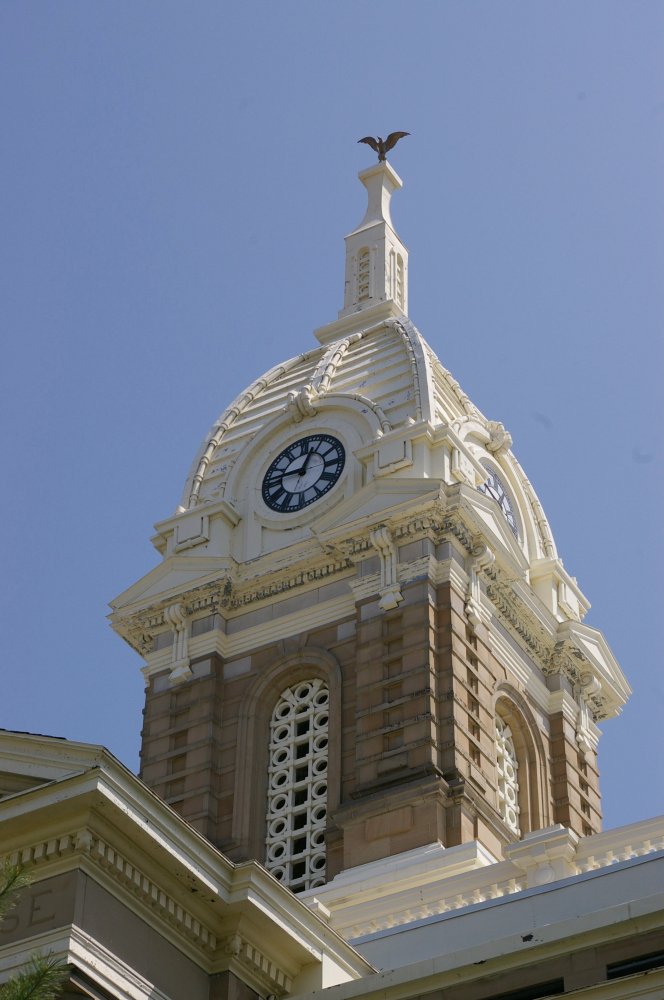 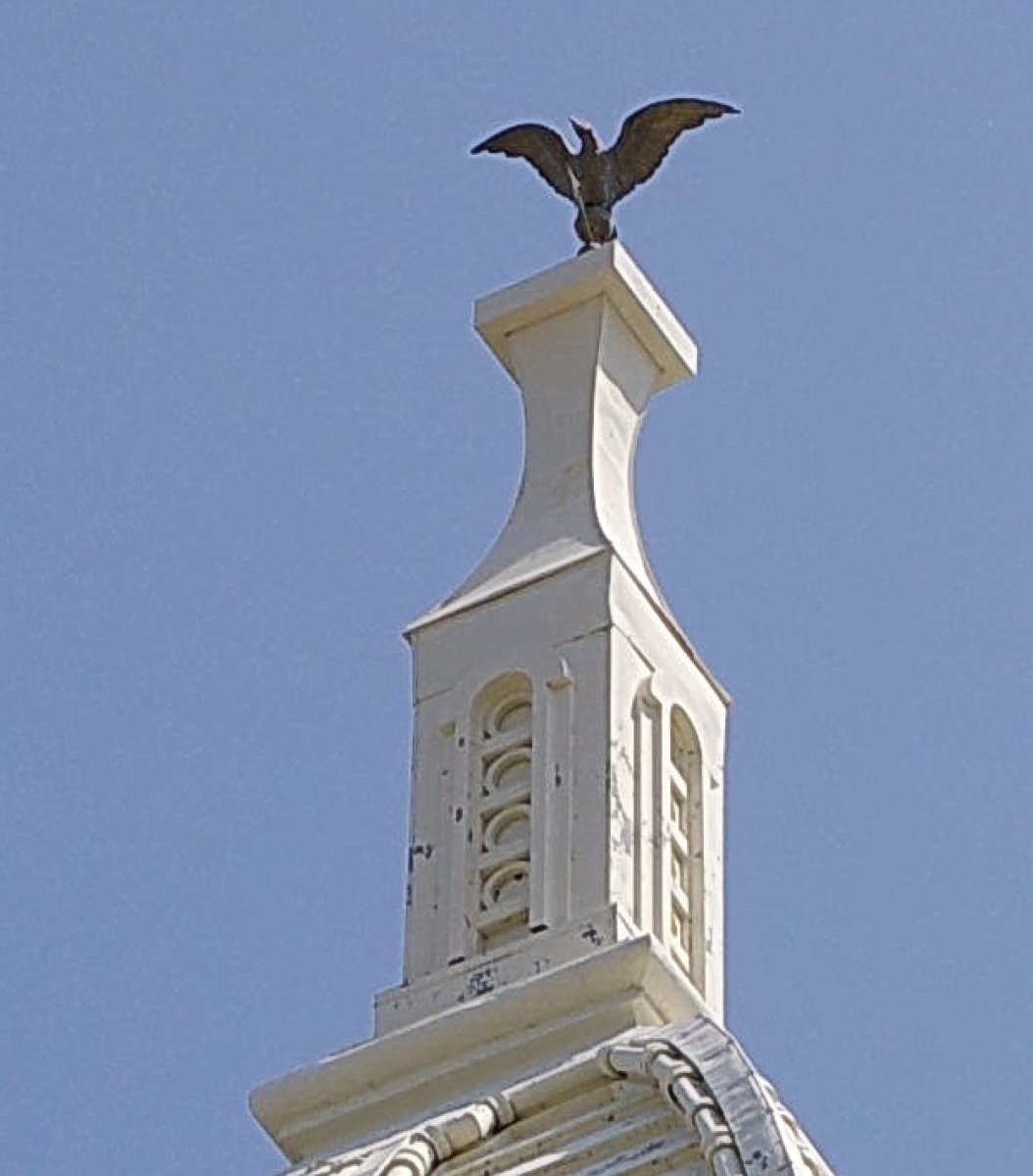 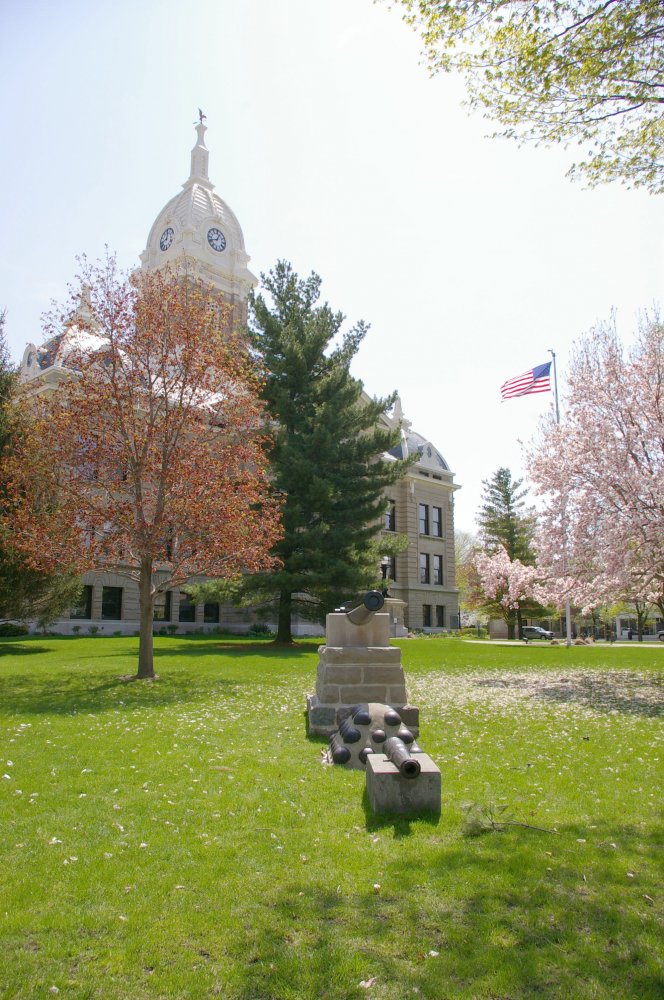 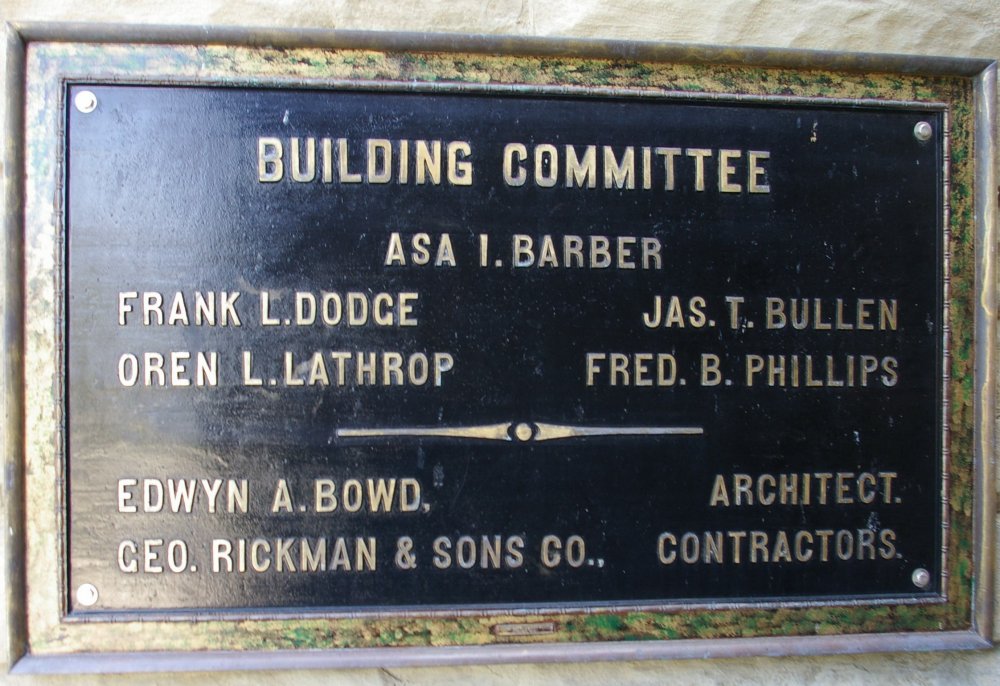