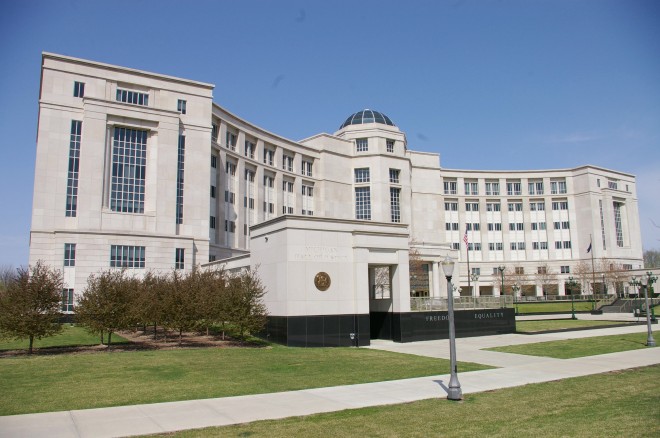 Description:  The building faces east and is a six story limestone-clad structure with a gently curved horse-shaped façade. The interior of the building is organized around the circular colonnaded lobbies on each story. There is a large rotunda at the east entrance. The Supreme Court Chamber is located on the top floor  with a sixteen foot skylight dome.The building is named as the Hall of Justice. The State Capitol is located on the east side. The building also houses the Michigan Court of Appeals.

Note:  Lansing and the Supreme Court are located in Ingham County.. 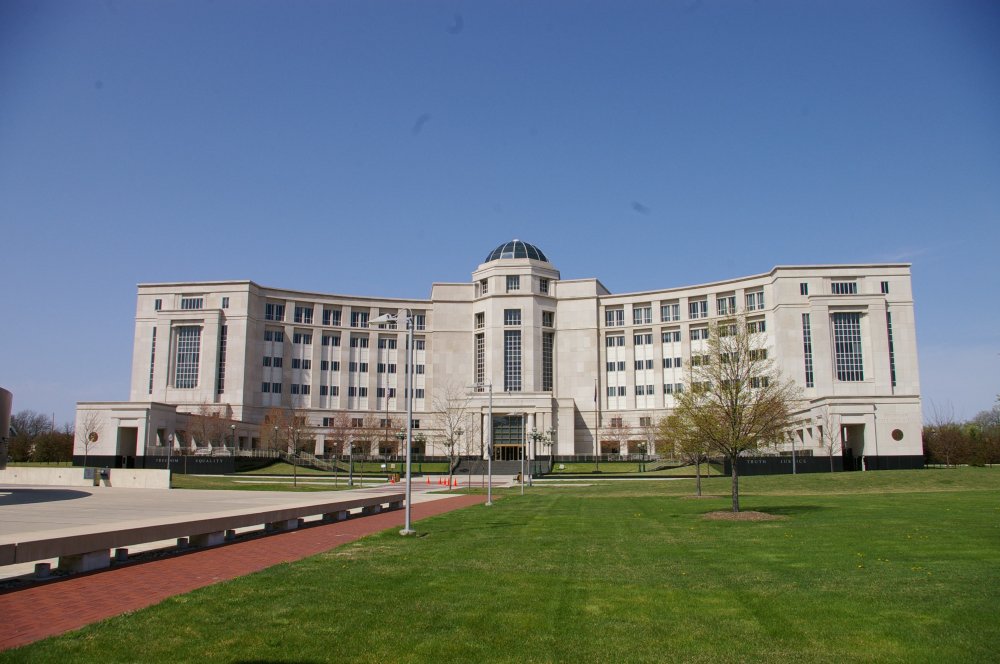 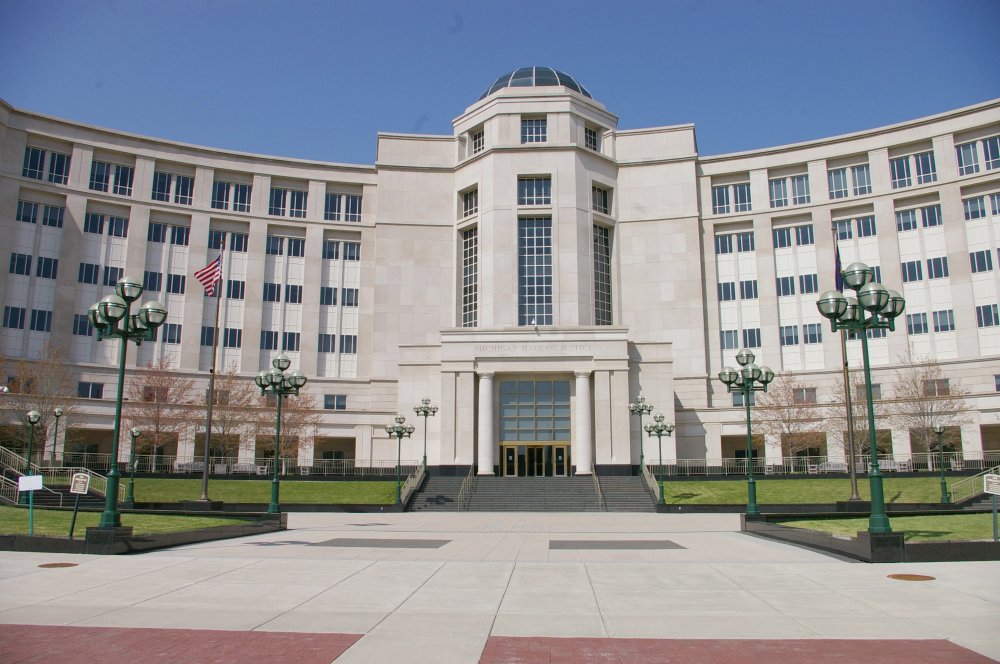 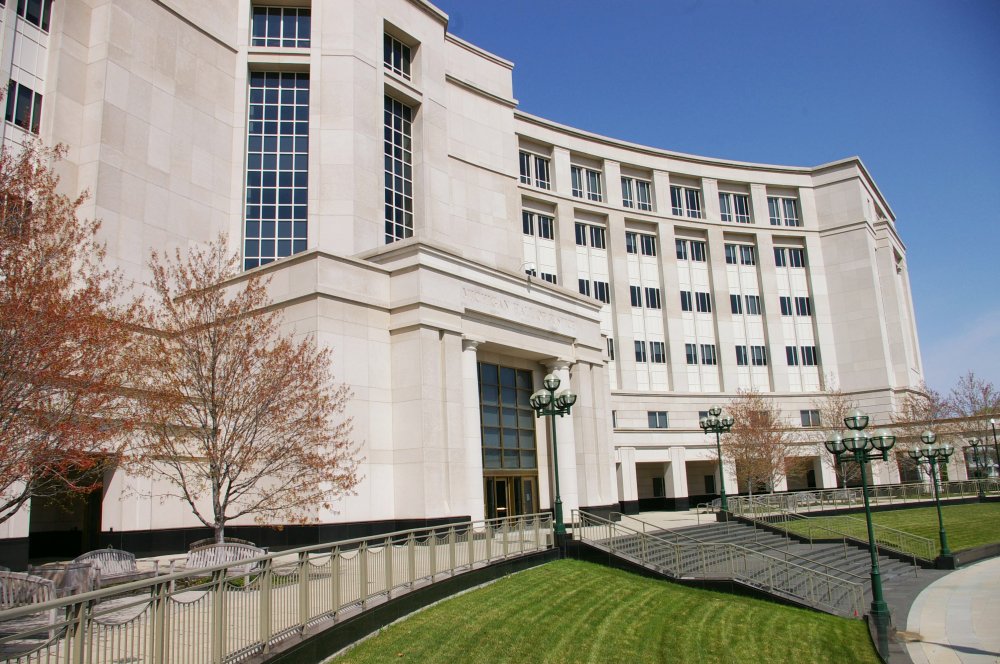 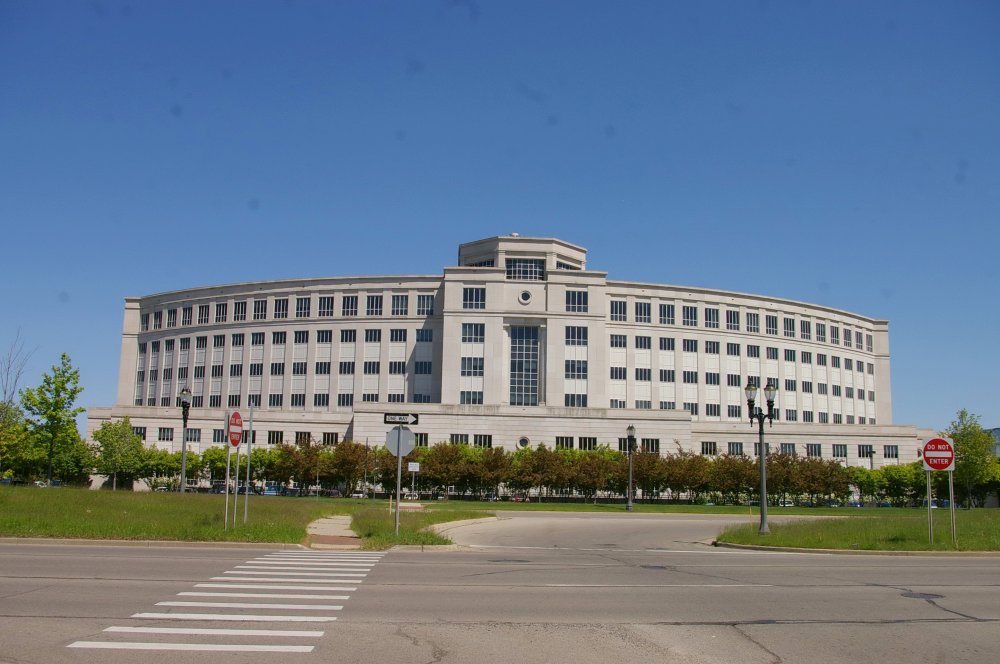